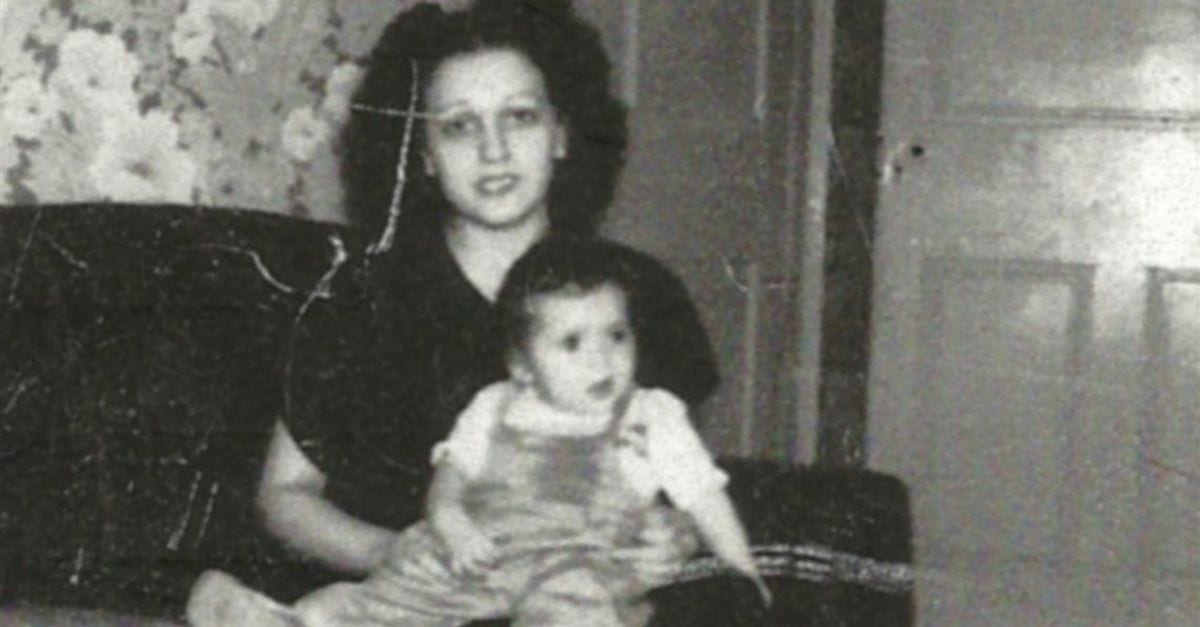 It was an icy morning in Pennsylvania, and contractors were renovating a wooden deck attached to a 100-year-old home in Pittsburgh. But when they began pulling up the old and rotten wooden decking, they made a discovery. Something had been buried there, beneath the home’s deck.

An ominous mystery had been hanging over the town for decades. Was it about to finally unravel? 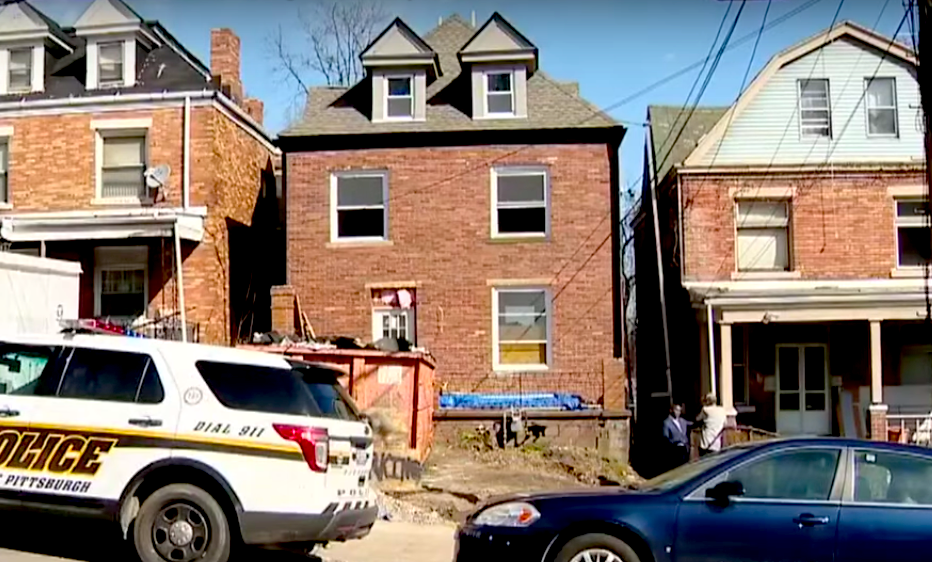 On Black Street in the northeastern part of Pittsburgh stood a red-brick house that was built at the start of the 20th century. In 2018 the new owners decided to renovate the building and the project was set in motion.

In the rear of the property, construction workers found something that would change the house from dream home to the stuff of nightmares. 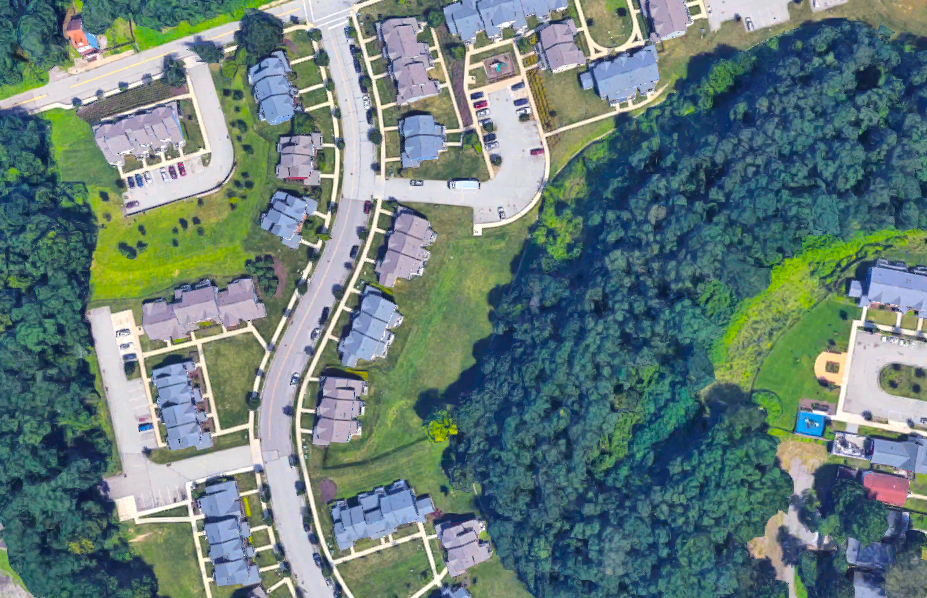 Once they had lifted the deck the workers froze in shock and horror at what they had discovered. They immediately called the police and soon a large scale investigation was underway.

While trying to identify what they had found, no one realized that they were about to solve an almost 50-year-old mystery.

Ghosts From The Past 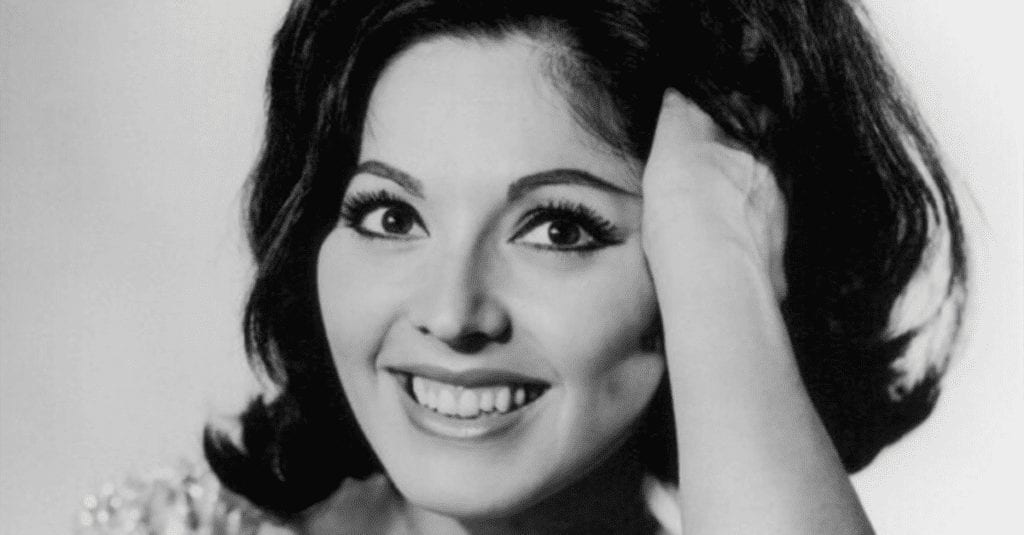 Therese Rocco, a retired cop, had been haunted by an old mystery but would soon be able to put it to rest. When Rocco was a child, her neighbor, Mary Arcuri, lived in that house and had disappeared from it without a trace in 1964.

Most people had assumed she’d simply abandoned her husband and children in an attempt to get away from a broken and failing marriage. However, it seems that the more sinister rumors had been true all along. 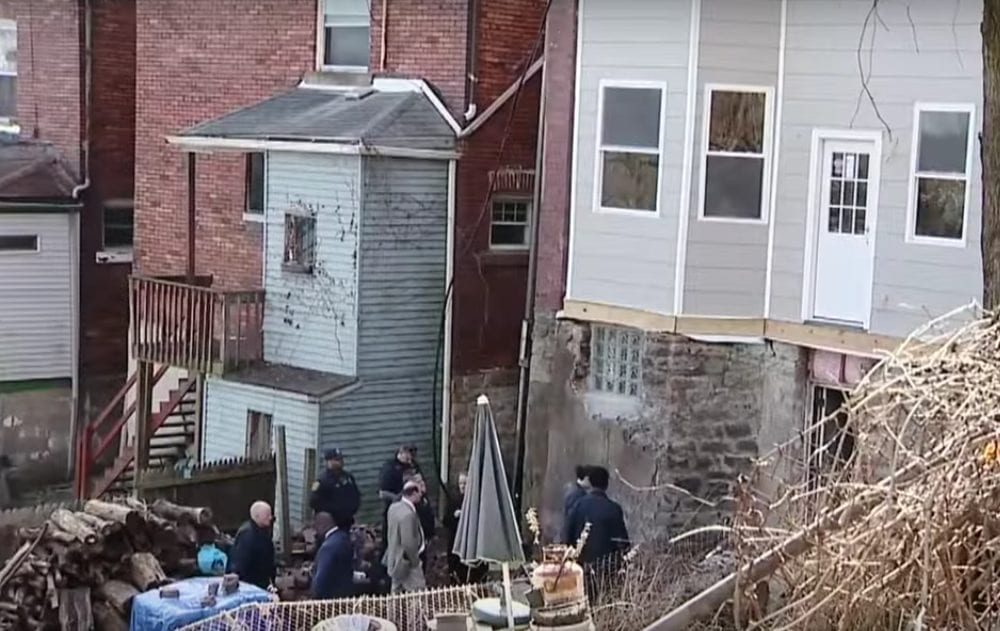 Almost half a century later, the Arcuris’ home would provide the world with a new clue. Whether or not it would solve the mystery of Mary’s disappearance remained to be seen.

Rocco, however, was determined to get to the bottom of this old mystery. She wasn’t prepared for the details she was about to learn though. 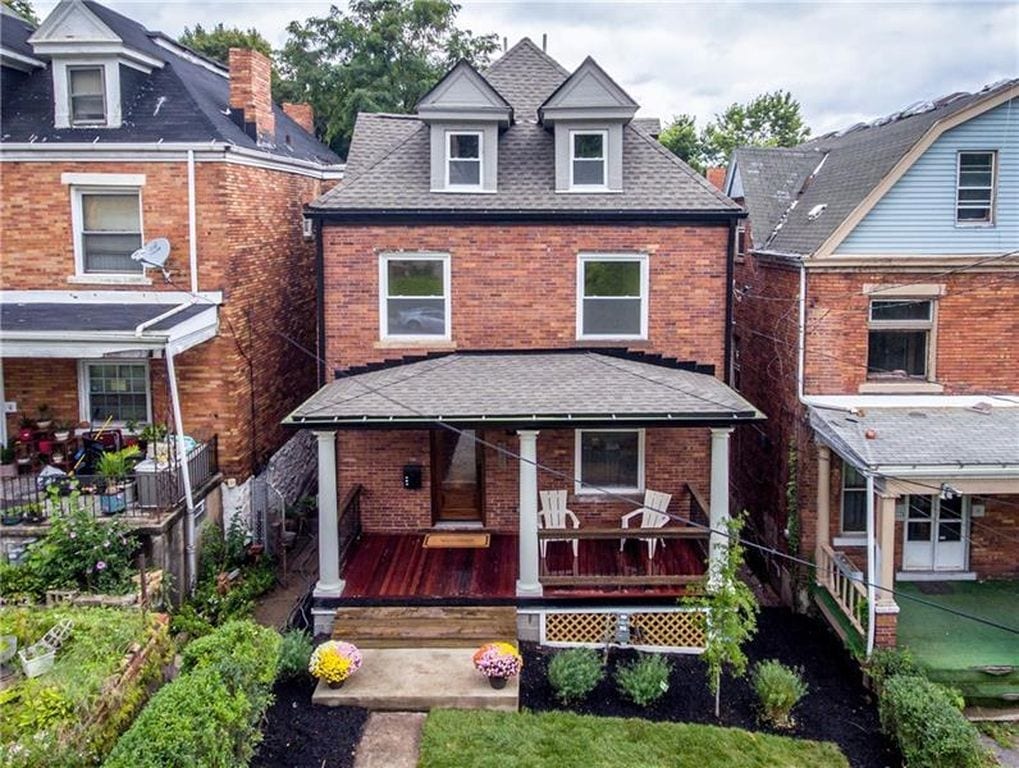 Over the years, several owners had remodeled part of the house. By 2018, most of the house had been changed over the years. When the new owners moved in, they decided that they wanted to remodel the back yard too.

The contractors who had started working in the deck, however, were in for quite a shock. 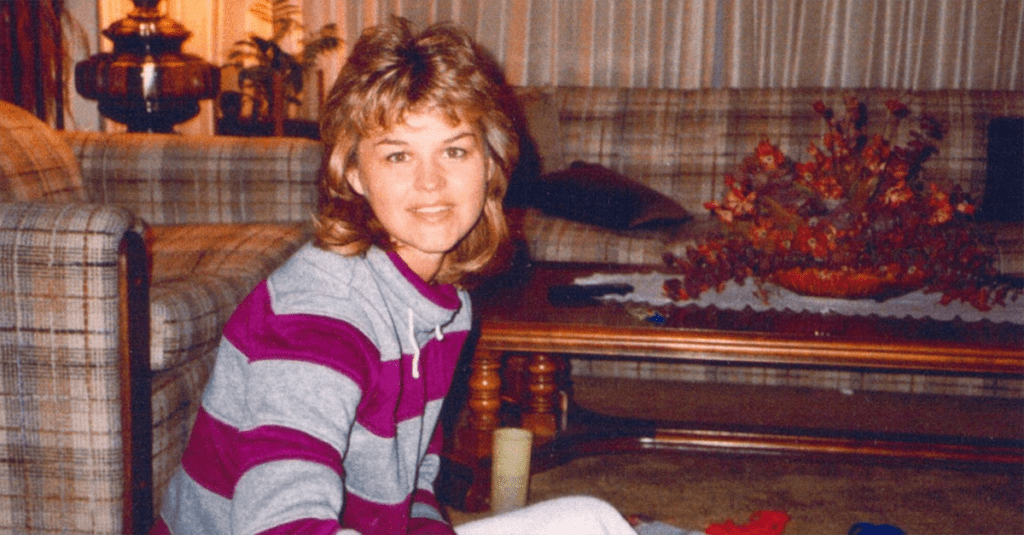 On the morning of February 28, the contractors were busy renovating the deck that ran along the rear of the house. They began removing the rotten wood of the deck’s frame and started digging a new foundation.

That’s when the hit something in the dirt and started to clear it off. When they got a better look they all recoiled in horror. 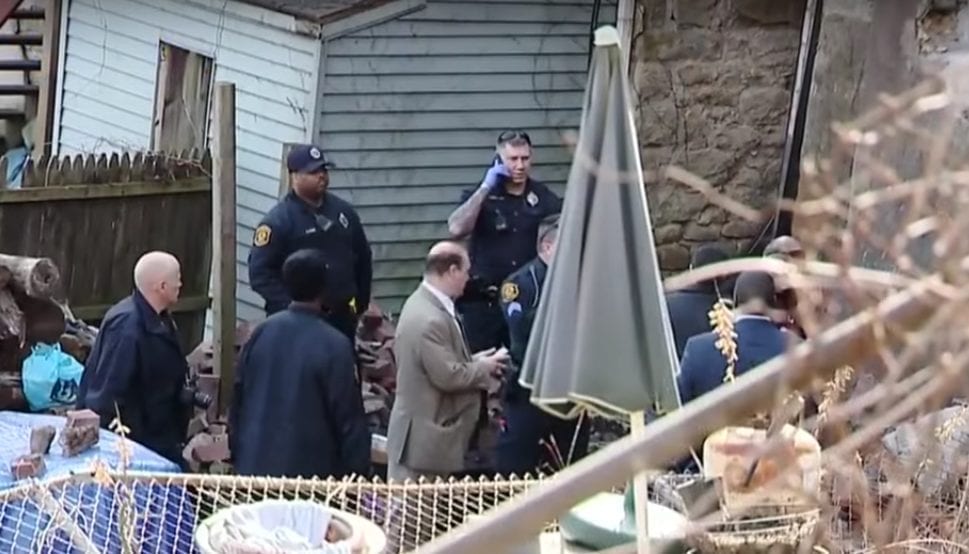 Upon making their discovery, the workers immediately called the police. Soon the house would be swarming with police in the midst of a full-scale investigation. The construction workers had found someone’s remains buried under the house.

At first, the police thought the remains might belong to a missing woman but after Therese Rocco was asked to help with identifying them, things took a bizarre turn. 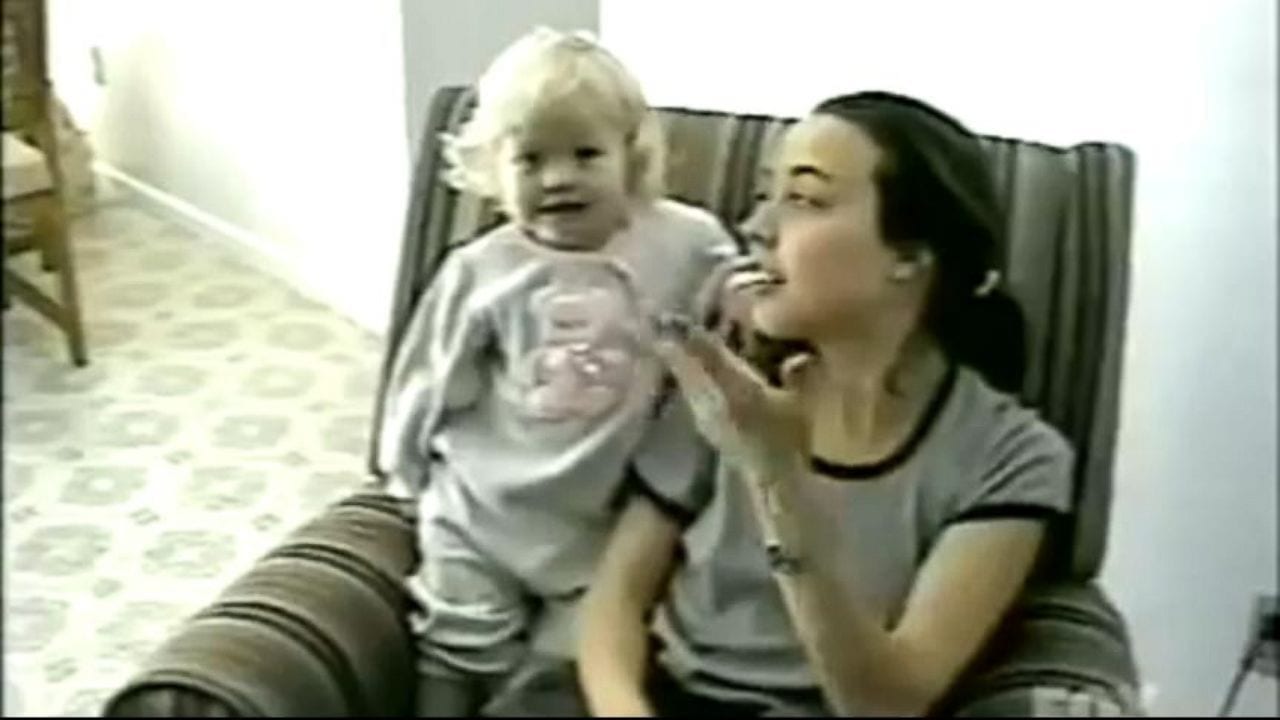 Call it fate, coincidence, or serendipity that she used to live near the 5445 Black Street house, but Therese remembered the couple who lived there at the time, even vividly remembering the bond she and Mary had shared. “I was just a young girl, and [she] came to the door with this tiny little baby.

And she put the baby in my arms and said, ‘I want you to be the godmother,’” Therese remembers.

The House On Black Street Mary and her husband, Albert, bought the house in 1960. They would live there for several years along with their two children. Sadly, their relationship was in trouble and Therese remembers the struggles Mary faced.

1964, however, would see the Acuri home forever changed. 1964 would be the year where Mary vanished without a trace. Albert would relate how Mary packed up and left him to care for their children alone. At the time Therese had just finished her police training and was the head of the local missing persons unit.

No missing person’s report was filed for Mary as she left of her own free will. This wouldn’t stop more sinister rumors from surrounding the case, however. Some of the rumors claimed that Mary had not been faithful to her husband. However, Mary’s disappearance puzzled everyone. Therese admits that she was no exception.

“I knew there were problems, and I thought, ‘Leave it alone,’” Therese recalls. “But I also wondered why she didn’t try to get in touch with her kids.” Therese wasn’t the only one to grow suspicious, however. Some of Mary’s relatives who lived in a different unit at 5445 Black Street, also expressed their concerns and doubts. “My mother, we talked about it, and she knew something happened to her,” Charles Sberna, just a boy at the time of Mary’s disappearance, said in an interview with the Pittsburgh Post-Gazette. Soon the whole town was gossiping about the disappearance. Some people even claimed that Albert himself had permanently dispatched his wife. However, these were nothing more than unfounded suspicions. Nothing pointed to or proved such foul play. That was the reason why Mary’s disappearance was never investigated.

For almost 50 years Mary’s location was a mystery. That changed once Therese was called about the unknown remains found at Mary’s old home. 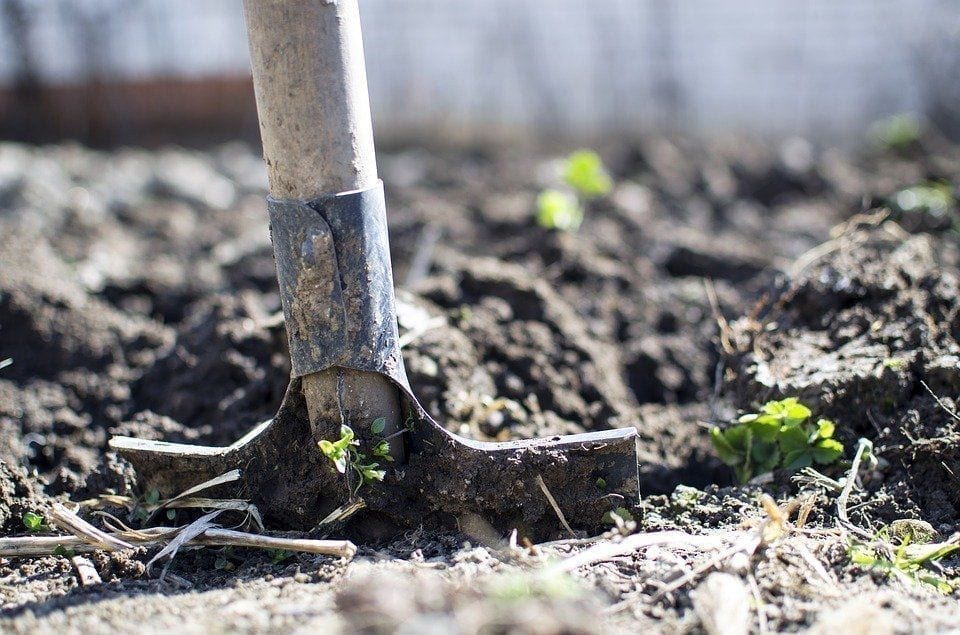 Soon, Therese was able to prove that the investigators’ initial theory was wrong. And when she realized where the body had been found, she began to wonder if it could be connected to Mary’s disappearance. And so, she put the police in touch with her goddaughter.

Using DNA testing, investigators were quickly able to discover the truth. Tragically, it was Mary, and her body had been buried in the backyard of her family home. 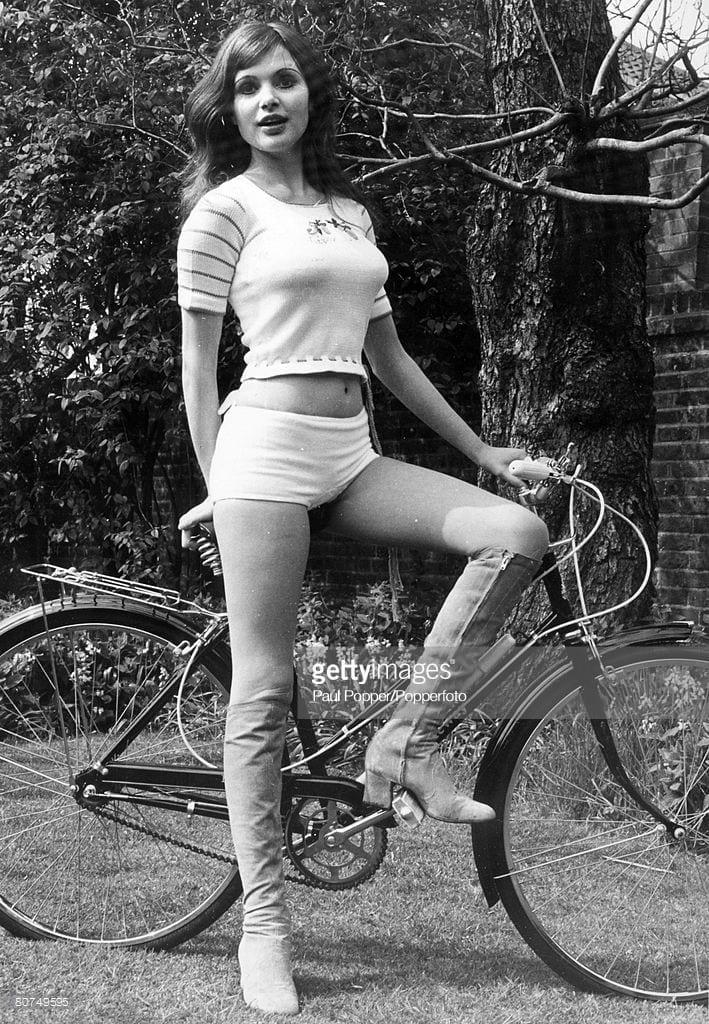 Before making news of the discovery public, police reached out to Mary’s surviving family members to inform them of what had been uncovered. “It’s good we found out,” Charles said. “We waited all these years.”

But even though the development finally gave him some closure, he regretted that many of his older relations had died without knowing the truth. Therese wasn’t surprised to find out that her neighbor and friend had been dead all along.

“When you don’t know where a person is for a number of years and you don’t hear and there’s no indication that there’s a communication of any sort, you generally have to think the worst,” she told KDKA in February 2019. So what had happened back in 1964? And how had Mary ended up dead and buried – with Albert insisting that she’d run away? Well, according to Charles, his great-uncle had been a harsh man who hated children.

But was that enough to consider him capable of dispatching his wife? In contrast to Charles’ recollections, however, Therese remembers her neighbor as a mild-mannered man. And even though she accepts that Mary’s death was suspicious, she still struggles to believe that Albert could have been behind it. “I never, in my own thoughts, believed this woman had left,” she admitted.

“And I could never, never believe that this man had any involvement in her disappearance.” According to investigators, Mary’s remains consisted entirely of bones by the time they were discovered. And in this state of decomposition, it’s difficult even to determine the cause of death.

However, they noted that there were no signs of injury, which in turn meant there wasn’t enough evidence to deem the case a homicide. 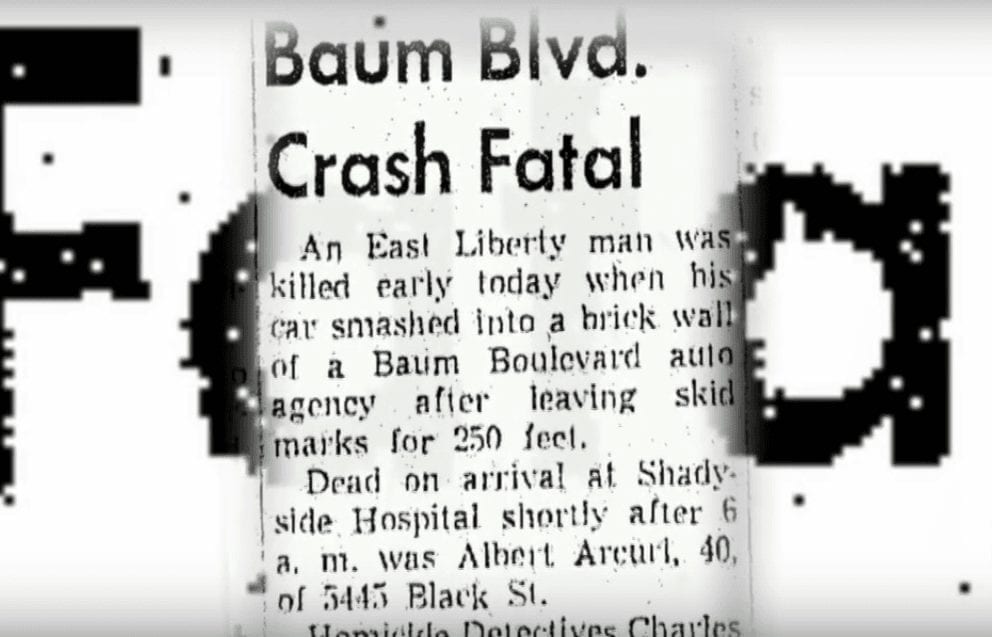 Sadly, then, the mystery may remain forever unsolved. One year after Mary’s disappearance, a tragic story had appeared in the Pittsburgh Press. Apparently, Albert’s car had veered at high speed into a local car dealership around the corner from his home.

According to the report, the accident had been fatal, and Mr. Arcuri passed away at 40 years of age. Therese believes that Albert may have committed suicide by intentionally orchestrating the collision. “That accident was deliberate,” she told KDKA. “He rammed his car on Baum Boulevard into a building, and it was determined that he had no reason to do that.”

Had the guilt-ridden man been involved in his wife’s death and then taken his own life just a year later? For Therese, such an idea is hard to accept. “Even to this day, it is difficult for me to believe he could have killed her, or anyone for that matter,” she explained.

“The mere fact that he buried her right under their home and continued to live there with his two children is almost unbelievable… but it wasn’t long after that, that he took his own life.” Investigators have not yet made any arrests or charges in relation to the death. And according to a press release from a police spokesman, they’ve been unable to shed any light on the strange case.

“Police cannot speculate on how Mary Arcuri died or why she was buried in the backyard,” it read. Six months after the terrible discovery was made, the property at 5445 Black Street went on the market. Just a few weeks later, it sold for a little under $400,000. At the moment, it’s unclear whether or not the new owners know the gruesome history of the home.

And as time passes, it seems less and less likely that Mary’s family will ever get to the bottom of her death. Was the unfortunate woman the victim of a tragic accident, which was then covered up by a broken-hearted husband? Or was there something altogether more sinister at play?

Like the other missing people who never really left home, the story of Mary Arcuri serves as a tragic reminder that things aren’t always what they seem