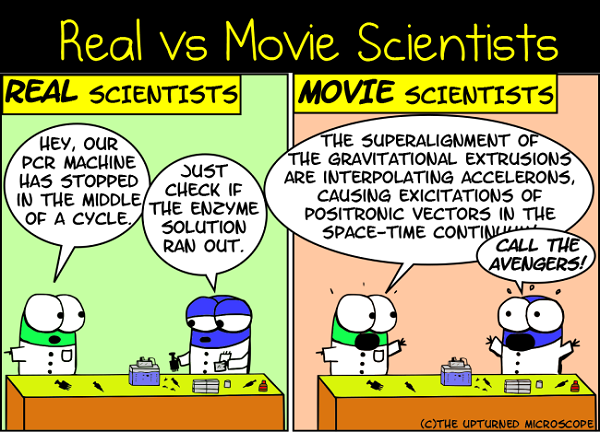 Movie scientists seem to really have it easy. Have you ever found whilst watching a movie, how truly effortless science is? Masterminds tackle dire problems, making light work of life-threatening situations. At most, movie scientists generally need about 15 minutes to solve all of earth’s catastrophes. Wouldn’t that be grand? This, however, poses the question of how plausible movie science actually is. Yes, one should never take films too seriously. But surely, there must be some sort of truth hidden within them. So, when writers and directors create a film, are real scientists consulted? Take a look at the humorous side of science fiction vs reality below.

Believe it or not, there are such things out there as science advisors. Well, people, not things. A science advisor is dedicated to guiding the show or film creator along the correct scientific path. Hence, the science advisor maketh the movie scientist. Many hit films were receiving flak from the science world when their theories just didn’t add up. As such, Hollywood got wise. They began to head hunt and employ individuals to advise them on science-based plots. Some of the most surprising shows actually have advisors, such as Breaking Bad. Other hit titles such as The Big Bang Theory and 12 Monkeys also employ specialists in the field. However, some titles were not so wise. One film genre missed the scientific boat completely; space.

So we all know that popular saying “In space, no one can hear you scream”. Well, it’s pretty darn accurate. Space is a vacuum. This means, there is nothing in it. Sounds are a series of vibrating waves. These waves need to vibrate particles in order to be audible. In space, there is absolutely nothing to vibrate. Meaning sound can neither travel nor be emitted. Therefore, for the real effect, next time you watch a space battle scene, turn off your sound system. Then you’ll really know what the battle sounds like. So, if movie science is so far off, why do we do it?

Now that you’ve turned off your surround sound whilst watching a space action, take note of how you feel. If the answer isn’t bored, you have the patience of a thousand men. We as humans crave something known as hyper-reality. If the film isn’t bigger, badder or more explosive than real life, we aren’t interested. This is why science is blown so vastly out of proportion. We don’t have two years to sit and watch a movie whilst the on-screen heartthrob solves the cure to save humanity. We need instant gratification. But still, comparing real-life scenarios to actual movie science is a real hoot. Take a look for yourself at The Upturned Microscope‘s view on movie scientists and have a giggle while you’re at it. 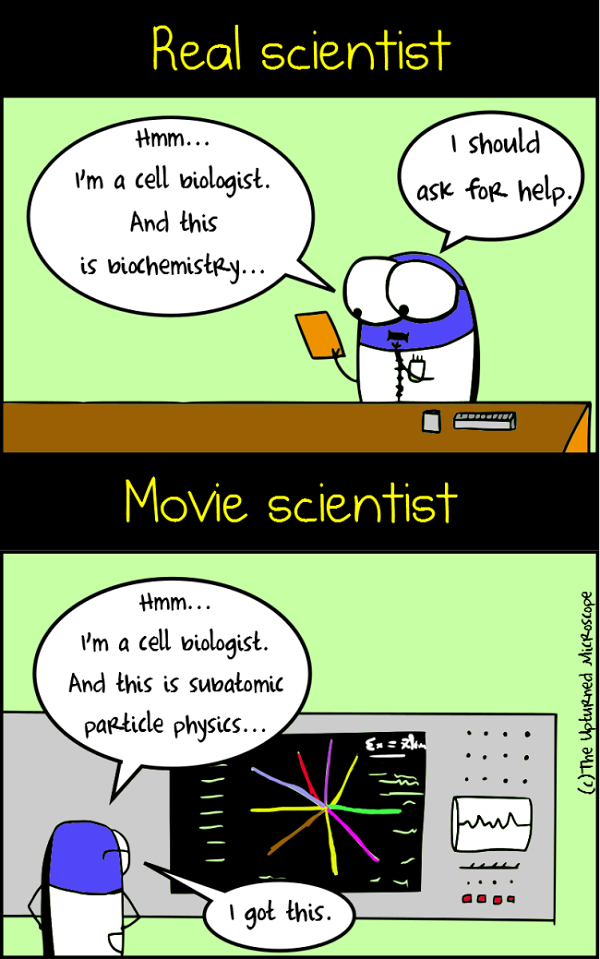 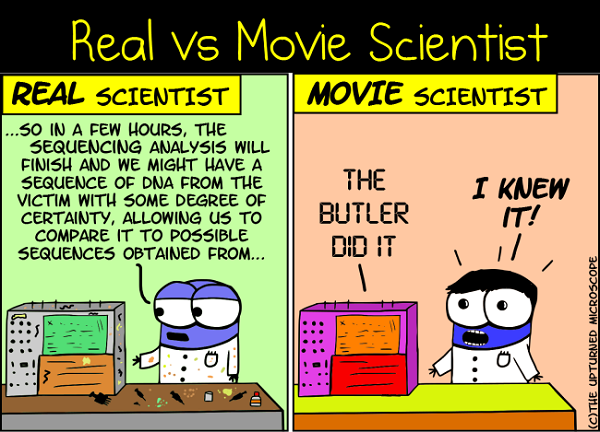 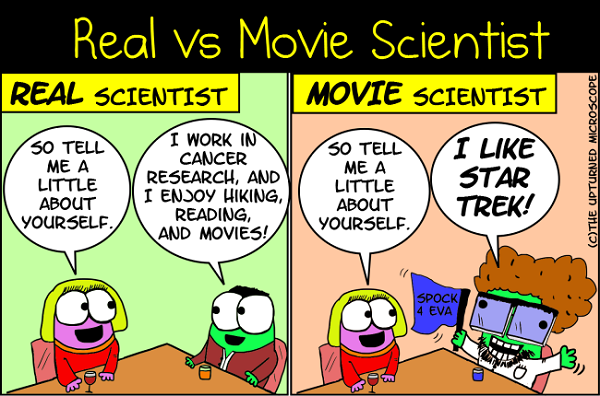 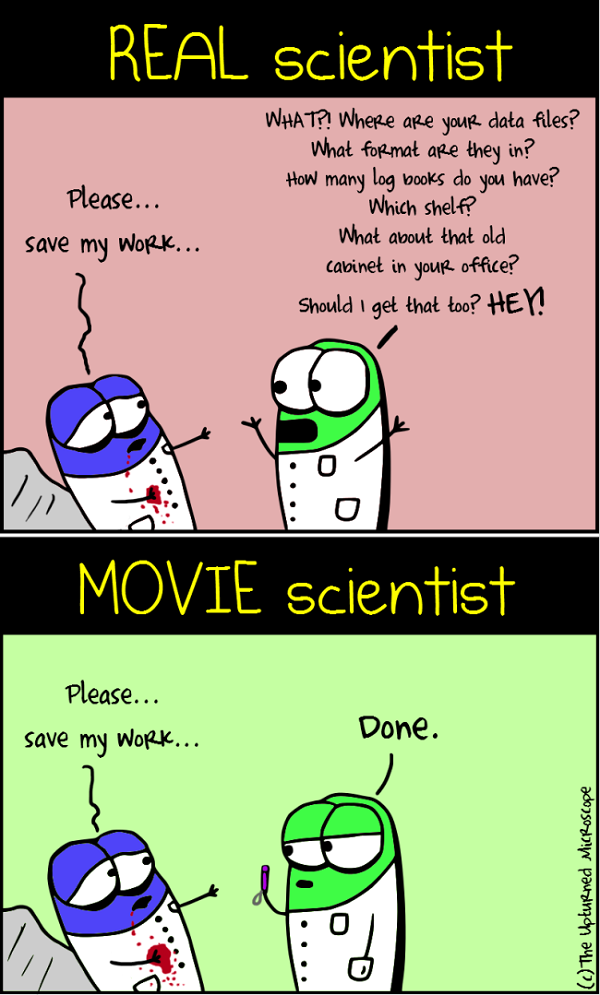 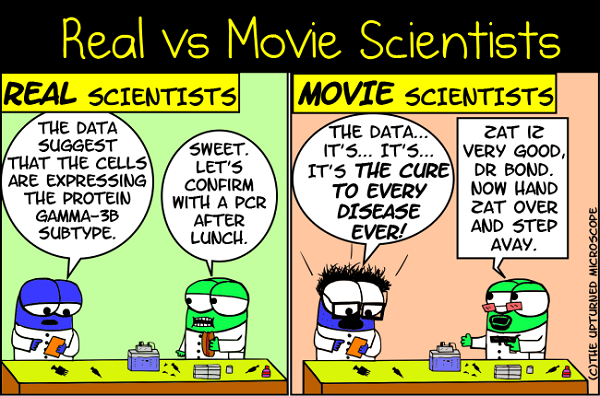 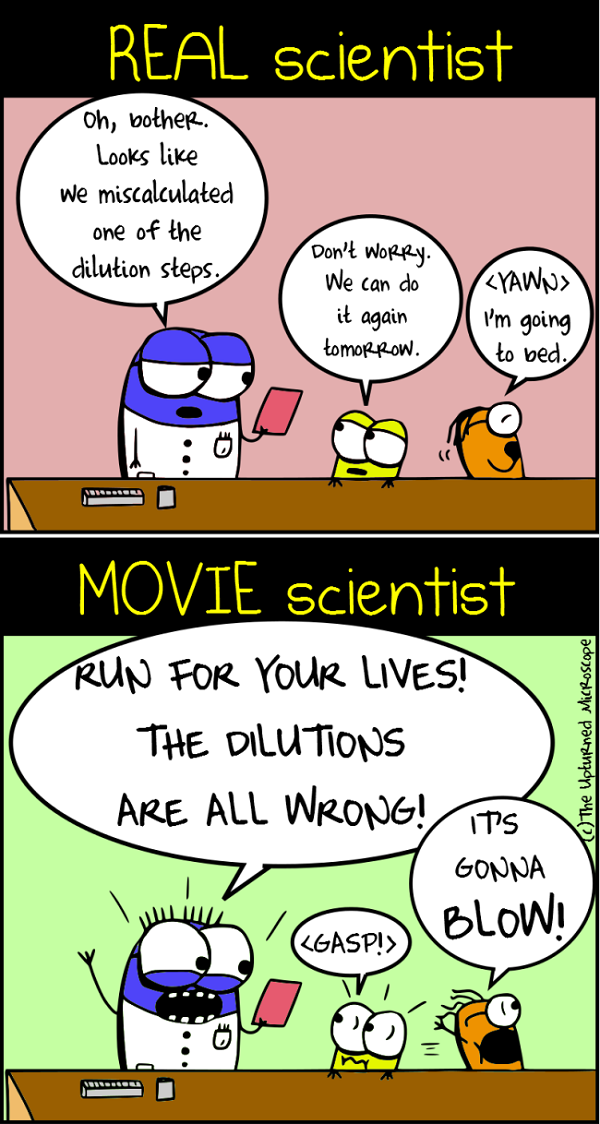 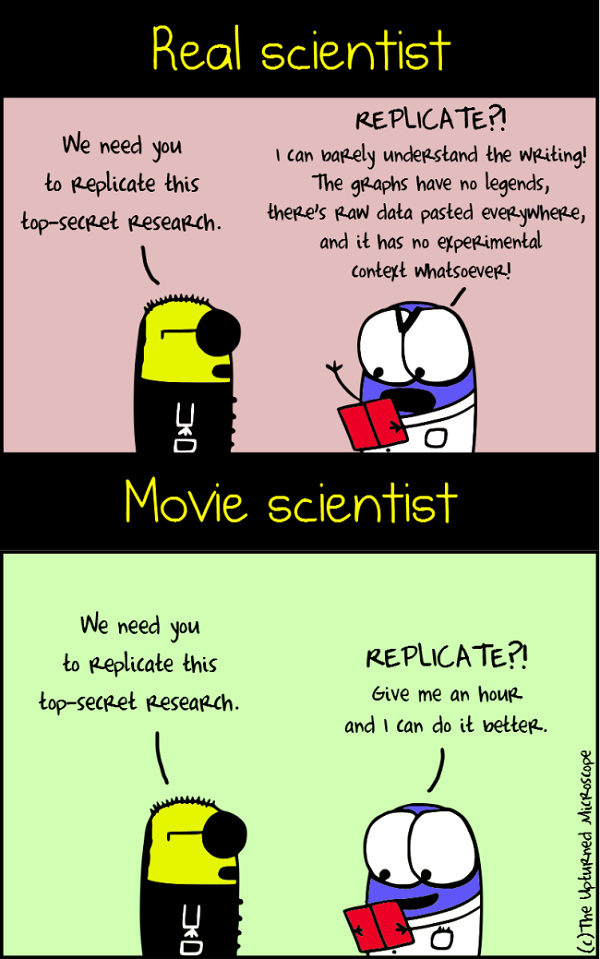