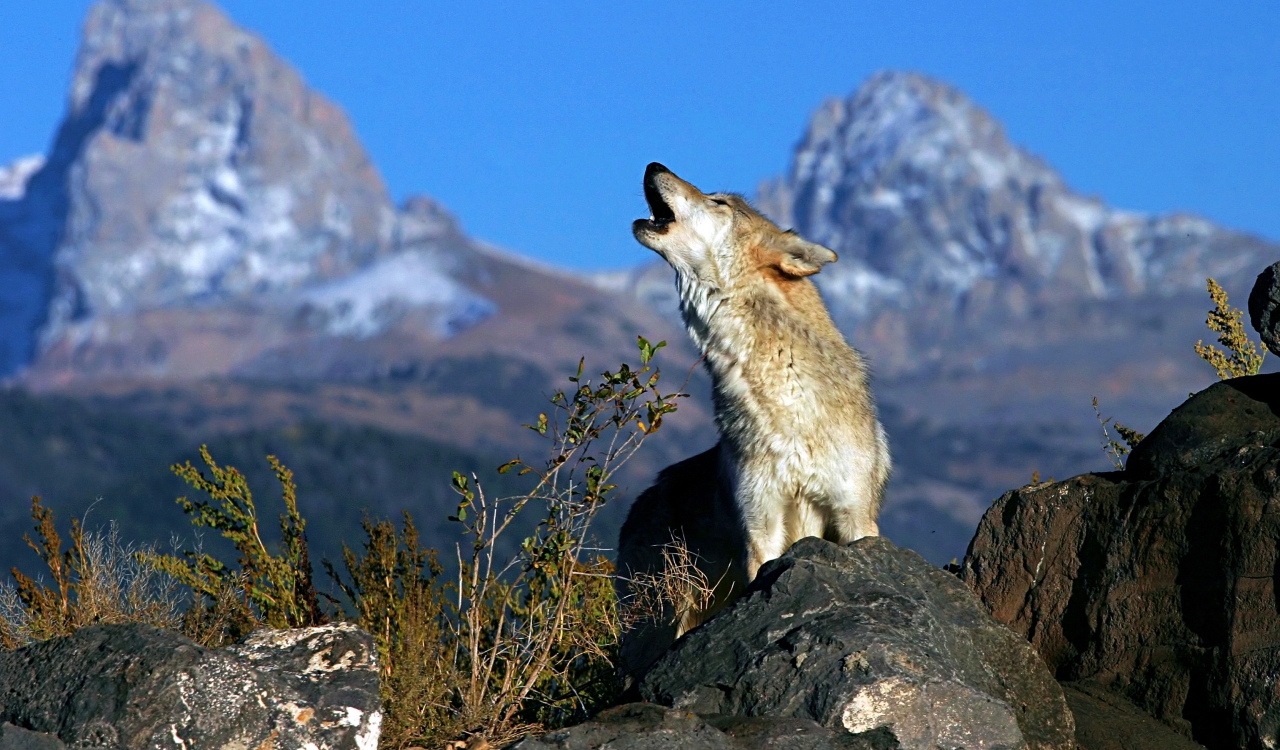 There are a ton of parasites in the world today, but most of the time we never come across them in the developed world. Little things like purifying our water supply and cooking our food have allowed us to avoid many. Yet animals such as wolves do not have this luxury most of the time.

That has caused some to come across a relatively rare parasite known as “Toxoplasma gondii.” Any warm-blooded creature, including humans, can be infected by this parasite. While there are many possible hosts, only cats seem to be the animal where the parasites undergo sexual reproduction.

In humans, Toxoplasma gondii can cause several problems, such as a weakened immunity to other sicknesses. This makes sense considering the body is busy fighting off the parasitic invader. Yet curiously, it also causes lung and brain disease.

In wolves, it can cause a lot of the same issues and several of the species are becoming infected in Yellowstone National Park.

Wolves At Yellowstone Are Taking Risks

One of the biggest things this parasite will do is allow the wolf the ability to forego traditional ways of doing things. This wolf will no longer seem to enjoy the idea of following in a pack. The parasite causes the wolf’s brain to be altered, forcing the creature to forge out on its own.

In doing this, the wolf will take a lot of unnecessary risks to achieve goals. It could be that it might try to take down an animal far too large, or possibly get into fights when it might normally never do so. That is just the tip of the iceberg too.

This essentially can do a few things for the wolf. It will become a literal “lone wolf” or other wolves will see the brashness and begin to follow this infected wolf, setting them up as a “pack leader.”

While there are a lot of benefits…there are even more problems with this. According to University of Montana Field Biologist Connor Meyer:

“Those are two decisions [leaving their pack and becoming pack leaders] that can really benefit wolves, or cause them to die.”

What Is Causing The Newfound Aggression?

What is causing this behavior among wolves? Essentially, this parasite is quite potent. Toxoplasma alone can have pretty big complications for wolves.

Single-celled T.gondii has a track record of altering animal behavior, such as the aforementioned cats that allow the parasite to reproduce inside their small intestine. The parasite often gets a ride out of cats through feces and eventually, this can make its way into the local water supply or be checked out by curious animals.

In turn, they are infected. The parasite is actually able to manipulate the host’s behavior by merely altering two hormones. That is what causes their host to become bold and/or more aggressive.

In fact, testing mice, scientists found a very interesting turn of events. Mice are traditionally afraid of many animals but are often afraid of cats. Yet when the mice are injected with this parasite, they lose their fear of cats. Of course, this usually results in the mice ending their life.

Once a mouse with this parasite is consumed, the cat then becomes infected with the very same parasite.

Naturally, when they know the process this parasite goes through…they also realize that wolves could be putting themselves at risk, potentially dwindling the population. Meyer and his colleagues decided to test gray wolves at Yellowstone to see if any parasite were causing their behavior.

Yellowstone lost a lot of its wolves due to extermination programs and loss of habitat in the early to mid-1900s. By 1973, the only remaining wolves were endangered. They were then reintroduced here in 1995.

This is important to know because it allowed scientists to keep track of them for nearly 30 years for study. Thereby allowing them to have a lot of blood samples along with tons of data on wolf behavior and movement for at least 229 of the wolves.

In regular wolf culture, leaving your pack is very bold and unlikely. To go out alone results in higher rates of danger. It also could cause them to be unable to take down specific prey that they’d normally attack with pack members helping them. Yet this parasite makes them take more risks and can cause wolves to die from their decisions and lone mentality.