We know that Mother Nature has all manner of surprises up her sleeves. Our genetics offer up a multitude of interesting features and quirks that make us all unique in some way or another. However, the following people have some truly unique genetic features.

Little Girl Born With A White Patch Of Hair 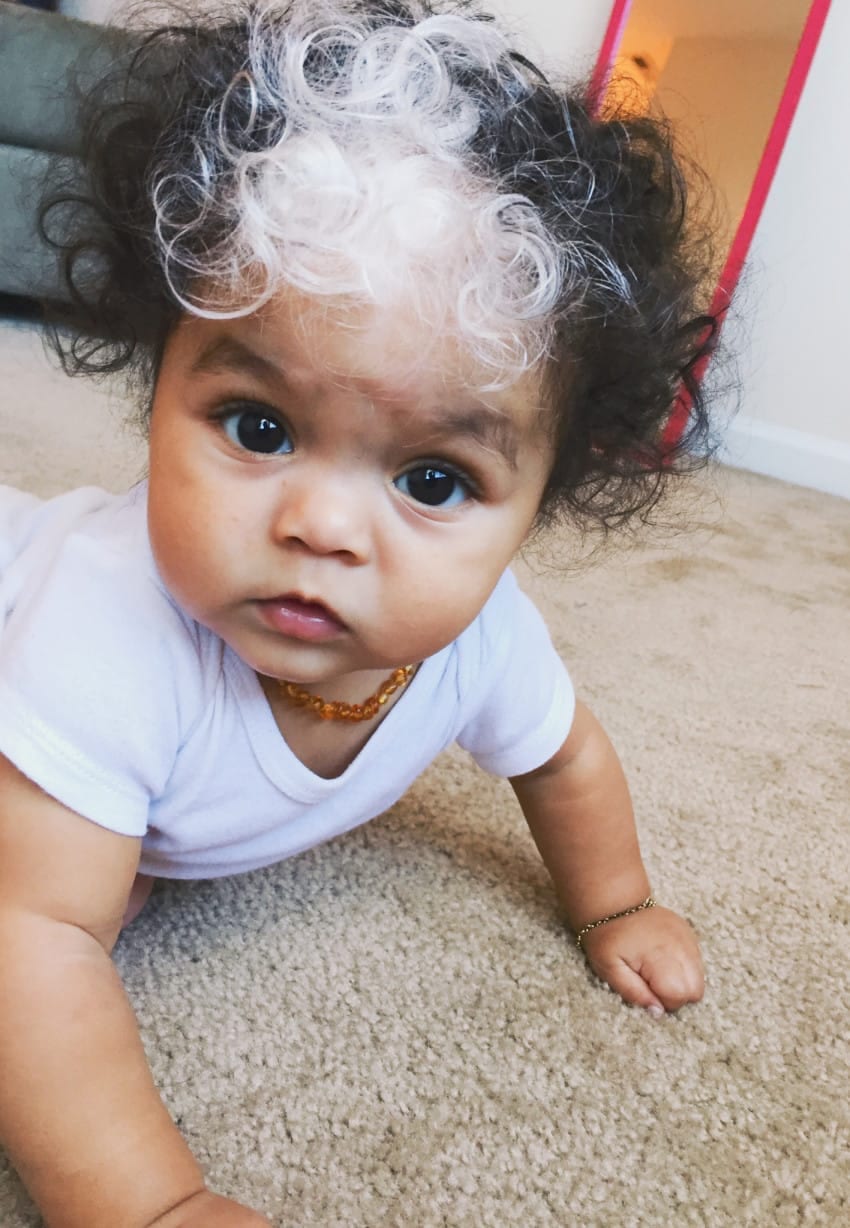 The condition where one grows a single grey patch of hair, reminiscent of Sweeny Todd, is called Poliosis. It’s a condition where the melanocytes no longer produce melanin. This could be either as a result of “piebaldism” or it can be hereditary.

There is a very rare condition known as Waardenburg which affects only 1 in 40,000 people. First identified by a Dutch ophthalmologist, D.J. Waardenburg in 1951. It not only affects the irises but also the pigmentation of hair and skin too. It can also affect vision and hearing. 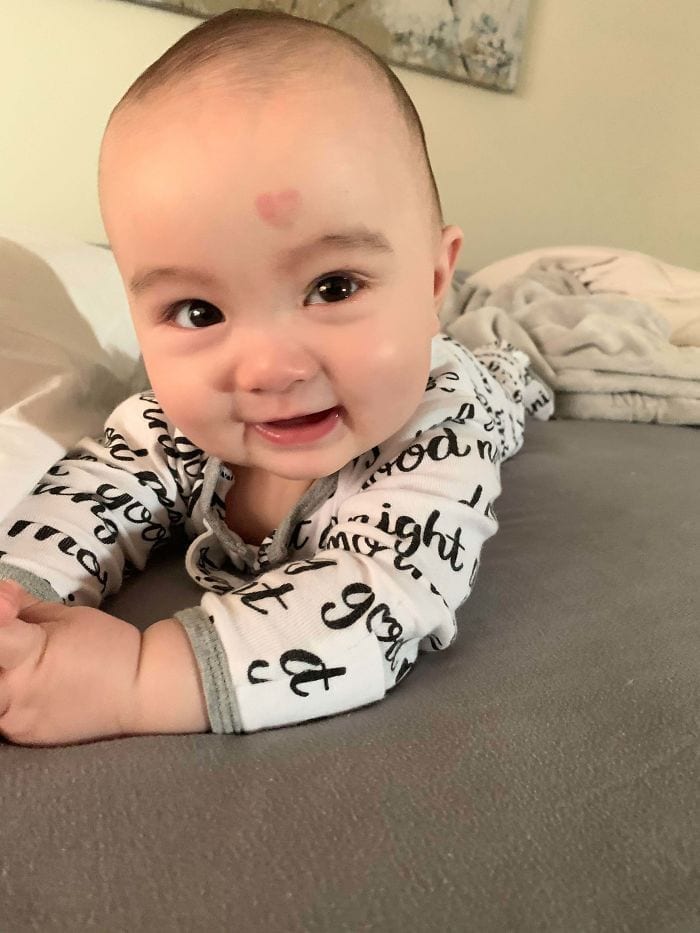 Almost everyone has at least one birthmark and we don’t even think about it anymore. Birthmarks are a result of an overgrowth of blood vessels, melanocytes, and keratinocytes and first, appear soon after birth. Some birthmarks fade away while others remain permanently. 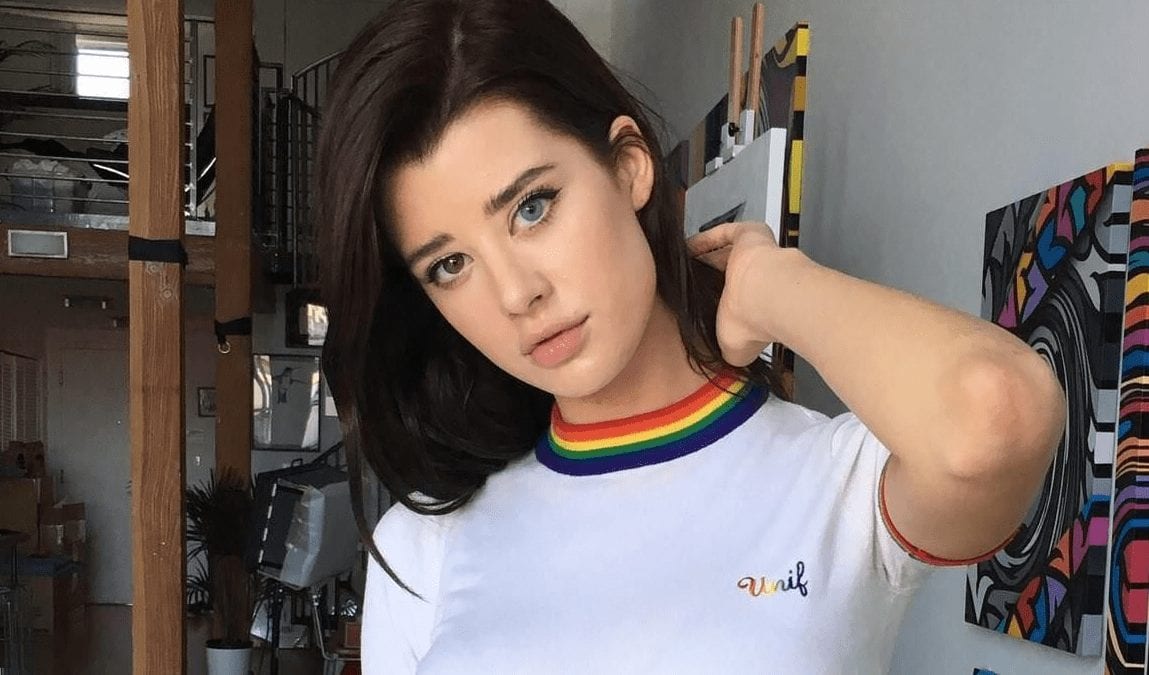 Heterochromia is when a person has two different-colored eyes⁠. There are no other symptoms related to the condition, however. This feature has become such a popular quirk that some people wear contacts to recreate it. Only 70 to 140 million people in the world with red hair so having both is quite unique. 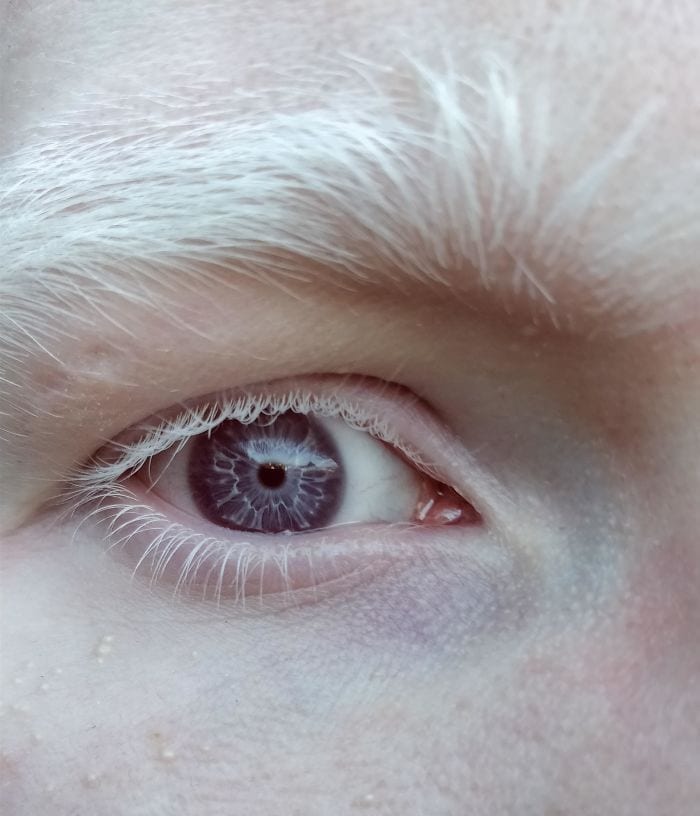 Albinism is the absence of pigment in the skin, hair, and eyes. It is more common than you realize as one in 18,000 to 20,000 people have some form of albinism in the US alone. In this picture, the purplish color in the eye is a result of the lack of melanin in the eye. Sectoral heterochromia is when only a part of one eye’s iris is a different color to the rest of it. While it is rare, it doesn’t have any other symptoms or drawbacks. It is, however, entrancing when you look at it.


Vitiligo Affecting One Side Of A Man’s Face 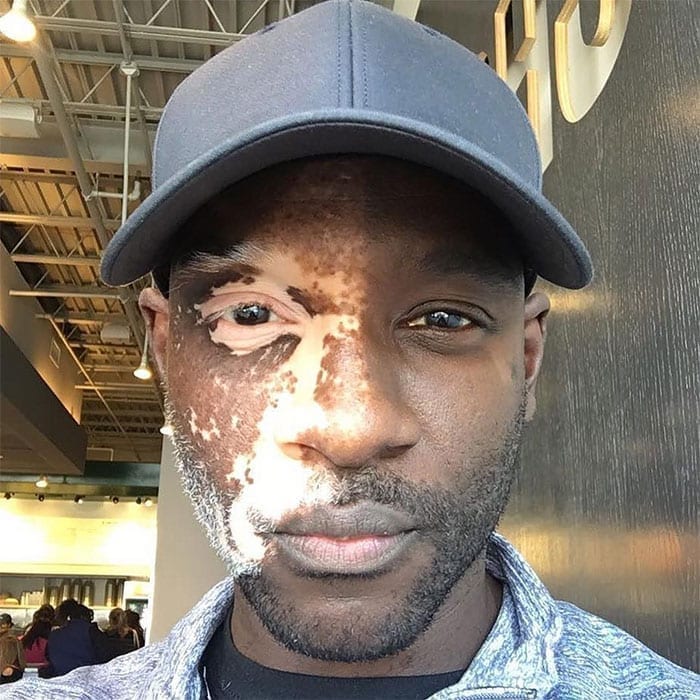 Similar to albinism, vitiligo is a condition that is caused by a lack of melanin in the skin. It causes patches of pigmentless skin and generally occurs on the face, skin creases, neck, and hands. Michael Jackson famously had vitiligo. 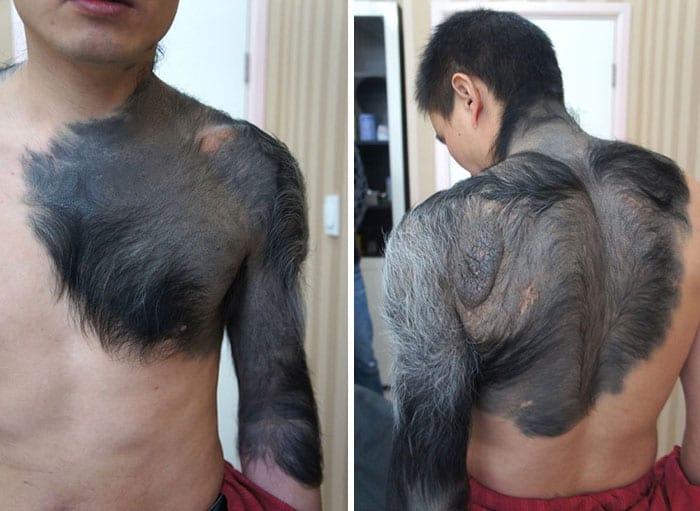 This is a congenital condition that causes darker skin pigmentation in some areas that are also hairy. These generally appear in the first year of a child’s life. These patches also grow along with the person. Bad hair days are one thing but there are only about 100 people in the world have this genetic condition. This girl’s family only discovered her condition by accident as it is so rare and they have to have a very specialized hair care routine.


6 Fingers On Each Hand Polydactyly is when a person has extra fingers or toes. A mere 1 in 700 to 1,000 people have this condition according to a recent study. It has also been found that people with this condition have more agile movement than most people. A rare congenital condition, distichiasis, is when you have two rows of eyelashes. The second row has shorter thinner lashes and the row can have as little as one lash or it can be a full row. People with this condition might be more photosensitive, have irritated corneas, or might be more prone to get conjunctivitis. This can be one of two conditions. It might be coloboma, which is a hole in the structures of the eye and mostly affects just the iris. Coloboma is quite rare, affecting less than one child for every 10k that are born. Or the condition might be corectopia where the pupil is displaced from its position in the center of the eye. Some people with corectopia may need surgery to correct the position of the pupil. There are two main types of vitiligo: unilateral (aka segmental) and bilateral (aka generalized) vitiligo. Bilateral vitiligo can start at any age and it produces depigmentation that is very symmetrical. Meanwhile, unilateral vitiligo usually begins in children and young adults and affects only one side of the body. In other words, this type of vitiligo is asymmetrical. Usually, segmental vitiligo progresses for one to two years and then remains “frozen” for the rest of the person’s life.


Born With Blonde And Brown Hair We all know that your hair color can change a lot during your lifetime. You can be born blond, have brown hair as you’re growing up, and end up with dark, black hair when you’re an adult. There are even people out there who are born with black hair and then turn blond later on! Hair genetics is weird! While some people have lighter hair because they spend a lot of time outside in the sun, others naturally have streaks of different-colored hair. Fascinating, isn’t it?
Must Read
Early Human Migration To The Americas Now Linked To Climate Change
Can Science Bring Back The Dodo Bird? One Lab Thinks It Can
Human Geneticists Finally Apologize For Horrific Past Experiments On Humans