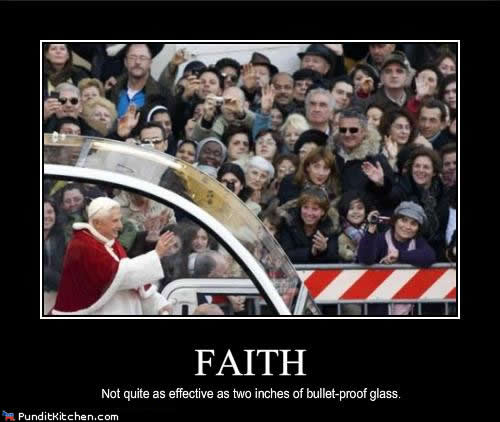 This is a list of questions for theists, believers, faith, God, and religion.  They apply to all religions, though you will note that they are more Christian-centric only because this is the religion I am most familiar with.

These questions are asked with the assumption that God exists and the text in the bible is true.  If these assumptions are false, then all of the questions become irrelevant.  To attempt to answer these myself would be a formidable task, so I shall leave the answers to you, the readers…

If there is one God and one religion, what happens to the rest of the people who do not belong to that religion?  Do they go to hell?  Why should they suffer if they were raised in an area which did not expose them to the “one true religion”?  For example, there are 1.2 billion Catholics.  What happens to the 5.6 billion people who are not Catholic?  What happened to the people who died prior to the organized religion or the concept of God – default to eternal damnation?

If God is all powerful, why does he not just destroy Satan, once and for all?  Why is Satan allowed to tempt humans?  Why would God even allow the creation of Hell?

Why does a perfect God – who is all powerful and has all knowledge – require us to praise Him by going to Sabbath?  Should it not be sufficient for people to thank/praise the God in their own way?  Why does He require praise at all?  Why do only humans need to praise Him, while other species are off the hook? 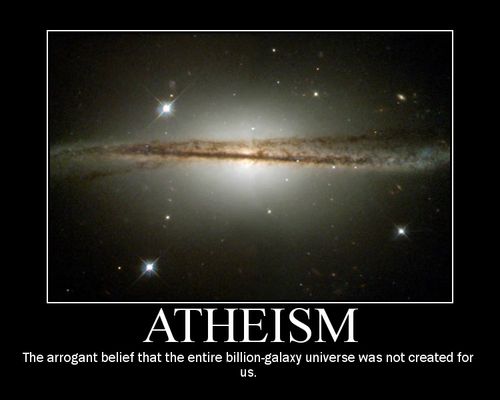 If God created the Earth and all species that populate it, then why would God wait roughly 4.5 billion years before making humans on Earth.  Worse still, why wait roughly 13.2 billion years, the age of the universe, before creating life as we know it?

“Finally, from what we now know about the cosmos, to think that all this was created for just one species among the tens of millions of species who live on one planet circling one of a couple of hundred billion stars that are located in one galaxy among hundreds of billions of galaxies, all of which are in one universe among perhaps an infinite number of universes all nestled within a grand cosmic multiverse, is provincially insular and anthropocentrically blinkered. Which is more likely? That the universe was designed just for us, or that we see the universe as having been designed just for us? (5()”
— Michael Shermer (Why Darwin Matters: The Case Against Intelligent Design) 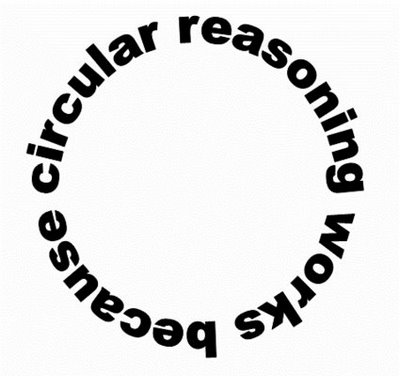 If the Universe came to be in two ways:  from natural processes, or from God.  Theists will say “But what was there before the Big Bang?”.  The answer?  Scientists don’t really know, yet – but they are working on it.  But atheists can ask the same question, “What was there before God created the universe?”… to which theists will reply “God always was, and always will be!”.  Well that’s not very fair now, is it?  Circular reasoning is impermissible as evidence for truth.

If the Bible (or any other religious text) is “truth” and “law” – then is it not strange that humans are accepting laws written by men, and that there are many different versions seen from different perspectives?  Which one is correct?

Why is it acceptable to join a religion that was created by a single man?  For example, King Henry created the Church of England.  How do we know if God approves this religion?  How do we know that any religion is approved?  Why is it acceptable for religions to evolve?  Various religions have changed over time due to cultural pressures – how to we know these changes are “authorized”?  (Don’t get me wrong – it’s a good thing that religions evolve) 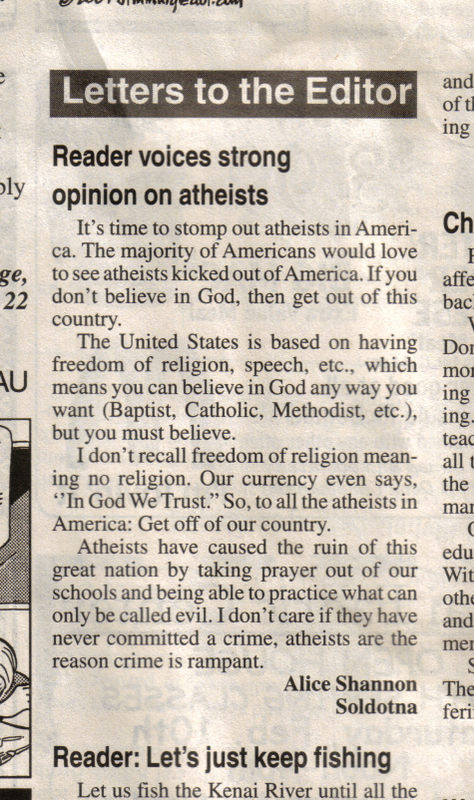 Why is there often contempt for those who question religion?  If humans were given the gift of intelligence and the freedom of choice, why should they be punished for using it?  Why is there continuous conflict between different religions, and between those who believe, and those who don’t?  How can anyone know if they are correct?

Why is the universe, Earth, and life so imperfect?  Why would a god create a world where there is so much… wrong?  Neil Degrasse Tyson says it best in his speech, where he describes how it seems much more likely that our univere was put together by chance, rather than by design.

For example, in our universe, most planet orbits are unstable; less than 3% of a gas cloud actually makes a star;  most places kill life instantly via heat, radiation, or cold;  galaxy orbits brings can bring us perilously close to a supernova; and it appears that we live in a one-way universe that will wind down to oblivion.

On Earth, we have earthquakes, volcanoes, hurricanes, tornadoes, floods, and tsunamis that ravage cities and villages; 2/3 of the surface of the Earth is uninhabitable by humans; mass extinctions occur from  disease, climate change, or asteroids;  90% of all life that ever lived is now extinct; and it took roughly 3.5 billions years before multicellular life arose.

In humans, diseases are common:  childhood lukemia, hemophilia, sickle cell anemia, multiple sclerosis, epilepsy, Parkinsons, ALS, birth defects;, we succumb to vision loss with age, our teeth fall out, we get Alzeimers, cancer, and a host of other age related diseases;  our energy system is inefficient – we exhale most of the Oxygen we inhale;  since we are warm-blooded, must eat constantly compared to reptiles; we are practically comatose for 1/3 of our lives while we sleep; we can’t detect dangerous magnetic fields, ionizing radiation fields, Radon, CO, CH4, CO2, and a host of other poisonous materials.  A perfect design?  An intelligent design?  It sure doesn’t appear to be.  It’s full of mistakes.

How should one respond?

There must be some rules to answering these questions…

Rule # 1: Any response should be refutable; otherwise we’re no further ahead.  For example, “God always was and always will be.” or “God works in mysterious ways…”  or “There’s miracles everyday…”  are not acceptable answers– because it’s impossible to prove or disprove any of them.  It’s fine to believe in unfalsifiable theories, but you must recognize that the idea is then based on faith and not science.  The two should not be confused.