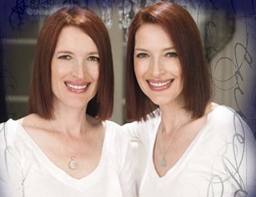 Each year at RelativelyInteresting.com, we take a look at some of the world’s premier psychics and evaluate the accuracy of their predictions. The year 2011 has come and gone, so let’s see how they fared…

Prediction: Tropical Island is evacuated due to volcanic eruption

Wow – so general. Any island along the Ring of Fire could be a target, and that’s a lot of targets. This is an easy “hit” because it’s so predictable. Doesn’t count.

Prediction: Earthquake in California and the famous Hollywood sign is damaged.

Prediction: In February the Beckhams reveal that are planning a divorce.

Not that I care about this one in the slightest… but they are still together as of December 18th, 2011: http://www.ctv.ca/CTVNews/Entertainment/20111218/david-beckham-post-los-angeles-galaxy-moves-111218/

Nope, someone else won. http://en.wikipedia.org/wiki/2011_FA_Cup_Final 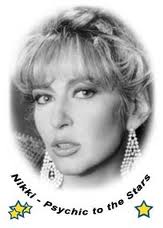 She has hundreds of predictions on her website, but let’s take a look at a few of them…

Prediction: The Playboy Mansion will burn down.

This would have been big news, but alas, it did not happen.

Prediction: A gold rush will occur in Hawaii.

Prediction: A horseshoe-shaped UFO will be spotted over Roswell, New Mexico.

Swing and a miss.

Prediction: A big computer virus will take out large swathes of communication for a 48-hour period, which could affect air travel. 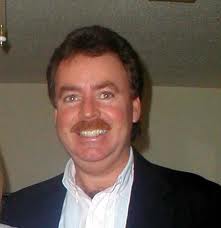 According to Monte, “I have been having psychic experiences since I was 8 years old, but have been working with Angels & Guides for the last three decades doing readings and workshops for Spiritual awareness”. On his website, he states that “No other psychic in the world has posted more than 500 future World Predictions since 2008 with more accuracy!”

That sounds really impressive. Let’s see how he did…

Prediction: 2011 will be a year of economic change for most people by late Summer from high food cost and major shortages all over the world due to soaring grain and corn prices…Expect to see food protest in China, Russia, the UK, and USA….

Food protests are nothing new, and “a year of economic change” can easily be considered a “hit” any year. Doesn’t count.

Prediction: North & South Korea will continue their fighting and economic collapse is coming to N.Korea before late Winter which will trigger a revolt in their country by citizens wanting change, the leader at that time, Kim Jong Un may not survive the revolt, or he may go into hiding in China…

Prediction: Russia and China will sign a major military pact that will make them a dominant world power rivaling NATO….

I missed hearing about this in the news – perhaps it’s a secret.

Prediction: A major volcano eruption in Indonesia will become the largest in that country’s history, killing many, the people there need to leave now to be safe.

Again, fairly easy to consider a “hit” since there are many active volcanoes in the region. There was one, in fact (http://www.guardian.co.uk/world/2011/jul/15/indonesian-volcano-erupts) but it wasn’t the largest in the country’s history.

Prediction: A device to allow people to levitate will be built where you can walk on a platform and levitate…

I hoped this one would be true, but alas, no such device exists.

Prediction: Japan and China will have a military standoff after more ships are sunk near a disputed Japanese Island by China almost bringing these countries to war, Russia will intervene to settle the dispute.. …

Prediction: The US military will sabotage President Obama’s administration by leaking damaging information on him to the public…

We then took a look at Sidney Friedman. Friedman bills himself as ‘psychic to the stars’.

Prediction: Lady Gaga becomes a teacher at a university. Maybe it’s just for a day or two, but she lectures at a school of higher learning.

This is a useless prediction. I’m at a loss for words.

Prediction: Economically in the U.S., I sense the climate in some ways continues to improve, slowly but surely.

Prediction: This I truly hope does not occur: A major league baseball player inexplicably dies on the field.

Prediction: I am not precisely certain of what this is, but an explosion in the sky is seen in the middle part of the country.

Could you be more specific? Seriously – this could be a plane, a meteor, a flare, a hot air balloon… this is so general that it probably happened a number of times, but was so insignificant that it was never reported in the news.

Psychic Twins, Terry and Linda Jamison, claim to have been the only psychics to predict the 9/11 attacks. They have been correct on a number of predictions which have given them a high profile in the United States.

Here’s their predictions for 2011:

Prediction: President Barrack Obama will not be re-elected, and more women will come to power in the next a few years.

This might happen in 2012, but all one must do is look at the US opinion polls to make an educated guess. I wouldn’t really consider this a “hit” even if it comes true.

Prediction: There will be many medical breakthroughs for diseases such as cancer in general, including lung cancer, colon cancer, bone cancer, as well as diabetes, heart diseases in the year of 2011.

This is a safe bet. The unemployment rate did decrease in 2011 compared to 2010, but, it’s important to note that it actually increased in June (the start of the second half of the year), and then dropped again in November. So you see, as soon as they try to get specific, they… fail.

Ooops… What About These Forgotten  Predictions?

The year 2011 also had some epic moments in the news… and you will note that the psychics above failed to predict any of them.

Wouldn’t it have been incredibly useful for the public to know where the tsunami would hit Japan? What about saving the military’s 10 year hunt for Bin Laden… and just telling them where he was hiding? Maybe a little warning about the Tucson shootings? No. Nothing. Why? Because no psychic can predict anything useful with any sort of accuracy. Good luck in 2012.