She was struggling more than usual today. She had grown enormous during her third trimester. With an achy back and heavy feet, she waddled over to the table to collect the dishes and the bill. But the officer was long gone.
Opening the folder that contained the check, she saw the note he had written and she couldn’t help herself. She ran straight to her manager, unable to contain her tears. 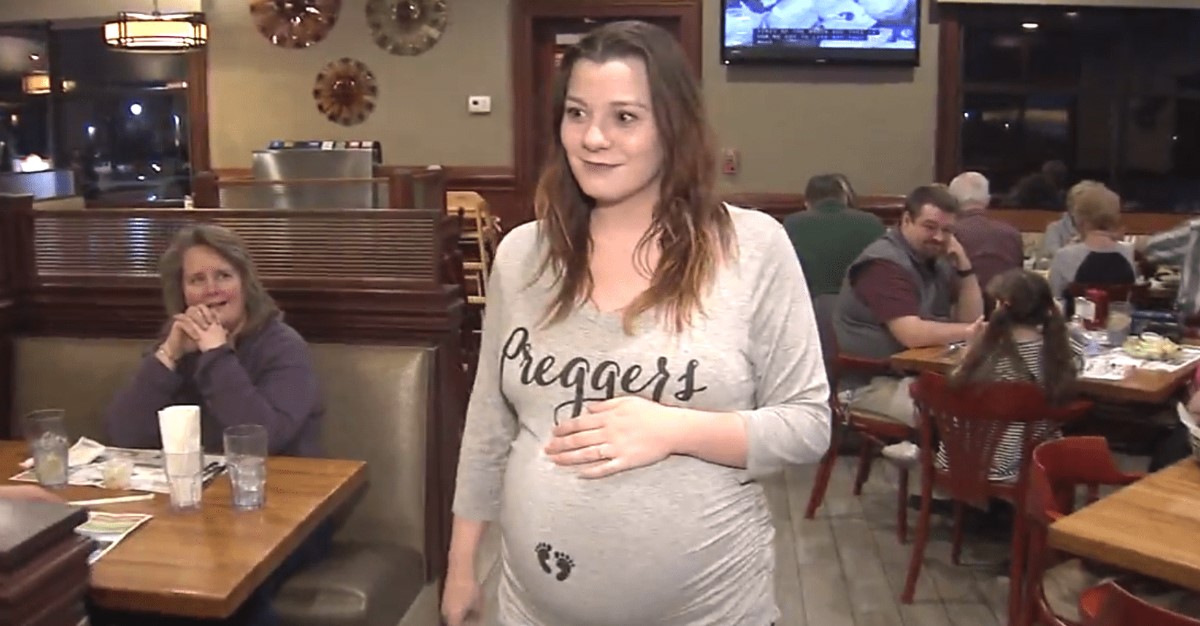 New Jersey resident Courtney Cadigan was eight months pregnant, but she continued to work all the shifts she could handle at the Lamp Post Diner.
As she was about to become a mother, she knew how important it was to scrimp and save all the money she could – she would need every cent for what was to come. 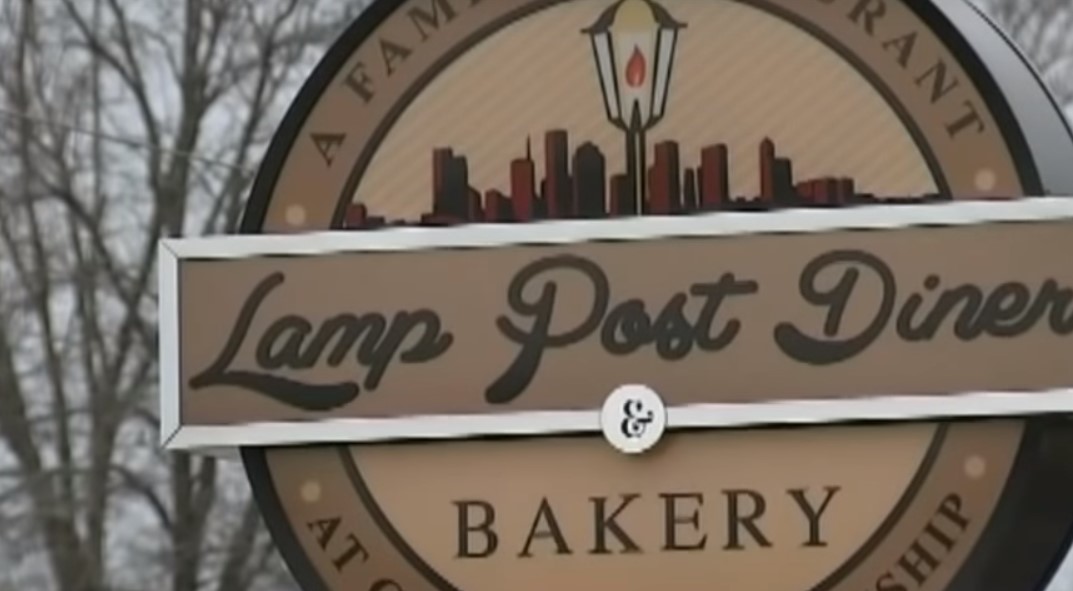 Courtney was used to serving regulars at the diner, and she was used to serving policemen who would pop in for a quick bite before their shift began.
But when one officer she didn’t recognize left a note for her on the bill, she wasn’t ready. She had never had anyone leave her a note like this before. 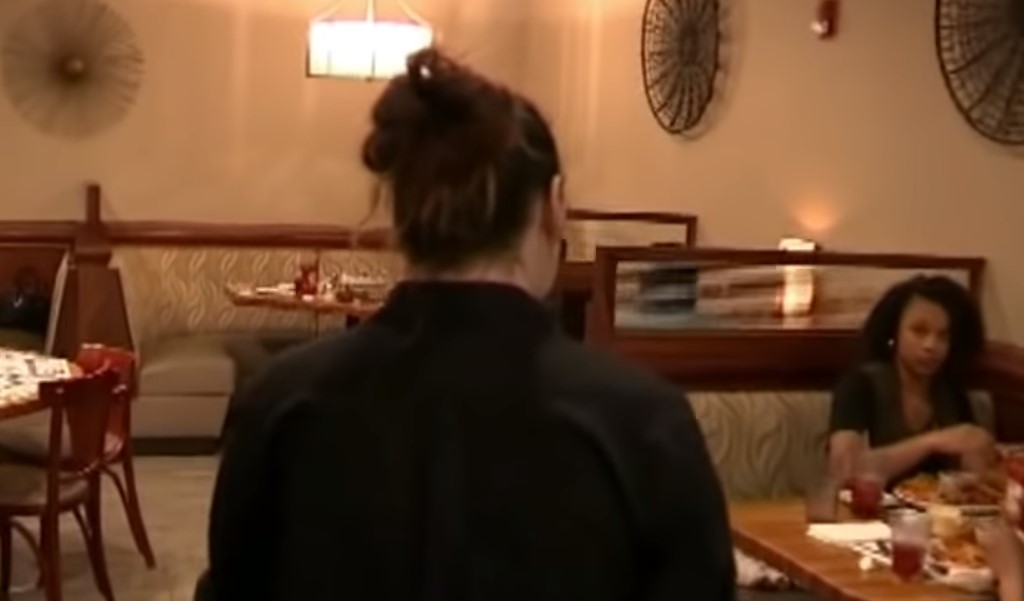 With her due date – April Fools – looming ever nearer, Courtney was worried about how she would make ends meet. To make matters worse, her relationship with the father of her child had ended badly. Now, she had to face motherhood alone.
These thoughts were racing through her mind when she saw the cop walk in and sit down in her section. 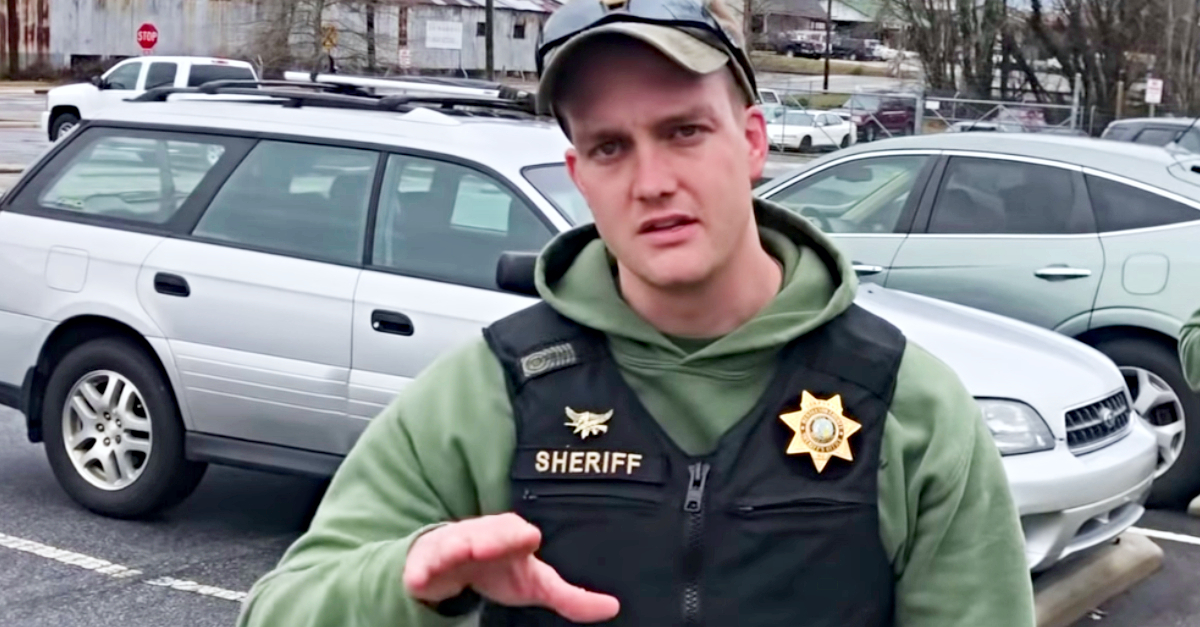 Courtney was used to serving the officers from the Voorhees Township Police Department, but when she saw an officer she didn’t recognize, she immediately knew that something was up.
Trying not to read too much into it, she approached the officer and began to take his order like she would any other customer. But the encounter only got stranger from there. 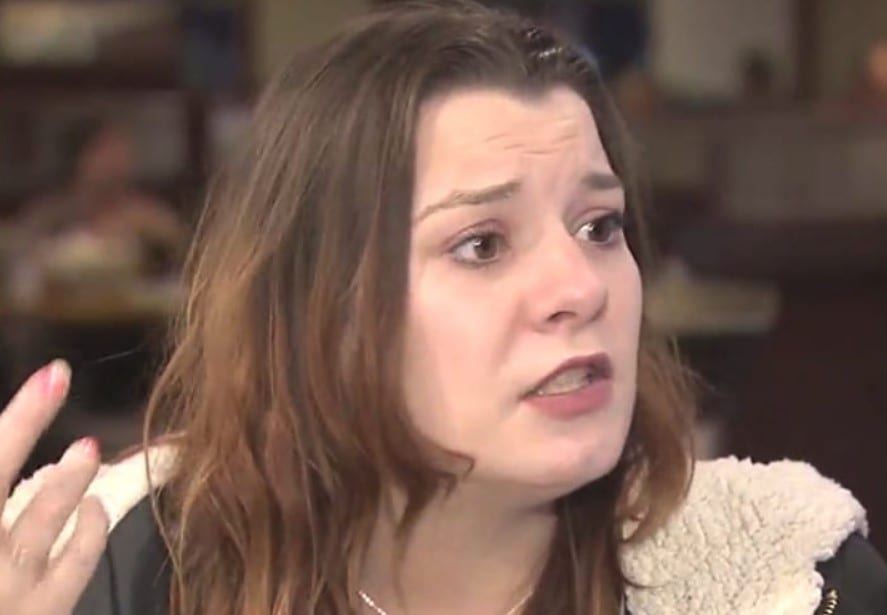 Courtney hadn’t heard from her ex for some time, which was rather worrying. She had wanted him to be involved in his baby’s life as much as possible, even if they didn’t end their relationship on the best terms. He had been… well… let’s say he hadn’t ever treated Courtney with the respect she had deserved. But she didn’t want to think about that now.
She smiled and pulled her pad out, ready to take the mysterious man’s order. Courtney couldn’t help but feel slightly uncomfortable when the mysterious officer walked in. She was fairly sure she hadn’t seen him before. Now that she was talking to him, she studied his face carefully, trying to place it. Maybe he wasn’t from around these parts. Or perhaps he simply didn’t frequent this diner.
She only hoped it had nothing to do with her ex, or worse – that she was in some kind of trouble. But the officer’s stony face did nothing to calm her fears. 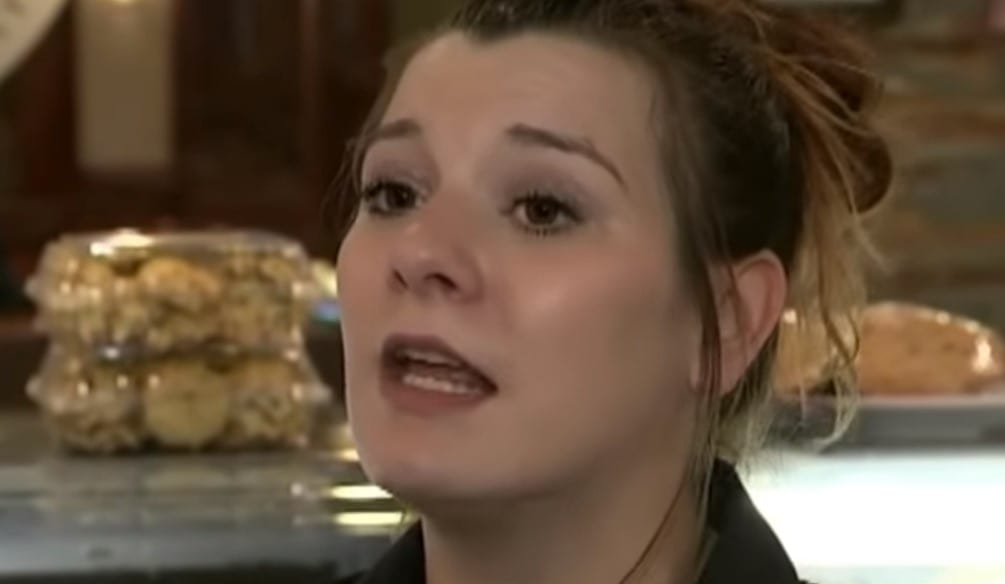 Courtney, desperately trying to exchange pleasantries, tried to engage the man in some small talk. But each time she tried to comment on the weather, his order… anything… he shut her down with a nod and a tight smile. He ordered a green salad and a glass of water.
Relieved to be excused from the awkward situation, she was all too aware of the officer’s eyes burning a hole in her back as she waddled to the kitchen. 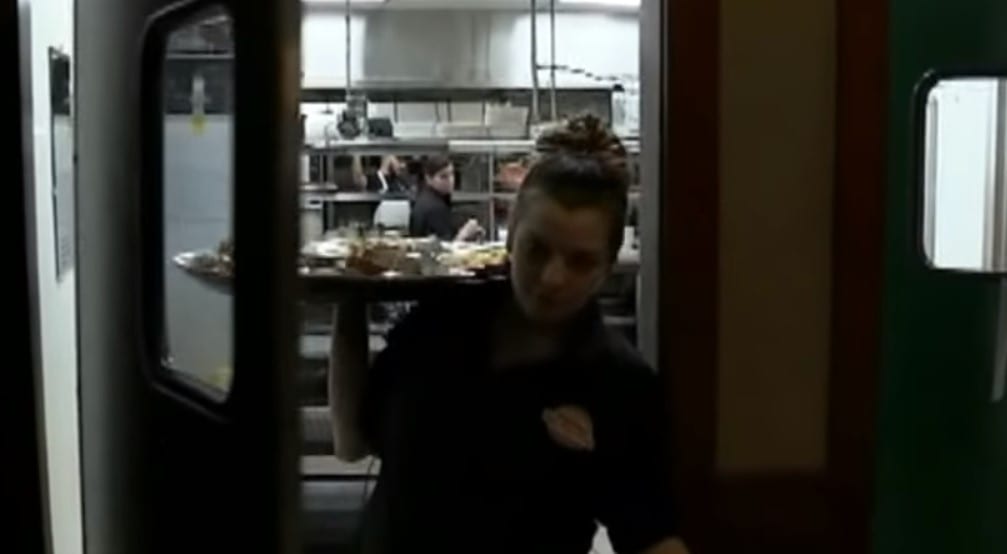 When Courtney emerged from the swing doors, she saw that the diner had filled up while her back was turned. Another couple had seated themselves at the booth behind the officer, so she rushed to introduce herself.
They immediately noticed her tired eyes and enormous baby bump. Courtney shrugged off their concern with an explanation. 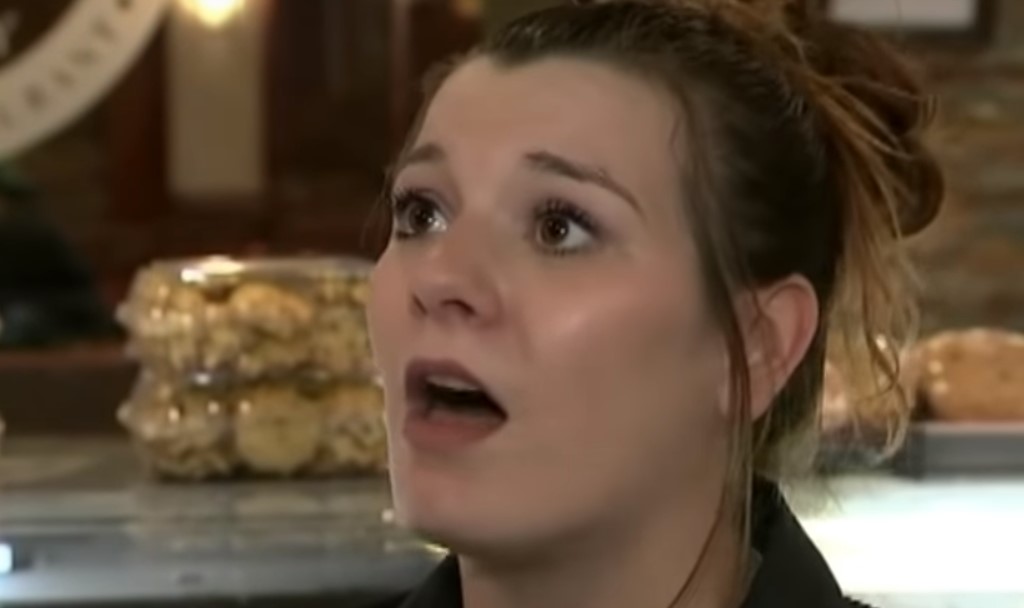 “I was telling the people at the table behind him that it was my first baby,” Courtney recalled later, “I was going out of work soon.” The couple congratulated her warmly before placing their orders, unaware that the cop was listening intently to every word.
When Courtney brought his salad and turned to serve the other customers needing her attention, he watched her every move. 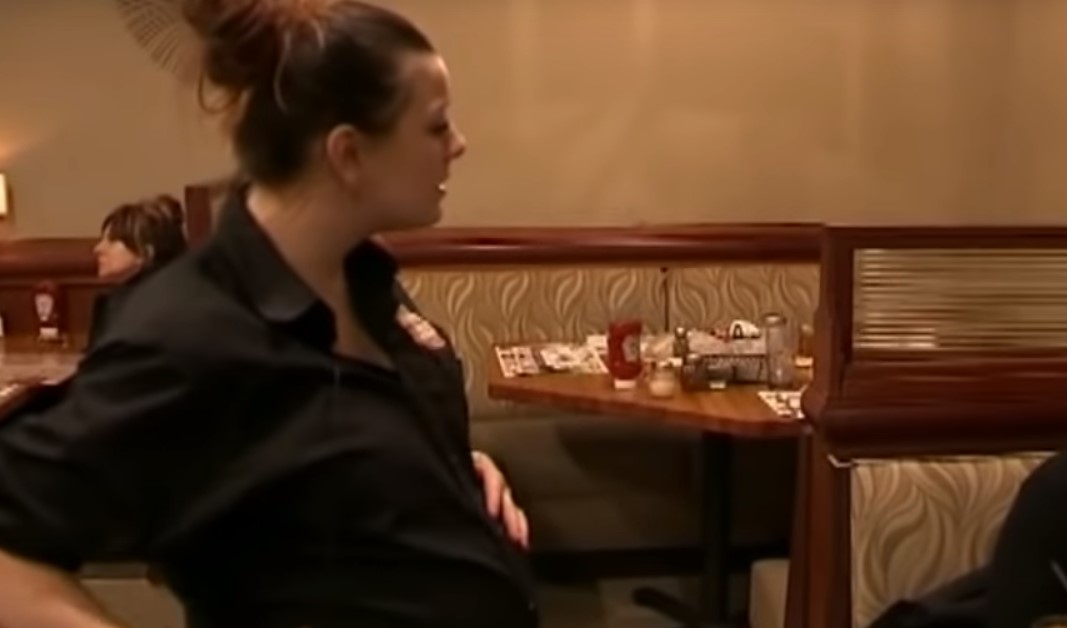 The mysterious man wolfed down his salad and chugged his glass of water in record time. Then, he raised his hand and asked for the check. Courtney brought it over, and the total came to $9.00.
With the diner becoming busier and busier, Courtney was off again, hurrying to get the diners’ orders out on time. She didn’t notice that the cop had walked out until it was too late. 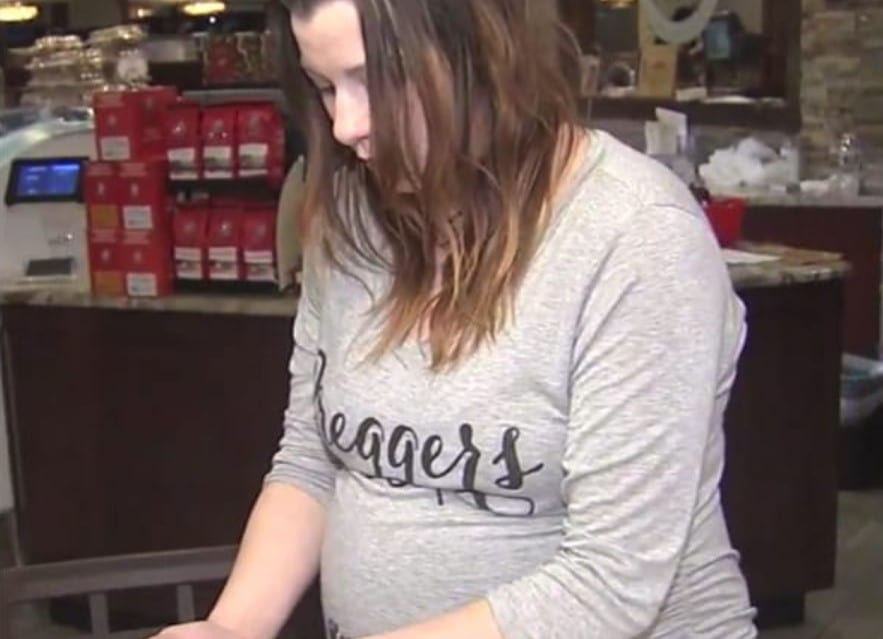 Opening up the leather folder, she saw that the man had left enough cash to cover his lunch. Then, she saw the note that almost brought her to her knees. It was scrawled on the bill and was obviously directed at her.
“He must have overheard my conversation with other customers,” she recalled later. 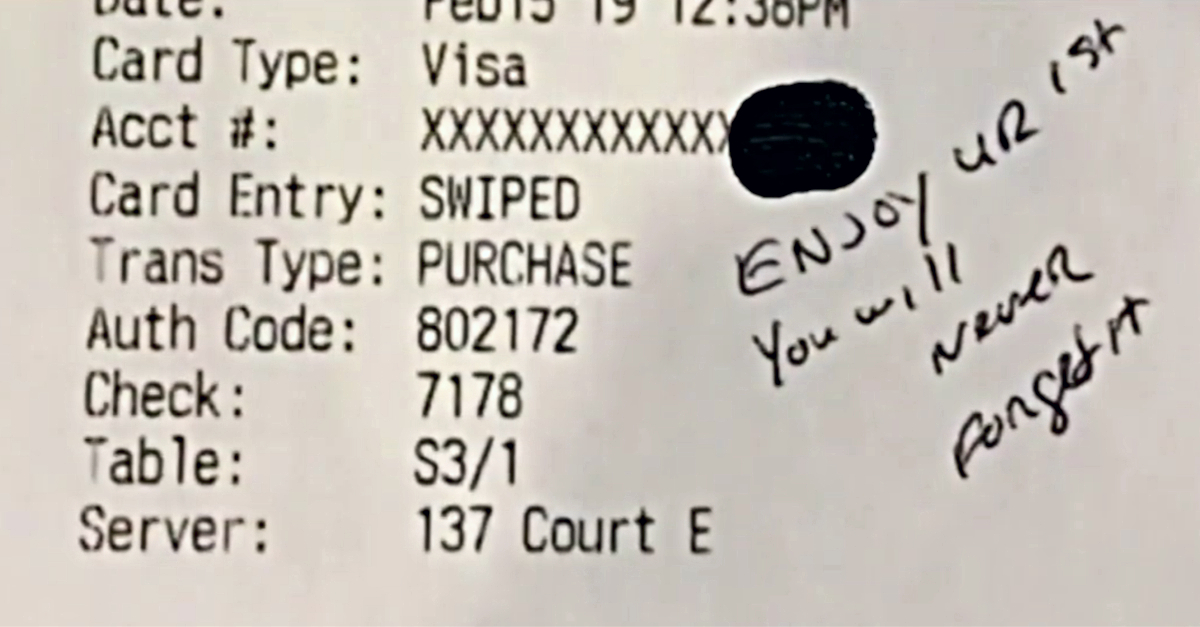 On the bill, the note for Courtney read: “Enjoy ur 1st. You will never forget it.” Beside the note was nine dollars in change. Underneath it was a crisp $100 bill.
With her pregnancy hormones raging and her stunned disbelief at the man’s generosity, she couldn’t help herself. She ran straight to her manager in tears. Trying to contain her tears but failing miserably, she burst into the back room, check in hand. Her boss, seeing her employee distraught, thought that something terrible had happened.
Courtney took a minute to catch her breath before explaining everything. But she still couldn’t quite believe it. $100 was more than Courtney earned in an entire day! 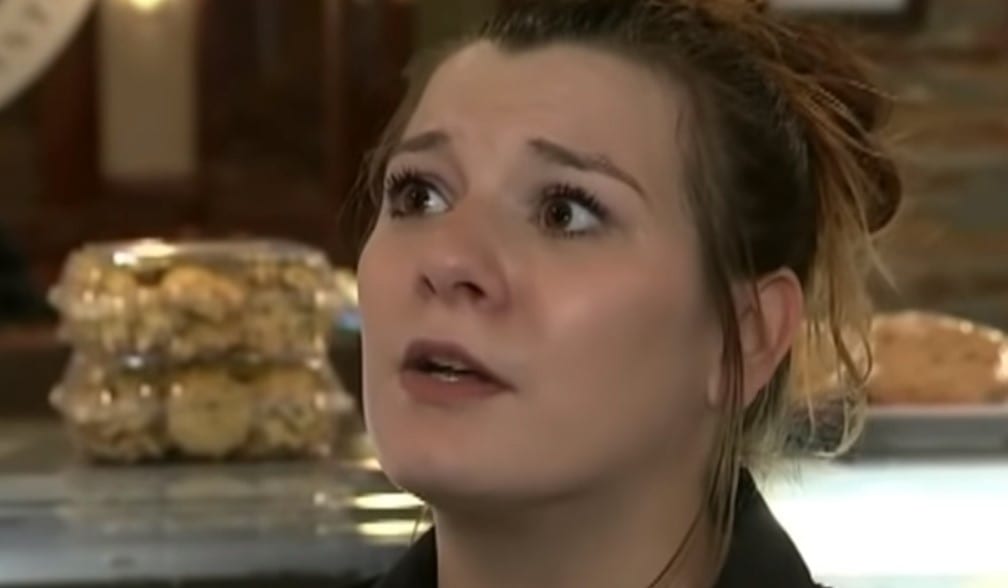 “It’s truly a blessing to come across people like him and I’m forever thankful for that,” she told the Gloucester Township Patch. But once she had recovered, she knew that she had to thank the officer in person.
Running out to the parking lot in hopes that he was still there, her heart fell when he was nowhere in sight. How would she find him? As soon as Courtney’s shift was over and she had arrived back home, she called the Voorhees Township Police Department to try to track the officer down. But not before sharing what had happened to her with her father, Brian.
He was so taken aback by the generous tip that he shared a photo of the note on Facebook. “It’s not the amount, it’s the humanity of it,” Brian said. “He saw she was struggling and a young girl. She was working in a diner while pregnant, standing with that kind of weight on her, and it was his way of saying, ‘I understand your struggle.’”
But that wasn’t all the mystery officer did that day. “You always hear about how bad the police are, how they treated you like dirt, how they are on a power trip,” Brian wrote in his Facebook post. “I am sure there are some bad apples, but most of them are just doing their jobs, they deal with the worst of society every day and have to keep going back every day and deal with it all over again.”
The officer had changed Brian’s opinion of police officers forever. Brian’s Facebook post went viral almost overnight, garnering an incredible 10,000 reactions, a thousand comments, and thousands of shares. People couldn’t get enough of Courtney’s story. One commenter wrote: “What a wonderful thing to do, this story warms my heart. I’ve always respected police officers.”
But shattering misconceptions about officers of the law wasn’t all that the post achieved… Since her father’s post went viral, Courtney has been contacted by people all over the world – many called the Lamp Post Diner to try to get in contact with her — and most wanted to donate money to help her out.
“They wanna know if they can help her because it’s the first child,” manager Victor Sierra said. “It’s the gesture about somebody helping somebody else.” But did Courtney ever manage to thank the cop in person? The generous mystery officer opted to stay anonymous after his good deed. Just knowing that he helped Courtney in her time of need was enough recognition for him. But Courtney and her dad still wanted to show their appreciation.
But how could they do that if they didn’t know the man’s identity? In the end, they decided to say thank-you the only way they knew how. They arrived at the Voorhees Police Department bearing boxes of donuts for the entire team! “Thanks to Brian Cadigan & Courtney English for bringing in treats for our staff this morning,” the Voorhees Police wrote on their Twitter account.
They also promised to make sure that the anonymous officer was told personally that Courtney and Brian were eternally grateful.
Must Read
Three Indigenous Tribes In The United States Will Get $75 Million For Relocation Due To Climate Change
A New Supercomputer Simulation Animates An Incredibly Accurate Look At Universal Evolution
Genome Studies Manage To Find A New Branch Of Fungal Evolution