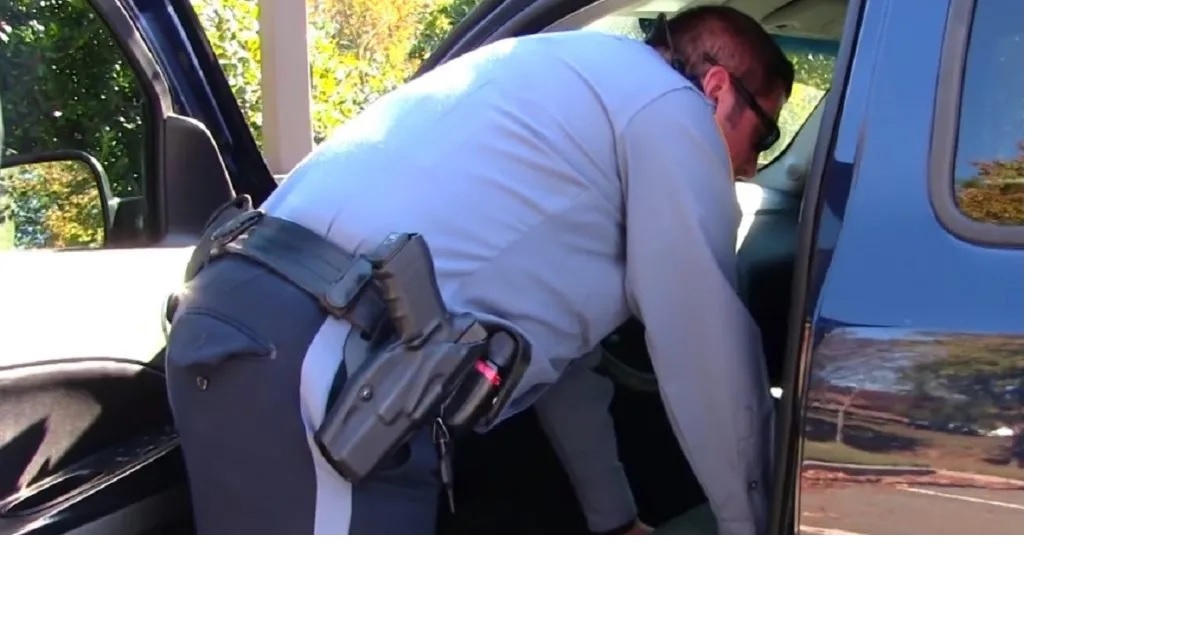 She wiped her hands on her thigh. She was nervous. Sure, she had met a police officer before, but she had never been pulled over. Before stepping out of her vehicle, she turned off Betsy’s engine.
The old girl loudly clanked to sleep. If he didn’t look too close, maybe she could get away quickly. But this police officer had an eye for detail. Neither of them expected this to unfold. Chy-Niece Thacker never considered herself a brain box. As a child, she was confused with letters and numbers, often writing them backward. She found it difficult to digest information and was often left in tears trying to complete her homework.
She didn’t think she would amount to much. However, her mother had bigger plans. 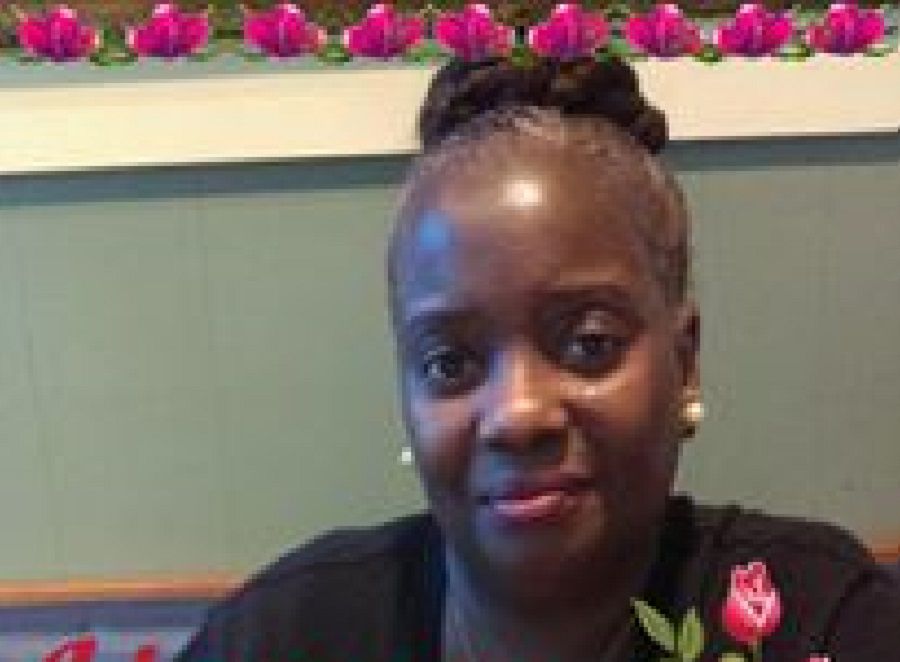 Chy-Niece’s mother sat with her every evening to do her homework. When she arrived in the door from school, she was greeted by a bowl of fruit salad and a tall glass of cranberry juice.
Chy-Niece did everything in her power to try to avoid it. And every time, her mother would fetch her and sit her back at the table. Her mother wasn’t going to let her give up that easy. 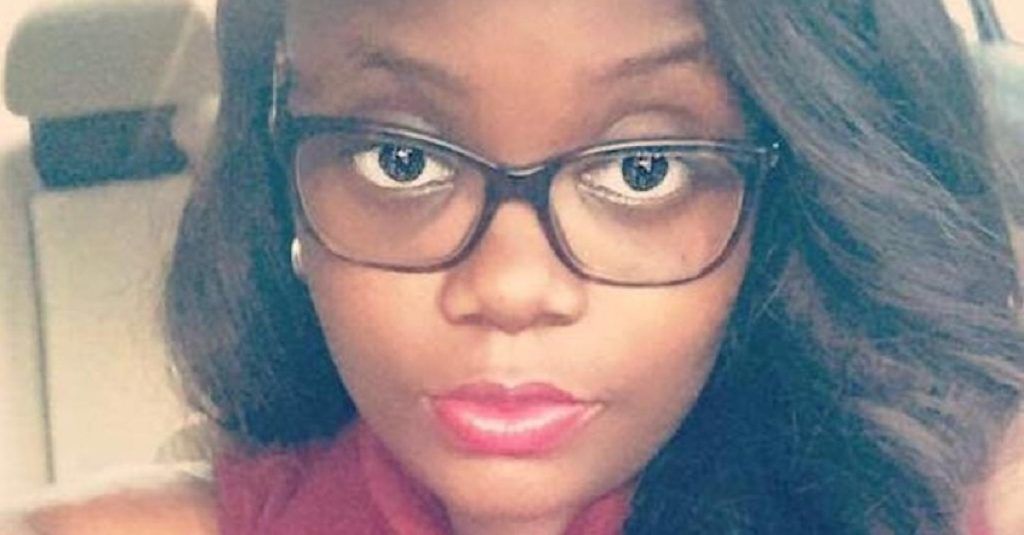 Soon, Chy-Niece began to excel. She still got mixed up with her letters every now and again, but she found a way to process information. She would say a word, spell it out loud, and finally write it down.
Her mother made her repeat the process until she got it right. Neither of them expected her to find a love in her education. 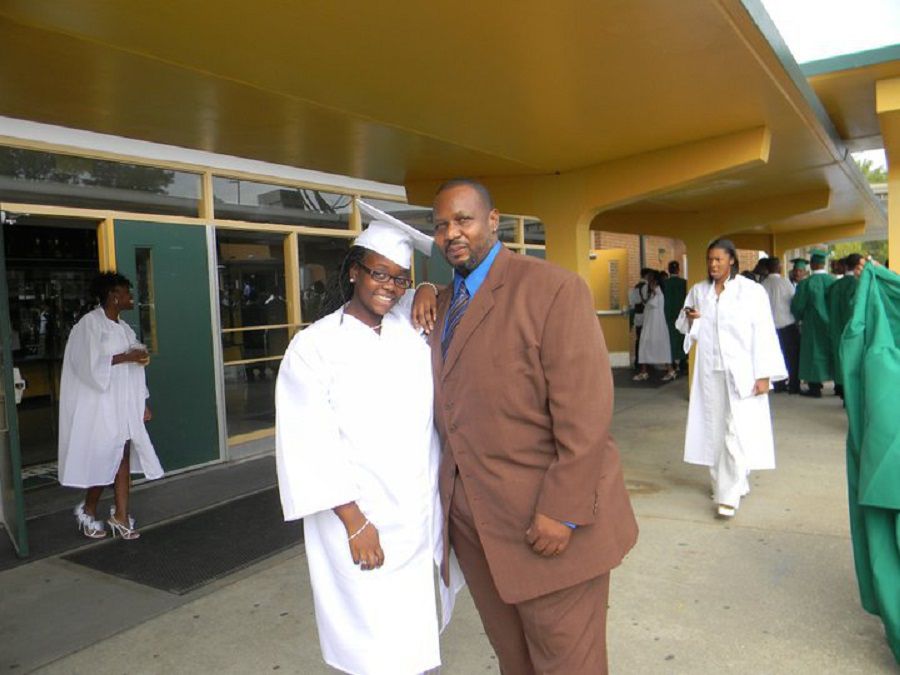 Her mother’s fondest memory was seeing her daughter in a cap and gown. Although Chy-Niece never thought she would make it that far, her mother never doubted her. As a gift, her mother bought her a second-hand car from their elderly next-door neighbor.
Chy-Niece wasn’t sure what to do next. But unbeknownst to herself, she had much further to travel. 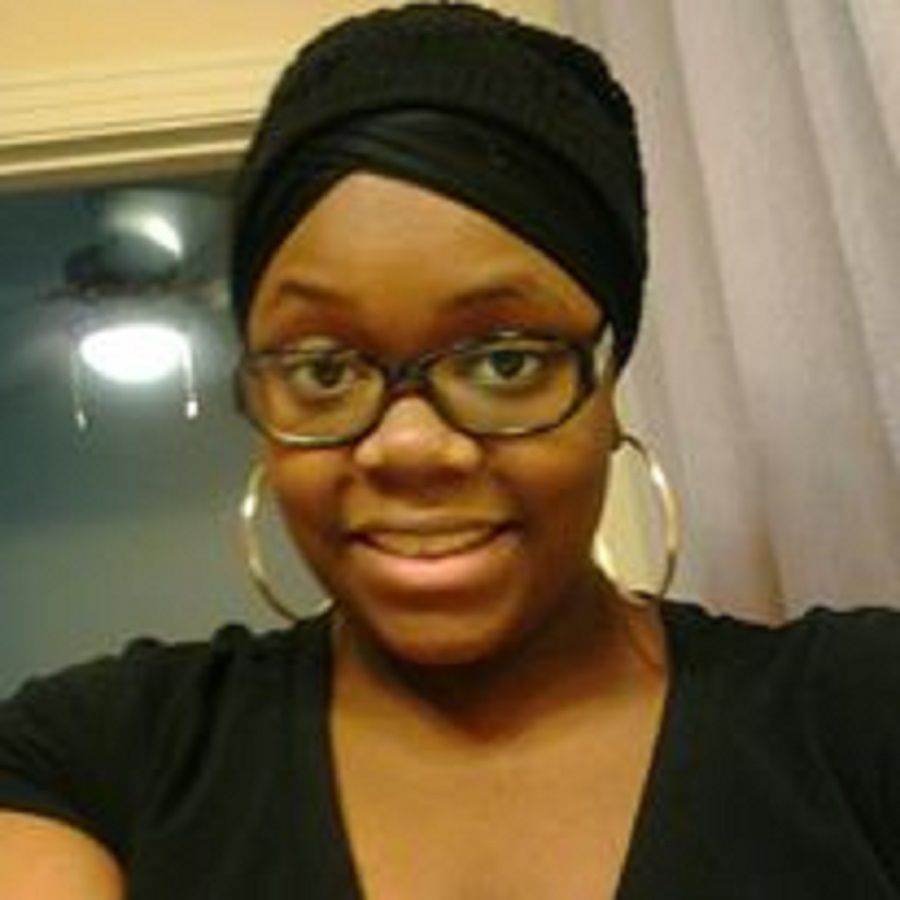 Chy-Niece went to college to study counseling. She thought that if she could help others even a fraction of how her mother helped her, she would be doing good.
However, she never expected the workload. During her first year, she felt like she was drowning. No one ever told her it was going to be that hard. Maybe she wasn’t cut out for college? 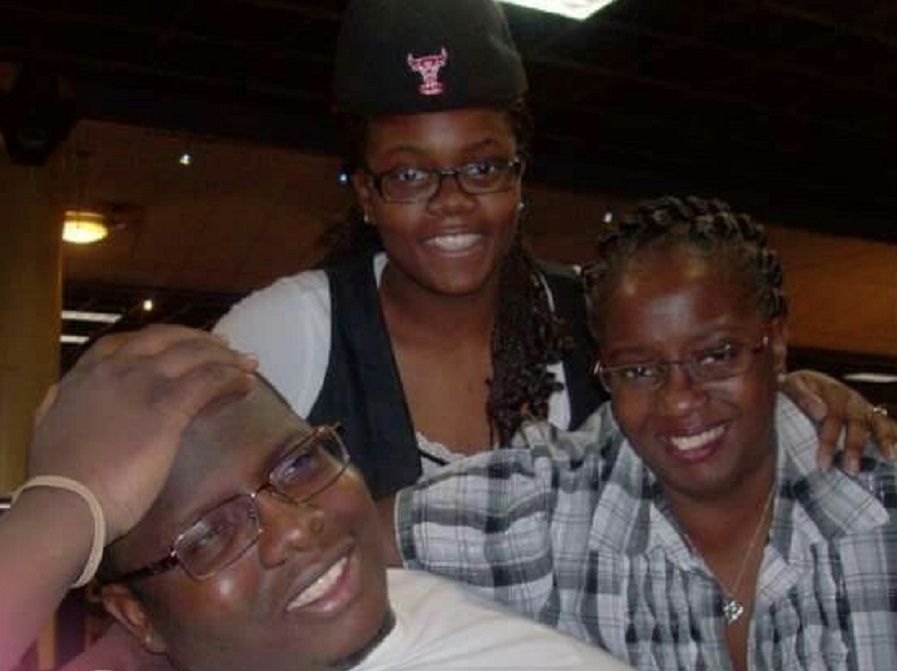 Chy-Niece felt hopeless. She finally confessed her fears to her mother one evening after she found her sobbing in her car. Instead of comforting her, she got into the passenger’s seat and directed her daughter to a derelict building. What was going on? She never expected to find this inside. 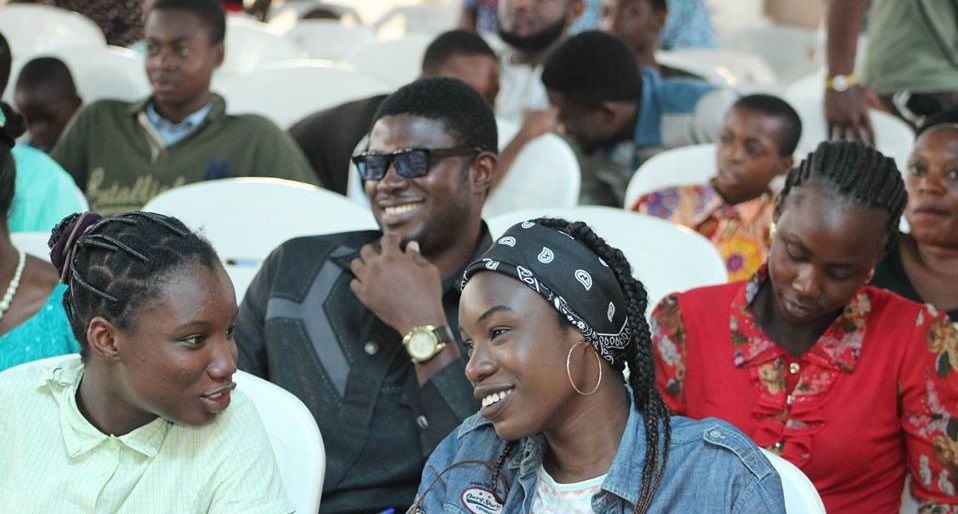 The run-down building was filled with young children from every ethnicity. But their backgrounds were similar—poverty and low education. Many had been sent there by after dropping out of school.
As little staff as there was, they knew every child’s name. It was there that Chy-Niece found her passion. She knew she couldn’t quit. She needed to keep going. But that didn’t mean she was cut out for the job. 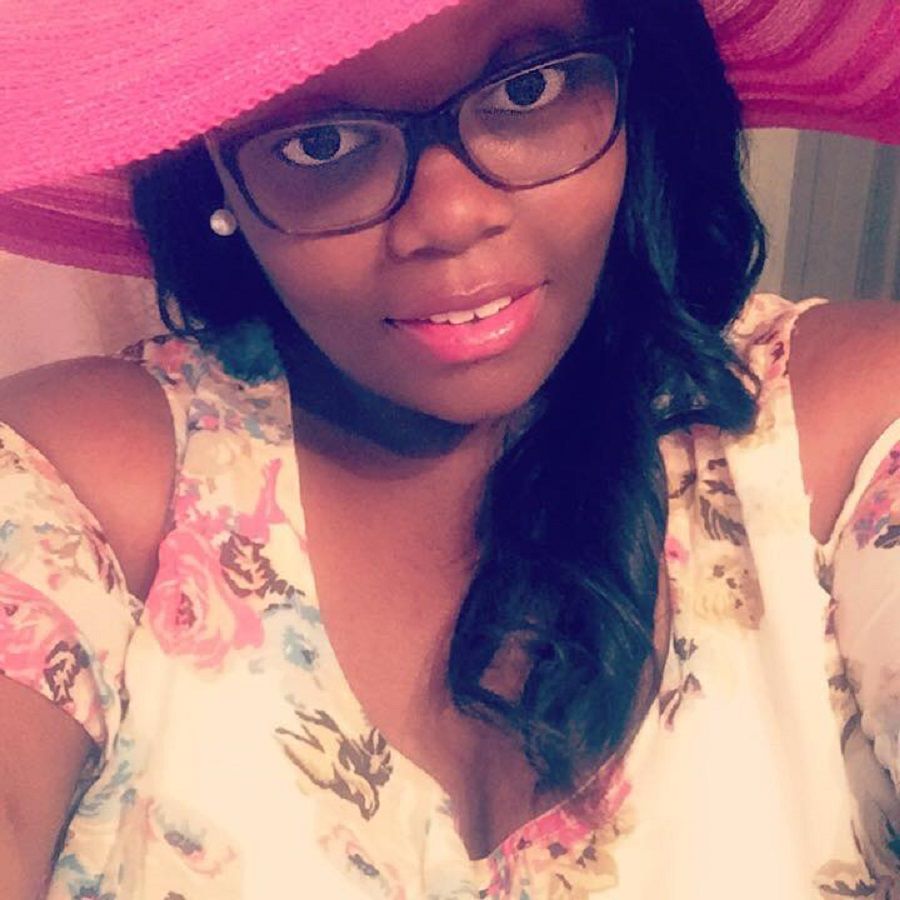 Chy-Niece struggled after she finished college. She quickly learned that she couldn’t help every child that walked through their doors. She was losing sleep over a few kids.
She hated to see them in emotional pain. The money wasn’t great, but she knew she was doing the right thing. However, one day she was pulled over on her way to work and it made her question everything. 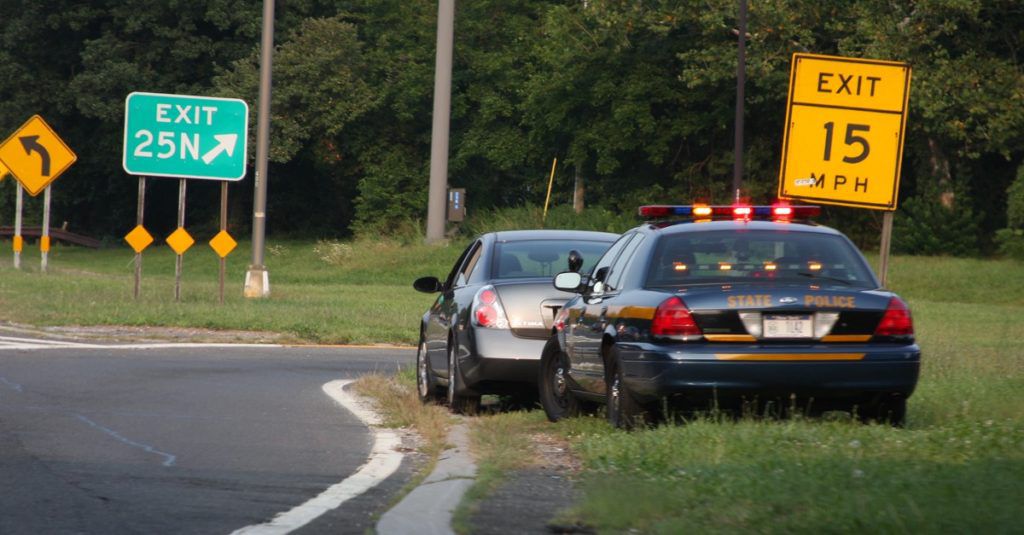 Chy-Niece had no choice but to pull over after seeing the flashing blue lights. Officer Jenkins slowly made his way to her vehicle as she scrambled for her license. She couldn’t afford a ticket! As soon as he reached her window, words began to splurge.
“Did I miss a red light? Was I going too fast?” He reached for his back pocket. She had enough bills as it was. The last thing she needed was a fine. But she didn’t expect him to pull out this. 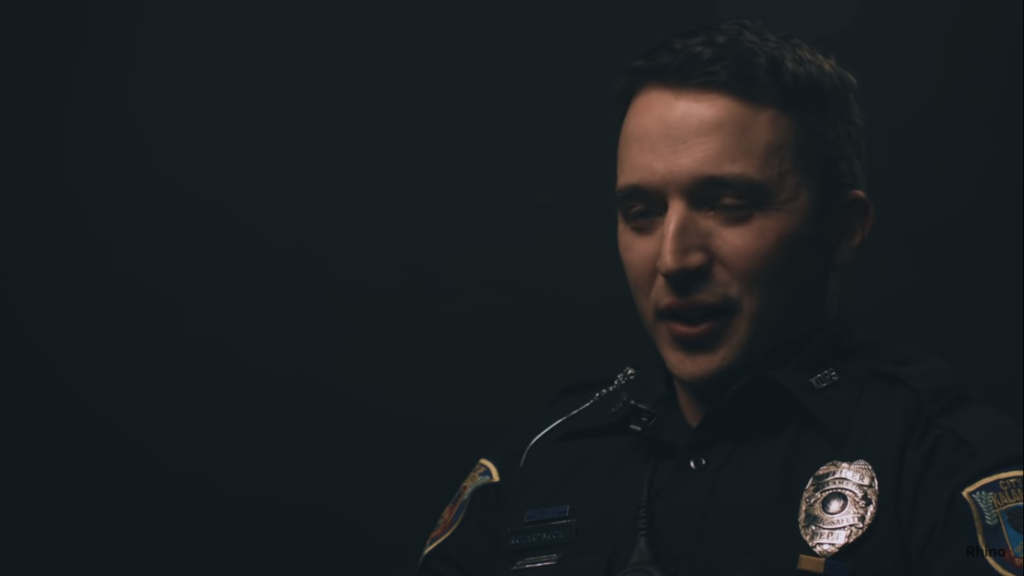 “So this happened just now. I get pulled and both brake lights decided to go out this time. As he walked to the car and I was pulling out my stuff, he quickly said… ‘Don’t worry about pulling anything out.
I just want you to know your brake lights are out,’” Chy-Niece shared. Was she hearing things? But then, he pulled out a flashlight. 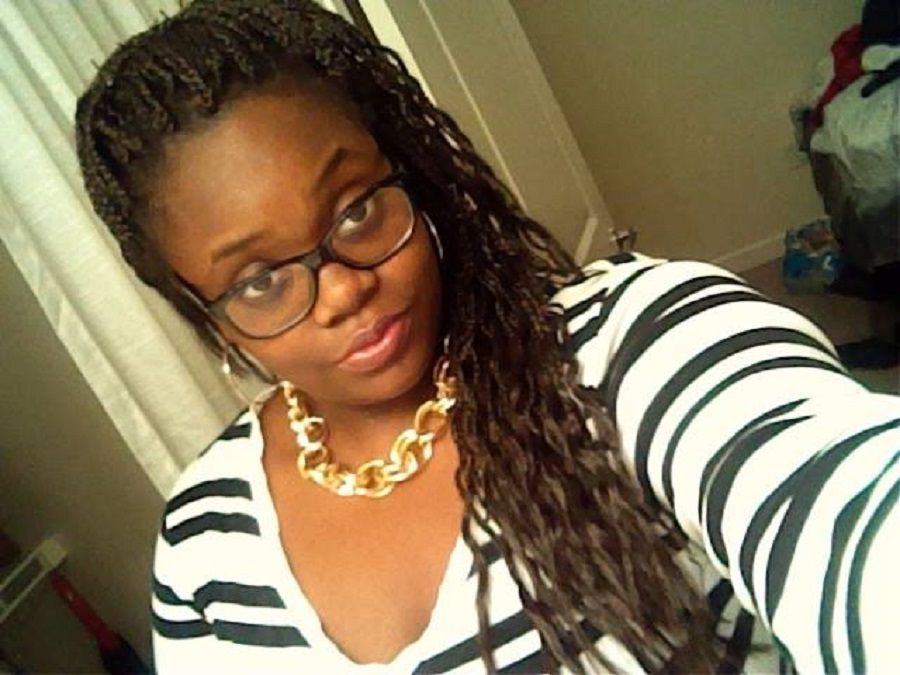 “So I’m immediately upset because I just got them replaced last month. So I explained to him how Firestone wants to charge me $600 just to run a test on the wiring of the car,” she shared.
Instead of issuing a ticket, Officer Jenkins told her to “pop the trunk.” But as he inspected her car, he called her name. Her heart sank. Had he changed his mind? “He checked the lights in the trunk and tapped them, but they didn’t come on. So, he told me to pop the hood to check the relay box then asked me to get out to check the other one,” Chy-Niece relayed.She couldn’t believe he managed to fix her lights!
Before making her way home, she sent a text to her mom, informing her that she had been pulled over. But as soon as she started the engine, her phone began to ring. When she answered, her mother was screaming. “Are you okay? Did he hurt you? Do you need us to come get you?” Her mother breathed heavily down the phone. She could hear her father shouting threats in the background. “Mom, I’m fine.
Everything is fine,” she explained. Then, her mother burst into tears and wailed down the phone. Why was she acting like this? “I was just so worried,” her mother bawled. Like most mothers, she had feared the worst of her daughter’s run-in with the law. She was all too familiar with the rampant police brutality over the last few years.
Understandably, she panicked. What if something had happened to her baby girl? Police misconduct has always been an issue. However, the last few years has raised awareness of the excessive force and ill-treatment of African-Americans. The internet, courage, and solidarity led to the creation of Black Lives Matter, a global network that intervenes on the violence inflicted to colored communities by the state.
Chy-Niece wasn’t living under a rock. The entire world was aware of the movement. But she still had fears. Chy-Niece was originally terrified when she was pulled over. She had never spoken to a policeman before. And many of her friend’s encounters with law enforcement had ended in tears or trauma.
She learned early that it was always better to avoid.But as she became older, she discovered that it wasn’t always an option. Those lost under the hand of police brutality will never be forgotten. They continue to be the foundation of what Black Lives Matter strive to protect. And although their families will never forgive those responsible, young people like Chy-Niece are beginning to see a positive change in the world.
They refuse to stay silent. And Chy-Niece now has her own story to tell. “He could have easily given me a ticket, but Officer Jenkins stepped out of officer role and turned into a mechanic to make sure I was straight.” Chy-Niece shared her experience online. Understandably, her post has gained over 500K thousand likes and shares.
It isn’t often that a police officer will go above and beyond to help a member of the community. But what did everyone else think of his actions? Although some had negative comments to share, the majority of the online community have praised Officer Jenkin’s actions. He has been hailed as a true protector of the people by taking the time to look after someone in need of some help.
No doubt Chy-Niece will keep their meeting in her heart for years to come. But would this officer’s kind gestures continue?
Must Read
Human Geneticists Finally Apologize For Horrific Past Experiments On Humans
The World Is Now 90 Seconds To Midnight
New Study Suggests Teacher Evaluations May Perpetuate Academia's Gender Biases