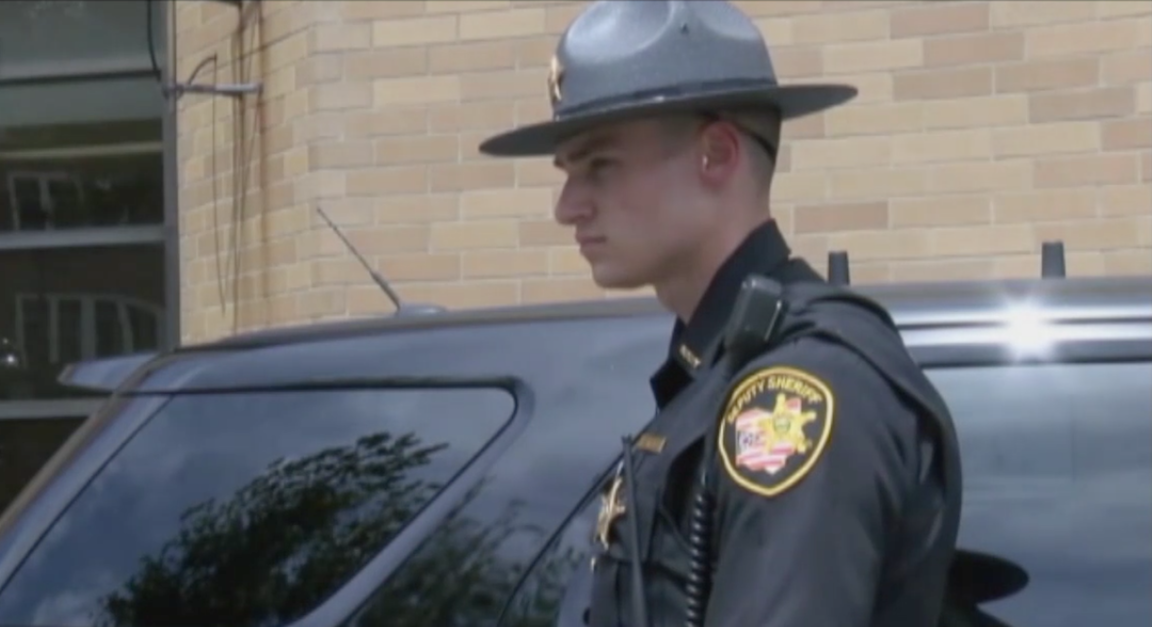 Cop Looking For Her

It was a simple lemonade stand, something many other children had done before. But what happened to her was something no one expected.
She became nervous. She saw the officer approach her and her family, but she had no idea why he was there. They weren’t even at home, and yet he had found them. Then, as he went back to retrieve something from his patrol car, she wondered what was going on.
But as he got closer and she realized what was in his hands, it all started to dawn on her. And she had no idea how to respond. 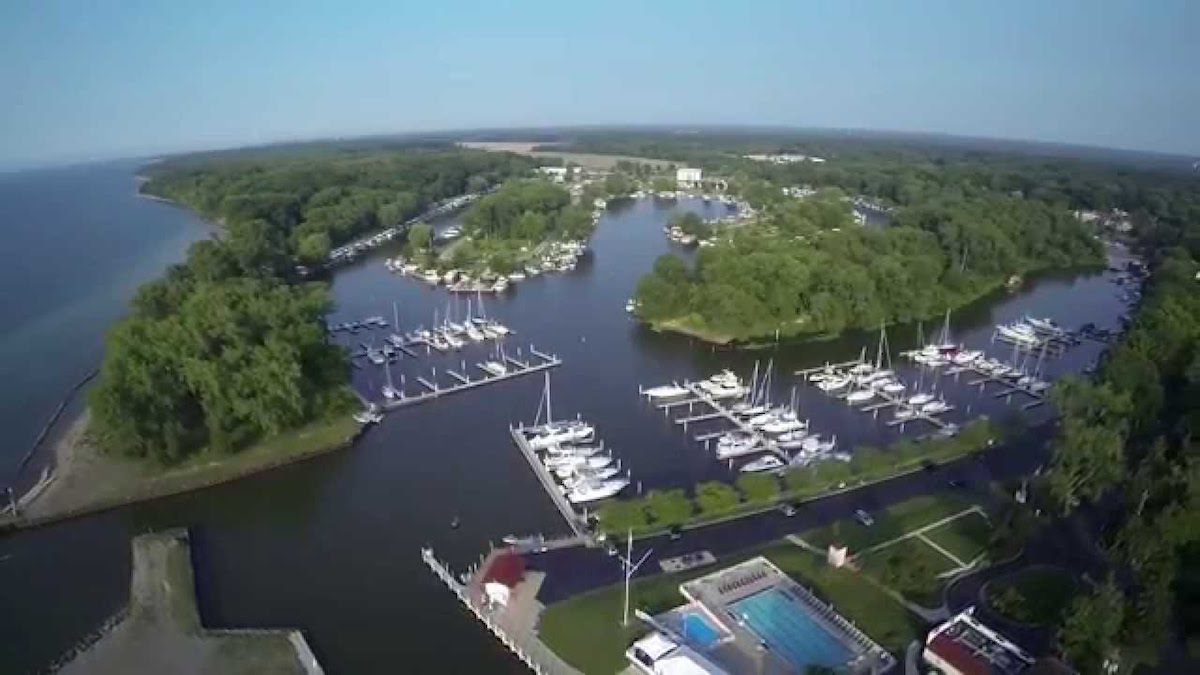 Before this happened, Melissa Garcar hadn’t interacted much with the police. She, her husband, and her two children live in Lake County, Ohio. It’s a good, safe place to raise a family, and she never really crossed paths with law enforcement. But that all changed when her 9-year-old daughter, Gabrielle, decided she wanted an electronic tablet.
The family didn’t have a lot of spending money, so the little girl got a tried-and-true idea to make some cash. 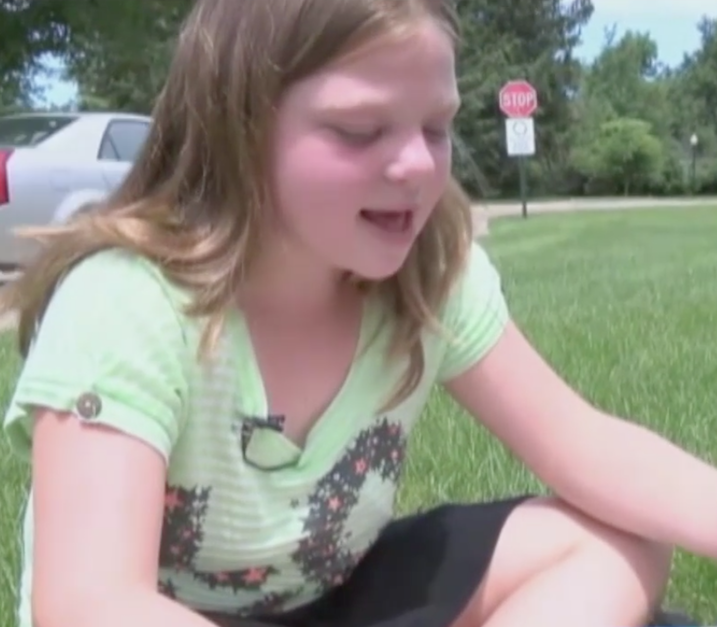 Gabrielle decided she wanted to set up a lemonade stand. Her parents were skeptical at first but then came around to the idea, thinking it would help their daughter learn the value of money.
The only problem was that their house was in a secluded area without a lot of foot traffic — there was no way she was going to make money if she set up the stand in their own driveway. But there was an alternative. 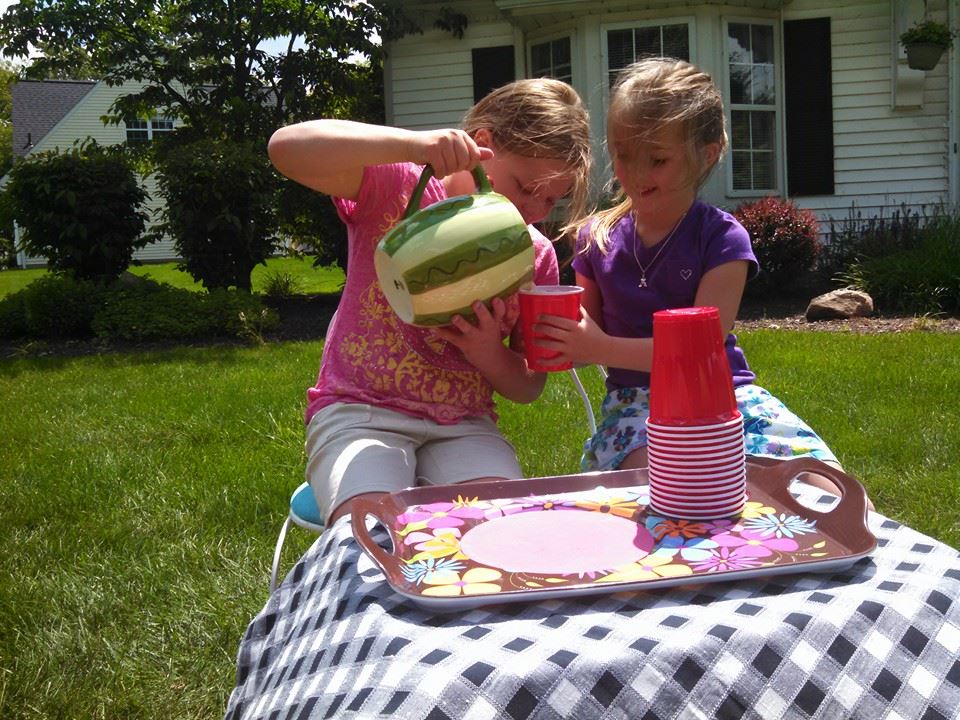 Gabrielle’s grandmother lives in a condo close to town. The area has a lot of foot traffic and is near many main roads, making it the perfect spot to set up a street stand. The little girl got to work, building the stand from supplies she found at home and carefully making a few jugs of lemonade.
Soon, her grandmother’s neighbors got wind of her stand and went shopping for some lemonade. Then a car stopped out front — but it wasn’t any old car. 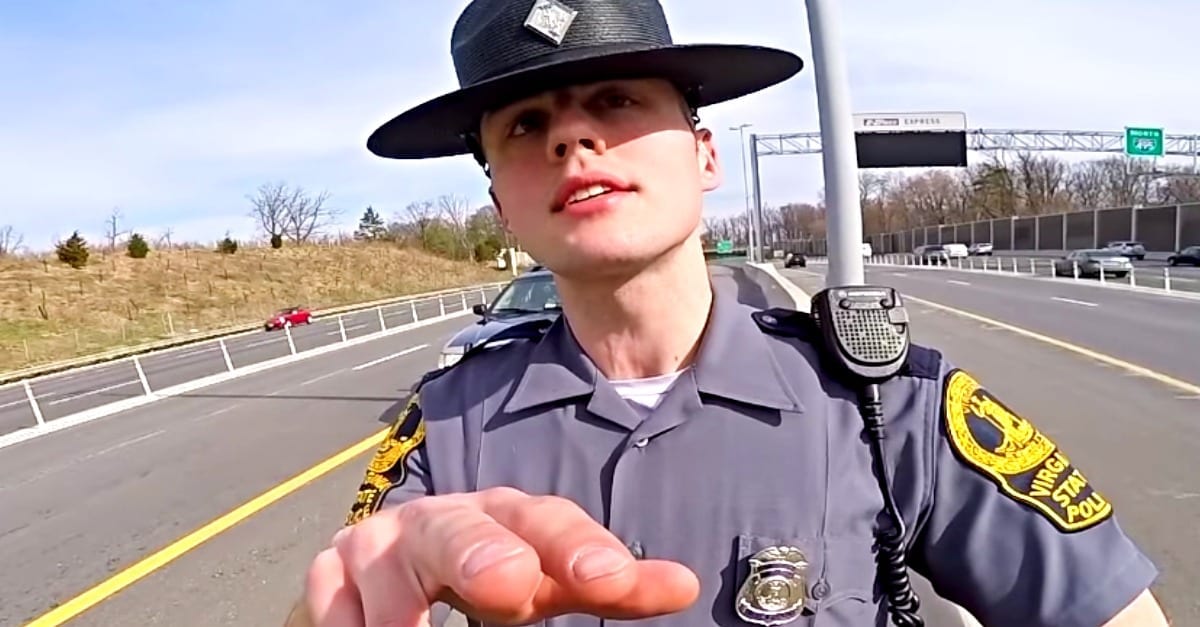 The car that stopped was a patrol car, and an officer soon stepped out and walked toward Gabrielle’s stand. Melissa got nervous because they didn’t have a street vending permit. She breathed a sigh of relief when the cop asked Gabrielle how much for a cup of lemonade. Though the cost was 50 cents, the officer paid $3.
He even told the young girl he’d tell the other cops about her stand — and he kept his promise.


Another Man In Uniform 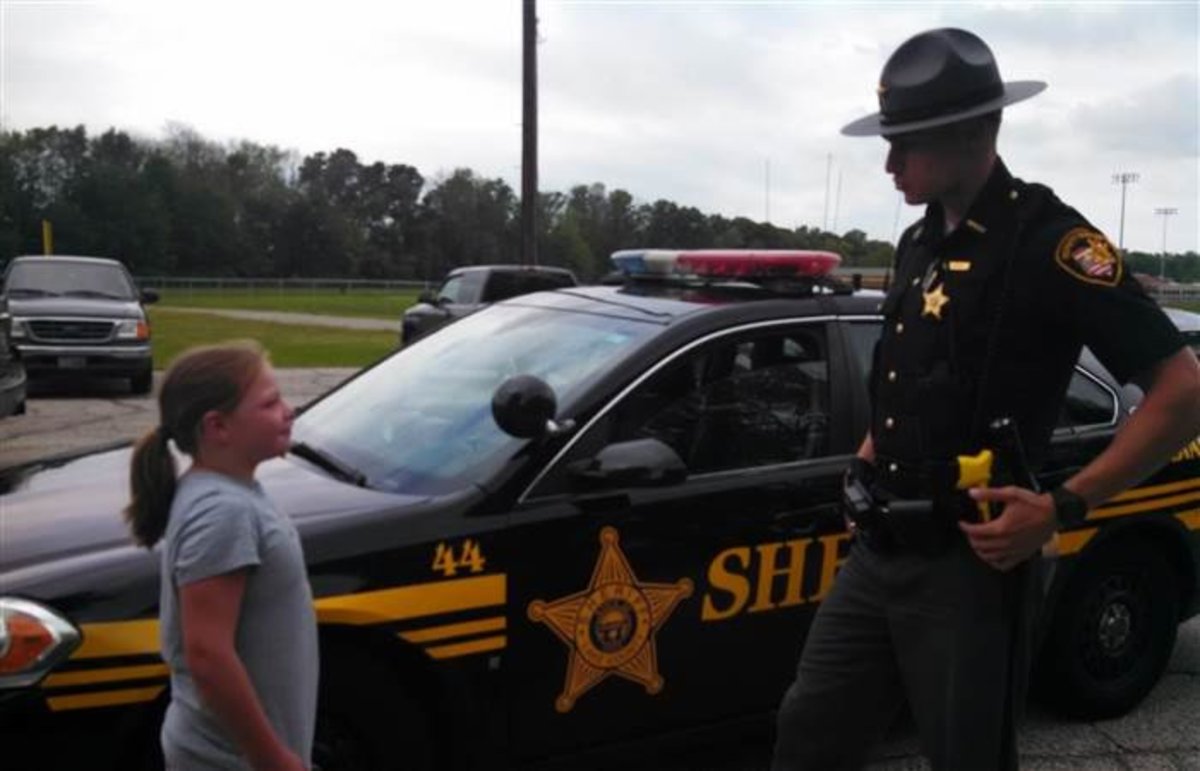 A few hours later, another patrol car stopped by. Gabrielle ran up to the window and asked the cop if he’d like to buy some lemonade. The officer said yes and stepped out of the car. It was 22-year-old sheriff’s deputy Zak Ropos. He started chatting with Gabrielle. “I asked her what she wanted to do with the money,” he recalls. “She said she’d get an iPad, to help with school and play games.”
Officer Ropos was touched by the girl’s work ethic and wanted to help, however, some cops may not have felt the same way.


The Long Arm Of The Law 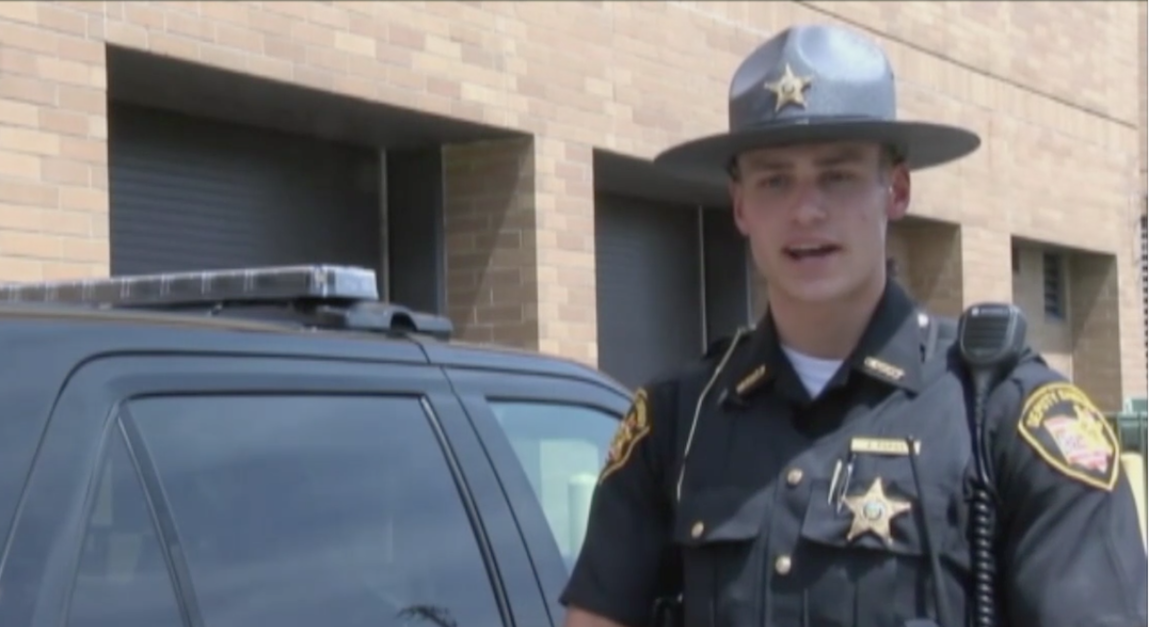 Melissa was becoming edgy with all the officer’s attention on her little girl’s lemonade stand.
It was a harmless way for a kid to make money, but she had heard stories of law enforcement coming down hard on unlicensed vendors – and one 5-year-old girl had even been given a $200 fine for running a lemonade stall!


Words With The Officer 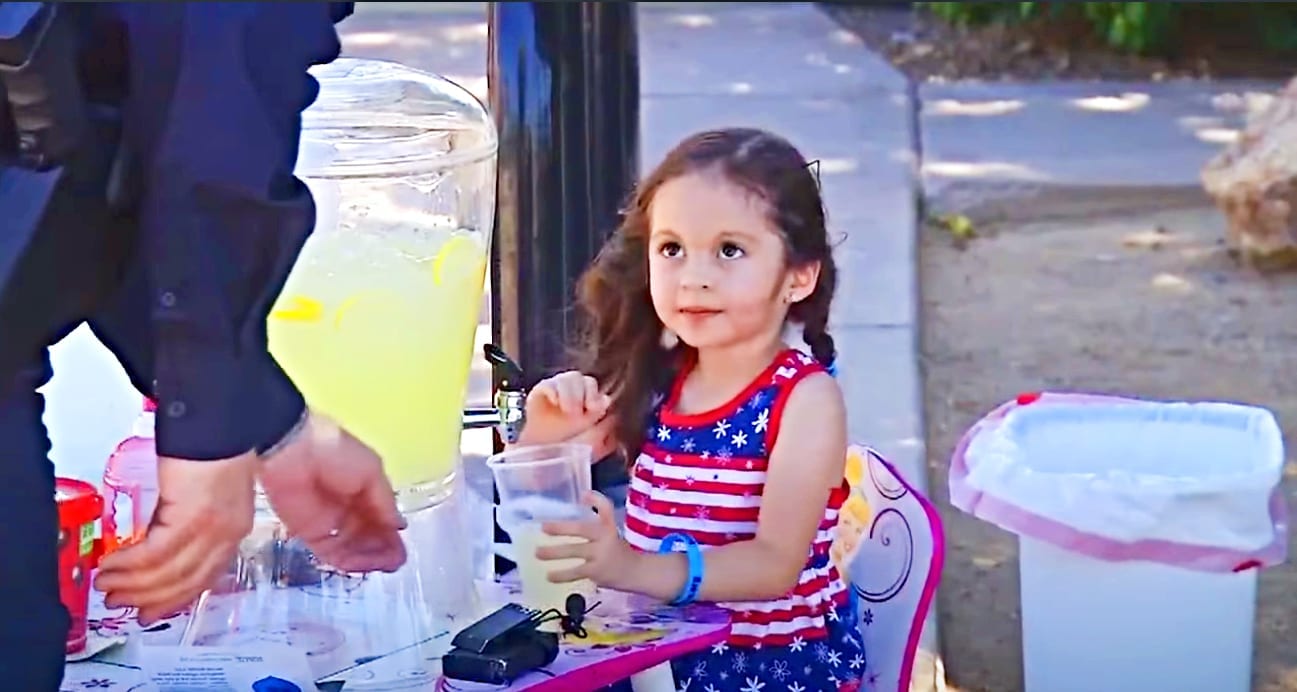 When Officer Ropos approached Melissa again, she immediately thought that there had been complaints about her child’s lemonade stand. She braced herself for the blow and thought carefully about how she was going to break the news to Gabrielle.
She hoped with all her heart that there was no fine involved because she had no money to pay it. But the words that came out of Officer Ropos’ mouth were completely unprecedented. The next day, the Garcars were at the local high school watching Gabrielle’s older brother at football practice. Then they saw a patrol car pull up. When the police officer stepped out, they recognized him: it was officer Ropos. Then he reached inside his car and pulled something out.
Gabrielle couldn’t believe her eyes. Inside the bag was a brand-new tablet, which officer Ropos had bought at Best Buy the day before. “When she told me she gave the money to her mom… that’s when I almost started crying because of how great of a kid she really was,” he explained, adding he didn’t mind spending his money on the gift.
“People have helped me out in my life, so it was kind of like a pay-it-forward type thing.” Melissa had been taken aback when he had approached her the day before about the gift, and now she was filled with gratitude. 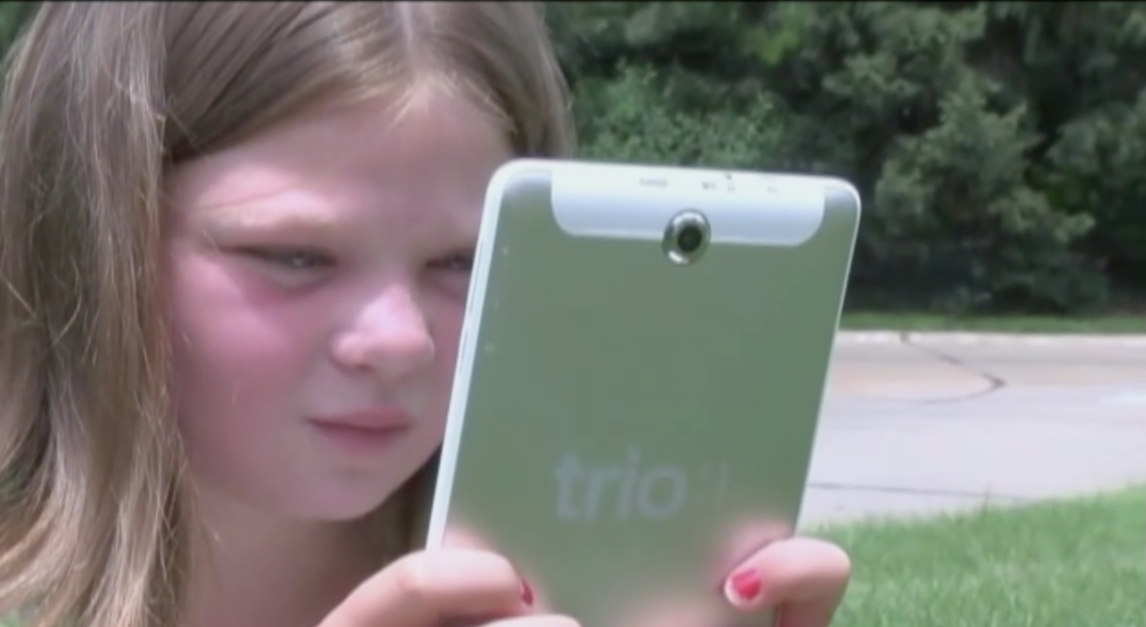 “The kindness of people — it gets me every single time,” said Melissa about what officer Ropos did that day. “I told him, ‘I just need you to know that you’ve given this gift to a really awesome girl.’ She’s got a huge heart.”
Officer Ropos agreed and wanted to make sure Gabrielle knew how much he respected her diligence. “I talked to the little girl, gave her a speech about how courageous and admirable I think her efforts were to save up her money,” said officer Ropos. Melissa took a few pictures of the moment Gabrielle received the iPad from the deputy, which the Lake County Sheriff’s Department later posted on Facebook.
The images went viral. The post on the sheriff’s department Facebook page has been shared more than 34,000 times and received almost 10,000 comments. Officer Ropos and the Garcars were contacted by various media outlets, including Yahoo News and TODAY.com to talk about the heartwarming story.
But the deputy doesn’t understand why such a simple act is getting so much attention.


As Humble As They Come “I really didn’t want all the media attention,” said officer Ropos. “I just wanted to see the smile on a little girl’s face and that was worth a million dollars to me, so that’s why I did it.”
He also mentioned that he’s not the only one in his department who has done something kind for the people in his community.


A Department Full Of Heroes Officer Ropos said a lieutenant from the sheriff’s department donated $200 to a family in need, while two other deputies bought a bike for a young boy who didn’t have a way to get to soccer practice.
“That’s how it is at Lake County. Everyone is caring here,” he said. “We all give our shirt off our back for people.”
Must Read
Test Purposes Only
Dog Refuses TO Give Birth, Then Vet Gives Owner News
Teen Disqualified Over Swimsuit Gets Last Laugh