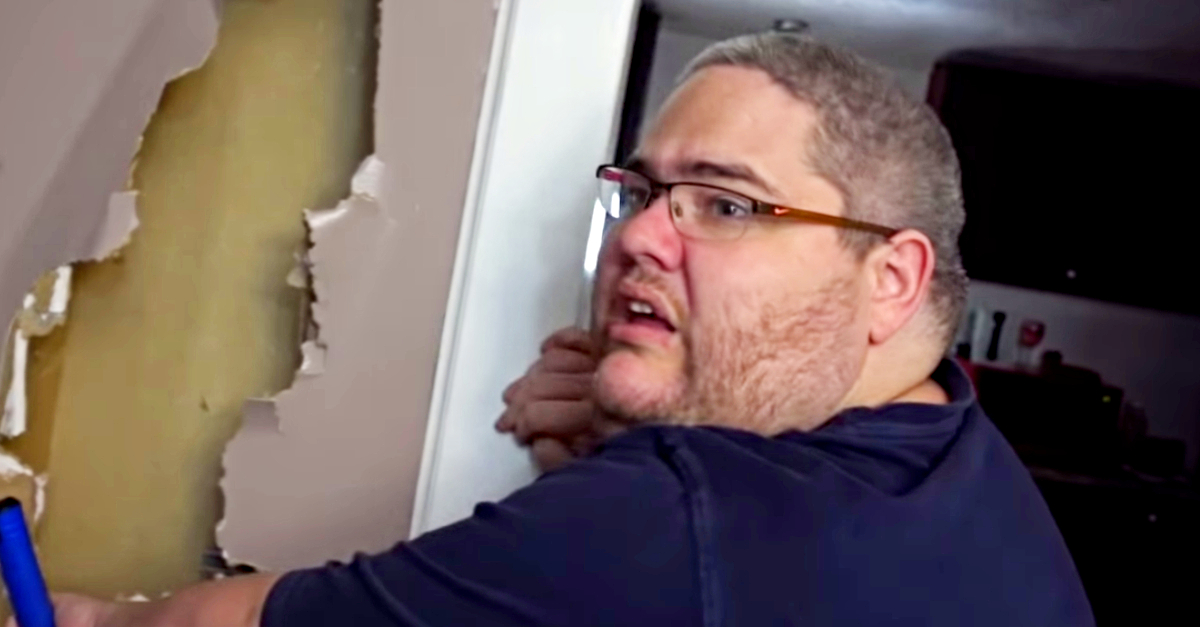 As he began to crack open the air vent behind an old toilet, he noticed something sticking out from behind it. “How odd,” he thought, but still went ahead with his work. As he began to rip the old air vent away from the wall, the mysterious objects came tumbling out.

The faded squares of leather were tattered but seemed to be still intact. But when he got a closer look he could not believe what he was seeing. 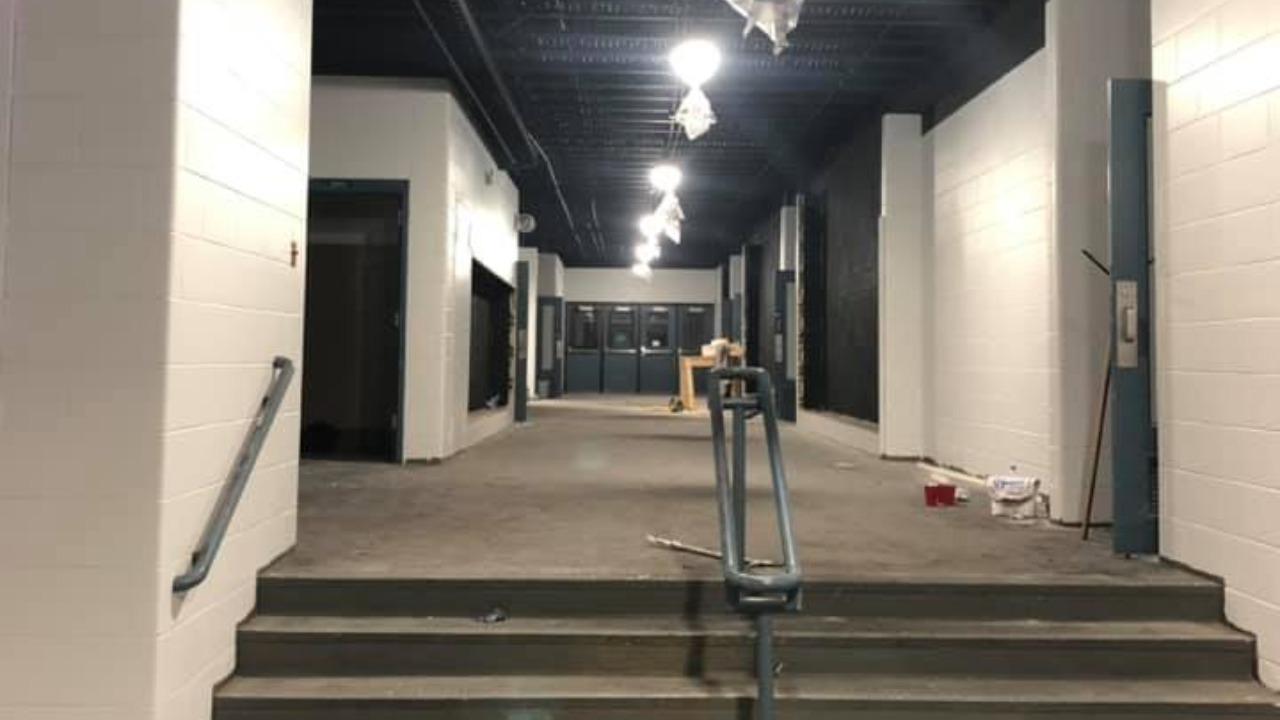 The Centralia High School had fallen into disrepair over the years, and Seth Baltzell, a pastor for the City Hope Church, had big plans for the derelict school. He purchased the building in early 2019 with the intention of making the building the new site of CHC’s outreach center and church — he wanted to give back to the community.

But what he never expected was to find a stash of items hidden inside. 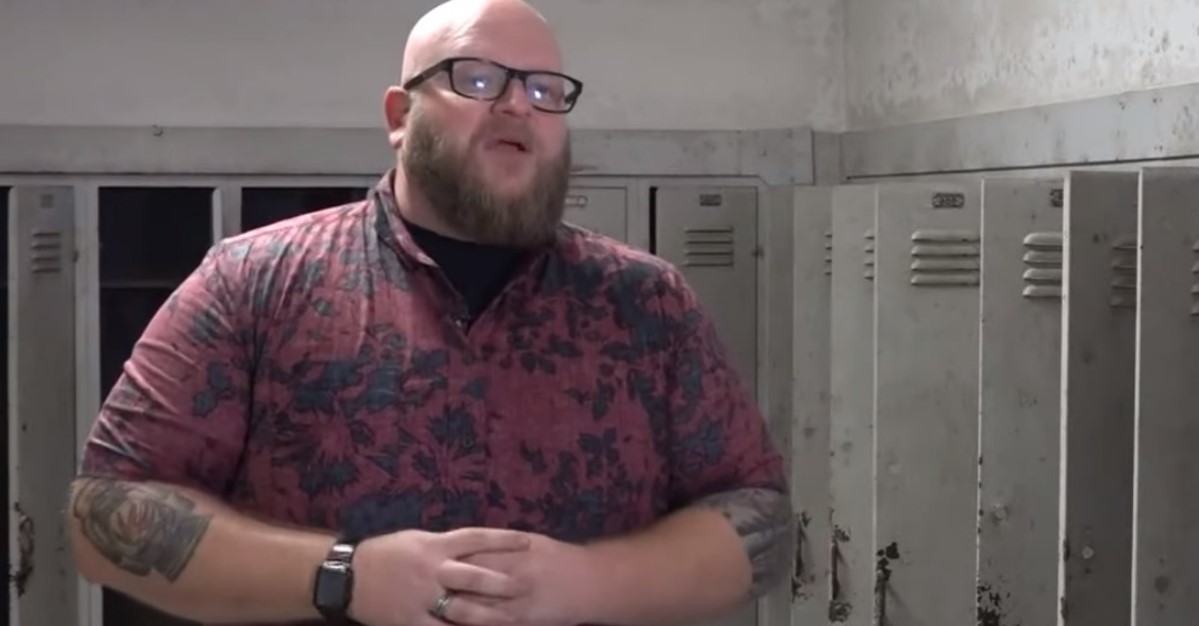 But before he could put his humanitarian project into action, Seth had to do some renovations. He quickly realized that he may have bitten off more than he could chew when he inspected the old school’s bathrooms.

Knowing that he’d need professional help, he called on the services of a plumber – who wishes to remain anonymous after making the discovery of a lifetime. 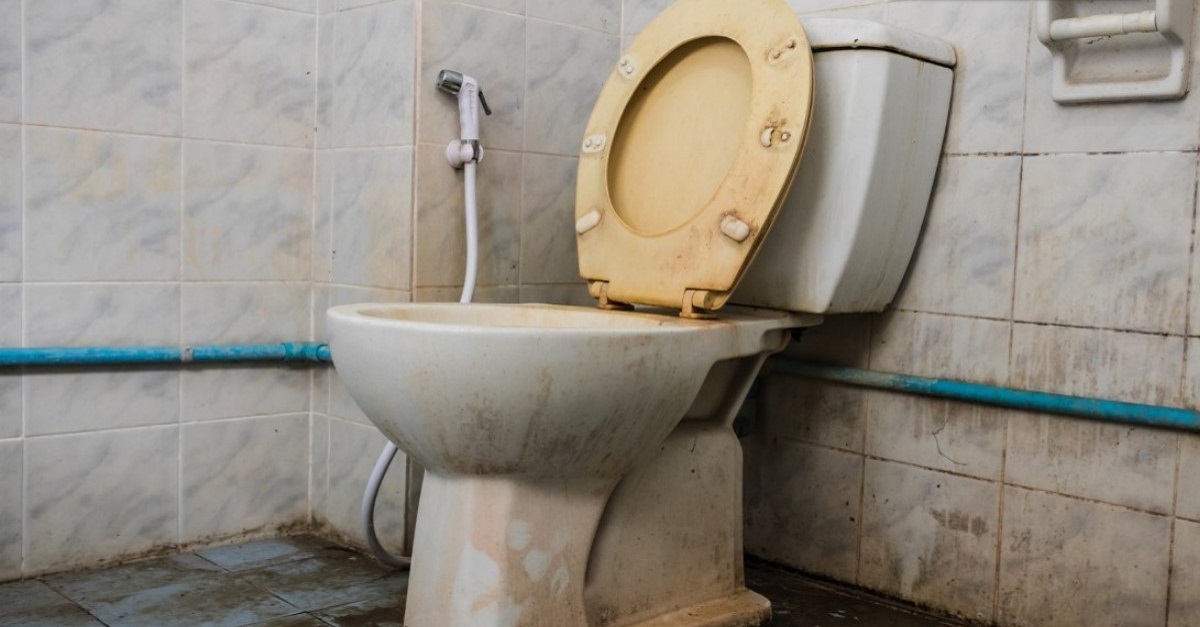 Since the 1940s, hundreds of high school children had learned about life and love in these crumbling hallways and classrooms. Naturally, an old building like this is steeped in history, so Seth had an idea that it had some secrets of its own.

Nevertheless, he was caught completely off guard when his plumber hit upon something sinister.

In The Girls’ Bathroom 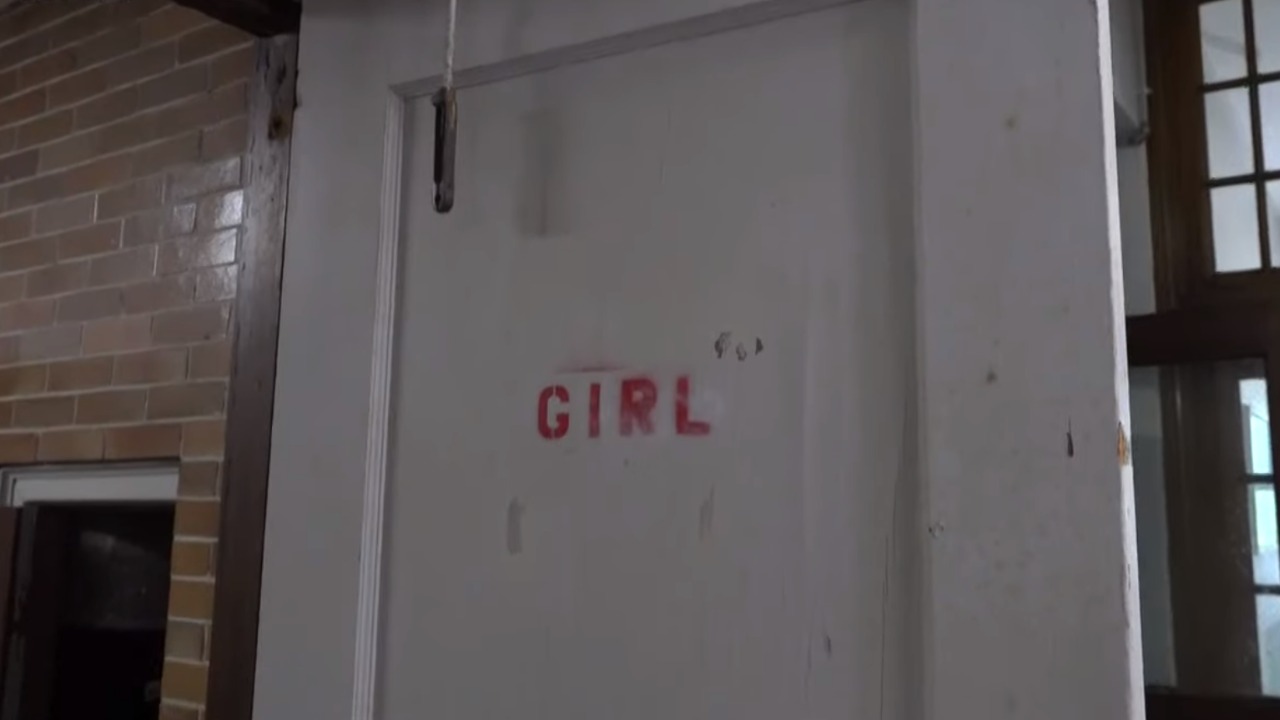 “[The plumber] had demoed out part of the old girls’ bathroom here on the second floor in this old building,” Seth told KSDK News in July. “When [the plumber] cut into the vent, just a whole bunch fell out,” Seth recounted.

But this was just the beginning of the strange mystery. 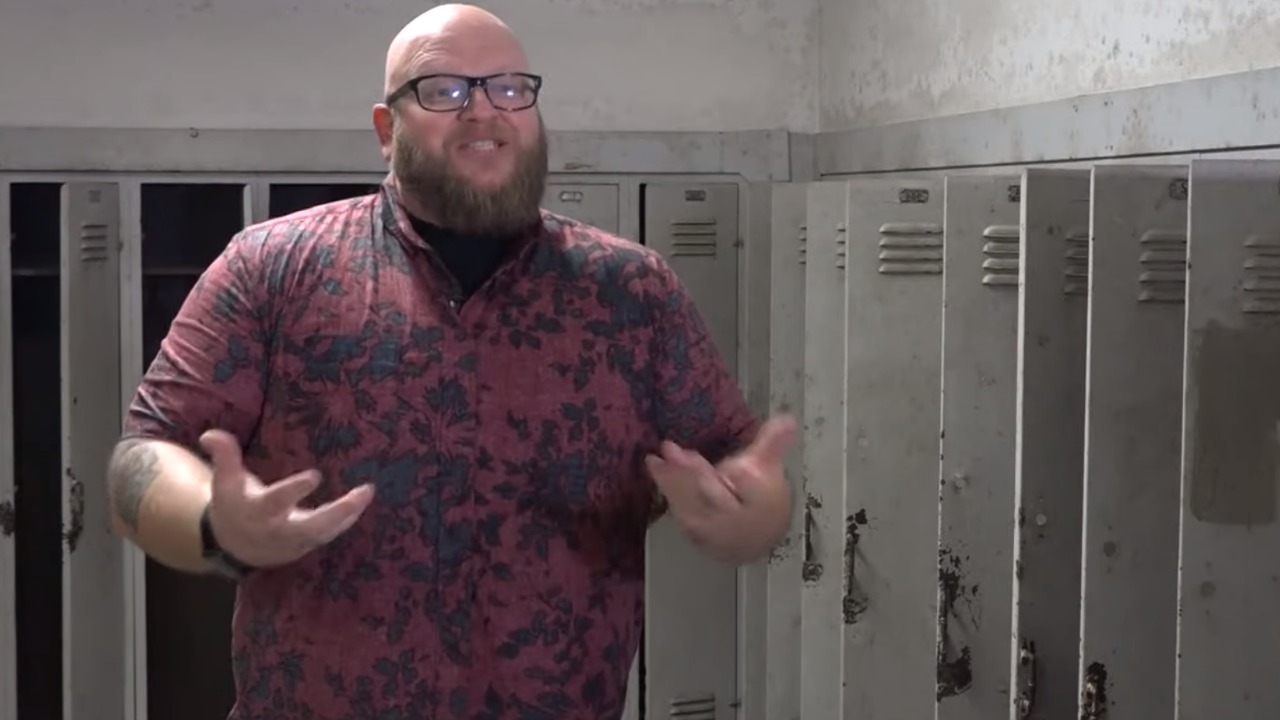 The leather rectangles just kept coming. The plumber counted as each one fell out of its hiding place behind the toilet and onto the floor.

When he was sure there were no more hidden inside the wall, he had a total of 15 assorted wallets laid out on the tiles in front of him. He knew he had to call the police right away. 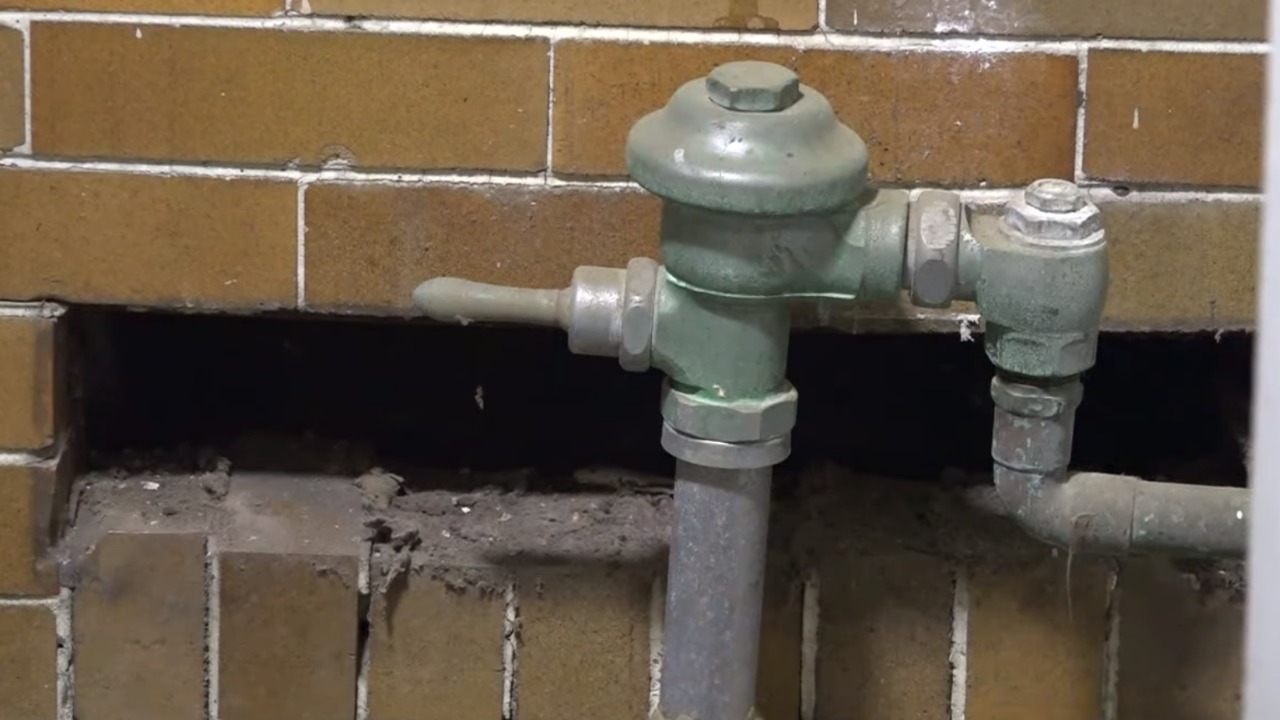 Who had these wallets belonged to? And why had they been hidden in an air vent in the girls’ bathroom? They had just found something incredible. Seth arrived on the scene and was puzzled — but all he needed to do was open them up to find out.

Seth knew these items must be old, but he never expected how old they were until one piece inside gave the mystery away. 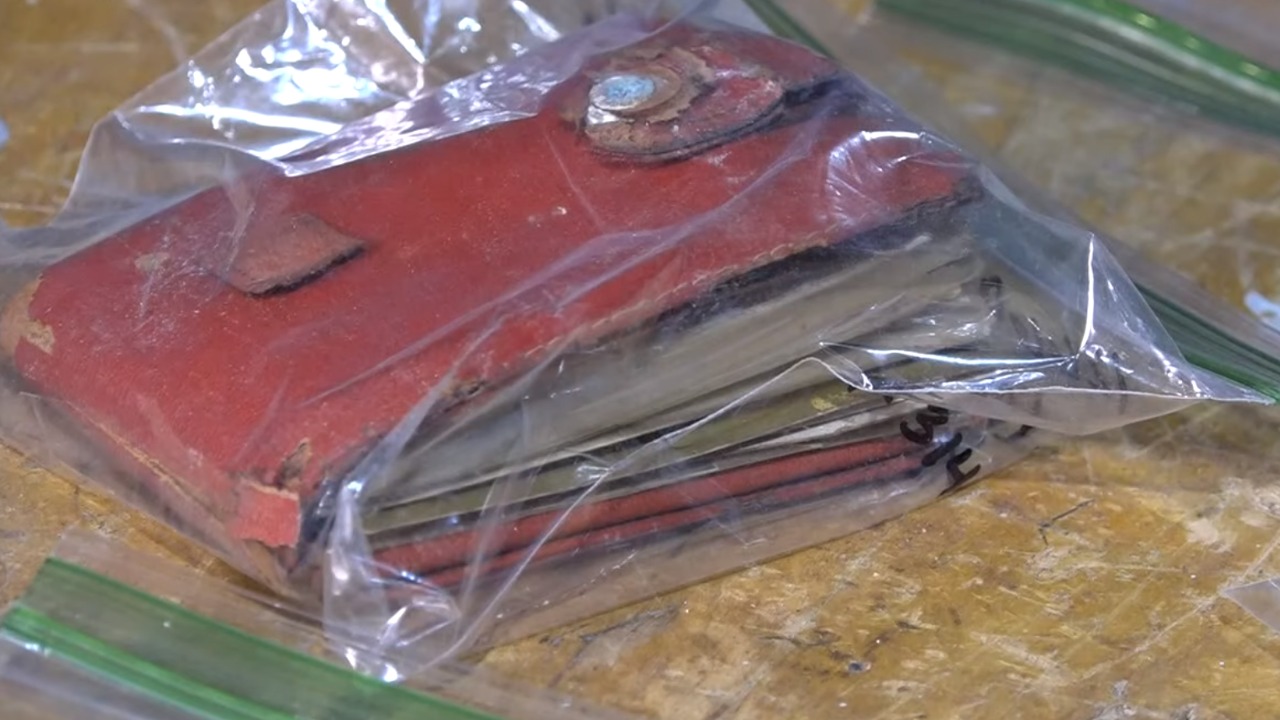 The wallets were in remarkably good shape, although the leather was faded. Seth opened the first one up, and there were some items inside.

Some items were unrecognizable, but others made his jaw hit the floor. “While someone took the cash, they left behind all the pictures, information and other documents,” Seth wrote on Facebook, puzzled.

Pieces Of The Puzzle 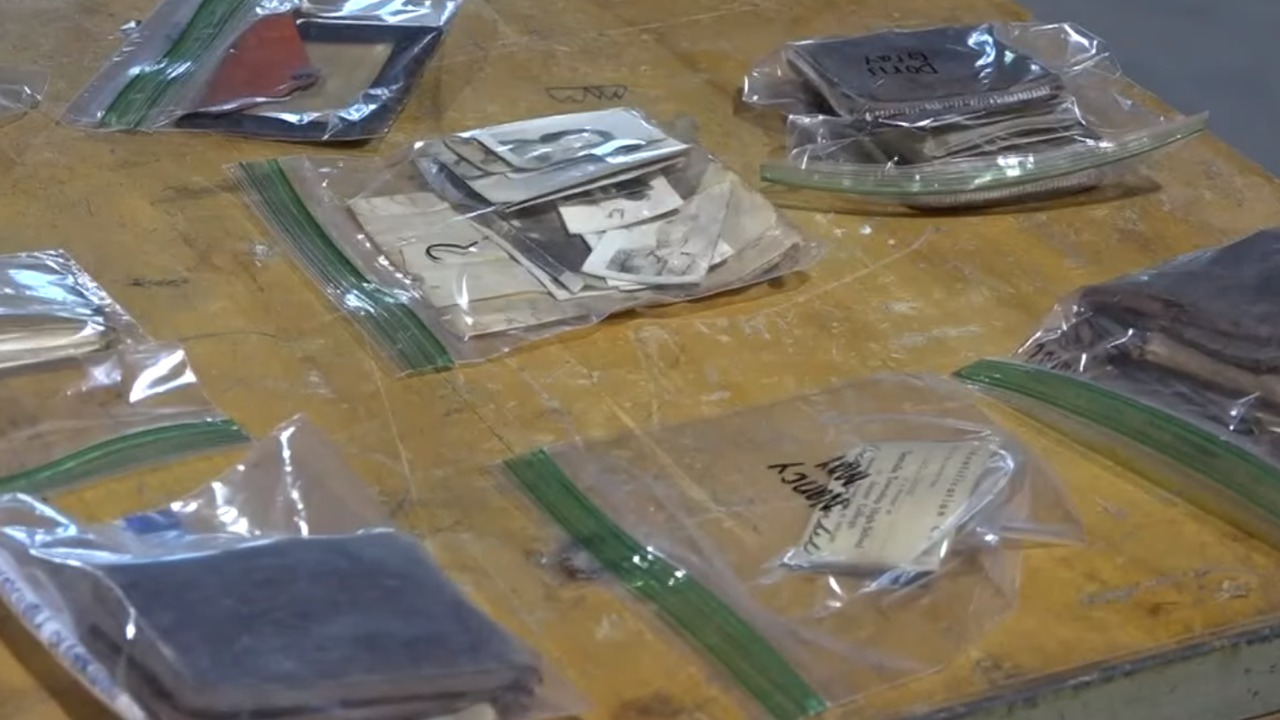 Seth was surprised by the contents the wallets held. They were medium-sized, but inside, they contained many things.

The first thing he pulled out was some old and faded photographs. Still, they had no idea whose they might be, so they kept searching. But how long had the wallets been hiding for? Surely it could not have been from so far back, could it? 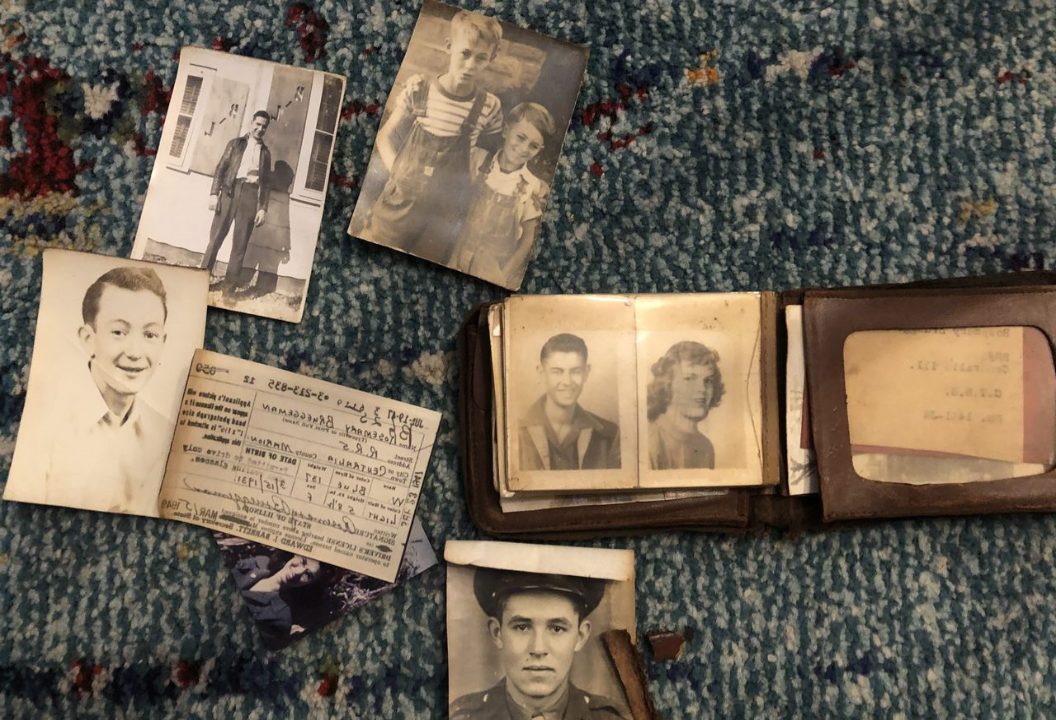 Among the contents, there were a lot of pictures of people that were taken a long time ago, but still, they seemed in great shape despite having been secreted away inside the wallets for such a long time. The photographs were of men, women, children, and older people.

But it was impossible to pinpoint whom the wallets belonged to. Until they opened up the parts of the wallets where all the secrets were stored. 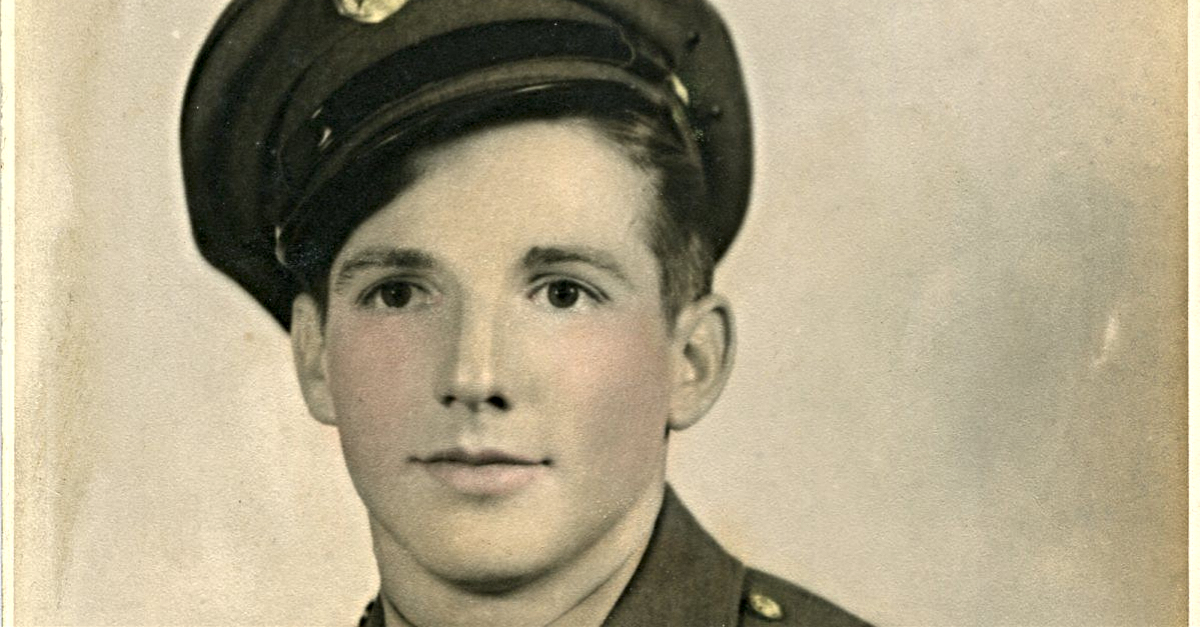 “The war was ending, you know, so there are lots of things… pictures, from soldiers,” Seth explained. Along with the faded photographs, there were handwritten ID cards.

And each and every one of them apparently belonged to a female pupil who had attended Centralia High School. When Seth saw the dates, he was floored. 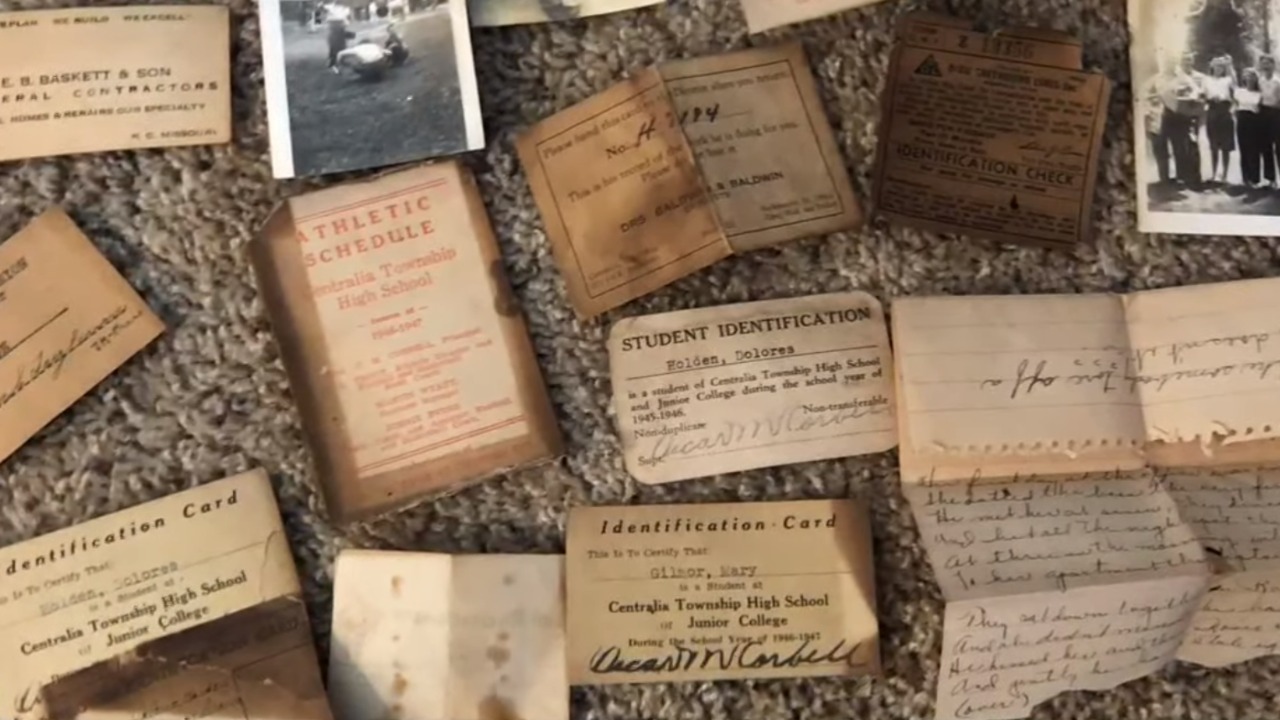 Each girl had attended the school in the mid-1940s – which made the wallets around 75 years old! “We tried to categorize them by the different names,” Seth said. But why were they here and not with their owners?

Then, he came up with an unsettling theory. Why had these girls’ wallets had been hidden in the bathroom in the first place?

Who Had Hidden Them There? 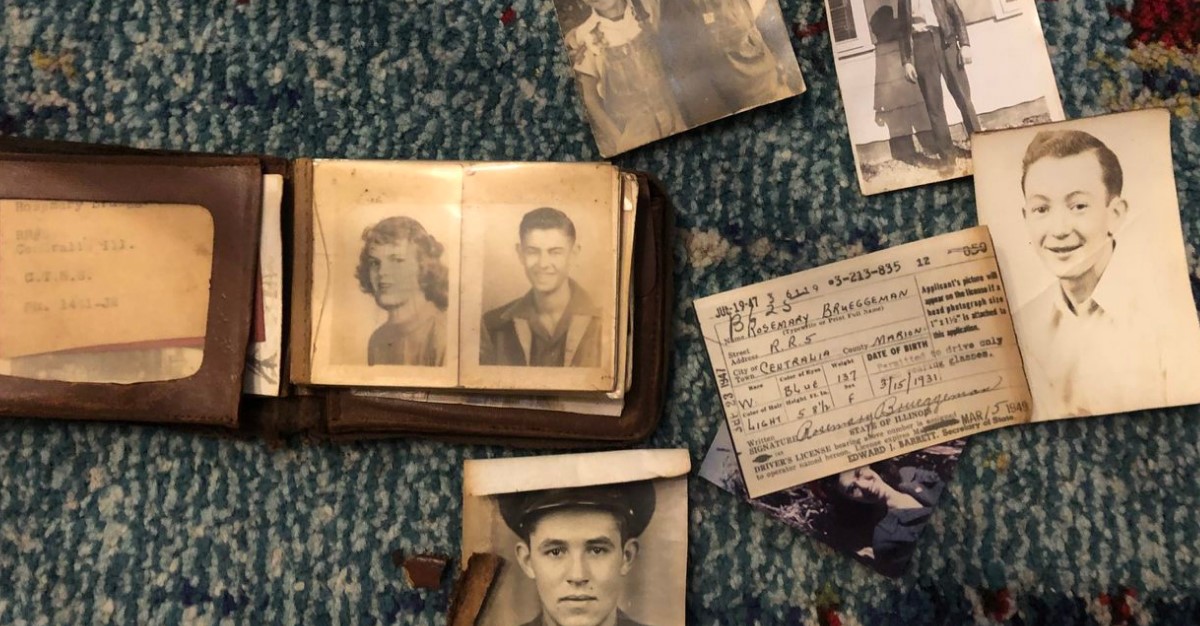 “All the pictures seemed to be from 1945 and 1946. Best we can tell is that someone was stealing wallets and then ditched them behind the toilets in a heat vent.”

The collection had lain behind the air vent for decades until Seth’s workman had unearthed it. Seth knew what he had to do. 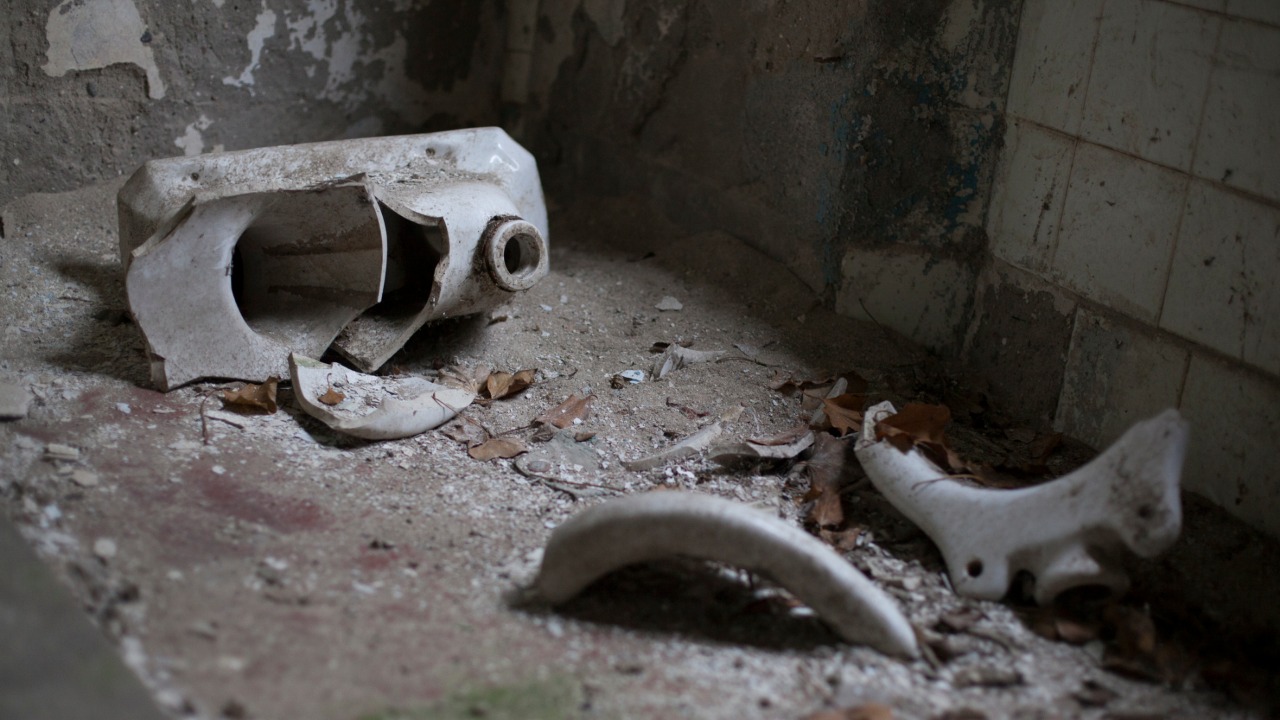 “Most likely, the person that’s owned the wallet is either at the end of their lifespan or no longer living. My best chance was to reconnect with one of their relatives,” Seth said in an interview.

“We’ve been working on this building for six months. I’ve been kind of waiting for that really cool thing that nobody’s seen in the last 75 or 100 years to pop out,” he added excitedly. Seth knew it was a long shot, but he had to try to return the stolen wallets to their rightful owners. Due to how long they had been hidden in the wall, the police couldn’t help track down the thief, either. He wrote a Facebook post in hopes of someone coming forward.

“I’m gonna throw some names in here of what appears to be mostly women, so these are probably maiden names,” he wrote. “If you know if [a wallet’s owner is] still living or are a family member, we would love to get it back to you!”

“People are commenting, so actually a lot of people reached out, and it’s relatives.” But would he be able to track any of the owners down? 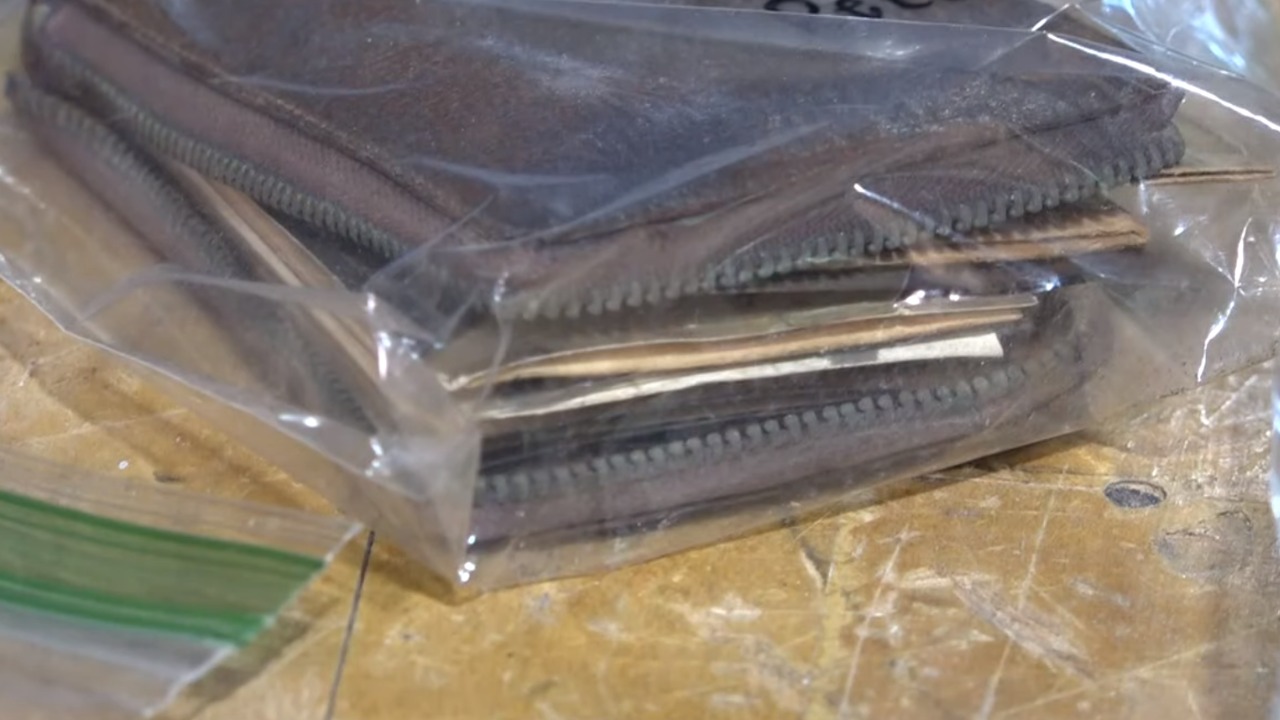 One day, a woman named Betty June Sissom came forward. It turned out that she had attended the high school and had graduated in 1947. Shortly afterward, she had moved 90 miles away to Chesterfield, Missouri.

Reporters at KSDK News were intrigued to hear that Betty had been located, and with the go-ahead from Seth, delivered the wallet to her in person. 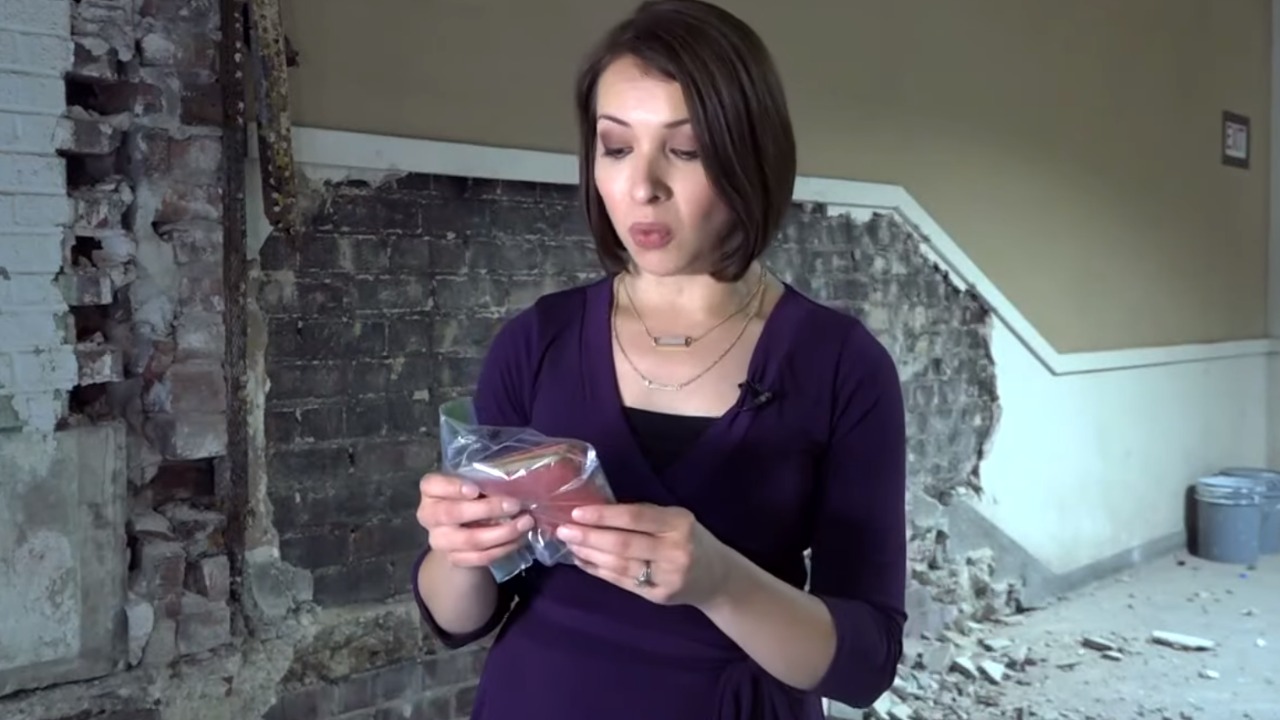 With cameras rolling, the news station captures the moment Betty is reunited with her long-lost item. “So, the pastor wanted me to hand-deliver this to you,” the KSDK News reporter tells Betty in the video. Then, she hands her the precious time capsule.

She was itching to see what she had once lost and opens it with trembling fingers. 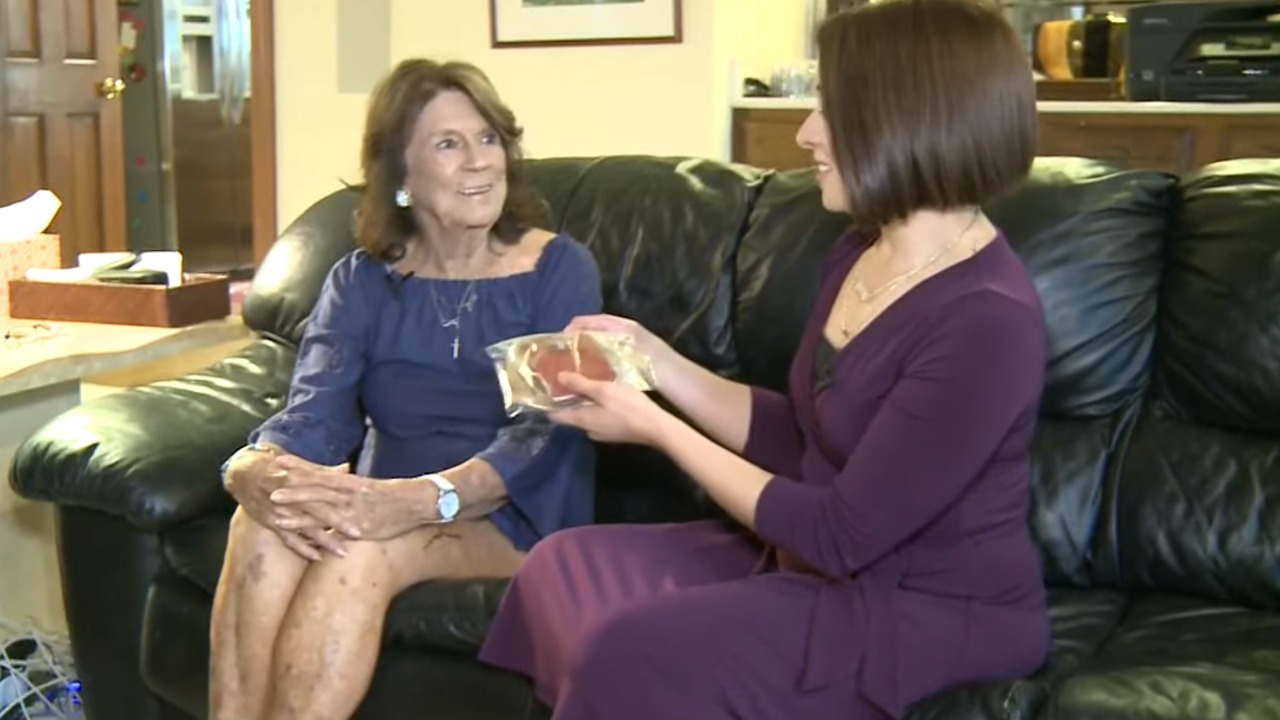 “Well, thank you, I’m so excited,” Betty exclaims. “I can’t believe after all of these years that I’ve… It looks like it’s old,” she says with a laugh as she inspects the once-bright red leather that’s now a rust-brown color.

The items inside are well-preserved, and Betty begins to identify them one by one. 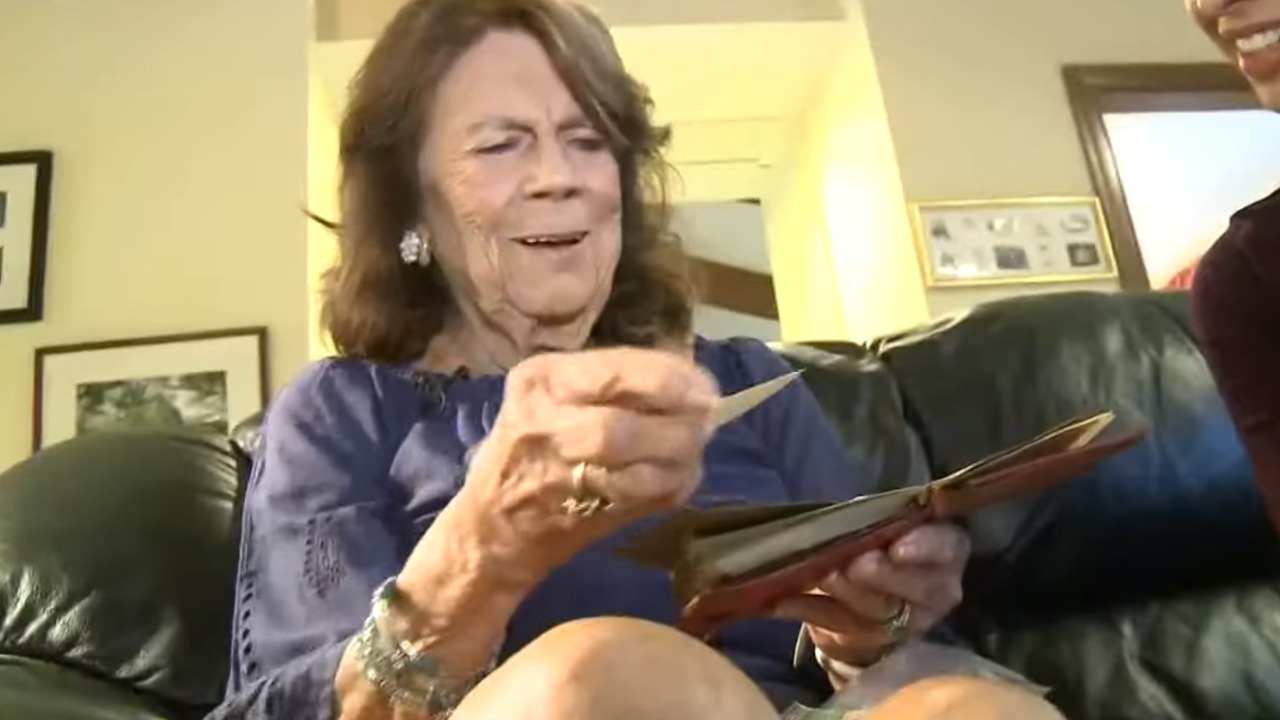 The first item Betty pulls out is a black-and-white photograph of a little girl. “That’s me with a little boy by the name of Jimmy Kane, and I had a crush on him,” Betty reveals. “I must have been about in the third grade or fourth.”

But that’s not the only photograph that has survived a 75-year stay inside an air vent in a school bathroom! 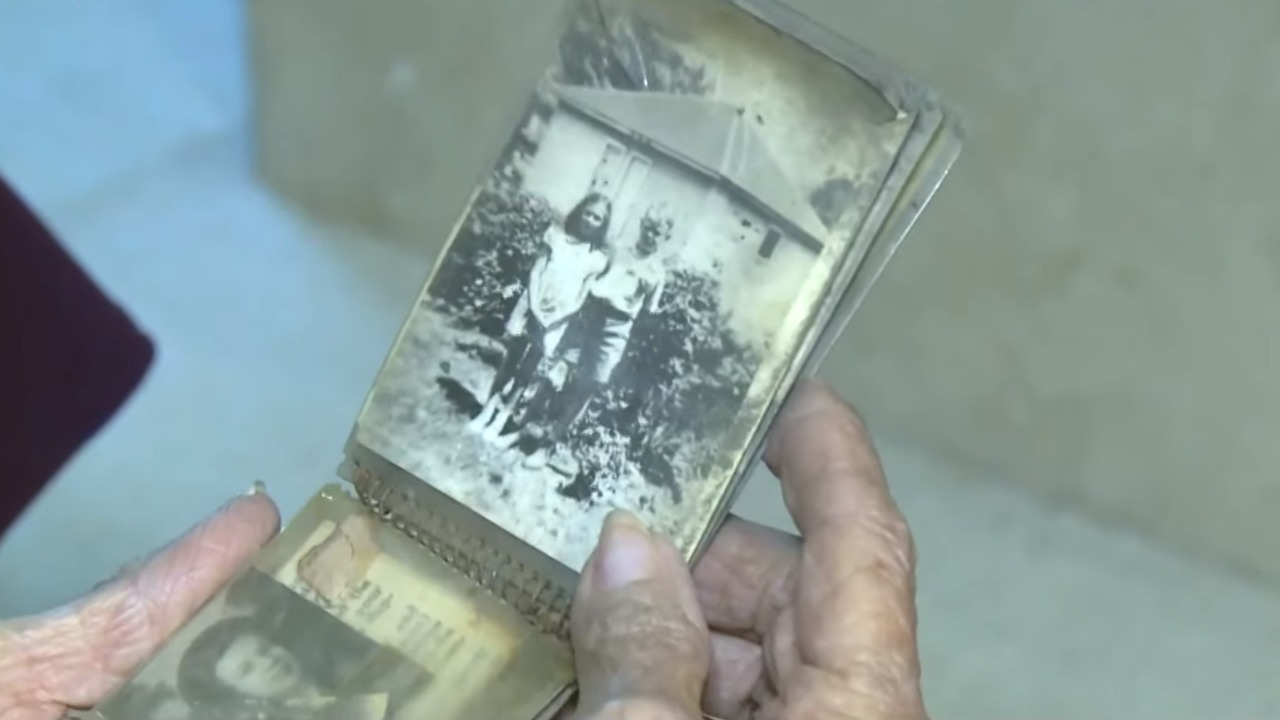 Betty begins to inspect other photographs and squeals with surprise.“Oh my goodness! Look at the boys’ pictures I have. It’s quite a shock, and it’s really exciting to see these pictures!”

Then, she peered inside the wallet’s money compartment and jokes: “They took all the money, huh?” Then, she falls silent as she pulls out another photo. 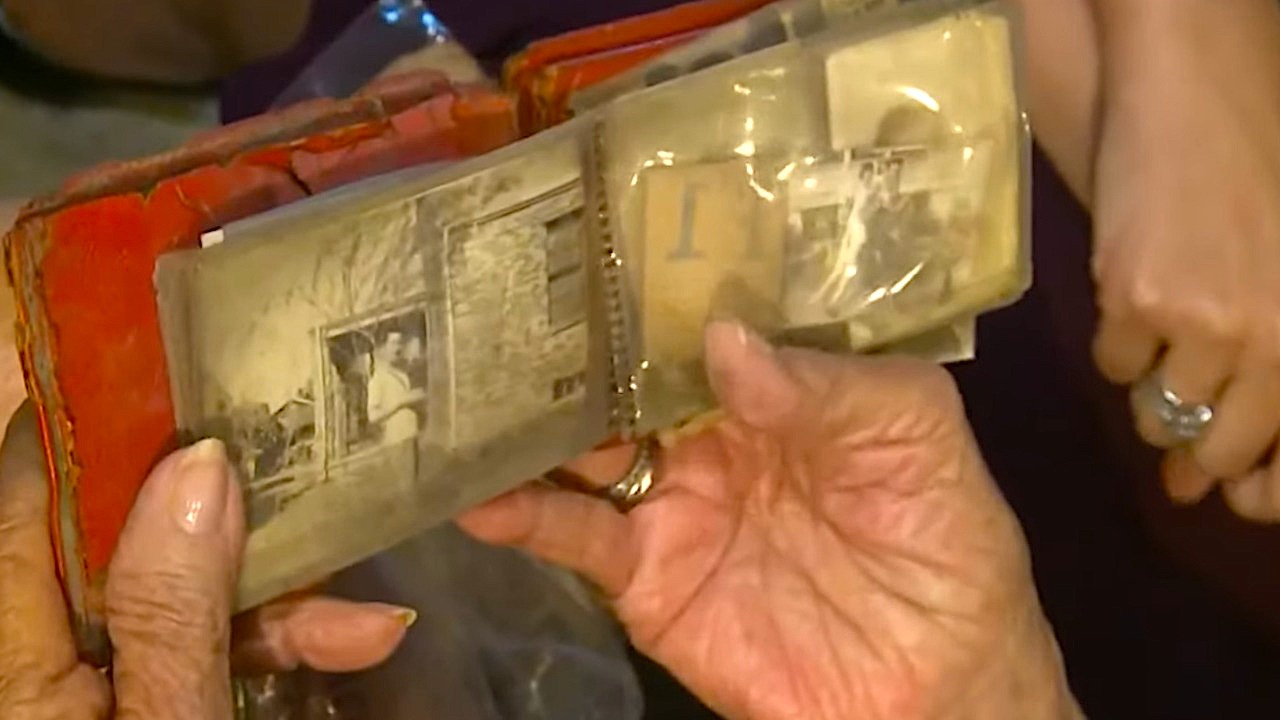 It was a photograph of Betty’s war hero brother. Unfortunately, he’d never made it home from the war. Tears welled in the woman’s eyes as she said: “I was just so glad to get that… because I don’t have a picture of him.”

But Betty’s surprises didn’t end there. 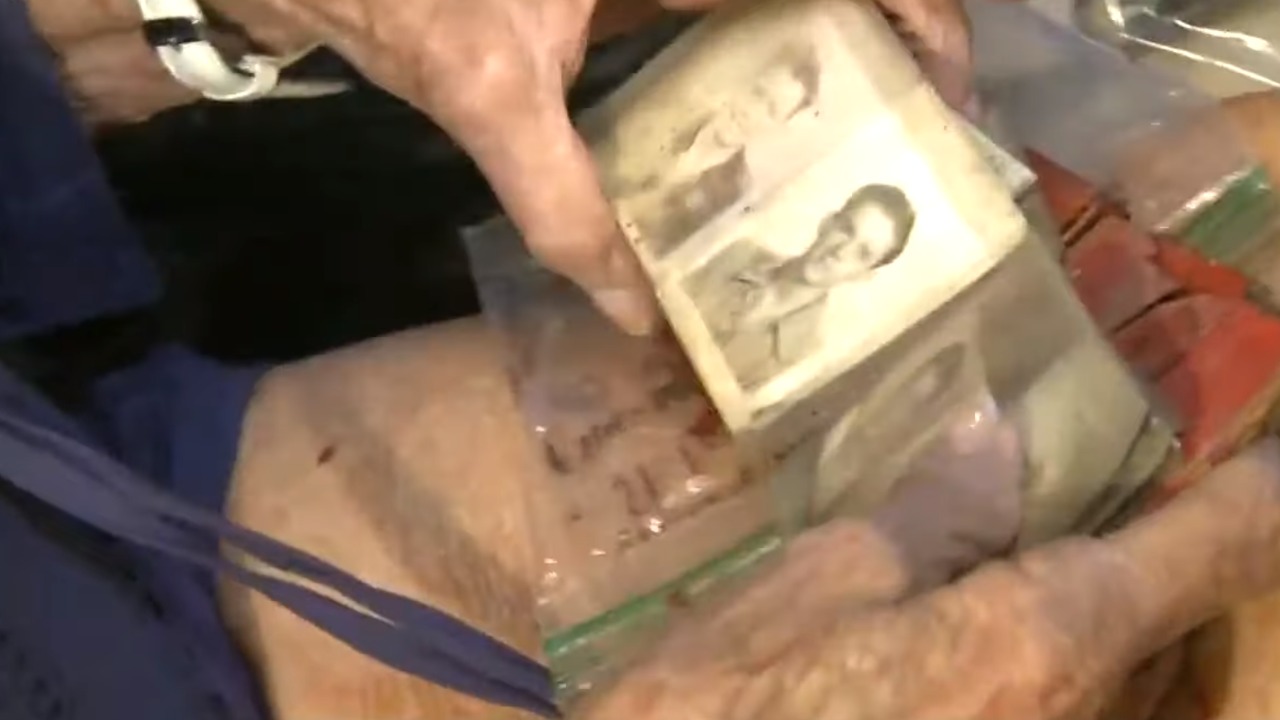 She also found her social security card, which she had been looking for since 1945! But what did Betty think about the theft of those 15 wallets that had been secreted away inside the girls’ bathroom?

She was surprised. “I can’t imagine somebody stole all those wallets and put them behind the toilet in a space I didn’t even know was there,” she said. 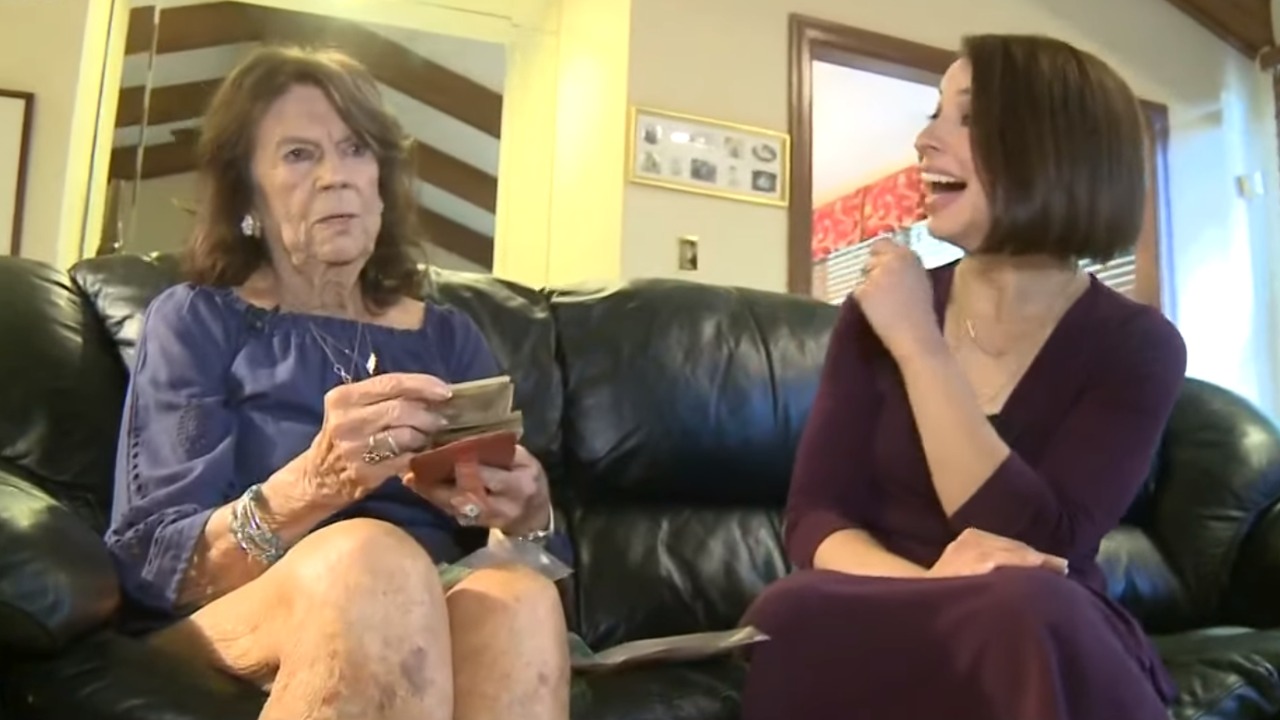 And the other women who lost their wallets?

Unfortunately, even though Seth’s Facebook post has garnered hundreds of comments and thousands of shares, nobody else has come forward. Someone did post four of the women’s obituaries, however. Hopefully, more of the women will be found soon and will be reunited with their once-lost schoolgirl treasures. 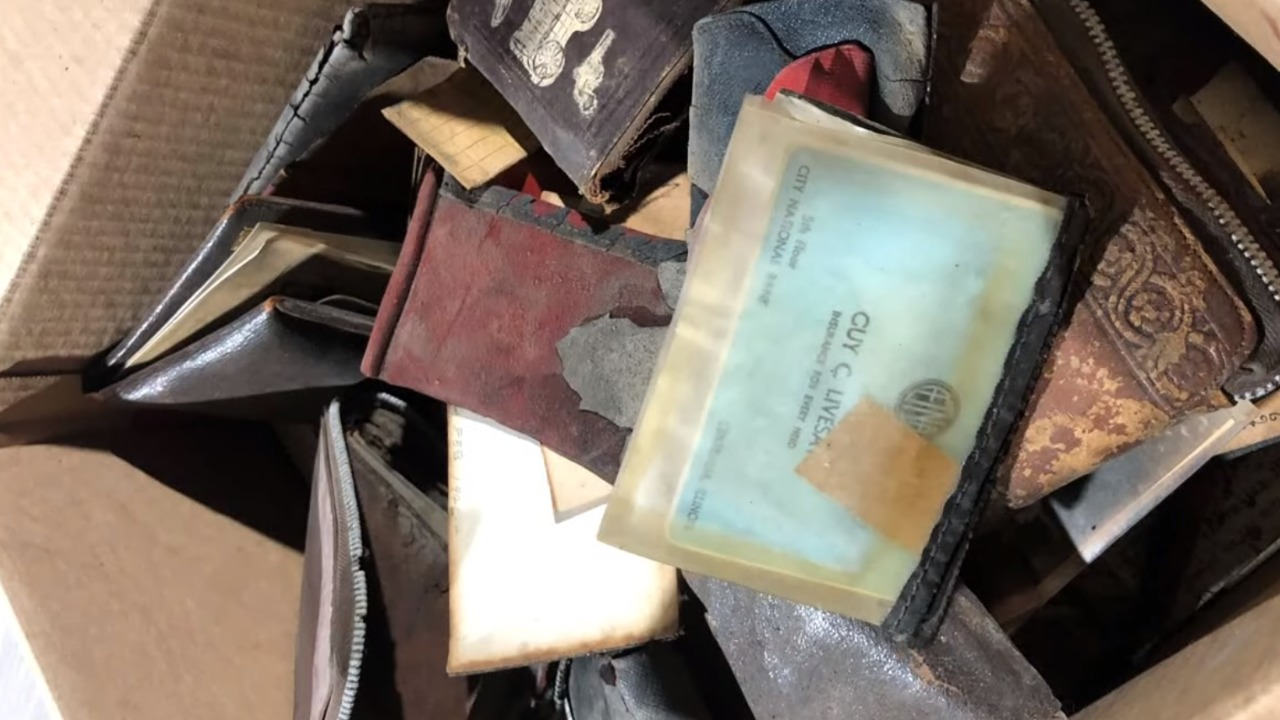 Unsurprisingly, netizens can’t get enough of the intriguing story. One commenter wrote: “This is so cool! Not that they were stolen… but wow, what a find!” Others insist that the wallets are important pieces of history. “That’s awesome,” someone commented on Seth’s post. “If family doesn’t claim [them], maybe the museum would.”

Others like to dwell on the darker aspect of Seth’s find. 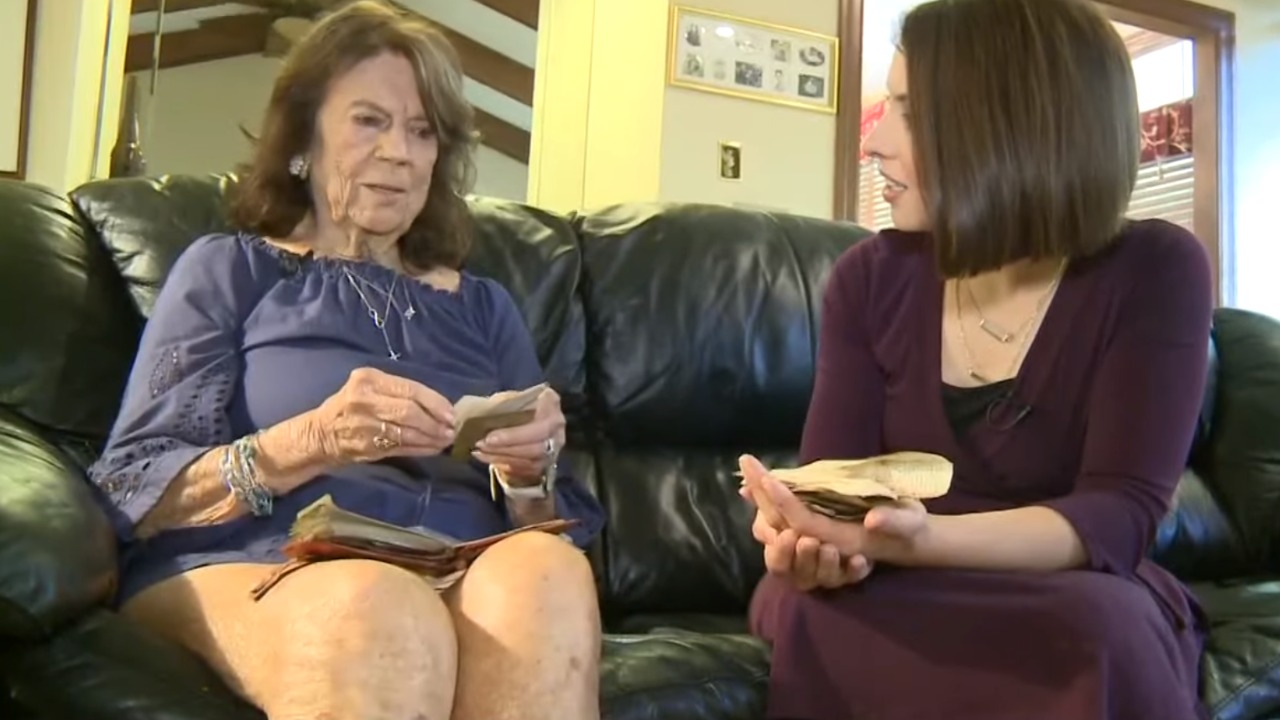 “That was pretty smart of the thief, though,” one reader quickly pointed out. “Without the wallets, they could never prove that he [or] she was the culprit.” But other netizens found the entire situation rather sinister. Some wondered why all the girls’ personal details were stored away in the wall of the bathroom.

We May Never Know 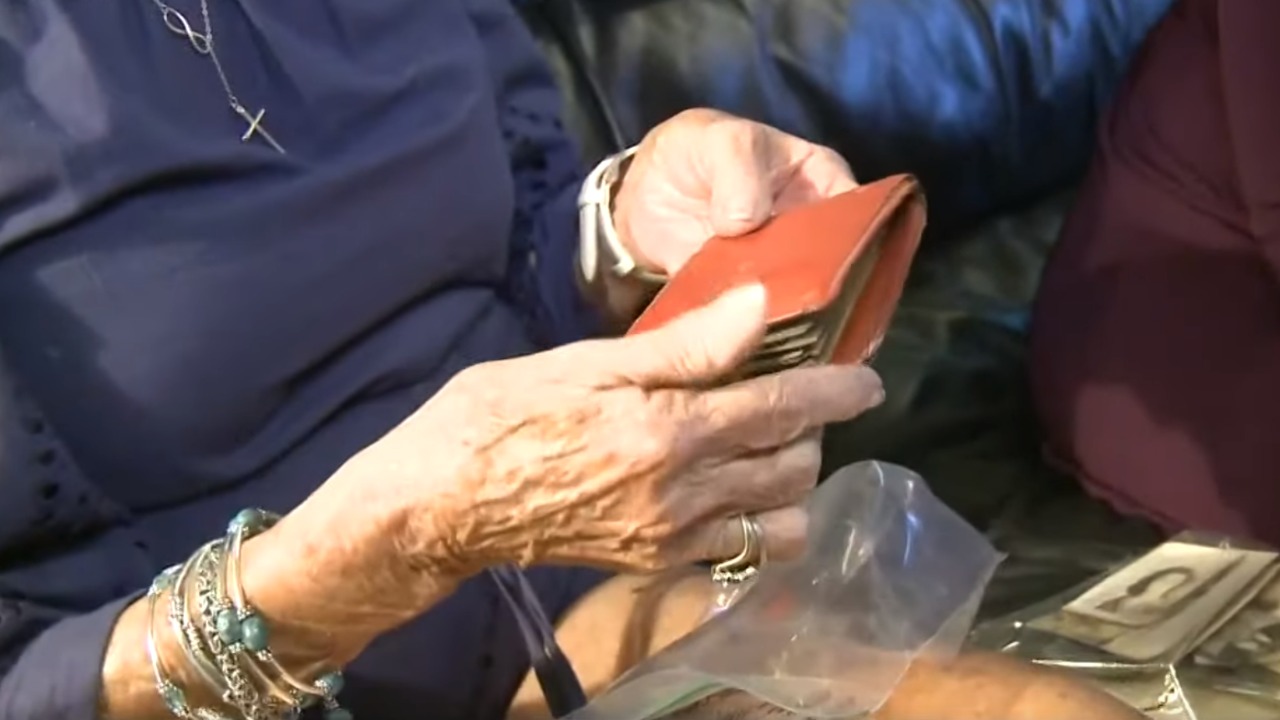 Whatever the truth may be, it’s unlikely that the wallet thief will ever be found or his or her motives questioned. Did the culprit intend to return for the girls’ ID cards? Or had they only been interested in stealing the cash?

Betty hopes more women will still come forward and they’ll be able to shed some light on the mystery. “I’m sure the other people whose wallets they found – hopefully they’re still alive – would be as excited as I am,” she said.