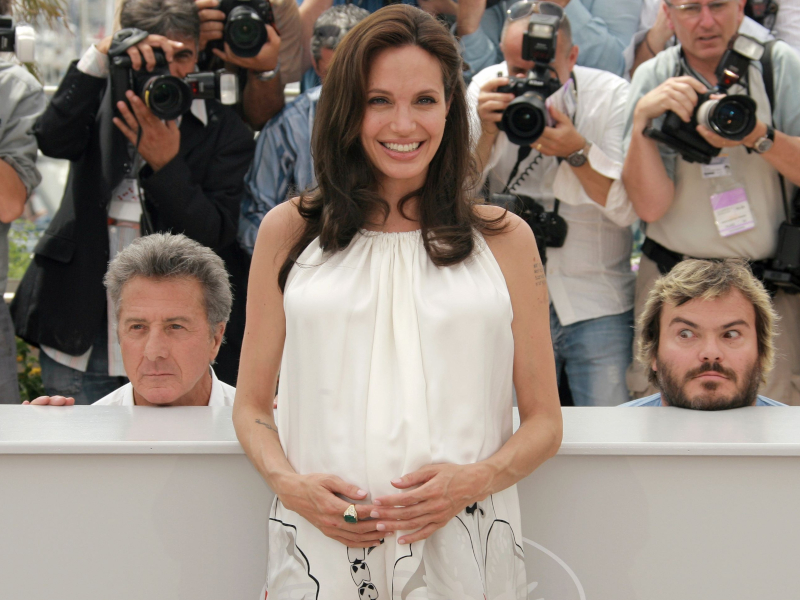 Ever imagined a celebrity coming to you for a photo instead of the other way around?

It’s more likely than you’d think. Just take a look at these photobombs made by some of the most well known celebrities. 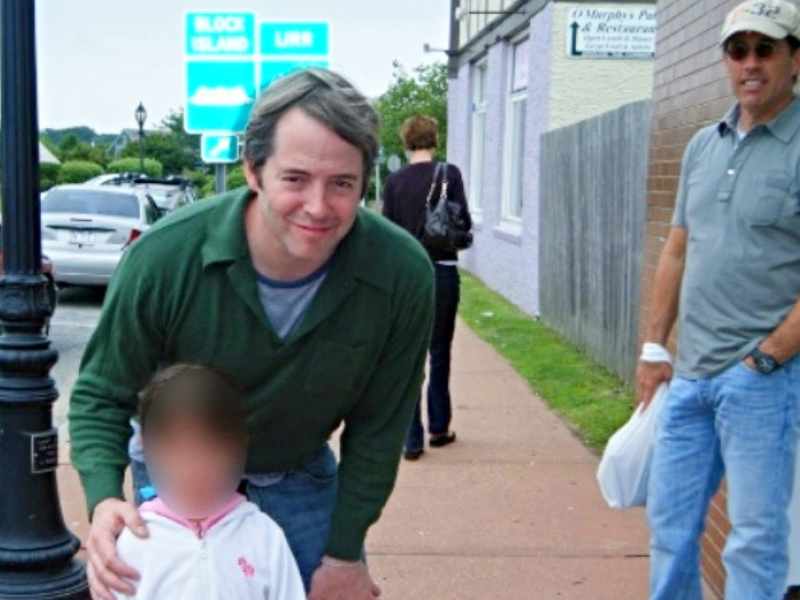 Not only did this kid get a snap shot with one celeb, but he also got photobombed by Seinfeld. Too bad, he might be to young to know the show? But we can be sure his parents will tell him. 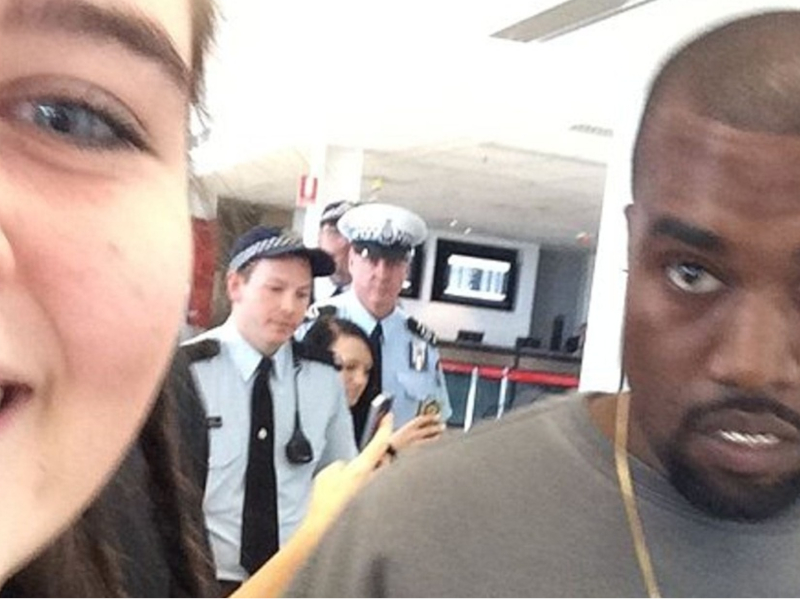 This one looks like West is upset about being arrested at the airport or something. In fact, many of his unplanned photos show him looking less than happy. 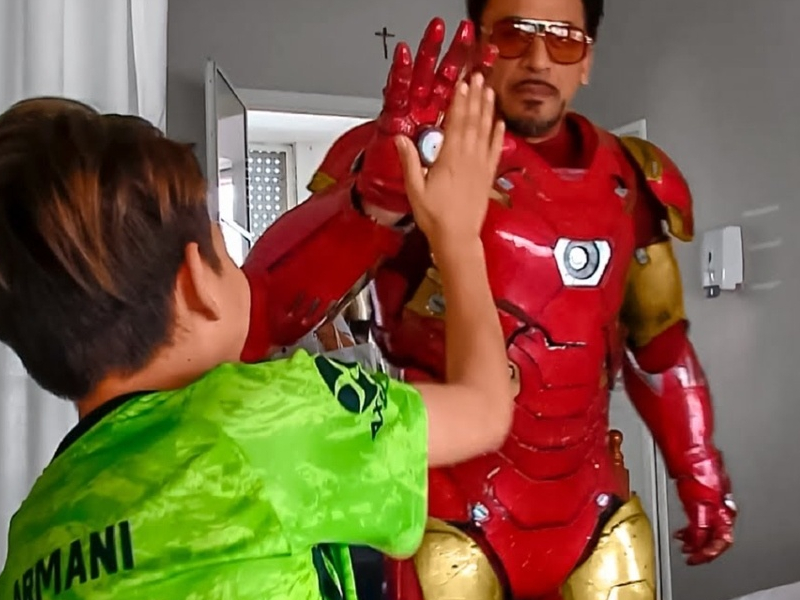 Just when this kid thought he was getting a family visitor, his favorite super hero comes in!

It’s not technically a photobomb, but it’s so heart-warming. it had to be included. Extra props for Mr. Downey wearing the awesome Stark sunglasses. 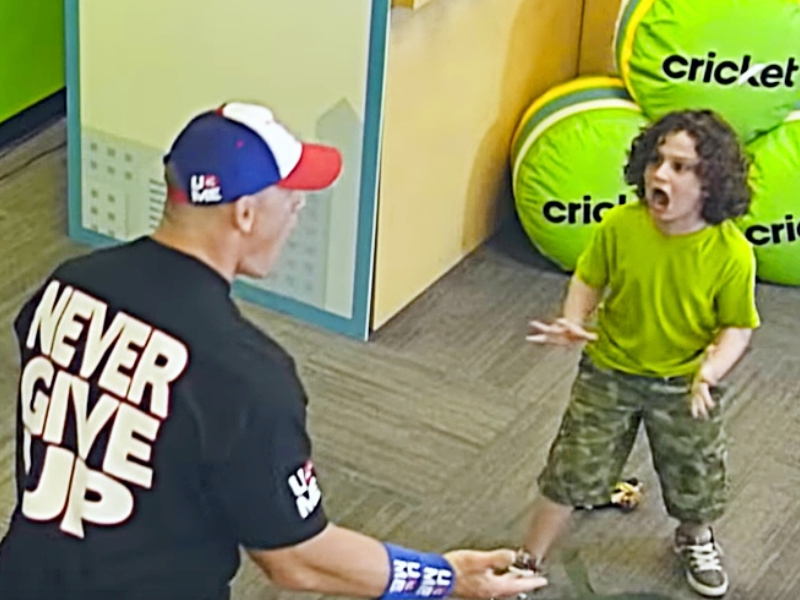 The Rock is famous for his funny photos and jumping into snap shots at the last minute.

But he’s also well-known for surprising his fans. Thankfully, this kid is young enough to avoid a shock-induced heart attack – but the face says it all. 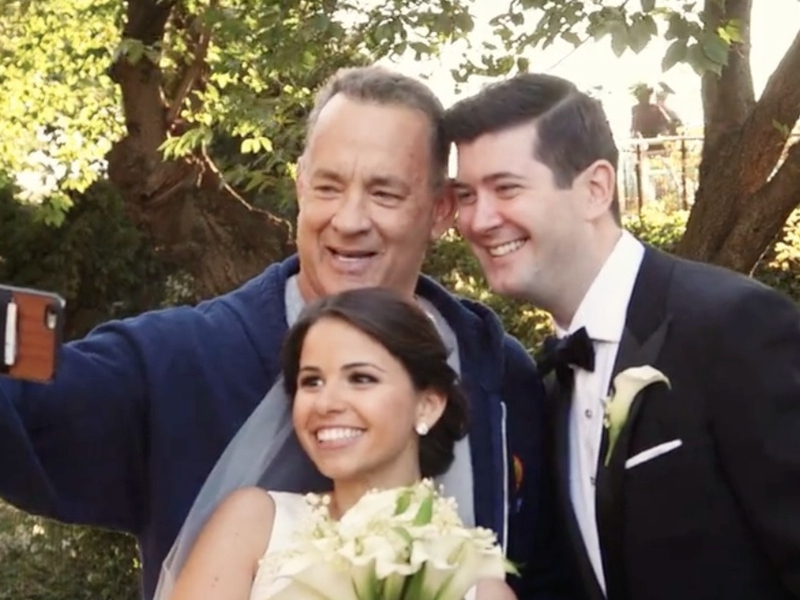 But he’s also asked his fans to try and leave him be on the streets – probably because he would never get anywhere if he stopped for every pic. So when he does pose, it’s always something extra special. 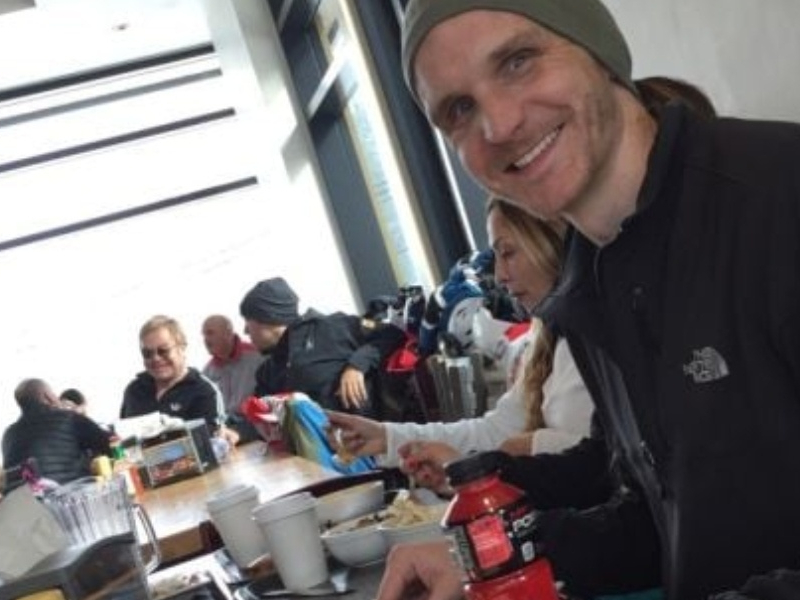 It takes a good eye to spot a photobomb opportunity across a busy diner.

It’s one of the few snaps where the celebrity is looking so happy and thrilled to be part of the gag. It surprising more people didn’t figure out what was going on and tried to get in on the action. 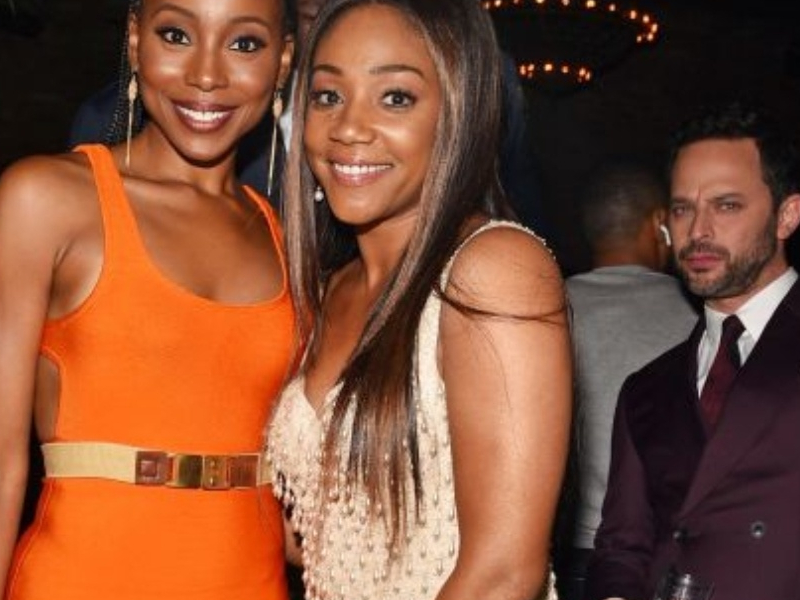 Two celebs were busy with their own moment, when comedian/actor Nick Kroll decided to jump in with some hilarious stink-eye.

It honestly ended up much better than a boring, old selfie. 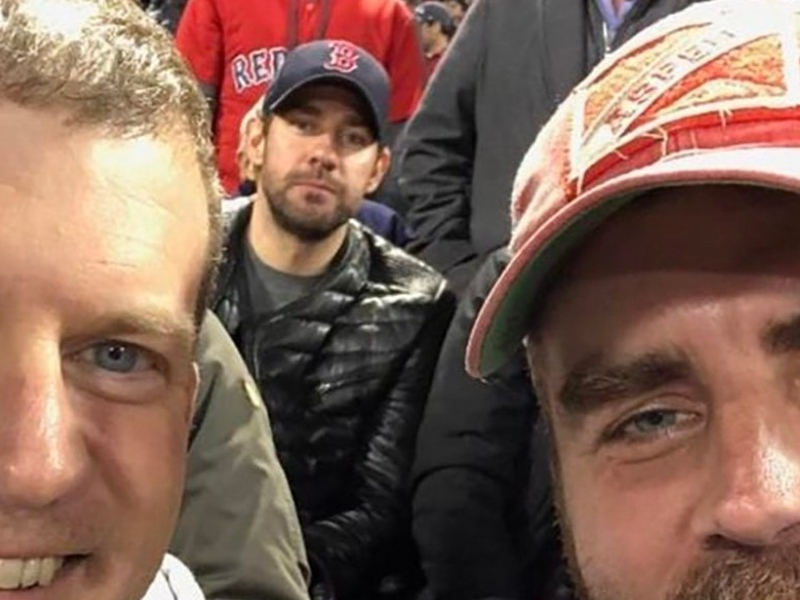 The two guys looks as if they’re trying to take a selfie, but actually get the celeb in the background. John Krasinski’s expression says he’s on to their plan as well. 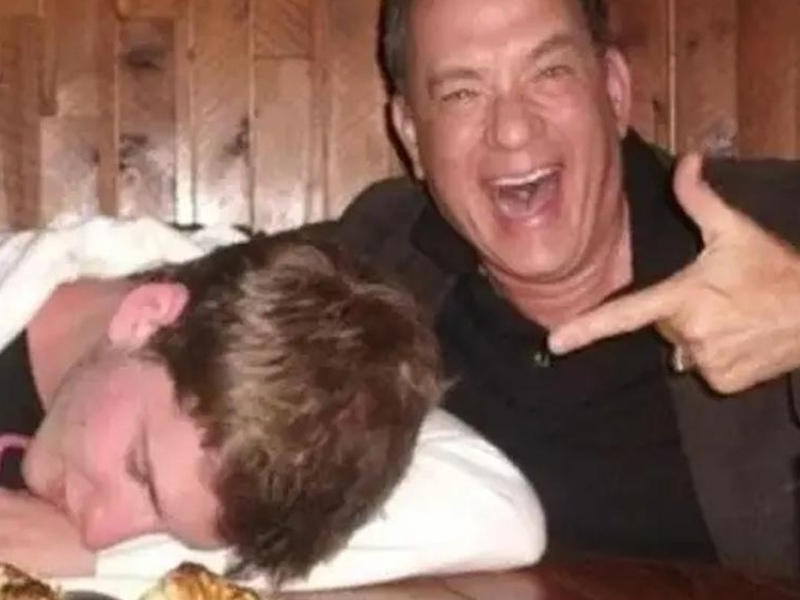 The first version of this story goes like this…

Tom Hanks was having a drink with a friend and noticed a very wasted guy sleeping on the table. He saw a smartphone and decided to snap a few photos as a next-day-surprise. 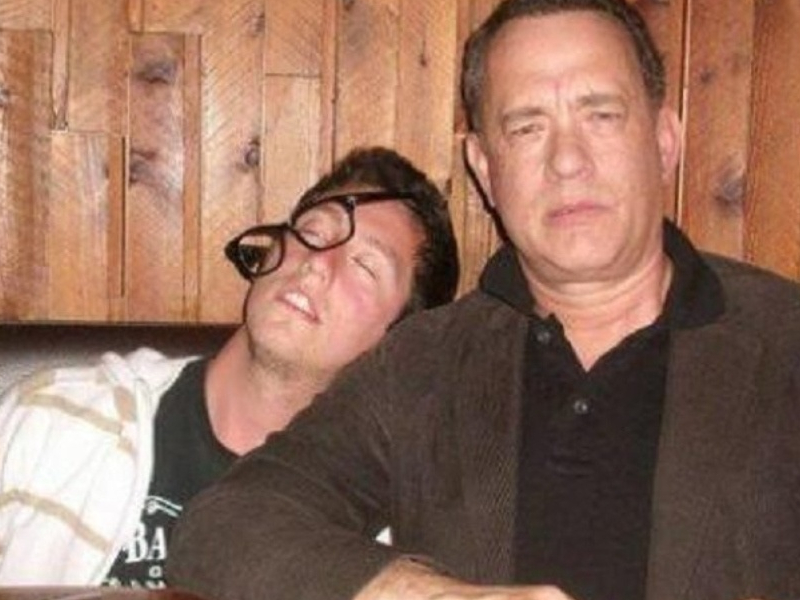 The second version of the story is also interesting…

Some say that the guy saw Hanks and asked to pose for some funny photos – all along the lines of the “passed out” and surprise photos story. Either way, the photos are epic. 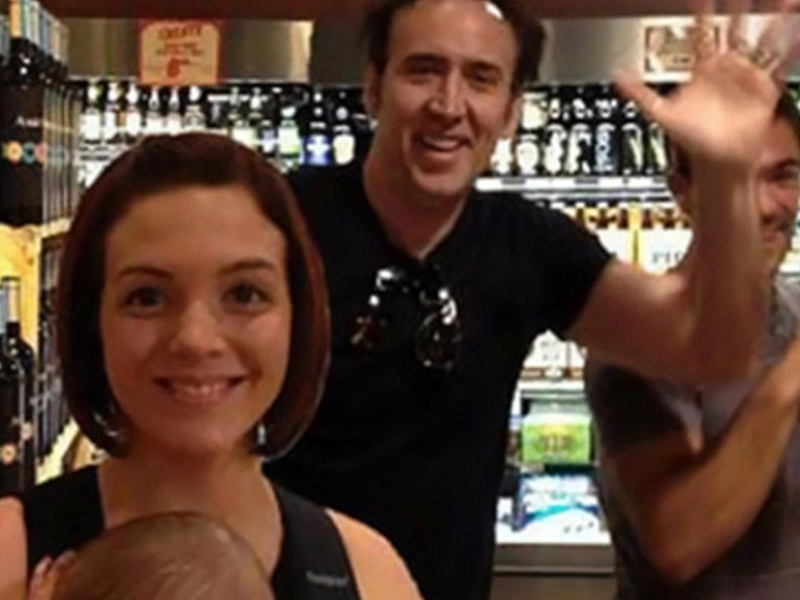 Imagine going out for some oatmeal and diapers, but landing a celebrity in the background.

Vera Graziadei jokingly said, “I tried to take a photo with my baby, but some idiot has ruined it”. It was retweeted over 2700 times. 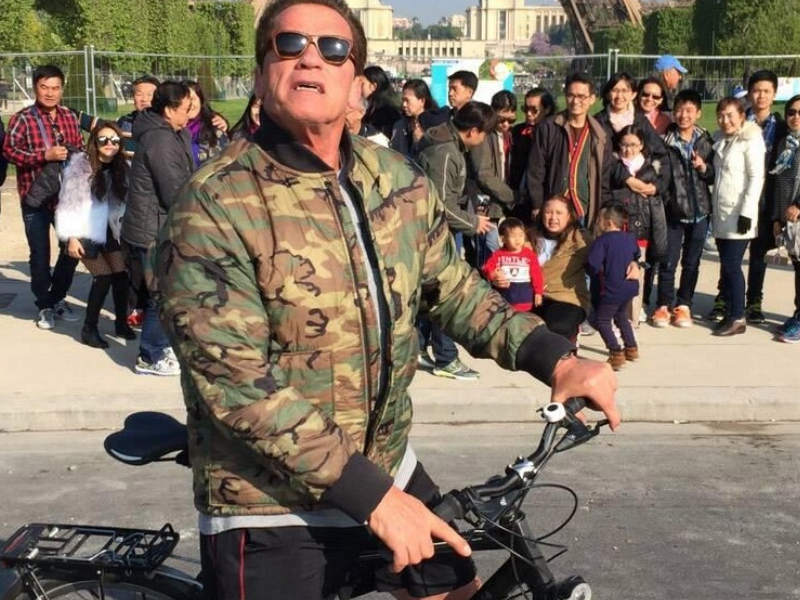 This is the gold medal winner of bombs.

Imagine trying to take a huge family photo when the Terminator himself parks right in front of the camera for a quick, funny appearance. Hopefully, the family framed both versions.

Because Jack Black and Dustin Hoffman decided to make an appearance – with the actress being totally unaware. 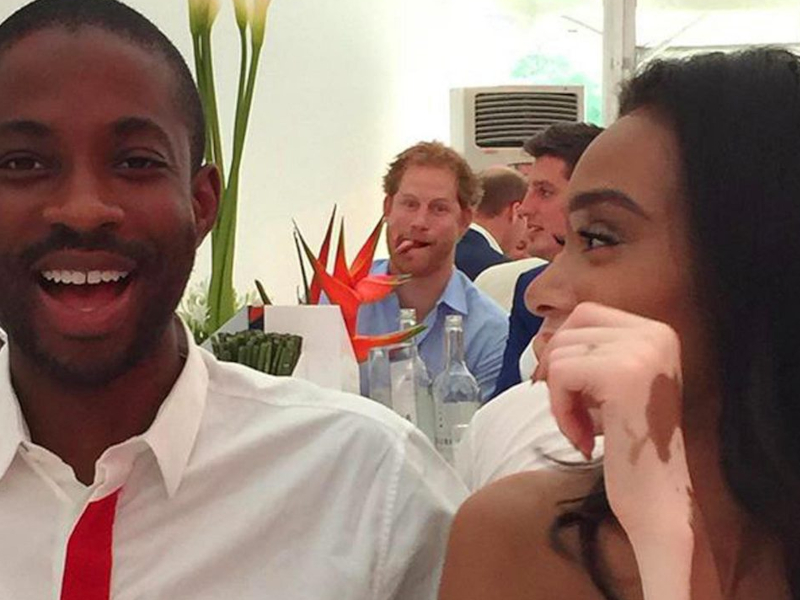 This America’s Next Top Model contenstant was tring to take a nice photo with her date.

But who would have guessed that they would have a legit “royal” bomb – and an unexpectedly goofy one as that. 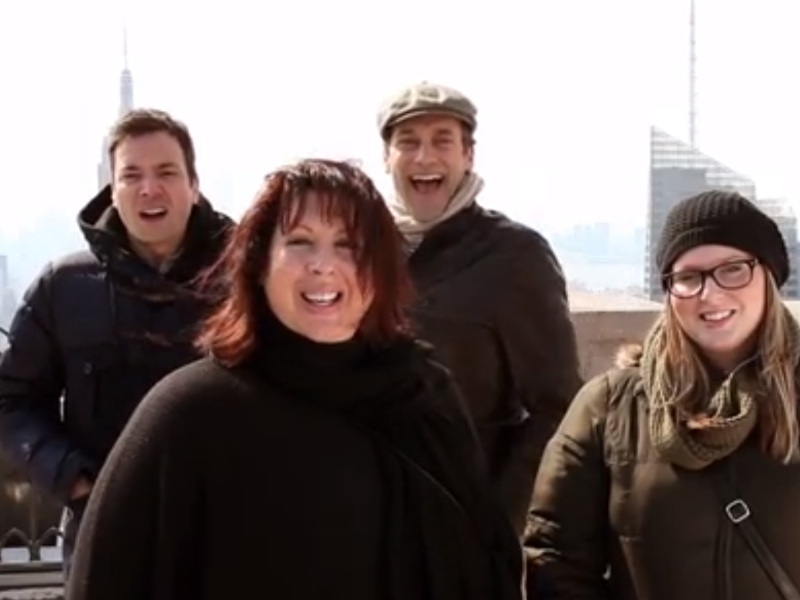 Jimmy Fallon and guests decided to go out for one show and so something special.

They went to the top of the Rock and made an entire segment with them doing hilarious photobombs. It turned out amazing. 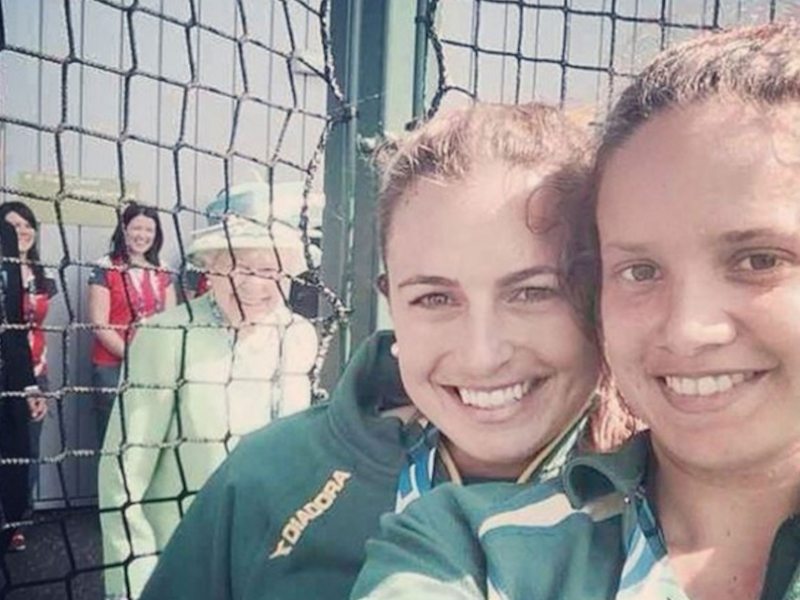 Australian field hockey players were minding their own business, talking a selfie at the 2014 Commonwealth Games in Glasgow, when their picture was photobombed by the Queen.

Yes, the actual Queen of England was caught being cheeky. 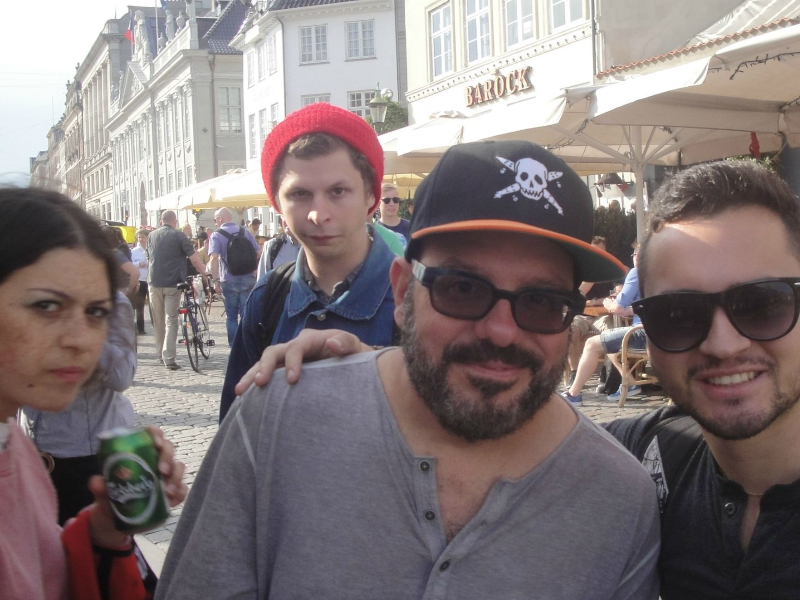 This fan wanted a photo with David Cross, but had no idea that he would get two more in the mix. It was a once in a lifetime opportunity! 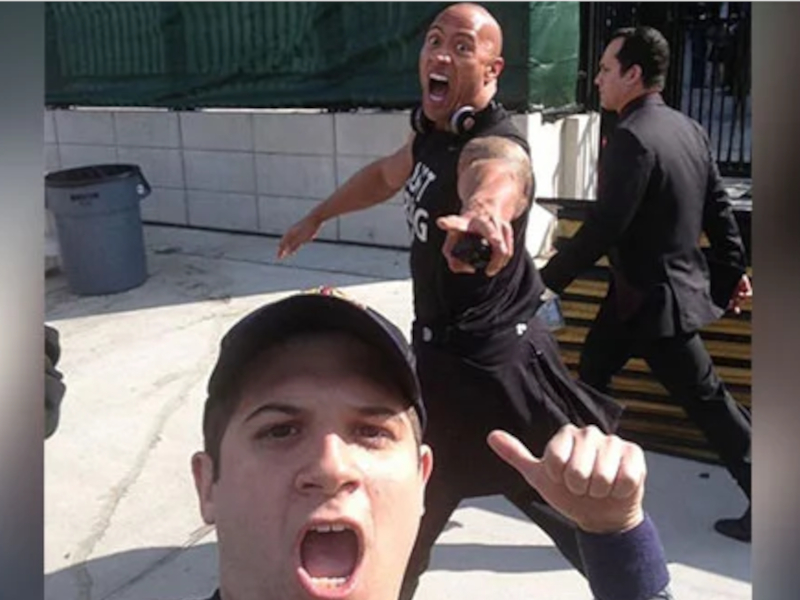 The Rock is the best as fan photos.

One guy barely caught the actor walking by and whipped out his phone. The reaction back is the best ever! Anyone would want an interaction like this. 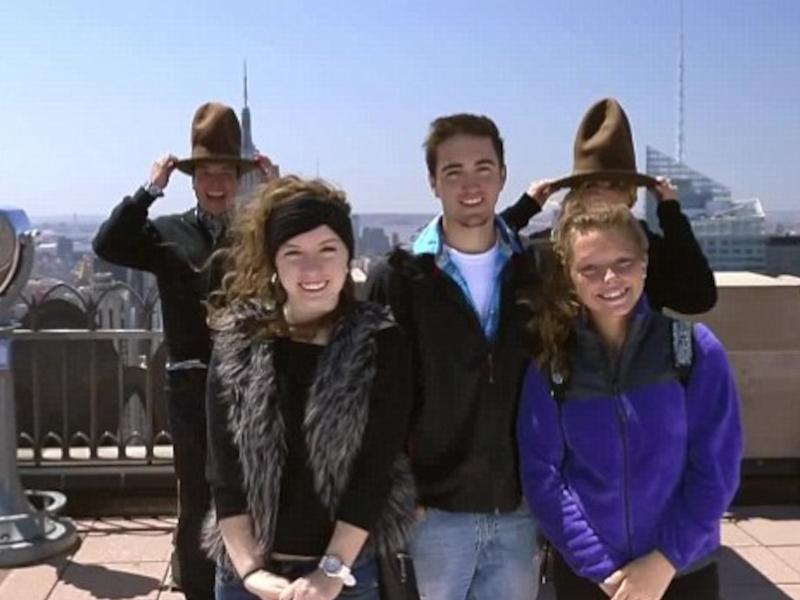 It was “segment two” time.

But this time it was Fallon and Cameron Diaz. Things seemed to have progressed to awesome props. Other guests have included Miley Cyrus and the Sesame Street gang. 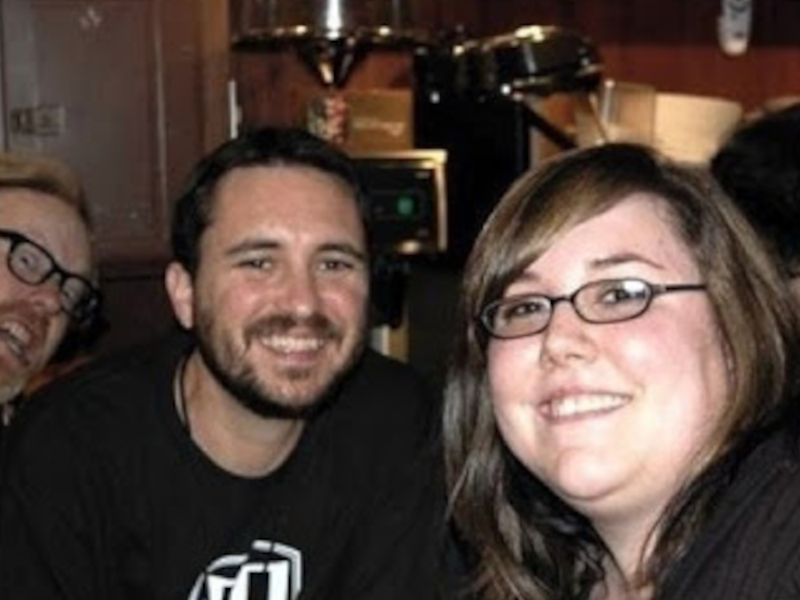 If you don’t know Adam Savage, he was on Myth Busters.

He is also the king of cosplay. Each year he makes a costume, goes out on the floor, and gives Twitter hints until someone figures out who he is. Every costume he’s made had been stunning. Oh no! Look out behind you!

This fan had the best idea for the Harry Potter premier. It’s kind of the opposite of the “celeb” theme, but the dedication to the costume and stunt deserve a slot on the list. 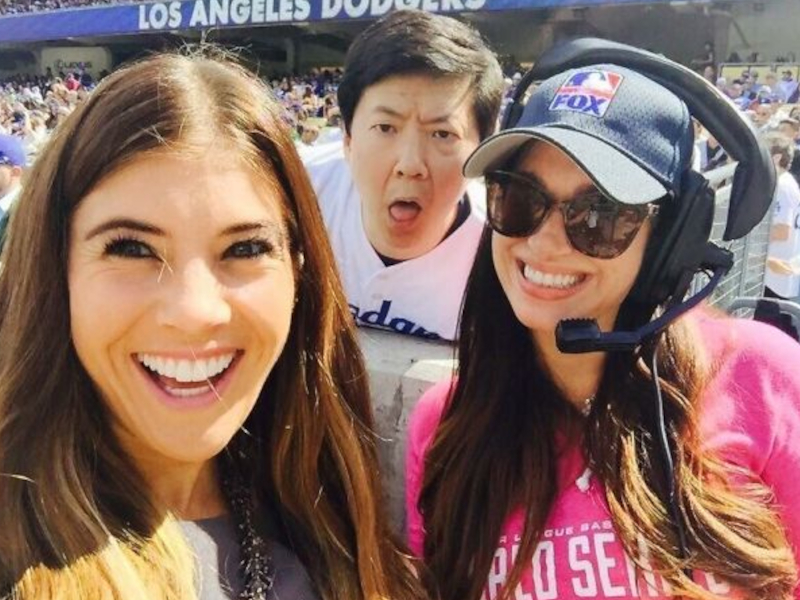 These two lady broadcasters were in the middle of a Dodgers game.

Suddenly, to their delight, the Community star jumped in for some giggly fun. It’s also not the first time he’s done this – one was on a GQ photoshoot. Ah, what a fun friendship.

Clooney decided to share the love as his buddies, Cindy Crawford and her hubby Rande Gerber. Apparently the party went on to involve Crawford slipping into bed with Clooney to try and get a hilarious “get-back” photo – her hubby was ready with the camera. 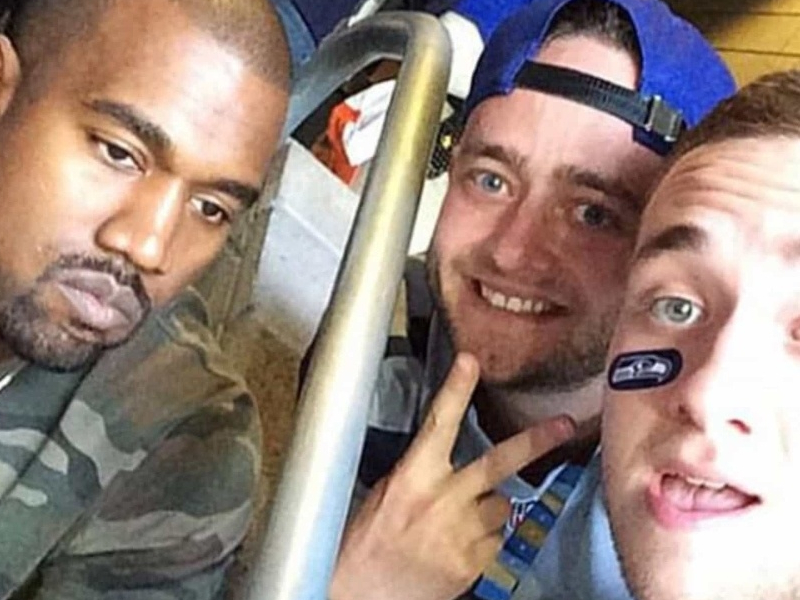 Considering his rants, kicking fans out of concerts, and aware interruptions, he loves and hates the spotlight. But his fans don’t seem to mind since they got a photo. Johnson is at it again!

He’s really the best with his fans. This little girl looks like she’s either really nervous or exploding with happiness on the inside. Maybe both? 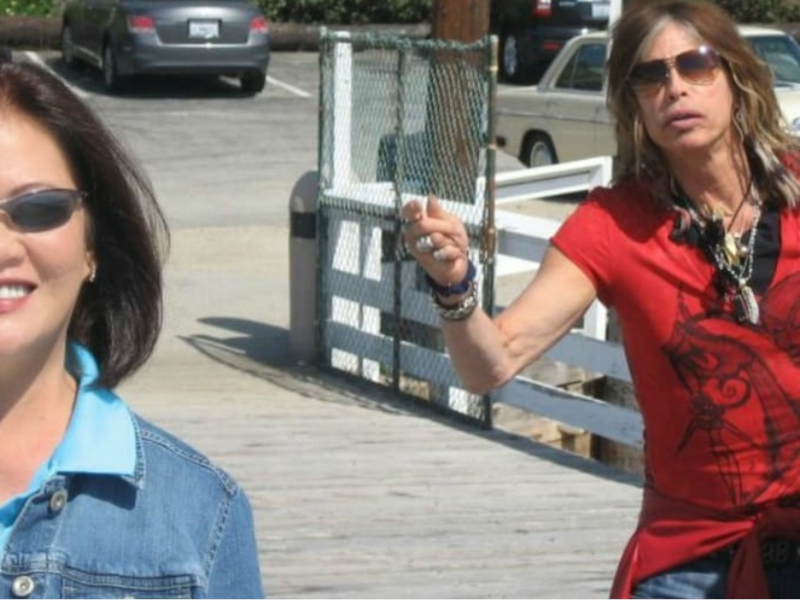 This woman was so upset after seeing who was in the background and that she missed the chance to say hello. But having Aquaman himself jump in from the waves to be part of the moment… it’s hard to image topping that pic. He also did one with another couple – pretending to “steal” the wife away. It started as a standard baby pic.

But then the family realized that the socialite and television star was having her own family meal in the background. There’s one part of the photo cut out though – West is looking less than happy about being there. Eilish is another celeb who’s well-known for suprising her fans.

The singer, however, prefers a more direct approach – sort of a photobomb on steroids. At least the girls got to enjoy them moment as it was unfolding, rather than shock as they scrolled through their folders.