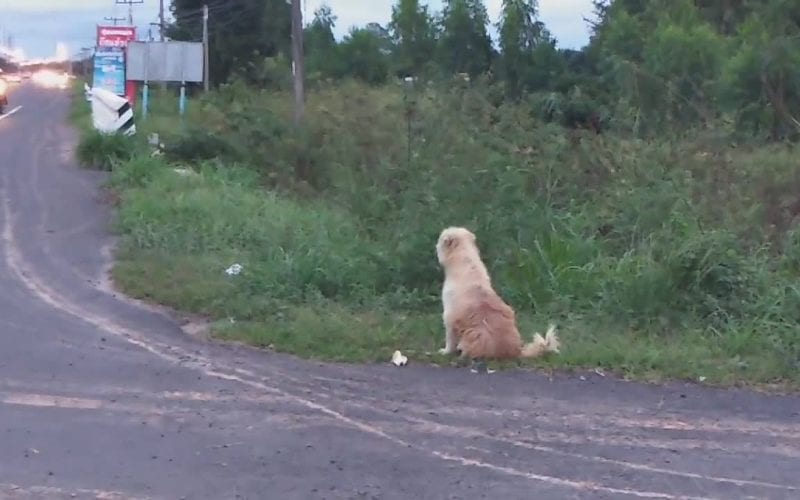 Whether you drive, walk, cycle, or take public transport, it is quite common to see familiar faces on your daily commute. You might even begin to exchange pleasantries.

However, what do you do if you become suspicious about a familiar face? This is exactly what happened to one Facebook user. 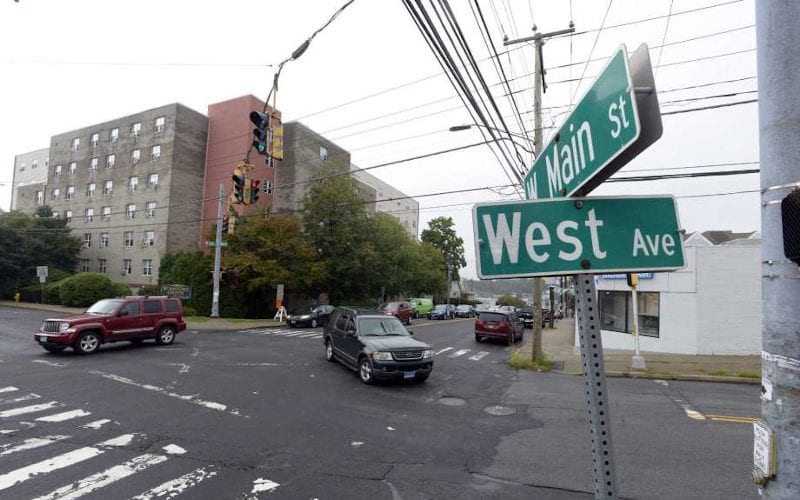 One user took to Facebook to share a photo of a face that he had been seeing on his commute every day for quite some time.

In the Thai city of Khon Kaen, a user posted their story which would soon become much more than they thought. 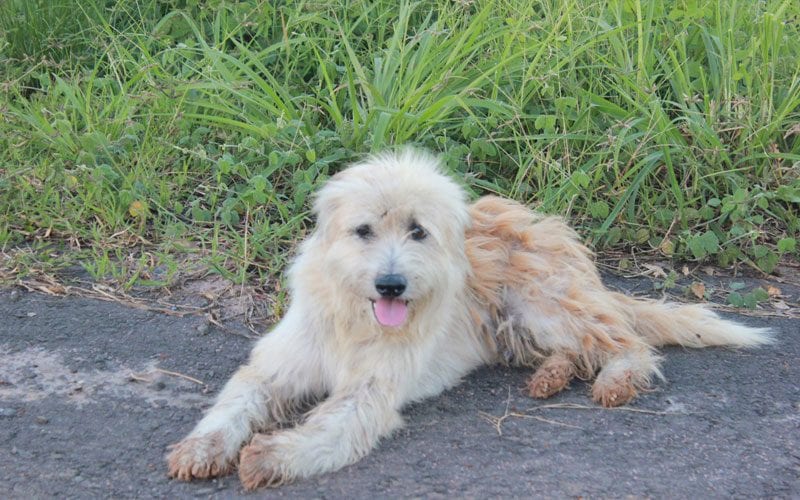 Every day, the user would see a dog sitting expectantly at a specific intersection waiting for something. What made it so unusual was that despite the fact that the dog had been doing this for years, he didn’t seem to be neglected in any way.

One day while photographing the dog, the user discovered why.

The Hand That Feeds 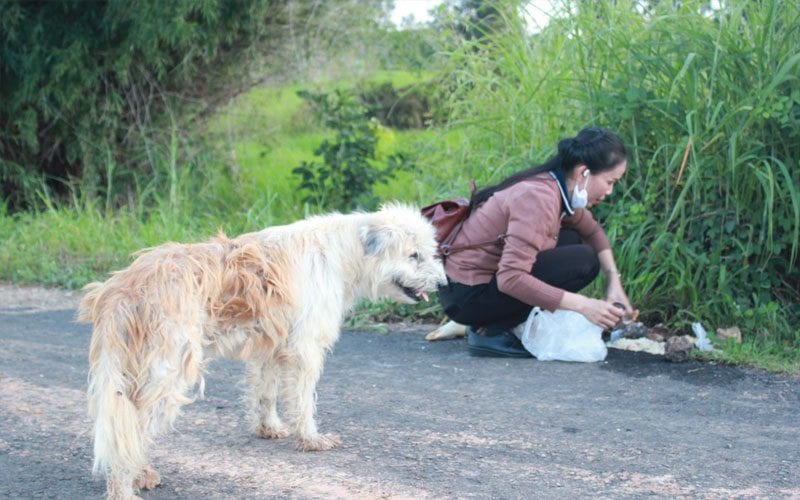 While taking photos of the dog, he met a woman who approached the dog. As it turned out, this woman came to feed the dog, named him Leo, and give him water.

However, while this explained why Leo was well fed, the woman didn’t know why he waited there either, or who he belonged to. The mystery continued. 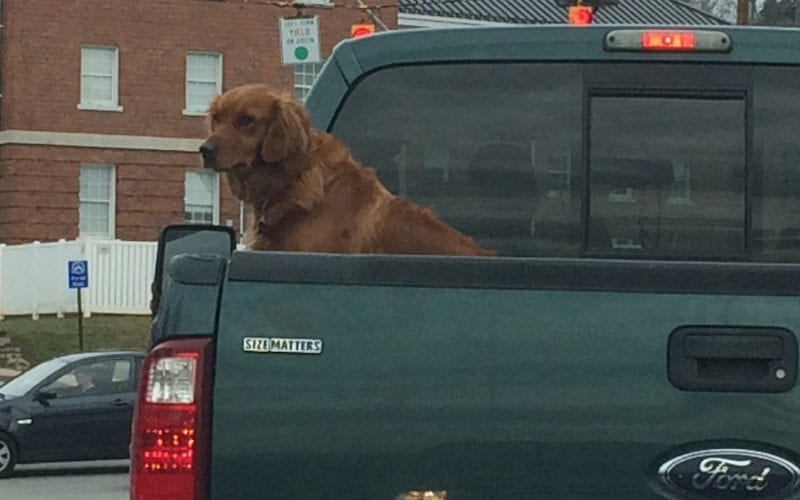 The woman, named Saowalak, said that she had found Leo in that same spot several years before. He was in much worse shape back then. She took him home and cared for him until he was in better condition.

Then one day he disappeared again.

A Creature Of Habit 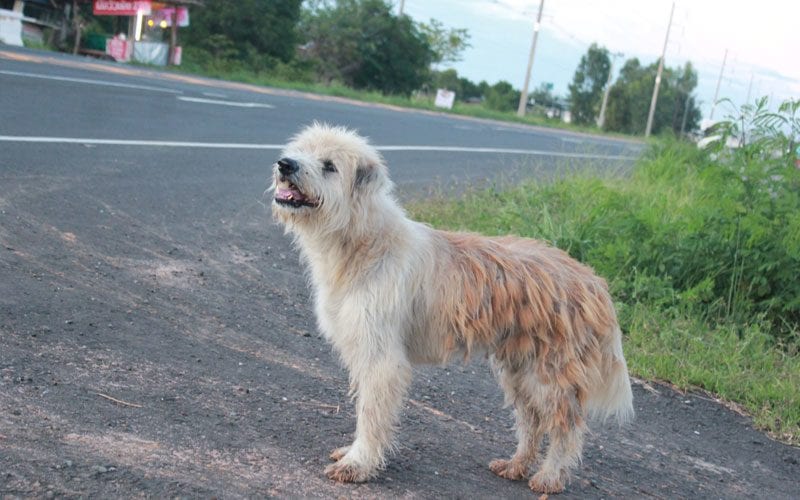 When Saowalak found Leo again, he had returned the same spot where she had found him. She thought it best to leave him be. She continued, however, to bring him food and water on a regular basis.

It seemed that the mystery would never be solved. 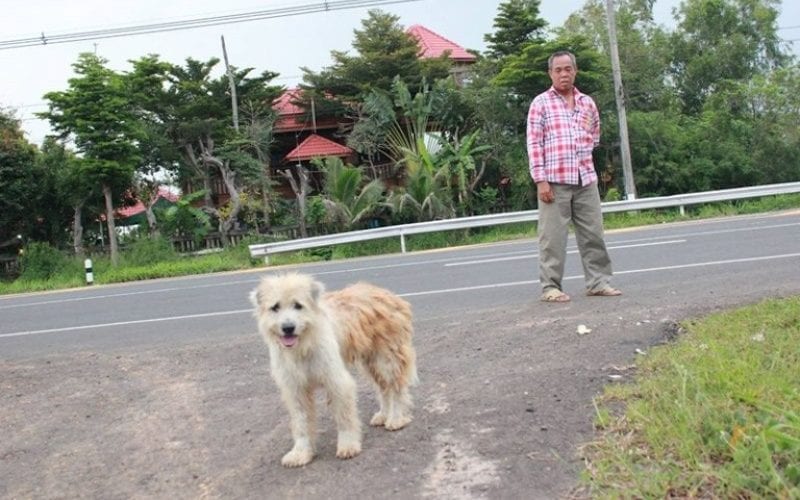 The user posted the photos and story online and set an unexpected series of events into motion. As the story spread, it finally reached the eyes of a woman more than 70 miles away from where Leo sat each day.

When she saw the photos she immediately ran to her mother, Nang Noi Sittisarn. 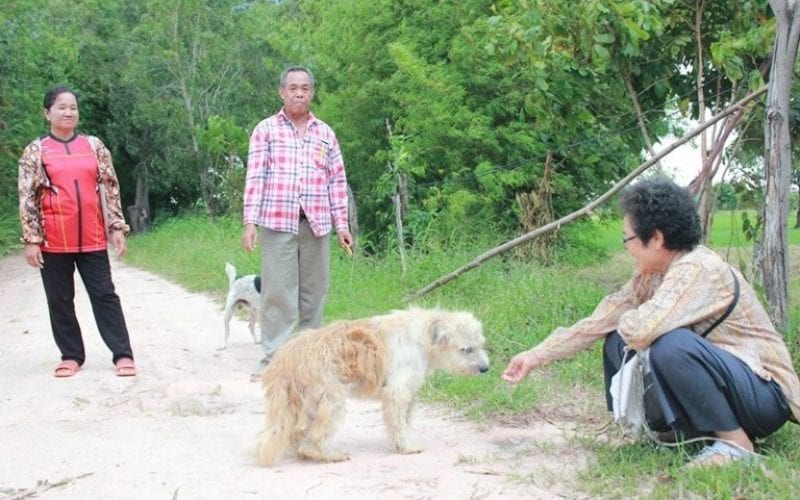 Noi immediately recognized the dog as her own beloved dog called BonBon. She and her husband had lost BonBon four years earlier. While driving to see their daughter, they assume that he jumped out of the rear window while they had stopped at a traffic light.

They searched for BonBon for a week before giving up hope. 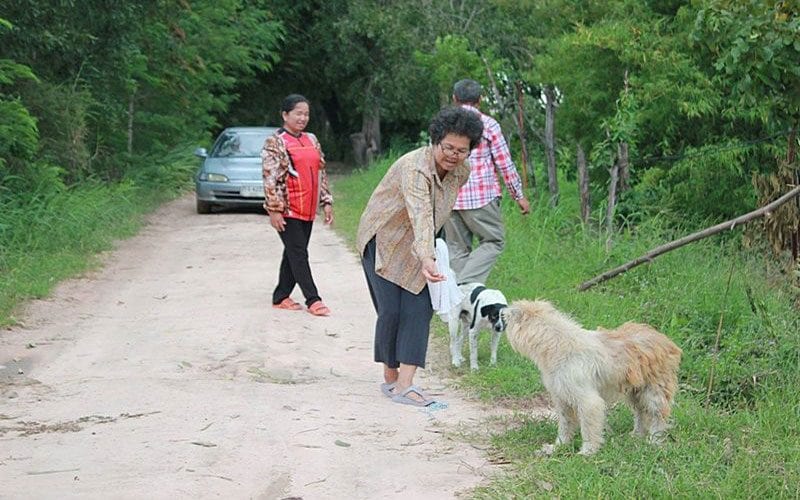 For four years, BonBon had returned to the same intersection to wait for his owners to return. When he heard his old name it was clear that he was overjoyed. Much to everyone’s surprise, however, BonBon didn’t want to follow them home.

Apparently, ‘Leo’ had become attached to Saowalak and wouldn’t leave.

Best Of Both Worlds 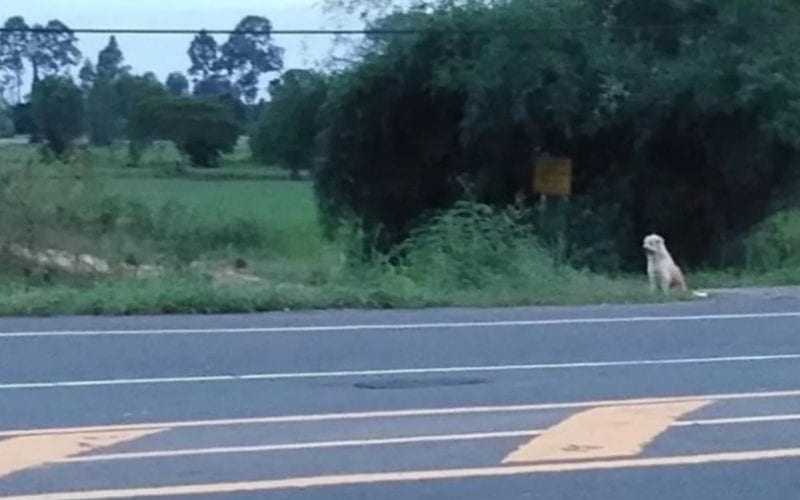 BonBon’s owners decided to let him stay with Saowalak and not force him to return home with them. However, Noi and her daughter regularly come to visit and bring anything that Leo/BonBon wants or needs.

The story has touched the hearts of many and again shows the love that animals give so freely.