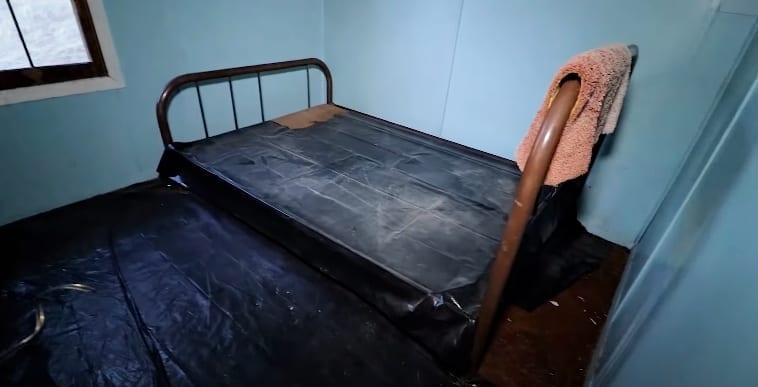 When a hunter goes out to the woods and forests during the hunting season, the only thing they are thinking about is getting the perfect target in their sights and taking the shot. While they all want to return home with a trophy, life can have other plans.

Plans like it had in store for one father and son pair. Ryle Gordon and his stepfather were looking forward to their hunting trip to the Idaho woods. The pair expected it to be like every other hunting trip. However, once they got to their destination things changed. 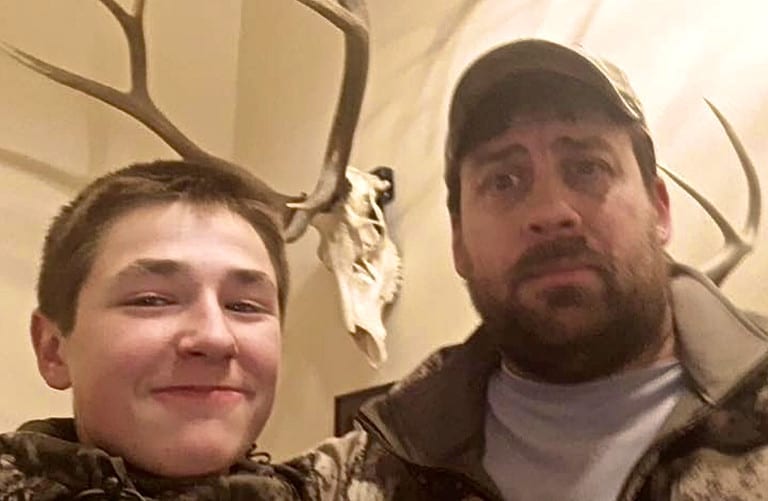 Both Ryle and Chris Trumbich, his stepfather, loved going hunting. As a boy, Ryle loved to listen to Chris as he talked about hunting. Ryle always admired the huge antler that adorned the walls of their home.

They had seen a lot and thought they’d seen it all. 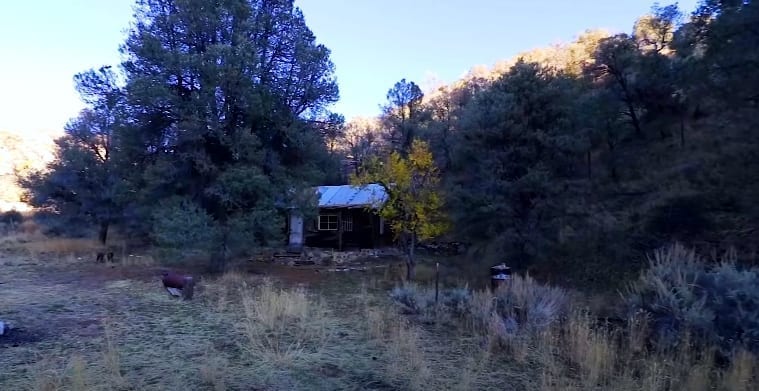 Chris was such an avid hunter that he had a hunting cabin in the woods of Hayden, Idaho. To him, it was like a second home. Every year Chris and Ryle would go to the cabin for a few days during the hunting season.

They loved to see what game they might bring home. 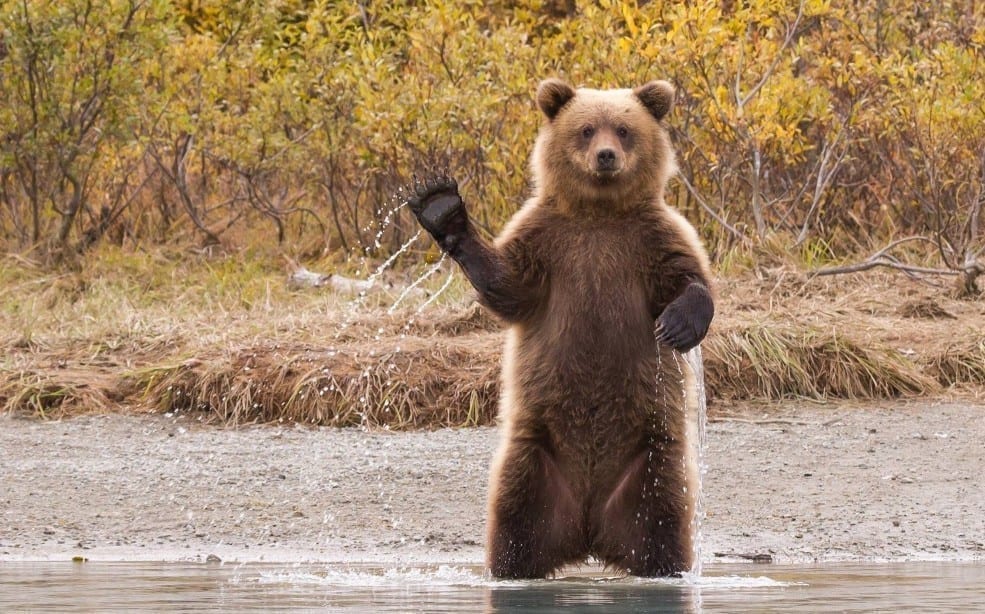 It was early one November morning in 2018 when Chris and Ryle decided to head out to the cabin. While at the cabin they hoped to track some deer. Ryle even hoped that he would manage to hunt his first deer.

However, once they got to the trail they saw something chilling. 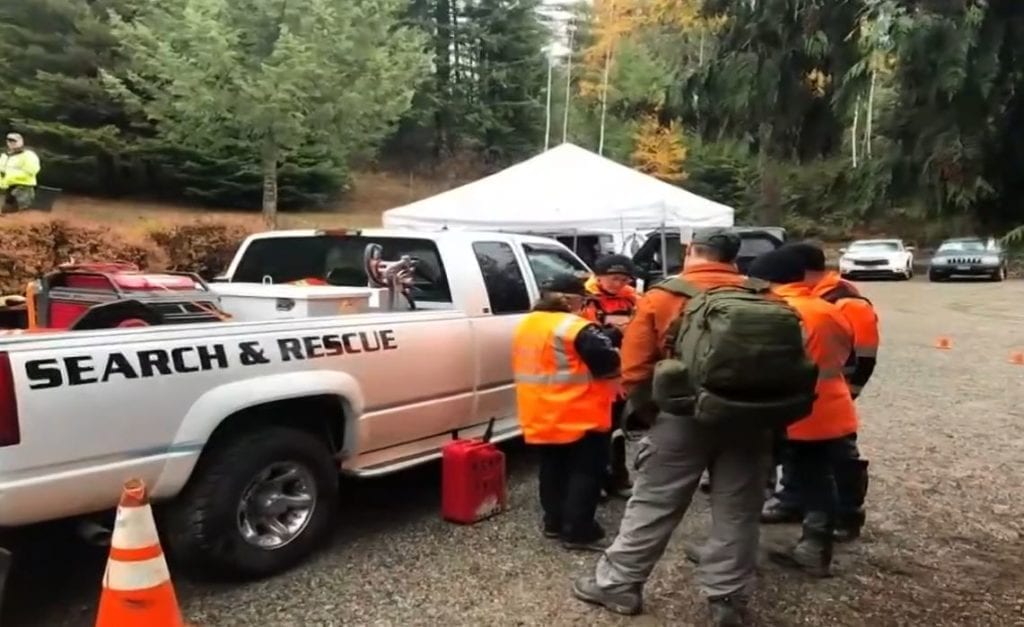 Once they got there, they noticed loads of people dressed in orange vests. There were also numerous search and rescue trucks gathered at the entrance to the forest trail. This was not something they expected to see.

Something was certainly wrong. 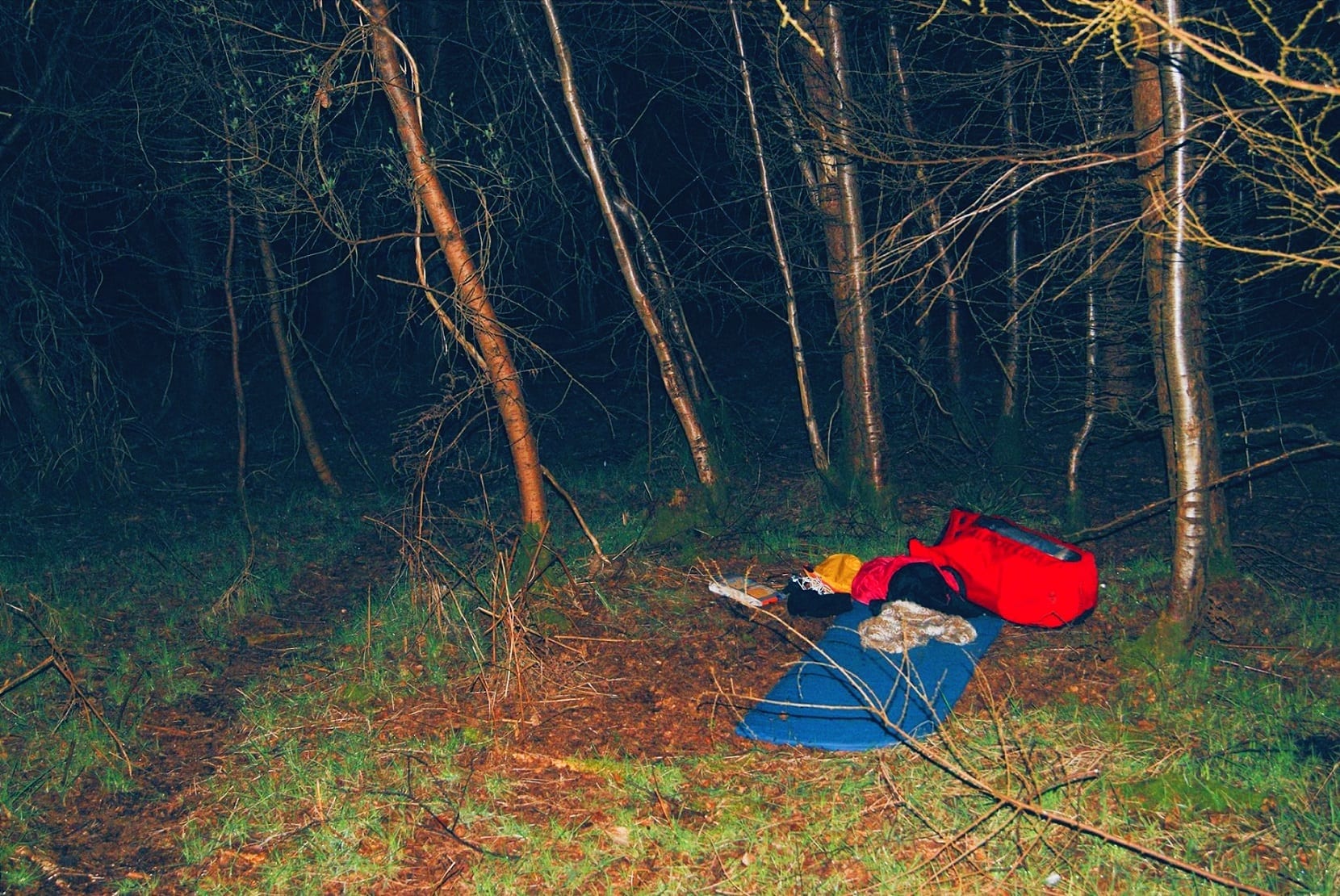 The pair asked what was going on. That’s when they were told that Katherine Ogle, a 19-year-old-girl, had gone missing. According to reports, she was somewhere in the woods. This might not sound like such a serious problem, however, there was more.

Katherine had the mental development of a 10-year-old. 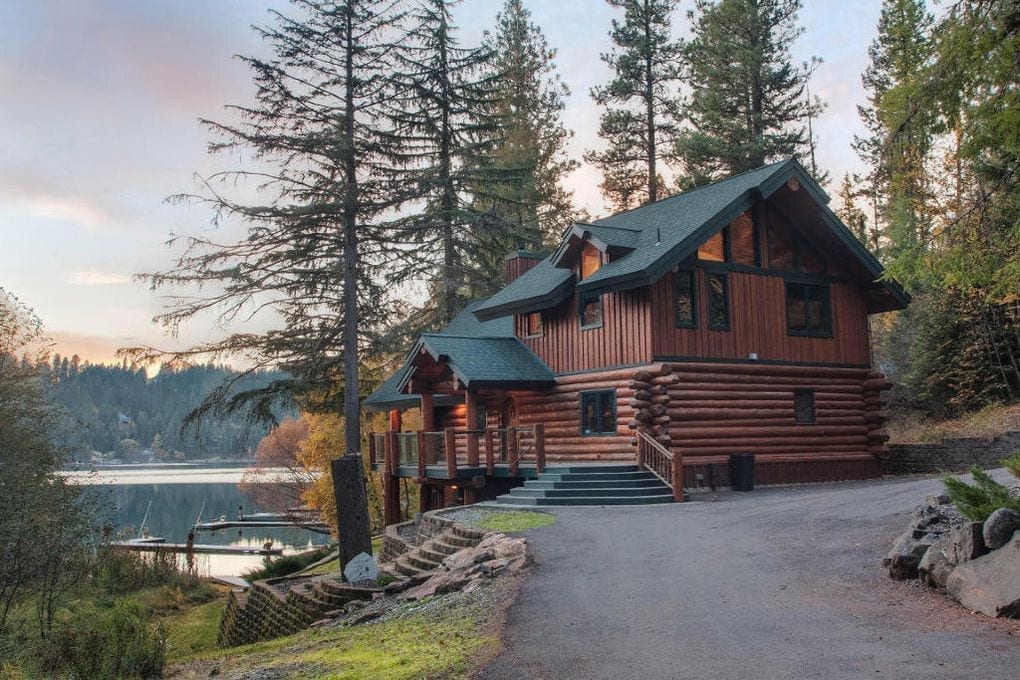 Ryle himself was only 15 years old. Hearing about the lost girl was a shock to the young boy. He couldn’t imagine her having to face the dangers of the forest by herself. He practically grew up in those woods.

If anyone understood the dangers, it was him. 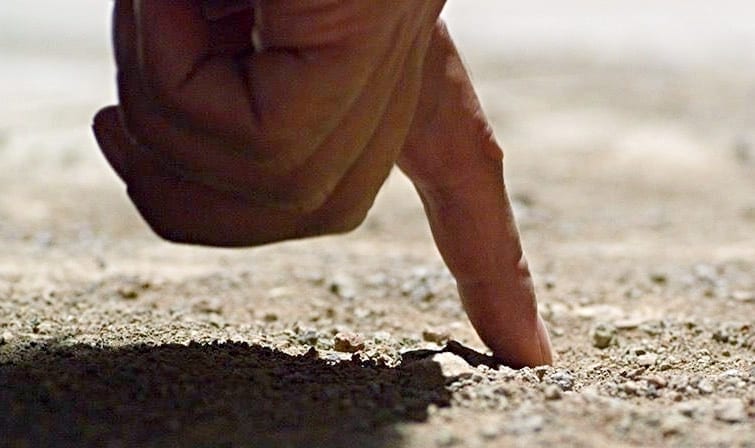 However, what they saw wasn’t any kind of animal. 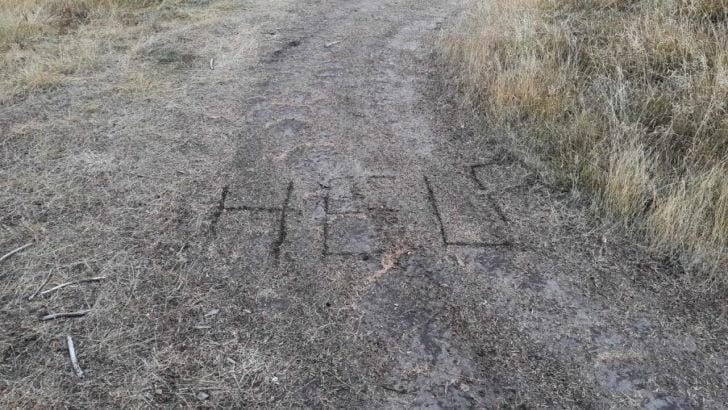 Scrawled into the dirt in front of them was the word “HELP.” Ryle saw it first and yelled out to Chris. The two men stared down at the letters trying to determine what it could mean. To be honest, it shook them up a bit. 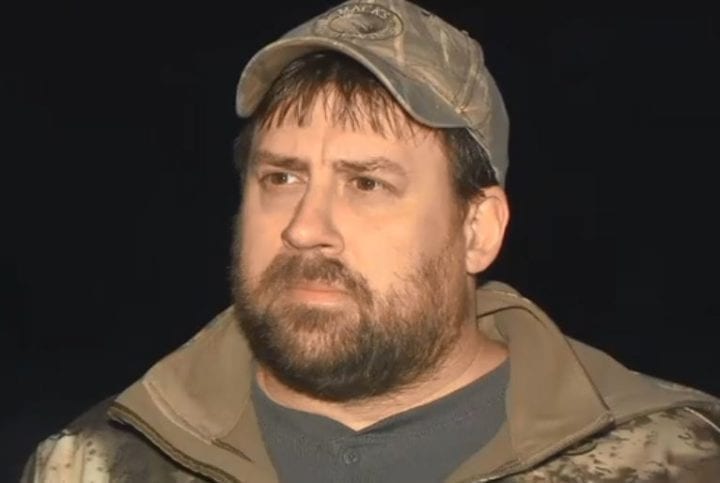 Having decades of hunting experience, Chris’s first instinct was that the message was left by hunters who needed help hauling in a massive animal they killed. It wasn’t unusual for game to be so large it took a team of men to transport it out of the woods. 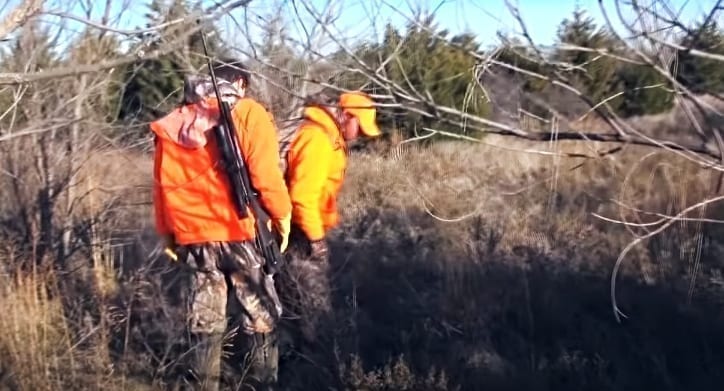 However, Ryle thought of a totally different theory: maybe, he supposed, it was written by Katherine? After explaining the thought to his stepfather, Chris’s face grew concerned. Ryle was probably correct.

Bringing In The Cavalry The message could have been written by Katherine as soon as she realized she was lost — maybe she had the wherewithal to leave some kind of clue for rescuers? Chris and Ryle immediately returned to the search party and told them what they found. 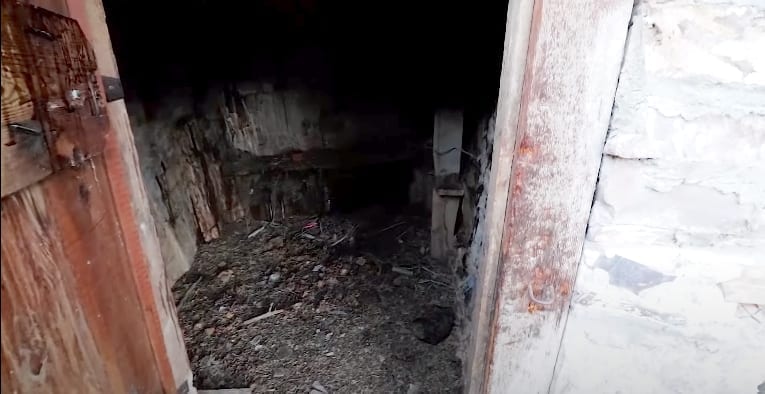 A few members of the party radioed to their partners telling them about the message. Almost immediately, a helicopter took off scanning the area in hopes to locate the missing teen, but night soon fell, and the chopper was called off.