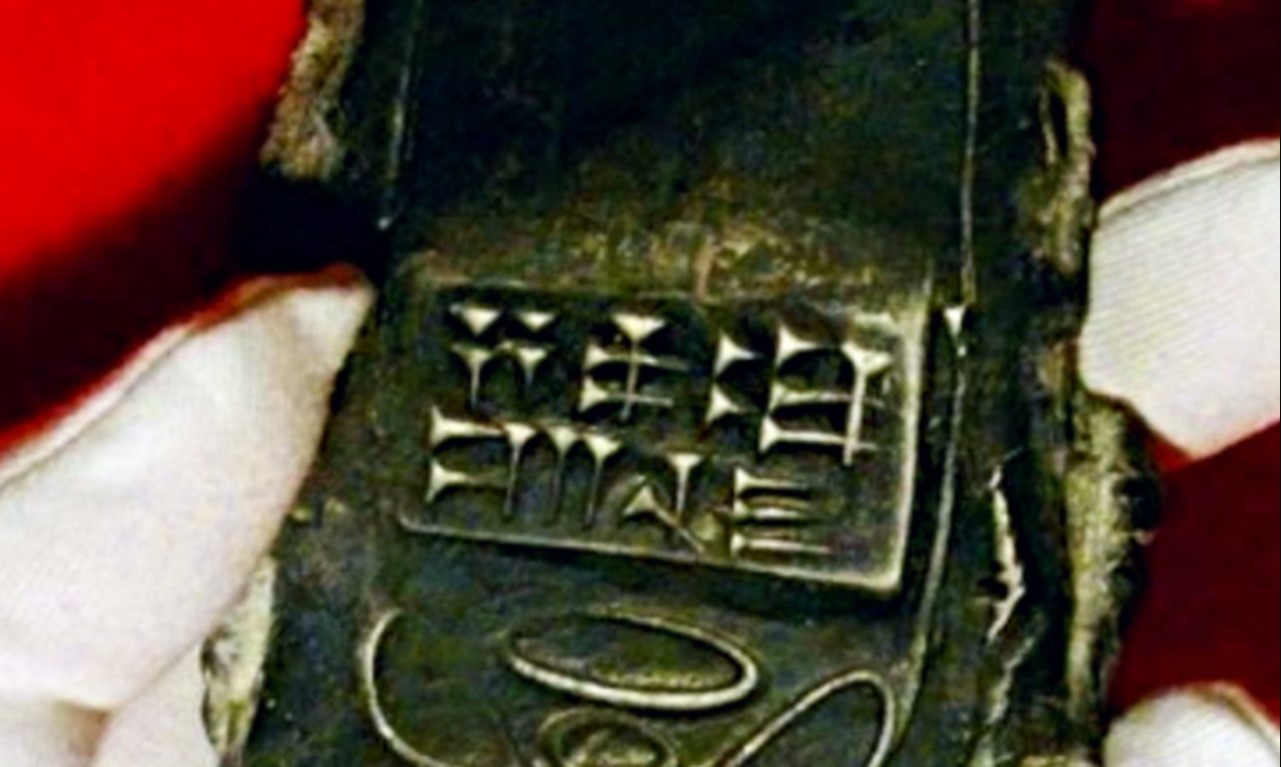 Most people assume we’ve only been going forward in evolution and been getting smarter with every century that passes us by. 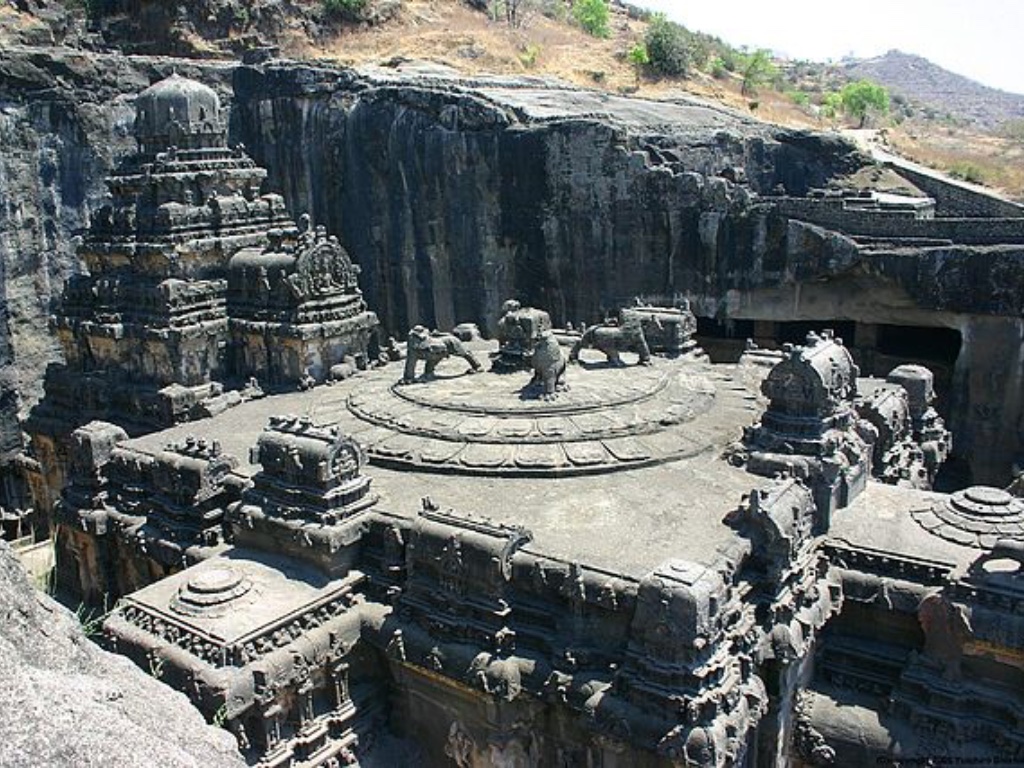 The Kailasa Temple is the largest rock-cut temple at the Ellora Caves in Maharashtra, India. It’s considered one of the most remarkable cave carvings in the world and has baffled many engineers.

Completed in the 8th century, this structure was carved from the top down but exactly how it was built is still relatively unknown.

This picture of this oddly familiar-looking stone device was found in an archaeological dig in Salzburg, Austria. This could be a form of advanced technology but we’re not sure…

There’s limited information about this find but theories involve time travelers, extraterrestrials, or simply – that this is a fake find. But this next one certainly isn’t. 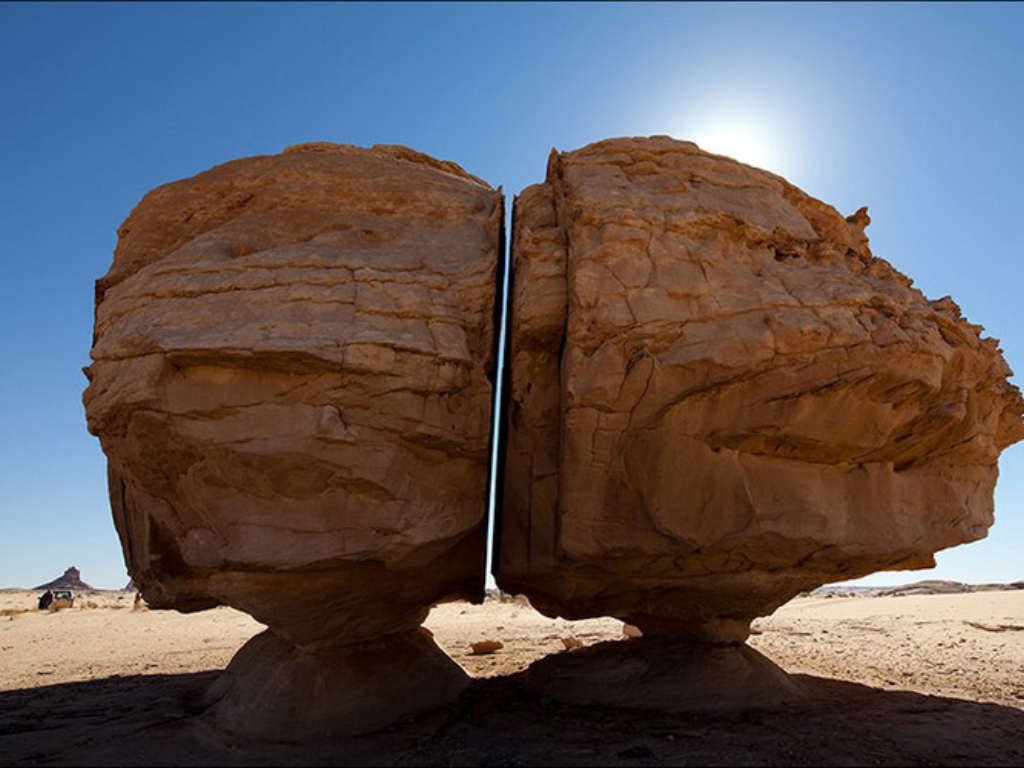 In Tabuk, Saudi Arabia, this giant rock has caused quite a stir among a number of scientists.

This ancient rock has a perfect cut in the middle of it which has led to a number of theories on how its current state came to be. Either, this was made-man in ancient times with unknown machinery or nature truly is strange. 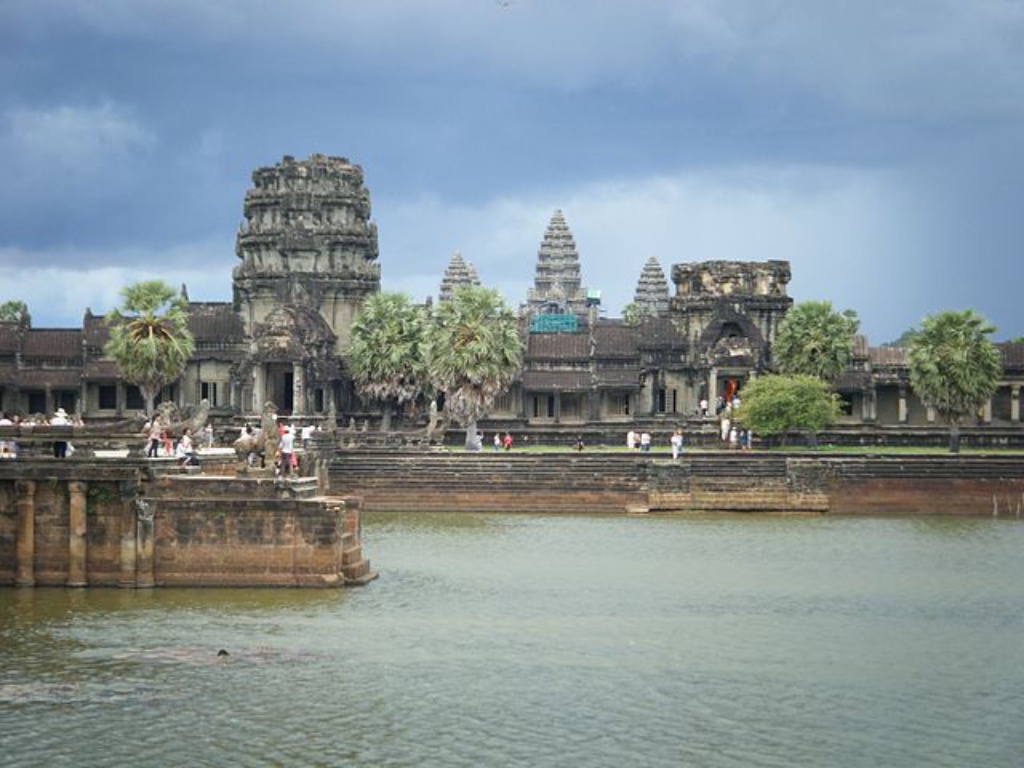 This artificial reservoir in located in Angkore, Cambodia. It’s 8 x 2.1 km and has a depth of 5 meters and is believed to be the work of the ancient Khmers.

To this day, modern scientists cannot determine what technologies they used to build this and still struggle to believe the origin of this fascinating example of ancient engineering. 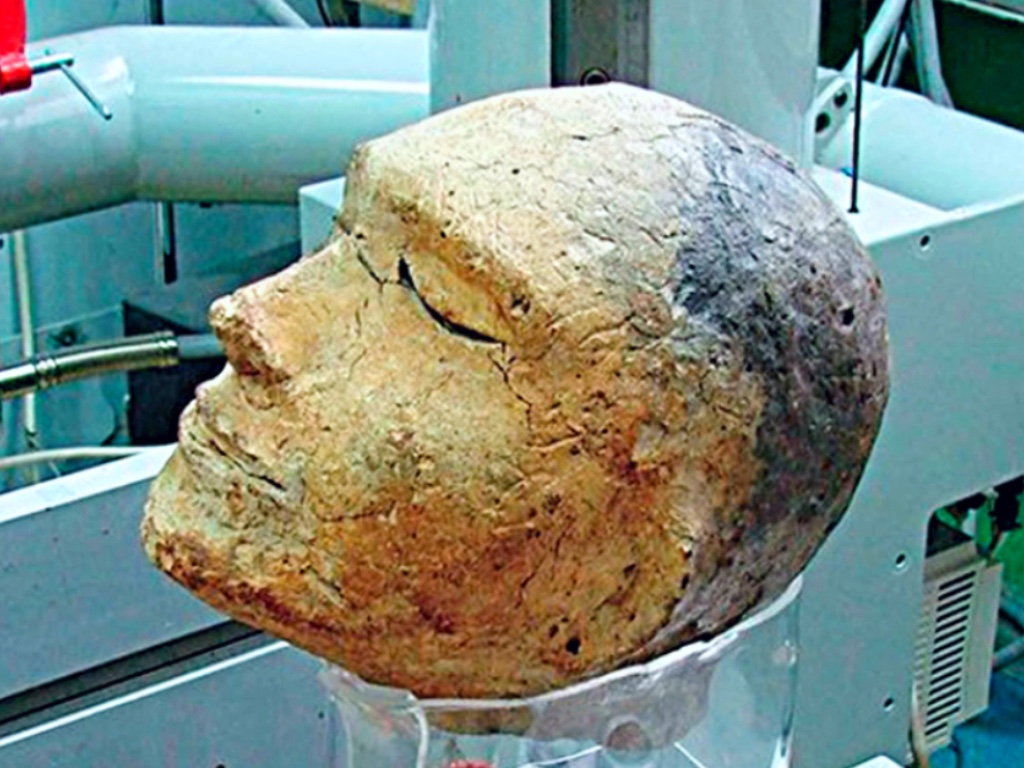 This prehistoric warrior’s head dates back to somewhere between the 8th and 2nd century BC. The skull was made using clay but it’s what’s inside that completely baffles archeologists.

Inside the clay head, there was a ram’s skull. How this piece of burial symbolism survived so long is astonishing! 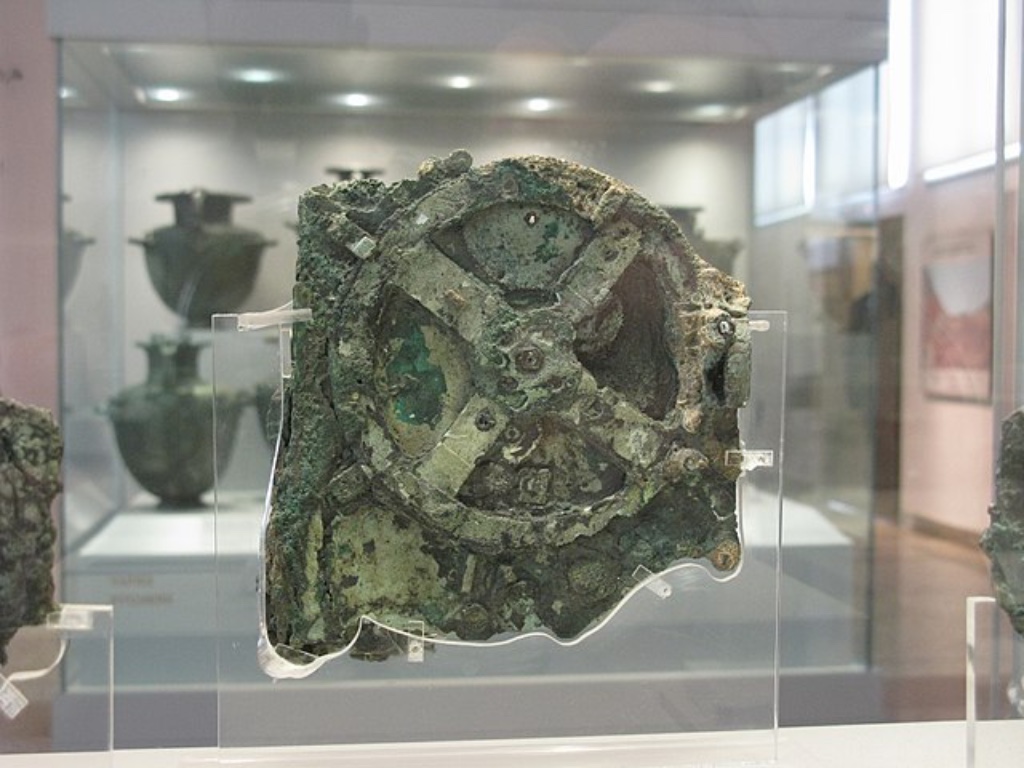 When this object was discovered on a small Greek Island called Antikythera, it left historians utterly confused.

It doesn’t look like anything spectacular at first until you notice some kind of gear mechanism which has been identified as a 2,000-year-old piece of an analog computer that tracked celestial time! 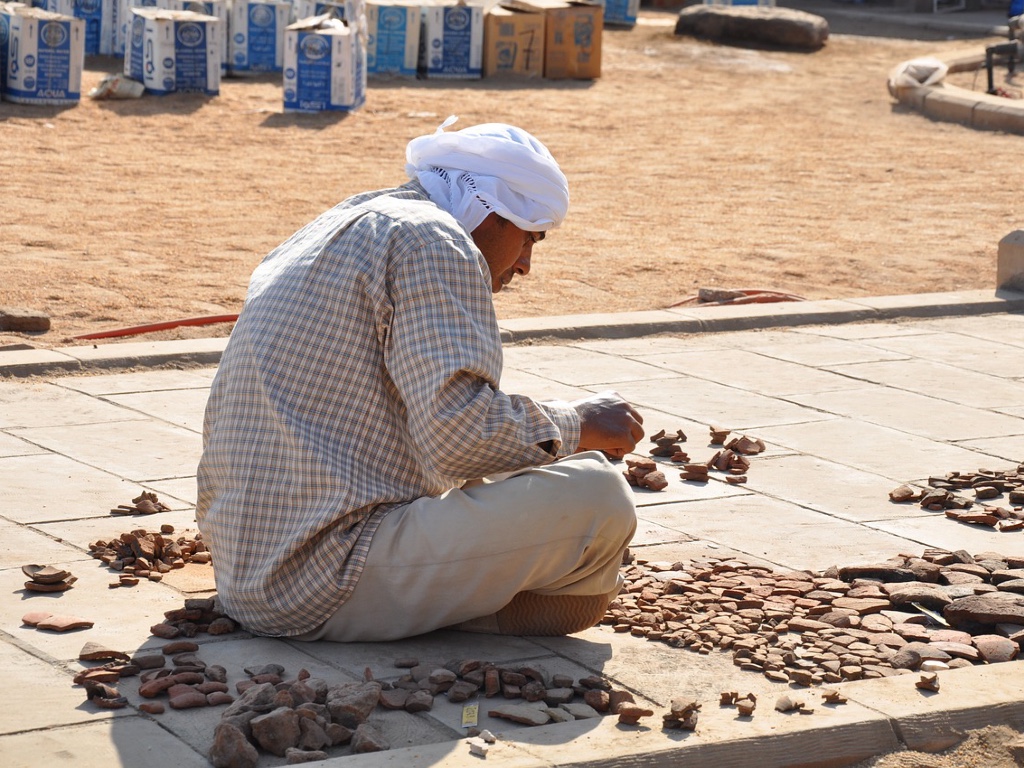 This artifact, also known as the Parthian Battery, a 2,000-year-old ancient version of the modern battery we all know and love today.

Inside the clay, there’s a copper cylinder and iron rod. Our ancestors figured out that created this contraption and pouring a weak acid like vinegar or grape juice inside would cause the 1 volt of electricity. The most pressing question however is what they needed this for? 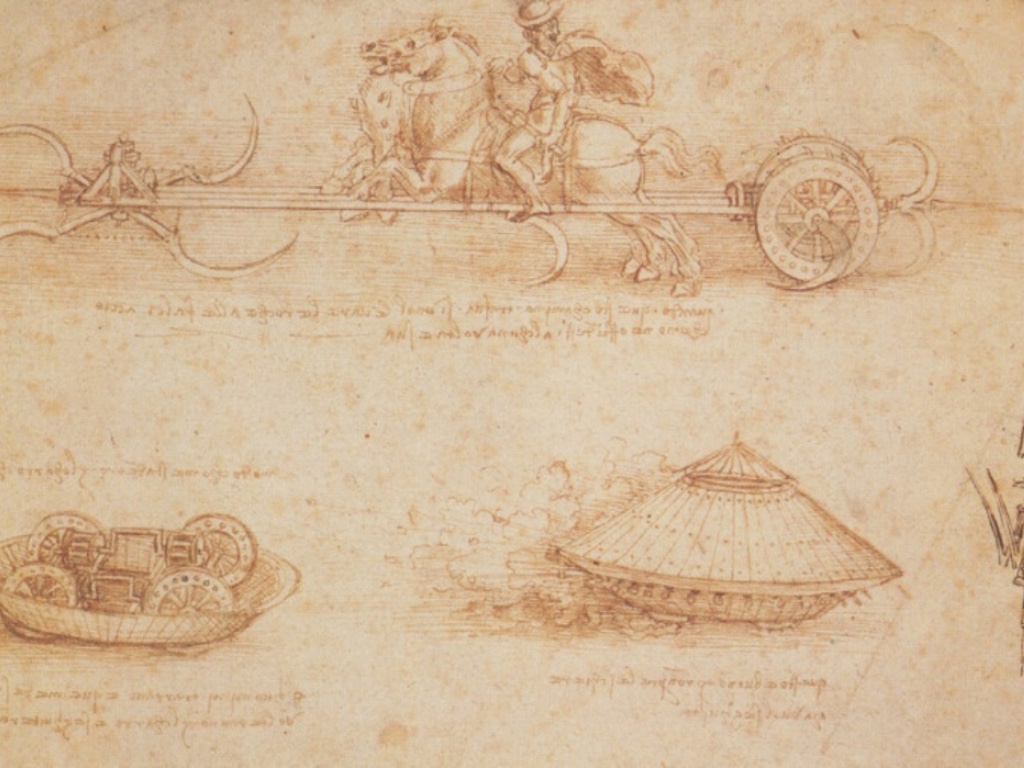 Some may already recognize the scribbling above as Leonardo DaVinci’s. Many of his ideas were very advanced for his time but this one was particularly impressive.

DaVinci thought up the mechanics – which weren’t available at the time, for an armored car. This could very well be the reason the world has war tanks! 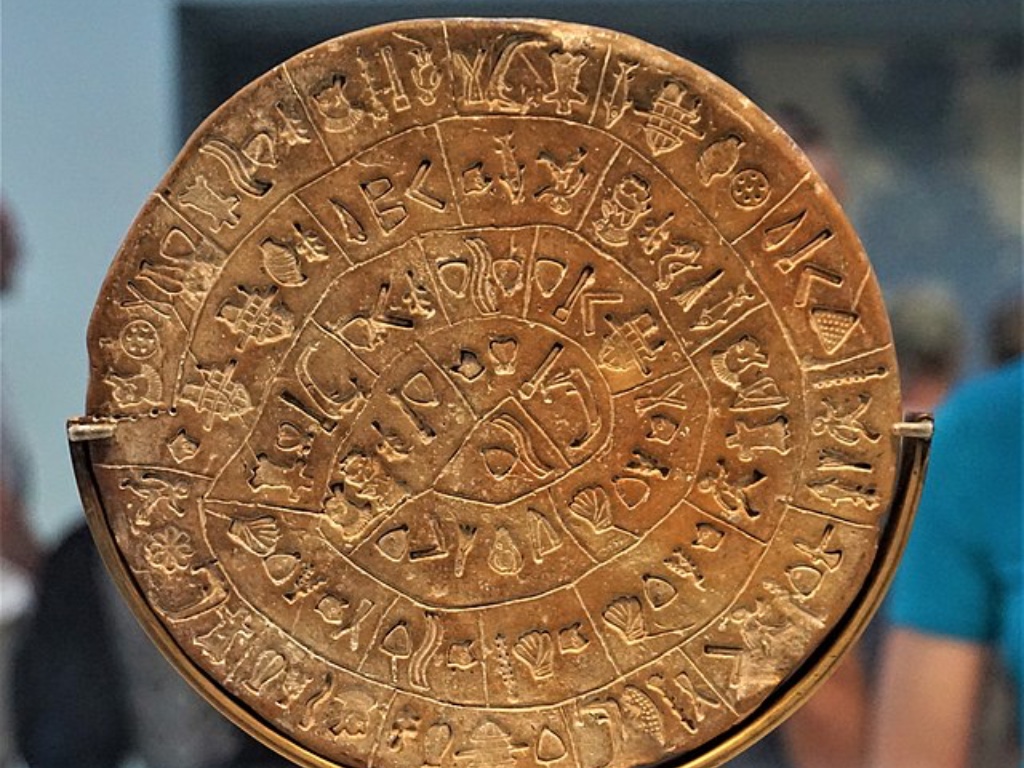 This clay disc is one of the biggest mysteries of all time. It was found buried in a palace basement in 1908 and dates back to the 17th century BC.

It’s thought to be an alphabet of potentially, the oldest language in the world. This language cannot even be understood let alone replicated in today’s world! 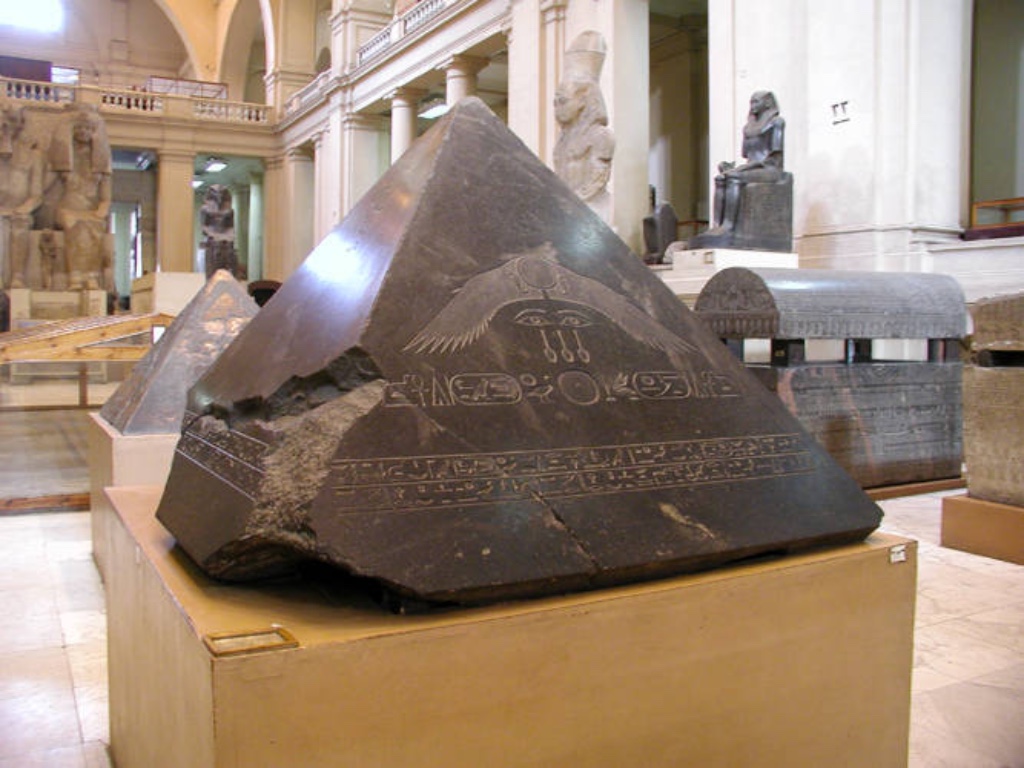 This Pyramidion capstone sat on top of the Pyramid of Amenemhat III in Egypt. It was made during the Middle Kingdom at Egyptian (2055 – 1650 BC).

Its surface is covered with religious symbols and inscriptions. It’s weight was somehow placed on top of a 75 metre tall pyramid and no one knows how! 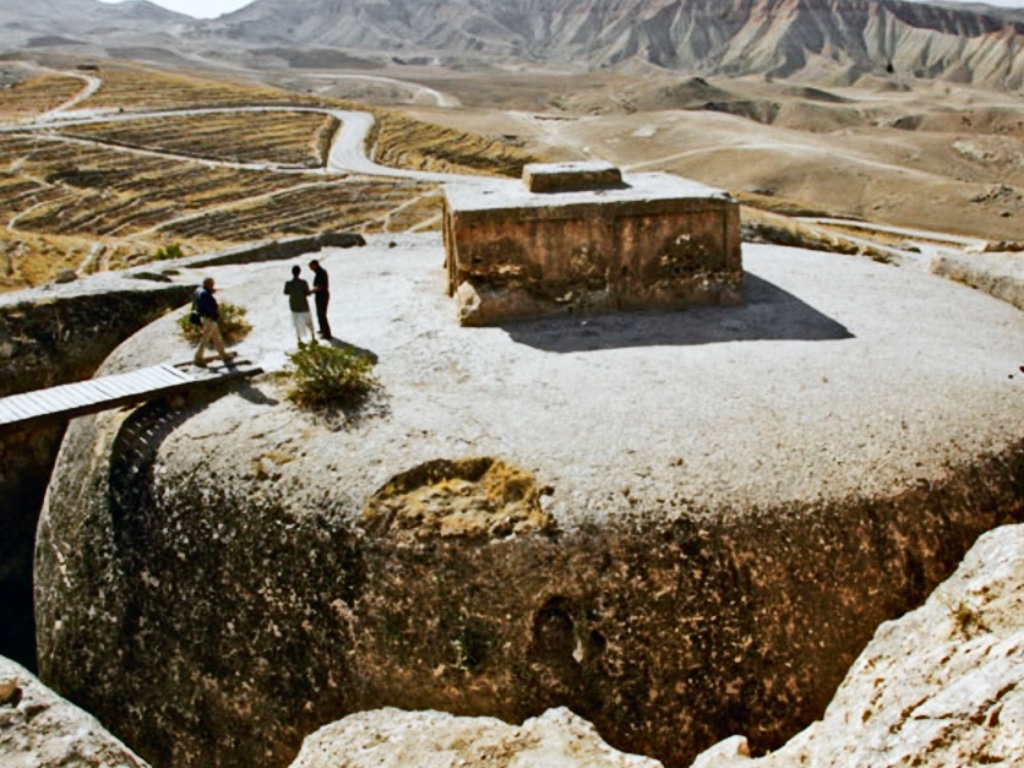 This complex is a stupa Buddhist monastery that was built in the 3rd or 4th century AD. The incredible thing about it is that it’s carved completely from the bedrock that you see in the images.

Within the structure, there are five rooms. This architectural feat is quite something for a time when they had none of the machinery we have today… This ancient structure is the oldest and largest qanat in the world. It’s essentially an ancient water system and when used to sustain life.

Excavated between the 4th and 6th centuries BC, this qanat consists of more than 400 shafts, while the main shaft has a 300-meter depth. It’s hard to imagine how a build like this was possible back then. It simply would not work these days. This ancient farming tool is from the Bronze Age. The craftsmanship into making this metal tool was not only completely done by hand but as was the work of that who owned it.

It is still unknown exactly what this tool was used for. So even if we did replicate it, we wouldn’t know what to do with it! 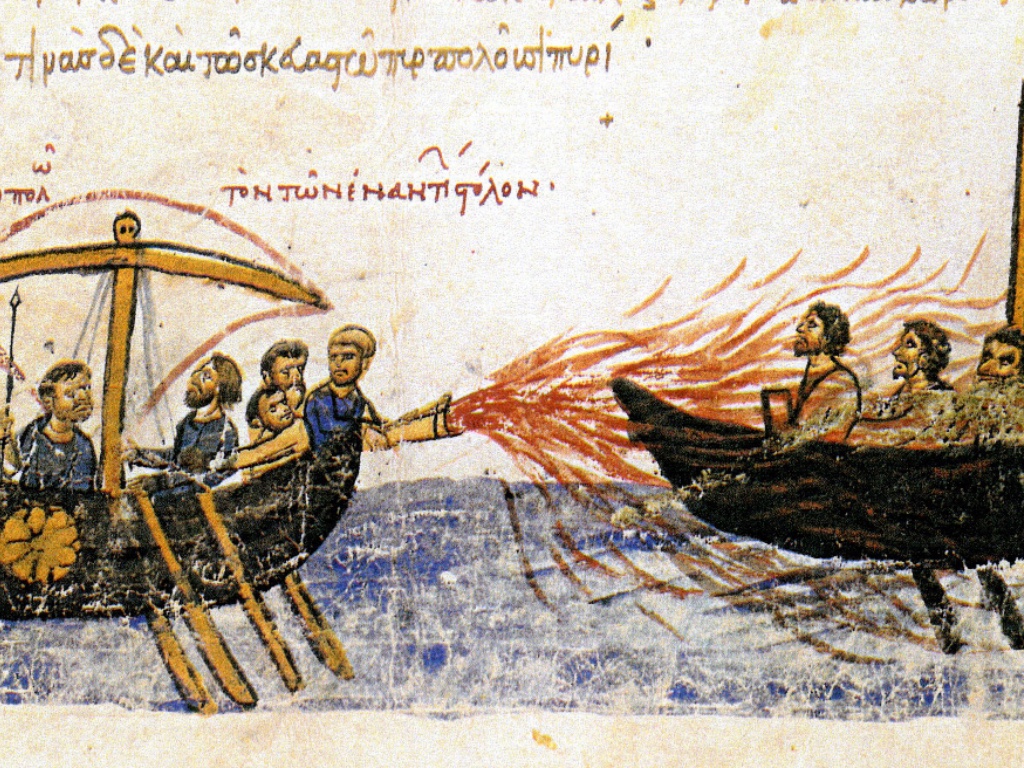 Greek fire was an ancient and devastating invention created by the Eastern Roman Empire in 672 AD.

This military weapon played a big role in the crusades, taking on their enemies by complete surprise at a fire that burns through water. It’s a creation no one has yet replicated. The closest we have to creating greek fire is Napalm. Located in the central province of Sri Lanka, this significant site sits on top of a 660ft high rock and was built during 477 – 495 AD. With its elevation and the limited equipment at the time, could we have achieved this? Solar energy is definitely a brand new technology – isn’t it? Well, apparently not. Solar cells were first demonstrated in the 18th century!

This steam turbine was invented in the 1st century AD by mathematician and engineer Heron of Alexandria.

The heat from the fire would cause the water to boil and produce steam which would then cause the device to revolve at high speeds. Although it was just for show, it was pretty mind-blowing at the time! Although detecting earthquakes may seem to be a relatively new technology, it was actually invented a very long time ago.

This ancient earthquake detector dates back 2,000 years ago to ancient China and could even detect the direction of remote earthquakes! How did they do that?! 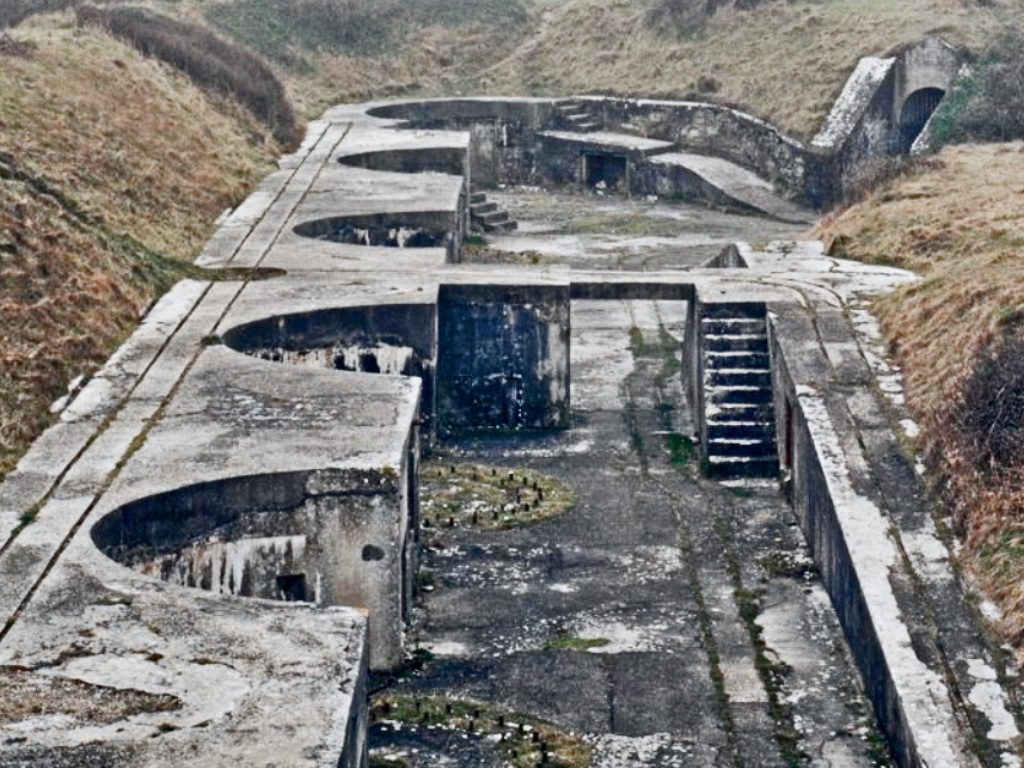 You may think that there’s no way an ancient civilization had automatic doors, but you’re wrong! The Greeks had them before all of us!

In the 1st century, a fire would be lit to generate heat to pressure in brass vessels. The vessels would then pump water in holding containers, acting as a weight to open the door.