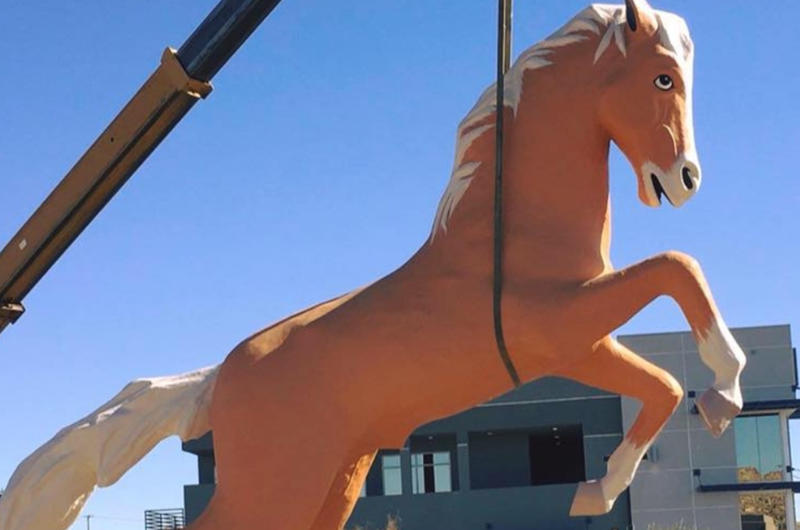 End Of An Era

Being a media icon cannot last forever, it has to end sometime.

When the Roy Rogers-Dale Evans Museum announced that it was going to close forever, people weren’t surprised. But what was surprising was the secret instructions the owner had left his family. 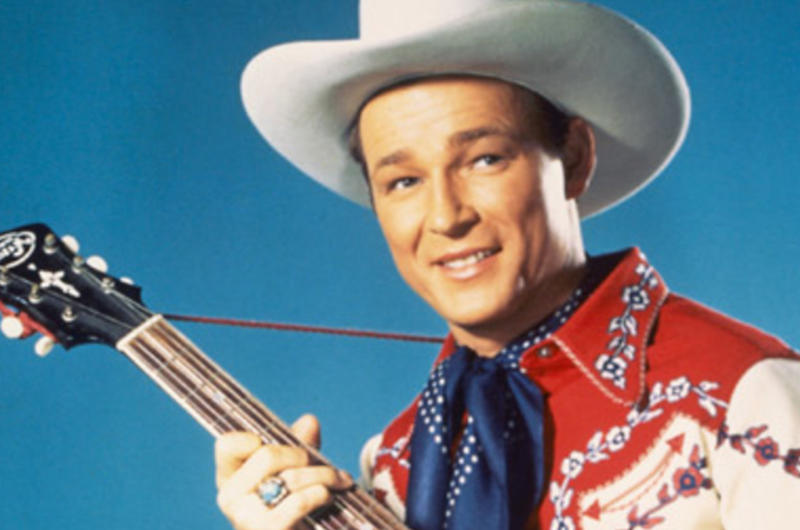 Leonard Franklin Slye went by another name – Roy Rogers, the king of all cowboys.

Slye was born in 1911 and spent a lot of his childhood exploring the Ohio coutnryside. He would eventually get a radio job once his family moved to California. This was the start of his career. 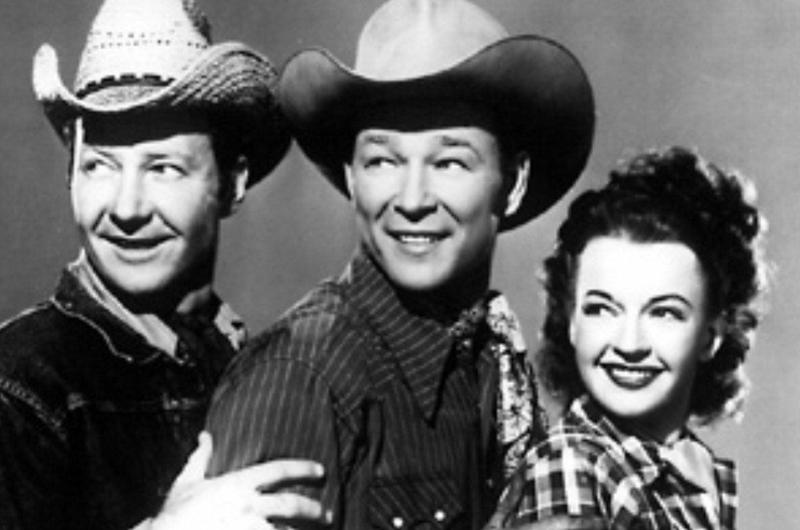 He recorded some songs and performed at some shows, little did he know was that fate was smiling down at him.

He was even offered a contract with Republican Pictures. They needed a singing cowboy for Gene Autry – a guitar-slinging cowboy. Then he got his stage name, Roy Rogers. But he added a clause to his contract… 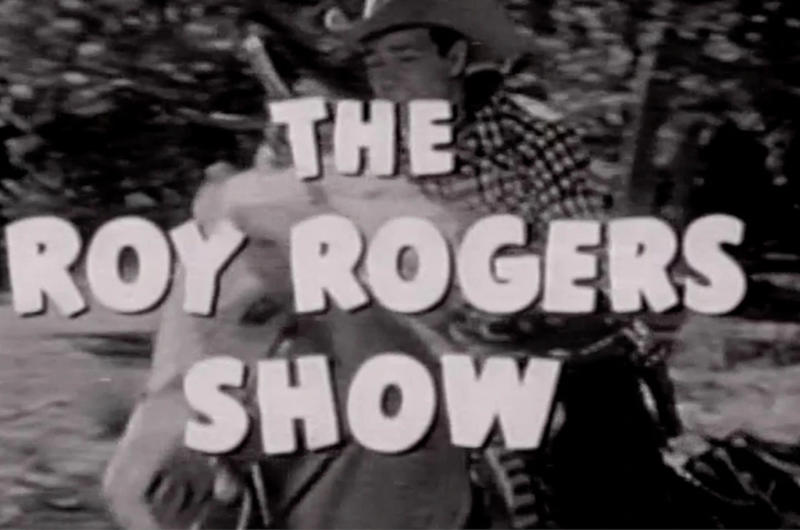 He got the rights to Roy Roger’s likeness, clothing, voice, and name.

This means that he would be able to profit off merchandise years later when he started to struggle financially. He sold lunch boxes, toys, and so much more! 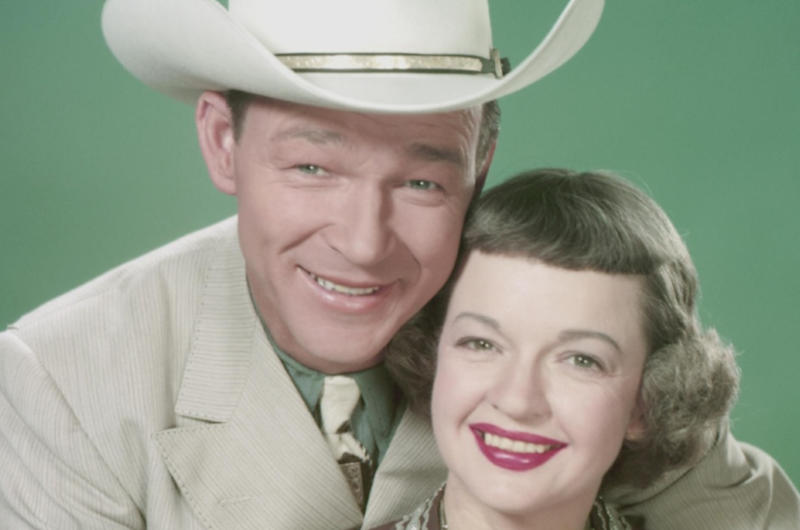 It was a great time for him, he was claiming his fortune.

He married Dale Evans who wrote and co-performed “Happy Trails”. The franchise would soon have a restaurant chain based on his act. Then it was time for the museum. The museum was built in the County’s High Desert in Victorville.

The museum was originally meant for die-hard fans, but it seems that more than 200,000 tourists every year. The museum had everything that a fan could have asked for. The horses were a surprising addition. Roy’s horse was like his best friend. The two couldn’t get enough of each other.

So when tragedy struck and his horse died, Rogers wanted to show him off to the world. He got him taxidermied to become a part of the museum forever. This wouldn’t be the first time, as he’d soon do the same when it came time for his dog – Bullet.

So why did the museum close down if kids are always dreaming of walking dusty trails and nabbing bounties from bad guys? The beginning of the end started when they moved up shop to Branson, Missouri.

Victorville was a desert setting along the iconic Route 66. It was also close to where the famous couple had lived and retired. You couldn’t ask for a better setting. So Branson ended up the first step in the decline. But it was also Rogers’ instructions that finally sealed the deal. 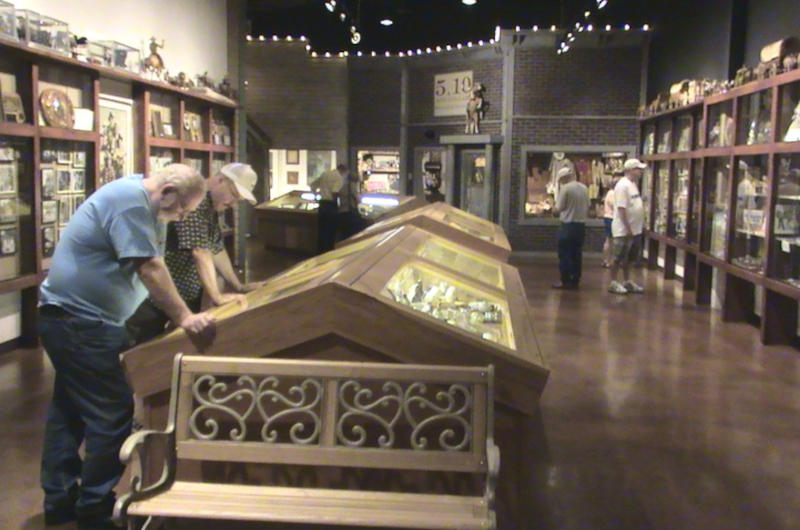 He had told his family, “If it starts losing money, just shut it down.”

After his wife passed, and he soon joined her, not to mention the ill-fated move to a new location, the family noticed the people just weren’t coming in anymore. Attendance plummeted from thousands to mere dozens. 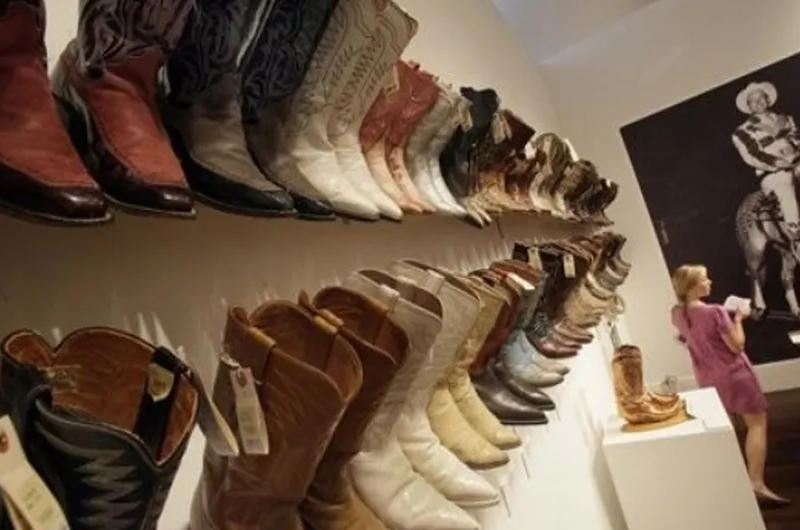 It was crushing to everyone involved, but there was no other choice.

They closed the doors and sold everything piecemeal at the famous auction house. Rogers’ son “Dusty” made it clear where he thought each piece should go, but it wasn’t his decision to make. More than anything, he wanted to know what would happen to Trigger. 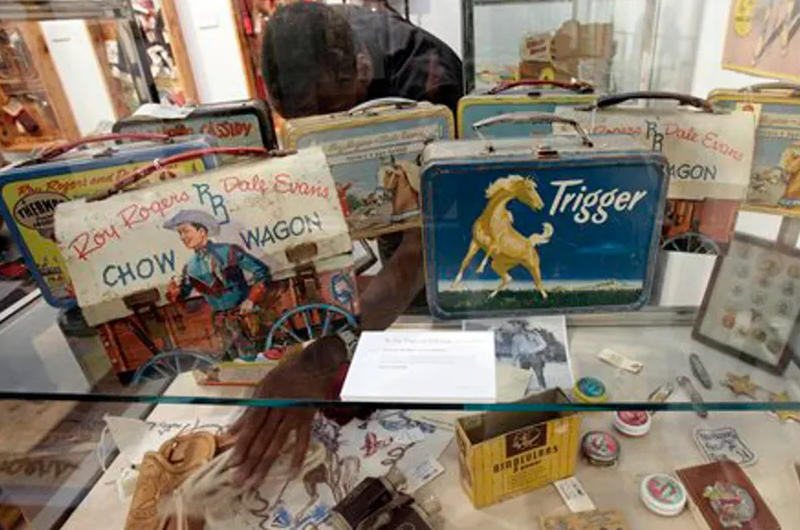 It was no surprise that the bids on everything far surpassed the initial assessed value.

His first guitar went for $8,750 instead of $2,000. Show scripts flew out the door at x5 the price tag. Even Rogers’ signed baseball memorabilia went for more than expected. But it was RFD-TV station owner Patrick Gottsch that swooped in and “saved” Trigger as well as Bullet. According to Gottsch, because of phone problems, he had nearly lost the beautiful horse at $200,000 because the person on the other end could hear him yell “Hit him! Hit him!” – meaning up the bid – over all the ruckus.

To this day he still gets emails from fans thanking him for “saving” the golden palomino. But it was the very end that had everyone in tears. After Dale’s horse and Trigger’s stunt double went to a private collector, and everything was over, the audience spontaneously broke out in song.

Everyone sang Happy Trails one last time. Elkies, the auctioneer, said it was the “most colorful, emotional and sentimental” sale she had experienced in her 20 years at Christie’s. The long and colorful history of the actor, show, and everything around it was at the hearts of so many kids while growing up.

Even if they are grown with kids of their own, the memory of the golden-tuned king of cowboys will live on.