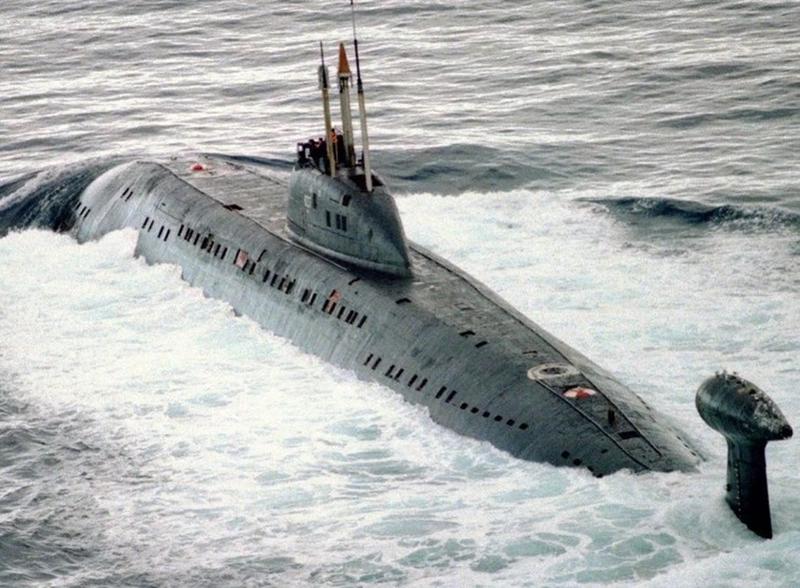 Some of the strongest nautical vehicles ever created are submarines armed to the teeth, and when it comes to warzones, they reign supreme. It takes a lot of testing to ensure that all the instruments a submarine has can be used at crushing depths.

The U.S. Navy is racing to build the best submarine out there – and it’s currently working on something huge!

The U.S. Navy has a responsibility to keep up with the latest in defense technology. While there is no imminent threat, the Navy must be ready for anything and goes to great lengths to be ahead of the game.

Our ability to defend our waters is no exception. And other countries are also pushing the boundaries of what is capable with stealth vessels. 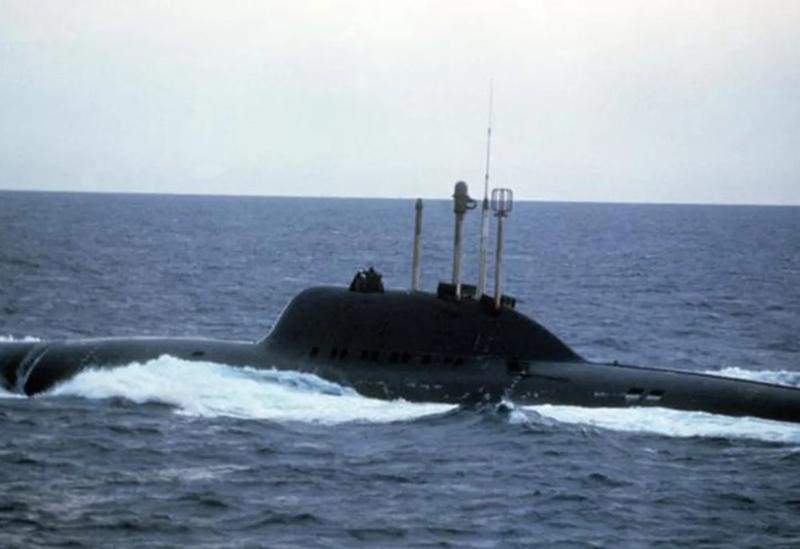 The U.S. is not the only military power advancing their underwater defenses. Rumor has it that Russia is at the forefront when it comes to subs. Their old Soviet subs, the Akula and the Alfa class, were said to have been the best back in their heyday.

Even with the Russian subs’ pedigree, the Yasen class – a new sub design – is apparently far superior. 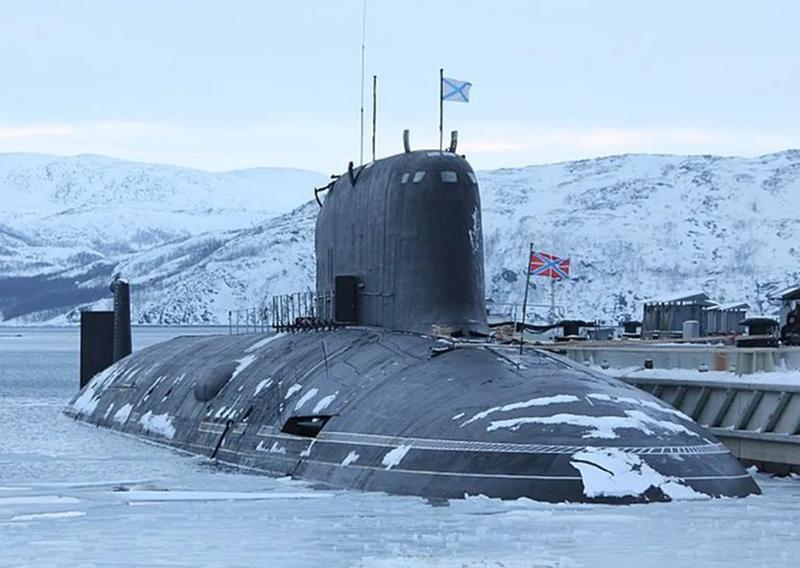 Ministry of Defence of the Russian Federation

The Russian military has managed to fit both advanced weapons systems and stealth technology into their new class of sub, the Yasen.

The attack sub is both nuclear-powered and has cruise missiles to boot. But while the Yasen already sounds like a formidable weapon, the Russian Navy apparently plans on further developing their designs for the new sub. The Russian military’s most recent plans are for the 545 Laika, the codename for the new class of attack submarine they’ve been working on.

If the Yasen class has set any kind of bar, then the 545 Laika is destined to be in a league of its own – especially for one trait in particular. Rumor has it that the Laika class will adopt certain traits from both its predecessors, the Yasen class sub and the Yasen-M class sub. The Laika will have a huge range of weapons. To mention just a few, it will have 8 BLS missile silos capable of firing Onix anti-ship missiles and KALIBR cruise missiles.

The sub will also come equipped with torpedo tubes, 10 of them! But despite all that firepower, there’s something even more impressive about it. 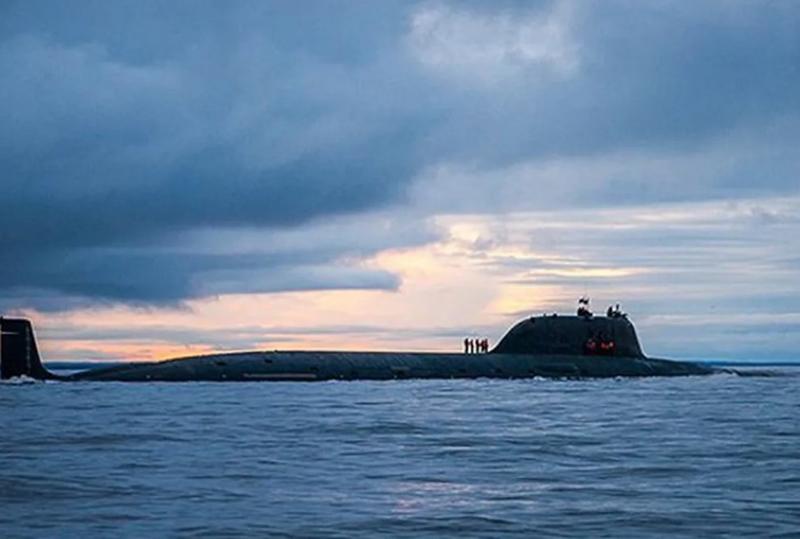 The Laika has been chosen by the Russian Navy to incorporate a new weapons system, the 3M22 Zircon Hypersonic cruise missile.

This missile will be capable of targetting land vehicles as well as any watercraft that venture too close to the sub. But it’s not the only submarine making up Russia’s intimidating fleet. Russia has one of the largest armadas to have ever prowled the ocean. The fleet is armed with nuclear submarines with guided cruise missiles, which are capable of firing powerful weapons from very far away.

But that’s what Russia has been cooking up, the U.S. has its own plan to keep its waters safe. It’s been established that the submarines from Russia are good at what they do. But while there are some seriously impressive designs being concocting by the greatest minds in the Russian Navy, it might be a little while until we actually see them come to fruition.

Meanwhile, the U.S. Navy has its own brand of submarines, that are packed with covert weaponry. Construction on the 545 Laika won’t begin until 2023. Meanwhile, the U.S. Navy is busy taking notes to come up with a submarine that’ll grab headlines around the world.

What the U.S. Navy is planning will be a true juggernaut of stealth, and weaponry, capable of moving underwater like nothing anyone has ever seen before. America’s Navy look toward the horizon with their new project, the next phase in submarine development: a sub capable of uncompromised speed and stealth.

The program is codenamed SNN(X), the sub will be able to operate at a much higher speed underwater while on stealth missions. And that’s not all the new sub will offer. When it comes to subs, the Los Angeles Class sub has been among the quietest nuclear-powered subs the U.S. has ever designed.

The Navy plans on improving the Los Angeles low sound emission and applying it to the SNN(X) sub, making it around 70 times quieter than before. That’s not even the best part of the submarine. The SNN(X) class submarine will have one of the greatest weapon catalogs of any sub, including previous U.S. Navy and Russian Navy vessels. Weapons systems like Tomahawk cruise missiles are only a taste of what the SSN(X) has to offer.

New designs always have new ideas, but will the SSN(X) include any older specifications that have been proven in combat? New rumors about the sub’s shape have been brought up. Allegedly, it will share a similar appearance to the Seawolf-class submarine.

The SSN(X) will still have a higher speed, a bigger appearance, and more stealth capabilities. The Seawolf uses nuclear tech, so the SSN(X) will most likely have the same systems onboard. The new sub will come with the newest in communication technology. This means that it will be able to transmit vital info about enemy positions to other vessels in the Navy’s fleet, including other subs, ships, carriers, and even planes.

The SSN(X) will be capable of defending against even the most advanced adversary. Like unmanned undersea vehicles (UUVs), for example. This new class of submarine can easily overwhelm and destroy U.S. Navy craft like carriers and subs without putting a single sailor in harm’s way.

So with the growing threat of UUVs on the horizon, can the U.S. build the SSN(X) as an effective countermeasure against the drone weapons in time? Even with all the impressive information around the SSN(X) class sub, development hasn’t been cleared to start until 2031 – and that’s only the prep work.

The actual production of the SSN(X) won’t begin until 2034! But as soon as manufacturing begins, the military will start buying two of them every year. So why will development take so long? If the U.S. waits a while longer before starting development on their sub, they’ll be able to look at every available improvement on the project that exists now or in the future.

This will give the subs an edge, having the most recent technology put into them when production finally starts. With all this development, how much will the SSN(X) cost when it’s ready? Even with the SSN(X) still being very much in the planning stage, the U.S. military has approximated all the costs that will go into the new sub class.

The U.S. estimates the subs will cost around $5.5 billion each. With that much money going into only a single submarine, just how massive will this sub be? For the SSN(X) to embody that amount of technology and armaments, the hull required would have to be significantly larger than the Sea Wolf class’s 9,100 tons or the Virginia class vessel’s 7,800 tons.

That’s going to be one enormous submarine. And a vessel that big is going to need a first-in-its-class engine to propel it through the depths. The power required to run a vessel of this size is enormous, so the new design could contain an engine design that is powered by diesel-electric as well as nuclear power.

This will require a huge feat of engineering as nuclear power is what allows submarines to stay submerged for long periods of time. But there’s a lot of planning still ahead. The SSN(X) program is still on the drawing board. So, for now, the U.S. Navy’s budget proposal suggests that its priorities are on conducting various studies.

Studies such as projected available industrial base capabilities, the cost of development, as well as the concepts of operations for the new submarine. The powers behind the program are going to look into conducting advanced technology development in key areas like stealth, speed, and survivability as well to ensure their multi-billion-dollar investment doesn’t fail as soon as it leaves dry-dock.

Will the SSN(X) really be worth all this investment? Can it really deliver that much more than other submarines that are currently operational? Unlike other submarine classes like the Virginia Class, the SSN(X) class will have greater transit speed.

The transit speed will be particularly fast under stealth mode in all ocean environments so that it can provide more effective multi-mission capabilities – which is vital for strategic maneuvers as radar detection becomes increasingly advanced.

In the end, the U.S. Navy’s objective will be to look at some of the old ideas from previous submarine classes and get rid of anything that doesn’t work.

Then they will improve upon old technology while integrating new technology into the design of the SSN(X) class. However it turns out a decade from now, this is sure to be a gamechanger for the U.S. Navy.