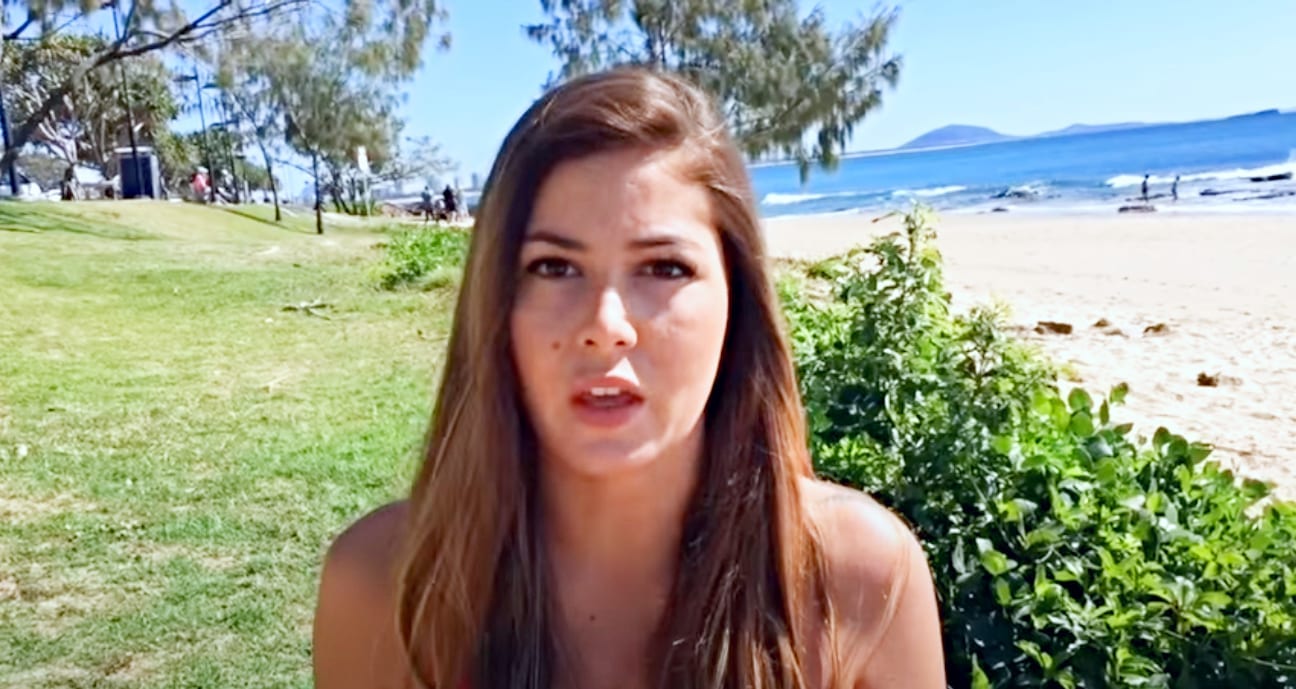 Even though the world felt strange and unreal after the pandemic had arrived in her hometown, Sam was determined to try to live her life as usual. But when she walked across the parking lot, she spotted something on her car’s windshield that, on closer inspection, left her distraught and outraged.
She couldn’t believe her rude neighbor’s hypocrisy… but she’d get the last laugh in the end. 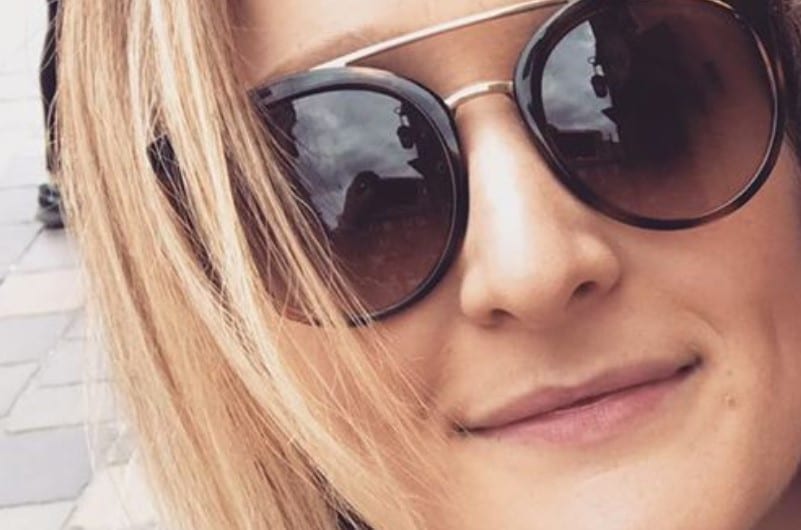 There are a lot of annoying things that a neighbor can do to make your life unpleasant. Everyone has experienced a neighbor being loud at inappropriate hours or interfering in others’ business. But then, there are neighbors who are just downright rude.
These are the worst kind of neighbors, as Sam Halms was about to find out. 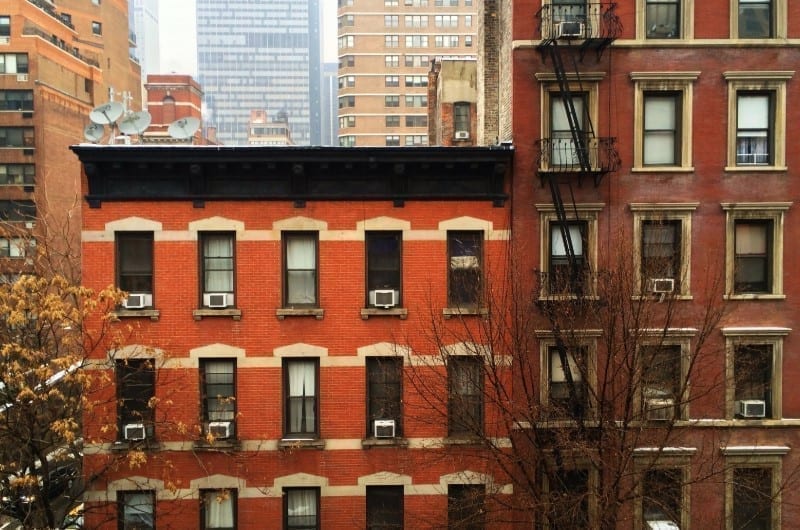 Sam had lived in the neighborhood for years. She’d heard about nightmare neighbors, but so far she had considered herself lucky. Although she shared a communal parking lot in her apartment block, the people who lived in the building generally kept to themselves.
So when she went to her car one morning, she never expected to find something so self-righteous and judgemental on her windshield! 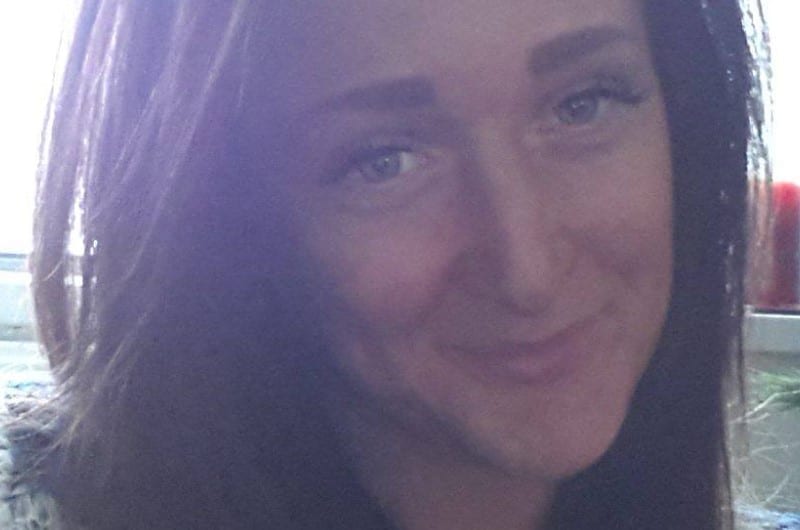 Sam lived in Norfolk, UK, and recently, regulations had been put in place to stop the spread of COVID-19. Although it was tough, Sam understood why nobody was allowed to leave their homes unless they had an exceptional reason to do so.
With cases soaring every day, the importance of social distancing couldn’t be stated enough. But, unfortunately, Sam didn’t have that luxury… 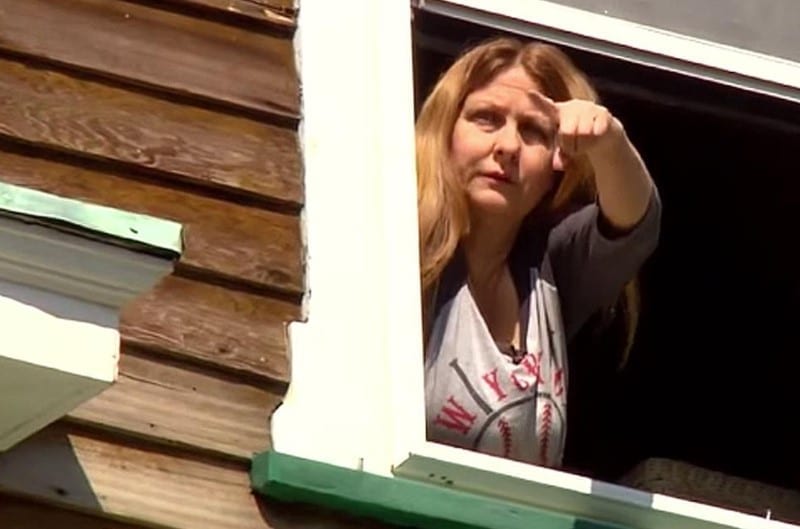 Sam watched the news, horrified to see the numbers in the UK creep past the 500,000 mark. Lockdown regulations became tighter and tighter. But still, Sam got up and went to work every morning — despite the social distancing regulations. She had no choice.
Little did she know, someone was watching. All hell was about to break loose. 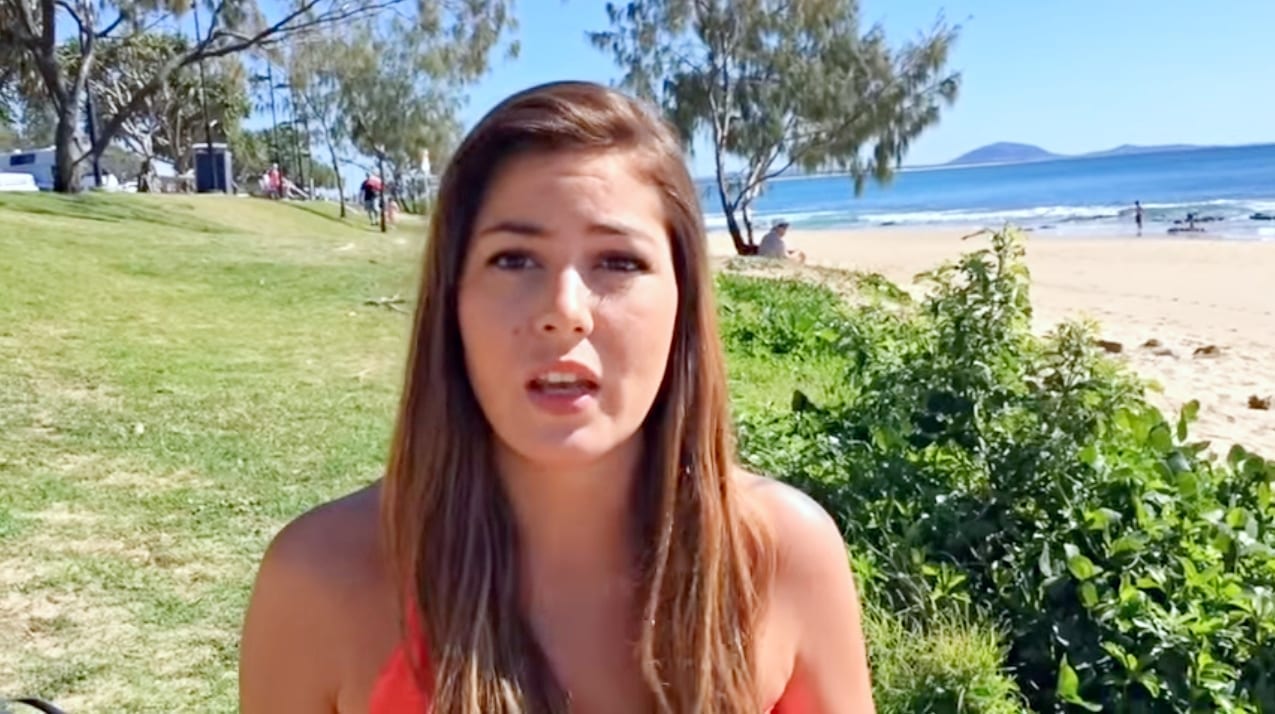 Sam knew that what she was doing was putting herself at risk, but she soldiered on and tried not to think about it. She was just trying to get by, like everybody else.
But one fateful morning, she walked to her car and spotted a piece of paper on her windshield. And when she read it, she was absolutely livid. 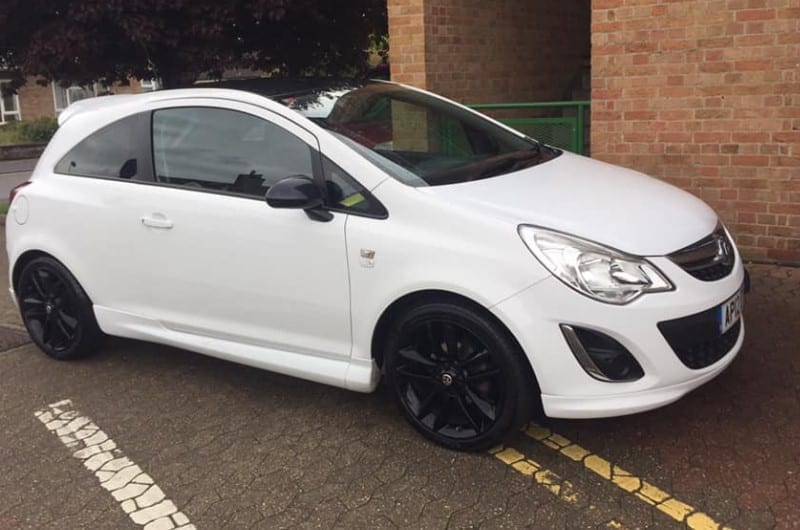 Sam was angered and hurt by the stranger’s brazen note — the ignorant neighbor had been quick to judge her. She had been through too much in the last few weeks for a complete stranger to try to shame her. Even worse, the person who wrote the note had been too cowardly to leave their details. She read and re-read the note and couldn’t believe her neighbor’s audacity!
“To the selfish person,” it began. 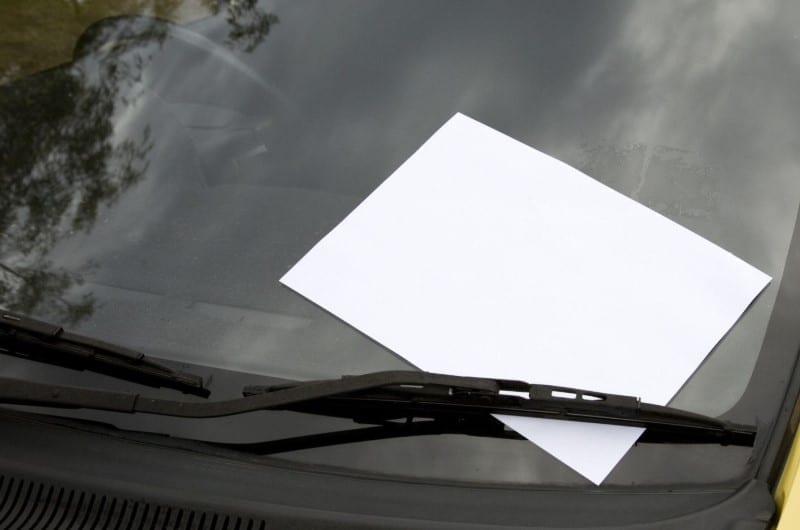 The neighbor, who obviously doesn’t know what Sam does for a living, made the unfounded assumption that Sam was willfully breaking the UK’s lockdown laws and regulations every day. Clearly upset by her deliberate rule-breaking, they felt the need to voice their personal opinion with a cowardly note.
Well, Sam could voice her opinion, too. “I have been watching you travel every day in your car,” the note continued. “You are not in uniform,” Sam’s eyes widened in disbelief. “…So this is clearly unessential travel!” Startled at her neighbor’s accusations, she continued to read the nasty letter.
“You are part of the problem! Stay at home and protect our country + NHS. You have been reported!” But what could Sam do about it?

Sam was growing angrier by the second. How dare they try to make her feel like that? She had been through too much to let them get away with this. She knew she had to set this busybody straight. It was time for payback.
When she arrived at work, she took a photo of the offensive note, went straight to her computer, and began to type. 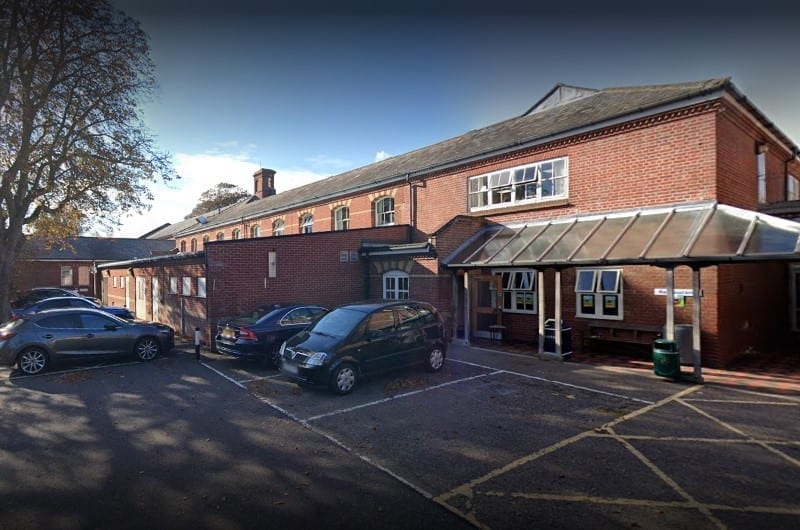 Sam works as a nurse for the British National Health Service. During the pandemic, the work she is doing is saving lives and helping stop the spread of the virus.
She works at the Norfolk and Suffolk Mental Health Foundation Trust, which was why she was so angered at finding the hateful note that criticized her for driving to work to do her job.

“I don’t usually post much personal stuff on social media, but I’m hoping that sharing this on here will reach the idiot that left me this note on my car,” she wrote on a Facebook post.
“Most importantly… I work for the NHS. I go to work every day supporting our country and have done for many years…”


Taking Them Down A Peg 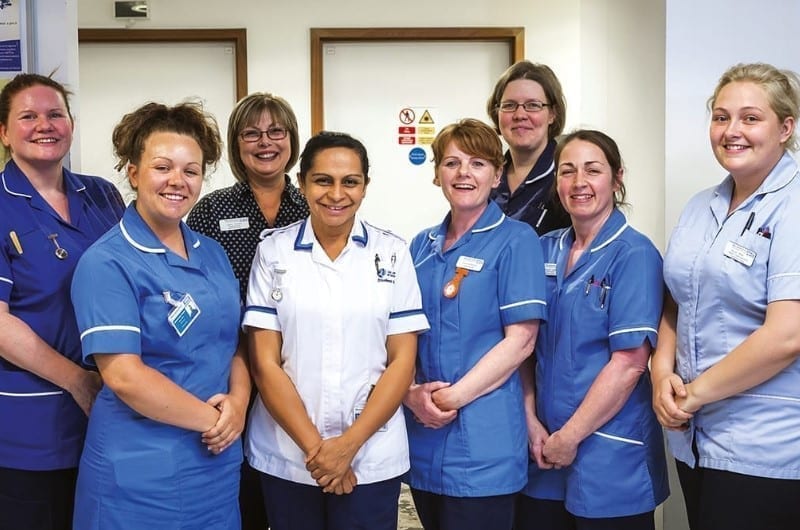 “While you are clearly spending your days watching me, probably claiming that you’re employed as a ‘full-time mommy.’ Why didn’t you just approach me and ask me what I was doing, maybe then you would understand why I am getting up every day to work for the NHS!?” Sam continued.
Then, she explained why she hadn’t been in uniform. 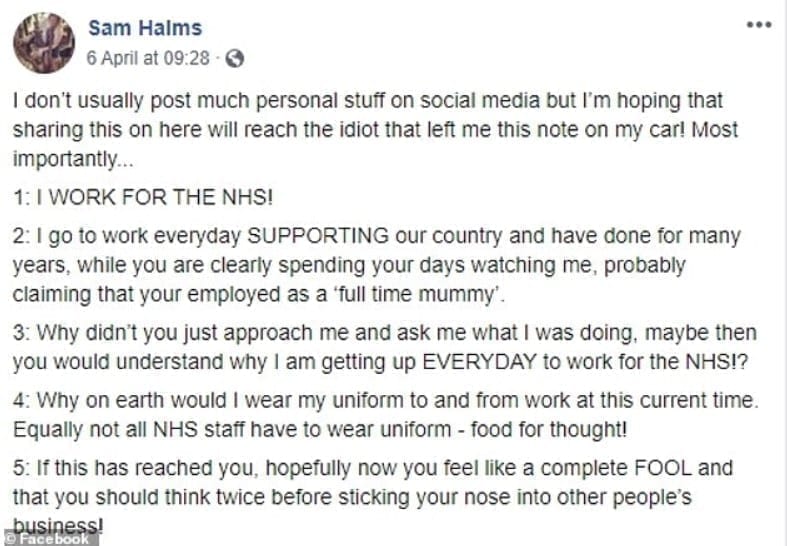 “Why on earth would I wear my uniform to and from work at this current time?” she wrote. “Equally, not all NHS staff have to wear a uniform – food for thought. If this has reached you, hopefully now you feel like a complete fool and that you should think twice before sticking your nose into other people’s business.”
The response Sam’s post received was overwhelming.

Sam’s’ Facebook post has gone viral, with more than 28,000 people sharing her response and urging others to think before they criticize others in these uncertain times.
Though some commenters pointed out that the neighbor may have had good intentions, most agreed that they could have gone about it in a more polite way.


The Comments Pour In

One user, appalled by the way in which a member of the NHS was treated, wrote: “There are people who are genuinely terrified of this virus because of the media hype and think everyone who is out is in the wrong and part of the problem.”
Others were quick to point out the uniform protocol for NHS workers.

“The person who wrote the letter is obviously unaware that many key NHS workers travel to work in their own clothes and get changed at work,” another user wrote.
“If you wear scrubs at work, for instance, they would have to stay at work.” And the messages of support for Sam and others in her profession kept coming.

Though it’s important for people to hold their friends and family accountable during lockdown and self-isolation for the greater good of everyone in the community, it’s equally important to have all the facts when it comes to reporting people for ‘disobeying’ restrictions.
Had Sam’s neighbor spoken to her before reporting her, there may have been a very different outcome. “Obviously, [the neighbor] doesn’t know her neighbors! Why would uniform-wearing medical staff wear gear worn inside wards outside of work and risk sharing any viruses… should use her brains… and support, not write anonymous notes,” another of Sam’s supporters wrote.
Most people who read the rude note expressed their gratitude for healthcare workers. It’s no secret that healthcare workers have a thankless job. They work twelve-hour shifts and we need them now more than ever. Most people understand the risk healthcare workers take on a daily basis as they work on the frontlines.
“Shows just how cowardly she is by not putting her name to the letter, she obviously has nothing better to do,” another supporter wrote. “Keep up the good work, it is appreciated by the majority.”
Must Read
Human Geneticists Finally Apologize For Horrific Past Experiments On Humans
The World Is Now 90 Seconds To Midnight
New Study Suggests Teacher Evaluations May Perpetuate Academia's Gender Biases