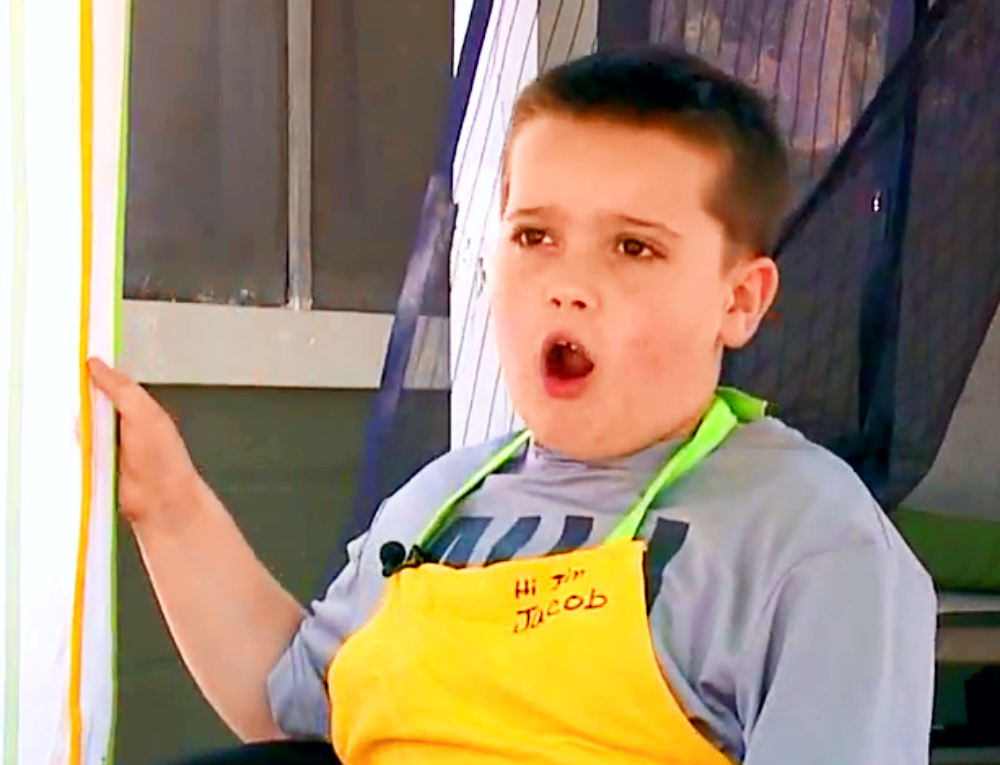 It was the biggest achievement of his young life. The boy counted out his day’s earnings and was so excited to be a little closer to his fundraising goal – plus that mean old lady had finally left him alone.

But when three police cars screeched to a halt in front of his stand, his hard-earned cash dropped to the ground as he stared open-mouthed at the tall officer looming over his stand. 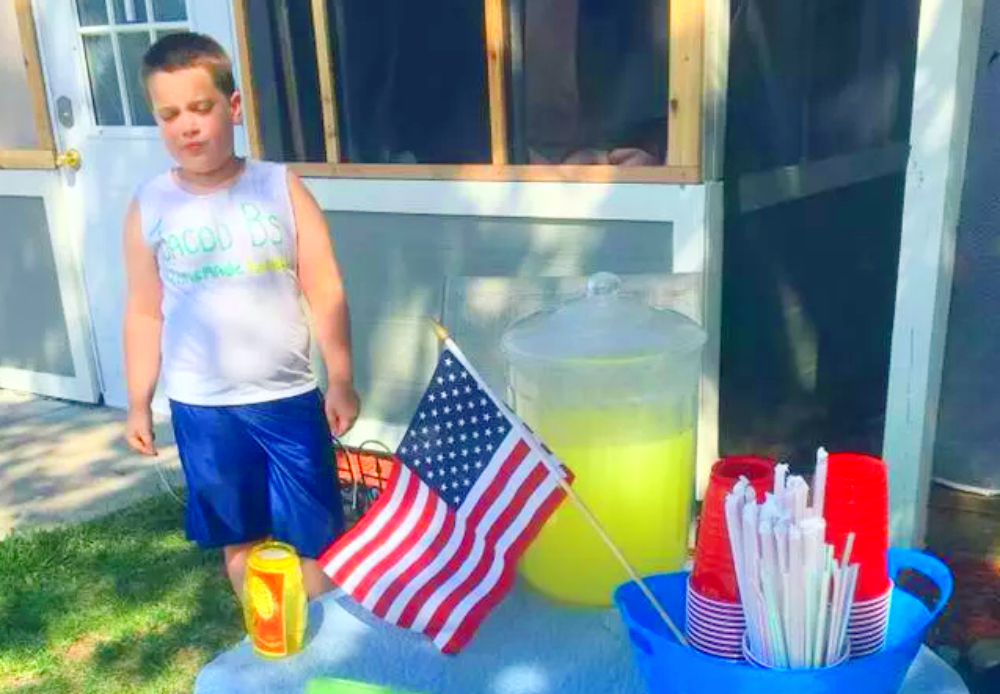 Gina Martin couldn’t believe her eight-year-old son’s response when their air conditioner broke down. It was the height of summer 2018, and young Jacob suggested setting up a lemonade stand to raise the cash to repair it.

But the Gladstone mom was worried. Not just about the responsibility, but also because his speech impediment meant the local kids might bully him. Ultimately, she felt it would be a good experience for him, and at least it would keep him out of trouble. But first, Jacob needed a place to set up shop. As his birthday happened to be approaching, Jacob’s older brother Christian bought him his very own stand as an early gift.

Jacob was over the moon with his brother’s kind present and got to work perfecting his lemonade recipe. Soon enough, he was ready to open the stand. But when his first customer demanded to speak to his mother, Jacob started to panic. “That’s one of the best glasses of lemonade I’ve ever had in my life!” said the man. “You should be very proud of this young man.”

“The secret is the lemons,” said Jacob, proudly. “I squeeze them, myself.” Soon, Jacob had a line of customers from all over the neighborhood. Even Mrs Granger from next door bought one. She wasn’t usually very friendly to him at all, so he didn’t think twice about the fact she didn’t say “thank you” – until the next morning, that is. “Do you have a permit? Do you have a health permit, a food handler’s permit?” Mrs Granger demanded, waving some legal printouts in the boy’s face. But Jacob didn’t understand, and she was scaring him.

Fortunately, Gina was there in time before the cruel neighbor made her son cry. “As a customer, I want to know if I get sick off of this who I should go to,” Mrs Granger insisted. Worried about her son, Gina thought it best to close down the stand until she could work out what to do. Then she came up with an idea. 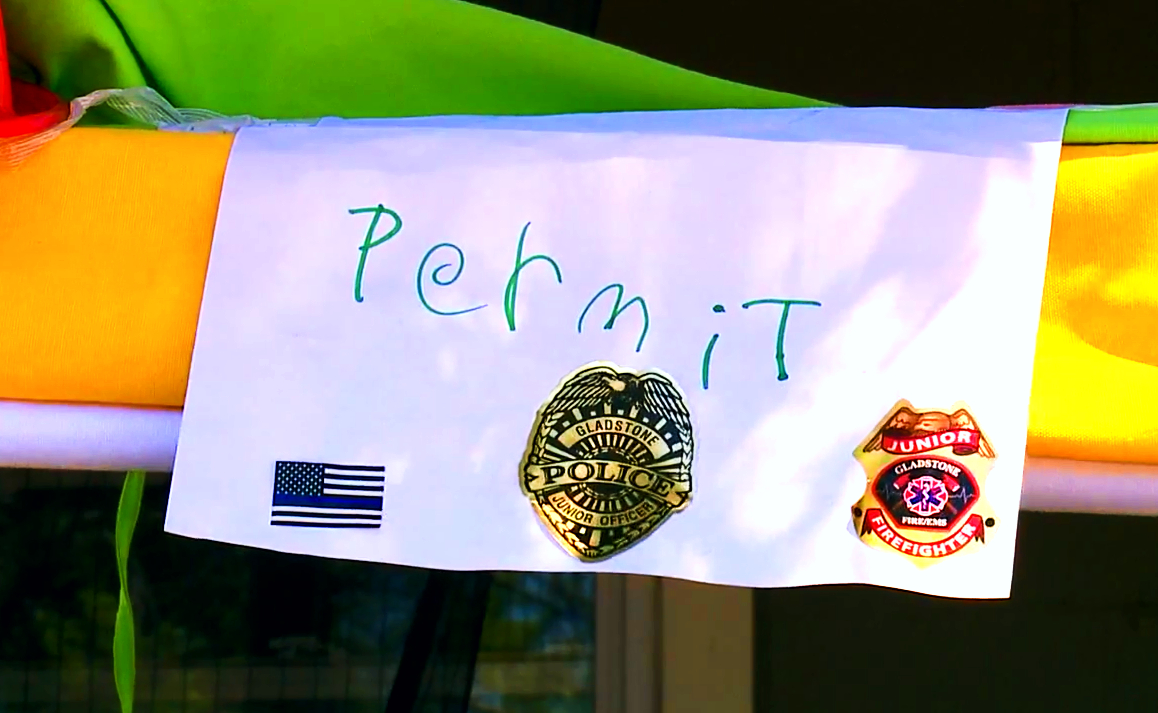 Gina wrote a message to the local government’s Facebook page asking if her son really needed a permit to sell lemonade.

Not understanding the situation, Jacob – who had already decided to donate some of his earnings to the local church – made his own “permit” and stuck it on the side of his stall. But when Mrs Granger saw it, she just glared and him and stormed off indoors. “I was flabbergasted, dumbfounded,” Gina told KSHB-TV. She had been worried that Jacob would be teased by kids in the area, but she never dreamed that a grown adult would pick on him.

Gina still hadn’t received a response from the government, so she decided to let Jacob reopen his stall because it made him so happy. But with no permit, she had no idea what Jacob would soon be facing. When he first opened his stall, Jacob was having a great time. The positive feedback from the customers in the neighborhood gave him the confidence boost he needed.

But he was worried about the things Mrs Granger was saying. Could he really get in trouble? He was starting to think it wasn’t worth it if it was making someone angry. And at that moment, he saw the flashing lights approaching his house. 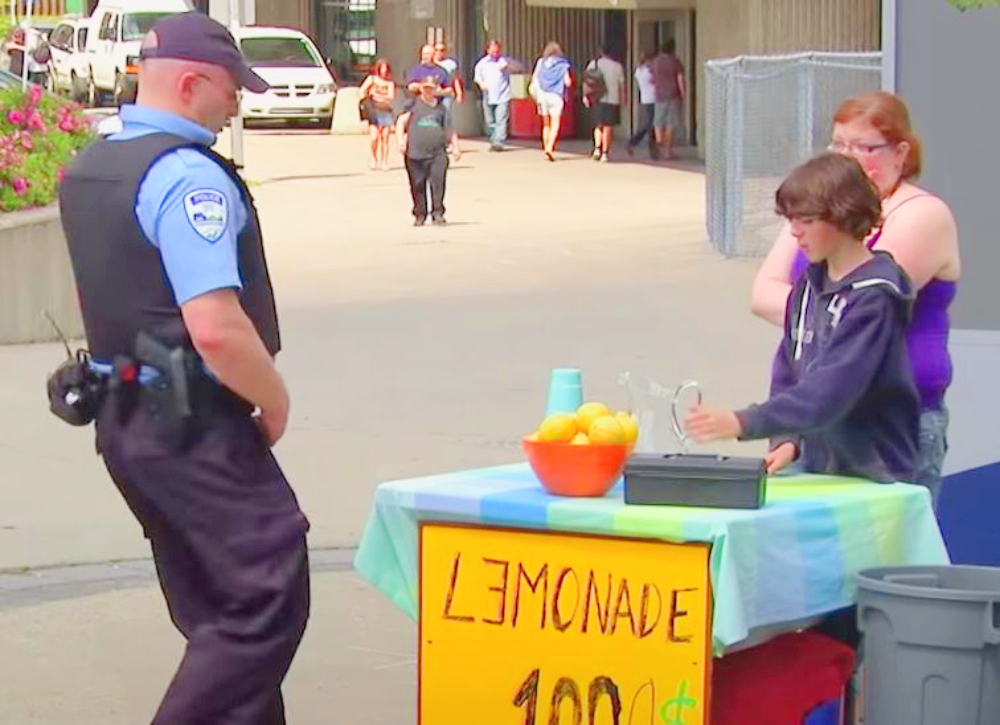 Three squad cars pulled up outside Jacob’s house. He had never seen so many police officers, so he knew something was up. “I thought it was an emergency somewhere!” Jacob said. Was his permit not good enough?

He turned and saw Mrs Granger peering through the curtains with a smug grin on her face. One of the cops stood over Jacob. He gulped and held out his “permit”. The officers had read Gina’s Facebook post and came right away. But they hadn’t rushed to the scene to shut down Jacob’s business – they were all desperate to try his lemonade!

Mrs Granger was fuming when she saw the long line of officers all sampling Jacob’s popular refreshment. But when she slyly informed the cops that his permit was just a piece of paper with “permit” written on it, they realized there would be a problem if Jacob wanted to continue selling lemonade. 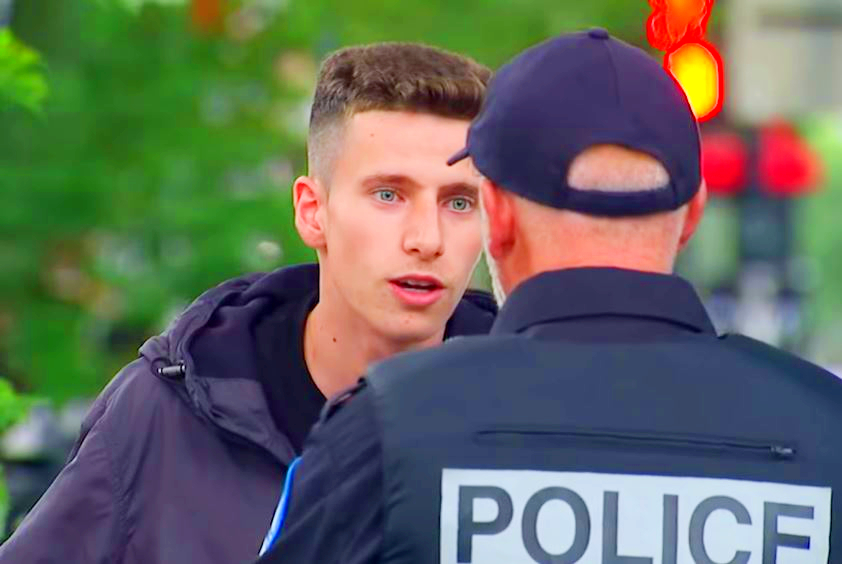 Fortunately, the police had brought some stickers with them to give Jacob’s permit an official feel. Christian couldn’t believe how kind the police had been to his little brother and was very grateful to them for supporting his business venture so publicly.

The officers even paid Jacob more than the asking price to help with his fundraising. But Mrs Granger was about to become seriously angry about how the situation would unfold. 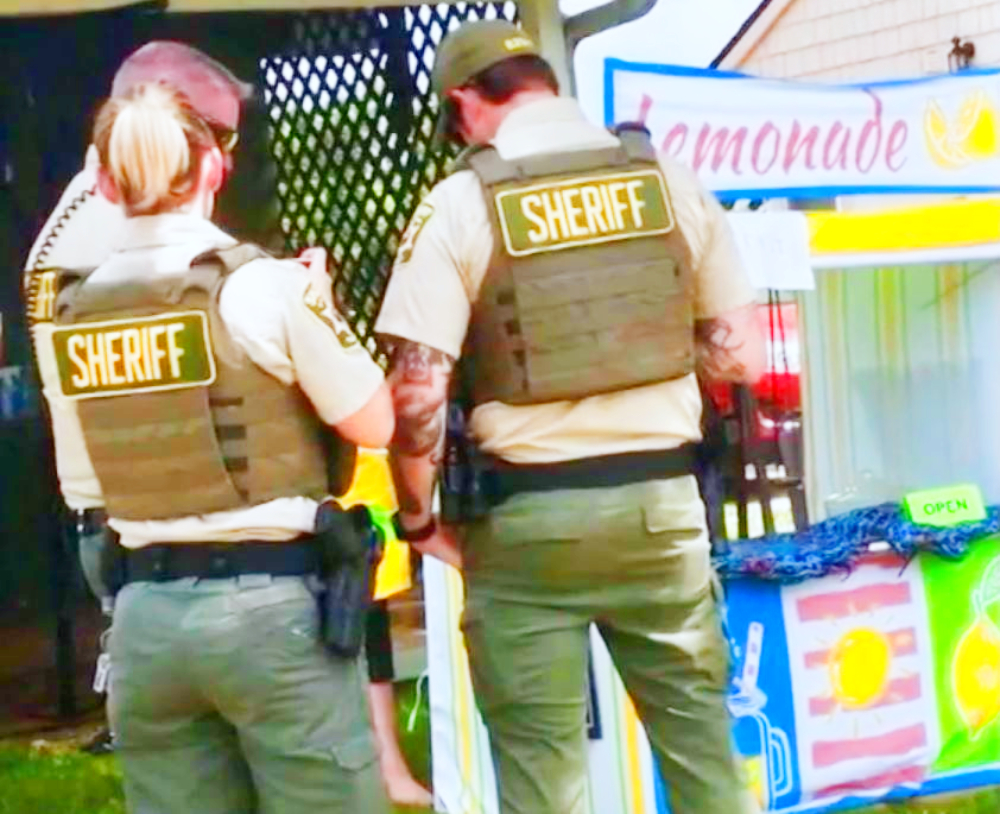 Local firefighters and the sheriff’s department soon heard about how good Jacob’s lemonade was and also showed up to support him. “We heard a local friend of ours, Jacob, had a less than ideal interaction yesterday at his lemonade stand,” the sheriff wrote on their Facebook page. “So we wanted to let him know we have his back.”

Jacob continued to sell his lemonade to the local community and eventually made his donation to the church – which is exactly what you do when life gives you lemons, right?