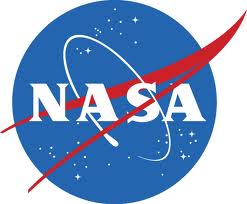 At 2pm, on Thursday, December 2nd, NASA will hold a news conference. NASA has said the conference will “discuss an astrobiology finding that will impact the search for evidence of extraterrestrial life.”

Sometimes I wish I wasn’t so skeptical.

I would have liked to believe that they would announce “Life on Mars!” or “Life on some moon in our Solar System!”… but unfortunately, I believe the announcement will literally “impact the search for evidence of extraterrestrial life”.

Perhaps the finding will include a new condition where life could exist, and perhaps that condition has been found somewhere, but my hunch is that the announcement will be a letdown for the general public. It will be interesting and newsworthy for scientists, astronomers, and astrobiologists, but I think the public will be generally disappointed.

We’ll have to wait and see…

We now have the scoop… and around my workplace there was a collective, disappointing “sigh“. But it’s still pretty cool. Researchers have discovered the first known microorganism on Earth that is able to reproduce using arsenic instead of phosphorus.

What’s the big deal? Well, it was assumed that carbon, hydrogen, oxygen, phosphorus, and sulphur were the six basic building blocks for life on Earth. Now, that has expanded. When looking for life outside of Earth, the horizon just broadened substantially. For example, we can’t assume there’s no life on a planet that lacks phosphorus… and if something here on Earth can do something so unexpected, there’s sure to be more surprises on Earth and beyond.

“The definition of life has just expanded,” said Ed Weiler, NASA’s associate administrator for the Science Mission Directorate at the agency’s Headquarters in Washington. “As we pursue our efforts to seek signs of life in the solar system, we have to think more broadly, more diversely and consider life as we do not know it.”

Read the article its entirety on NASA’s website. This certainly is an exciting day in astrobiology and for NASA.