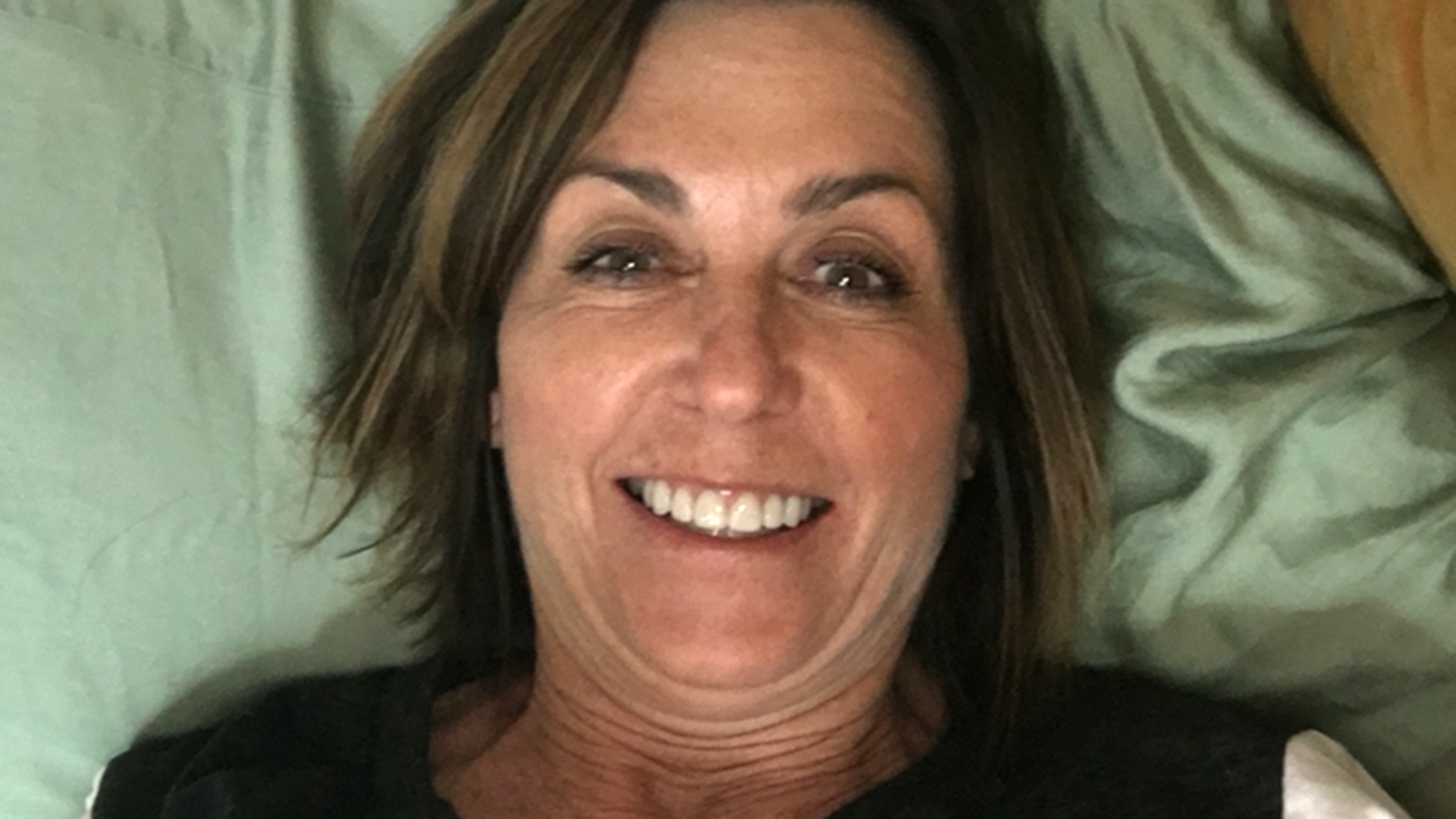 Deanna Pilling thought it would be a cute idea to surprise her daughter, McKenna, at university a day ahead of schedule. A mom surprising their daughter at college is a sweet idea. If you are thinking the same thing we are, this was a terrible idea! Not one college student wants to be surprised by their parents. Deanna’s sweet surprise ended up taking a wrong turn.

Deanna and McKenna had a close mother/daughter relationship. When it was time for McKenna to attend college, Deanna was shocked that her New Yorker daughter wanted to go to Utah State University.

To say the least, the mom was heartbroken to have her daughter across the country. She knew that it would be the best decision to let McKenna spread her wings and leave the nest.

The day before McKenna was heading back to New York for the summer, Deanna decided to do something special and surprise her daughter at her college.

Deanna would learn soon enough that surprising a kid at college is not a good idea.

Deanna thought it would be fun to show up in Utah a day earlier without telling McKenna.

Who doesn’t love a surprise from their mom?

Without notifying McKenna of her arrival, Deanna booked a last-minute plane ticket from New York City to Utah.

She had no idea of the surprise she was about to get!

Deanna tried to call McKenna before boarding her flight to find out her plans for the night. Unfortunately, McKenna did not answer.

When Deanna was boarding the flight, she hoped that her daughter wouldn’t have gone out somewhere.

After being on a plane for five hours, Deanna landed in Logan, Utah. She was able to grab a cab and head to Utah State.

Her daughter was calling her back and Deanna started to panic. Since she did not want to ruin the surprise, she denied the call.

The mother was worried that if she answered, McKenna would start to catch on to her plan!

The last time Deanna was on campus is when she moved McKenna in the fall semester. Nine months have passed since that time and when she got to campus, she felt a little lost.

She tried to remember where McKenna’s dorm was.

There were a lot of students moving out for the summer, so the campus was busy with students and parents.

Deanna was looking around and she felt overwhelmed because the university was larger than she remembered.

Deanna had to make sure she was not seen before getting to her daughter’s dorm.

She tried to look around cautiously to see if she spotted familiar faces.

After wandering around the campus for quite some time, she finally found her daughter’s building. Once she was in the building, she spotted a few of Mckenna’s friends.

She recognized them through social media posts. Deanna was relieved because at least she found the correct building.

Deanna hopped on the elevator and went up to McKenna’s floor. She was nervous.

This was the longest amount of time that they had gone without seeing each other. She walked to her door and knocked on it.

Is There Anyone Home?

Deanna stood outside while she waited to see her daughter’s reaction. She was hoping that her daughter would be happy to see her, but no one answered.

She knocked again, but there was no one inside the dorm room.

Going In The Room

Deanna realized the door was unlocked when she could jiggle the handle. The mother thought it was weird that McKenna wouldn’t lock her door.

But Deanna still opened the door, not knowing what she would find.

When she entered the room, she saw that there were a few girls packing up their stuff. Deanna said hello to them and went into McKenna’s room.

Her room as completely empty though, so Deanna was afraid that she screwed this whole plan up.

All Packed and Ready To Go

She removed everything from the walls and all of her belongings were neatly packed in boxes.

Deanna was exhausted after a long day of traveling. The only thing that was left in McKenna’s room was her bed that was still covered in blankets and pillows.

She thought to herself that it was a good idea to hang out until she returned. She decided to put down her bags, take off her shoes, and lay in her daughter’s bed.

Deanna then thought it was not a good idea if she fell asleep because she thought it would be a waste of a surprise. Instead, she came up with a better idea.

She was going to let her daughter know that she was on campus but in a classic mom way.

Smile For The Camera

Deanna took a selfie of laying in McKenna’s bed and she knew that her daughter will be shocked that she flew all this way to see her.

And when McKenna replied, she was surprised, but not in the way that Deanna hoped.

McKenna asked, “Where that??” Deanna frowned at her phone. How did McKenna not recognize her very own bed? McKenna sent another text, “I’m in my dorm. Please tell me you’re not in someone else’s dorm.”

Deanna started to freak out. How could this be possible?

Deanna bolted out of bed. If this wasn’t McKenna’s dorm, then where was she? She ran out of the room and halfway down the hallway. Deanna texted back, “I am in the wrong dorm omg.”

She made her way down the hall laughing at her terrible mistake.

“I felt sick to my stomach because I’ve already said hi to several people in the dorm and they probably have no idea who I was,” said McKenna’s mother.

Deanna then laughed and said, “I thought, ‘Oh, my gosh, I didn’t even look at the name of the building. I could be in the wrong building!”

Thankfully, the room Deanna set foot in was a friend of McKenna’s who lived down the hall from her.

Deanna’s daughter found the whole situation HYSTERICALLY FUNNY that she took to Twitter to post her Mom’s selfies and text messages.

McKenna’s friend, the girl whose dorm Deanna had been in, didn’t know about the whole situation until a few days later.

“She commented on it and was like, ‘Is that my pillow?’” McKenna said. Right after, the tweet and photo went viral. The response shocked both Deanna and McKenna.

McKenna said, “We weren’t expecting anything of it, I just thought friends and family would see it but now it’s completely gone everywhere.”

The college student said that her mom was always filled with surprises and this one was the funniest. Deanna, on the other hand, was not too keen about all of the attention.

Getting A Better Photo

Even though it was a terrible mistake, Deanna was relieved that she had so many people laughing, including her daughter.

McKenna does have one issue though: “Every time I refresh my feed more retweets and favorites pop up, and now all my mom has to say is, “‘I wish I would’ve taken a better picture!’”

The original story from is for Upbeat News. Thank you for the pictures and information!