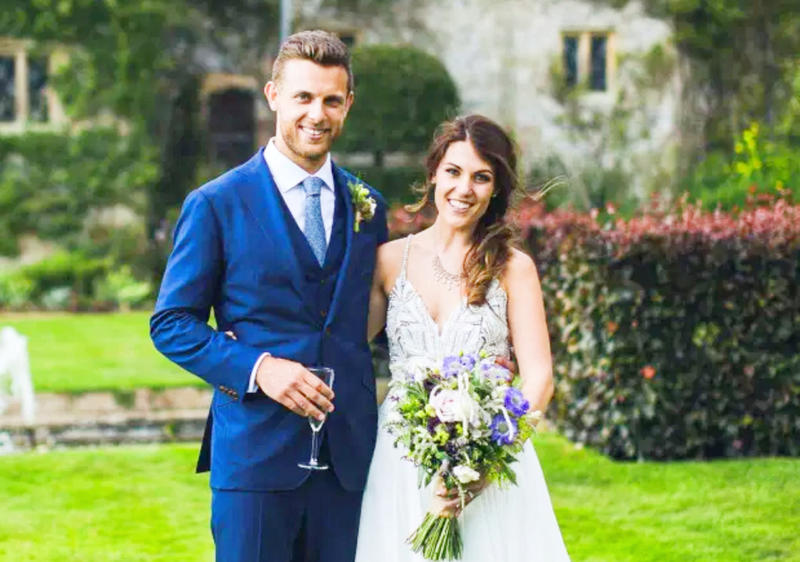 Her mother was being oddly quiet during dinner. This was supposed to be an important day for her, when she would finally introduce the man she loved to her family, but mom really didn’t seem to like him.

Days later, her mother called with some news after doing a little digging. “Oh my, God,” said the young woman. “It’s him…” Heidi and her mom Kay were over the moon when she was accepted into the UK’s University of Newcastle to study economics and management. They had become somewhat estranged from extended family so spent a lot of time together – making the move hard on both of them.

After a year in a shared apartment, Heidi felt comfortable enough to move into her own studio. Then, one day, she received a message from a stranger on Facebook begging for help. 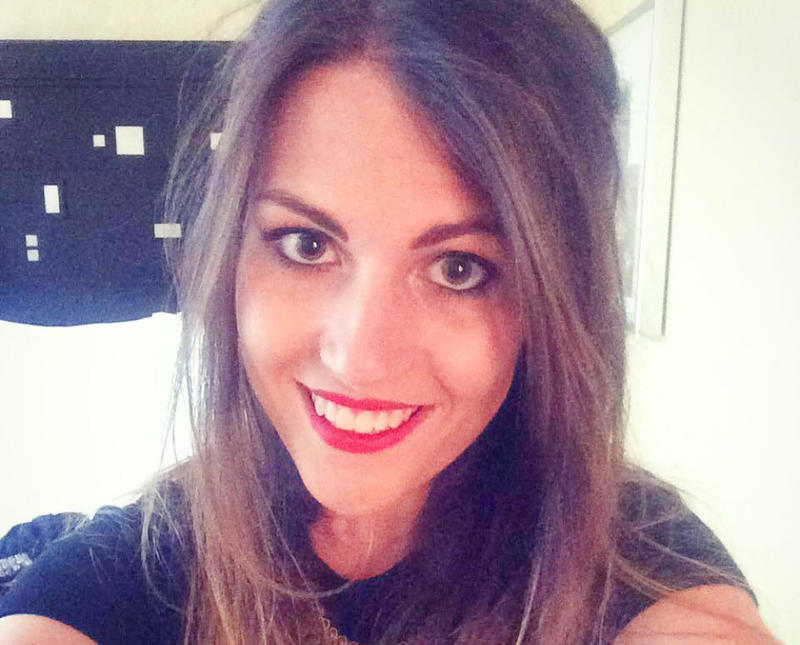 Ed Savitt – a psychology and business student – had moved into Heidi’s previous apartment, but was struggling with the washing machine. He said he’d found her name on some mail and decided to look her up for help.

“He Facebooked me asking how the washing machine worked, and I let him know… basically because he was hot.” That was the last they spoke – until she felt someone staring at her from across the bar while out with friends one night. 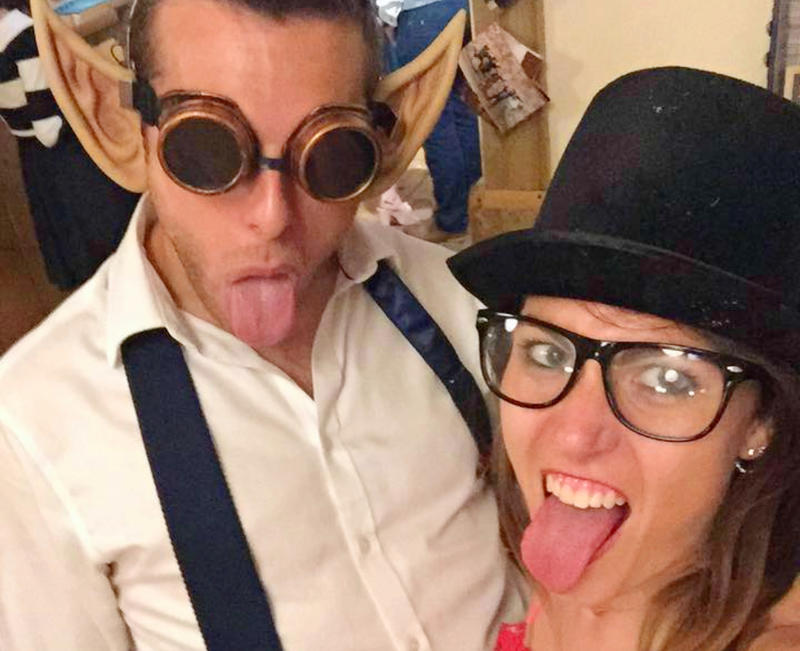 “We just spotted each other,” said Heidi, having recognized him from his Facebook profile. “I thought he was gorgeous; he was actually amazing. All I can remember thinking is, ‘Wow, he is hot.’”

The pair got chatting and soon went on their first date at a pizza restaurant. But there was something about Ed that Heidi really should have known. 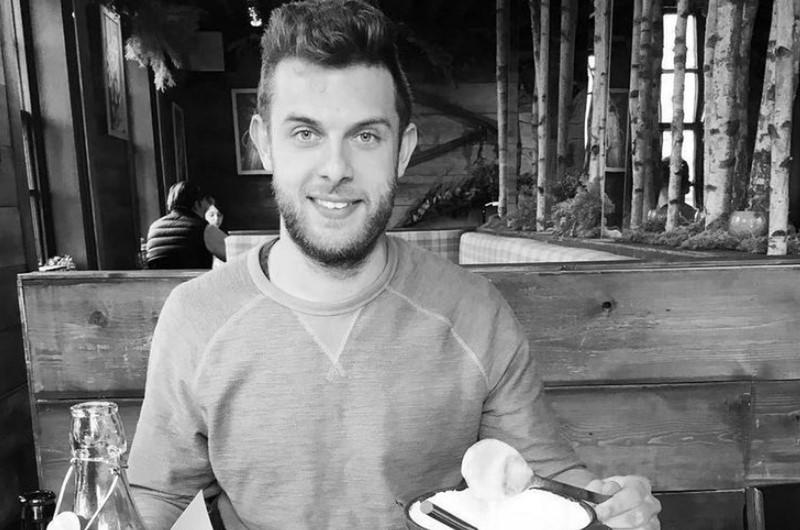 Heidi learned that the new tenant of her old apartment was also attending Newcastle University to study business and psychology. They both had plans for their individual futures but on this particular day, after Heidi caught Ed’s eye, their entire college experience changed.

Heidi would later say that the two “hit it off pretty much instantly.” They became much closer and managed to stay together throughout college. The college sweethearts thought they knew everything about each other, but they would soon find out they were wrong. The couple was inseparable during their time at university and once they graduated they moved to London together, although they decided to live in separate apartments.

Then in 2015, Ed took Heidi on a walk around the grounds of Derbyshire’s Chatsworth House and got down on one knee. There was only one thing left to do. It was time to meet each other’s parents. 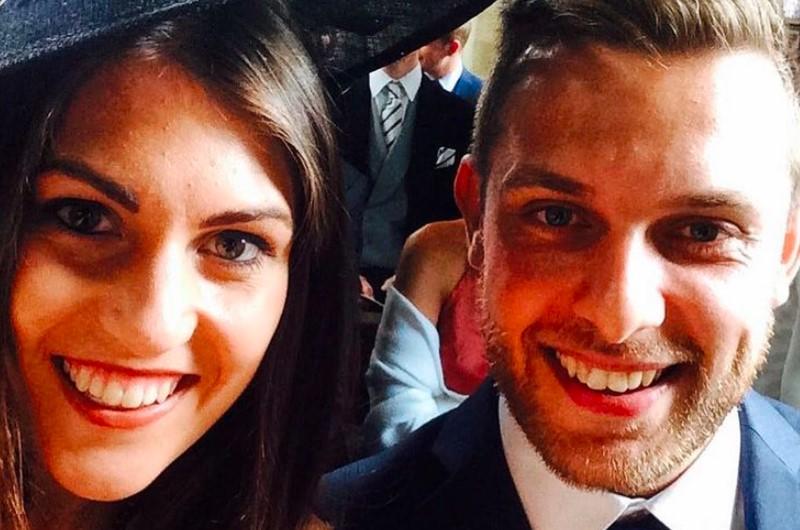 Four years since they started dating, Heidi and Ed decided it was time for their mothers to meet, so they set up a date and time for it. But just because it was the right time did not mean that neither of them were nervous.

Introducing two families can be intimidating, and they had no idea that this wouldn’t be any ordinary family introduction… 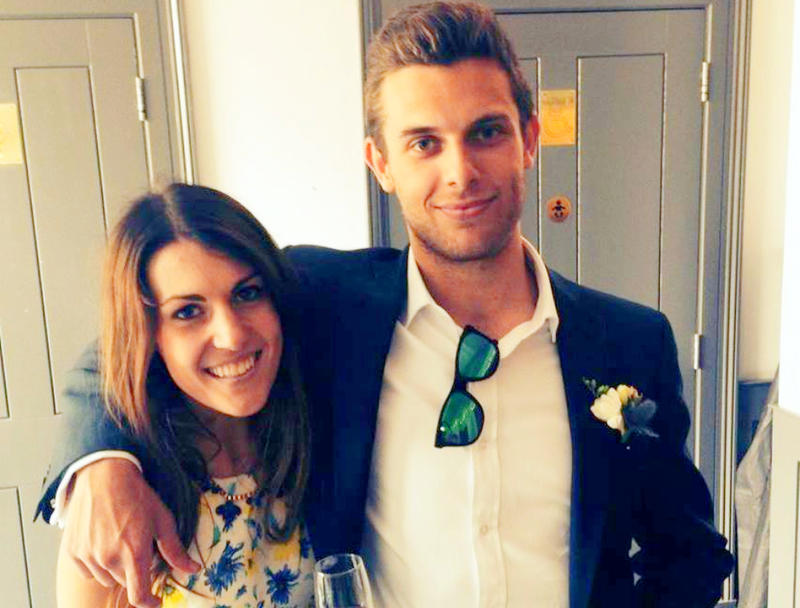 Heidi called her mom and booked a table at their favorite restaurant, and Ed arranged for his mom, Fiona, to be there too. It would be nice to grow the family, Heidi thought, remembering when they used to spend more time with her cousins when she was little.

But Heidi’s mom was behaving very oddly, suspicious almost. She had been so excited to meet Ed and kept pushing for a night like this, so why was she being so off with him? 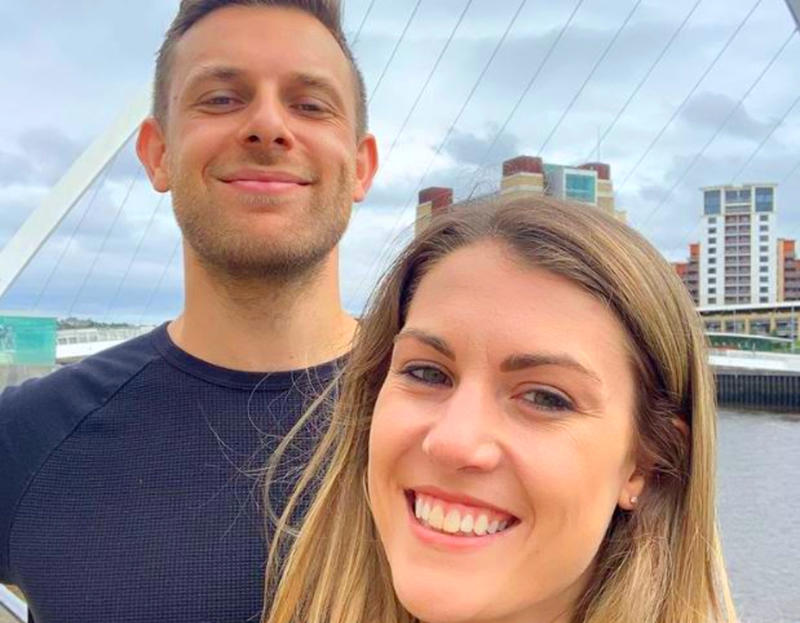 While the conversation seemed to be flowing, and everyone was on their second glass of wine, Heidi asked to speak to her mother in private. They made their excuses and went outside.

“What’s wrong, mom?” asked Heidi. “Do you not like Ed?” Kay was about to answer, but Ed interrupted. There was something important he had to say. “We’re getting married!” Ed announced to the table. This was supposed to be what the evening was building up to, but all Heidi could think about was the look on her mom’s face.

However, Kay quickly changed her tune once she heard there was a wedding on the way. But she couldn’t shake the feeling that she had seen Ed’s face somewhere before… 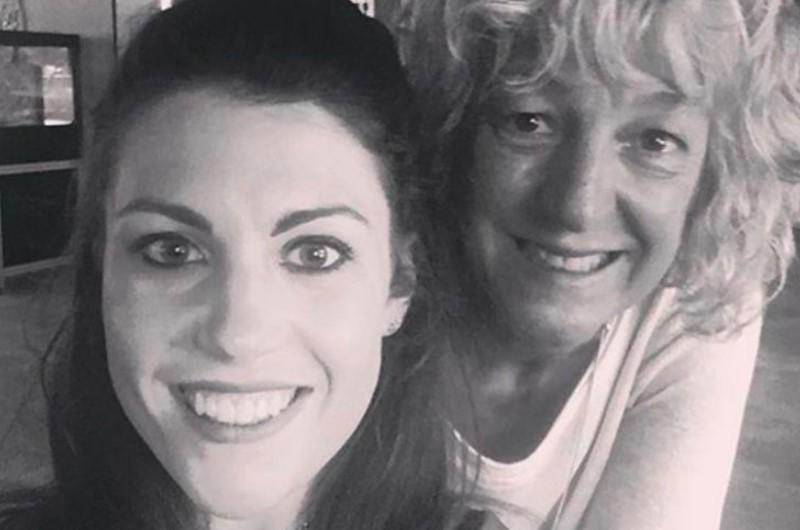 With all of the plans surrounding the upcoming nuptials, Kay figured she would have to clear some space to keep presents and supplies in her attic.

She started cleaning up the space but deep down, she was hoping she would find something that she had been thinking about up there. Then, she saw it, sitting in the corner and a strange feeling crept over her. Was her gut-feeling right? 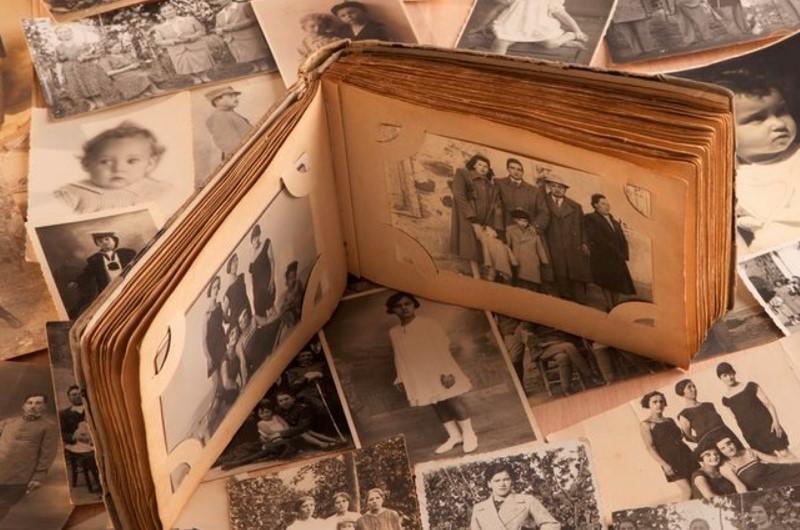 When Kay saw her old photo albums stacked in the corner of the attic, she knew that she just needed to satisfy her curiosity. She scanned through the dusty stacks of albums and found what she was looking for: an album that said Gumbet, July 1997 on the cover.

Kay hadn’t seen the two-decade-old photo album in a long time, so she couldn’t be quite sure that this photo album would have exactly what she was looking for. But she quickly flipped through the pages, and when she reached the one she was hoping to find, she couldn’t move. 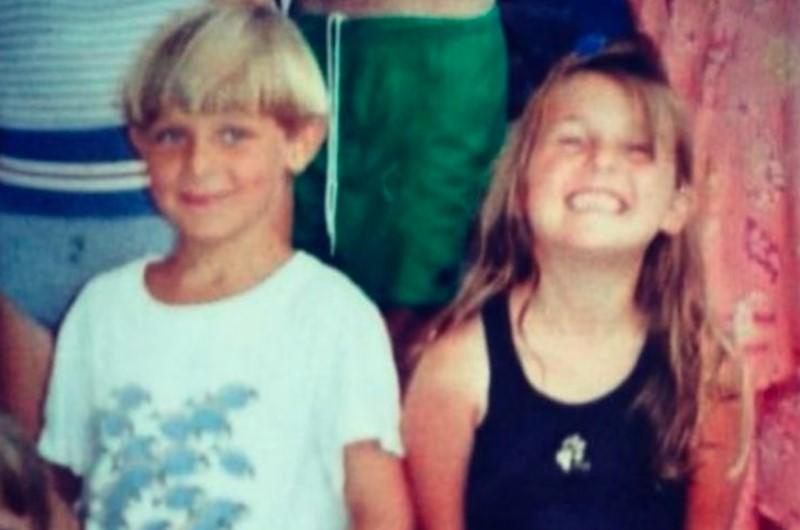 Kay had been skipping through smiling family photos and beautiful landscape portraits from the trip. She managed to find this particular photo from about 20 years ago that kept haunting her ever since the meeting with Ed and his mother. Right in front of her was her daughter Heidi standing with her first-ever boyfriend.

The blond mystery boy was exactly how she remembered him. He was flashing a shy smile, standing next to Heidi just as they had been for the entire trip. In truth, Kay was looking for this boy for one particular reason. When she saw the little boy in the old photo album, she was dumbstruck and knew right away that her suspicions were likely correct. 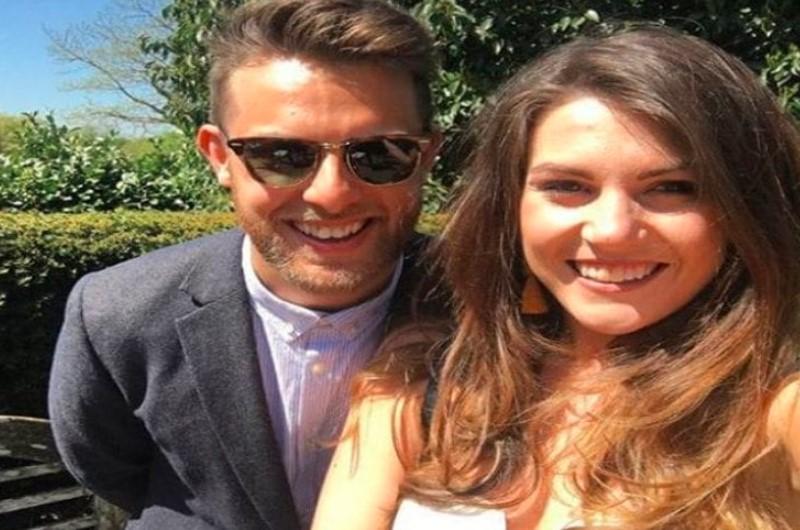 As Kay looked at the old photo album, she did not know if this was just about the craziest thing she had ever seen, or if she was just going crazy. She was convinced she was correct about her nagging suspicion, but she needed more details.

Kay was pretty certain that this little blond boy, named Ed, was the same Ed that was about to marry her daughter. It was almost too good to be true. The Ed that Kay had just met a few days ago at the London restaurant looked different from the little boy in the old photo album. She had to make a call. Heidi threw on her coat and jumped in the car as soon as she put the phone down. She was worried about what her mom had to say. She was normally so upbeat. Did this have something to do with Ed?

When she got to her mom’s house, Kay was sitting in her armchair with a drink in her hand and several photos laid out on the coffee table. Without saying a word, she gestured to one. Heidi picked up the photo. “I was astonished when I saw the picture. I just yelled, ‘Mum – you know who that is!'” Heidi was holding a vacation photo from Turkey from when she was little. The six-year-old boy holding her hand in the picture… was Ed.

Back in 1996, the pair had met at a children’s camp in Bodrum and had become besotted with each other. Kay was sure she recognized Ed from somewhere, but even she was surprised that he was actually Heidi’s “little boyfriend” from years before. Communications manager Heidi told MailOnline, “I was so shocked I actually had to lie down. Ed was amazed too… we couldn’t believe it!

“I didn’t believe in fate before finding that out but there’s no arguing with it – we’re clearly destined to be together!” The revelation meant a lot to the couple. So much so that they had to honor their meeting from years before. Kay thought that maybe there was a “subconscious realization that they had shared that time together when they met as adults.” And with the two set to be married by the end of the year, they knew they had to incorporate this news into their wedding somehow.

Heidi and Ed decided to use these old photos of them as six-year-olds in their wedding invitations. So, the pictures of them from the old photo album were featured on the invites they sent hundreds of guests. The pair got married in a huge celebration in Derbyshire. They could still say that they had experienced love at first sight, but now they knew that the first sight had happened way before either of them imagined.

Heidi and Ed were lucky enough to marry their first love in one of the craziest love stories. But they were not the only two meant for each other that day. Even after the big wedding day, Kay recalled that back in Turkey in 1997, “it was not just Heidi and Ed who met on that holiday, but all of us.” Ed and Heidi’s siblings had all met during that vacation. Some of the pictures their families found in those old photo albums showed all of the siblings hanging out together.

Becoming in-laws bonds two families but after finding out about this unbelievable first meeting, the two families have become even more interconnected. Kay and Fiona have become best friends, along with their husbands. And since Ed and Heidi’s wedding, the two sets of parents have planned vacations together. The couple can still hardly believe it.