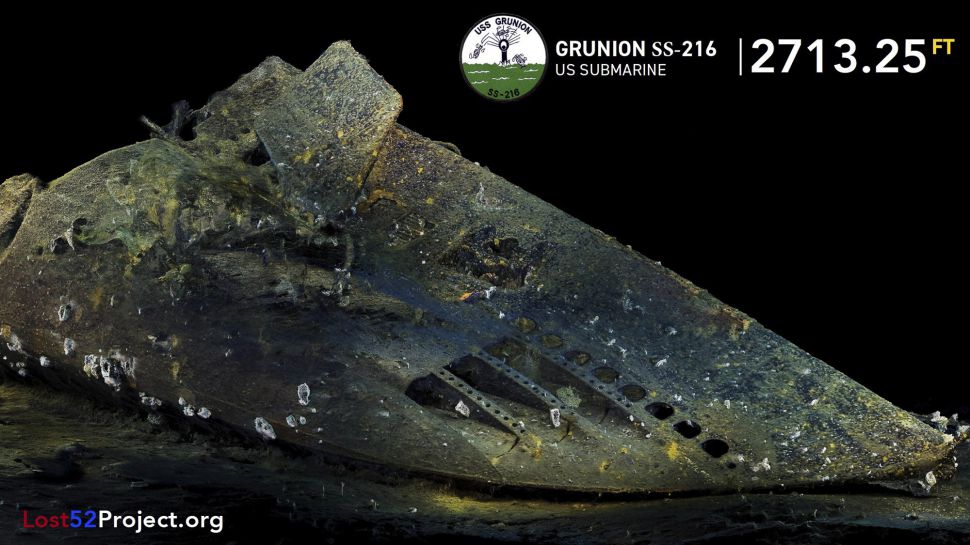 In June of 1942, the submarine USS Grunion under the command of Lt. Cmdr. Mannert Abele, receives its orders and sets off on its inaugural mission. The orders send it on a war patrol around the Aleutian Islands in Alaska where it sinks two Japanese patrol boats. On the 30th of June, it is ordered back to Dutch Harbor in Alaska and It is never heard from again. The USS Grunion disappeared almost 80 years ago and no one knew what happened to it, or the 70 seamen aboard at the time.

However, thanks to a group of undersea explorers the mystery has been solved.

The team of explorers discovered the bow of the USS Grunion about 2,700 feet (820 meters) underwater off the coast of the Aleutian Islands in Alaska. Once the team located the wreckage they used a revolutionary new way of imaging the wreck. The team sent out autonomous underwater vehicles (AUVs) that were equipped with advanced photogrammetry imaging. They used this technology to create 3D images and models of the underwater vessel.

“This goes so far past video or still imagery, it truly is the future of recording historical underwater discoveries,” Tim Taylor, part of the Lost 52 Project said in a statement. The group searches for the 52 submarines that went missing during World War II. This kind of imaging means that “archaeologists and historians [can now] spend months back home performing detailed research,” Taylor added.

A Twist In The Tale

In 2006, Lt. Cmdr. Mannert Abele’s three sons, Bruce, Brad and John, received some information from “a remarkable Japanese gentleman, Yutaka Iwasaki, and help from numerous other sources” which started them searching for the USS Grunion.

They got the help of marine geophysics and ocean engineering firm Williamson & Associates to help them search for the lost sub. With the use of a side-scan sonar, they examined large parts of the ocean floor which helped them find the submarine but the bow of the ship was missing. The Lost 52 searched the nearby area and found the bow. It had slipped down a steep volcanic embankment not far from the rest of the wreck.