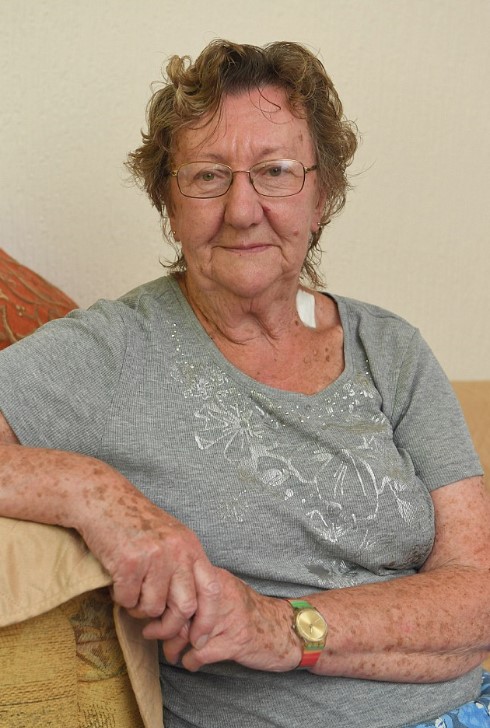 When three men surround a Grandma at a cash machine, no one’s there to help. They fail to anticipate that she might take matters into her own hands…
All too often we hear about people trying to take advantage of the elderly. From phone scams to door-to-door salesmen or just plain old thieves, a few people have low morals. For Winifred, a shopping trip turned into a scary encounter when she felt three figures looming behind her.
Fortunately, Winny wasn’t just another old lady, she had a set of skills that set her apart from all other seniors out there. 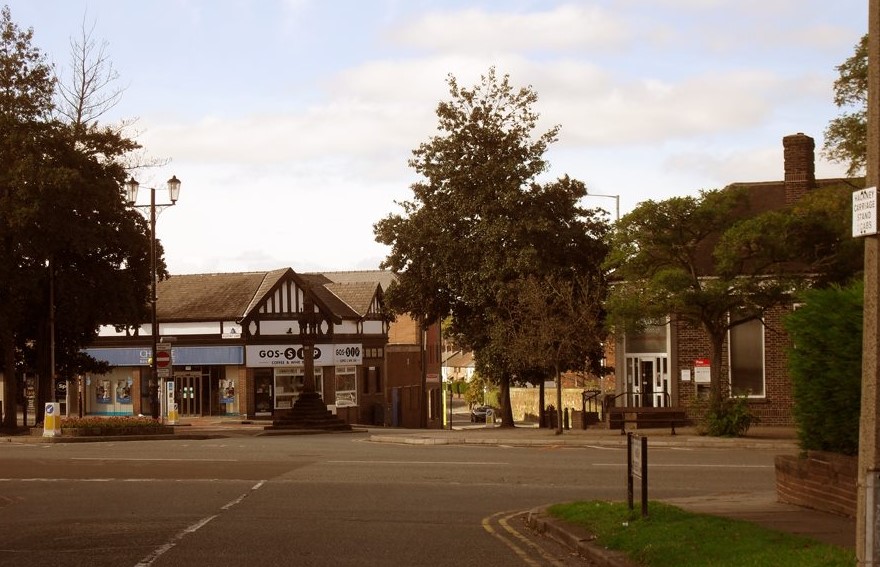 At 77 years old, Winifred Peel appears much like any other older lady. Living in a small town near Liverpool, she would go about her day at a modest pace, happily retired and never in a hurry. But one day, that all changed. In her younger days, Winifred had enjoyed an active life. She spent time helping her father, who was always fixing things around the house and developed a passion for sports.
As she got older, one particular discipline stuck with her, and it turned out to be her saving grace one day. One day, she started her day walking through the town, up to her favorite café to grab some tea and a cake. She noticed some commotion as she passed the local bank, some young men arguing with each other. Little did she know that she should have taken note of these rowdy youngsters.
She had to go shopping to get a gift for one of her best friends’ daughter, but when she got to the store, she didn’t have any cash on her. With only a couple of banks in town, it was a long way to the machine. Still fairly spry for her age, she walked at a quicker pace than average​, but she could never have known that she had been marked. With only a few meters to go, Winny reached into her handbag to grab her cards. But, unbeknown to her, this hesitation is what left her vulnerable. Her hands trembled and her face flushed as she heard a shuffling behind her.
She had no idea what was just about to happen. 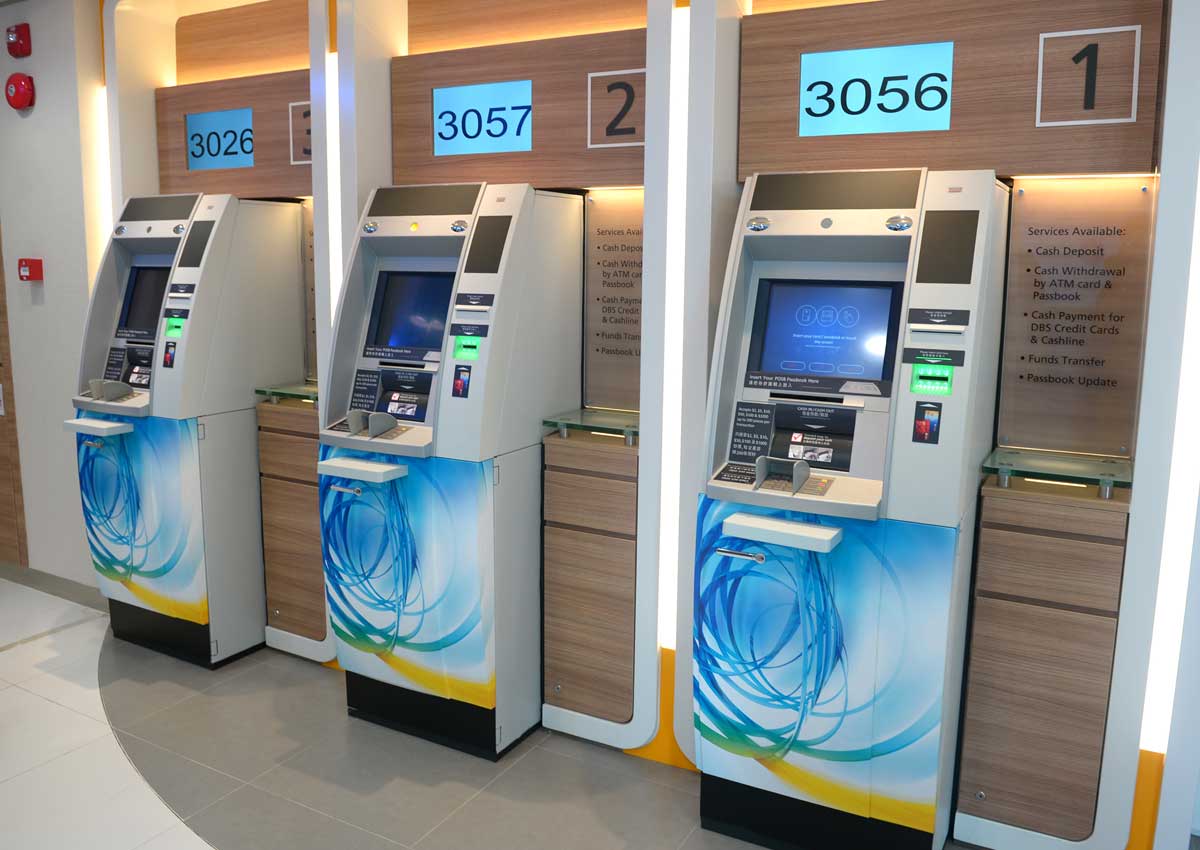 Embarrassed and scrabbling for her cards, she turned to see someone standing close on her heels. “You go ahead,” Winny said, “I’ll be a minute”. Thanking her, the woman went ahead to use the ATM.
Now, distracted, Winny failed to hear the danger approaching from behind.

Winifred had never been one to mistrust people. Living on a motto of “give kindness, receive kindness back”, she went about her daily business without worries.
Even as she noticed tall shadows reflected in the machine’s screen, she wasn’t alarmed. But she should have been. 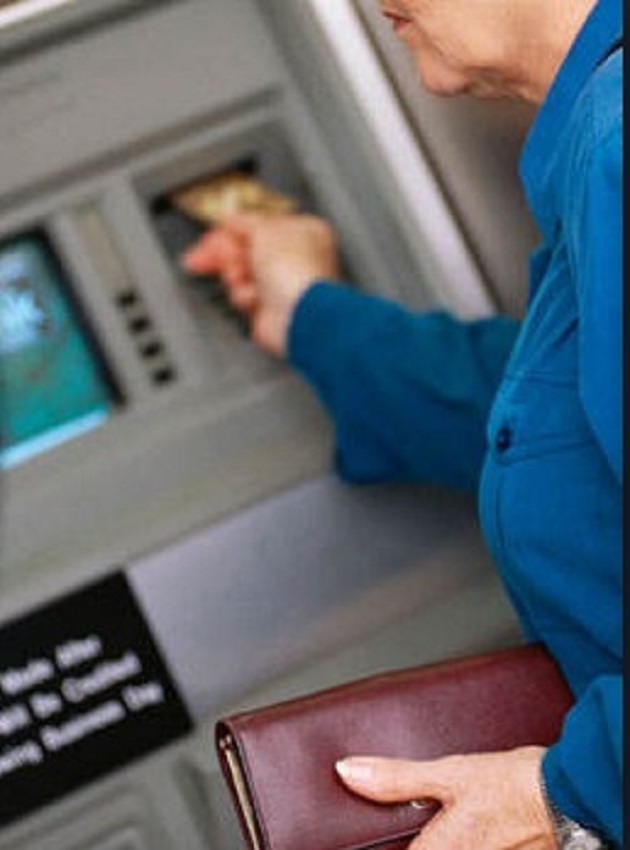 She entered her PIN and hit ‘Continue’. As soon as she heard the beep, her vision blurred, and she felt a force throw her to the ground.
What was going on? And how could this poor old lady defend herself? 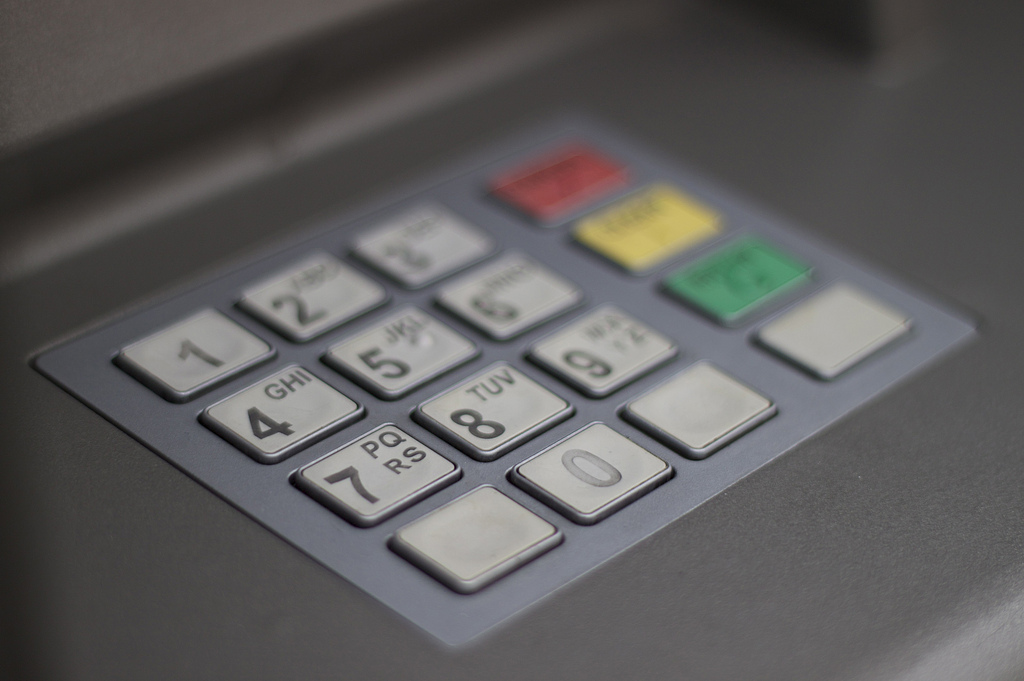 It all happened in a split second, the shuffling feet, and she was suddenly lying on the ground, a sudden gush of pain jolted throughout her body. She felt adrenaline kick in and shook herself off. “You’re not taking my money, young man,” she thought to herself.
And with anger in her veins, she got up an did something unthinkable.


No Time to Think 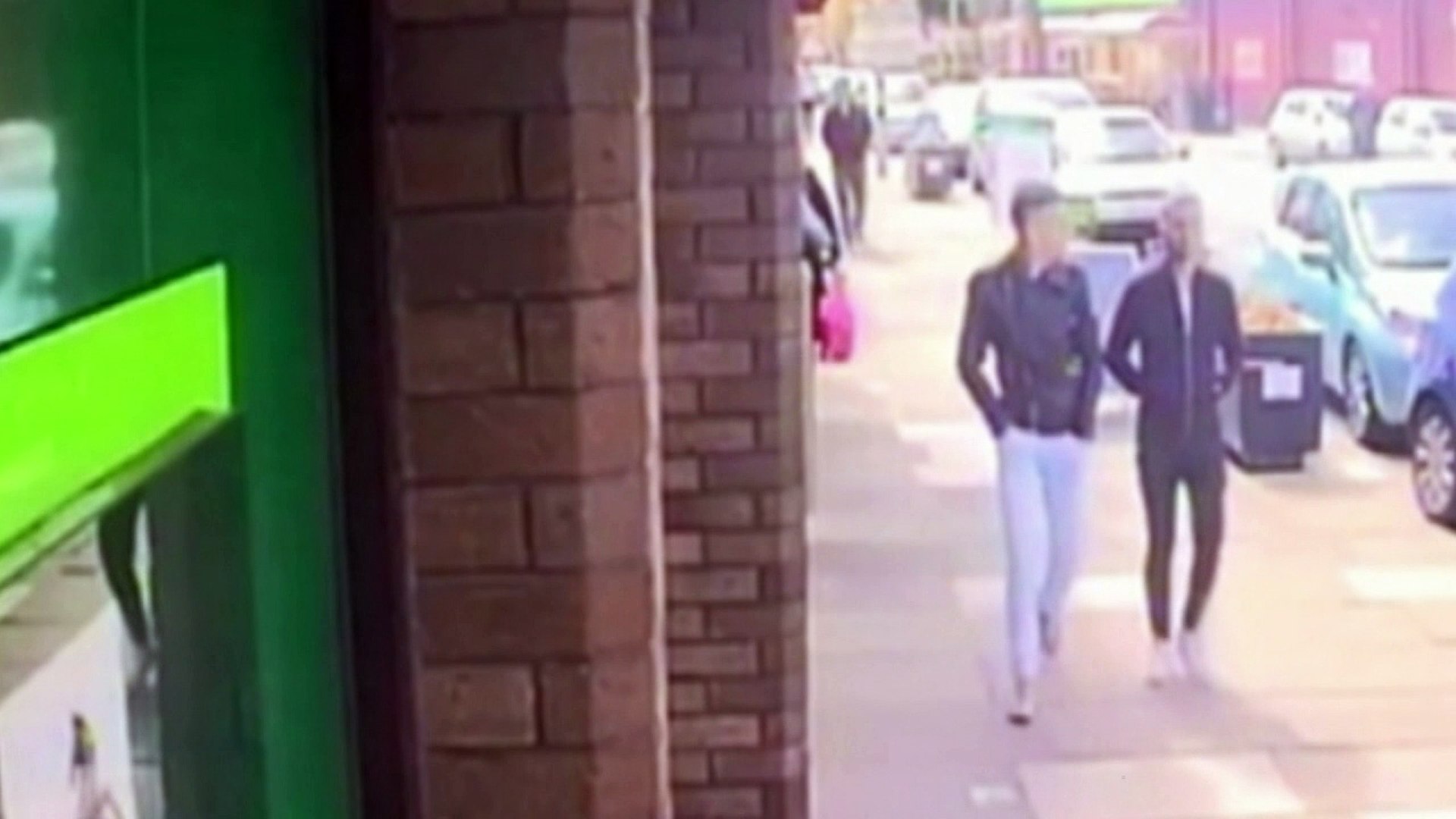 Seething with anger she sprung back to her feet. Before they had the time to react, she was on top of them. It was the same three men who’d been making a scene at the bank earlier.
Clearly, they thought they’d have more luck hassling old ladies. But Winny was a poor choice of target. Lunging at the closest, she grabbed his head and used her full weight to wrestle him against the wall. The seconds seem to have frozen and Winny’s face was unreadable, no fear or anger. In that instant, the thieves flew right at her.
Winny was old but very strong after all. Six pairs of rough hands tried to seize her, but Winny’s right hand shot out and landed on one thief’s face. Panicking, his accomplices wrestled him free then sprinted away down the road.


A Moment of Reflection 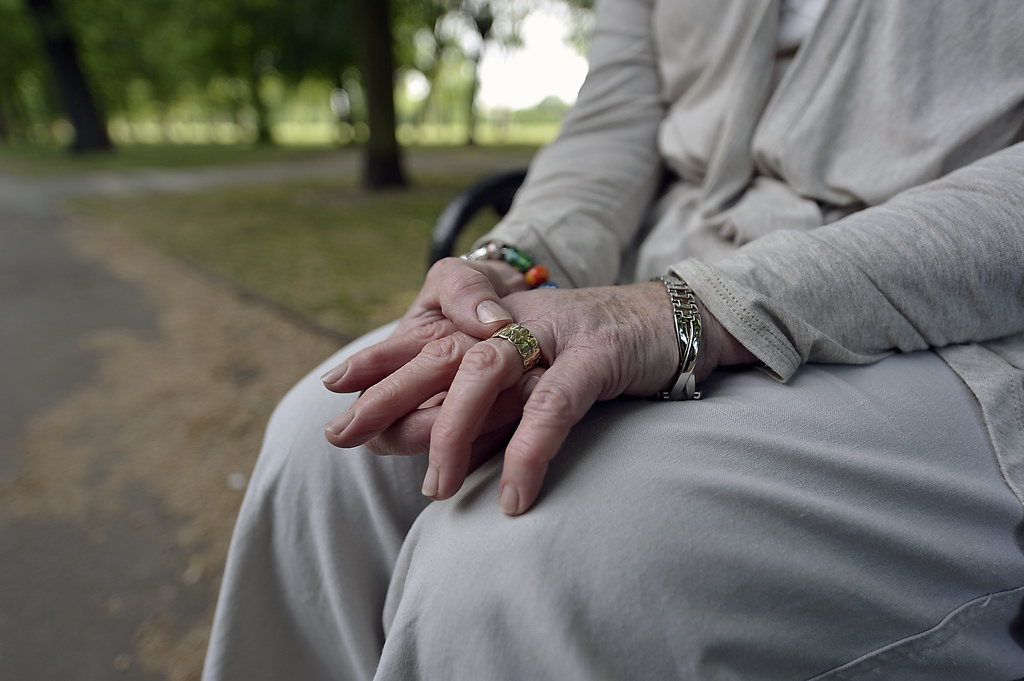 Still full of adrenaline, Winny made to give chase, before the gravity of the situation finally hit her. “It was only afterwards that I realised what I’d done and started shaking,” she said, “what if he’d had a knife? I might not be here today.”
Thinking she’d let them get away, she cursed to herself. But it wasn’t over yet. Hearing the noise, some people nearby turned the corner to see Winifred looking distressed. Running to her aid, she waved them off, instead insisting they catch the assailants.
While one person stayed with her, the other two hurried off around the corner, hoping to catch a glimpse of them before it was too late.


Preying On The Vulnerable 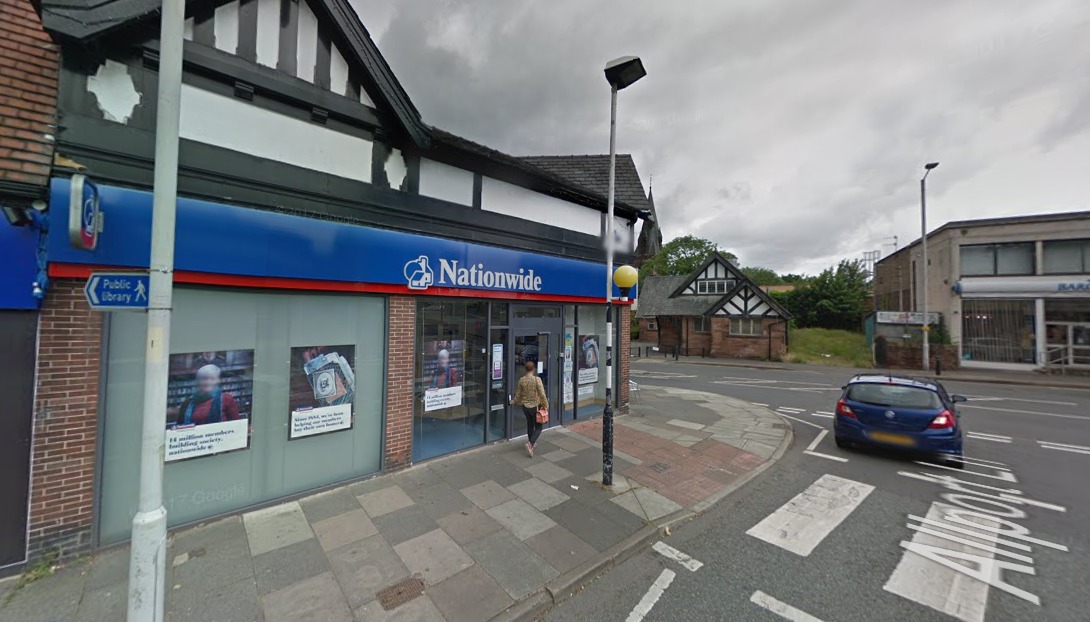 The unlucky trio of teenage criminals – Felix Stoica, 19, Piper Dumitru, 18, and Florin Geblescu, 18 – Were looking for “easy targets” that night, but underestimated Winny’s determination not to be taken advantage of.
They had driven to Bromborough from Manchester in search of vulnerable prey to target. But they got a lot more than they bargained for. The chase was short-lived. The good samaritans had been just a touch too late to see where the attackers had run to but the police weren’t far behind. In her furious counter-attack, Winny had caused a fair amount of damage.
The wall and floor surrounding the cash machine was marked from the attack, with the trail leading off around the corner. For years, Winifred had visited the gym four times a week. As she grew older, her routine had become less intensive, yet her persistence ensured she was still fighting fit. On the day of her attack, her body took the reigns, using every ounce of strength to defend herself.
Unleashing her anger, she had ensured that the would-be thieves would be brought to justice.

It wasn’t long before the police caught the offenders. With a significant wound showing on his head, the man who first pushed Winny to the ground was tracked down, loitering up the road. With no plan of escape, his partners were skulking close by.
Once rounded up, they were soon served the justice they deserved. Looking back, Winifred remains shaken by the incident. Had she been less fit, the attack may have ended up much worse. After their arrest, the young men quickly confessed to their horrid attack. The case was quickly brought to court, where each was sentenced to time in prison.
Speaking about the nature of their crime, the judge derided their shameless actions, accusing them of “casting a shadow” over Winny’s twilight years.
Must Read
Three Indigenous Tribes In The United States Will Get $75 Million For Relocation Due To Climate Change
A New Supercomputer Simulation Animates An Incredibly Accurate Look At Universal Evolution
Genome Studies Manage To Find A New Branch Of Fungal Evolution