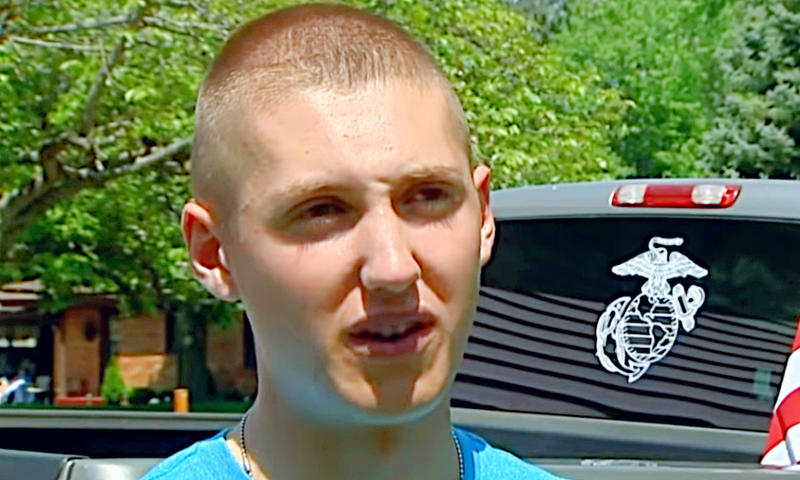 He sat there, his mother on his left side and his girlfriend on his right. They were both proud of him, this was supposed to be a great day for him. Jacob was so proud, but when his name was called, the principal stopped dead.

He stared at Jacob for a moment and then carried on with the list. Once they found out why Jacob was picked out from his graduation, there was plenty that people had to say. 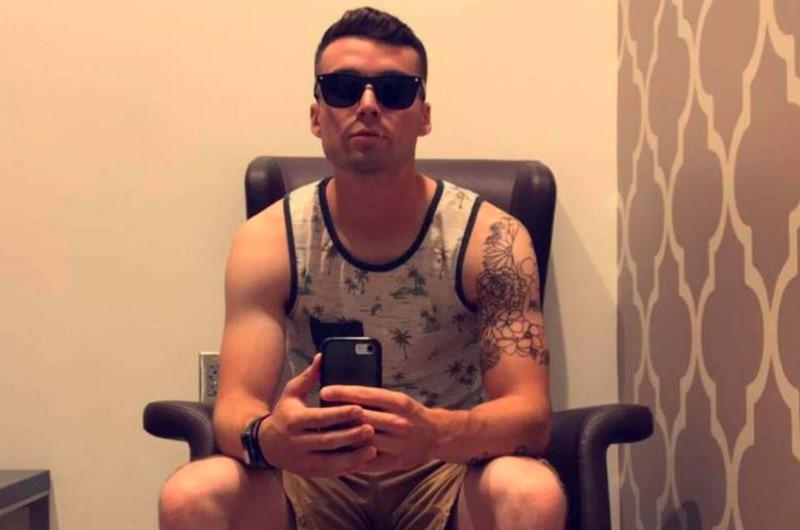 There was a student attending Crown Point High School in Crown Point, Indiana. His name was Jacob Dalton Stanley and he had dreams of serving his country ever since he could walk. He wanted to be a sergeant.

At ten he was so sure that this was going to be his dream. He wanted to follow in his father’s footsteps but no one took him seriously at such a young age. 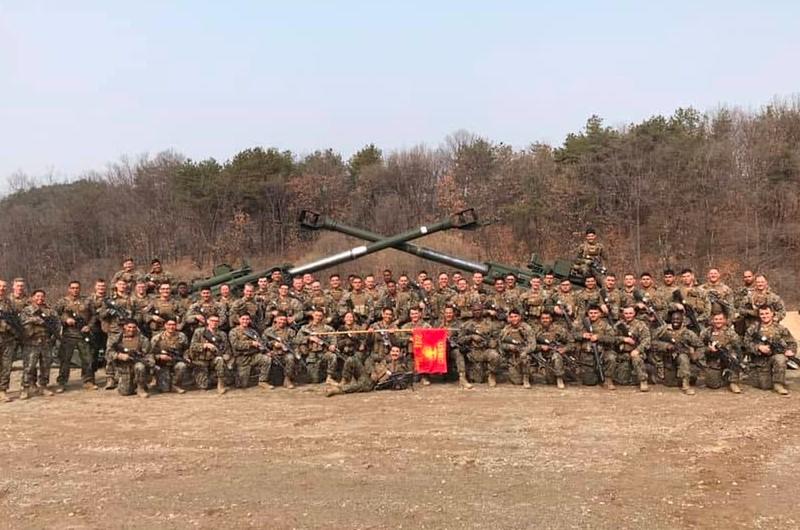 Jacob was careful not to mess things up, so he studied hard and made sure to finish high school before he could start his big dreams.

He went through his studies and directly after graduating he applied to be a Marine. He did the boot camp that was necessary and managed to get back to Indiana so he could attend his graduation day. But he had no idea how it would play out. Both Jacob’s girlfriend, Shannon, and his mother, Kathy, were beaming with pride as they saw him walk up the steps to the house again.

He was wearing his Marine Corps uniform, his mother nearly cried at the sight. She knew her son had it in him. He was also about to graduate, she couldn’t have been happier. 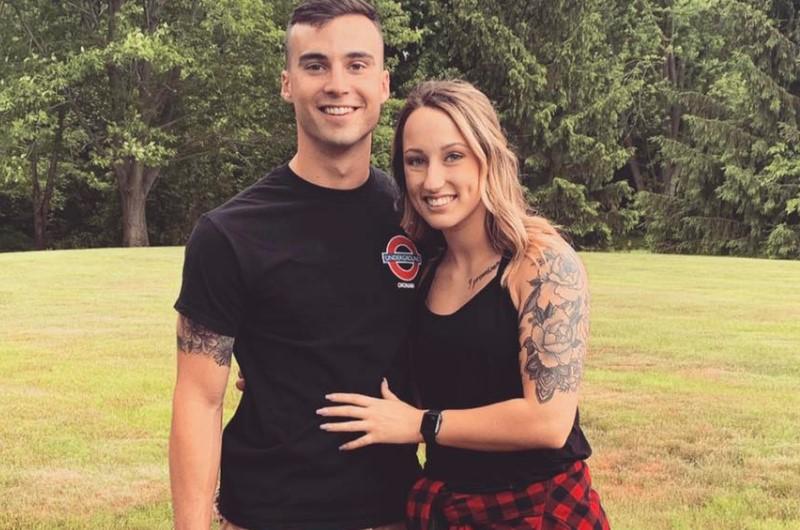 The three made their way to the graduation ceremony at the high school. They were so happy at what Jacob had achieved. All of the hard work was working in his favor.

Jacob was just as ecstatic as his mother and girlfriend. He was going to beam with pride when he received his diploma in front of his friends and family. He felt like he had worked hard in school for so long that he’d earned it. 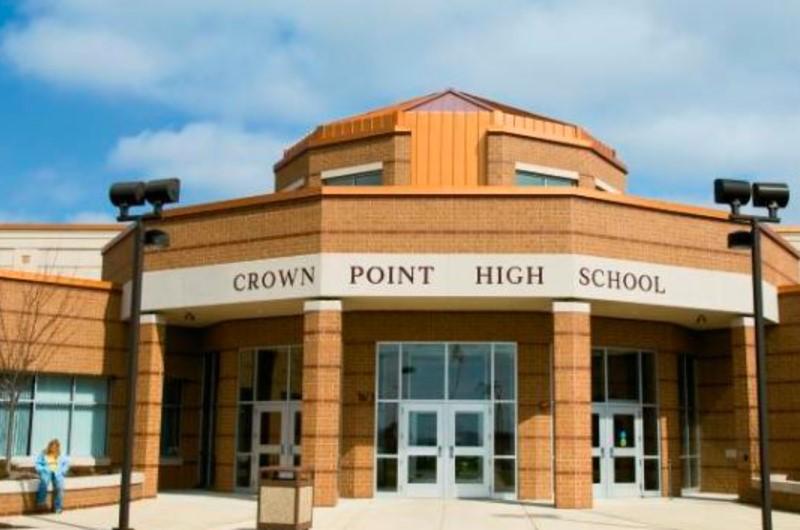 All of Jacob’s friends and teachers smiled at him, they were happy to see him again and some of them were even giving him a salute. The air was electric with excitement from all of the students.

What would turn the excitement into surprise was what Jacob had decided to wear. For some reason, it seemed to push things in a different direction. 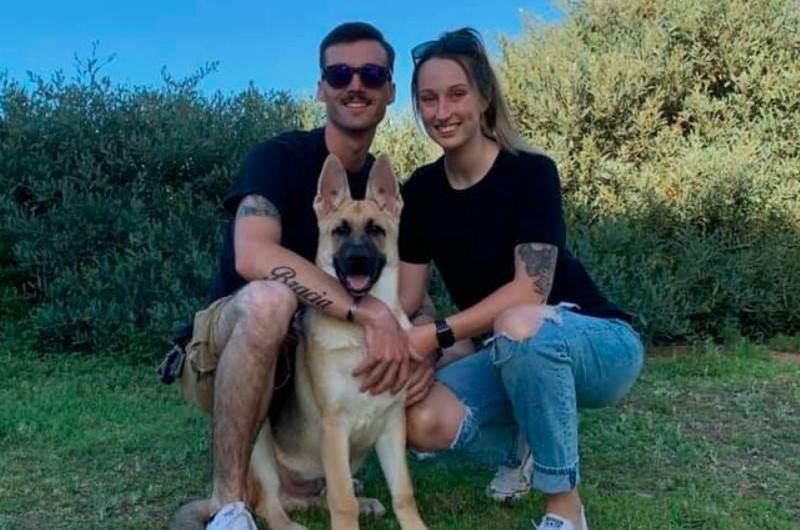 Principal Chip Pettit was the head of Crown Point High School. He walked on stage and picked up the microphone. He looked down at his scrawled notes and started the opening lines of his speech.

After a small speech, he started calling out the names of the graduates in alphabetical order. But soon everyone would hear it and they’d all be in shock. 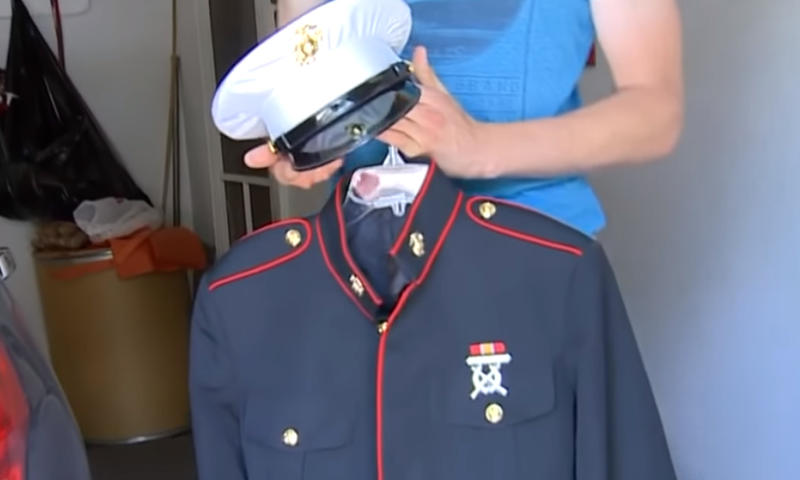 The principal finally reached the S’s. The anticipation was killing Jacob, he couldn’t wait. Kathy looked over at Jacob and smiled. He had even written an acceptance speech that he had practiced until the words were pretty much memorized.

His name was next, he sprung up, hardly waiting for it to be called. But then there was a pause. 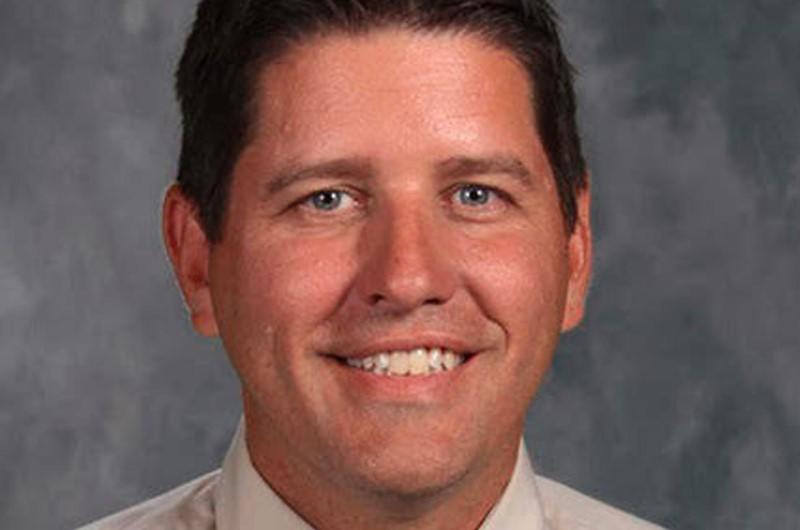 The principal’s eyes locked with Jacobs, he grew a smirk on his face and then looked back at his list. He then read the name after Jacob’s. This was an outrage, he had skipped his name on purpose.

Jacob couldn’t believe it. Why would he do something like this? Maybe his name wasn’t on the list? Some kind of mixup? He didn’t understand. 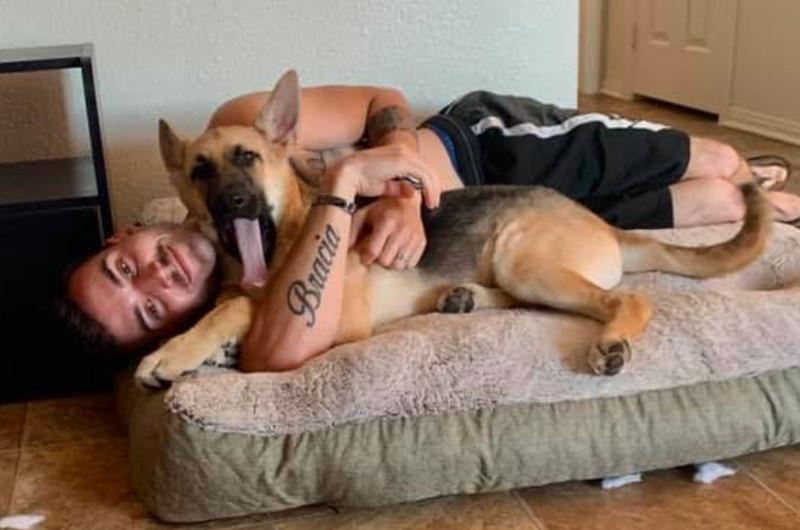 Jacob hung his head. He thought back to how he had defied the principal that very same day. But he thought he’d be professional about it and wouldn’t try to humiliate him as revenge.

He felt that he was perfectly reasonable. He had stood up for what he thought was right. It was just that the principal didn’t see it his way. Why was his clothing such a problem? He felt it wasn’t fair. 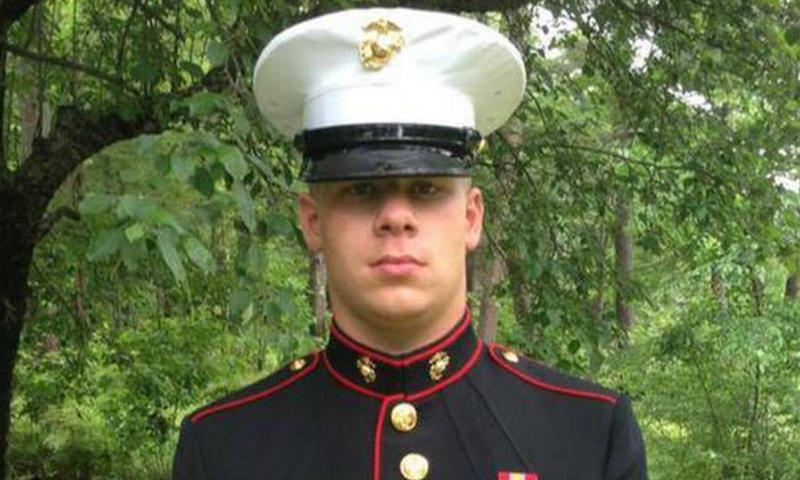 After putting his life on the line to serve his country, this was how he was treated?

And what infuriated Kathy the most was that she looked around and noticed that there were other students who were violating the graduation dress code, too. And yet, their names had still been called. Did Mr. Pettit have a problem with her son? Jacob had shown up to the ceremony wearing his full dress blue Marine Corps uniform. But, to be fair, there was nothing in the Crown Point Community School Corp. bylaws that addressed whether U.S. military uniforms could be worn at graduation. Everyone was outraged. But nobody expected Jacob’s story to reach such high places. The situation was “absolutely ridiculous,” said Leann Tustison, a peer of Jacob’s. “He’s in the military putting his life on the line for us. It’s unacceptable that he was not allowed to walk across the stage.”

“The students were outraged,” she added. “There were some students who were going to walk in solidarity with Jake.” And the backlash didn’t stop there. Christal Hernandez, who heard about the story, took to Facebook: “It amazes me that all through life, people are always telling you to be proud that you’re different, celebrate your uniqueness, yet at one of the most memorable events in your life, an administrator makes the decision to completely destroy your accomplishments,” she wrote.

“SHAME ON YOU CPHS & CHIP PETTIT!” But Mr. Pettit had more than the ire of the community to contend with. Soon, the House Education Committee had heard the story, too. 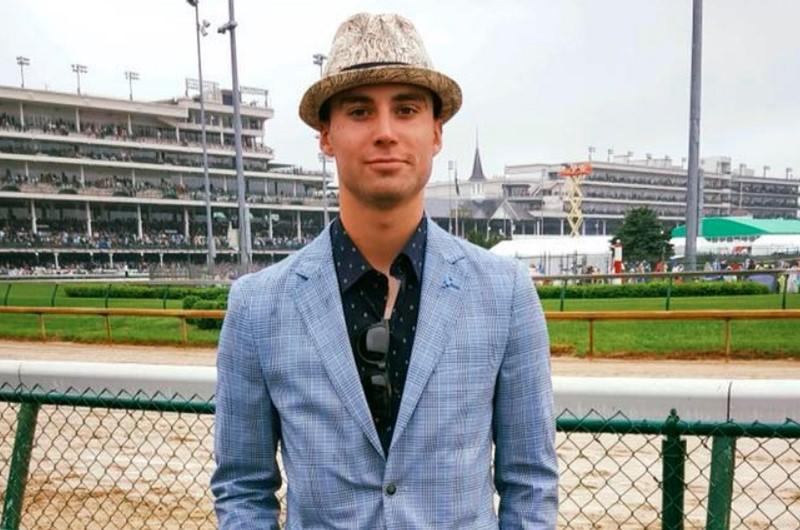 “I sent Mr. Pettit a letter today,” one angry Facebook user wrote. “I know of people who are pulling all financial support of CPHS and their programs over this. If that were my son, I would have escorted him across the stage.”

But what did Mr. Pettit have to say? Well, according to him, Jacob had been warned. When Jacob participated in his Crown Point High School senior class graduation rehearsal earlier that day, Mr. Pettit had informed him that he wouldn’t be allowed to wear his uniform to the ceremony.

And, to Jacob’s shock, the principal was true to his word. So, when he arrived at his graduation ceremony in his uniform, his name was struck off the program. But, in the wake of an unbelievable amount of backlash, does Mr. Pettit regret it? Although Mr. Pettit has received a ton of hate online, he insists that he was only enforcing school policy and stands by what he did. He argued that Jacob could have instead worn a military stole or cord over a gown and been recognized during the graduation ceremony.

“This tradition is not intended to be disrespectful to students, parents, or our community, but as a source of pride for our students,” Mr. Pettit told NBC Chicago. But no amount of defense would make him less of a hypocrite in the public’s eyes… To add insult to injury, another school in the Crown Point area called Hobart High School had a similar situation that had also been widely publicized — but for a very different reason.

A graduate named Ana Kritikos had also enlisted in the Marine Corps and, like Jacob, she had graduated early so she could enlist. And she was permitted to wear her military uniform during commencement ceremonies. When Ana returned for her graduation ceremony, she expressed her desire to wear her military uniform to the high school administrators. And, in sharp contrast to Jacob’s story, she said that she received their full support.

“They have been absolutely amazing. It is OK with the Marines for us to wear our uniforms at high school graduation,” Ana said. “I know the School Board, the principal, and superintendent talked about it and were in agreement that I could wear my Marine uniform.” So, couldn’t Principal Pettit have held his tongue and done the same? 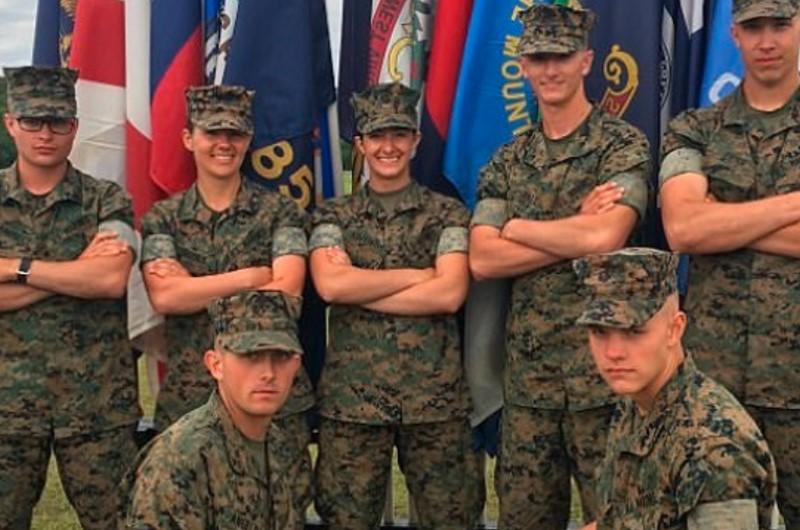 Unlike Crown Point and their now wildly unpopular principal, Peggy Buffington, Hobart High School Superintendent, said that her school tries to go out of its way to recognize military graduates.

“We recognize audience members and future military in our graduates by having them stand. It is always a very special and patriotic moment where the audience roars with applause,” Peggy revealed. “This year was especially nice because Ana Kritikos graduated midterm and landed just in time for the graduation ceremony.”

Proud Of Her Accomplishments “We did recognize her and the achievements she has made in the Marines, already,” Peggy continued. “She is a Private 1st Class Military Occupation Specialist. She is currently serving in Virginia in their specialist class involved with intelligence and started her training in January. We are extremely proud of her accomplishments.”

However, according to a US Marine Corps spokesman, the military does not get involved with graduation dress codes. “The Marine Corps does not dictate what specific high schoolers can or cannot graduate in,” Marine Corps Major Clark Carpenter stated. “That decision is up to school leadership.” But it may not be up to the school leaders for long.

State Rep. Mike Aylesworth was appalled when he read about Jacob being barred from his own graduation. And he agreed with all the backlash the school was receiving. He even added some of his own.

“What happened I found not appropriate,” Mike, a Vietnam-era veteran, said. “I just think people who are willing to put themselves in harm’s way should have the option to wear a uniform at graduation.” And his comment won more than just support. State Rep. Mike Aylesworth won committee approval for a bill mandating that school districts allow students already serving in the military to wear their dress uniform instead of the traditional graduation apparel.

Do The Right Thing “We should be encouraging young people who want to put their life on the line for our country to go through graduation and walk up on the stage in their uniform,” Mike added. Wheeler Stanley, Jacob’s father, refused to comment on the incident at the school, but he did say that he would support legislation to enforce a uniform standard across the state. “I would support it wholeheartedly,” he said. But what does Jacob say?

“I don’t want the social media controversy that is drawing attention away from the Class of 2017,” he said in an interview. “I also do not want to make any additional statements and wish to put this all behind me so I can start my career in the Marine Corps.”