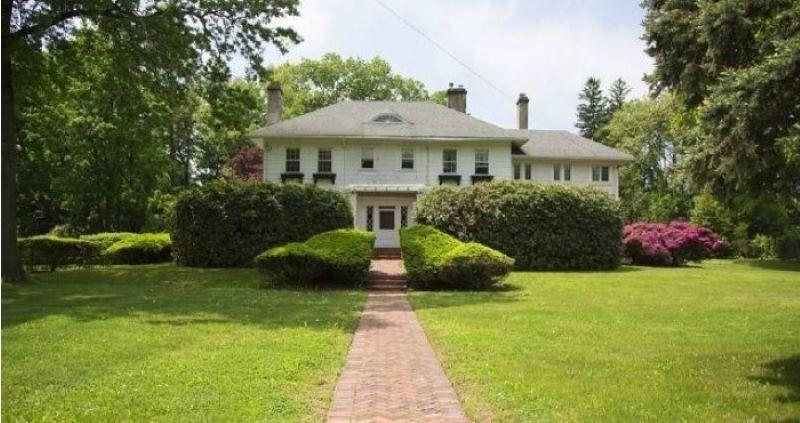 There aren’t a lot of people who’ll ever know what it’s like to own their very own mansion. But still, we can dream of having a theater in the basement and an Olympic sized swimming pool in our garden.

Now that we’ve gotten you to think about that life, what if we told you that there’s a mansion on the market right now that you could definitely afford? It’s in New Jersey and has seen its fair share of things being 111-years-old. There is a catch of course. 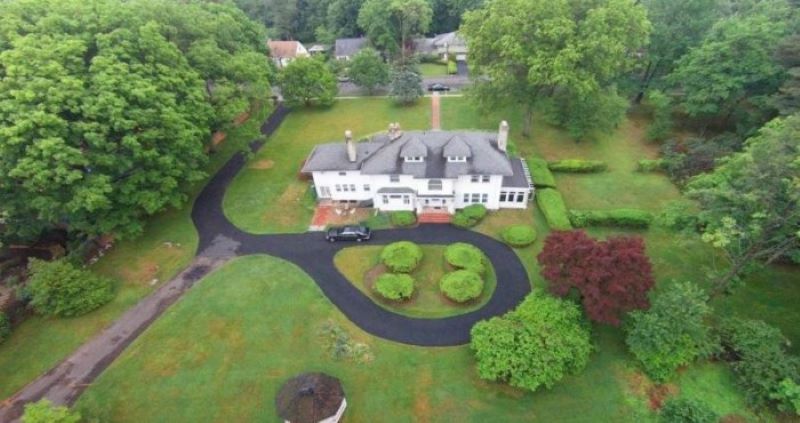 The average price of housing in New York is $342,000 according to Zillow listings. That’s just too expensive for a lot of people living in new york.

So now just think about that $10 mansion, can you imagine the turn up at the open house? Well, the house has actually been listed for a long time and yet, no one has bought it. You’ll never guess the reason behind it. 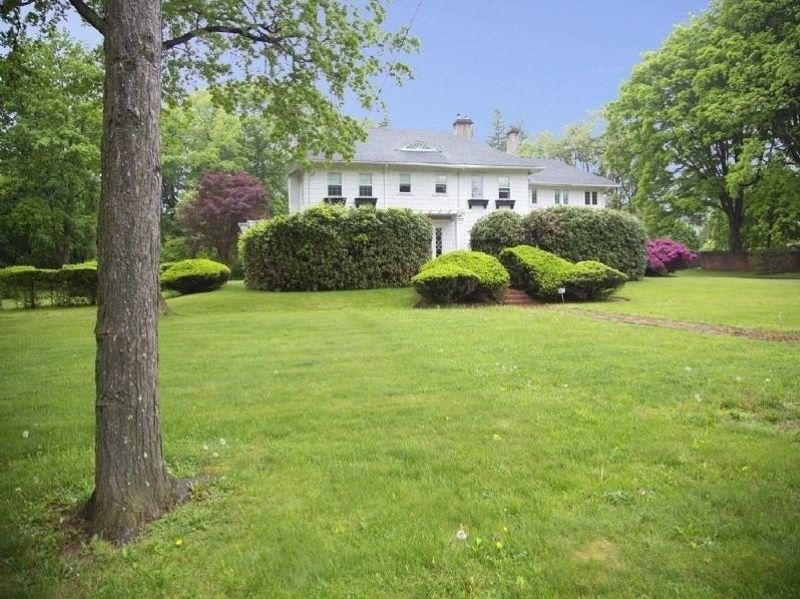 Even the area surrounding the mansion is a wonderful place. Being in Montclair, New Jersey, this area is ideal for a family. There are schools, shops, restaurants, and more!

Even the road is trying to get you to buy the house! The road the house is on is called Pleasant Avenue, who wouldn’t be tempted just off of that? The actual property has lush plants and beautiful green grass in the summertime.

Suburban Life Right By The City

If the Big Apple just isn’t perfect for living in then this mansion is perfect for you. The town it’s in only has 37,669 people living in it and if you still need to get to Manhattan is a mere 45 minutes away.

Those are only a few of the pros, so just why has no one put in an offer yet? With this mansion being seemingly perfect there is one condition on buying this house, and it was too much for most people.

History Behind The Mansion 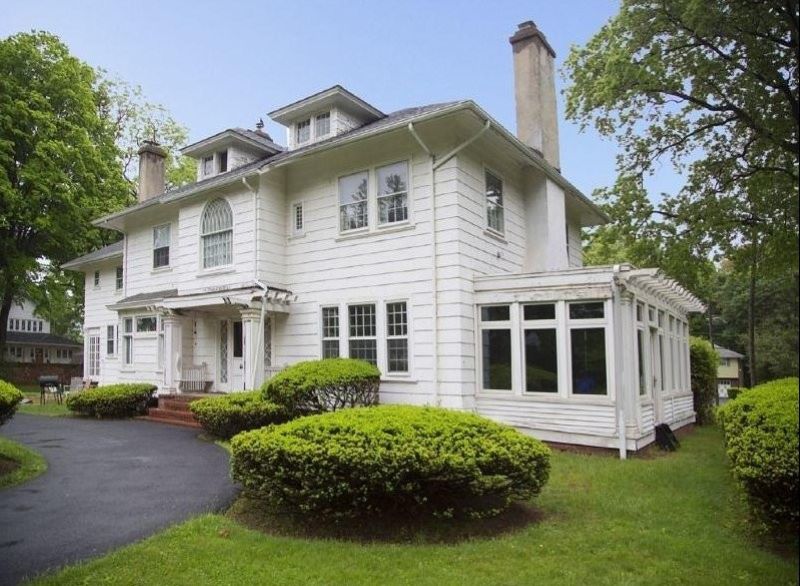 Architect Dudley S. Van Antwerp built designed and built the mansion in 1906. This was only 6 years after he started his own practice but went on to design and build famous buildings like the Yacht Club on Long Island and the Montclair Wachtung Avenue Congregational Church.

The mansion has so much history and memory inside its walls. With this in mind, why would the mansion be listed for the small sum of 1o dollars?

There’s More To The House Than Its Outside 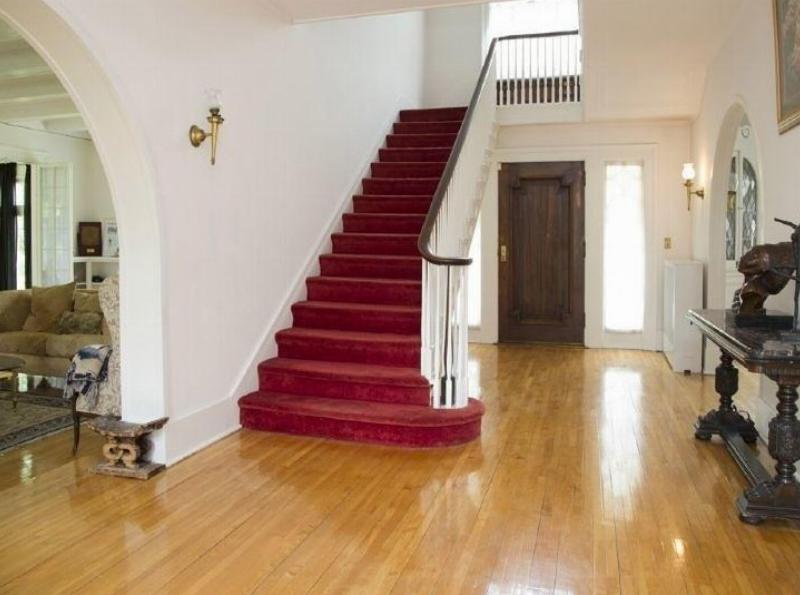 The mansion lives up to the name by having 4,000 square feet of room inside its wall including space for a huge family like six bedrooms and three and a half bathrooms. There’s even more when it comes to amenities. Who would ever need more space?

If you purchased the property just imagine what you could do to all the spare rooms in the house! We recommend a library to go with your silk gown and pipe. 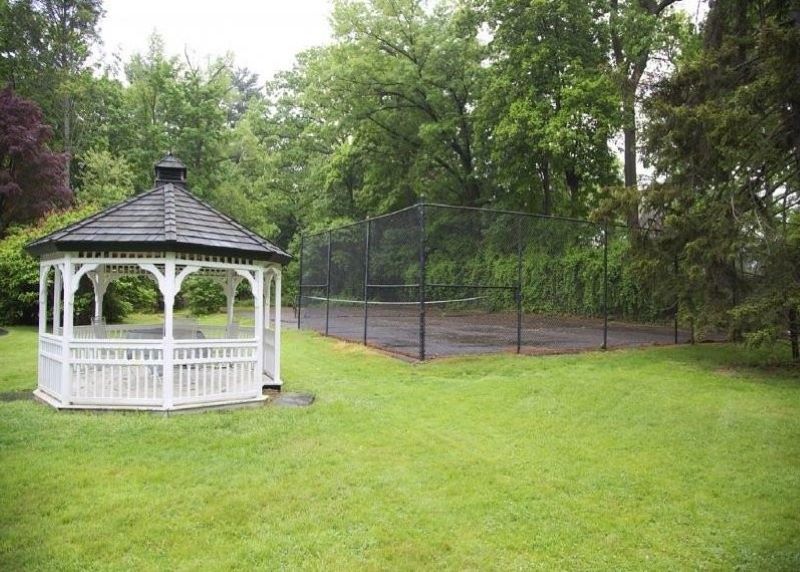 Did we mention amenities? Ah yes, your back garden would be two-and-a-half acres! You could build, host, or do pretty much anything you can think of here! If you’re crazy enough we’re pretty sure you could fit a ferris wheel somewhere.

There’s already a gazebo and a tennis court on the property. Oh, and let’s not forget the old carriage house that could be revamped into something of a game room or outdoor theater.

What The House Actually Costs 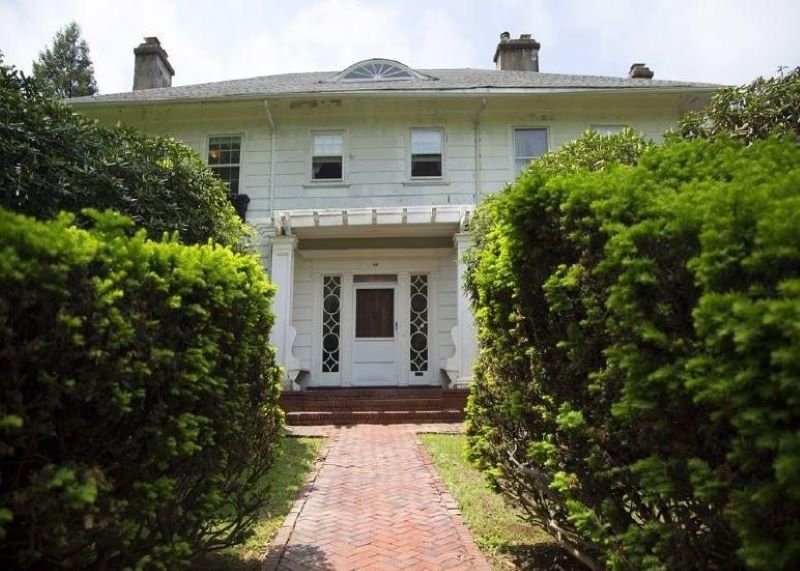 So now that you’ve heard every single positive thing about this mansion, it doesn’t take a genius to understand that $10 is a little bit of an undervaluation. $10 isn’t even a fancy meal with a large family, so what gives?

The mansion is actually valued at around $1.35 million. Yikes! That’s a tidy sum that almost no one can actually afford. But it’s fair if you look at what you’re actually getting. 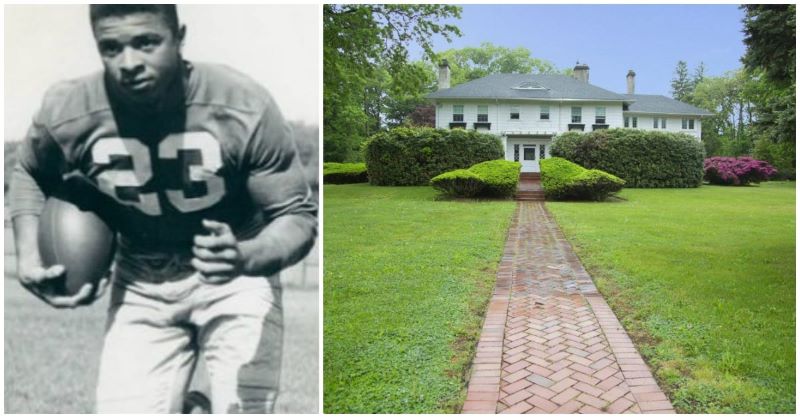 You already know about the renowned architect that built the house. But there’s another person of fame tied to this mansion. It’s none other than the former caption of the Notre Dame football team, Aubrey Lewis. He was an amazing football player in his time and has even had his old high school name their field house after him.

But even though he was destined for greatness, Aubrey would never see it through. He didn’t go down the path of a professional player and instead decided to do something else.

He Had Many Firsts 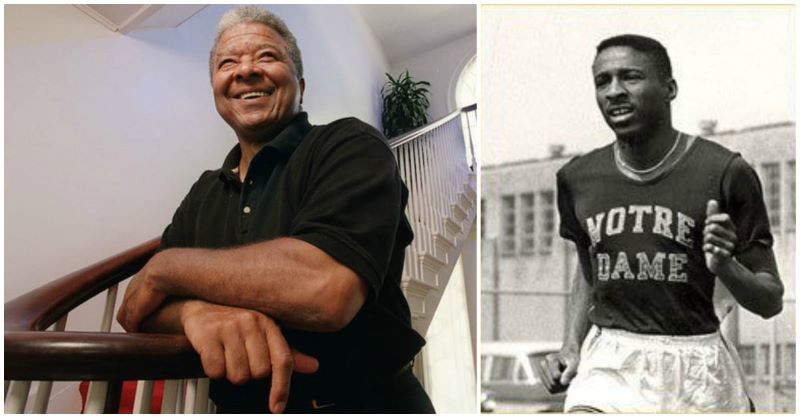 When it comes to firsts Aubrey Lewis was no stranger to them. He was the first African-American Captain for any football team and afterward went on to be in the first training class of African-Americans for the FBI.

When his career was done he came back to Montclair, he said that it was his real home and even settled here. In 2001, unfortunately, he passed away from heart complications. The BNE Real Estate Group bought the property soon after he died and planned on adding more houses on the property. But something stopped them. 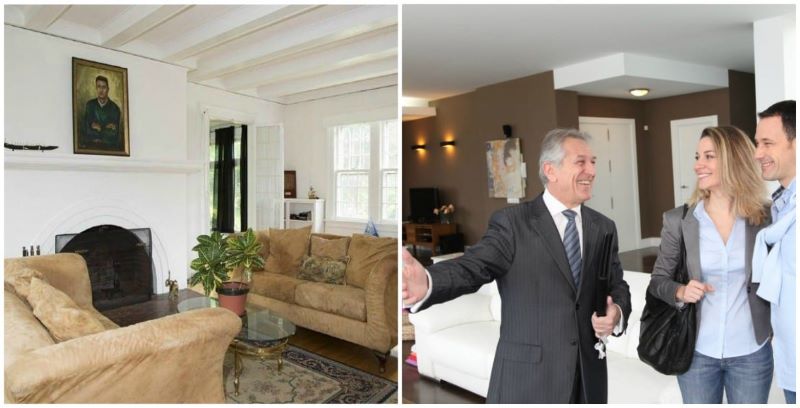 After the real estate group bought the property they agreed to keep the mansion completely intact because of its heritage. Because of this, they couldn’t build the houses that they wanted to. They had to come up with a new plan.

They figured out another way of doing things. They put the property up for only $10 in the hopes that someone would buy it, knowing full well what the consequences would be. 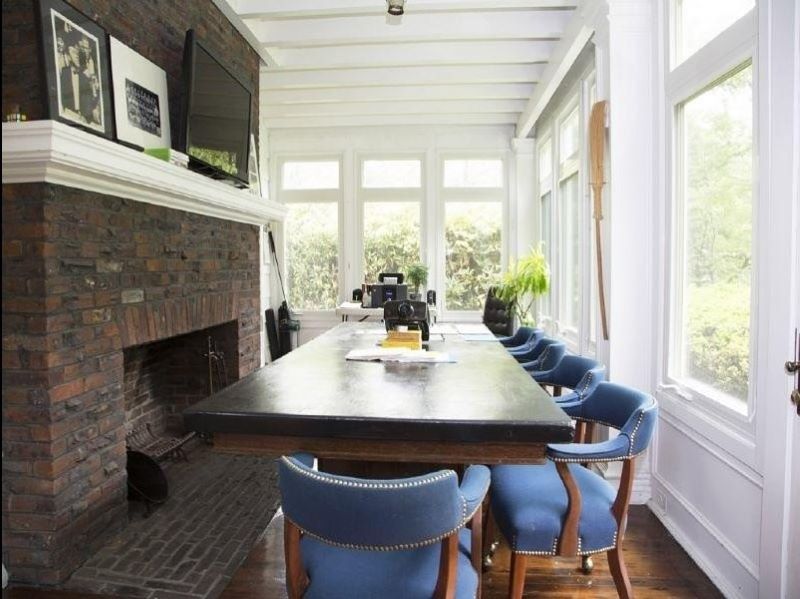 So how bad could the deal be that people would turn up a $10 mansion? The problem with the property is that the mansion can’t stay where it is in Montclair.

So if someone buys the property they’ll be responsible for moving the house somewhere else. That’s a huge cost! This is why everyone who’s been interested has turned and ran.

Unfortunately, The Potential Buyer Won’t Have a Choice Carmen Warren of Montclair says it best, “Where are they going to put it? Why would I want to buy such a big monstrosity of a house and don’t know where to put it? That’s a lot of house to move.” We couldn’t agree more!

What happens if the mansion doesn’t sell?

Moving The House Isn’t The Only Stipulation Whoever purchases the mansion is going to be responsible for not only moving the residence within a quarter-mile of its current location, but they must pay for all of the costs that come with buying a new home.

The buyer is also going to be required to go through all of the necessary renovations before lifting the mansion, which all needs to be paid out of pocket. That’s going to get real expensive, real fast.

A Few Hundred Thousand Should Do The Trick Due to the old age of the mansion, the seller is offering $10,000 to help with any renovations that need to be made throughout the property. That’s a generous offer, at first glance, but when you think about all of the necessary repairs on top of the relocation the cost is going to be astronomical.

The total effort is estimated to cost around $200,000, which is still less than what the mansion is worth, but it’s still a great deal of money.

The Other Costs Are Non-Negotiable Not including the moving cost, the buyer will have to do lead paint and asbestos checks. Considering the age of the mansion, it is a very real concern.

Laurena White, a real estate agent for Prominent Properties Sotheby’s International Realty, said, “In addition to moving it, the cost of any kind of repairs and renovation required that it be done to historic guidelines. That tends to be expensive.” Whoever buys this home has got to be the world’s biggest history buff!

How Does One Move A House? Very Carefully Pretending there was no price involved and no renovations had to be made, how on earth do you even start moving a house of this size? There are definitely going to be some mailbox casualties, not to mention tree branches are going to be falling down left and right.

As odd as it sounds, picking up and moving an entire house is not exactly unheard of, and in some cases can be financially beneficial to the homeowners.

Relocating A Home Is Not Unheard Of In 2007, Julie and Randy Olson of Brook Park, Minnesota uprooted their entire home after the value suddenly plummeted and they couldn’t secure a loan to build a new one.

Luckily, one of their friends was selling their home for $1 (and we thought $10 was cheap!) to help a future wildlife reserve. The Olsons bought the property and had their Brook Park home moved for $22,000 — a fraction of what the property is worth.

Relocating A House Could Be Financially Beneficial If the Olsons’ story is any indication, relocating a house is possible and can be financially beneficial if you go about it in a smart way. In some cases, it actually might be a sensible thing to do!

Not to mention that once it is relocated, you’re not going to have to worry about those costs ever again. Maybe a fix here and there, but nothing like the initial cost of renovations and uprooting an entire home.

All Of This Could Be Yours! Big picture: a beautiful home, great suburban location, a nice story to tell friends at any gathering, and a whole lot of room to entertain! All you need to do is skip buying a movie ticket every week!

Unfortunately, you can go to that movie.