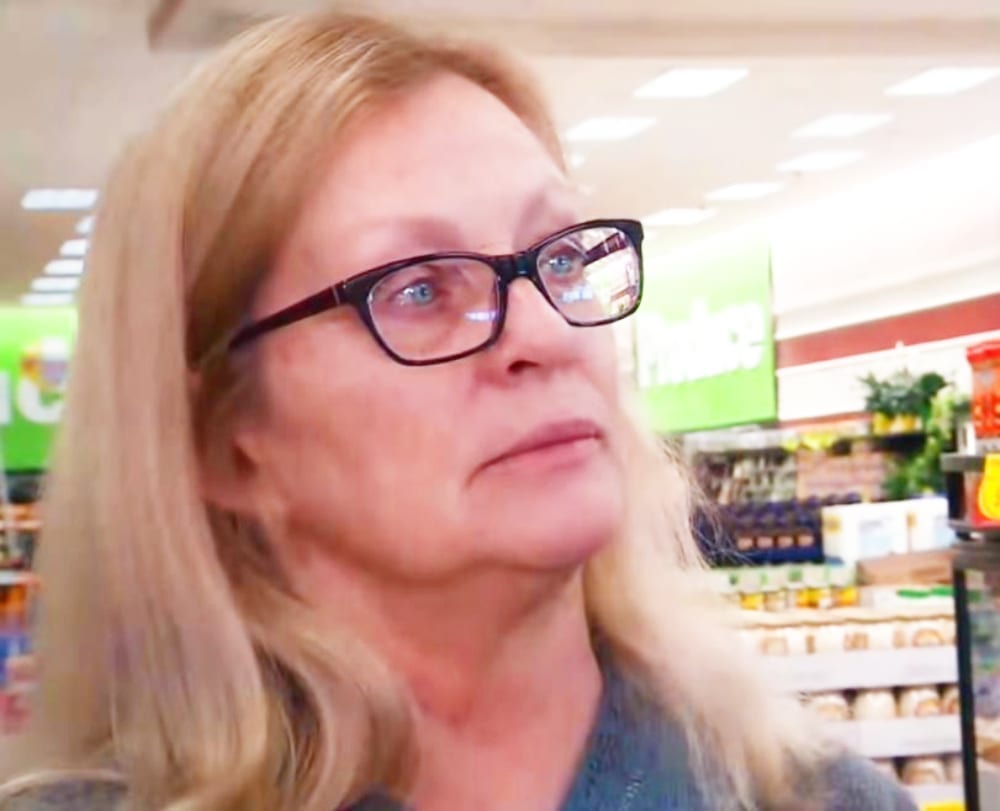 The old man’s face blushed red with embarrassment. All these new checkout systems confused him and he felt terrible about holding up the line.

But he never expected the supermarket cashier to react like this. 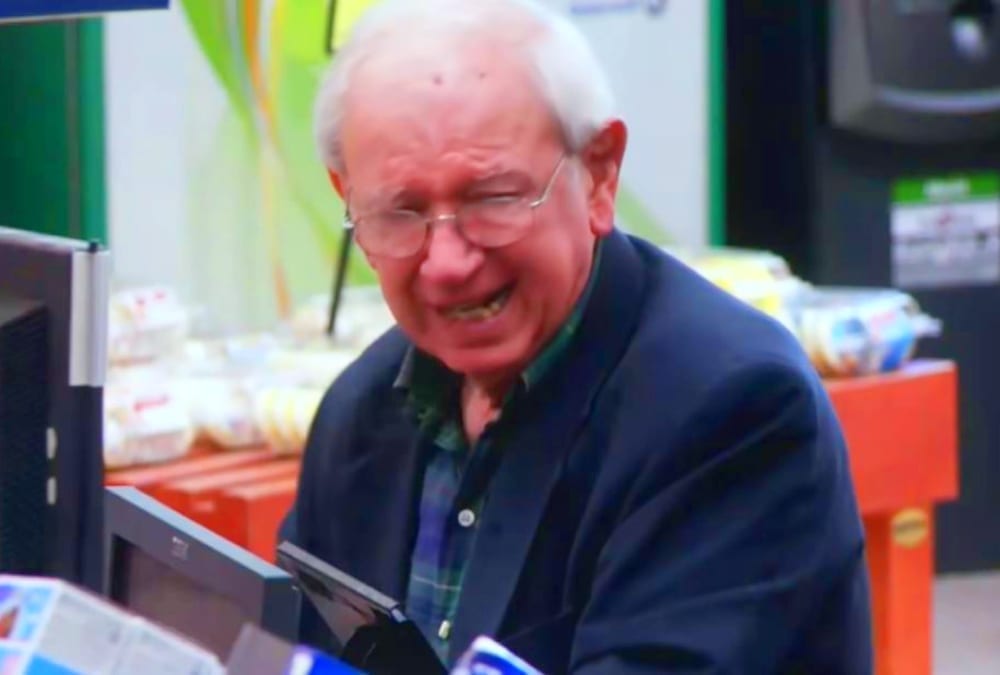 Tim McKellar – an elderly war veteran – was doing his weekly shop at the Dollar General Store when it came time to check out.

Usually, Mr McKellar paid in cash. He never felt safe using his bank card and if he was being honest, the new technology scared him a little. But when he looked in his wallet, he suddenly realized he’d left all his cash at home. 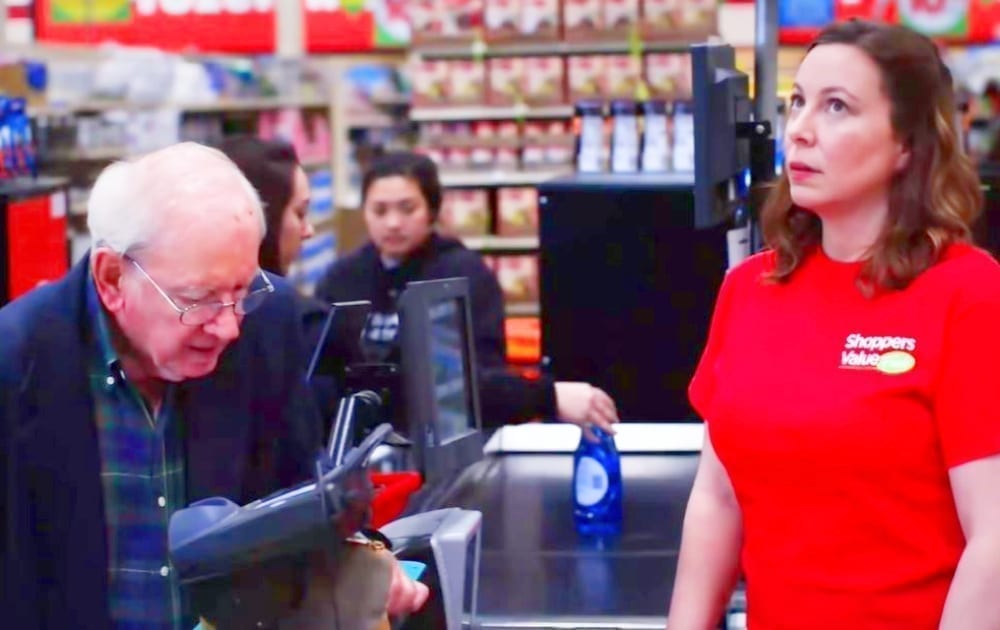 This was very unlike Mr McKellar. Before he leaves the house, he always makes sure he has his wallet, cash, keys and mobile phone in case of emergencies.

But with this particular day being the anniversary of his wife’s death, the old man had set off for the grocery store in a bit of a fluster. And now the cashier was staring right at him, waiting for him to pay. 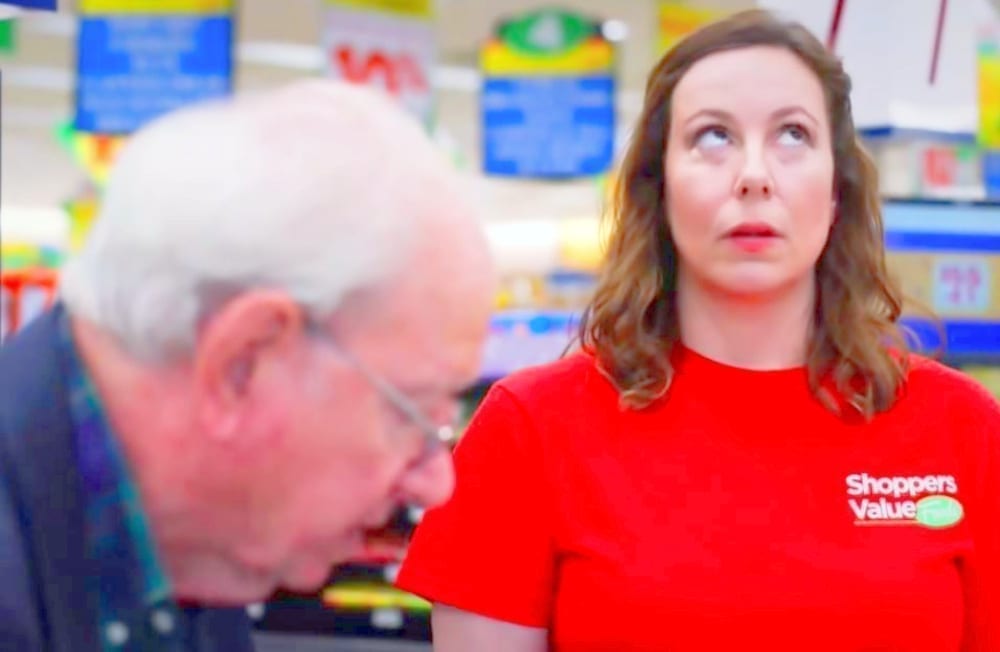 With no choice but to use his bank card, Mr McKellar reached into his wallet and handed the cashier the card. “Ahem… You have to touch it to the terminal, sir,” said the cashier impatiently.

“Oh.. right,” replied the old man. He’d never used contactless payment before, so innocently pressed the card up against the keypad. The cashier rolled her eyes, snatched the card from him and scanned the card herself. But now an error message flashed up on the screen. Mr McKellar didn’t understand any of this. 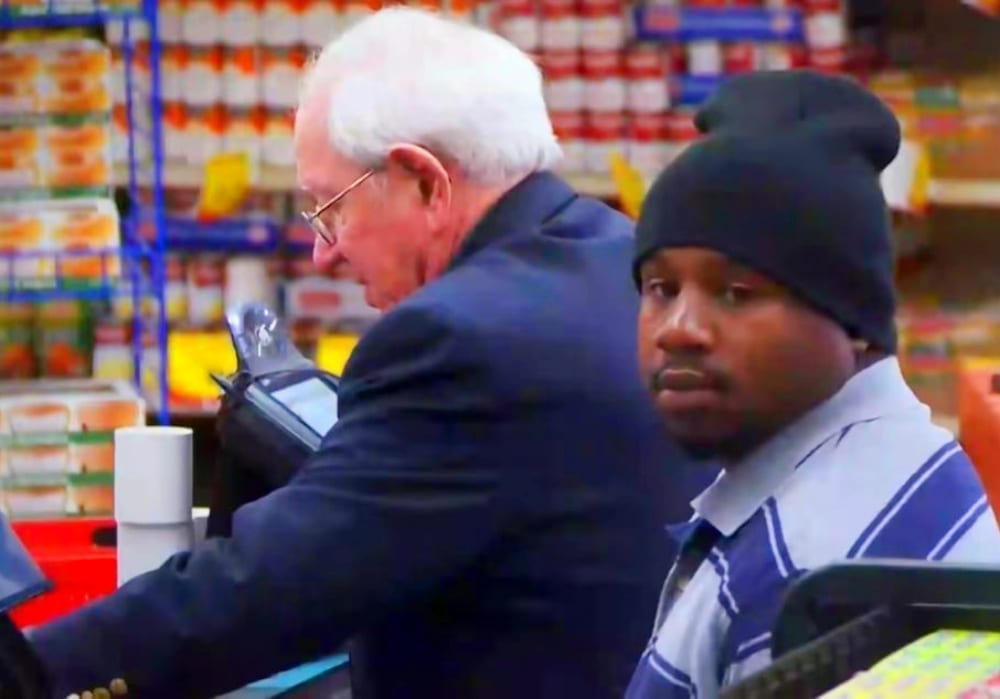 “Maybe… You could try again?” asked Mr McKellar. The line behind him was getting even longer now and the man considered dashing out of the store in embarrassment. But that’s not how he dealt with his problems. And he needed the groceries.

The cashier angrily swiped the card again, but this time something unexpected happened. 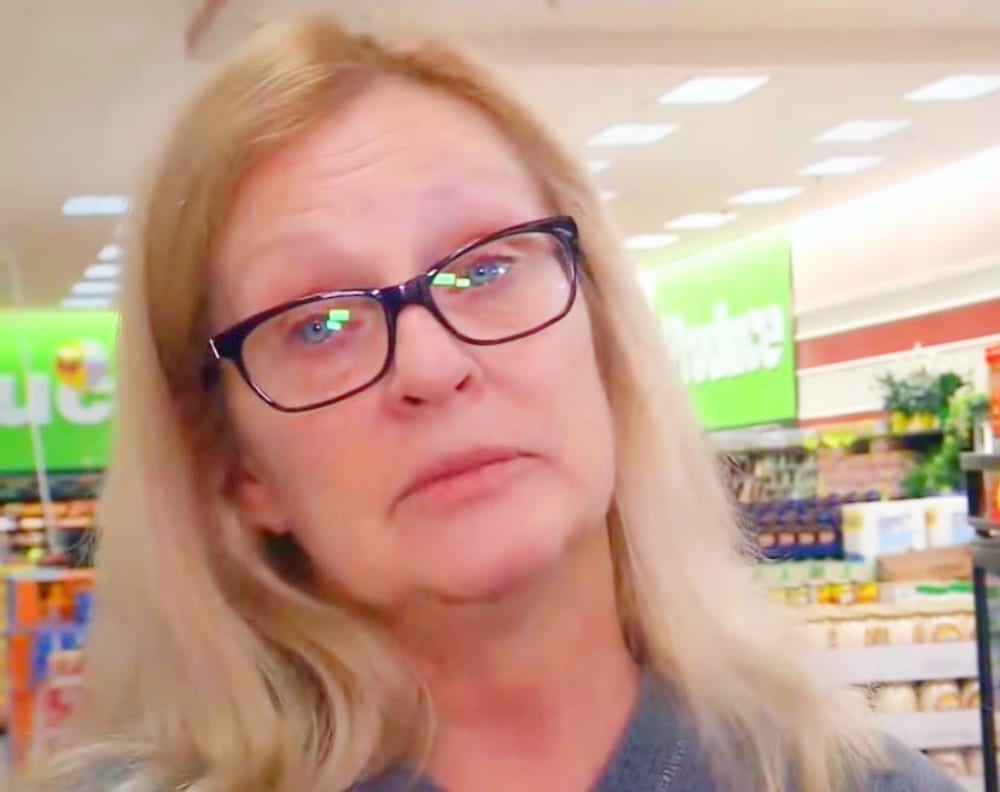 The card was accepted. “It happens,” said the cashier abruptly, not even looking Mr McKellar in the eye. “Type your PIN, please.”

PIN? Mr McKellar had always gone into the bank to withdraw cash, he didn’t know what his PIN was. After all, his wife had dealt with this kind of thing. “Can’t I just sign?” the old man pleaded. Then, one shopper spoke up. 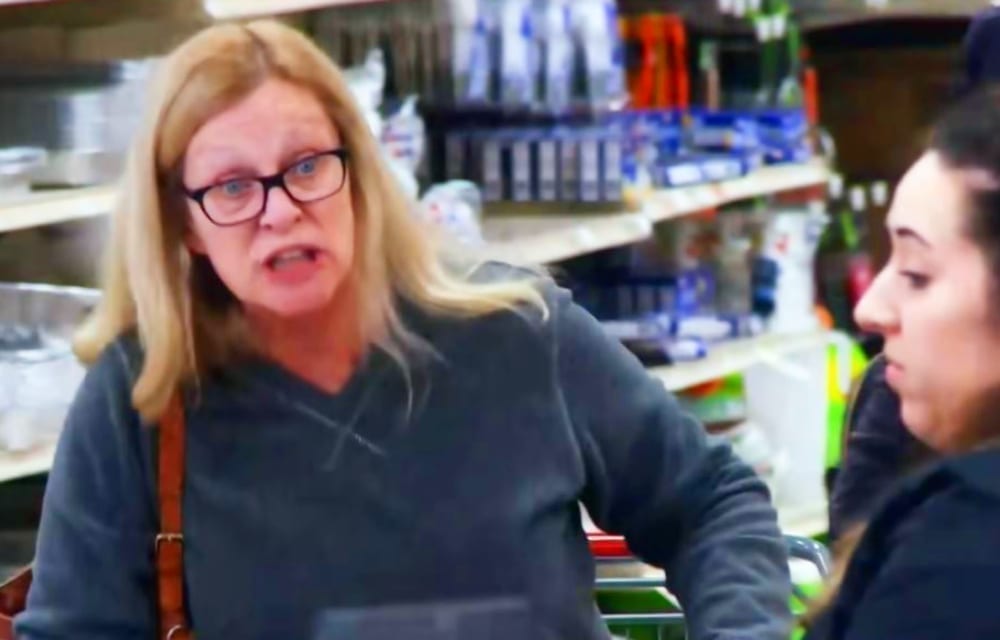 “Can you hurry it up!?” screamed the impatient shopper. “I’ve got to get home for lunch!” Without any cash, PIN, or help from his fellow customers, Mr McKellar thought it was probably best if he just left.

But when the angry woman marched over to him as he stood with the useless card in his hand, he really started to panic. 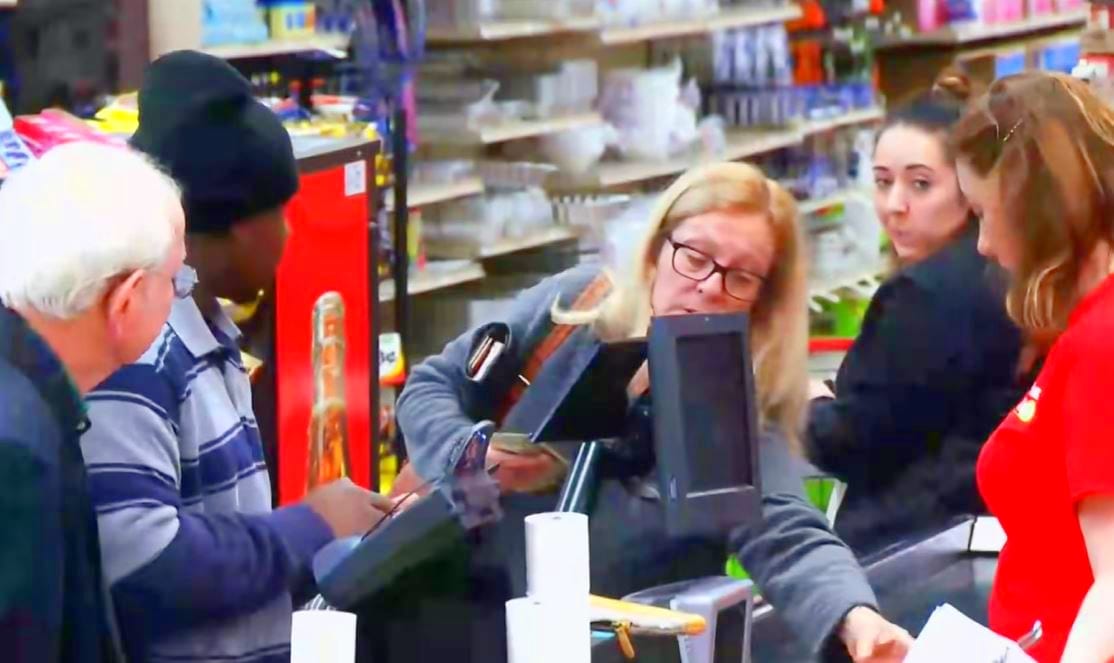 The woman had completely lost her cool. “It’s just four numbers! Just type ‘em in! How hard is that?” she screamed at the elderly man. But it was no good. He had no idea what his PIN was.

“I’ll just put these items back,” he said timidly, and turned to take his basket back into the store to return his groceries to the shelves. But then an arm reached out across the counter. 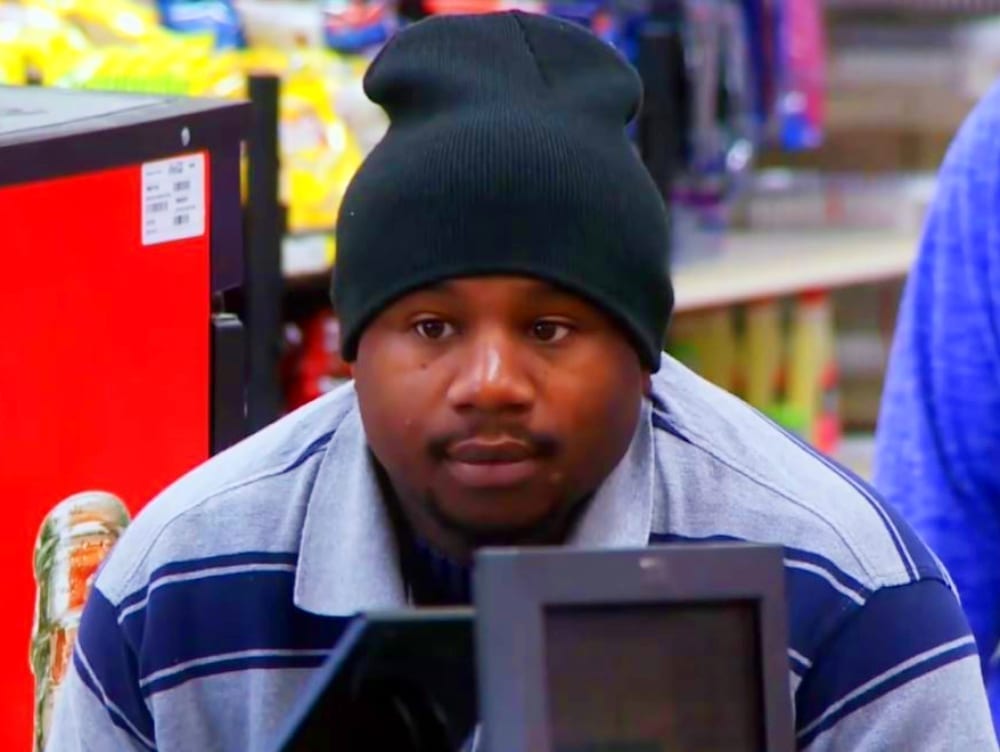 The cashier had met people like Mr McKellar before and wasn’t going to stand for it. Everyone else in the supermarket had brought the right money, so why couldn’t he?

Reaching across the counter and resolving this situation was the only thing to do. If only the cashier had known what was about to happen would go viral. 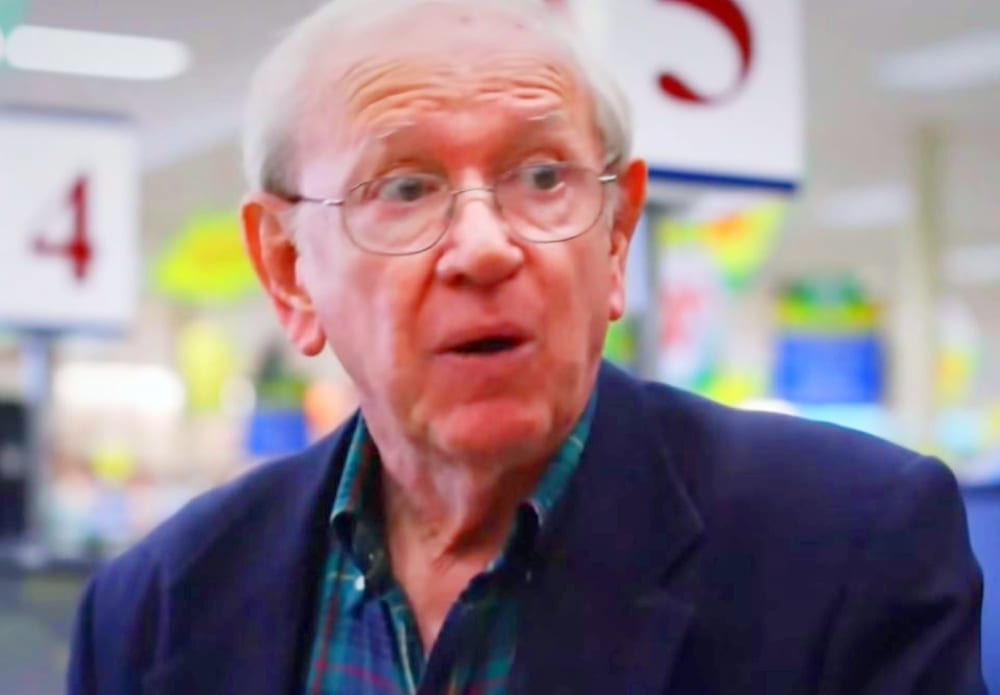 Off-duty cashier Jacob Wittman had been waiting in line behind Mr McKellar and watched the whole thing. He reached over, took Mr McKellar’s card and handed it back to him. The old man was confused, “Son, did you just pay for my groceries?”

“Yes, sir, I did,” said Jacob. “And, you don’t owe me a dime.” Mr McKellar couldn’t believe the kind gesture. And while he wasn’t up-to-date on the latest financial technology, he was quite adept at social media for a man of his age. 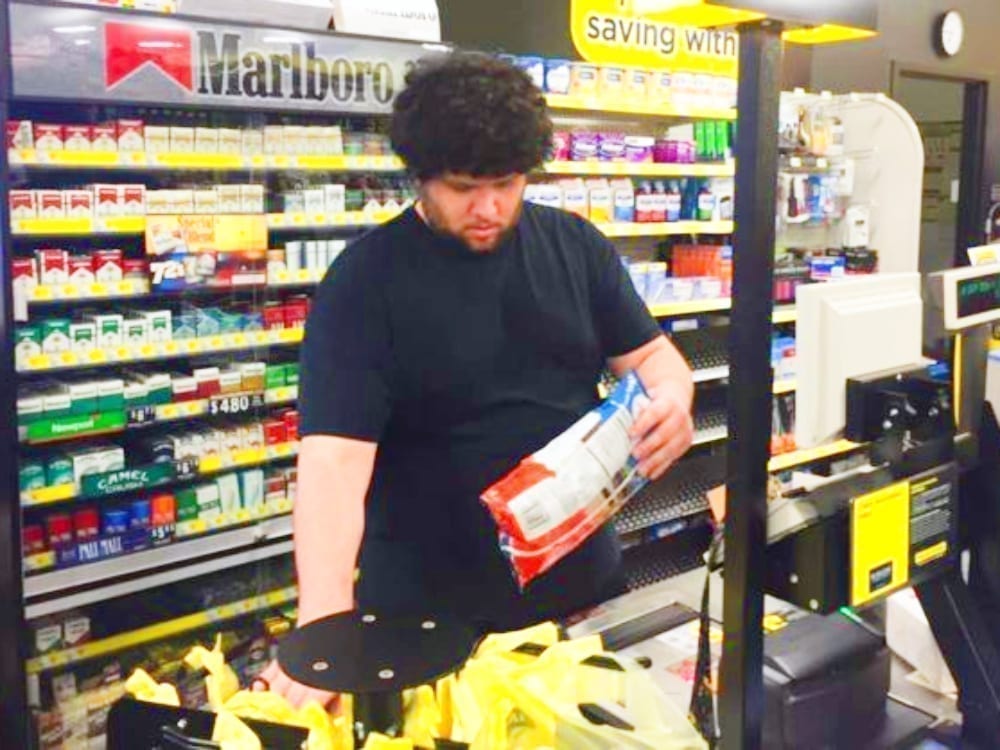 Mr McKellar took a photo of Jacob so he could let the world know how kind he’d been. “Now this kid obviously makes minimum wage,” he wrote in his Facebook post. “Or real close to it. And probably didn’t have the extra money to spare.

“Let’s give this Good Samaritan the acknowledgment that he deserves.” And the Facebook community were happy to oblige. 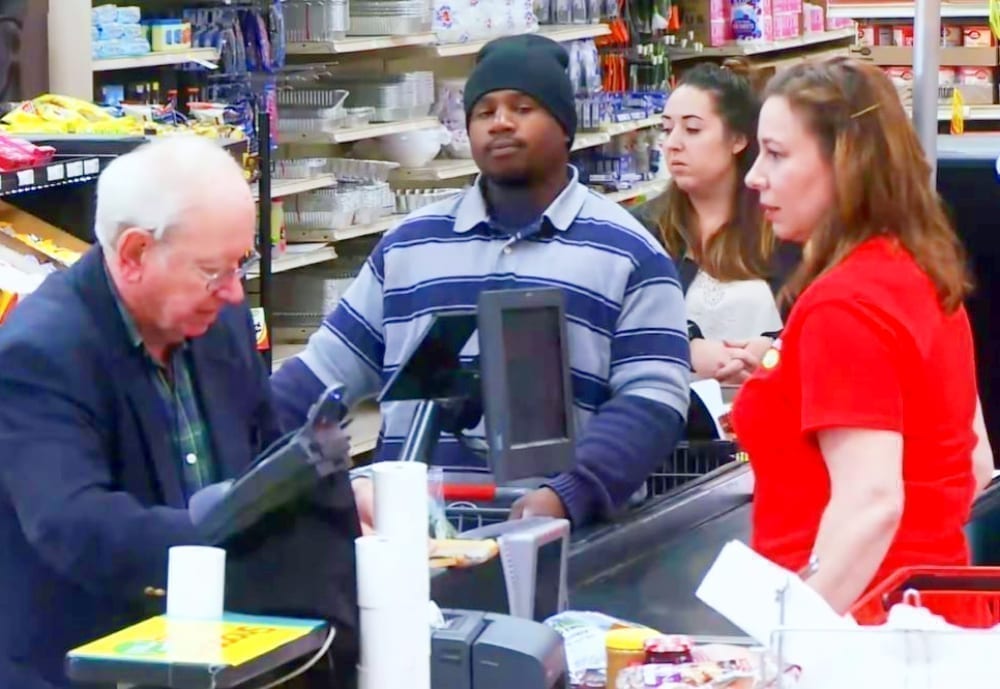 Mr McKellar’s post received more than 3,000 likes and was shared thousands of times. “Such an awesome act of kindness. I can’t believe there were people getting angry at you!” read one comment. “Jacob, you are a good-hearted young man. Thank you for helping the elderly and veterans. God bless you!” another commenter wrote.

Everyone’s been in this predicament at some point in our lives. Couldn’t we all learn a thing or two from a man like Jacob?