He brought the gift out every year, but he vowed never to give in to temptation and open it. In fact, not opening the gift from the woman who broke his heart gave him a strange feeling of satisfaction.

But now, he was getting pressure from all sides. Everyone wanted to know what was inside. And 50 years is a long time to hold a grudge. 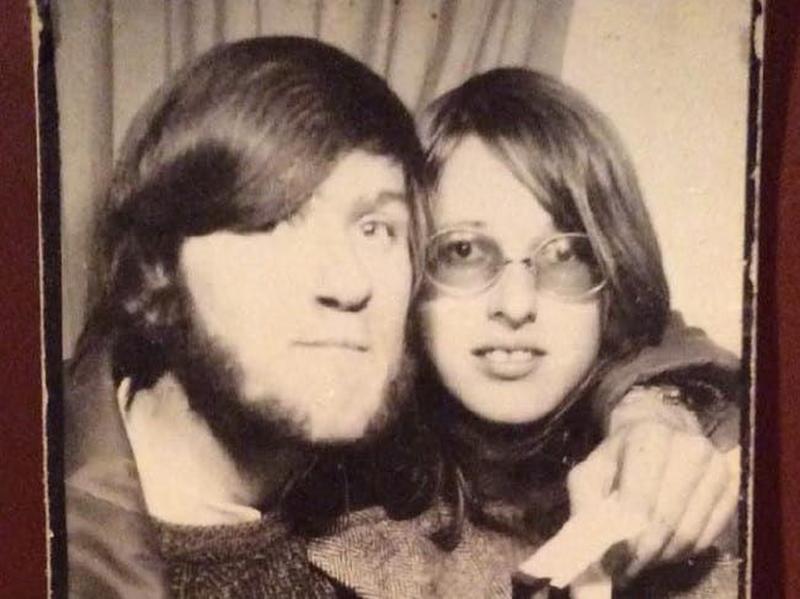 He went to George S. Henry Secondary School in Toronto, Canada and when he turned 17 he met a girl named Vicki Allen. This was the first girl he fell in love with and had a serious relationship with.

The two were together for a while, which made it hurt so much more when she broke his heart. 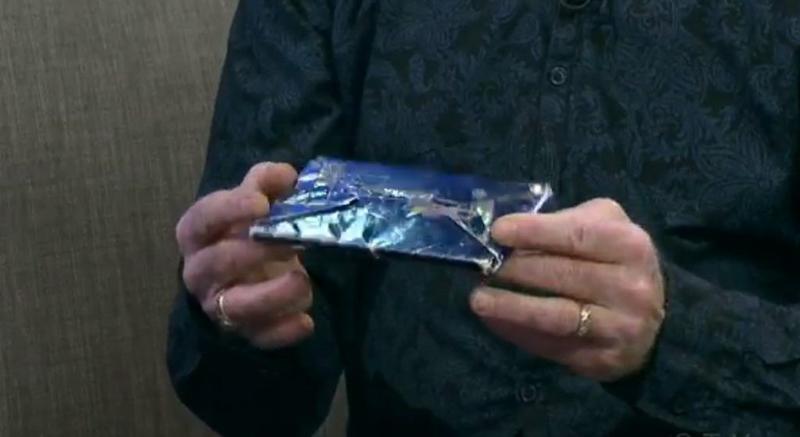 With the swirling concoction of emotions that he felt, he made himself a promise out of the crushing feeling he felt inside.

His ex fell out of contact and they both ended up together with other people and got married. They both forgot about their time together but Adrian still remembered the gift.

He would take the parcel and leave it under the Christmas tree with everyone else’s presents, but it was never opened. It stayed sealed. 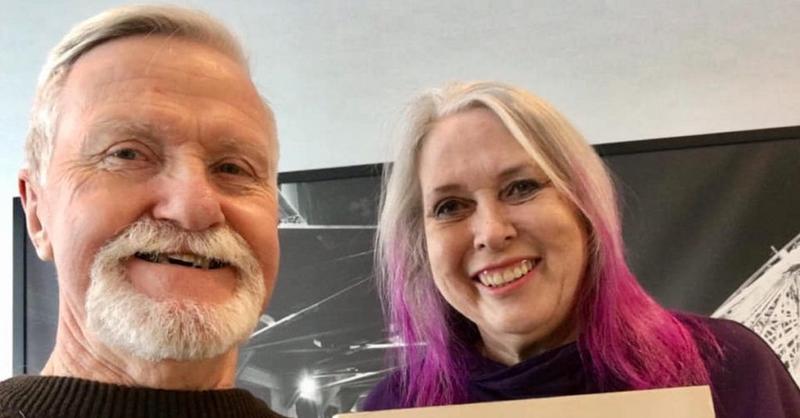 This tradition stopped when his wife told him he was no longer allowed to put it under the tree. The kids would pester him and it was a strange tradition for a married man.

“After my family opened their gifts at Christmas, there was still one Christmas gift left and it’s the gift this girl Vicki had given me. I told my family I’m never going to open that present,” Adrian said. 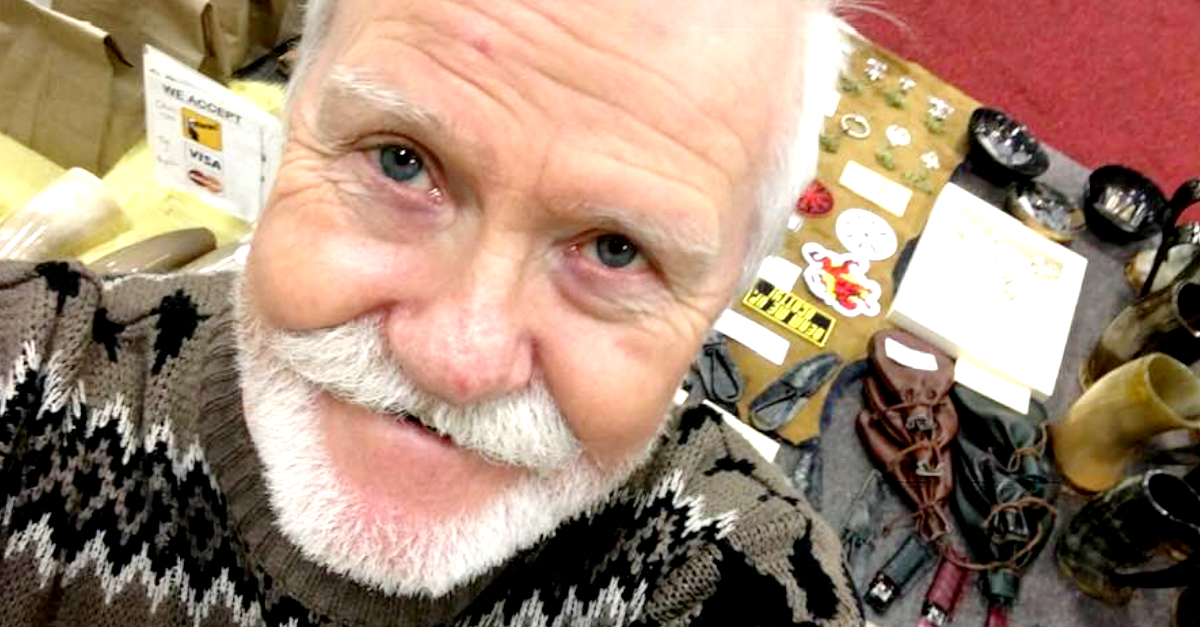 Now that he wasn’t allowed to open the gift he would keep it hidden away. But when Christmas was around the corner every year he would take it out and look at it.

“I kept it initially because I guess I had hopes that we would get back together and open it together,” Adrian said. “Now it’s just become a habit after 47 years of looking at it and having the pleasure of not opening it.” 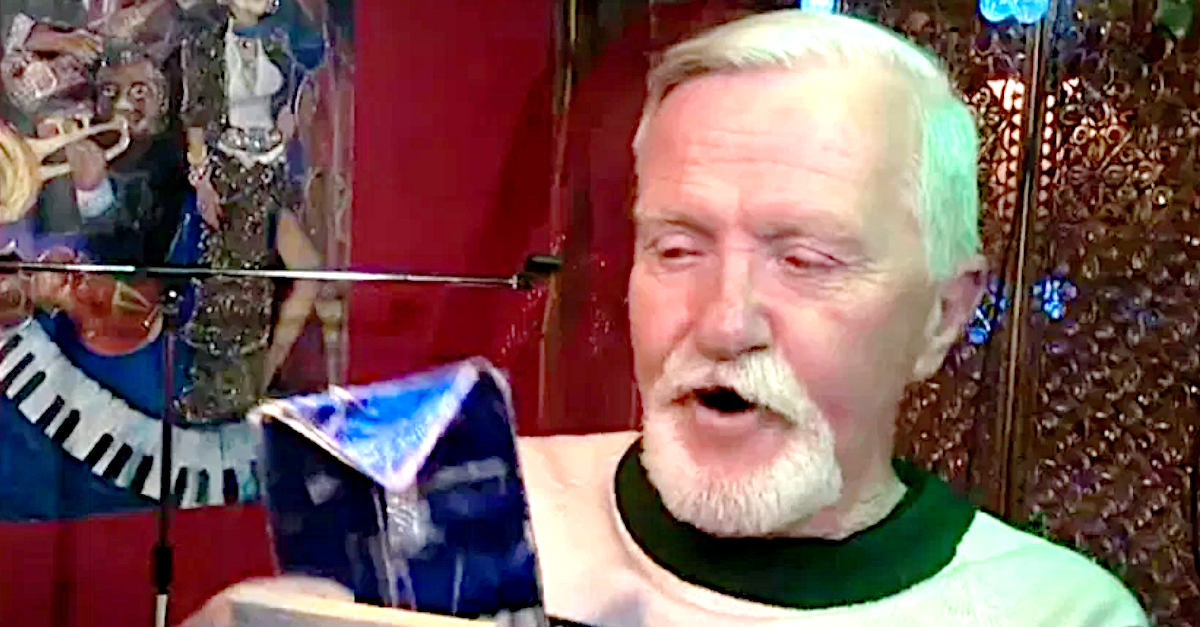 One holiday season, Adrian decided that he would post a picture of the parcel on his Facebook and added the background and story of the gift. Soon he got way more attention than he had expected.

“Maybe I don’t want to know what’s inside it. It’s more exciting right now not opening the thing,” he said. After all of the attention he got that he didn’t expect, he decided that he’d try to find his high school sweetheart. He called numerous women after finding many phone numbers.

There was a woman with the exact name of his ex that lived in Canada, but she was 91 years old and definitely not the same woman he dated. 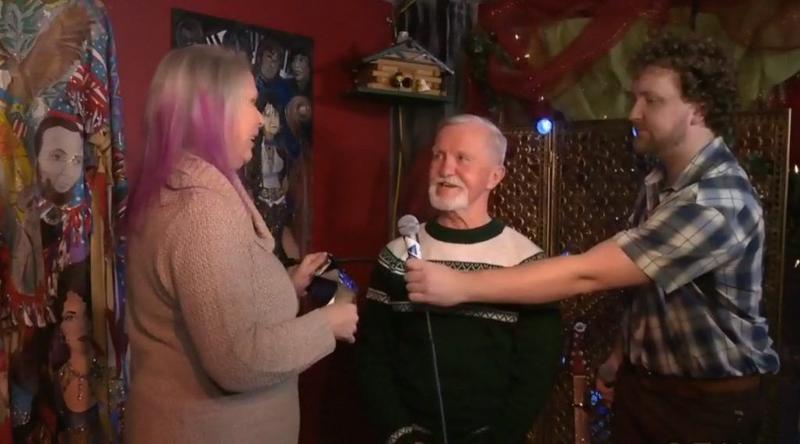 But then, he had found the right number after all these years. The phone had no answer the first two times he tried calling and he thought about it and decided to call her a third time.

She answered finally and they caught up over the phone and both agreed on an interesting way for the gift to be opened at last.

Coming To A Decision At the Christmas Bureau of Edmonton, which was a fundraiser for families in need, Adrian and Vicki decided that they’d open the gift there after 48 years of mystery.

Adrian was still going to stay true to his word and not open the gift after nearly 50 years. So how would the gift get opened? 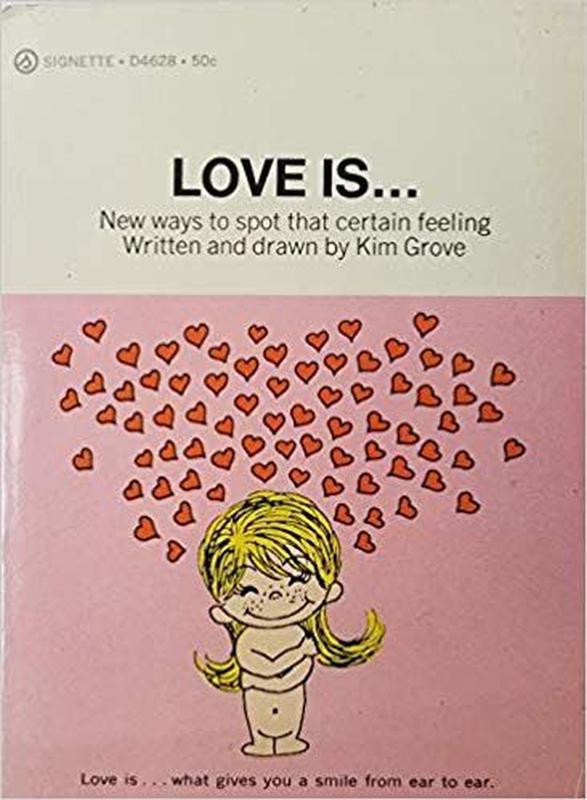 The gift was a book entitled, “Love Is: New Ways to Spot That Certain Feeling.” Which is rather inappropriate as Victoria herself admits in an interview, “I do not recall buying the book, I do not recall wrapping the book, and certainly don’t recall the book itself.”

A Story Behind The Story The reason why Victoria didn’t want to give him the book was also discussed at that same interview.

She said, “Well yes it is a bit of a surprise and yet I know the backstory that on the day that Victoria was buying this gift for me she fell for the other guy, so she figured she’d got the present for Adrian so I might as well just give it to him.” 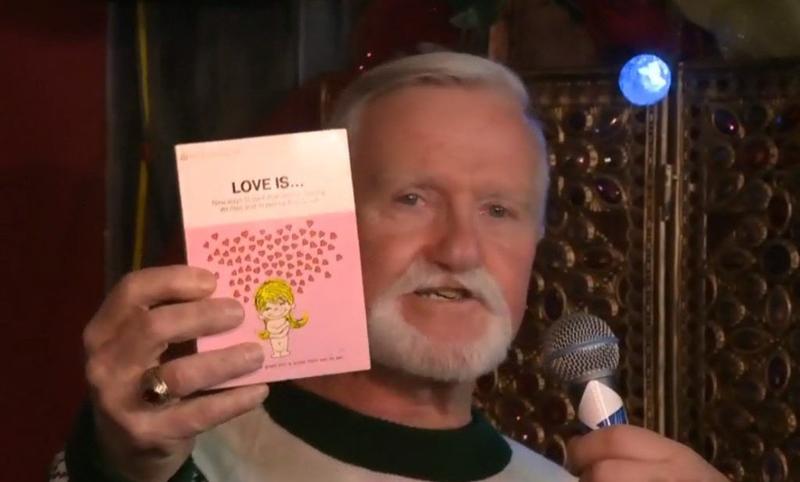 It turned out that while Vicki was shopping for Adrian’s gift at the mall, she met another boy and he kissed her on the spot. “It wouldn’t have been so bad, but I kissed him back,” Victoria said.

She said she knew Adrian would find out she had betrayed him. She knew it was over between them. “It was a very innocent relationship. We were in high school,” Vicki explained about her relationship with Adrian. “I didn’t know he felt as intensely as he did.” When Adrian was asked how he had finally found Vicki he had a bit to say on the matter.

“It took quite a long time to establish a relationship again, I had to prove to her who I was and she had to prove to me that she was who she said she was.” And there was a simple way to do just that. She continued, “two of them didn’t answer this one did and then we connected by telephone and as soon as I heard her voice and her kinda mannerisms I was pretty sure it was her.” “Are you surprised that Adrian kept this present, putting under the tree year after year?” Asked a reporter.

She replied, “Surprised is a bit of an understatement. Shocked! When I first heard about it I was astounded that anybody would hold a grudge that long or possibly remember me that long, or even be able to stand the temptation that long.”

He’s since written a book about the whole experience, and his wife and Allen contributed chapters.”I think it’s absolutely fantastic that we’re friends. My wife is friends with Vicki,” Adrian told the crowd.

“We’re in a fantastic place where all you can feel is love.” But now many people wonder just how doe his wife really feel? Adrian still placed the dog-eared gift under the tree every Christmas because he enjoyed the mystery of it, but eventually, his wife put her foot down when their daughter, then five, wanted to open it.

“She said, ‘Daddy, when you die, I’ll be able to open it then, right?’ I told him he could keep it, but we just didn’t want the gift out in public,” she explained. “I’m pretty secure in our relationship. I’ve never been jealous.” And all of this came to be due to a friend who knew them both in high school. He sent Victoria a link to one of the many articles written about it.

Vicki responded by clicking “like” on some of Adrian’s Facebook posts, and Adrian figured out who it was. They got in touch, and eventually, Adrian and his wife were invited to meet her. What a small world.