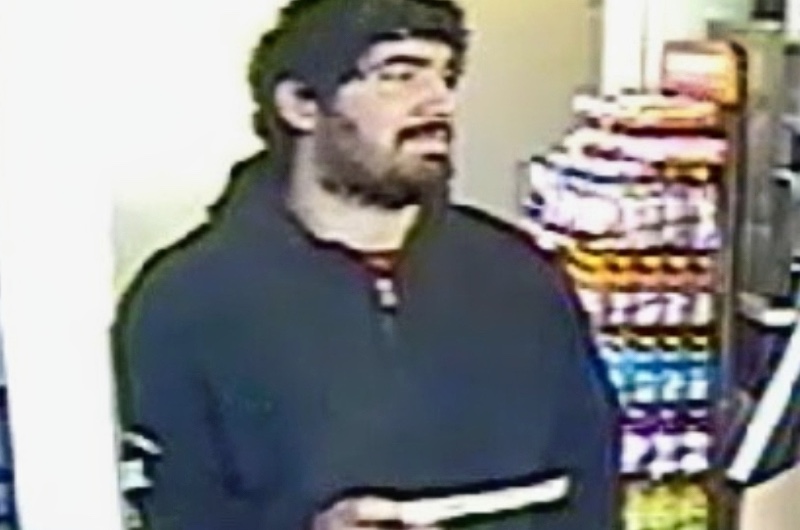 “I want to take a break and make sure I’m not making any bad decisions and that I’m being responsible. I do want to help out the world but I have to do it correctly, and I have to make sure that my future is secure”.

He went to work the next day and then left without a trace. It was the last time any of them saw him. 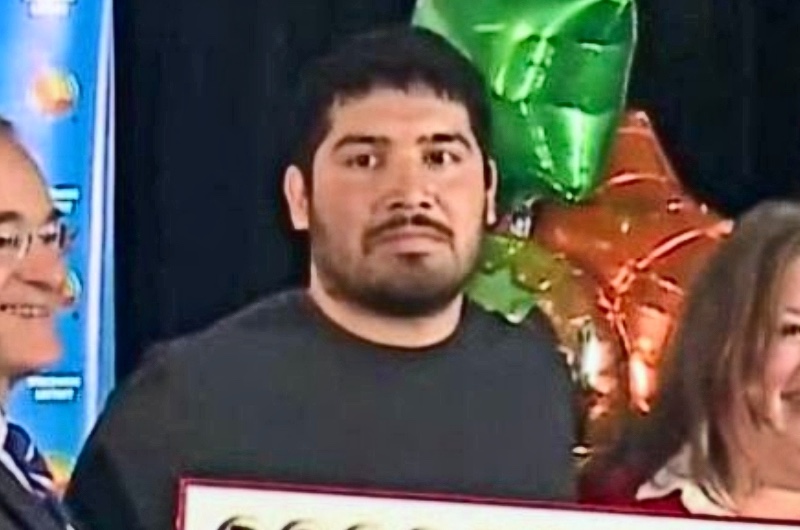 24-year-old Manuel Franco has been buying Powerball lottery tickets since he was 18 years old. It seemed like he was just another average joe working out his way through life until he claimed the third largest lottery jackpot in American history.

Franco didn’t just hit the jackpot, he hit a huge jackpot. It was an enormous win that’d change his life forever. 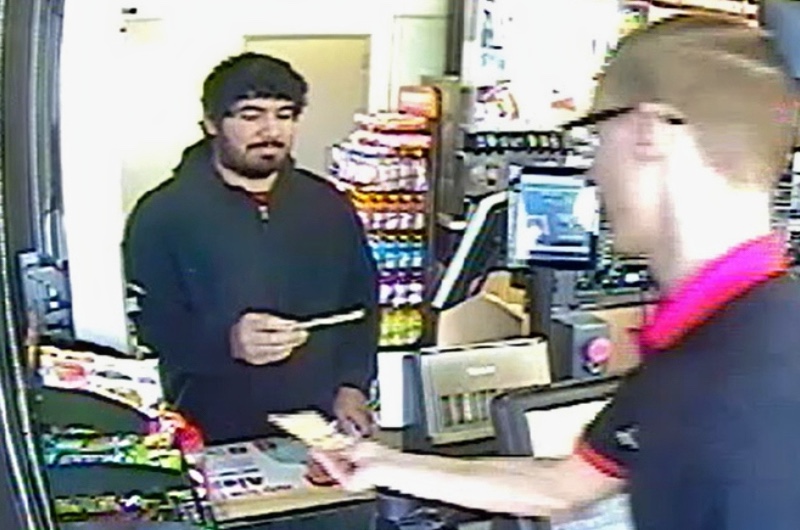 On his way home from work, Franco stopped at a Speedway in New Berlin, west of Milwaukee. He bought $10 worth of individual Powerball tickets, one of which became his fortune.

Franco recalled how he “honestly felt so lucky” on the night he bought the tickets, that he even turned to the camera and “wanted to wink at it”. 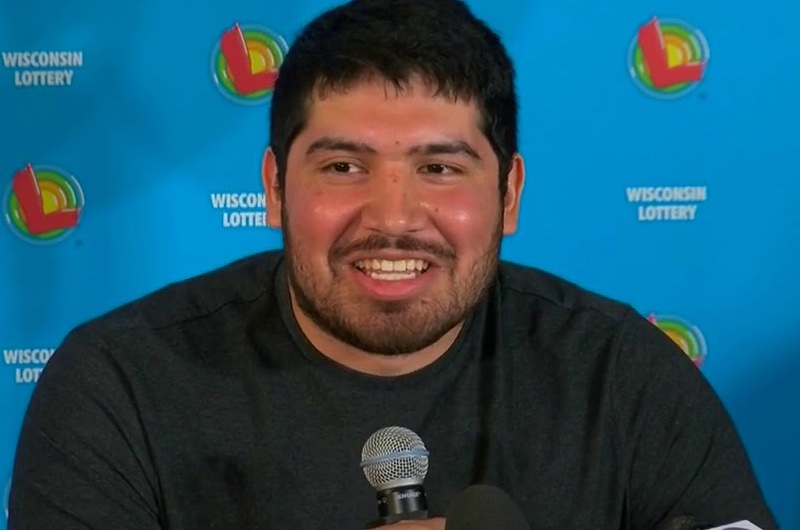 Although Franco said he felt lucky, he didn’t watch the Powerball drawing afterward. He even forgot about his purchase until a couple of days later when he checked his numbers online.

“It was amazing. My heart started racing, blood pumping. My blood felt warm. Screamed for about five or ten minutes. Good thing my neighbors didn’t hear,” Franco recalled but he had no idea what was coming. 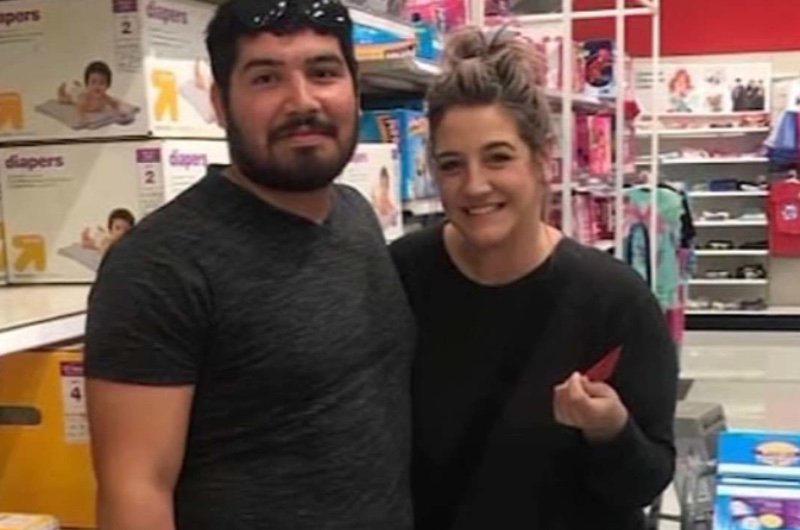 Understandably, many winners try to remain anonymous for fear of becoming targets for theft.

But states vary in how anonymous they allow large jackpot winners to be. Some states like Wisconsin, won’t allow winnings to be claimed anonymously and demand the winners of large jackpots to show their faces at press conferences. 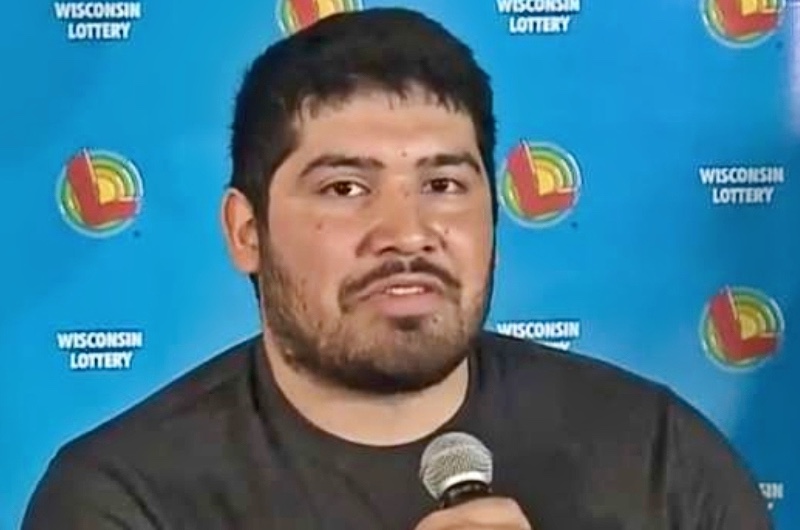 Once the shock sank in, Franco waited a couple of days before stepping forward as the winner to the relevant authorities. He wanted to remain anonymous but he had 180 days to reveal his identity or else he couldn’t claim his fortune.

Of course, he appeared before the public. But it was what happened after he won that made the front page. 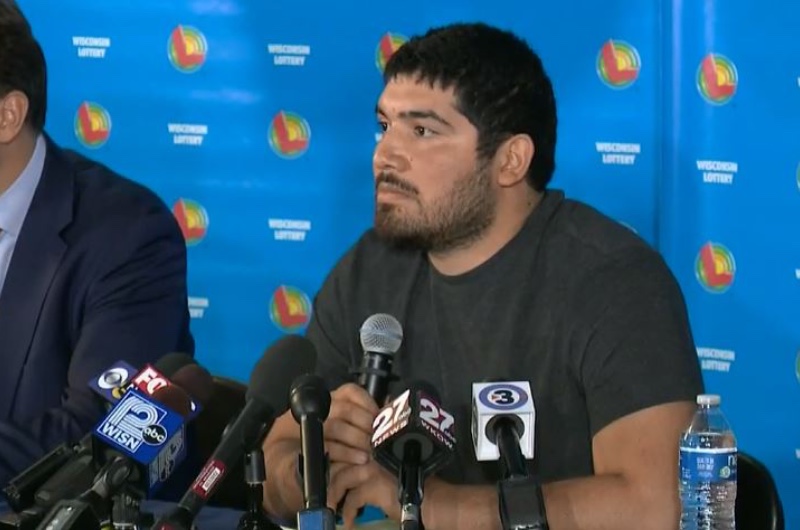 Franco said that he went to work after he won, sweating and not being able to concentrate. He said he quit his job two days later, but he never revealed to the public what that job was.

Furthermore, he remained recluse throughout his address to the public and refrained from giving away any personal information that didn’t relate to the lottery. However, he did say this. 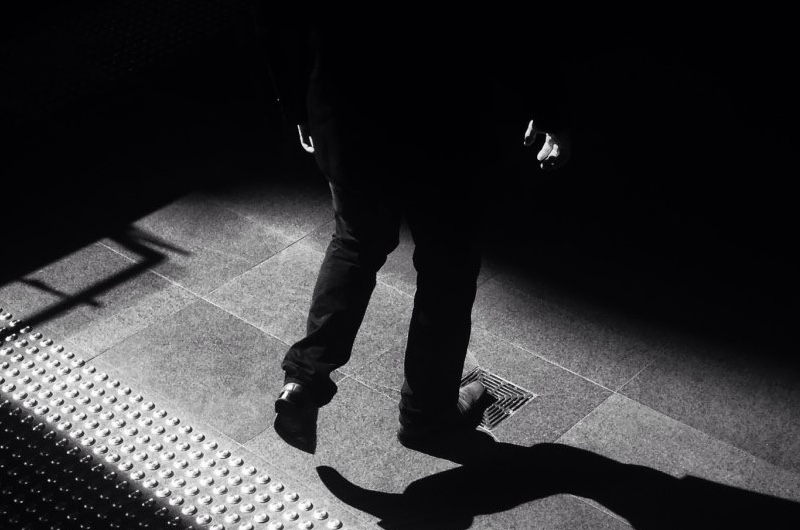 Before winning his hundreds of millions of dollars, Franco’s biggest concern was “trying to get the bank account to $1,000”.

Franco refused to say anything about where he grew up, where he lived, what kind of car he drove, or where he used to work. Little did everyone know, the pressure was becoming too much. 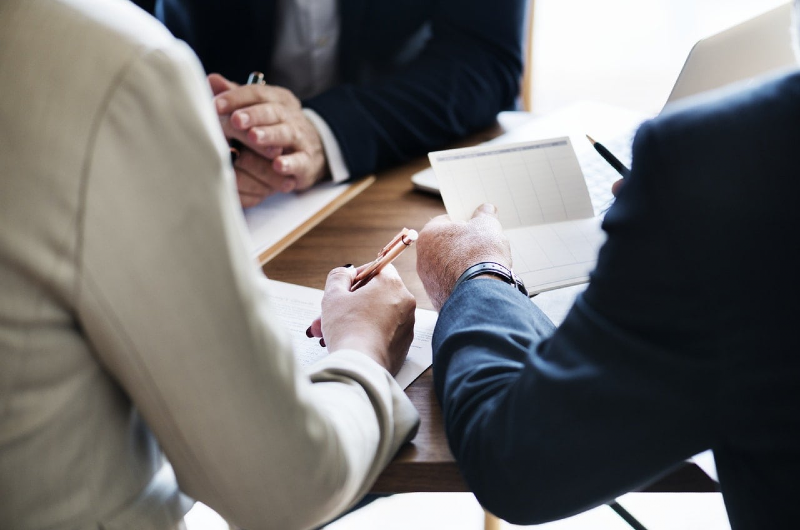 Now that he had more money than he could have ever imagined, his priorities suddenly changed, and unfortunately, so did the people around him.

Franco had hired a handful of lawyers and financial advisors to help him deal with this life-changing event but no one prepared him for the inpouring stress and pressure from the people around him. 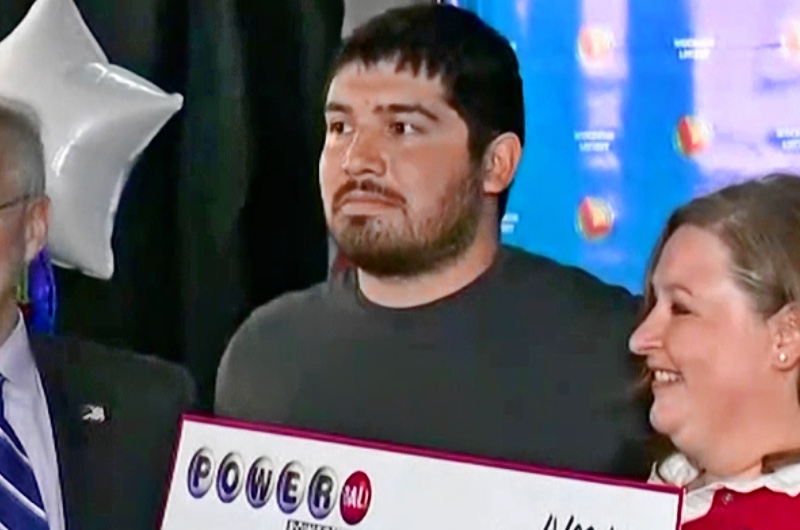 For weeks to follow, people were outside of his house and sending him letters asking for handouts and donations.

Franco had no choice but to take action. He deleted his social media accounts and moved out of his house. It was simply as if he vanished from the face of the earth. But that’s when the trouble started. 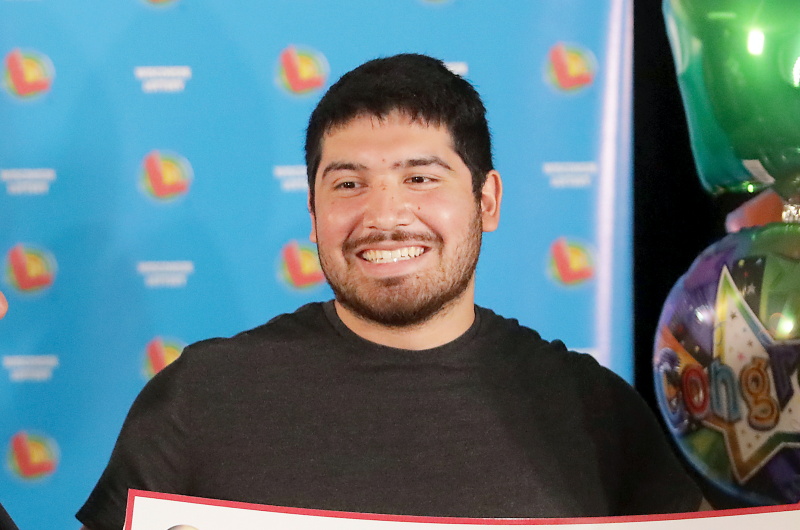 A few weeks later, Franco reappeared on social media and seemed to be taking a new strategy to his newfound fortune. He was offering to help anyone that needed it.

All he needed in return was their personal information so he could send them the money they needed. But his new accounts soon gained the attention of the FBI. 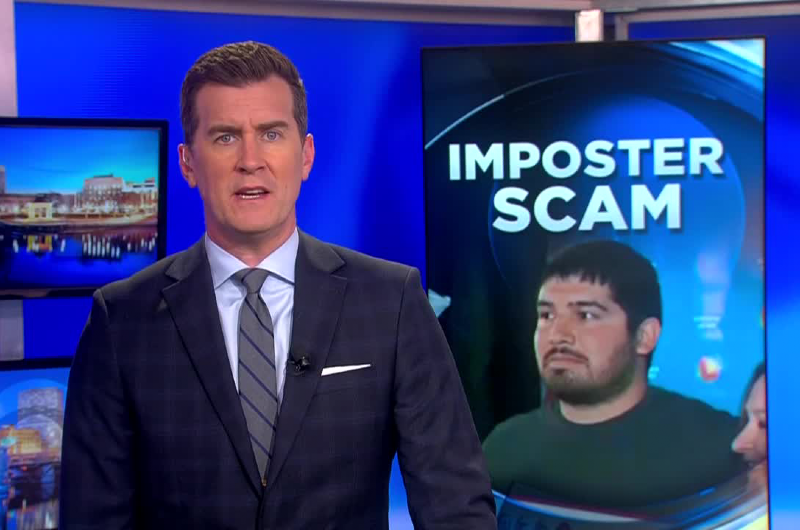 It turned out that Franco was being impersonated by people on the internet who were pretending to be him to scam anyone who fell for his generous posts out of money!

The FBI managed to get a hold of Franco to confirm these identities weren’t him. But what had he been doing all this time? 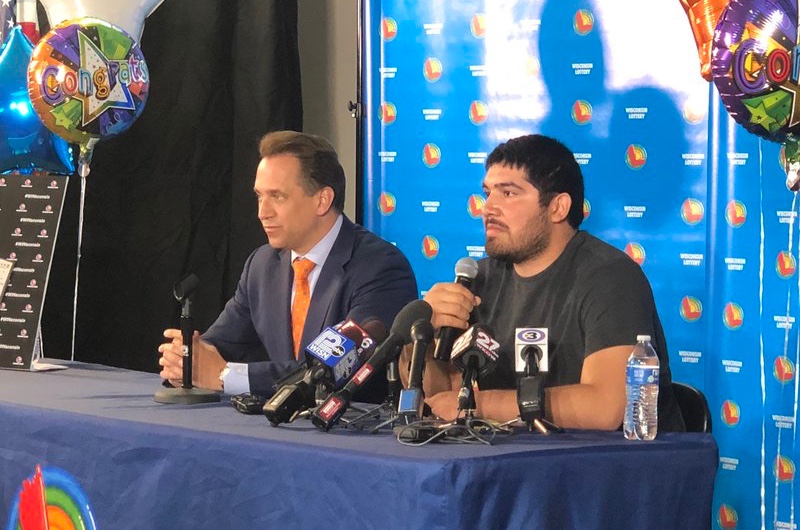 In his press conference, Franco promised that he wouldn’t become “one of the people who went bankrupt or broke or anything like that” after winning the lottery, but was he just living as normal?

Franco plans to travel, pay for family members to go to college, and wants to donate to charity, but his plans still aren’t set. 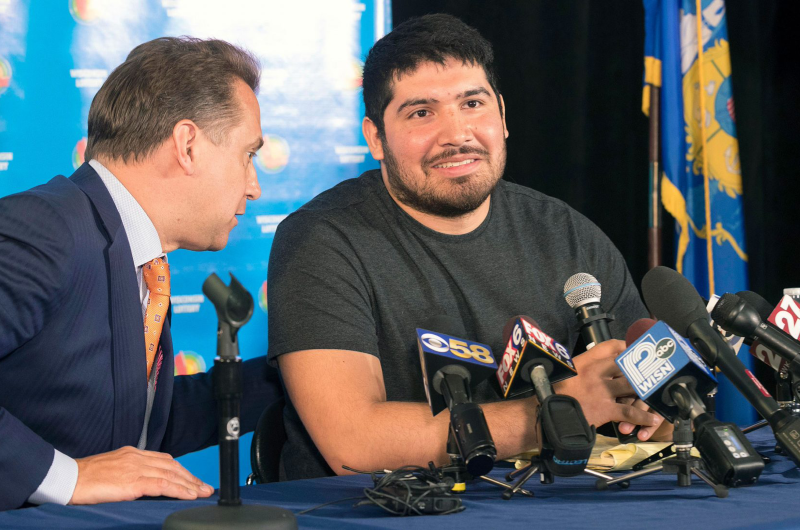 “I’m not sure what the next chapter is going to bring for my life,” he told the press. “It feels like a dream, and it feels honestly like, any moment, I’m going to wake up and I’m just going to be back in my room, in my bed.”

But we’re sure he’s at least got himself a modest house and car to travel around in. 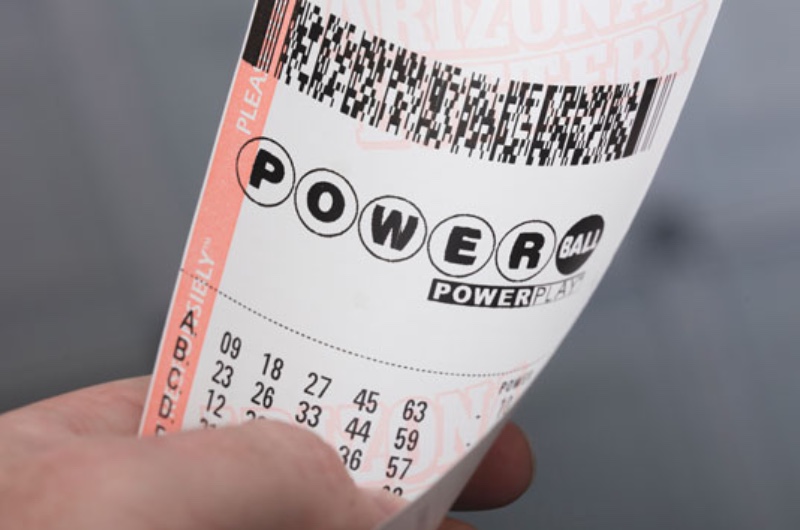 Although the future might be hazy, Franco stated that he’s given up his 6-year habit of playing the lottery!

“I just can’t believe an ordinary guy like me would ever be in this position. As a winner now, I don’t plan on playing anymore. But, I will say that the two-dollar ticket you buy is worth the chance to change your life forever. It certainly has changed my life and I look forward to the future,” he said blissfully!