Martin thought he had grown from his young fears. He spent years reassuring himself that he would be safe. But now, he questioned everything he had come to believe.
The dirt road was thin. Burnt shrubs littered either side. The sun baked his face as he stood with his hands on his hips opposite the bold canine. “Come on, dog. Get out of the way!” He stomped his foot on the ground. The dog refused to budge. “Didn’t you hear me?” He took a step closer. “Get out of here.” The grass rustled.
Then, he heard a noise and jumped off the road. 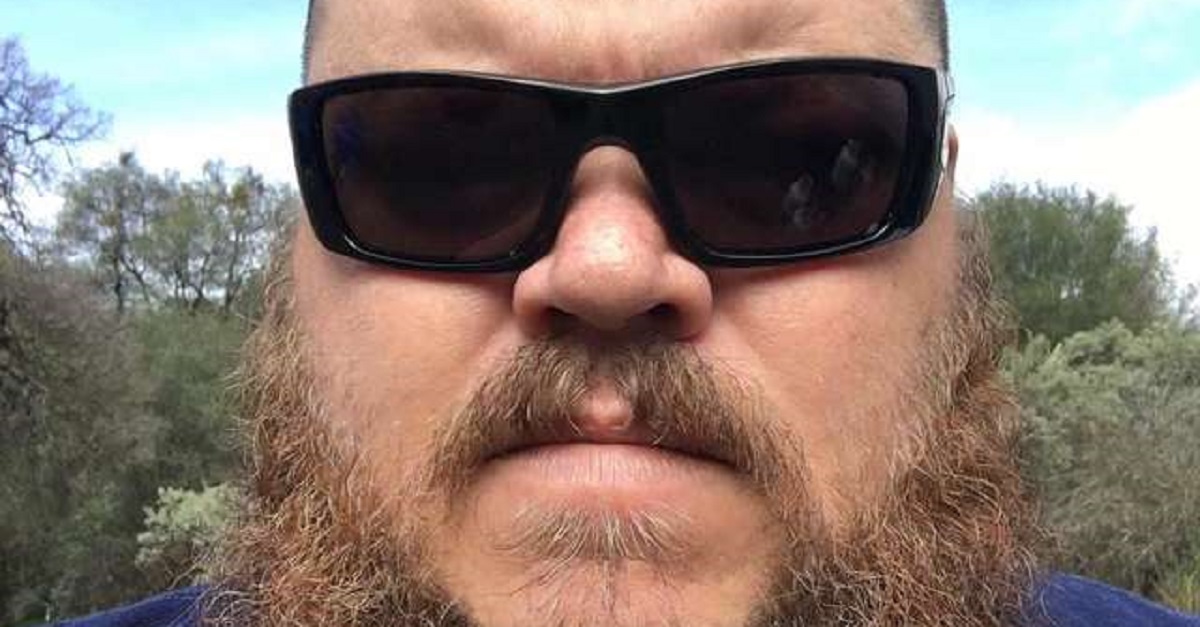 Martin Hall was never a big fan of animals. As a child, he always had an unexplained fear. It wasn’t their demeanor that made him question his safety. It was their intense stare.
It was as if they could smell his fear and enjoyed seeing him sweat in panic. His parents thought he would mature and realize his fear was ludicrous. But he was right to have his doubts. 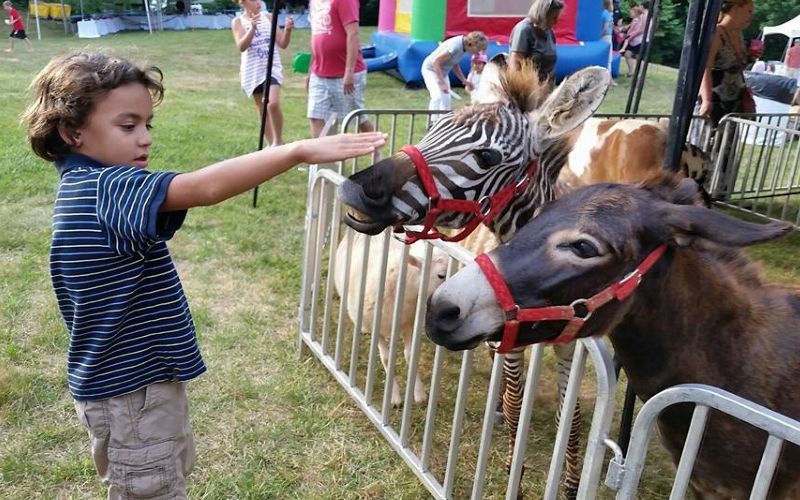 Martin’s parents thought the best way to eradicate his fears was to expose him to a world of four-legged love. They constantly brought him to petting zoos. And with each visit, he took a step closer to the animals—dogs, cats, donkeys, horses, pigs, goats.
Then, they thought the time had come to test their efforts. Was he ready for the next step? 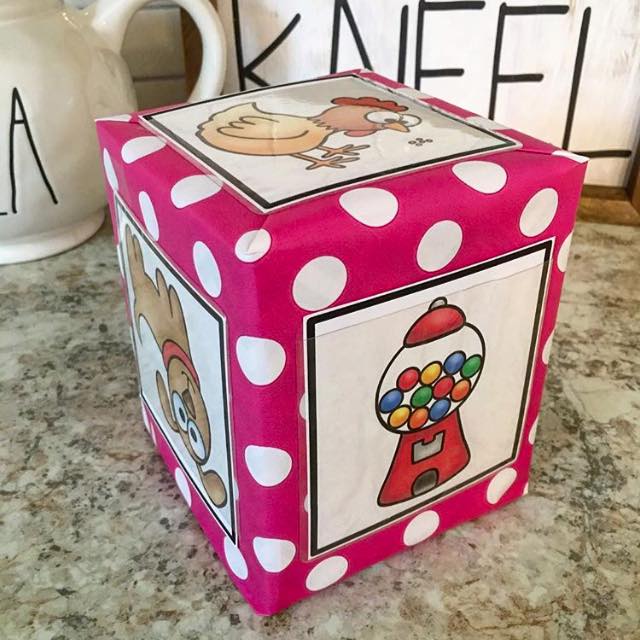 On his eighth birthday, Martin rushed home from school to open his presents. He had asked for one thing and one thing only—a red remote control car. They watched his face beam as he unwrapped the toy he had been praying for. “We’ve one extra surprise for you, Martin,” his mother said as she placed a small cardboard box on the carpet.
He never thought that day would have such an impact on him. 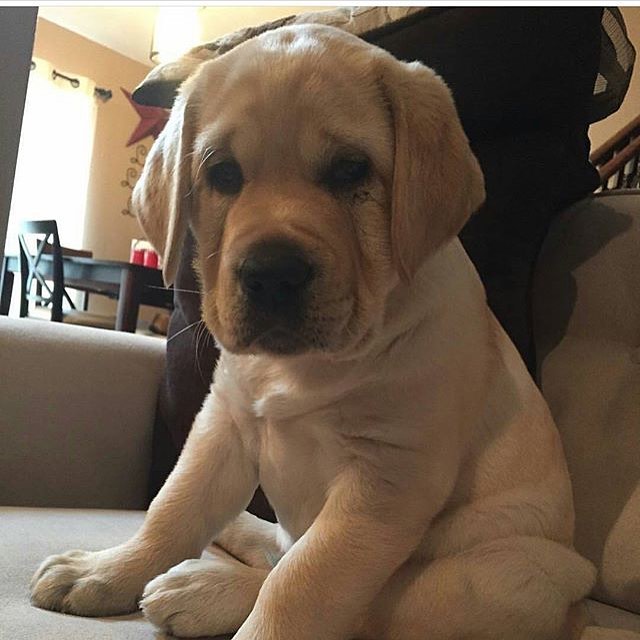 The box shook as Martin unwrapped the blue bow. Was it a pair of rollerblades? A second remote control car? A basketball? His heart leaped in his chest. Then, the small face of a golden labrador popped from the folds. “What – what is this?” He shuffled back. “His name is Charlie,” his mother said as she lifted him from the box onto his lap. “Isn’t he gentle?” Martin wearily touched his forehead.
The puppy remained calm. Maybe he could do this. But old habits were difficult to shake. 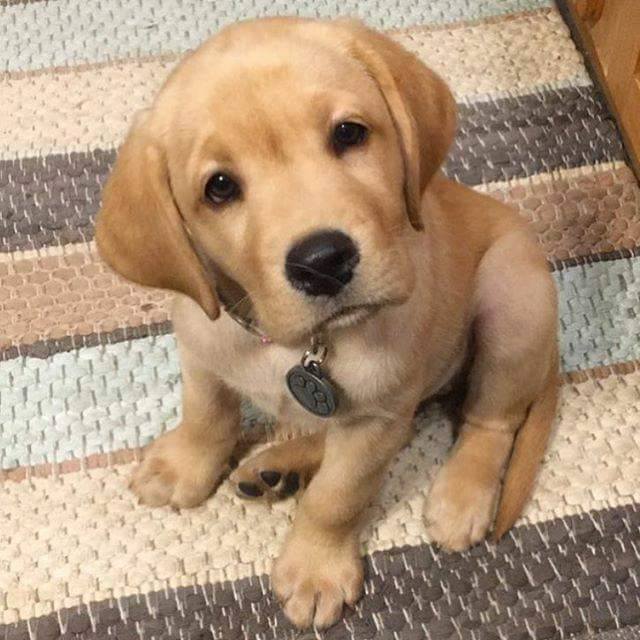 The first time Martin brought Charlie for a walk around their small estate, he arrived home alone, panting and crying. “Where’s Charlie?” His mother asked as she pushed his dark curls from his sweaty face. “H-he’s outside.”
She took his hand and they marched down the road to find Charlie playing with a neighbor’s Alsation. Her heart sank. How could her son have a normal life when he was terrorized by every strange animal he came across. 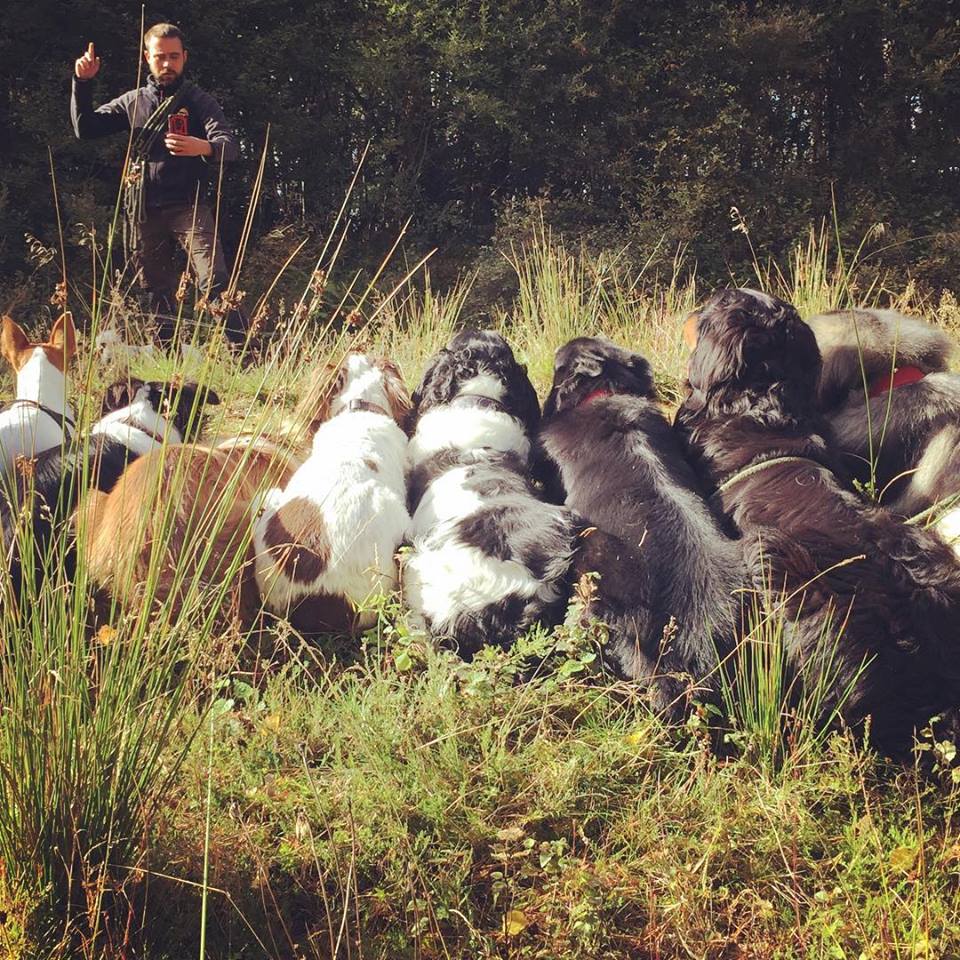 Shortly after, Martin’s mother signed him up to training classes in their local town where he learned to train his new best friend. More importantly, Martin would be around multiple dogs and owners. Eventually, he began to question his safety around dogs less and less.
He could walk Charlie alone and didn’t run in panic when other strange canines approached them for a friendly smell. But that didn’t make him completely comfortable as an adult. Martin no longer feared for his life, but that didn’t mean he trusted every animal he came across. Charlie had eased much of his irrational fears. He realized that his worries were ludicrous. He now understood that most animals were harmless. However, meeting strays alone still made his heart race a little.
And one day on his way home from work, he found himself in a nightmare situation. On his way home to Charlie, Martin found himself on some back roads in Coulterville, California, a very remote area. “I didn’t know which road to take, so I just picked one,” he explained. “That’s when I noticed there was a dog just laying in the center of the dirt road out in the middle of nowhere.” His mouth dried.
He tugged at his fingers. How was he going to get past? 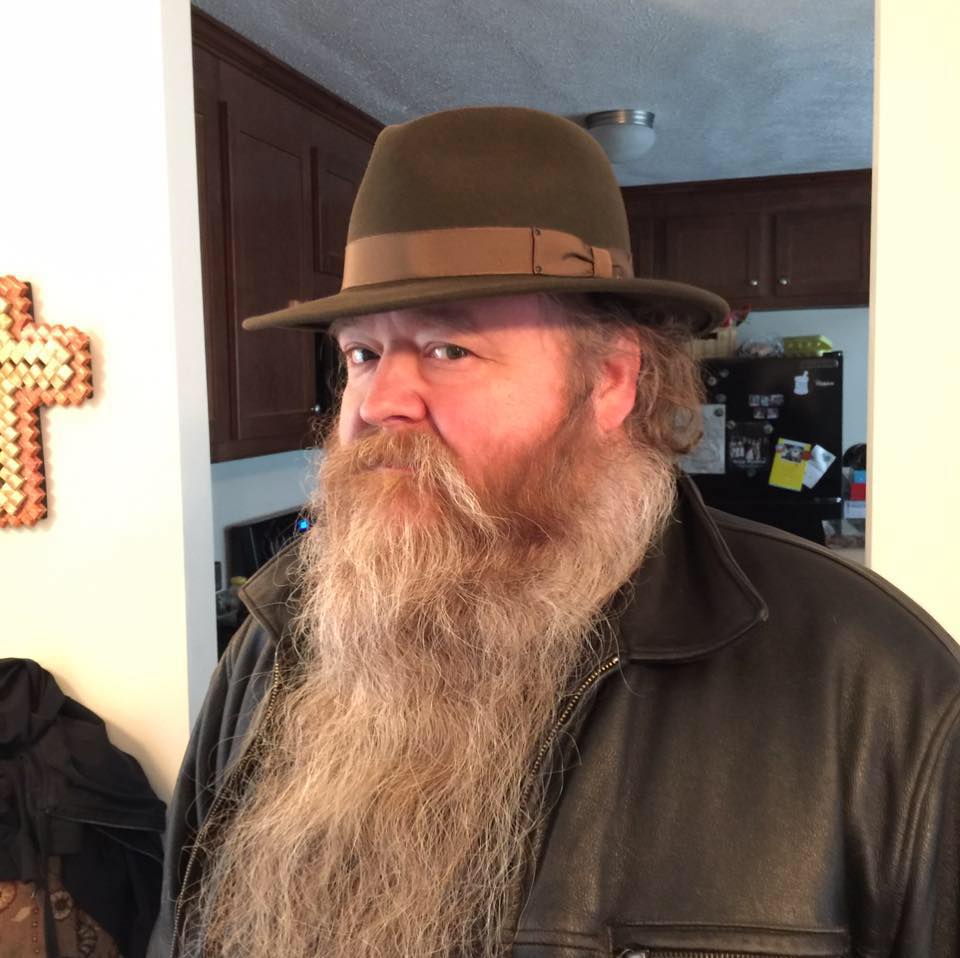 He threw sandwiches to the side of the road, hoping the dog would follow, but it refused. “Shoo! Shoo!” he shouted, slamming his feet on the ground in an attempt to scare the animal off. Then, he noticed a leash hanging from its collar. But there was no sign of an owner. Why was this dog out in the middle of nowhere?
Martin went back to his car and started the engine. But his gut instinct told him that something was off. 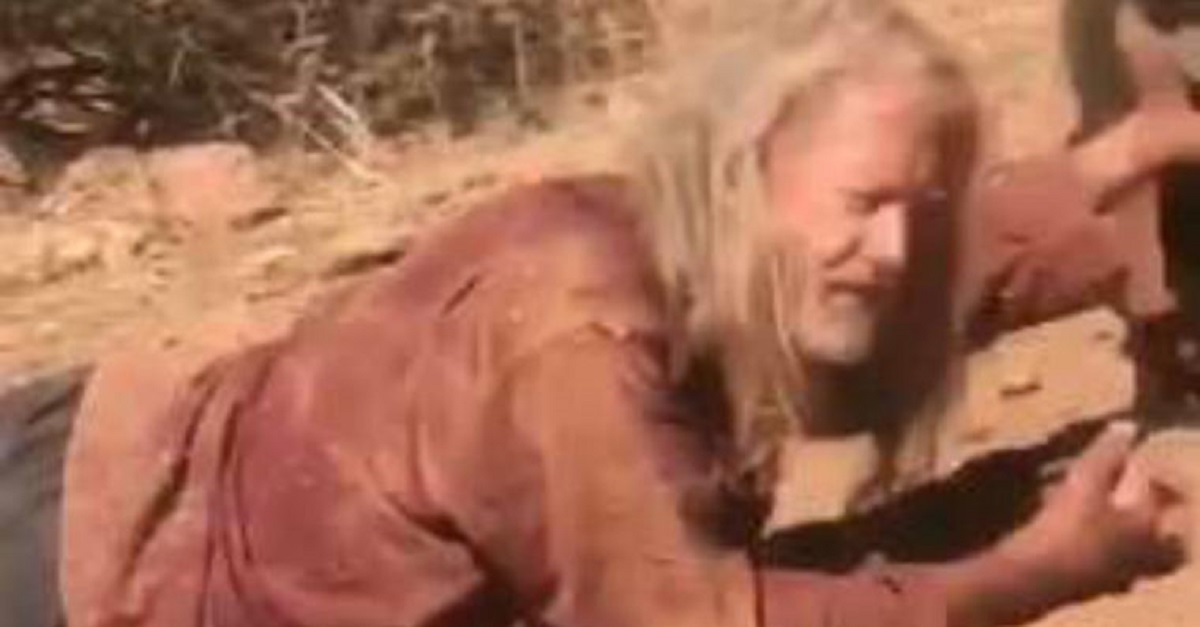 “Something inside me said, ‘Try again,’” Martin shared. “It was like the dog was saying, ‘Everything is wrong. My owner is around here somewhere. Don’t leave yet.’ So, I got out of the truck and started another video. That’s when I heard something.”
Hall followed a distant howling to find another dog lying beside an old man! He rushed to their side. Why was this man out in the middle of nowhere? After Martin provided some much-needed water, the old man was able to share his tale. Turns out, he had fallen off the road and down the hill. His leg was hurt so he couldn’t stand and had been waiting 7 hours for a passerby to hear his calls! Without any help for miles, his cries were left unnoticed.
Thankfully, his two dogs knew he was in trouble. So, while one stayed by his side to provide some shade from the blistering sun, the other went to the road to wait for help. Martin was amazed. But they still needed some help. Martin immediately called 911. But when the emergency services showed up, they couldn’t take the old man’s two best friends. “Could you watch them for a few hours? I’ll get my daughter to pick them up this evening. They’re really no bother at all!”
Martin swallowed the lump in his throat. Would Charlie be alright with a play date? Or more realistically, would Martin be able to keep himself calm and composed. “Okay,” Martin whispered. Then, he took their leashes. Martin’s body shook as he loaded the two animals into the boot of his car. The two cried as he drove away from their person. He gripped the wheel tighter to subdue the racing thoughts that came to mind. They’re safe. They’re gentle. They aren’t vicious. He repeated the words over and over again in his mind. And when he finally returned home, he provided them with a large bowel of water as they sunned in his garden with Charlie.
Martin couldn’t help but wonder what would have happened if he hadn’t gone to the callout that day. “There was just a series of events that took place to put me there,” Martin explained. “It was kind of overwhelming, after the fact, how everything transpired to bring me there at that point.” As promised, the old man’s daughter collected his two companions that very same day. She thanked Martin for his kindness.
Martin believes it was a sign. Usually, he would avoid any stray dog. But this one made it impossible to do so. But do you think it is a good idea to approach a dog you don’t know?
Must Read
Genome Studies Manage To Find A New Branch Of Fungal Evolution
European Space Agency Budget Increases By 10 Billion For The Next 3 Years
Artemis 1 Finally Launches: What It Means For Space Travel And Exploration