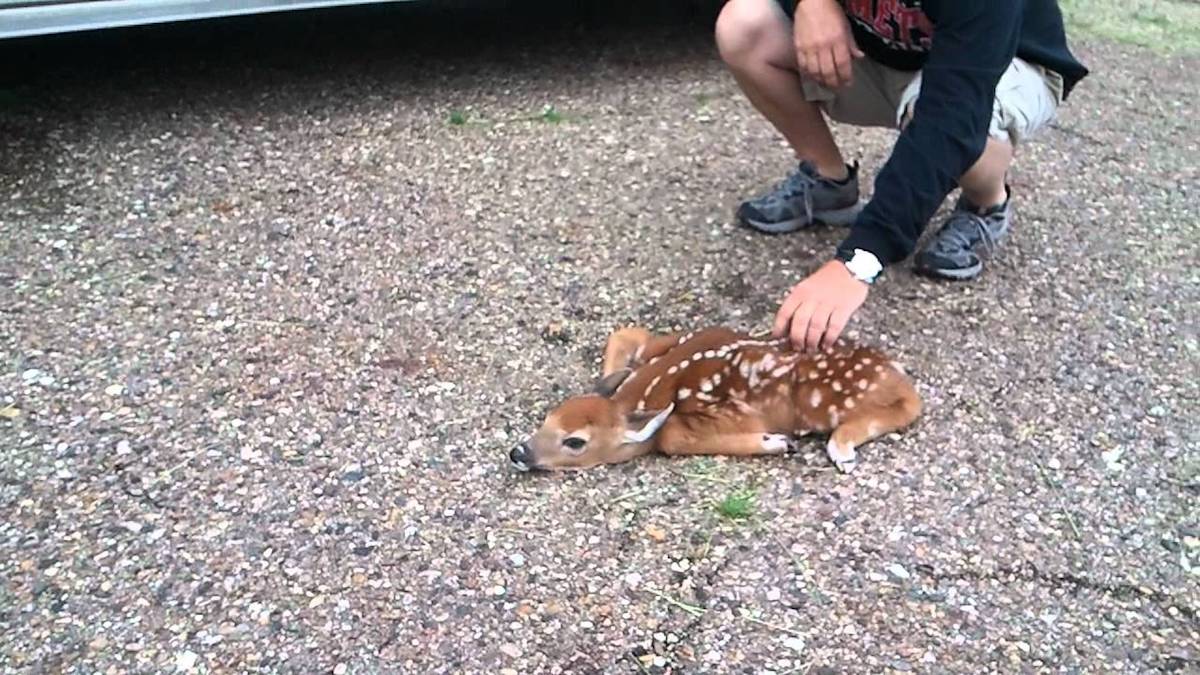 He didn’t know what to do, but he knew he had to do something. Acting on pure instinct, he took a big chance — hoping that it would pay off.
They had been driving through a heavily wooded area, and encounters with wildlife were not unusual. But he had never been in a situation like this. Looking around at his friends’ faces, he tried to see if any of them knew what to do. He suspected that the rest of his friends had never been in a situation like this, either. That being said, they all knew that they couldn’t just leave it be.
They knew they had to act, and they had to do it now.

Roads In The Country 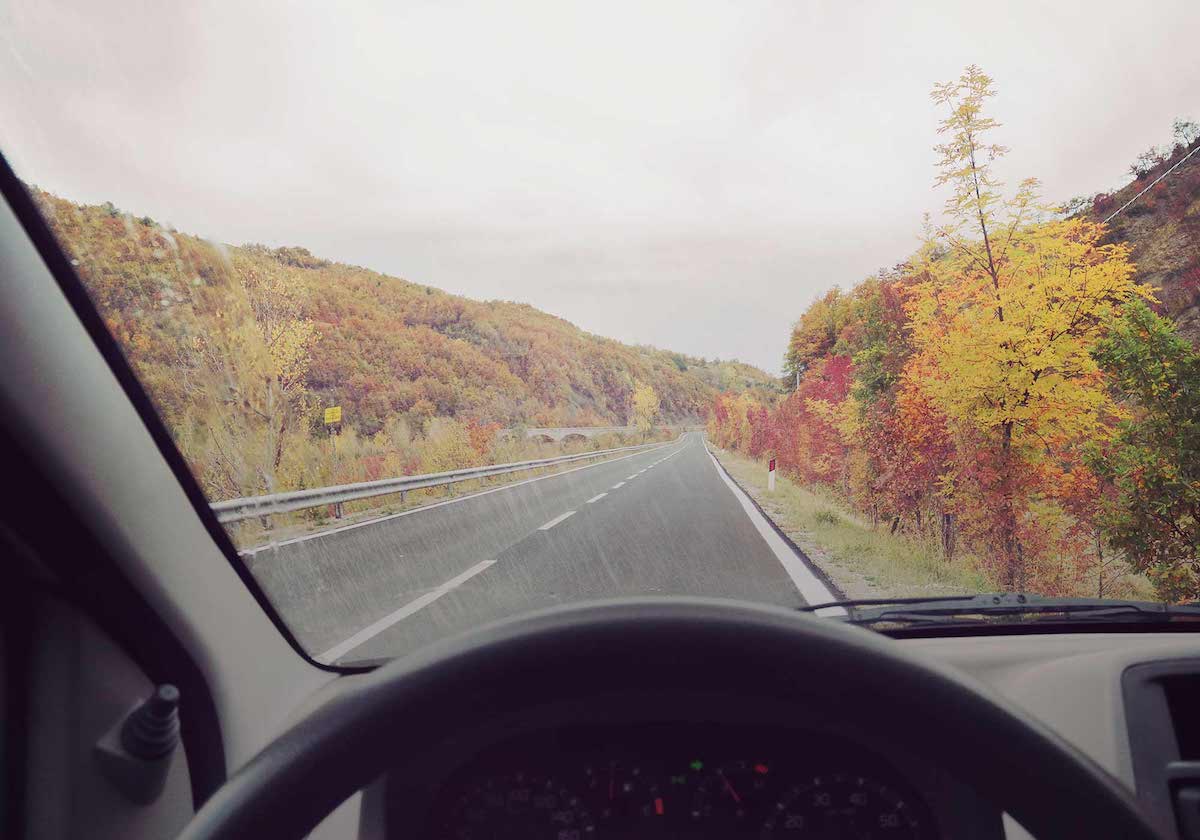 When they set out that day, Steve Knoop never thought he’d find himself in such a situation. Despite having lived in a rural community for a long time, neither he nor his friends had any idea of what they were about to face. The road they were driving on rarely had any traffic as it bordered the woods.
They were chatting and having a good time. Then, suddenly, Steve slammed on the brakes.


An Object In The Road 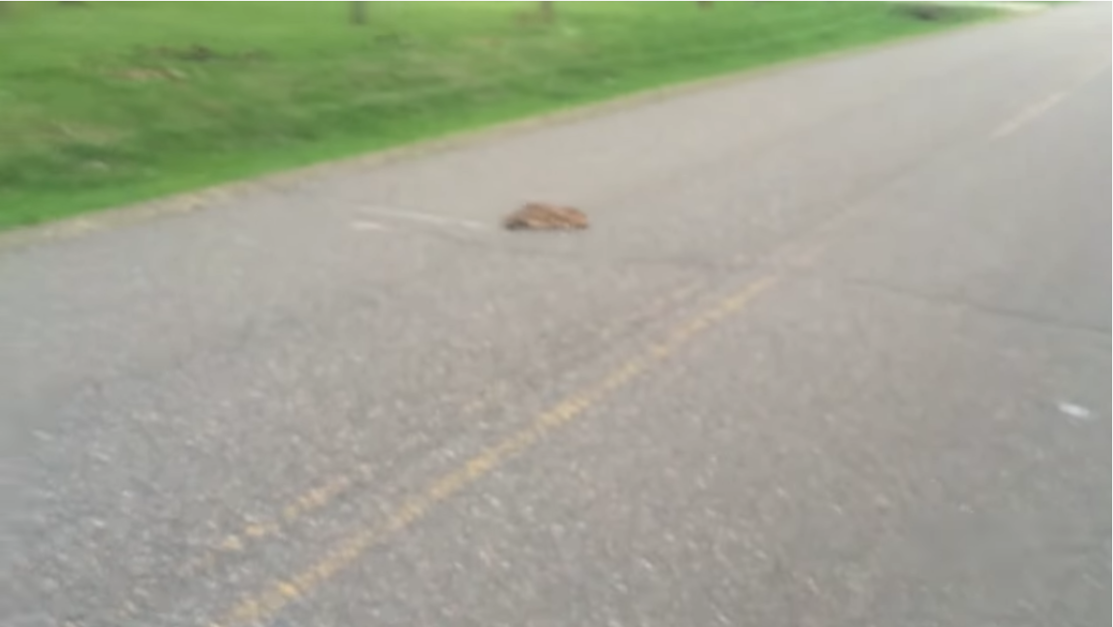 Steve’s friends, Bewildered by the sudden halt, scolded him for such jarring action. And then they saw it. Their first thought was that it was an animal that had been hit by a car. There was a small, brown lump in the middle of the road.
Not seeing any other evidence of an accident, and seeing that there were no other cars around, they got out to investigate. And that’s when things only got stranger. 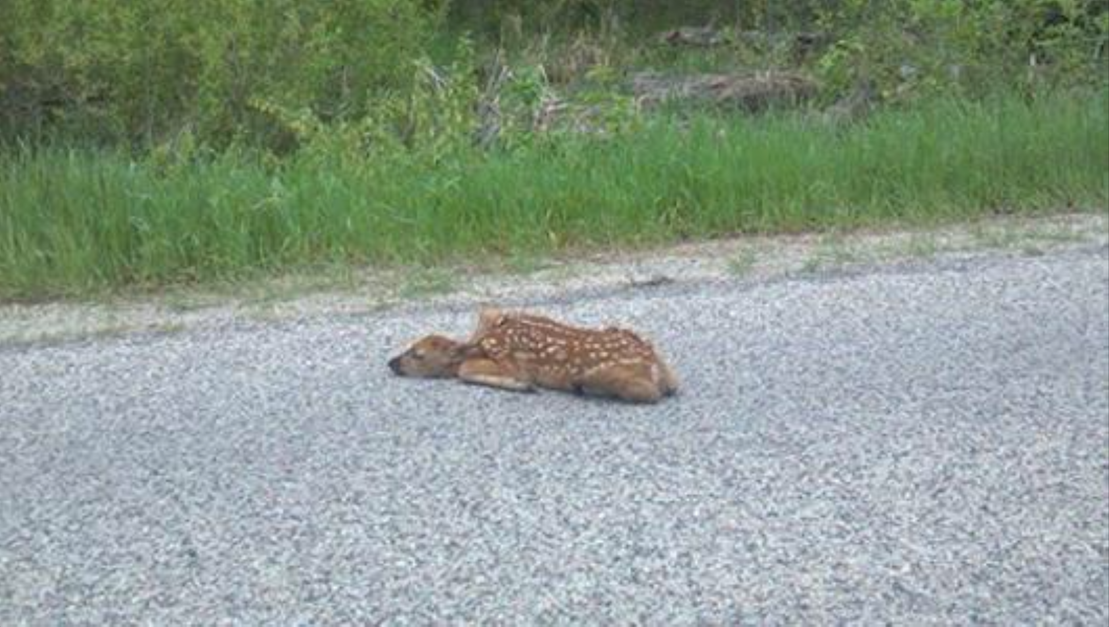 They realized what the animal was as they slowly walked closer: It was a baby deer. Steve was saddened at the thought of the helpless creature that got hit by a car. But the fawn’s eyes were open.
Something wasn’t right: its legs were in a strange position around its body, collapsed.. like it had tried to make itself look smaller. Then, one of the guys voiced a theory. 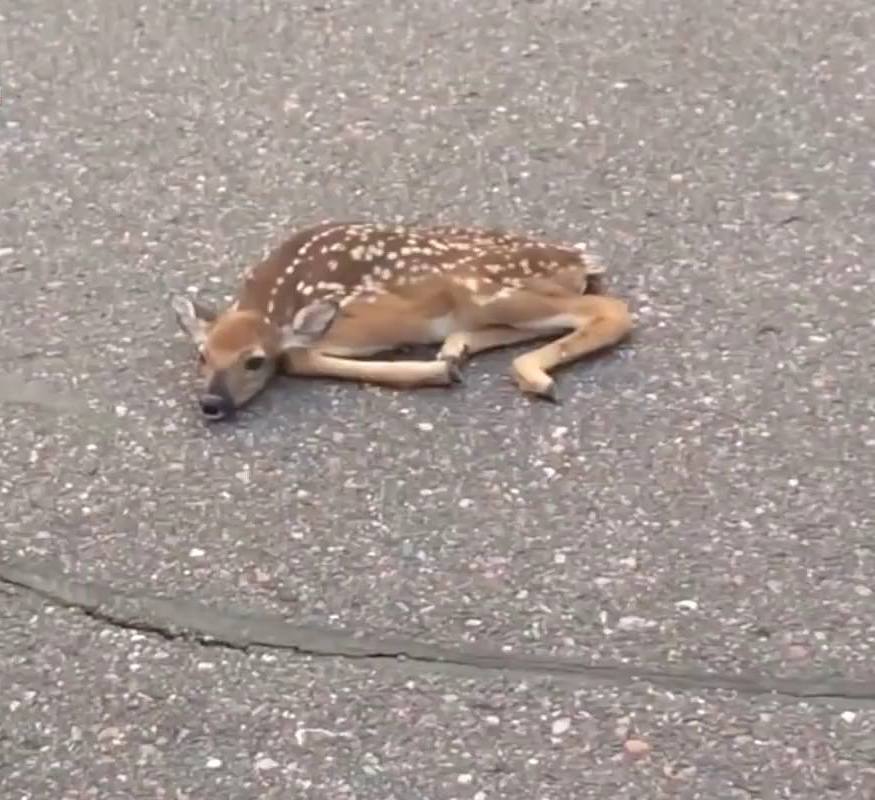 Steve’s friend thought that perhaps by crouching like that, the fawn was trying to camouflage itself and hide. Judging by the creature’s size, another real possibility was pointed out by someone else: it had probably been born just minutes before. Then they saw it breathe and reached the conclusion that the fawn was unharmed and healthy.
But either way, they knew that they couldn’t just go on their merry way and leave it there. 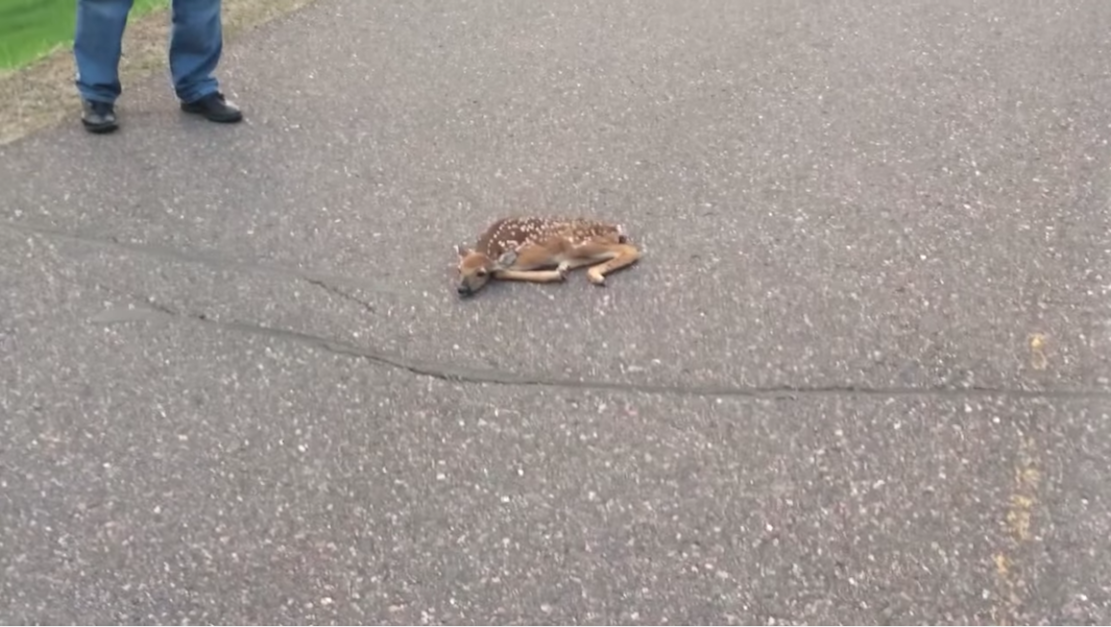 One of the guys said “I think we should leave it alone,” But Steve, afraid that another driver might not see it and run it over, had an idea. “I’ll just go up there and park my truck sideways and wait until it gets up,” he explained. “It should get up soon.”
While they were wondering how long they would have to guard the fawn against the dangerous road, they heard a rustling sound coming from behind. 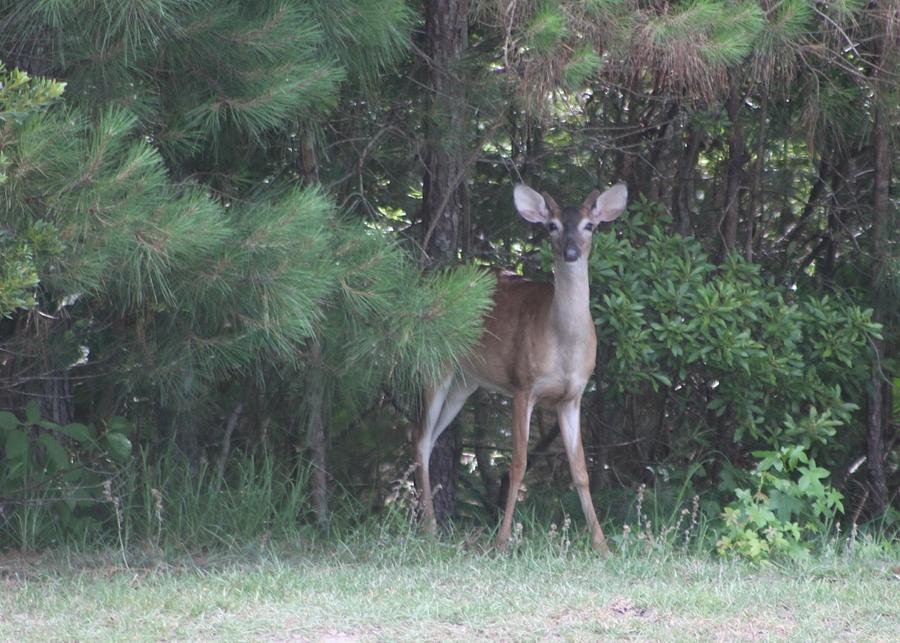 Turning toward the woods, the men saw that there, peering at them from behind the foliage was an adult deer. Realizing that it must be the fawn’s mother, Steve felt relief knowing the deer had a chance for survival now that at least he knew it hadn’t been abandoned.
Knowing that they had to figure out a way of getting it out of the road, one of the guys made a decision. 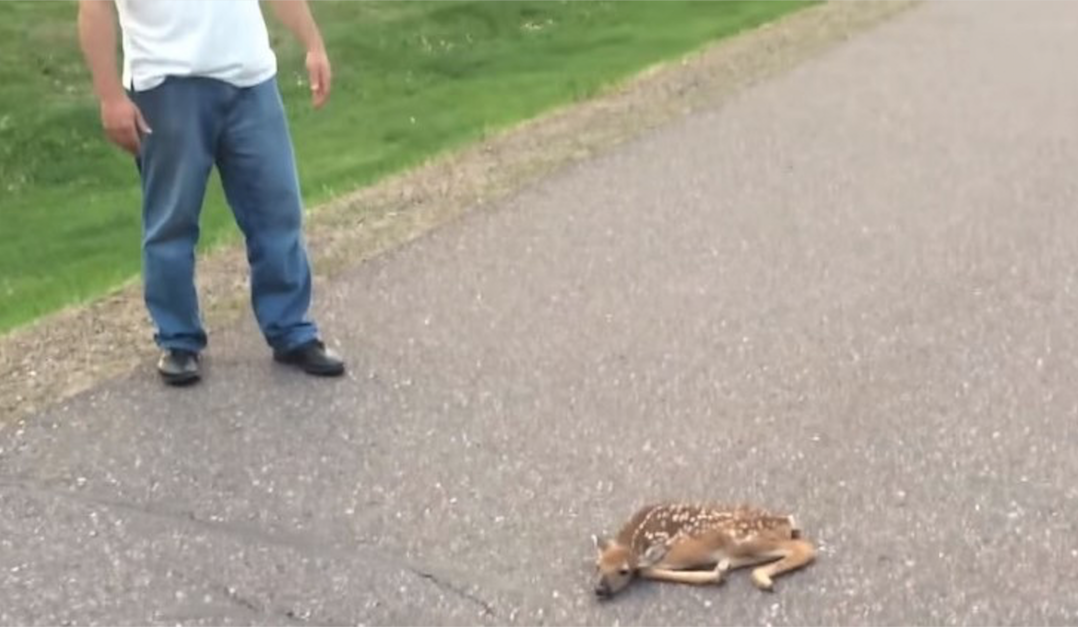 Paul and Steve agreed that they should get it out of the road, but the other guys were still unsure. Realizing that they didn’t have any better ideas, they decided on Paul’s decision.
He started walking very slowly to the baby deer. Meanwhile, Steve captured it all on camera. Paul said, worrying about frightening the fawn, “It’s not gonna hurt me…I’m not worried about that.” 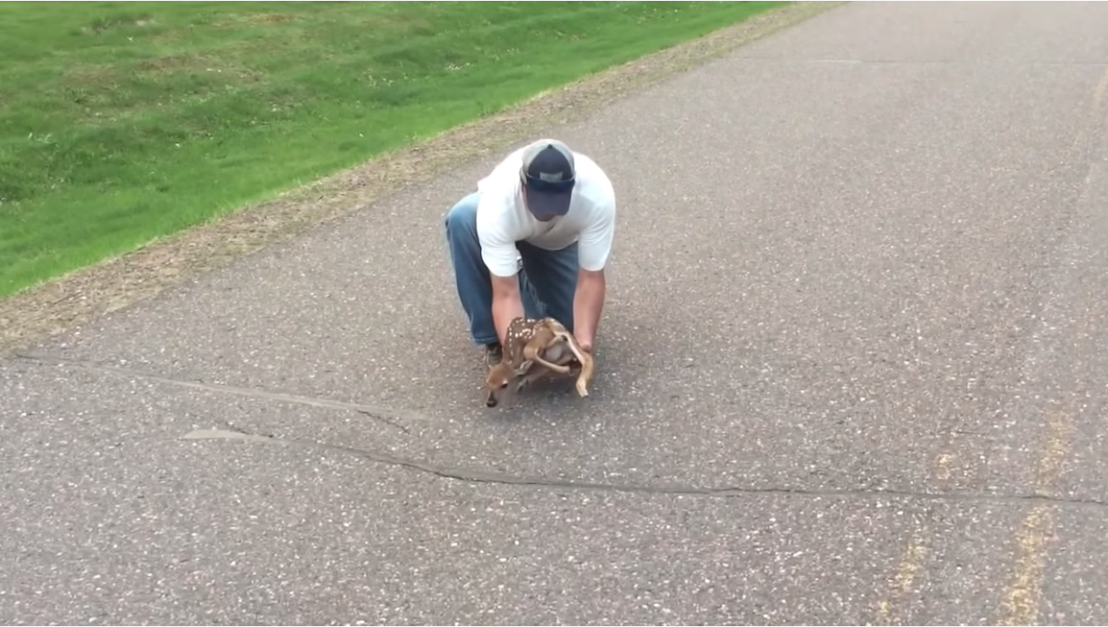 Paul carefully moved his hands closer and closer while he bent down behind the fawn, testing its reaction to his presence. Realizing that it didn’t seem too spooked, he gently placed his hands under its hind legs.
After he had slowly scooped it up, he stood up quickly and started walking across the road toward the woods. Then, the fawn started to wriggle. 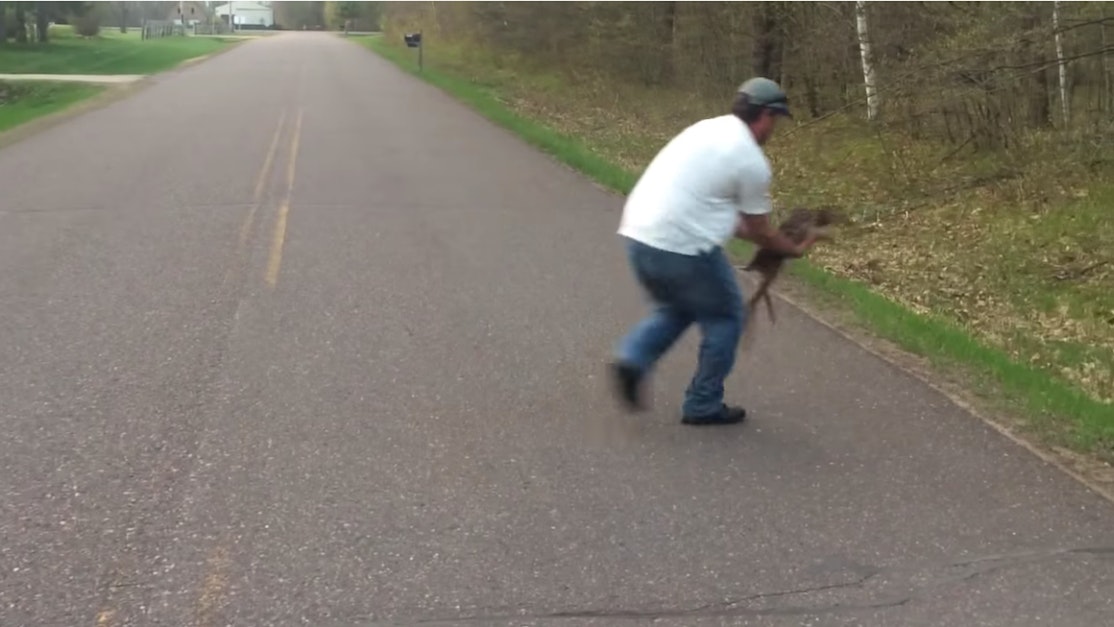 The fawn started trying to get out of Paul’s hands, moving its legs just as he had stepped out of the road and onto the grassy shoulder. One of the guys said: “Don’t drop it!” Luckily, Paul had a strong grip that enabled him to lower the fawn closer to the ground, and then he let go.
Suddenly, the baby deer leaped into the woods and away to where his mother was waiting. The guys stood in amazement.


Their Mission Was Accomplished 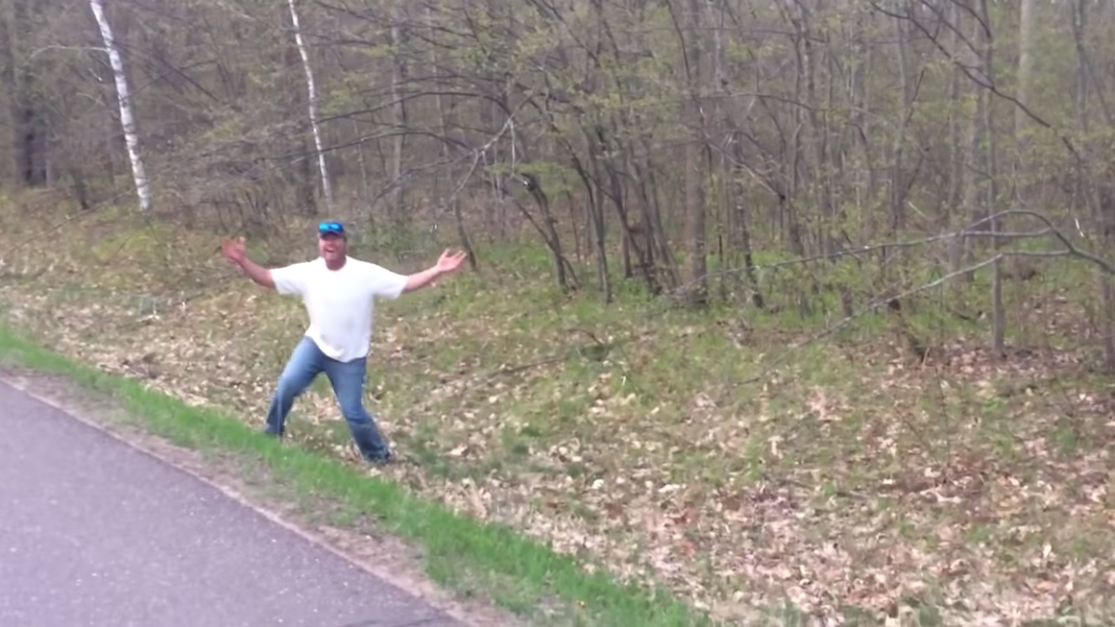 Paul turned to look at his friends with an ecstatic look on his face as soon as he saw the fawn leaping towards its mother, “Yeah!” he shouted, with his arms in the air. The other men were also delighted that the mission was accomplished.
One of them exclaimed that it was “awesome!”. Steve, knowing what a remarkable moment it had been, decided to post the video online. But reactions differed.


Could They Have Done It Differently? 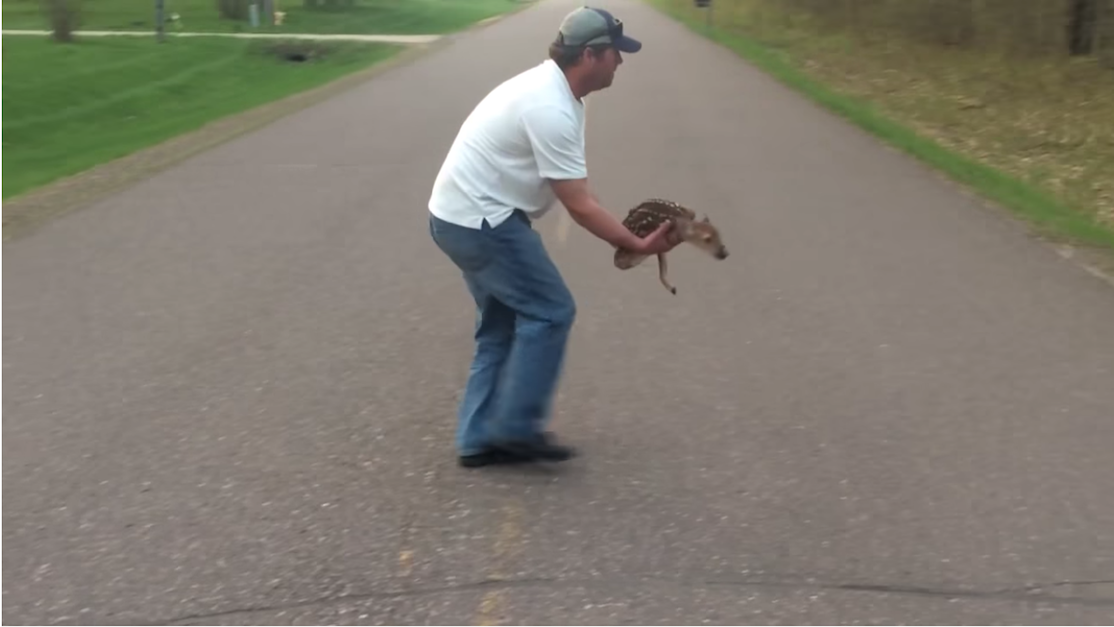 Some people were critical and noted that the fawn’s mother was right there and the fawn would probably have made its way back to her if the guys had left it alone. However, most people praised Paul’s actions for helping save the baby deer.
Steve’s video of the incident has since been viewed over five million times. But is the negative commentary warranted? 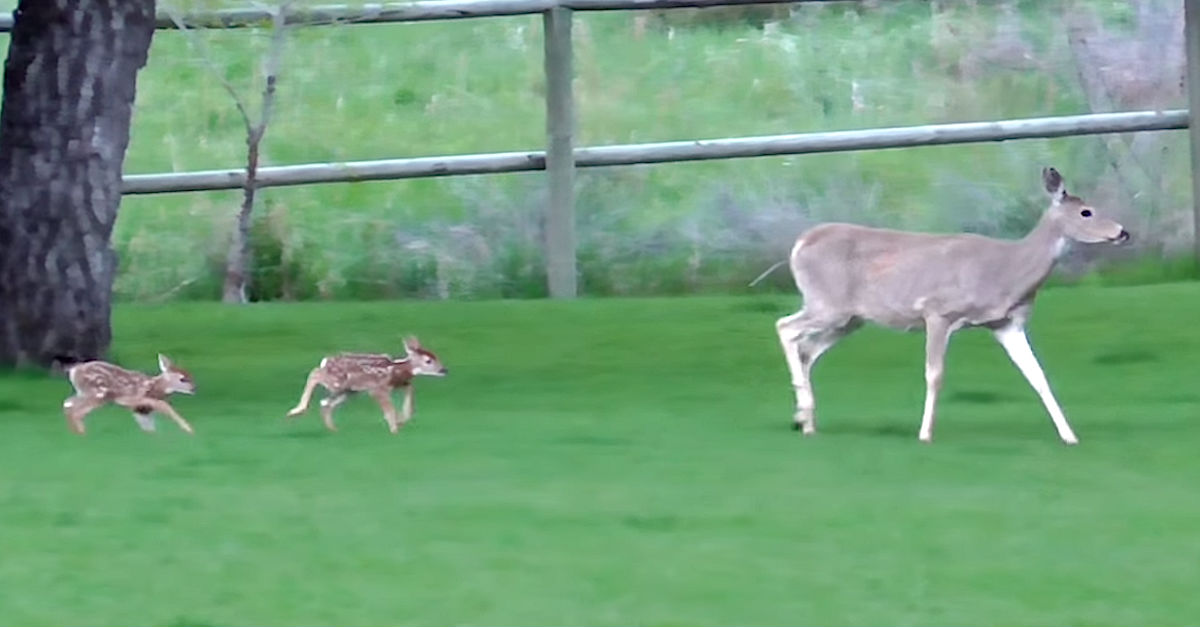 As a person, it is normal to worry that a baby by itself may be in trouble, but according to the Virginia Beach Society for the Prevention of Cruelty to Animals, female deer do tend to leave their fawns on their own while it’s light out, and they always come back.
Most of the time it is best to leave them alone because handling them could lead to dire consequences. The lingering human scent on a faun could cause their mothers to reject them, so wildlife experts generally advise against touching baby deer. The Washington Department of Fish and WildlifeIf recommends that, if you must handle them, you “rub an old towel in the grass and wipe the fawn to remove human scent” afterward.
Paul had no time to clean the fawn off before it ran off — but this doesn’t mean that what he did was wrong. 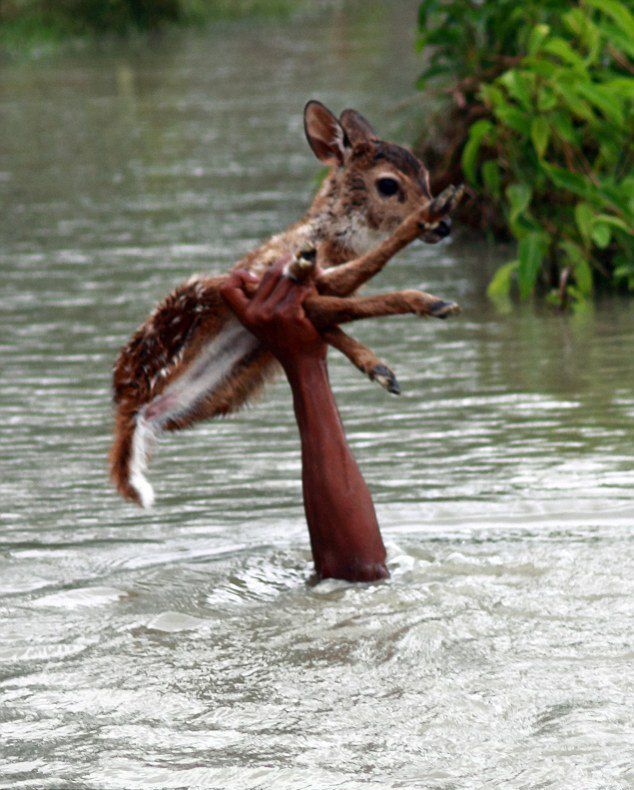 “If the fawn is found in a dangerous place… [it] may be picked up and immediately moved several feet away from the danger,” The Virginia Beach Society for the Prevention of Cruelty to Animals says on their website.
They would definitely have approved of what Paul had done that day. And we agree, too!
Must Read
Genome Studies Manage To Find A New Branch Of Fungal Evolution
European Space Agency Budget Increases By 10 Billion For The Next 3 Years
Artemis 1 Finally Launches: What It Means For Space Travel And Exploration