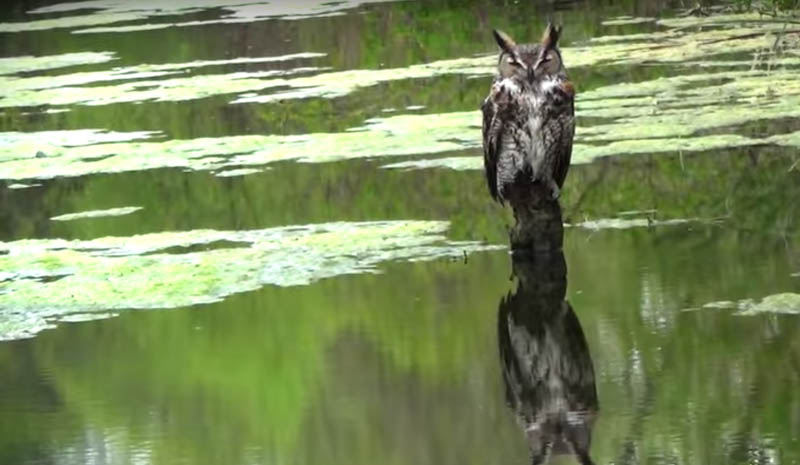 A Race Against Time

One man valiantly ventures out to help rescue an owl. But when he gets to the bird, it may be too late.
His heart sank as he realized what was going on. They had spent hours trying to solve the mystery of the owl in the pond, and finally, they knew. And it was not good news. The worst part was, there was no one around who could help.
The staff at the course were no wildlife experts and didn’t know what to do in this situation. But it seemed there was no choice — it was now or never. 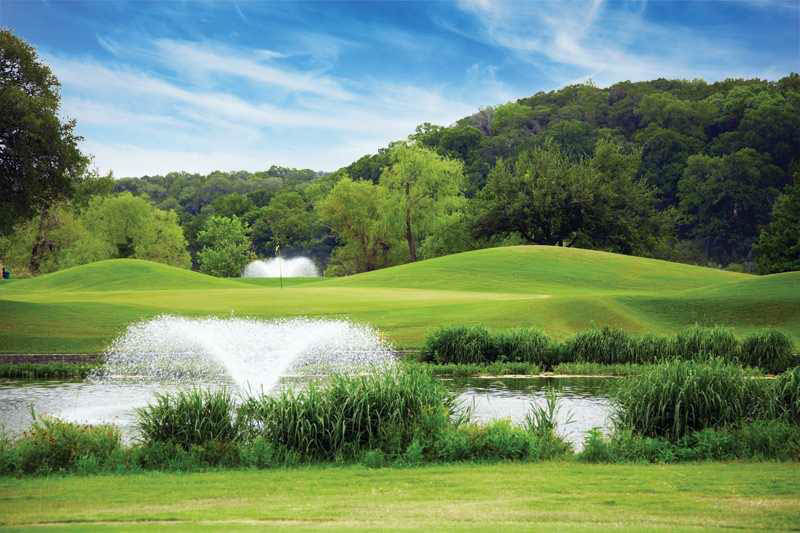 Despite being surrounded by nature, Craig Loving never thought he’d find himself in this situation. He was the superintendent at the Lost Creek Country Club in Austin, Texas. Situated along Barton Creek, the club offers scenic views as well as plenty of trees and numerous ponds throughout the entire golf course.
Wildlife can also be spotted every once in a while. But this owl sighting was unlike anyone there had ever seen — and one none of them would forget.

One ordinary morning, country club staff Devin and Dora were doing the rounds along the golf course. At one point, a group of golfers flagged them down and pointed them to a pond near the first tee box. There was a great horned owl perched on a tree stump in the middle of the pond. The golfers said it seemed to have been standing there for hours.
Then Dora realized something that made her gasp. 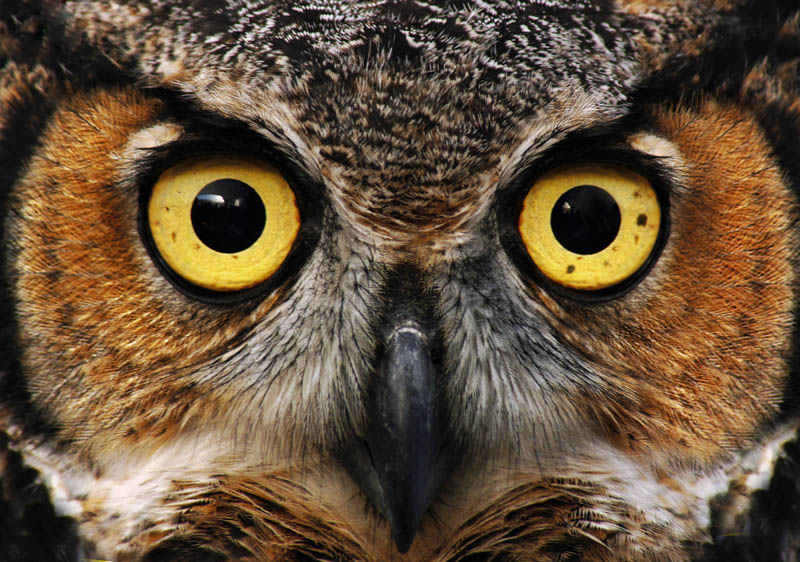 Dora realized she had seen that very same owl, in that very same spot, the night before. This probably meant the owl had been perched there the entire night and into the morning. She was no wildlife expert, but she knew this was not normal owl behavior.
Most owls hunt at night and roost in trees, caves, or shrubbery during the day. But this owl had let an entire night pass by without hunting and then left itself exposed once daylight came. Something was terribly wrong.


Trying To Resolve The Situation

Devin and Dora called Craig to the scene. He was no wildlife expert either, but he decided to get closer to get a better look. At that point, people had started gathering to look at the owl in the pond. Craig knew this might bring some trouble because golfers at the course like to play their rounds undisturbed and a large crowd would prevent that.
But when he finally figured out why the owl was there, he knew he had something bigger to worry about.


A Creature In Need 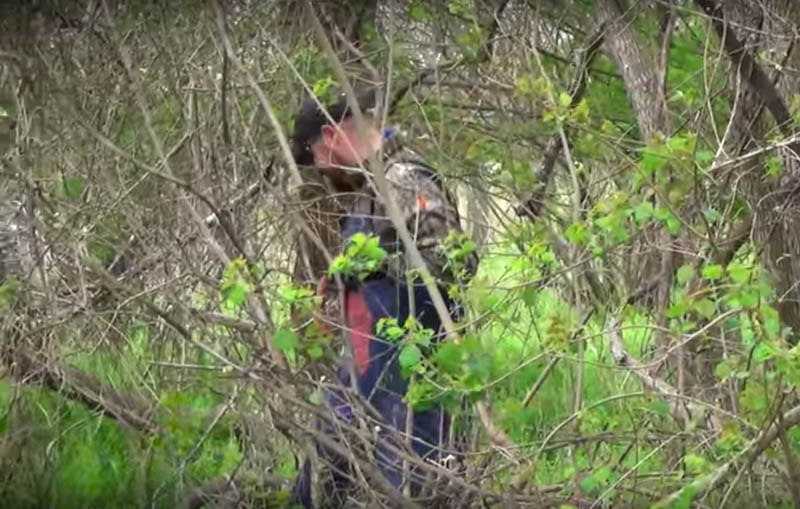 As Craig walked up to the edge of the pond, he realized the owl wasn’t standing there of its own free will — it was stuck. The owl had been caught in a fishing line that had been left hanging from the shrubbery around the edge of the water. With the line preventing it from taking flight, it had no choice but to perch on that solitary tree stump.
Craig was incensed — and somebody was going to pay. 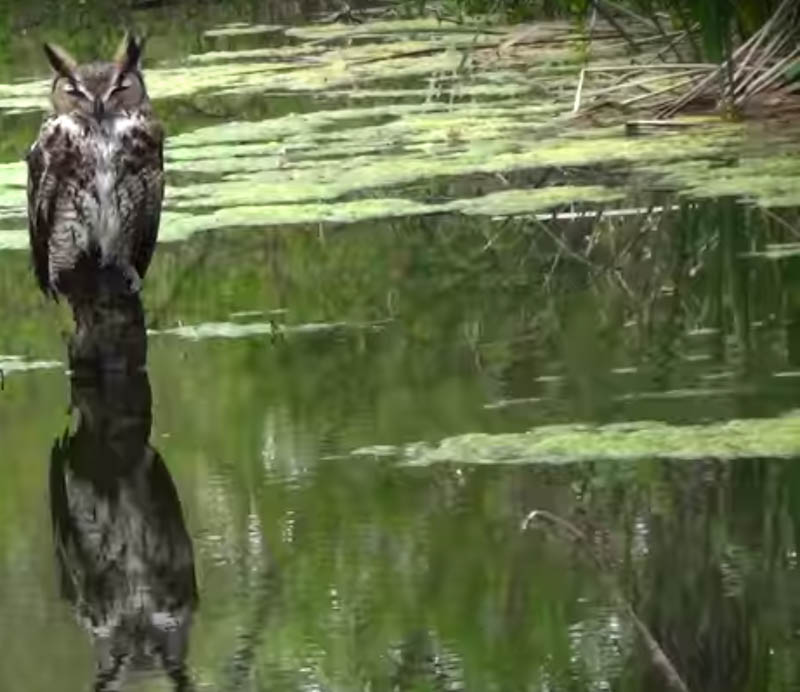 Some golf courses in the U.S. allow fishing on their grounds with special permits, and Lost Creek was one of them. But responsible fishers should know to properly dispose of their fishing lines. Craig would have to speak to the club managers — perhaps they’d even have to ban fishing. That was a fight for another day, though.
Right now, Craig had to figure out how to untangle the owl… and he had to do it fast.


No One To Help But Him

Craig tried to get a hold of a wildlife rescue professional — someone who would know the best way to free the owl without hurting it. However, it was a weekend, and he couldn’t find one that was available. But leaving the owl out there was not an option for Craig.
He couldn’t stand to see such a beautiful animal in distress. And that’s when he decided he had to take matters into his own hands. 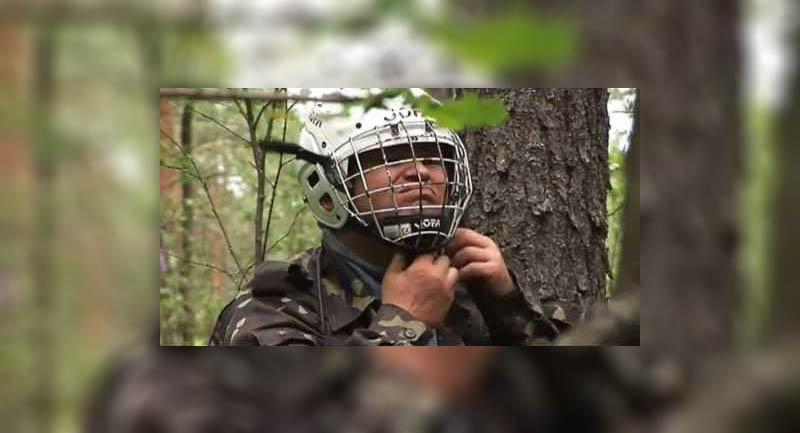 “The fishing line was wrapped around its wing, so they were gonna try to get somebody to go out and get it,” he explains. “And I guess I volunteered.” But first, he had to get properly equipped. He donned a pair of fishing waders along with knee-high rubber boots. He put on a pair of safety gloves and headed out into the pond.
But rescuing that helpless creature was not going to be easy. 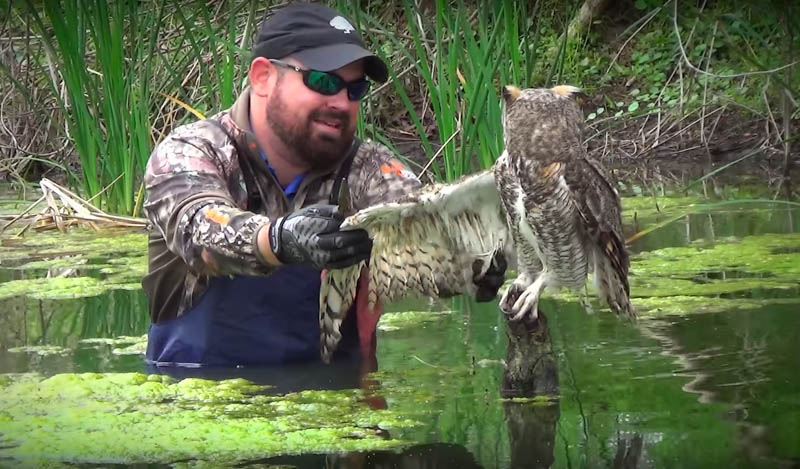 Craig waded into the pond, making sure not to slip on the mud that lined the bottom. He slowly made its way to the center, where the owl stood there, stoic.
Craig surveyed the scene, figuring out that the fishing line was wrapped around both the owl and a branch. He cut the line and freed the owl from the branch. But the ordeal wasn’t over.


Between A Rock And A Hard Place 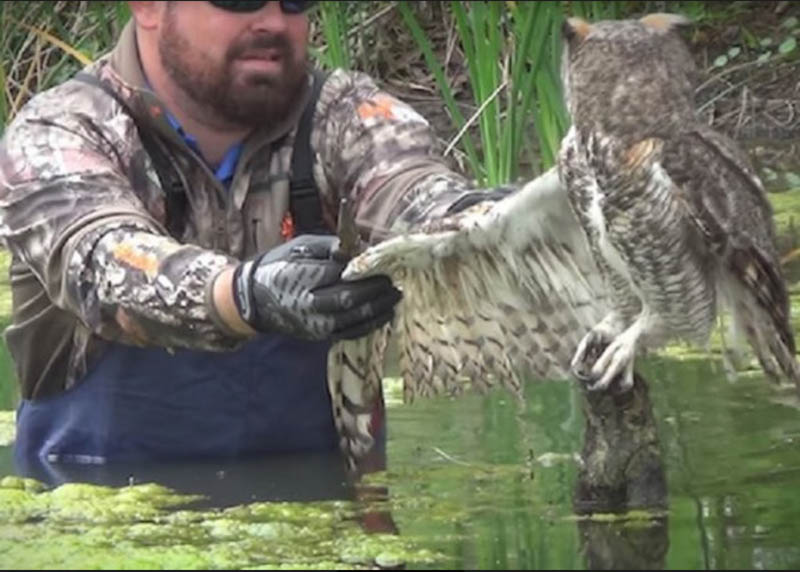 The fishing line was wrapped several times around the owl’s wing. Craig had a daunting task ahead of him. Tenderly, he placed his hand on the owl’s wing and carefully unwound the line, trying to make sure he wasn’t hurting it.
But the bird didn’t like being manhandled like that. Craig was about to be on the receiving end of an angry owl.


The Owl Freaks Out

The owl turned its head and snapped its beak at Craig, making its displeasure known. “It kept slamming its beak down, like trying to say ‘hey, I don’t like this,’” he remembers. “But I kinda talked to it a little bit.” Craig tried to soothe the owl with his voice while he finished untangling the line and inspecting the wing for injuries.
Finally, the bird was free. But it didn’t seem to realize it. It stayed frozen in place.

Craig thought perhaps the owl was exhausted from standing there for 12 hours without food or water. But he wasn’t about to give up on the bird now. He waded back to land and asked his staff to bring him a shovel. Craig took the shovel back to where the owl was and offered the handle up as a perch.
After a few seconds, the bird climbed up on it. Craig then slowly transported them both out of the pond. Would the owl be able to fly away? 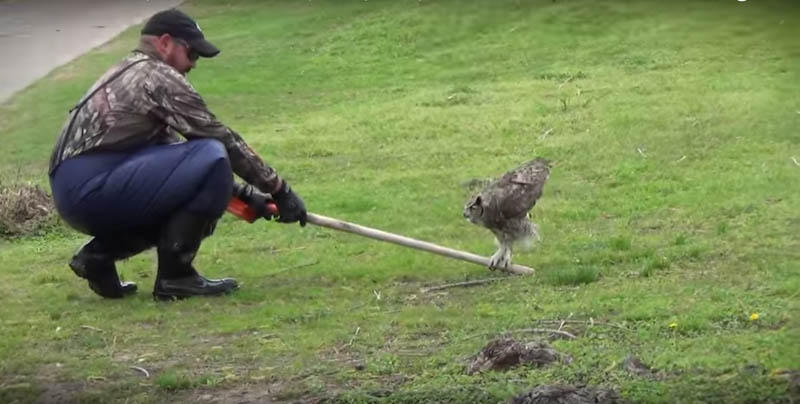 Gingerly, Craig lowered the shovel handle and let the owl step down and onto the grass. Still, it wasn’t flying away. The superintendent was now worried its wing might be injured, but he had to make sure. He crouched down and slowly inched closer to the bird, then reached out to touch it.
And that’s when the miracle happened.

Craig gently grabbed the owl’s wing to search for signs of injury. But he didn’t see anything wrong. The owl took a few steps back, then spread its wings and flew away.
It was a breathtaking sight. “It was definitely the first time I’ve ever done that, so it was a new experience,” reflected Craig. “A little intimidating, especially when its beak started snapping at me. But it was cool. It was definitely very cool.”
Must Read
Three Indigenous Tribes In The United States Will Get $75 Million For Relocation Due To Climate Change
A New Supercomputer Simulation Animates An Incredibly Accurate Look At Universal Evolution
Genome Studies Manage To Find A New Branch Of Fungal Evolution