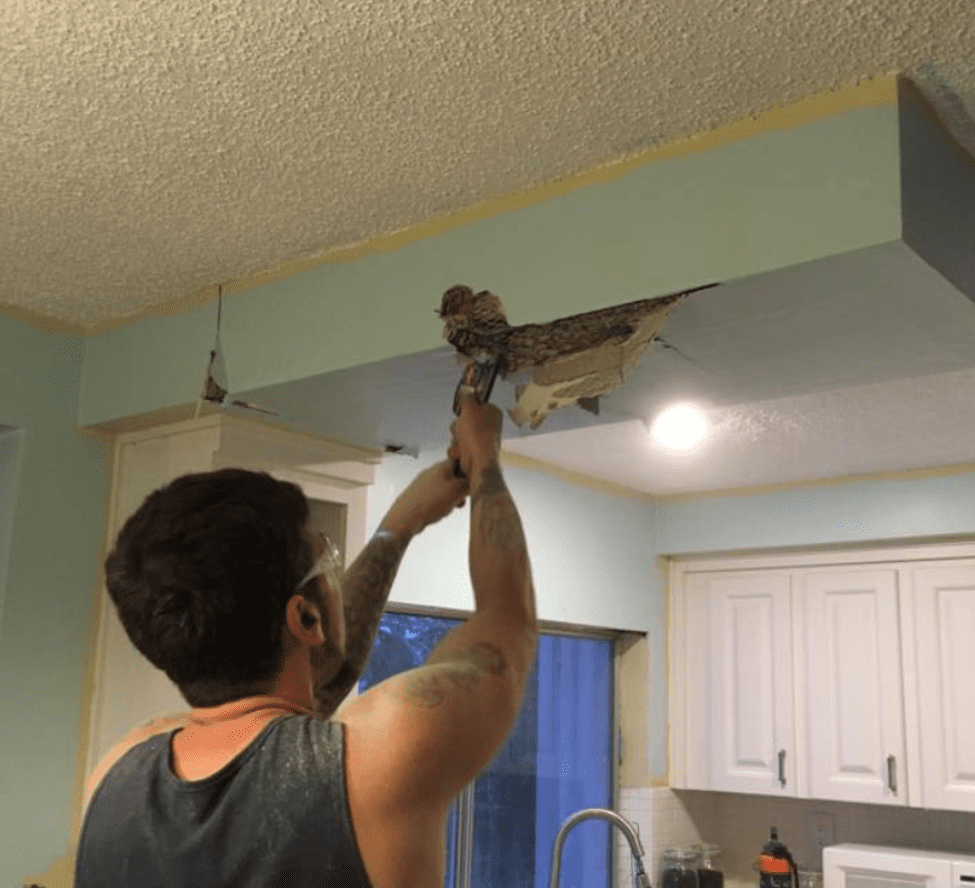 A man was renovating the kitchen of his house when some strange things started falling from the ceiling. Work came to a halt with surprising discoveries.
Bobby Kapsidis is an airplane mechanic who would saw and lever with a crowbar into a ceiling full of surprises. 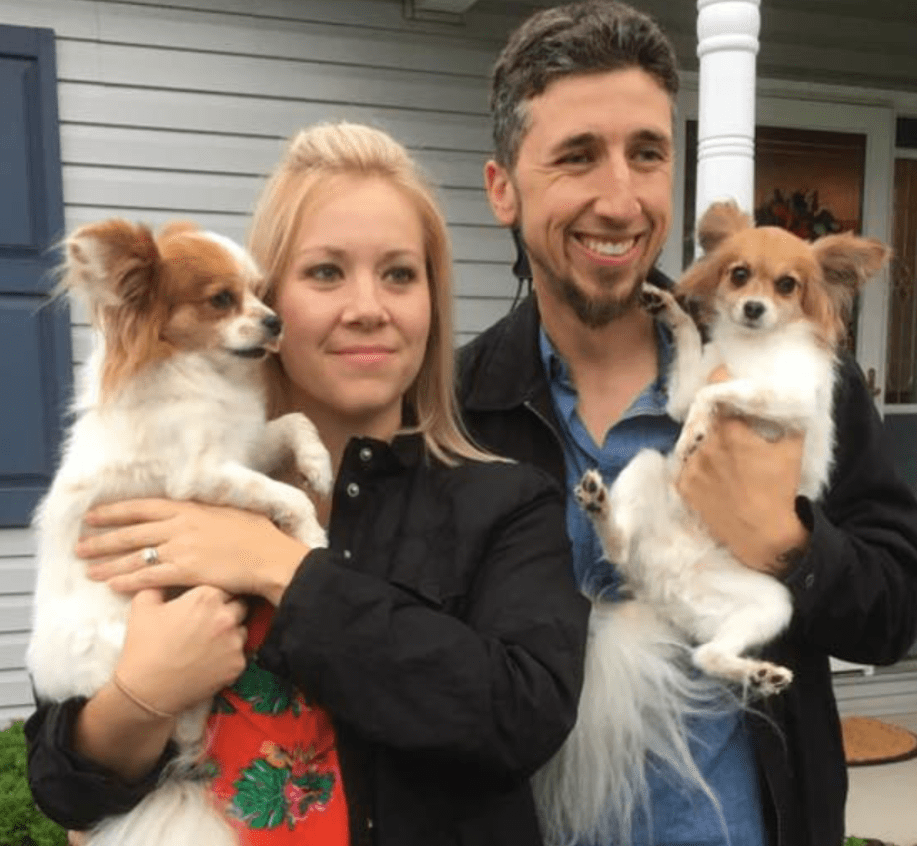 Bobby and his wife had bought the from his mother, so they wanted to do some renovations.
Megan wrote on Facebook: “Finally in Florida and working on our house!” 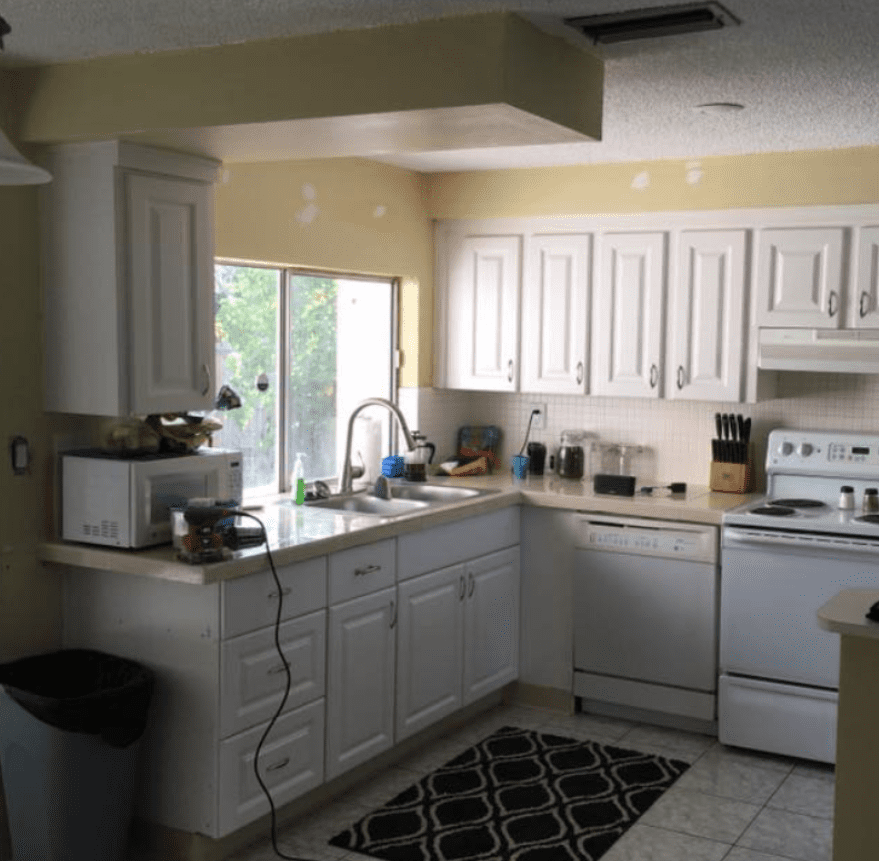 Renovations were taking place in Holiday, Florida when the items fell from the ceiling and hit him right in the face.
What exactly would be stuffed in somebody’s ceiling, you may be asking yourself. The renovation plans included painting the interior and exterior walls of the house and removing an intrusive soffit that jutted out into the kitchen, across the ceiling.
What would they do with their discovery? 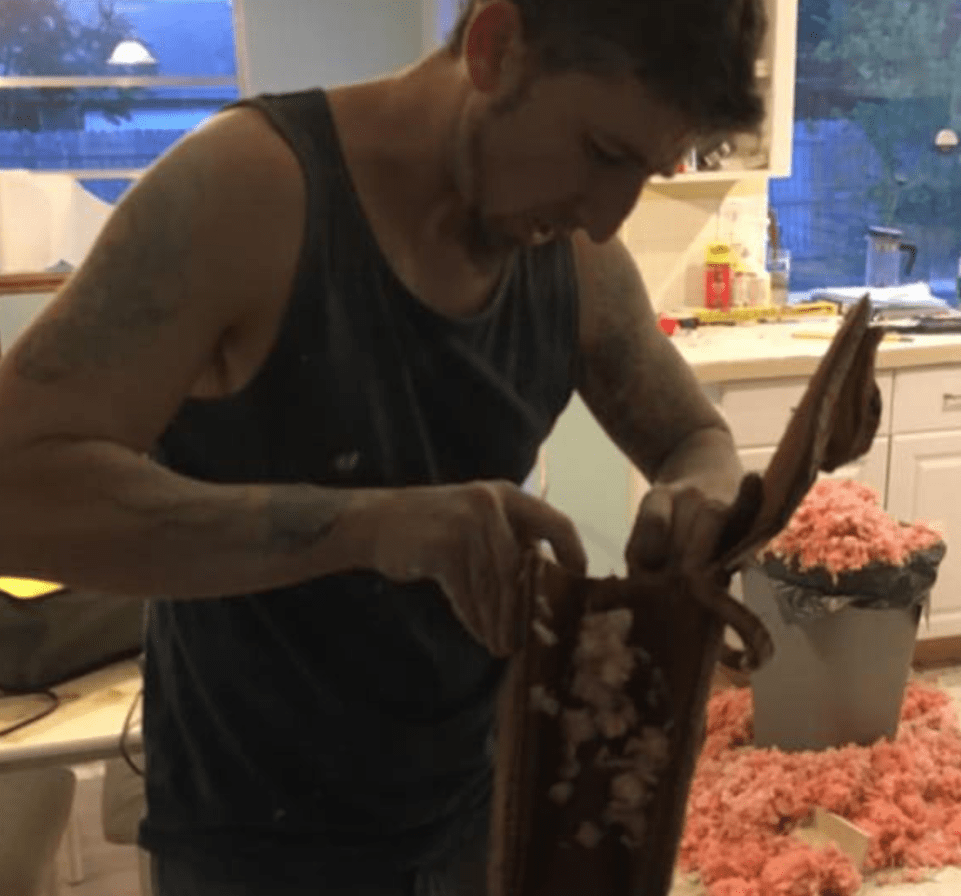 The find would halt the renovations to the house. Megan would post the exciting news on Facebook. And with this, national news outlets were soon knocking on the door.
What were the items that were found? 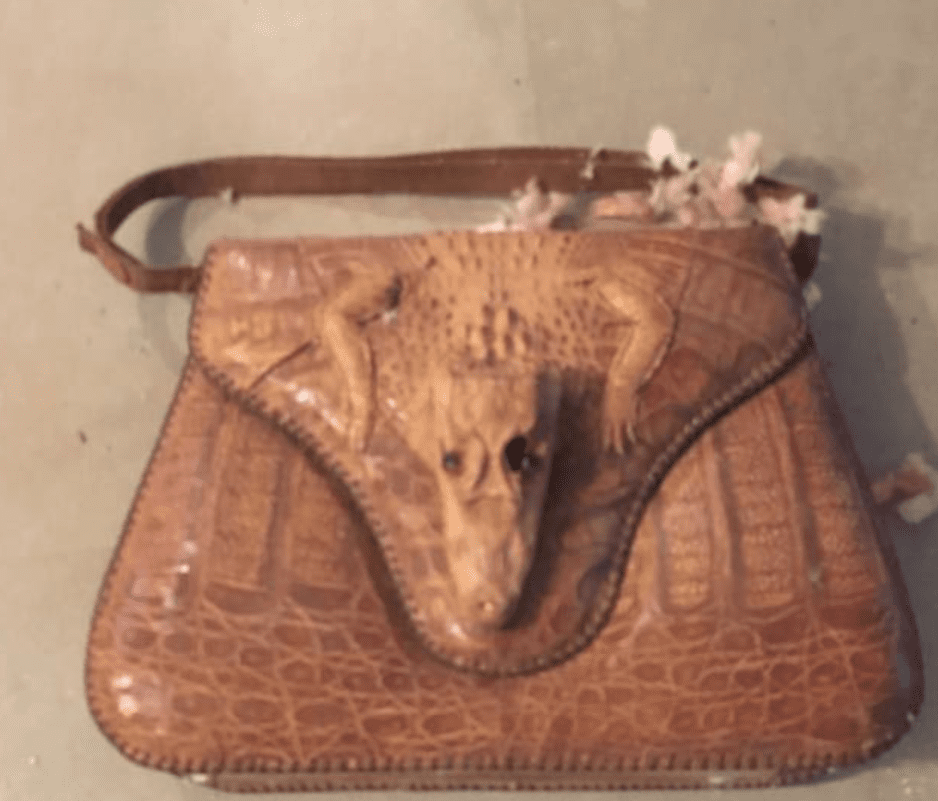 Firstly, a handbag would drop from the ceiling and knock Bob in the face. This must have been quite a scary moment because this is surely quite a foreign object to fall from a ceiling in the first place.
What did the handbag contain? 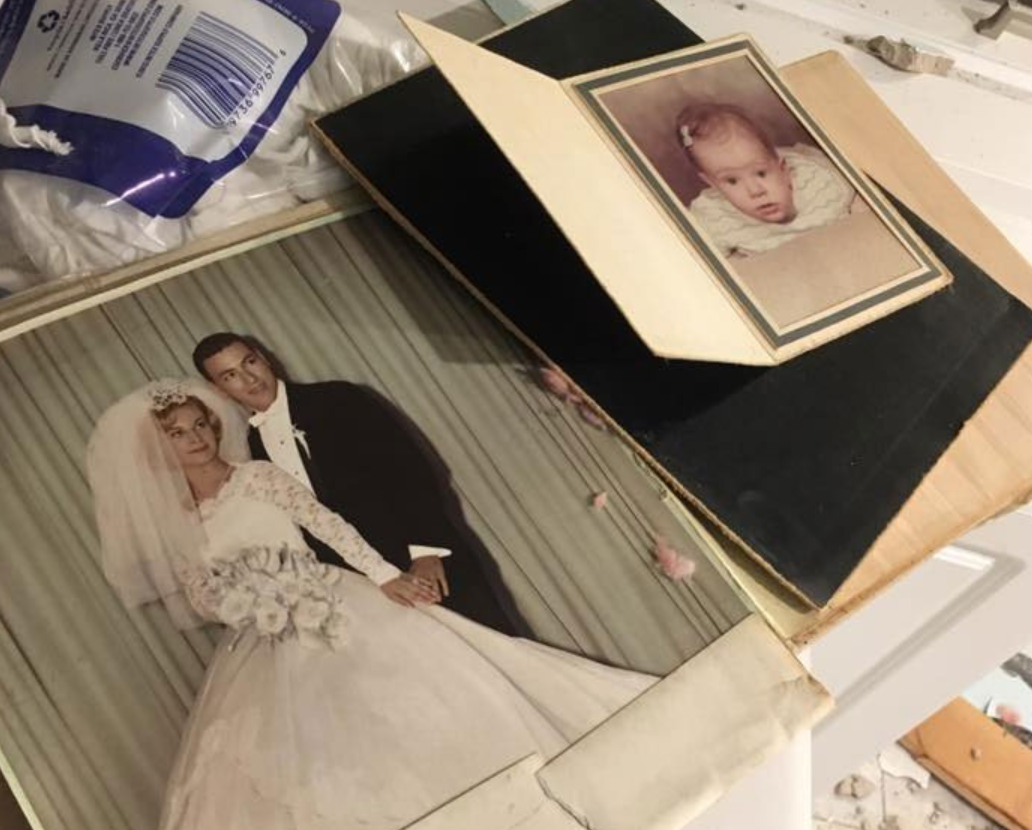 The handbag was a ’40s or ’50s alligator leather handbag, complete with head, tail, and legs. But it didn’t contain much. Stuff just kept falling from the ceiling.
With this, there were some beautiful photographs that were also found. Of what exactly? 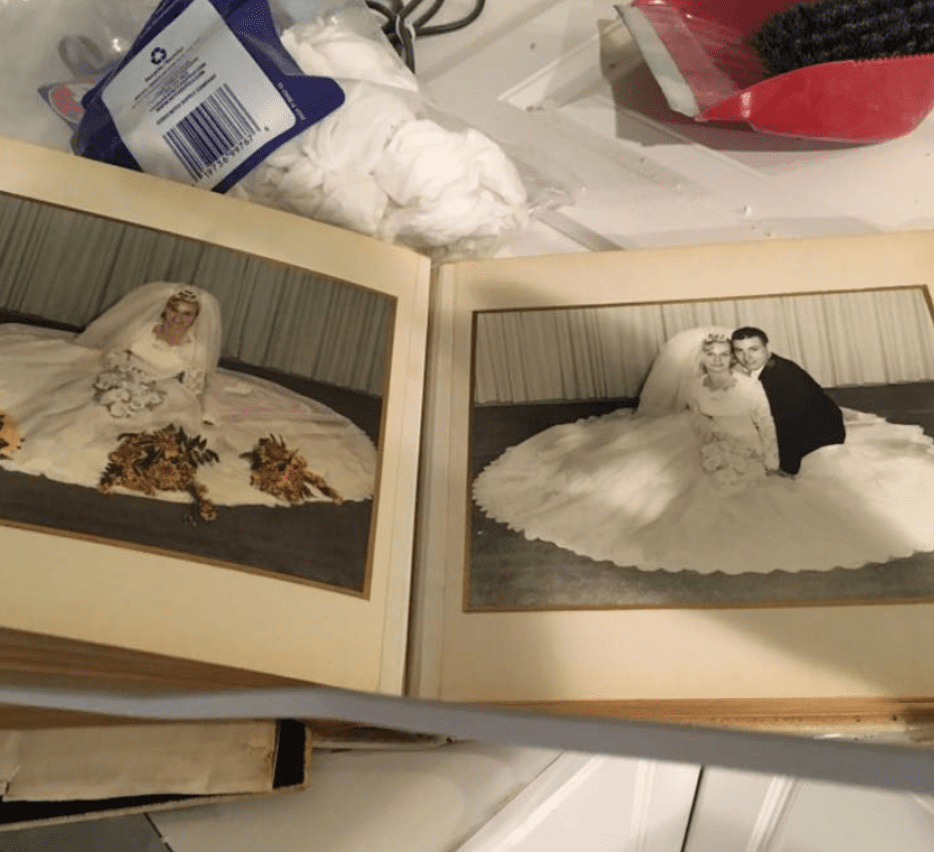 An entire wedding album would come out of this ceiling. Bobby was wowed.
One small clue would locate the owners of these items, so that they could be given back, after decades of being forgotten about.
Must Read
Early Human Migration To The Americas Now Linked To Climate Change
Can Science Bring Back The Dodo Bird? One Lab Thinks It Can
Human Geneticists Finally Apologize For Horrific Past Experiments On Humans