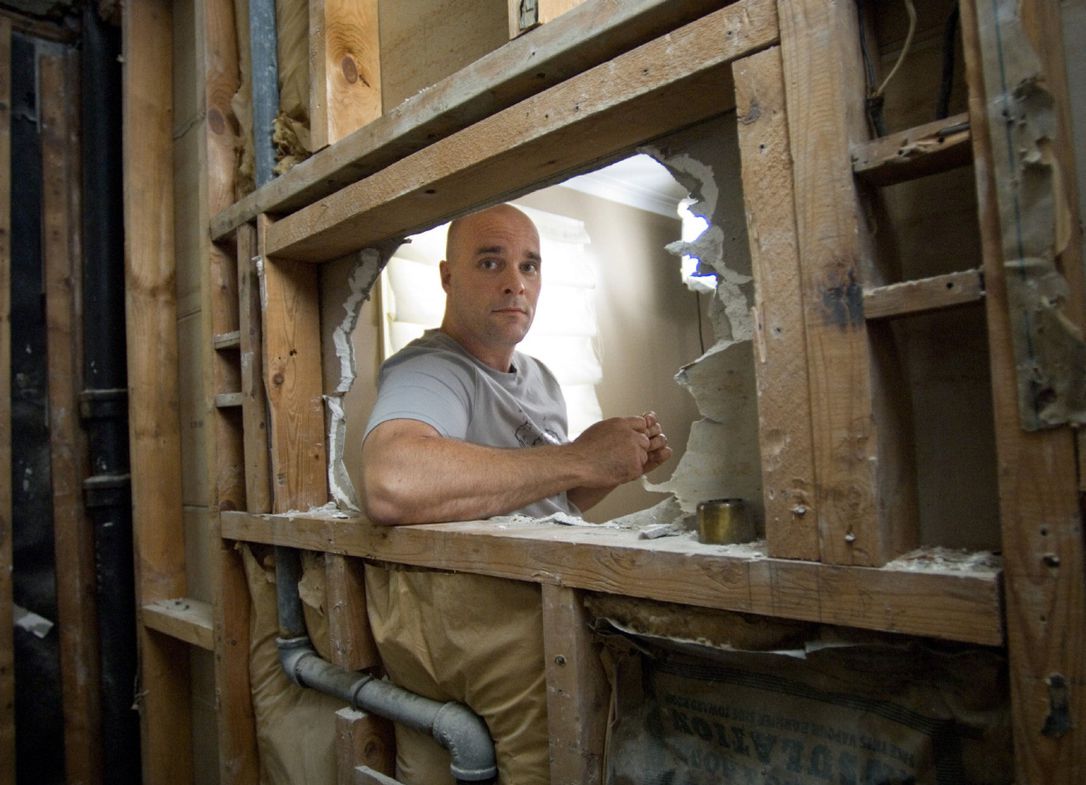 He begins to chip away at the outer layer of the wall in the basement, but as the opening grows larger, he notices something strange.
What he had assumed would be mud and dirt behind the wall is something else entirely – a dark and deep cave opens up before his eyes, and cold blast of wind rises from the darkness, chilling him to the marrow of his bones. He had no idea that he’d stumbled upon much more than a cave — it was a 1,500-year-old relic. 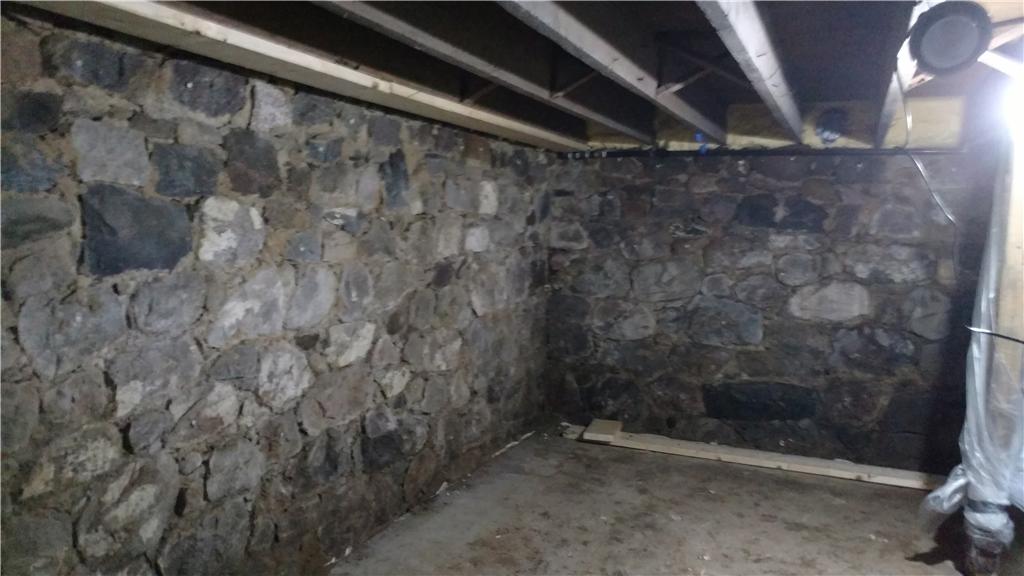 A man living in a remote village in Nevşehir Province, Turkey, was growing tired of his living conditions. He and his family had lived in this stone house for generations, and it was becoming too cramped for him to bear.
He was unable to afford skilled laborers to extend the home, so he decided to do it himself. 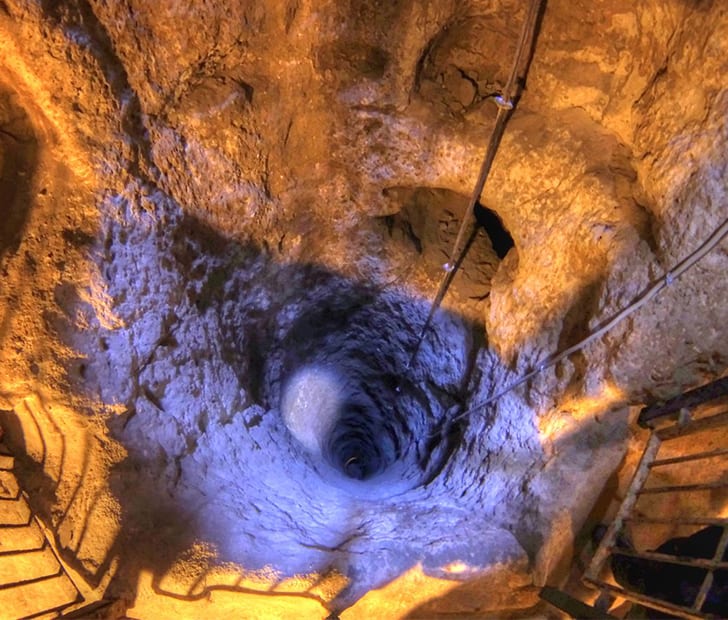 He reasoned that if he knocked down a wall in the basement, it would be a simple enough task to widen the space and create another room. But what he didn’t know was that it wasn’t going to be as simple as he had initially thought.
Just on the other side of the wall, there was secret hiding that would make a grown man shake in his boots. 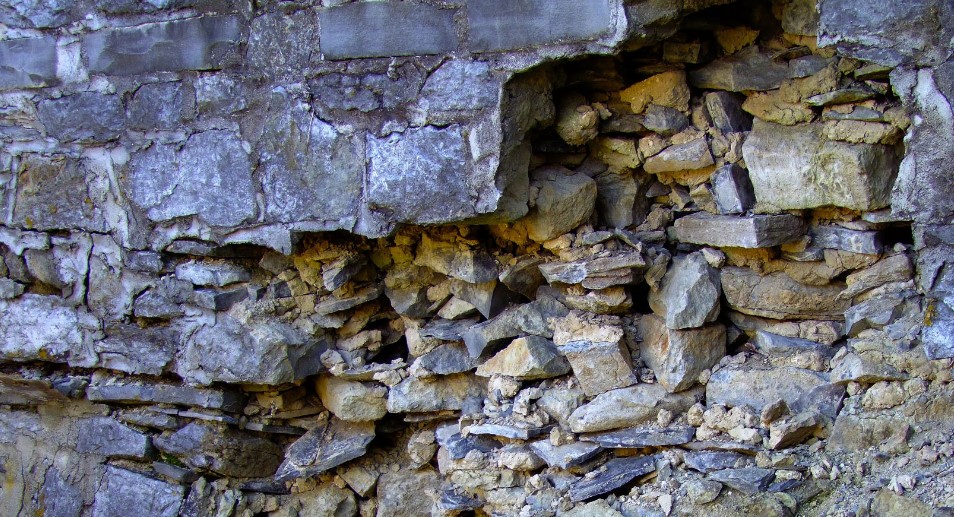 The man, who wishes to remain unnamed, began his DIY project on an ordinary day. He carefully inspected the basement before deciding on the best spot to start his renovation.
He made the first swing and struck the stone, and was pleased to see the rock start to crumble with little resistance. Easy enough. 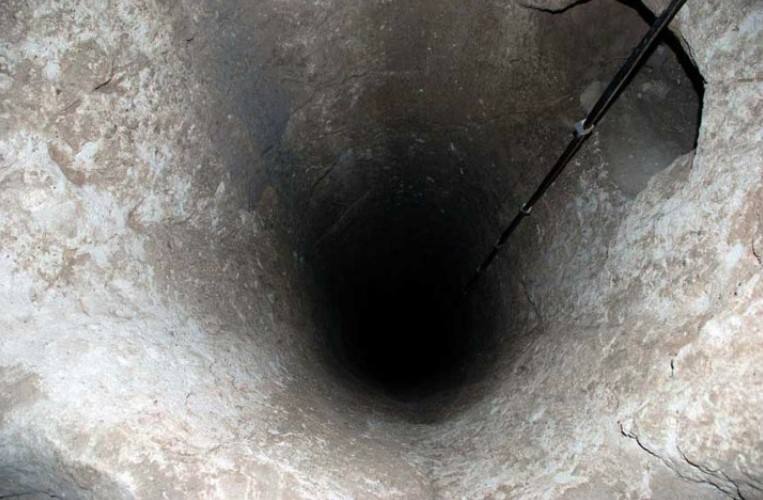 He began to chip away at the wall, pulverizing the rock into a fine powder until he had broken through to the other side. But when his chisel seemed to hit emptiness, he was taken aback.
He began to chip faster and widened the hole he had made, just enough to peer inside. To his surprise, behind the wall was an empty space. Suddenly, a cool wind rose up out of the hole, and all the hairs on his arms began to prickle. He furiously got to work, chipping away until he had made the hole big enough to enter. He had to know what lay inside.
The opening was so dark that he couldn’t see beyond a few inches. Mustering all his courage, he grabbed a flashlight and crawled through, disappearing into the darkness. 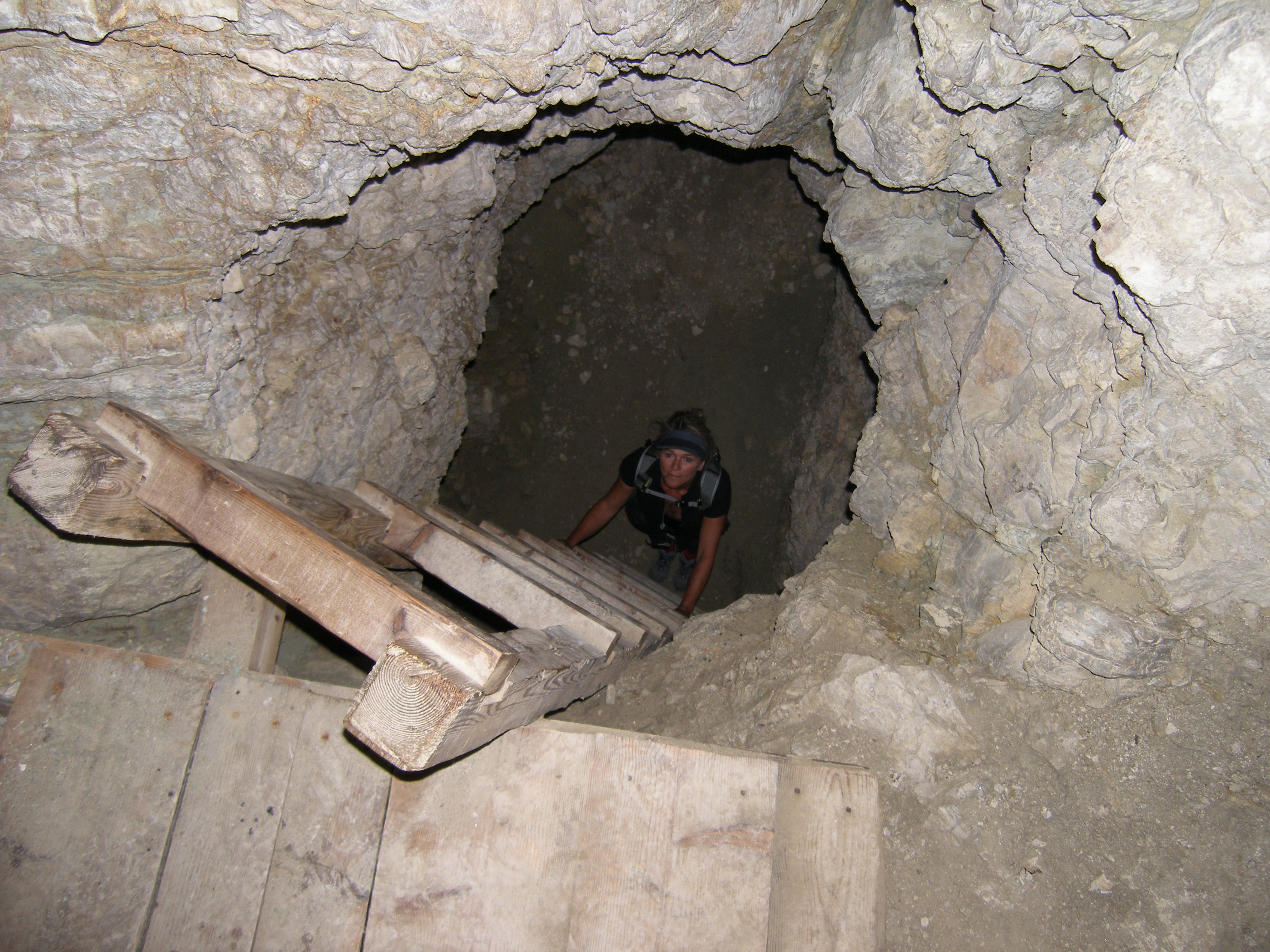 The man was surprised to see that he had entered a narrow chamber of some kind – a secret room. He shone his flashlight on the walls and the floor, but it was completely empty.
Then, he spotted a doorway on the far side. He continued to walk forward, deeper and deeper underground, and fear filled his heart. Visions of snakes, scorpions, and other unknown things ran through his head as he continued. What could be hiding here, down in the dark? He had told no one of his discovery behind the wall, what if he became trapped down here?
He took a deep breath and rounded the corner, where he was met with a sight he will never forget. A vast chamber opened up in front of him. It had been carved into the volcanic rock underneath his house, like a subterranean hideaway. But what had been hidden here? And who had made it?
But he didn’t have time to dwell on these questions for long. There was a stairway carved into the rock, and it led to more caverns. Just what had the man discovered beneath his home? He had a feeling that the secret entrances and tunnels went on for a long way, but who would have built such a thing? Were they catacombs? And were there still people living inside?
With a chill running up his spine, he turned back. It was time to call the authorities.


The Authorities Step In 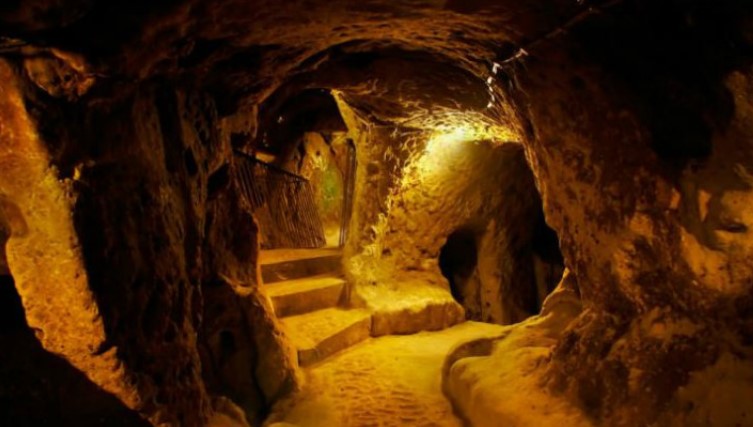 Experts at The Turkish Antiquities Authority were puzzled at the discovery, at first. They had no idea that one of the greatest archaeological finds ever found had been right there, hidden underneath someone’s house.
After some investigation and exploration, they revealed the mind-bending truth of the mysterious subterranean caverns. And their astonishing conclusion floored everyone. The experts say that the construction of the underground city had begun as early as the 7th Century B.C. by the Phrygians or Indo-Europeans. And all the researches were stunned to learn how deep the city actually went.
The underground city is a marvel of engineering and is one of the largest ancient man-made underground sites in the world. The caverns are about 200 feet deep and descend 18 stories below the ground. Researchers estimated that the subterranean city would hold around 20,000 people, and provide them with all basic amenities.
There were large storehouses and even tombs found underground. But who were these people who chose to live so deep underground? And just what had they been hiding from? Researchers were baffled by the amazing find. They knew that the first inhabitants of this region had been an ancient Anatolian people called Hittites. They had established an empire here in 1600 B.C. and they were then taken over by the Persian Empire.
But could they have built this marvel underground? And why? The surrounding area that is located high on the Anatolian plateau is dry, arid, and is the home to at least 14 volcanoes. Could these volcanoes be the reason why an entire civilization decided to flee into the depths of the earth? Were they trying to escape?
But there is another reason why the underground lair was built. Archaeologists have found over 100 secret entrances to the underground lair, scattered above ground and well-hidden. If a secret entrance was found, they were only wide enough to permit one person to enter at a time.
This ensured that an armed horde of enemies would never be able to lead an attack on the people hiding underground. Conspiracy theorists have speculated that the ancient underground city was built to protect its inhabitants from alien invasions, but most people agree with the experts — it was a fortress to protect the citizens from the dangers of war.
But what about the man who made the discovery? His identity still remains unknown. It just goes to show that you never really know what lies in the dark, underneath your own home.
Must Read
Human Geneticists Finally Apologize For Horrific Past Experiments On Humans
The World Is Now 90 Seconds To Midnight
New Study Suggests Teacher Evaluations May Perpetuate Academia's Gender Biases