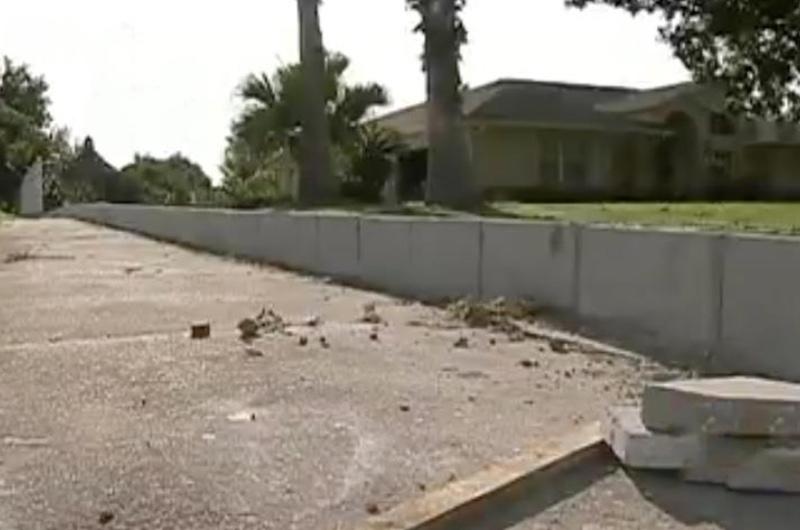 He didn’t like being the one to approach people. Conflict just wasn’t in his nature. He had lived for many years without ever needed to so much as raise a fist in his quiet neighborhood. But now things had changed.

He had thought about it enough, he knew that his actions wouldn’t only affect him, but his entire neighborhood. But his decision would have his neighbor questioning him. 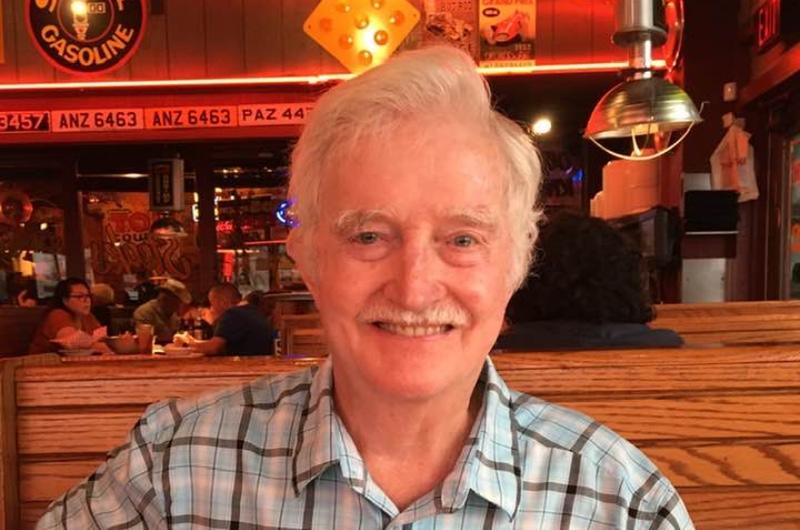 Oliver Lynch was a man who lived in Osceola County, in Florida. Not once in his 25 years of living there had he ever had an argument with a neighbor. He had never been in a situation quite like this before.

Osceola was quite the opposite of a sprawling city. This was a quiet place for older people who had moved there looking for peace and retirement.

Oliver had a cabin north of Osceola in the country and liked to spend some time away there. But when he got back from his little vacation he didn’t really expect to come back to something quite different.

After taking some time off to feel relaxed he now felt quite the opposite, what was in his driveway was unbelievable. He could feel his hands clench into a fist.

Concrete blocks made an obstruction that would stop Oliver from being able to get to his driveway. This hadn’t been here when he had left, he was sure of it.

He had to narrowly avoid the cinder blocks to get close to his house. Now inside his house, he needed to find out what, or rather who had caused this.

Oliver wouldn’t sit around and take this, he knew he needed to figure this out on his own. After failing to move the cinder blocks himself, he knew he had to find the culprit.

Why were these blocks cemented in place, who could have done this to him? Then he thought about it…

There had been an empty lot next to his property for a while and it had even been rumored to be haunted. There were rumors of someone being buried under the lot.

Oliver wasn’t the superstitious type and didn’t think much of the rumors. But perhaps the new owner was responsible for the cinder blocks? He had to find out.

He had no idea who had bought the lot be he would have to call the owner. Then an idea came to him.

The lot was busy being constructed and there were lots of people on the property with heavy machinery. Oliver needed to approach them and figure out who the owner was.

Surely one of the construction workers knew who owned the property, so he walked over to the lot making sure not to fall over the cinder blocks.

After asking the men on the property he finally had a number that he could call. He just hoped that things could be solved easily, it wouldn’t be the case.

Oliver now sat in his home calling the number he had been giving, he hated confrontations but he knew he had to act, or otherwise, he’d never solve the issue.

A man finally answered the phone and Oliver quickly stuttered his complaint about the driveway. The man wouldn’t accept it and said the blocks were on his property line. Oliver felt his pulse quicken. What could he do next…

Oliver didn’t expect the man to be so blunt with him. He didn’t really know what to say now, he lived there with his driveway for 25 years and couldn’t believe half of it was taken from him so easily.

The man hung up on him and the problem still hung in the air. Oliver knew he had to do something. He needed to find a way of getting evidence that it was his property. But he had to act fast.

Oliver searched extensively through his files to find the property records, which was not an easy task considering he’d bought the house more than two decades ago! Hundreds of boxes later, he stumbled across the one he had been looking for.

But, finally, he found them. Finally, he had proof. But was it too late?

As Oliver read through the files, he savored his victory: the records stated he was entitled to two adjacent 12-foot driveways!

He then drove to the Osceola County offices to corroborate the information and was told the records were accurate. But there was one more problem.

Osceola County told Oliver that, despite proof that he was entitled to that piece of land, they couldn’t force his neighbor to remove the cinder blocks. He would have to hire a surveyor to settle the dispute or take his neighbor to court.

Oliver didn’t want to do either of these, so he tried talking to his neighbor again. But the man wouldn’t even pick up his phone. So Oliver decided to catch his attention in a way he couldn’t avoid.

Oliver contacted his local TV station, WFTV, and told them of his ordeal. The station decided to air a story on the dispute and headed to his neighborhood to interview him.

As soon as the TV crew arrived at Oliver’s home ready for a tell-all story about his neighbor from hell, Oliver knew he was doing the right thing. He had to make his neighbor pay. After all, he was in the wrong. Right?

His Side Of The Story

“I have little fight left in me, and I hate to see somebody bulldoze over me,” he told the TV show. “What’s he going to do with these extra few yards of concrete?”

His plight worked, at least with the public. As soon as the story aired, all the locals were on Oliver’s side. But would that help his case?

The Neighbor Shows Up

About a week after the story had aired on WFTV, Oliver was the talk of the town. Everybody had seen the story on television, but he still hadn’t heard from his neighbor.

But then one day, Oliver’s neighbor came to see him. Given his past interactions with the man, Oliver didn’t have high hopes for this encounter.

Oliver watched as his neighbor walked up to his drive to his front door. With each step his neighbor took, Oliver’s breath quickened.

He thought the neighbor had come to complain about Oliver airing their dirty laundry on TV, or perhaps even to threaten him. It didn’t matter though, because Oliver was ready to fight back.

To Oliver’s surprise though, the man just wanted to simply talk! He asked Oliver to show him the property records and explained to him that he had never intended to cause such a scene. He wasn’t that type of neighbor.

He genuinely thought that piece of land belonged to him. But that wasn’t all.

What Made Him Change His Mind?

Though Oliver could have been spiteful given all that his neighbor had put him through, he was happy to have this civilized conversation. After all, they were neighbors. And Oliver didn’t want to have any bad blood.

He asked the man if he would remove the cinder blocks, and he agreed. But what made him change his mind?

In one of Oliver’s previous interactions with his neighbor, he had learned that the man was a minister. But that didn’t jive with his behavior towards him and their dispute, and Oliver said as much to WFTV.

“[A] God-fearing man. But I don’t think that’s very Christian-like.” Perhaps, after much prayer, the man saw the light and realized he wasn’t being fair to his neighbor. Whatever the reason, Oliver was relieved. But not all neighborhood disputes end so civilly.

A community in Washington was up in arms after a neighbor built a house on his property and painted it pastel purple. They even started a petition against it, claiming the garish paint job would devalue their own homes.

Nonetheless, the neighbor ignored them. But the man whose property was adjacent to the house decided to get revenge in an unusual way.

The neighbor’s home wasn’t adjacent to the purple house, but his field was. So he got on his lawnmower and decided to craft a secret message to his neighbor… that would only be visible by looking at the properties via satellite on Google Maps.

And though his revenge was more subtle than what many others would like, perhaps that’s the best way to resolve a conflict with a neighbor. Of course, you can always get the law involved.

Getting Help From The State

Disputes between neighbors are a part of everyday life. After all, we don’t choose who we live next to and it’s unlikely that we’ll get along with all our neighbors.

Luckily, most states in the U.S. have laws in the books to deal with the most common neighbor issues — from trees to fences to boundaries and more. If you are curious, look up your state’s statutes or court decisions online or at your local government office.