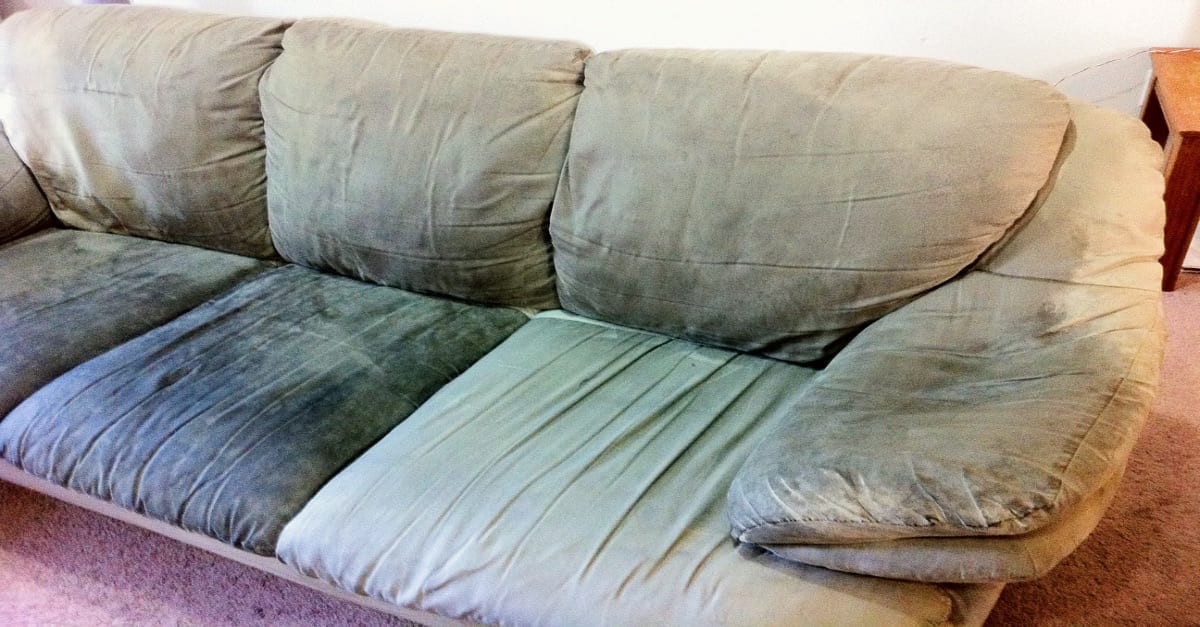 A Michigan man was astounded when he discovered that the $35 couch he bought contained a big secret. After about a month of using the couch he had bought at Habitat for Humanity ReStore, Howard Kirby discovered something amazing.
Hidden inside one of the cushions he found a staggering amount of money. 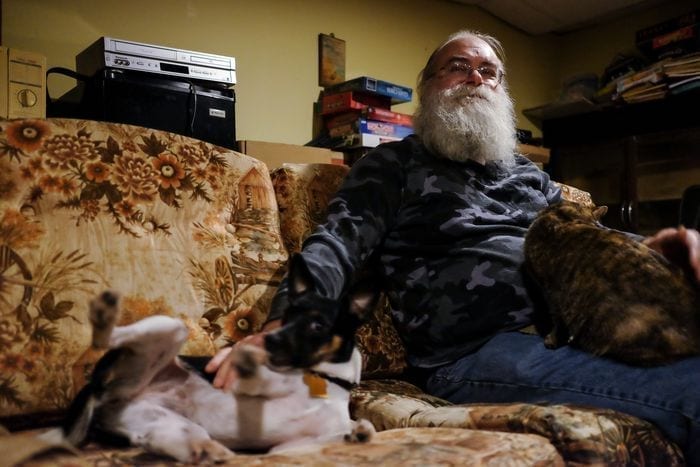 Kirby had found the couch to be uncomfortable but didn’t think too much of it at first. However, nothing made it more comfortable. Eventually, his daughter decided to get to the bottom of why the couch was so uncomfortable.
She opened up the couch and discovered $43,170 worth of cash stuffed inside.

Kirby couldn’t believe his eyes and immediately decided that he had to return the money. “That’s when she started pulling out this,” Kirby said. “I still have to pinch myself to make sure I’m not dreaming or something. It still boggles my mind,” he said.
A legal expert confirmed that legally Kirby had no need to return the money and could keep it for himself. 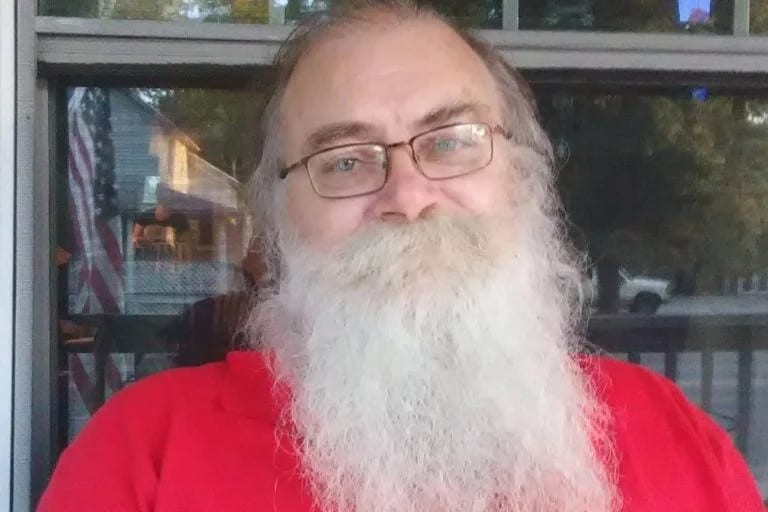 Kirby, however, felt that while it might not be required, it was the right thing to do. So, he reached out to the manager of the Habitat for Humanity store where he had bought the piece. Kirby had always enjoyed buying from the store.
He asked the manager if there was any way to track down the original owner. 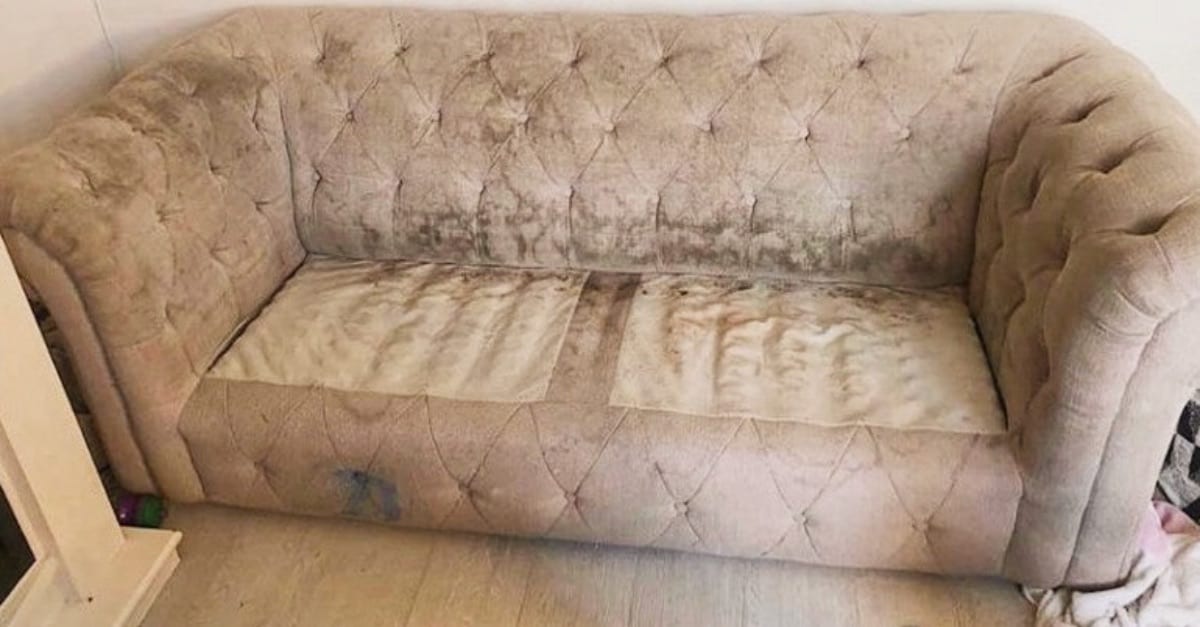 According to Rick Merling, he reached out to the original owner and told them that Kirby found something that “they’re gonna want back.” As it turned out, the couch had originally belonged to Phillip Fauth, the family’s grandfather. He had passed away earlier that year.
The family had contacted the store and asked them to collect the couch. 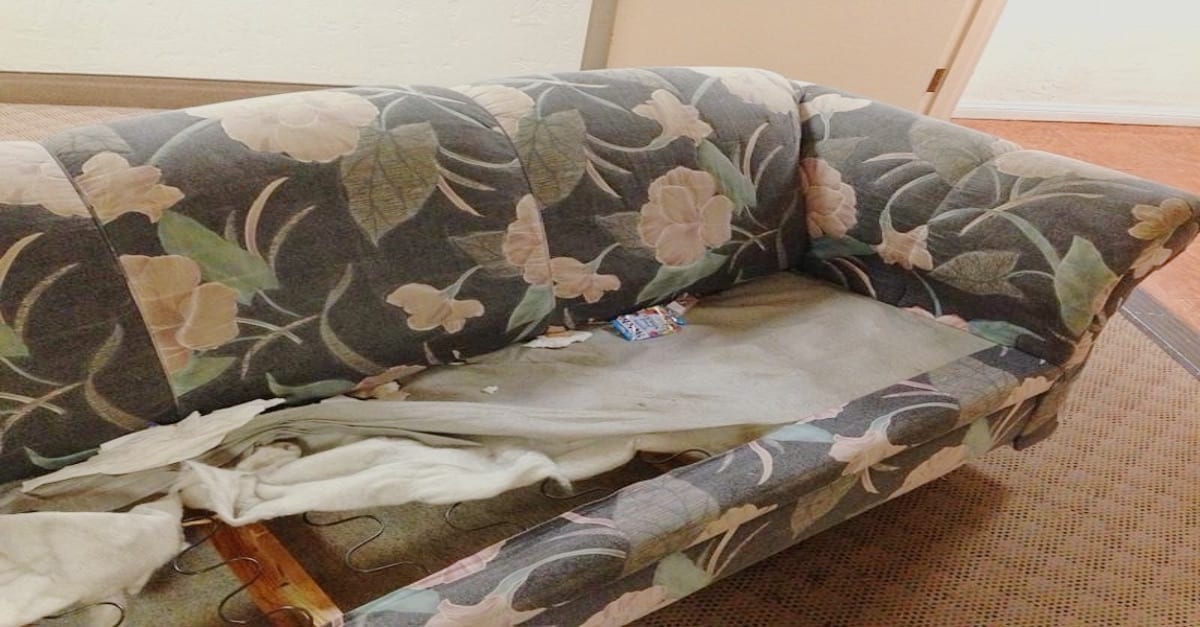 Merling had contacted Kim Fauth-Newberry and she listened to what he had to say. She assumed that he been talking about something like family photos. “I think they were hoping there might be some pictures. They would have never dreamed that it was money,” Merling said.
All in all Kim Fauth-Newberry received a total of $43,710. 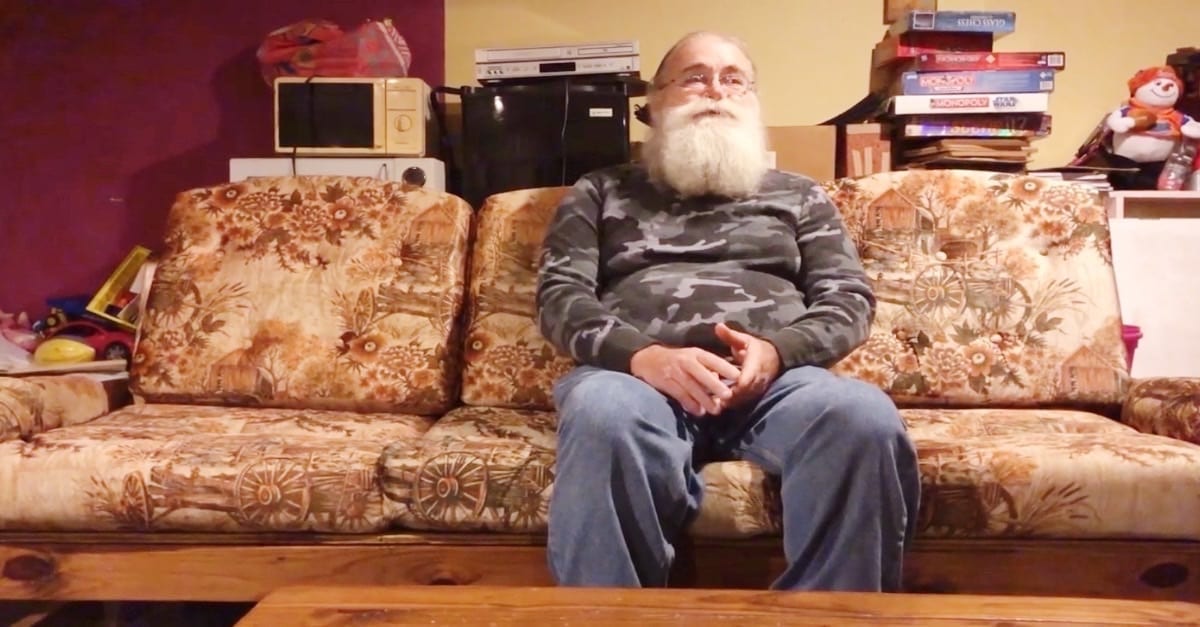 “It was very, very shocking to them,” Merling added. “It’s just crazy,” Kim said. “It’s completely awesome.” Kirby arranged to meet the Fauths at the thrift store where he then returned the cash.
Along with the money was a bunch of paper notes probably made by the grandfather. 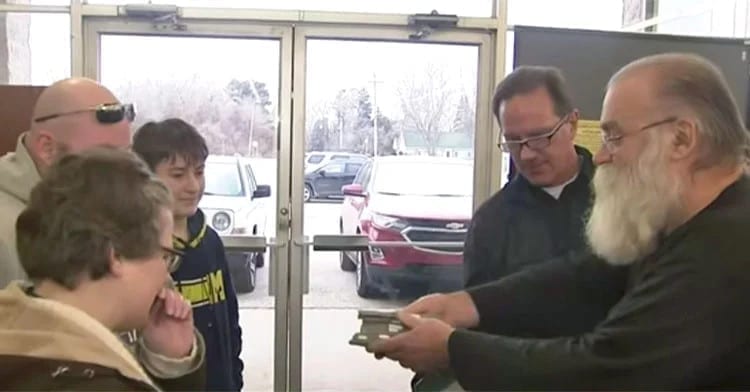 Kirby received the family’s thanks and hugs for returning the money before they all posed for photos with the onlooker and media. Kirby admitted that he could certainly make use of the money, however, he felt that he needed to do the right thing.
Merling commended Kirby for his actions. 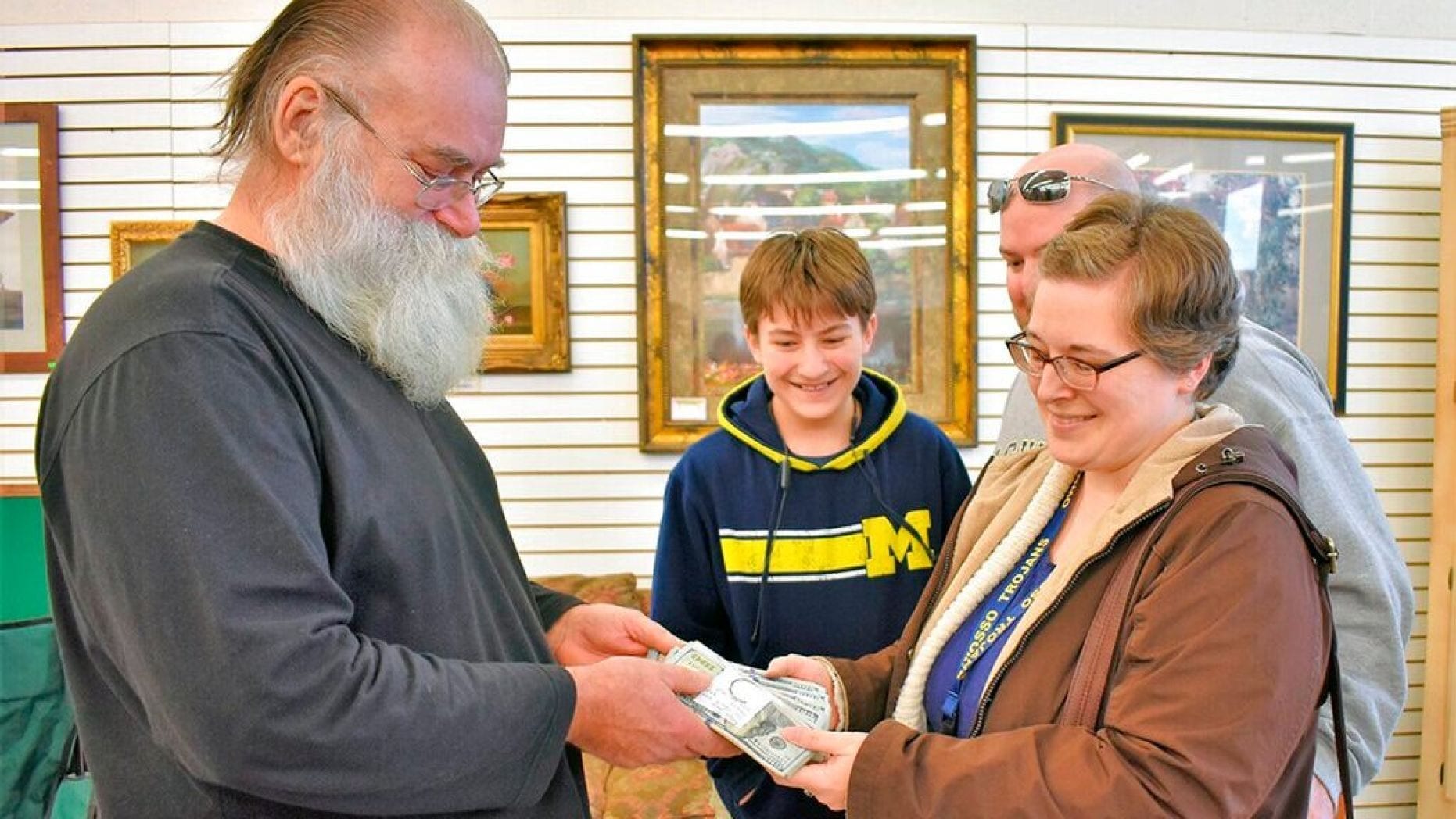 “He could use it. … He has needs, but he said he just felt this prompting from God that said, ‘This isn’t yours,'” Rick Merling stated. He admits that it’s not unusual for people to call the store about things that they discovered.
However, this is the first time anything of value was returned. 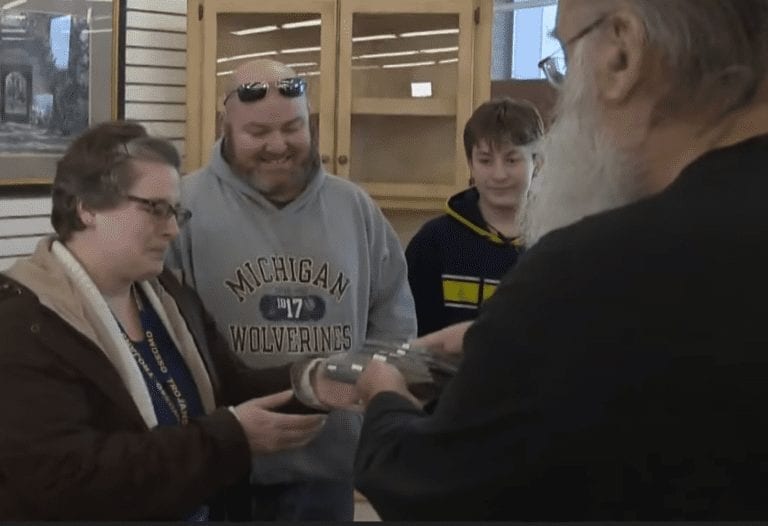 When asked about Howard Kirby’s response after returning the money, Merling said, “He’s happy that he’s got a couch. Someone said, ‘Are you gonna give the cushion back?’ And he said, ‘No, that’s a $43,000 cushion.'” 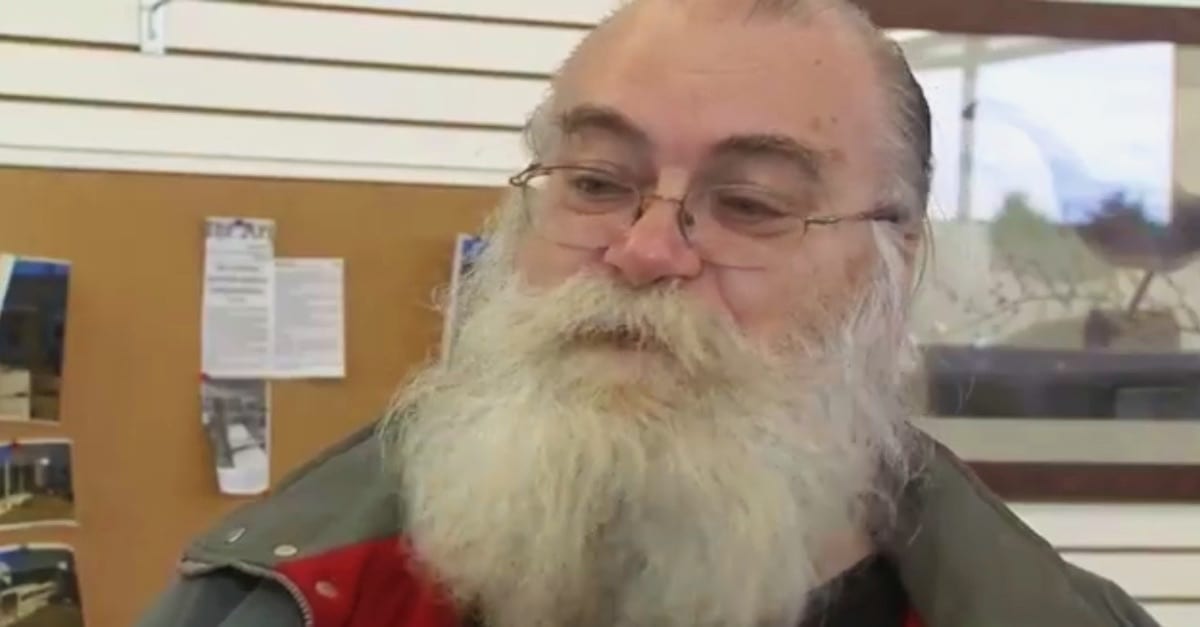 Facebook users were full of praise for Howard Kirby’s generous act. “Wow….kudos to that guy…good things will come his way… a clear conscience is priceless. I bet he thought hard on that for a few days before he made his decision,” wrote one user.
Another wrote: “Wow, what an exceptional human being.”

“I’m sorry to know that most people would have kept the money as I can admit it would be tempting but I believe in karma and I’ve always believed that ill-gotten gains will only bring you misery,” another user commented. 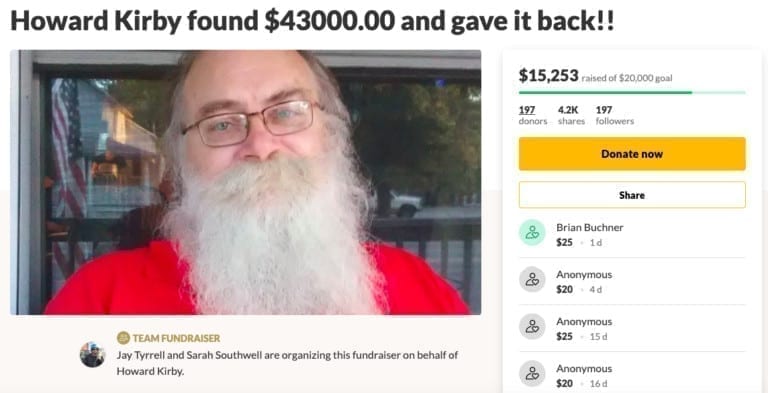 Acknowledging Howard Kirby’s generosity, a GoFundMe page was created to “reward Howard’s honesty and generous soul.” The description read: Let’s raise a reward for Howard and surprise him. Howard is truly a man with a kind, giving and selfless heart. The page has already raised $885 and if the donation trend continues, Howard Kirby might just have enough to fix that roof.
Must Read
European Space Agency Budget Increases By 10 Billion For The Next 3 Years
Artemis 1 Finally Launches: What It Means For Space Travel And Exploration
Clam Species Presumed Extinct For 40,000 Years Has Been Found Alive