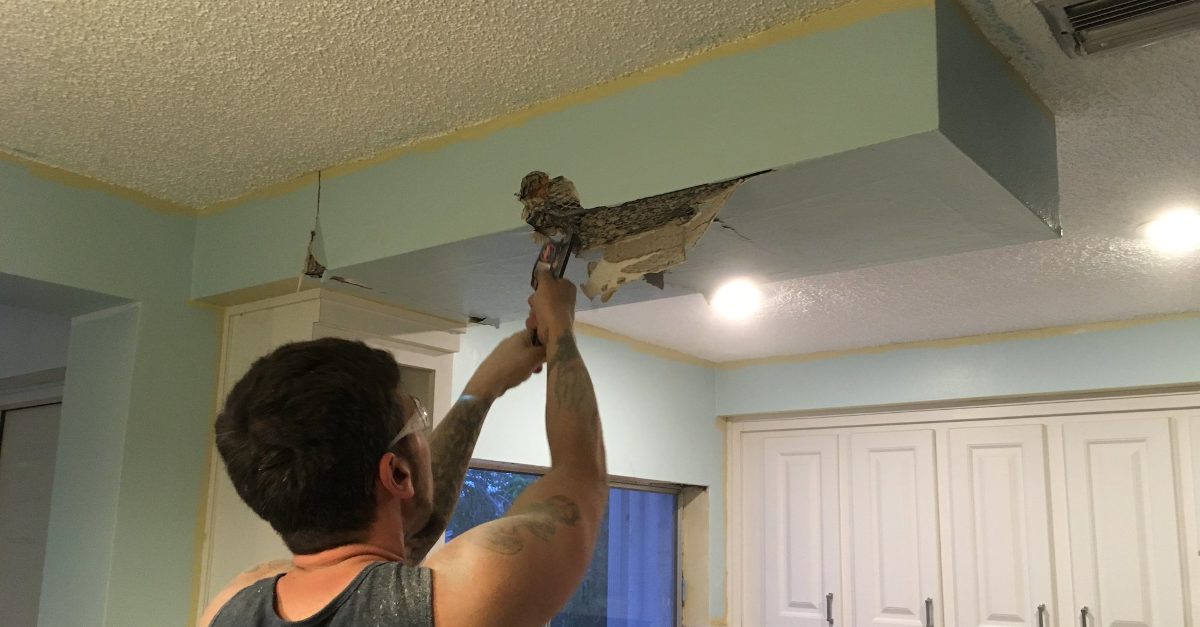 He was just starting to do some much-needed renovations in his mother’s home when he made an incredible discovery.

What he found would lead him on an exciting detective hunt and all because a weird object fell out of the ceiling right into his face. 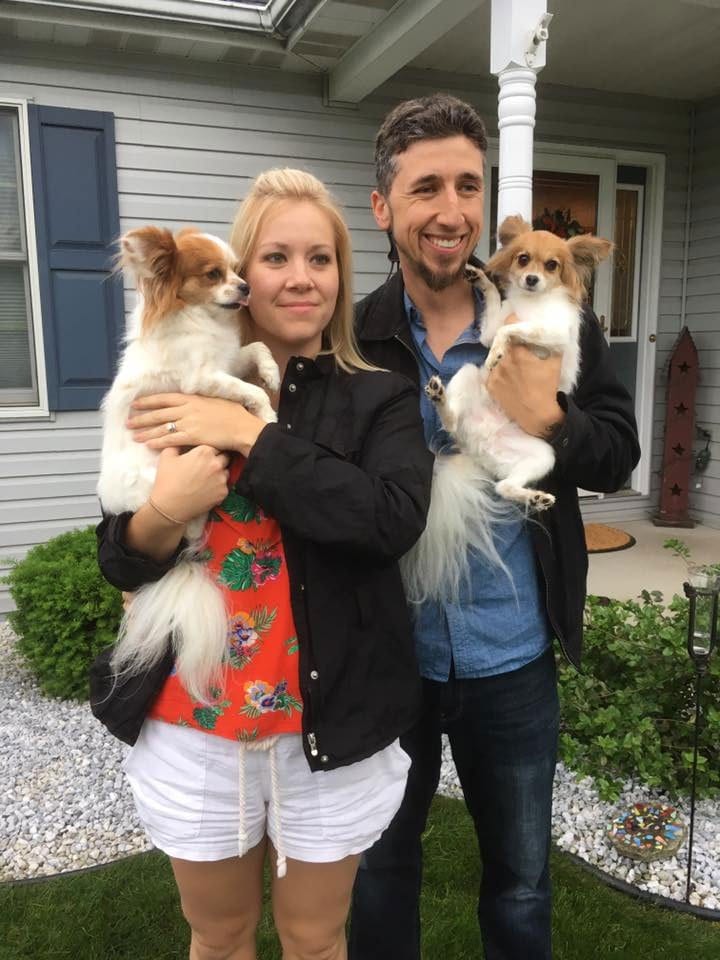 Bobby Kapsidis, an aircraft mechanic from Sierra Vista, Arizona, had just bought their dream house with his wife Megan.

“Finally in Florida and working on our house!” Megan wrote on Facebook. “Some before and during pictures just to show that we haven’t burnt the palace down yet.” 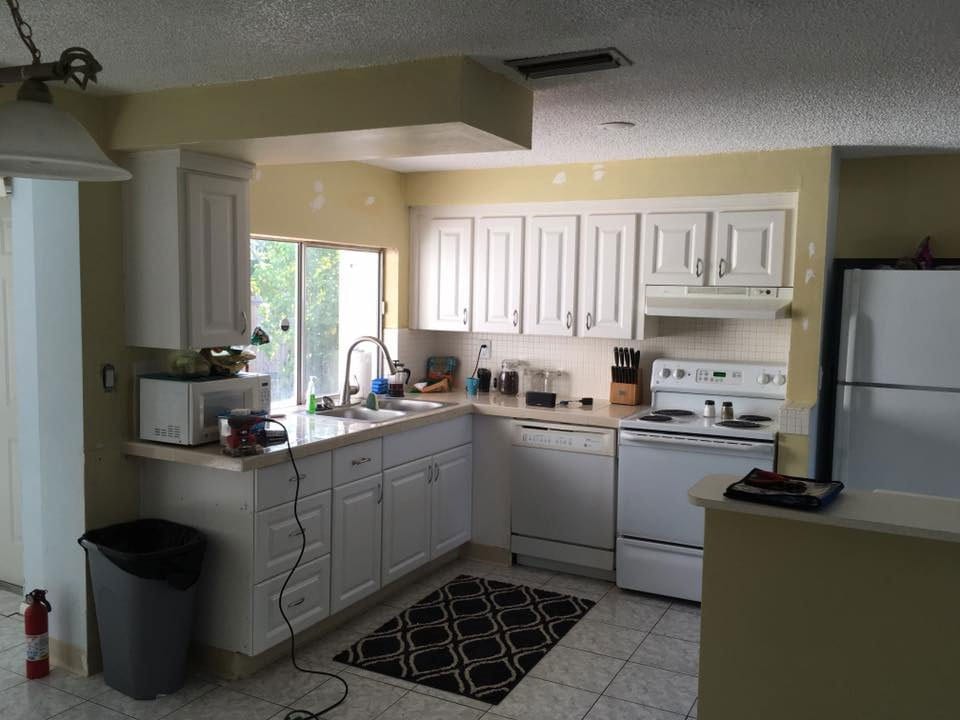 It would become something of a story in the town of Holiday but it began with some small renovations like painting and removing a small piece of ceiling.

When Megan posted it online, well, that’s where the story begins. 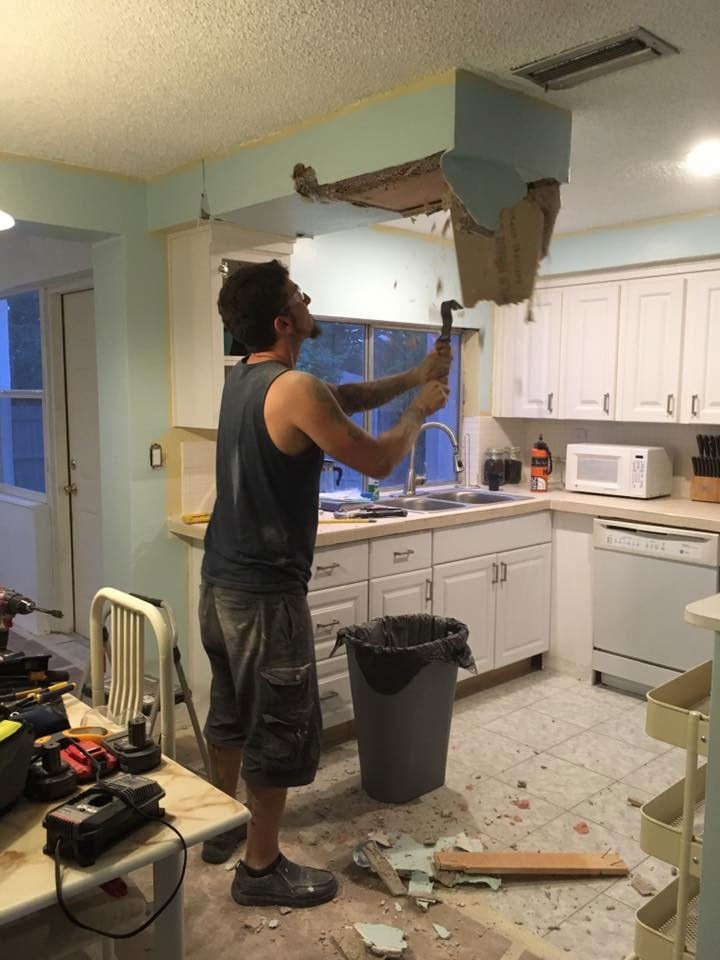 Once Bobby had cut away what he could of the ceiling with an electric saw the job became something he definitely had to see through to the end.

The panels came away easily as he switched to a crowbar. 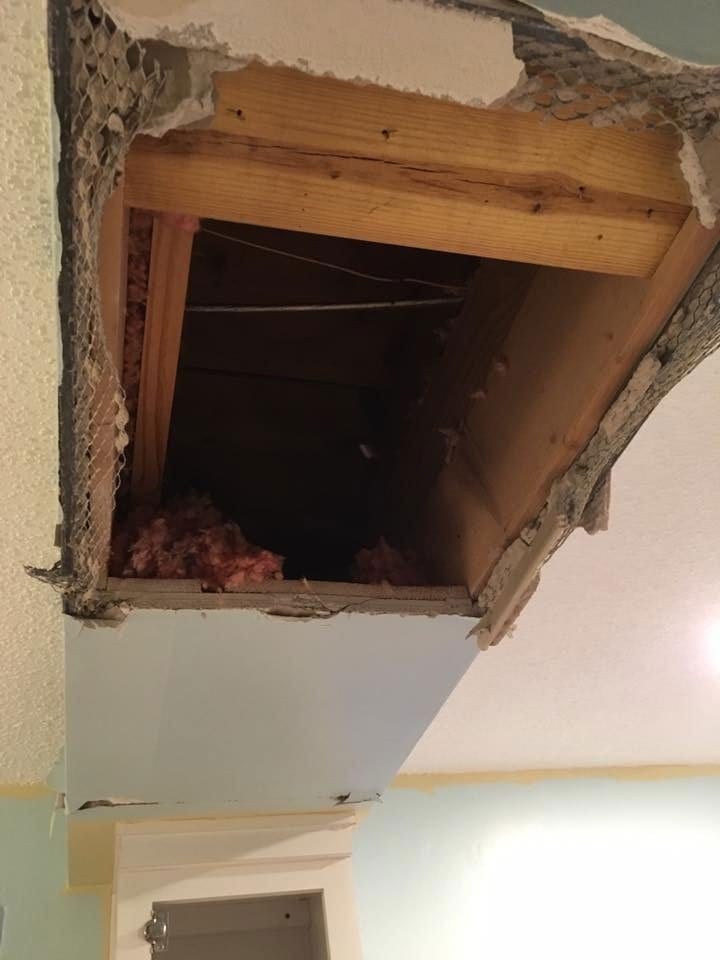 Something puzzled him and he stopped ripping into the ceiling.

He’d ripped into the attic by now and there was something puzzling hidden beneath the insulation of the room above. Amazingly one of the objects fell and smacked him square in the face.

No Stopping Him Now 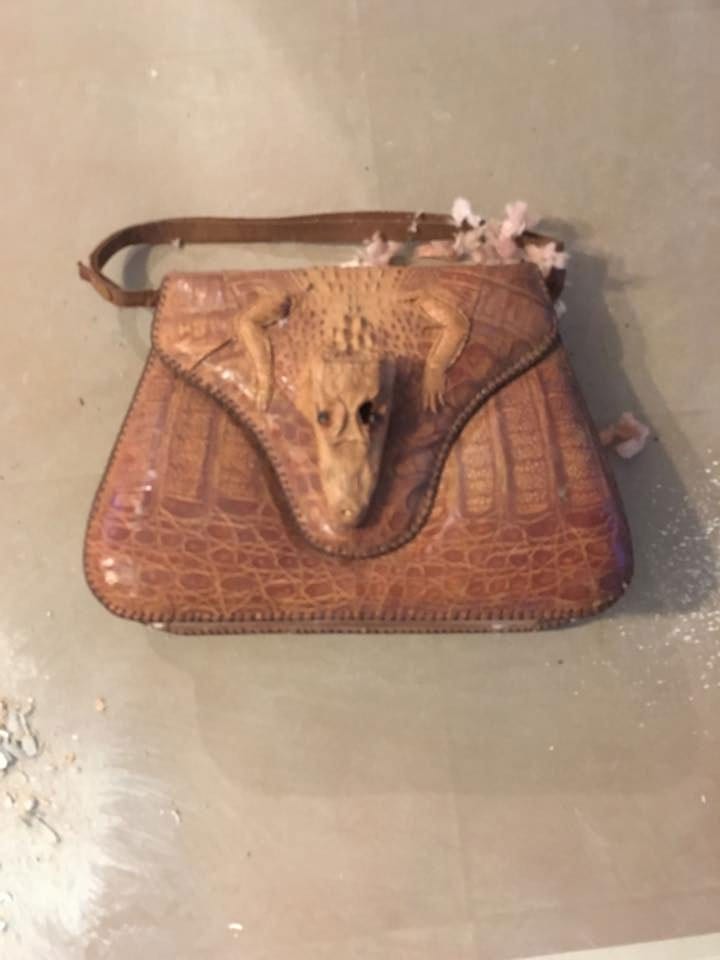 “Bobby really wanted to tear down the soffit at 8 o’clock at night, and I couldn’t stop him,” Megan wrote in a Facebook post in June 2017.

“Then, this 1940-50s genuine alligator purse from Cuba fell out of the ceiling… so not a bad night after all!” 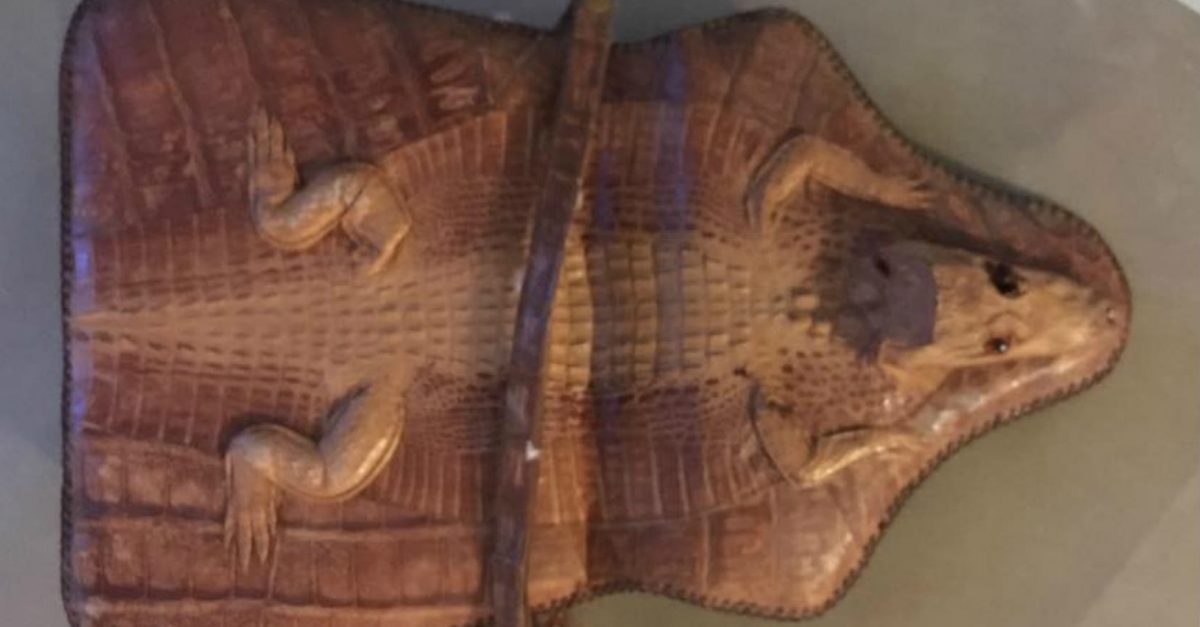 But the purse was hideous. A single baby alligator complete with head, tail and legs, the skin been stitched into its back and cover.

Something definitely not acceptable to take out in public this day. 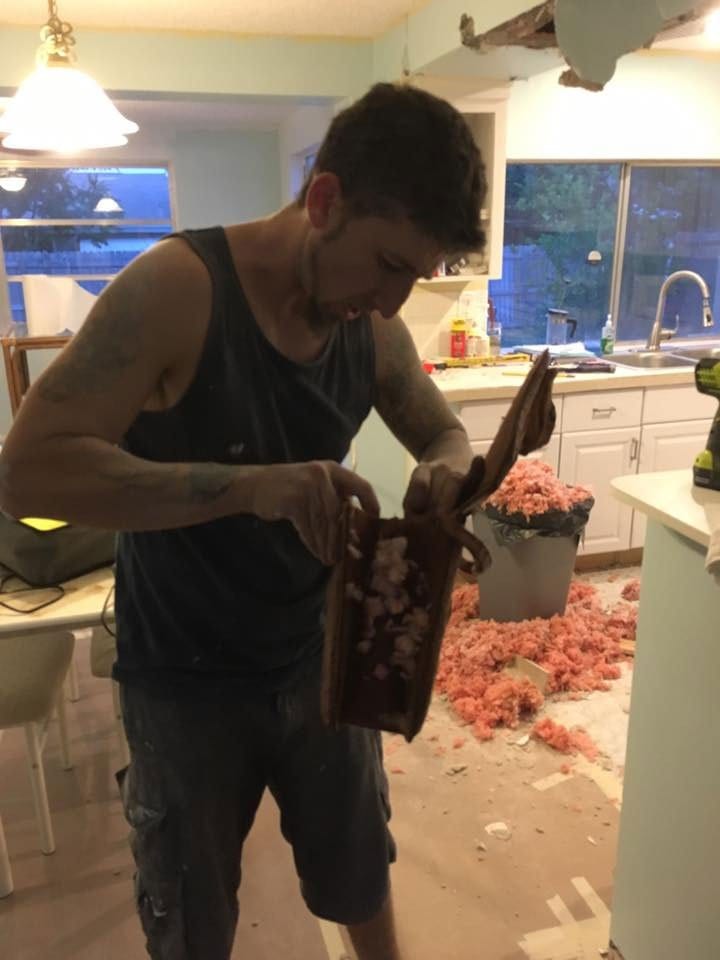 There was nothing to suggest that it contained anything of interest, much less something of value until Bobby found his real prize hidden in the hole on the ceiling.

It seemed to be a treasure trove up there. 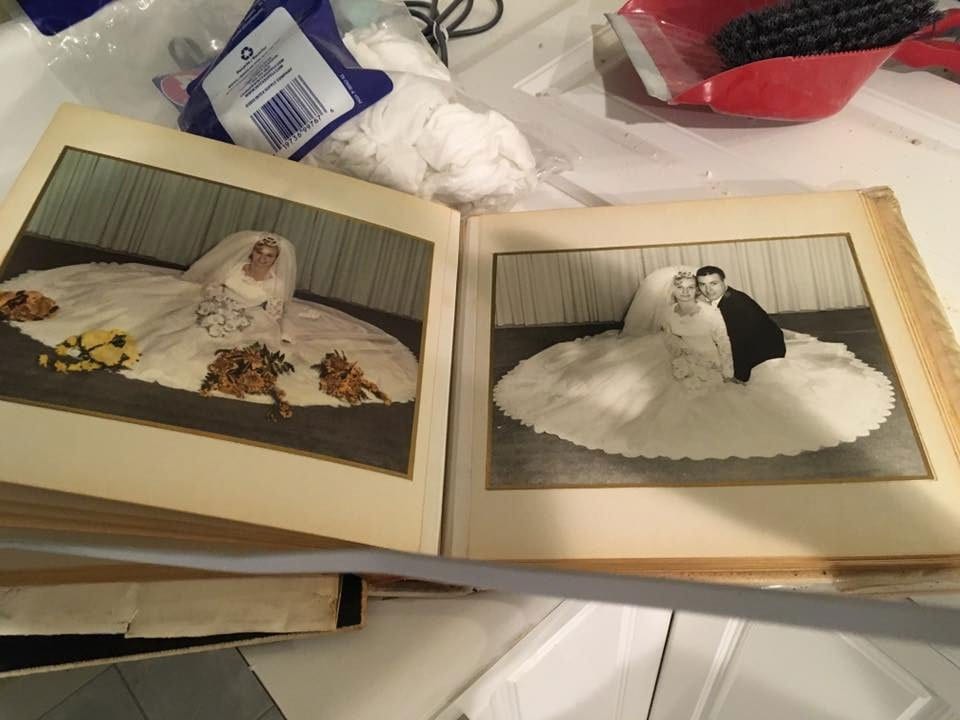 Bobby told reporters “I reached in the insulation and I pulled out this wedding book. It’s old and kind of dusty, and I said, ‘This is pretty incredible’ – just seeing something nostalgic like that. I have no idea why they’d keep it up in the attic.” 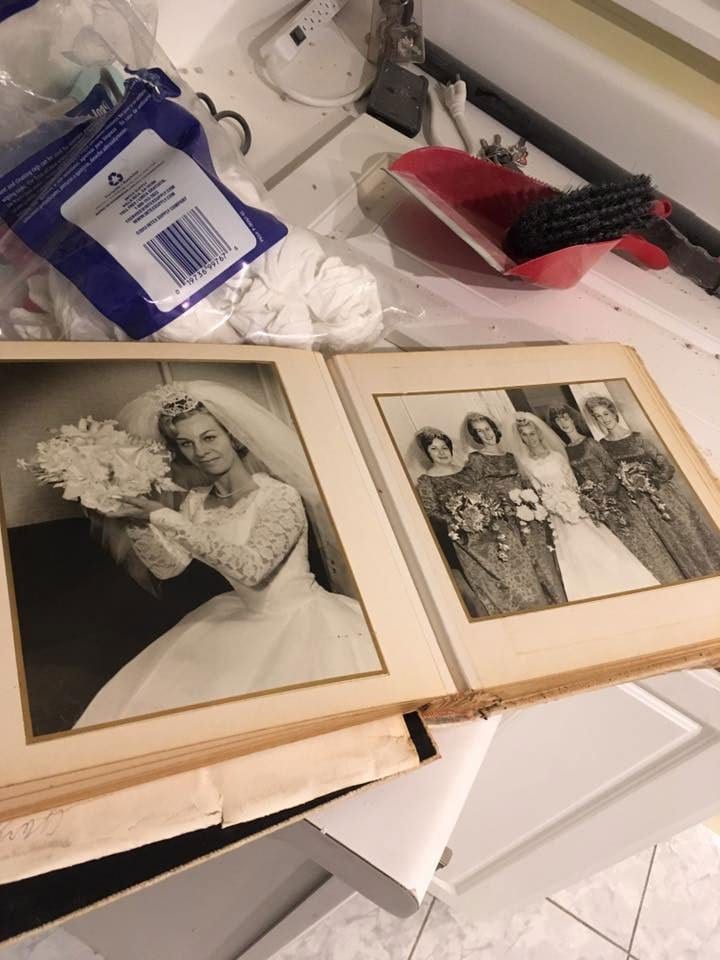 The album contained a classic white wedding from sometime in the 60’s they guessed.

They had no idea how it could belong to. “My first reaction was, ‘Wow, what a beautiful wedding,’ I sat looking through it and thought, ‘We need to find these people.’” Megan remembers. 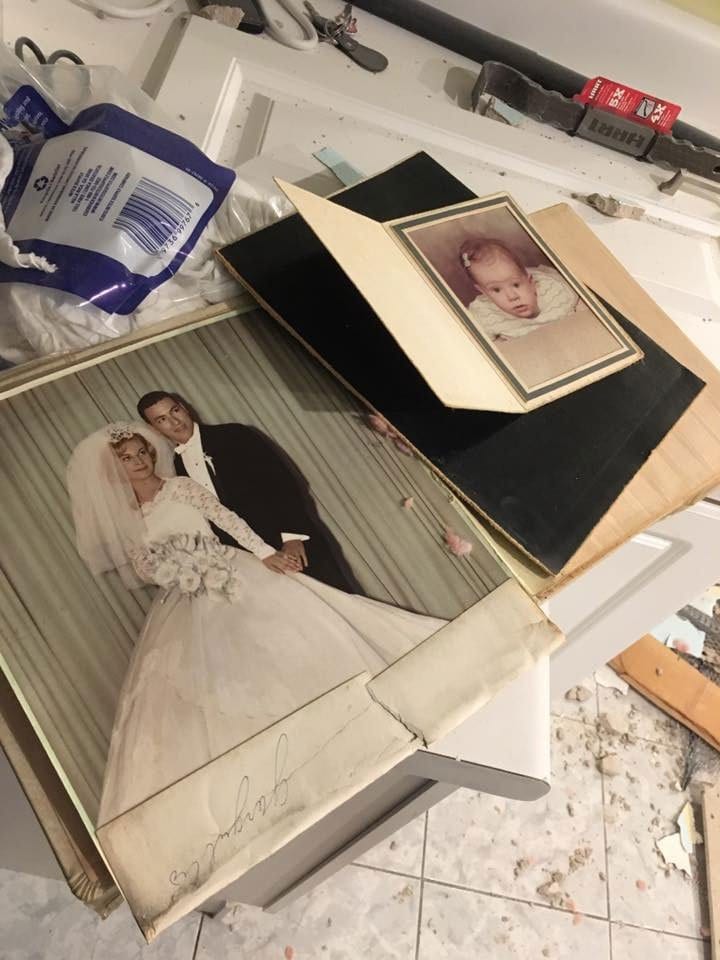 Megan had only gotten married to Bobby five years ago and was well aware of the sentimental value the album held.

“All our photos are digital,” she said. “In 1963 they didn’t have digital photos. This book is all they had, and I want to get it back to them for that reason.” Finally, a clue was found along with the other random objects in the attic. It happened to n invitation from a Mr. and Mrs. Gerard Lau to the marriage of their daughter Marguerite. And the reception was billed for later in the evening at the Senior Petty Officers Mess at Brooklyn’s New York Naval Shipyard. “Cocktail Hour at 6 pm,” read a note at the bottom. “Bobby and I were just interviewed by a reporter in New York about the wedding album that fell out of the ceiling in our Florida home!”

Megan wrote on Facebook. “The story airs tonight! I hope we find the family and we get to return her memories to her! Fingers crossed!!” The story was in fact picked up by a TV station and everyone seemed to want a piece of the action. All the attention soon paid off.

On June 8 Megan announced that they had located Marguerite and returned the album – and purse – to her. The experience, said Megan, had been a privilege.