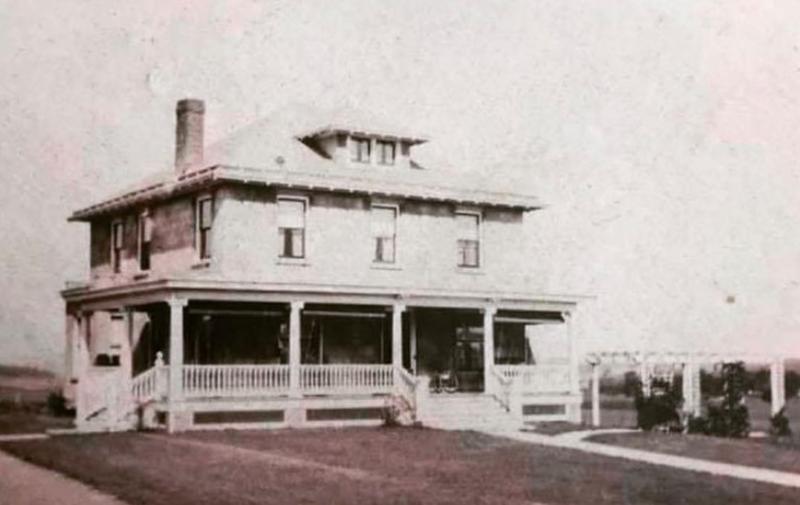 When a couple saw the old house that nestled into the rural Mohawk Valley farming village of Ames, they were instantly drawn to it. With plans to restore and renovate the 20th-Century house, they decided to start in the old mudroom, a 70-square-foot space that, strangely, seemed to be added on to the house as an afterthought.

But when they started to remove the rotten skirting boards, they unknowingly unsealed a web of secrets that the house had been keeping. Nothing could have prepared them for what they eventually uncovered about the home’s twisted past. 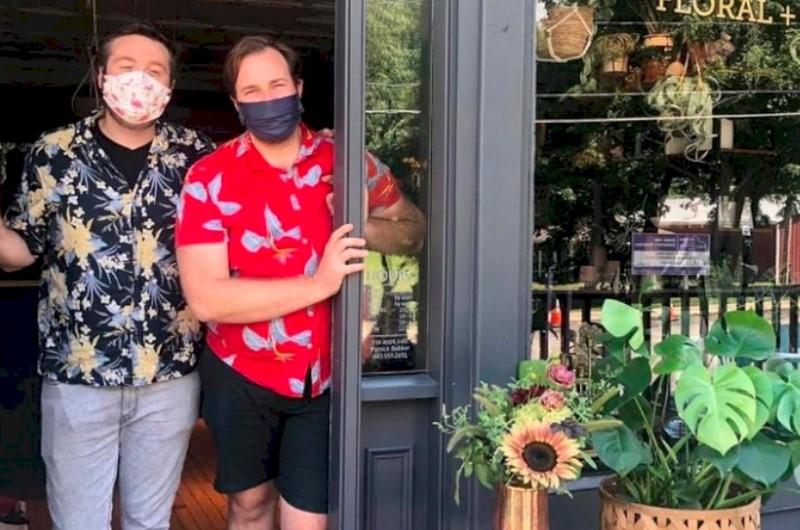 Nick Drummond and his partner Patrick Bakker bought their new home in 2019. They were inexplicably drawn to the area of rural Montgomery County that homed wide-open fields and pastures as far as the eye could see.

Passing by the occasional silo or barn, they drove deep into the farmland and spotted the silhouette of an American Foursquare house, perched on a hill in the middle of nowhere. They loved the aura of the old house. But they would only realize later that, hidden inside, was an unsettling gift. 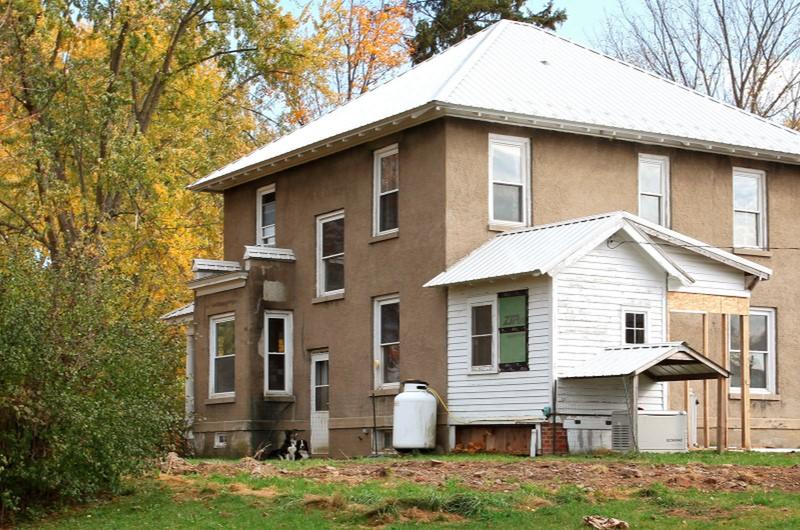 The couple’s first year in the house passed without a problem. Although the house was aged, it was sturdy. And Nick Drummond was particularly excited to begin restorations.

He felt like all his years of experience and interest in historical architecture made him more than qualified to tackle the charming house. The neighbors had given the couple an earful when they moved in, but he didn’t really believe the urban legends surrounding the house… 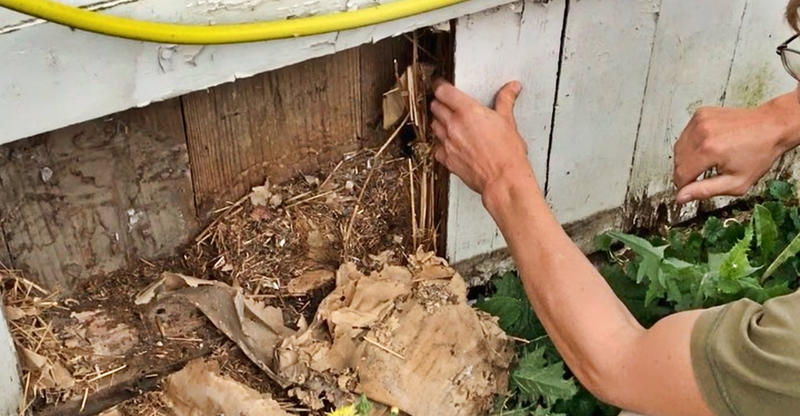 In fact, the mystery of the house and the man who had built it had only added more intrigue for Nick. “The stories about this house just made the whole thing better,” he explained to the authorities.

“There were rumors… we thought it was all fake,” he stammered, staring at the warped and rotten skirting boards that were scattered on the lawn. It all began one fateful day in September when Nick escorted a team of contractors into the mudroom. As they were busy inside, he decided to work outside the room. Trying to get to the underside of the room to install insulation, he began to remove the skirting boards and the foundation on the northwest corner of the building.

When he began to pry off the slats one by one, he noticed that someone had already insulated the room. “That’s strange,” he whispered, insulation wasn’t something that was used back in those days. 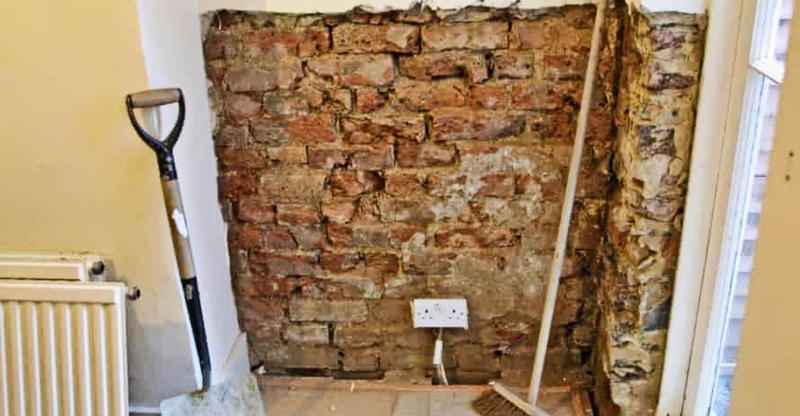 Nick reached underneath the floor and his fingers hit the bottom of a solid wall. It made no sense either. “This room is a porch, so there’s no reason to have walls under the floors…” he murmured to himself.

Intrigued and confused, Nick quickly ripped more of the slats away. Suddenly, a bulky package dropped right out of the wall onto the floor. 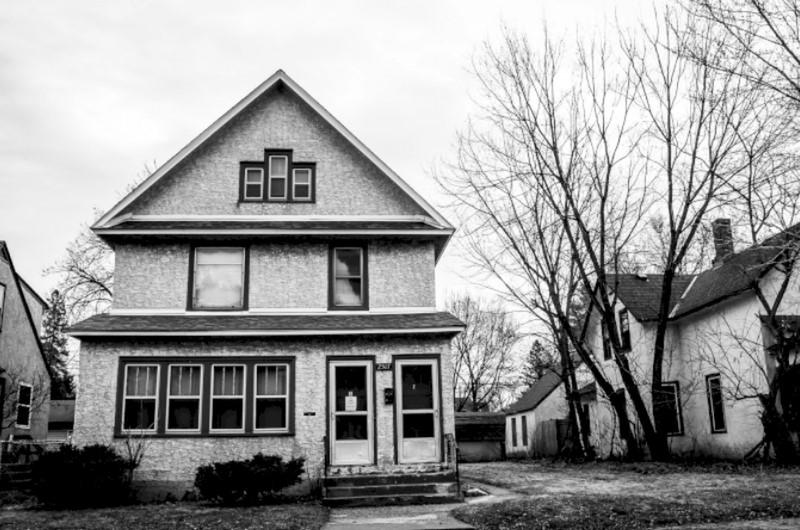 Nick inspected the material that he thought was insulation inside the wall and noticed the edge of another package. Then another, and another. He began to sweat.

The thing is, it wasn’t just one or two packages, the entire hollow wall of the mudroom was filled entirely with these strange packages. Nick turned towards the room and yelled for the contractors to come out to help him. What had he uncovered?

“We pulled the rest of the boards off and realized the whole side of the mudroom was filled with these packages… The workers wanted to open them, but I wanted to leave them as they were because they are historic.”

Nick’s partner, Patrick, arrived just as Nick was carefully pulling the packages out one by one and lining them up on the ground. Patrick’s jaw dropped to the floor. What could the packages contain?

The Legends Were True Nick and Patrick carried the packages inside and stacked them neatly on the dining room table. But when they carefully inspected the first one, they were shocked by what they saw.

What was poking through the brown and tattered paper around the strange packages could be proof that all the rumors about the house were true. For the unwitting couple, it was starting to get a little too real for comfort.

The Mystery Man Of The Mohawk Valley 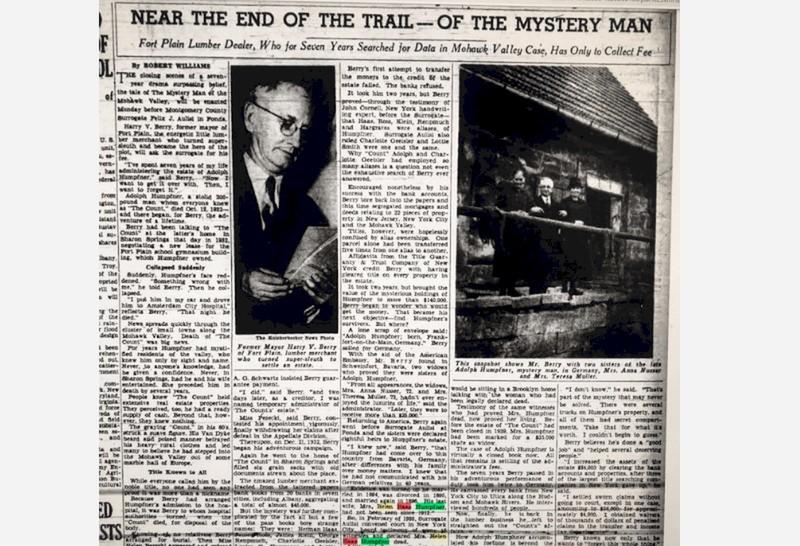 It turned out that the house was built in 1915 by an enigmatic real estate dealer known around the Mohawk Valley as “Count” Adolph Humpfner, dubbed by locals and newspapers as “The Mystery Man of the Mohawk Valley.”

It was rumored that he was an unsavory character who possibly had ties to the Mafia. You see, the house was built before the Roaring 20s. And what Nick had just stumbled on was just a fraction of the man’s hidden cache of criminal secrets.

The House That Humpfner Built Now, Nick and Patrick had an idea of what they were dealing with. But when they delved deeper into the house’s history, what they discovered left them feeling queasy. “Count” Adolf Humpfner went under several aliases. He had fled his Bavarian family home and settled in Ames. And his first wife had gone missing in 1912.

Now that the rumors about the house were confirmed, what other ghosts of its former occupants still stalked the old mudroom?

Mysterious In Life And Death 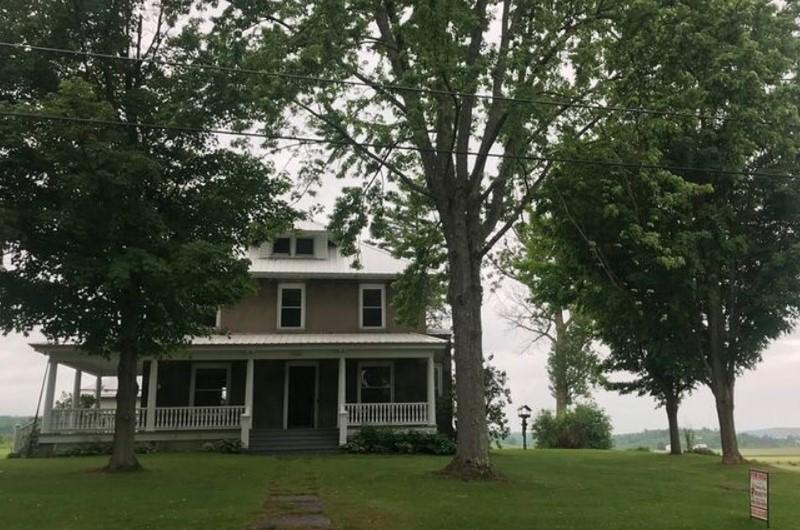 Indeed, even Adolf Humpfner’s demise seemed shrouded in mystery. The executor of his large estate, Harry Barry, was the only witness.

The “count” had left behind over $140,000 on his passing in 1932, an enormous sum back then, as well as the deeds to the local school gymnasium, a bank, houses in New York City and New Jersey, and foreign bank accounts in various names. But where he had made this money was another story. So, what had Nick and Patrick found? 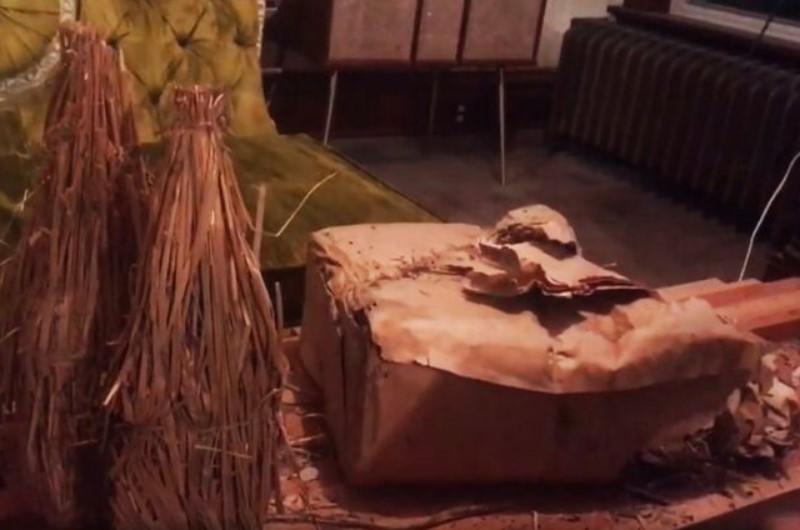 The strange bundles that were hidden in the mudroom were, in fact, bottles of bootlegged whiskey. Humpfner had hidden them in the walls during a time when the sale and production of alcohol was illegal, and they’d remained hidden there ever since.

Humpfner’s businesses and even his truck had secret hiding places that were revealed upon his passing. So, what else had he hidden in the home in Ames?

What Else Is In There? Nick and Patrick had just uncovered the first signs of the criminal dealings that went on in their home, but that wasn’t enough to put Nick off. Soon enough, curiosity got the better of him.

“A few days went by and I thought, ‘What else is in that mudroom?’” Nick said in an interview. He immediately thought about the crawlspace hatch they’d seen. The previous owner had told them that the hatch led to an abandoned well. “But then I said, ‘Oh my God, now we have to crawl into that hole!’” Nick recalls. It turned out that the hatchway led down to a couple of compartments that were built beneath the building. But what were they hiding? Nick descended into the dark underside of the house to find out.

In the first compartment, there was a rug that was placed to cover an old well. The well was lined with stone, and had been dug out by hand. Some 8 feet down into the well lay water. The first compartment in the creepy crawlspace did contain a handful of empty bottles, but the couple couldn’t find any more of the smuggler’s stash.

They crept down into the second hidey-hole. “The first thing that was weird was, we didn’t see any floor joists,” Nick explains. “Then, we noticed a solid ceiling made up of a bunch of boards, and all the boards were attached with flathead screws.” But why would someone do that? Instead of joists to support the floor above, Nick could see solid wooden slabs. The flathead screws were obviously used so that the boards could be removed easily.

“There would never have been a ceiling in a crawl space. That was never an insulated room. So, that made no sense, either,” Nick explained. “So, I thought, ‘There’s something in the floor.’” “This is so crazy,” Patrick says in an interview. “Those two boards in the mudroom. Why didn’t anyone rip them up? There’s a weird romance in the anticipation of that. Is it filled with jewels, is it a body, is it money? You only get that once. I like the anticipating.”

“We knew the hatch existed, but it’s an unfinished mudroom,” he said. “It’s just crawlspace access. We never really thought about it. Previous owners said that’s just how you get to the abandoned well.”

Nick and Patrick pried a few boards back and found four more packages, but decided to leave them where they were. “We have a legend here that is real,” Patrick explains.

“When do you get those? And that’s one reason why we haven’t taken the rest of the bundles up yet from under the mudroom.” But there may have been a reason for the well that the couple hadn’t anticipated. “So I crawled in the hatch, and got this photo of the abandoned well under the floor! It’s beneath some of the secret booze compartments,” Nick wrote on an Instagram post.

Soon, the comments and speculations were flooding in. One user wrote: “Bootleggers probably had to whack a guy now and then…. it’d be a good spot to hide ‘em.” In total, the couple found 66 bottles of “Old Smuggler” whiskey. A good number of the bottles dated back to 1923 — lending credence to the theory that they were stashed during the prohibition era in New York.

The story of the couple’s find spread quickly on social media, and soon auction houses and collectors were knocking on the door.  But Nick and Patrick only had one thing on their minds: the mysterious man and bootlegger, Adolph Humpfner. What else could possibly be stashed in their home? The couple set about cataloging the whiskey, reporting the find to the proper authorities, and shared the results on Facebook.

Nick wrote, “Out of the initial bottles found, about 13 are full. But four of those have tops in rough-ish condition, so I’d say probably nine ‘good’ bottles.” But what did they intend to do with them?

What Will They Do With Them? The couple plans to sell off the bottles that were still full — Nick estimates that each one would bring in around $1,000. The empty bottles wouldn’t go to waste, either.

They’d form a part of the decor for their home — now dubbed “Bootlegger Bungalow” — once fully renovated, putting them on a display that is appropriate for a bootlegger’s former residence

How Does It Taste? It would be a pity not to give the whiskey a try, though, so Nick and Patrick intend to keep one bottle for themselves. And, naturally, their fans on social media wanted them to share how it tasted.

They replied on Facebook, “To everyone asking if we have tried it, we haven’t! But we will!” to the delight of their ever-increasing number of followers. “It’s a who-done-it,” says Nick, “and everyone wants to help figure out what the actual story is. Everyone is sending us snippets of crazy information.”

Rumors linked Adolf Humpfner to dealings with the mob in the 1930s, a death under suspicious circumstances, and a missing bride. The couple is still determined to reveal the unknown history of their house and the enigmatic man who built it, uncovering new snippets of information every day as they piece the story together.