The Dream of a Lifetime

Placing that final bid ultimately won the contents of a storage container that would become the dream of a lifetime – or the ultimate nightmare.
When a man uncovers an enormous amount of cash inside he is ecstatic. But when the police showed up at his door hours later, he wasn’t ready.

The Thrill of the Bid He was just getting comfortable with bidding on storage containers that were on auction.
Spending money that he didn’t have was a huge gamble when you have no idea what is inside, but there were so many stories out there about people striking it rich – even of some people finding whole classic cars and driving off into the sunset.

All Good So Far 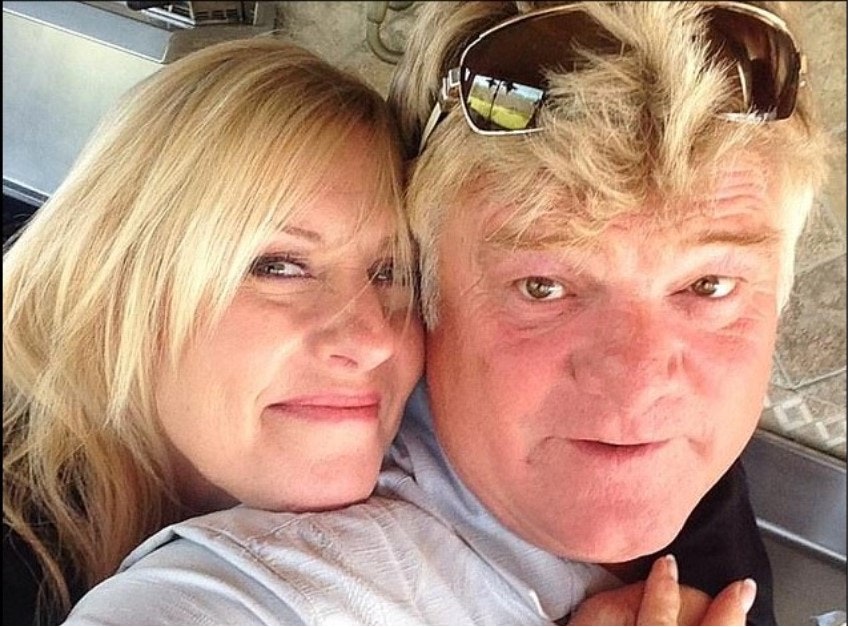 So far he had been lucky, managing to sell the contents for just a little over what he had paid for the entire lot. But it was a lot of work and a lot of time going through someone else’s junk, sorting, cleaning and then finding the right buyer.
He was almost at the end of his rope. If there was nothing big in this one he was done.


Standing in the Crowd

Joe stood outside the container with about 15 to 20 other people eager to rubberneck what was inside the 5 x 15 Unit (75 sq. ft.). These were too big to get a good look inside however because they could store the contents of a 1 bedroom apartment.
Ideal for furniture including a couch, chair and small dining set, sporting equipment, bicycles, business merchandise. Not ideal for glancing inside and spending hundreds of dollars on.


Win It Or Lose It The bidding was fun, not exactly what you see on TV which is high drama, shouting, pushing, screaming and general mayhem. But definitely fun, especially when he got into a bidding war with someone. It felt good to win and he warned himself–not for the first time–that he would stick to his budget.
Don’t spend what you can’t afford to lose, he didn’t want to learn the hard way. 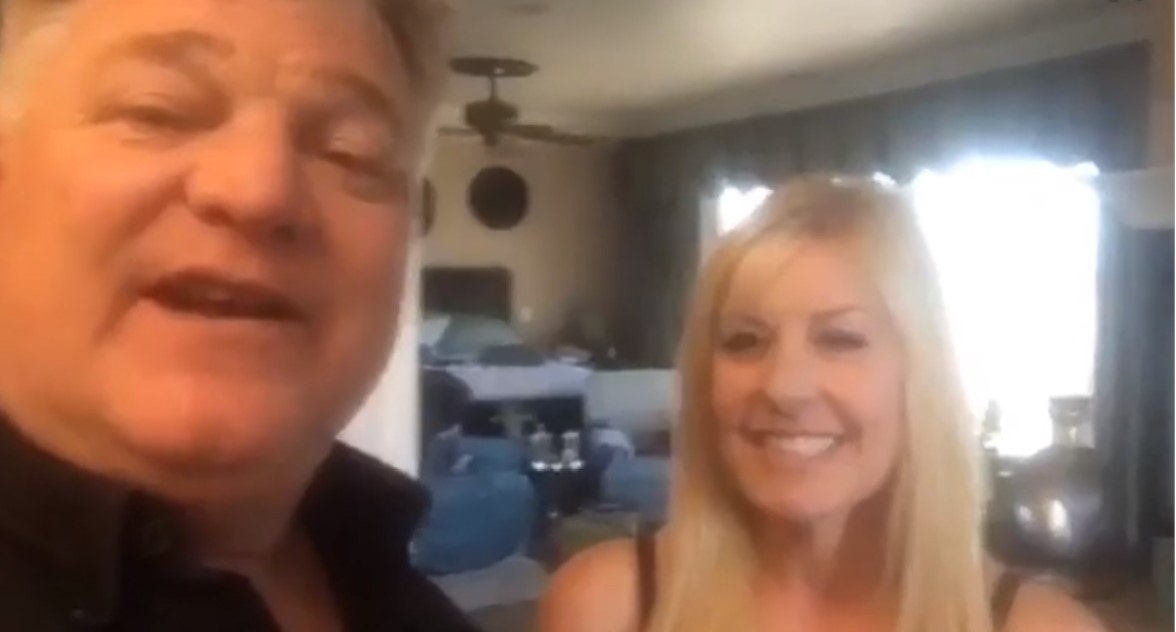 But he just couldn’t seem to help himself this time around. The container was packed tight with furniture and other goodies he wanted to look a little closer at and some annoying woman behind him kept upping his bid.
It started at $100, a hefty starting bid, but the container was awfully full. He bet, she upped it a little, he bet again, and so it continued. How long could this go on?


Coming Back Down to Earth 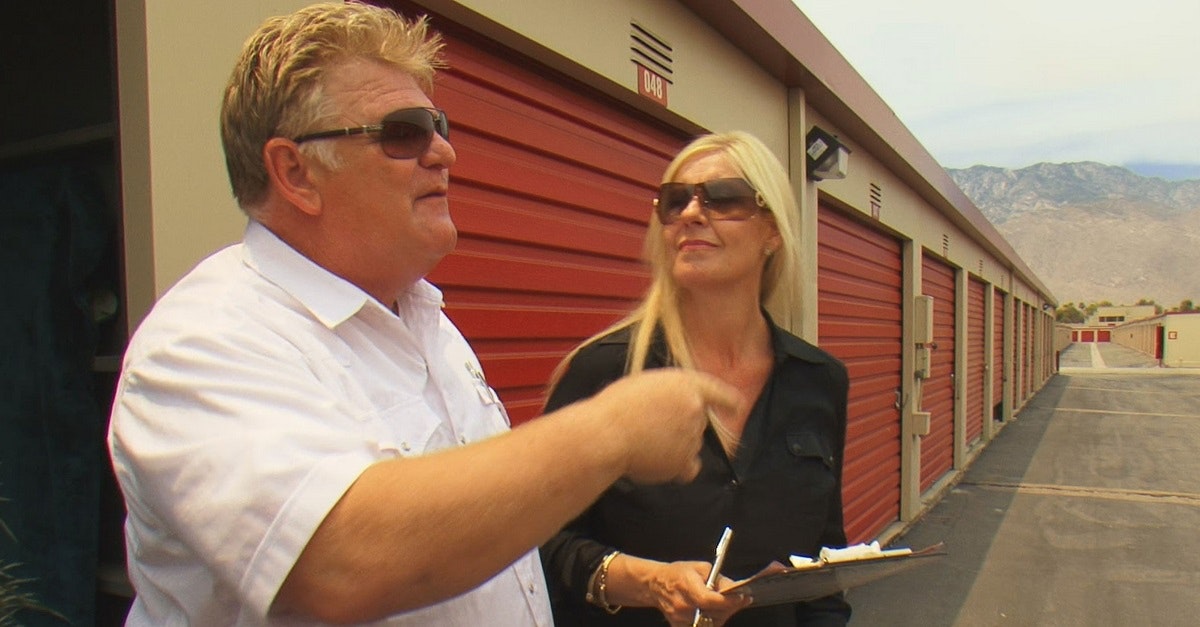 $350 in and he was adamant, he would be the winner! $400 and she still hadn’t given up, but neither had he. $450, $460, $470… Finally, the bid settled on 500 dollars. He was shattered and shaking. As reality returned he realized exactly what he had done…
There had better be something amazing inside that box. He had won! 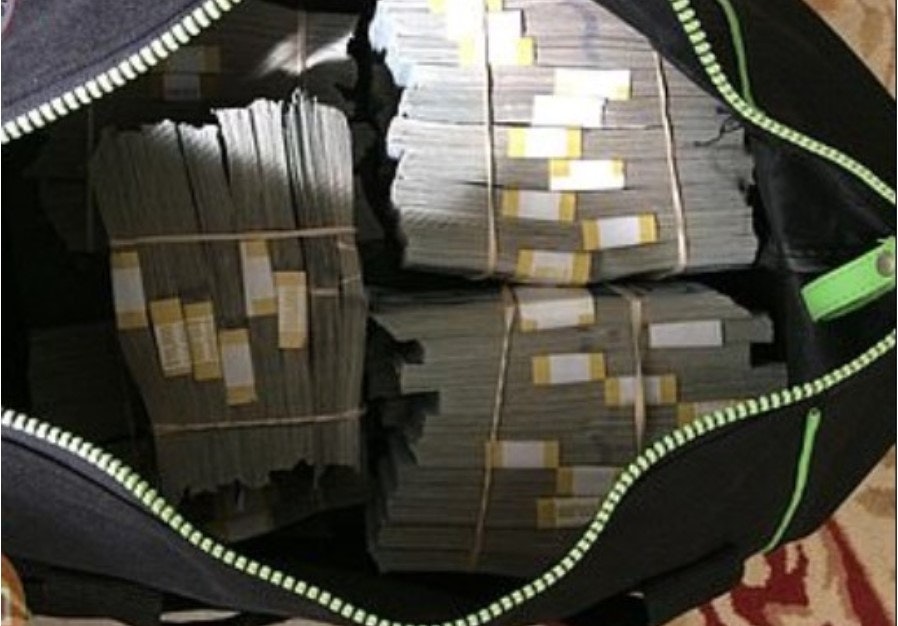 Everyone but a few drifted away from the site now that a winner had emerged. They had lost interest in the contents because they had not won anything themselves. But a few stayed around to watch the new owner enter the small building.
They only wished they had been the ones to win it when they saw what he found.


Better Be Worth It 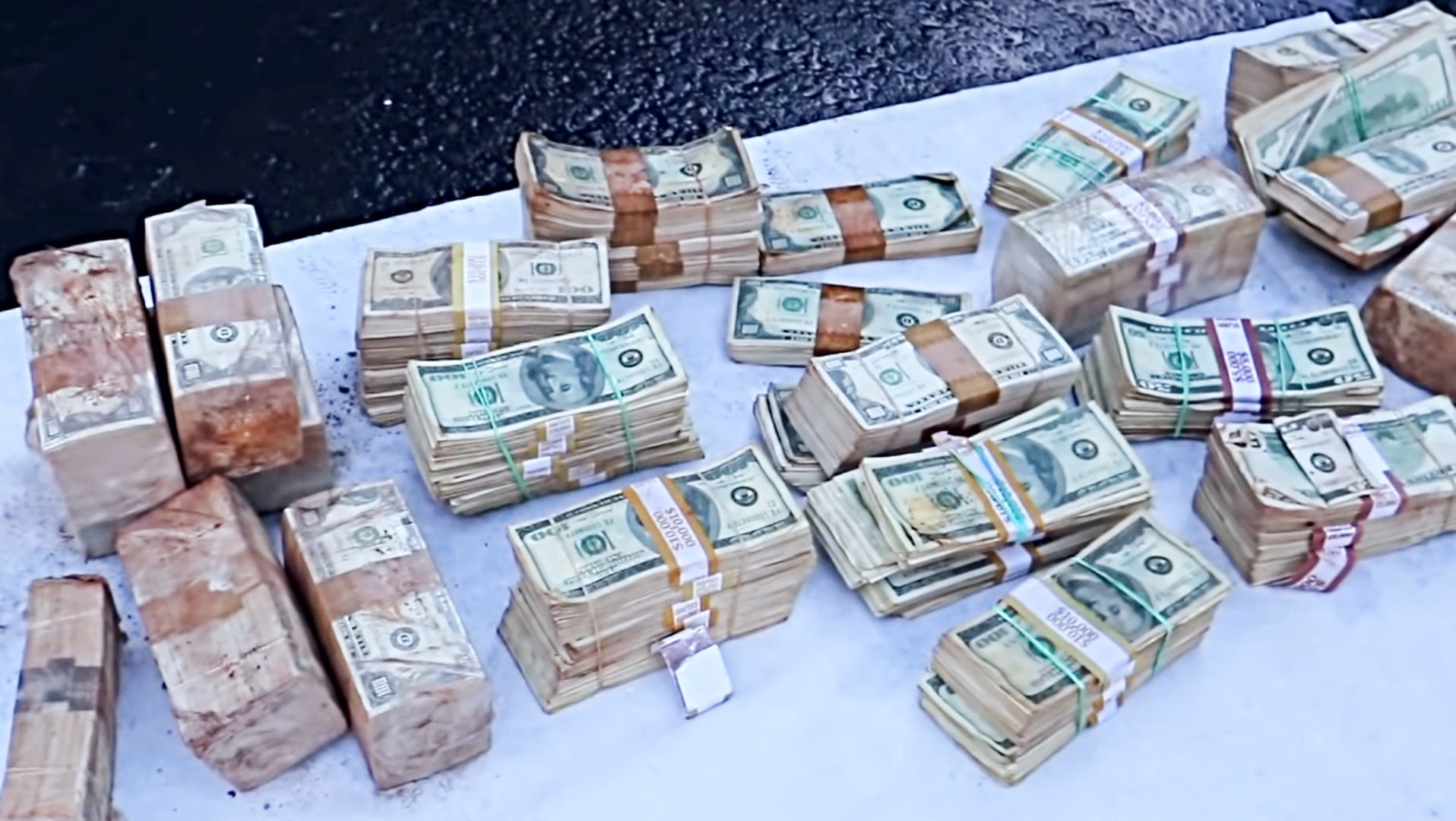 Joe slowly walked into the 5 x 15 unit. It was packed full of old furniture but enough of a gap between existed for him to walk between the items. He felt sweat prickle the back of his neck and forehead, the furniture alone wouldn’t cover the high price he’d laid out for this unit.
There had better be something amazing, so he began looking. 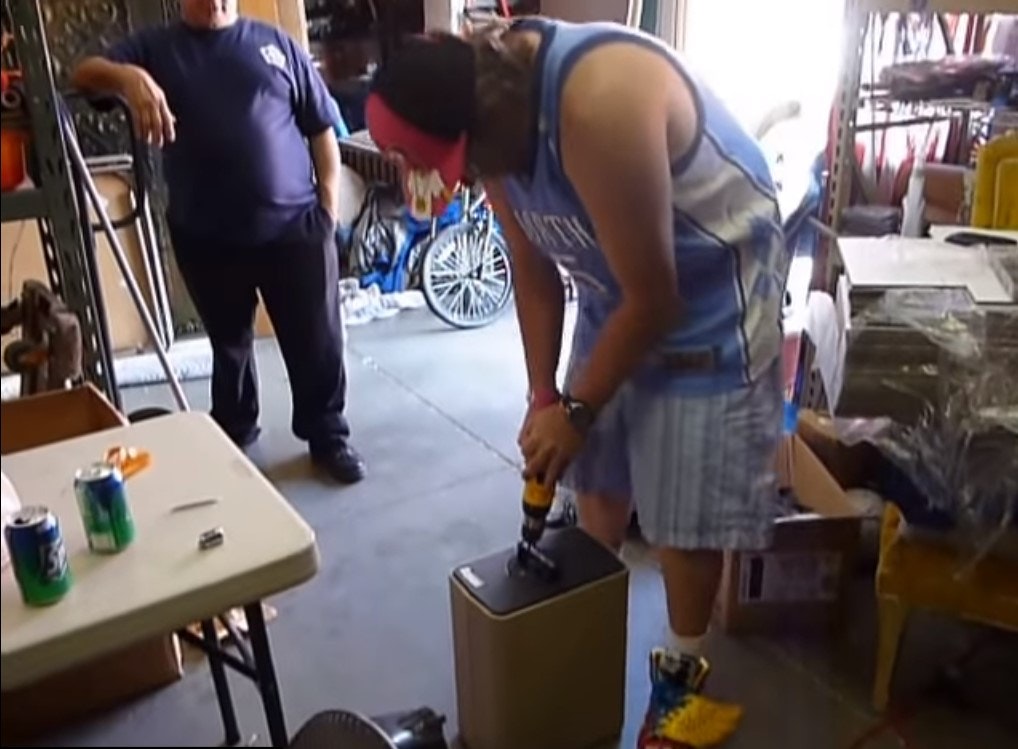 Joe’s eyes fell on the dull grey container that was lying on the floor next to a chest of drawers and immediately set about getting it open. But there was a problem, the safe was locked.
So Joe called up one of his friends to come out and bring a drill, but never in his wildest dreams could he have imagined that he was about to open a safe full of secrets. Joe drilled deep into the lock to force it open. When he finally broke through, he carefully took the lid off. Joe was surprised to see a collection of old VHS tapes, and got to his feet and started to pull them out.
Underneath the tapes was a note, but when he read it a chill up his spine. The note simply read “don’t” in rough handwriting. Joe inspected the old videotapes one by one and noticed that some were dated, but there was no other information written on the labels. He suddenly had the feeling that he was being watched.
He turned to look behind him, but he was all alone in the storage container. You see, all things were not going to be peaches and cream for Joe and his extraordinary find. Barely 2 hours into his discovery there was a knock on the door and soon men in uniforms were swarming all over the container.
Joe’s elation was short-lived, just what had he gotten himself involved in? There was something sinister afoot. So, just what had Joe found? The safe was stuffed with bundles of yellowed wax paper. Joe carefully unwrapped the first bundle and was astonished to find $50 bills. Joe couldn’t believe his eyes as he unwrapped parcel after parcel, he had never seen so much money!
But just how much money was there? Who did it belong to? And why were the authorities so interested? Joe realized that in his exaltation he had sent photos to his girlfriend and also uploaded the photos of the contents of the safe to pretty much every social media site. No wonder the police were here. He still hadn’t been able to count all the cash, but he knew it was enough to roll in… So far he was up to $1 million.
He dragged himself away to talk to one of the officers waiting for him, but as Joe would soon find out, the police weren’t the only ones interested in the contents of the safe. All in all, there was $7.5 million stashed away in a few safes around the containers. Everything from nickels to $100 bills and pink slips for cars.
There was just one gigantic problem, the original owner had gotten wind of the find and had hired some top-notch lawyers to get back his fortune. Joe was in trouble. Almost as soon as Joe had found the huge amount of cash, he started to receive threats and things started to take a frightening turn. What had started out as amazement and the find that dreams are made of had quickly started to become a living nightmare.
Questions raced through Joe’s mind as he lay in bed at night: Who had hidden so much money in a storage container? And why hadn’t they come to collect it before now? And what was on the VHS tapes? Everything started moving extremely quickly after the police arrived. Soon after, Joe got a call from the lawyers telling him in no uncertain terms that he must return the money but that he could keep $600,000 as a finder’s fee.
Joe had some quick thinking to do, but he wasn’t sure he wanted to tangle with the original owner of the safe. Joe had been told in no uncertain terms to leave everything as he had found it until the case wound up, but a man’s curiosity could only be kept at bay for so long. He had to know what was on the tapes.
One sleepless night, he carefully opened the plastic bag they had been sealed in, and popped one into an old VCR and pressed play. As Joe tells it, he witnessed something that made his blood run cold on those tapes. And now that he had watched them, he could never unsee them again. Scene after scene played in his mind and haunted his nightmares.
He tried to reason to himself that the tapes were fake, meant to intimidate anyone who found the enormous amount of money. But he wasn’t so sure. Joe wrestled with a dilemma. If the owner of the safe knew that the tapes had been found, would they come after him? Should he just keep quiet? Did they already know he had seen them?
Night after sleepless night, the images plagued him. So, what had he seen on the tapes? Joe’s curiosity had finally led him here, and he had discovered something he certainly wished he hadn’t. What was on the mysterious tapes? We might never know. He refuses to disclose what he had seen, but all we know is that now he was well and truly frightened for his life.
Was all that money really worth crossing these people? And did they even know that they had left the tapes in the safe?

The Law on His Side After consulting with his friends Joe learned that in the state of California once a unit had been sold, the contents were no longer owned by the delinquent tenant. He had full rights to keep anything in the unit, after all, he had purchased it fair and square.
But the Lawyers were not going to back down that easily.


How Bad Would it Get? Thinking that they were doing Joe a service, they upped the finders fee to $1,200,000 and they were playing hardball. Who knew what these people were capable of? Joe began wondering just how someone forgets $7.5 million dollars in a delinquent storage rental.
Not someone good it seemed. But how bad would things get? So would he only get 1.2 million? That’s a huge amount of money in anyone’s book, but still not quite like the huge figure that he had just felt in his hands while unpacking wad after wad of money. He didn’t like the fact that he was being strong-armed but there was also the moral dilemma. It was now his money, but he didn’t do a thing to earn it.
Perhaps he should give it back? The thought was not sitting well with him. After much deliberation and amongst near threats, Joe decided that splitting the money straight down the middle would be a fair split.
After all, the now previous owners had left the container unpaid for a lot more than a couple of months, in fact, almost a year, without responding to the letters sent by the store owners, and that debt was exactly why the auction had happened. A storage owner says, “I really don’t make much money out of auctions – it’s to try to cover our expense. 90 percent of the time I don’t cover my losses. One unit may have cost me $600 and the person bids at $400, so my revenue has still suffered a loss.”
“An unpaid unit does not make any money. The sooner the delinquent tenant can be moved out, the sooner a paying tenant can move in.”
Must Read
Genome Studies Manage To Find A New Branch Of Fungal Evolution
European Space Agency Budget Increases By 10 Billion For The Next 3 Years
Artemis 1 Finally Launches: What It Means For Space Travel And Exploration