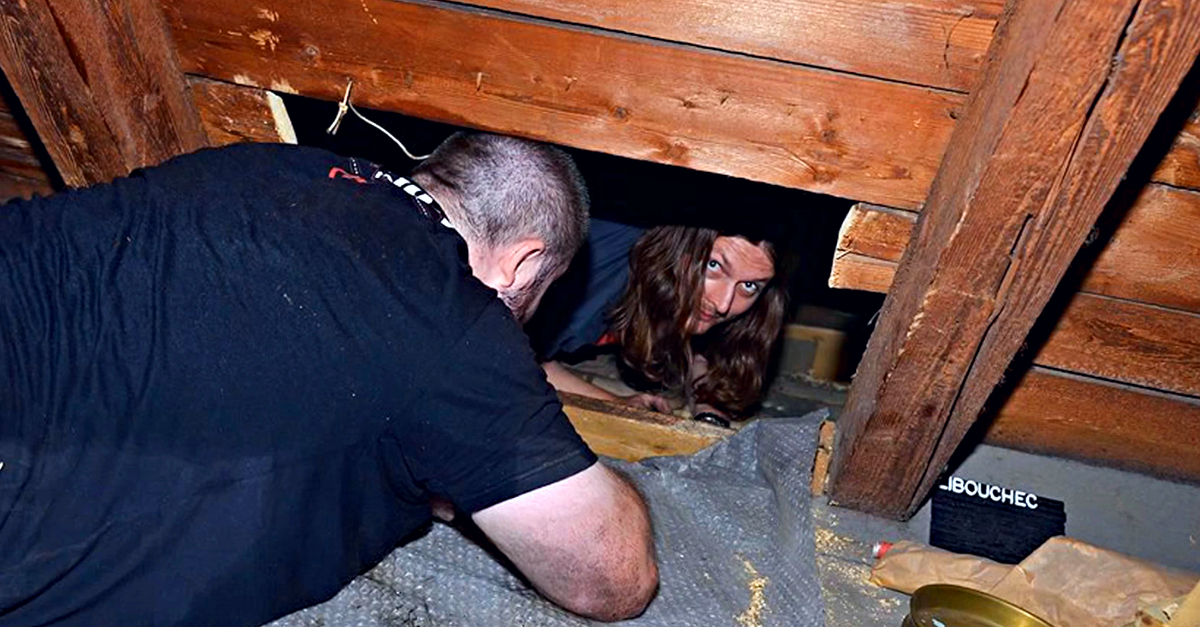 When you move into an old house, you never know if your new home may be harboring secrets. You could find secret passageways, hidden rooms, or even treasure worth a fortune.

But sometimes, what’s hidden should remain hidden. One man made such a discovery in his storage unit that had the internet enthralled. Luckily, he documented his journey on film.

The Markings On The Wall 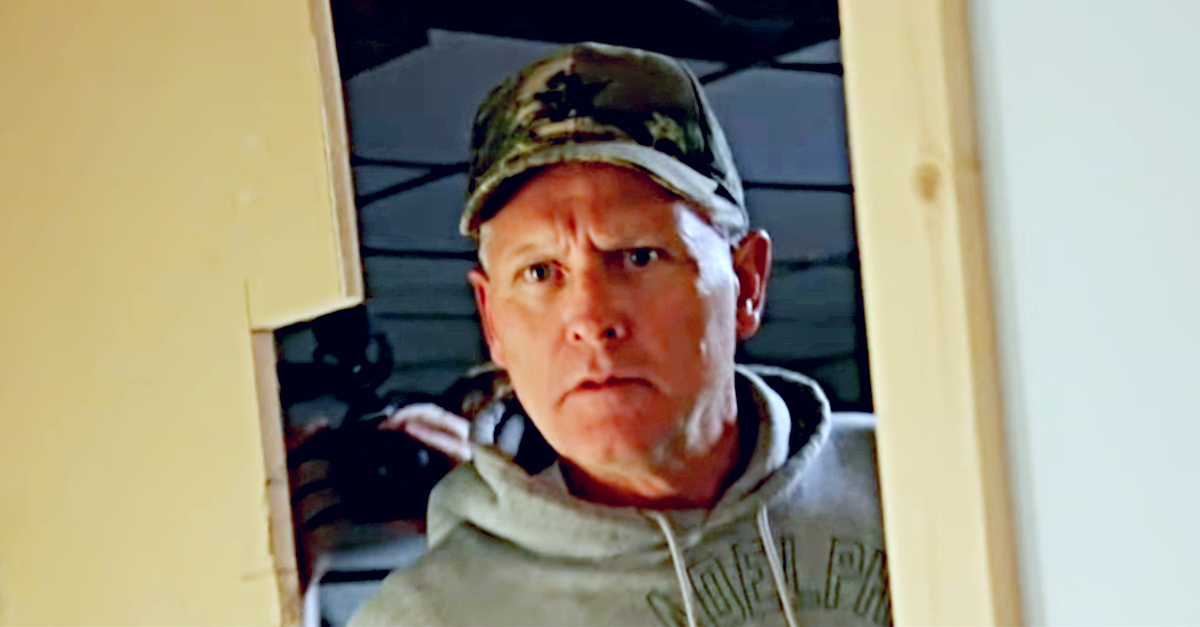 YouTube user, only known by his handle Cyrex686, began his strange journey one day when he began to explore his house. He had noticed the peculiar markings on the wall before, but on that day he became determined to find out what they were and why they were there.

Little did he know, the meaning behind the markings went far deeper than he could ever have imagined.

After asking people in the building if they knew about the markings and after calling friends over, Cyrex686 was still at a loss. Nobody he spoke to had even the slightest inkling as to what the odd circular markings on his wall were.

As the days wore on, Cyrex686 became more determined to get to the bottom of the mystery. 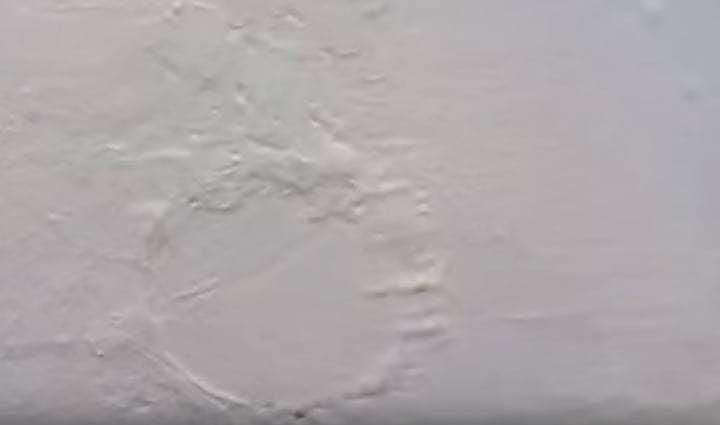 In total, there were three outlines of circles that had left an indentation behind the paint – two were small, but the third was much larger and possibly even wide enough for a person to fit inside. Cyrex686 couldn’t help but feel that something had once been there, behind the wall. At first, he thought that the markings could have been caused by pipes that had long since been filled in.

But he could never have expected what he would eventually find there. 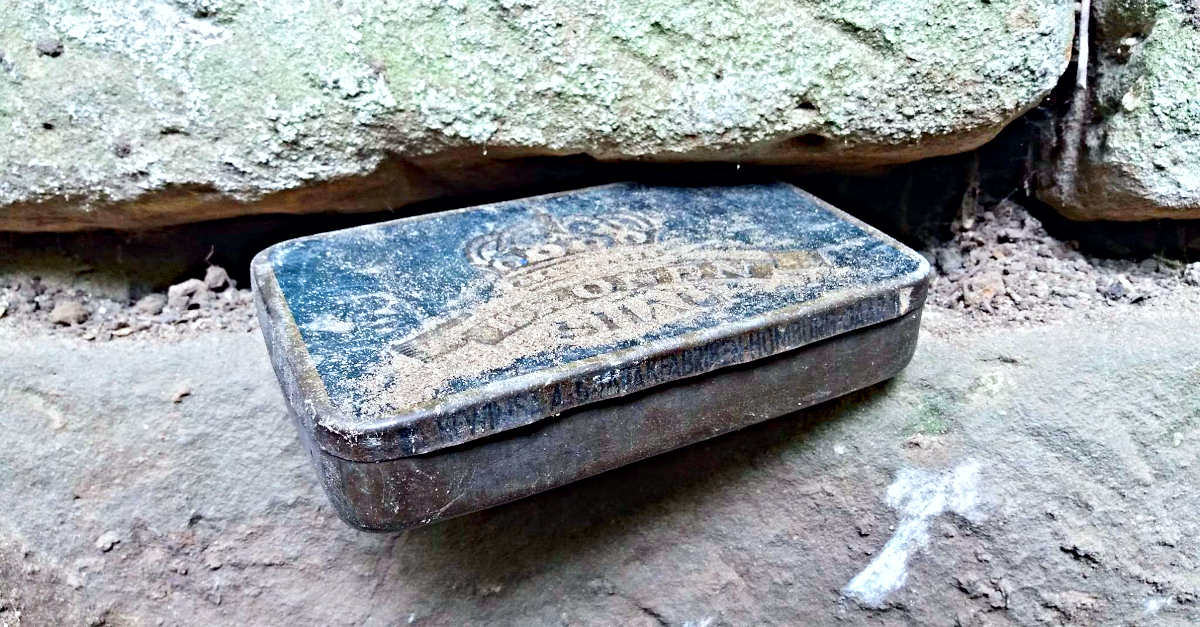 After a few weeks had passed, Cyrex686 had become consumed by curiosity. He needed to know what was going on behind the walls. He had heard about people making extraordinary discoveries in their old homes. What if there was something precious in his? So he decided to find out once and for all. He did something that few would do in his situation, and he recorded the entire process on camera for the growing number of followers who also wanted answers.

But what he found only raised more questions… 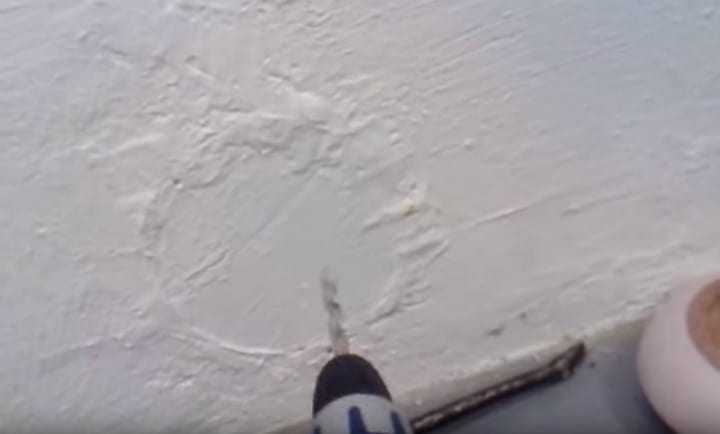 Determined to dig deeper into the mystery of the circular markings, Cyrex686 wasn’t prepared for what he would find when the markings began to reveal their secrets. Taking matters into his own hands, he picked up a drill and began to chip away at the plaster hiding one of the smaller holes.

But when he began to reveal the wood beneath, he knew that there was much more to these markings than he had ever anticipated. 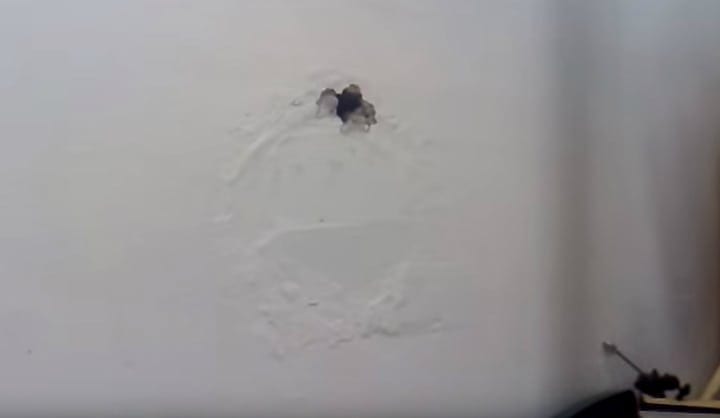 The rest of the wall was solid concrete, which made the discovery of wood inside the circle underneath all the more surprising. It was becoming increasingly clear that the circles were holes that had been plugged up and covered. But why? After tapping inside the circumference of the round indentation, he could hear a strange and muted echo ring back at him. It was hollow!

Now, he couldn’t shake the feeling that whatever they were hiding was something bigger and far more intriguing than just old piping. 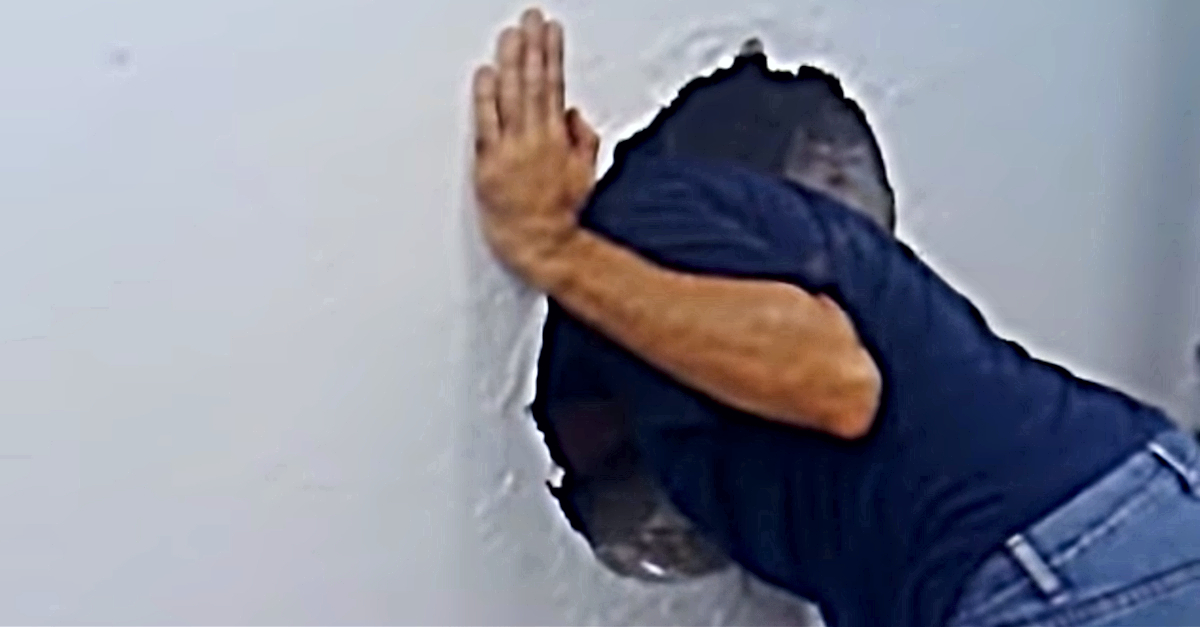 Cyrex686 immediately went to get help. He called his friend and told him about what he had found, but naturally, he was skeptical. But when he saw the hole that Cyrex686 had made in the wall, he couldn’t believe his eyes. Now he too had been drawn into the mystery.

The pair got to work and, to their surprise, managed to extract what looked like a wooden plug that had filled one of the holes. They immediately got their flashlights to see what was inside. 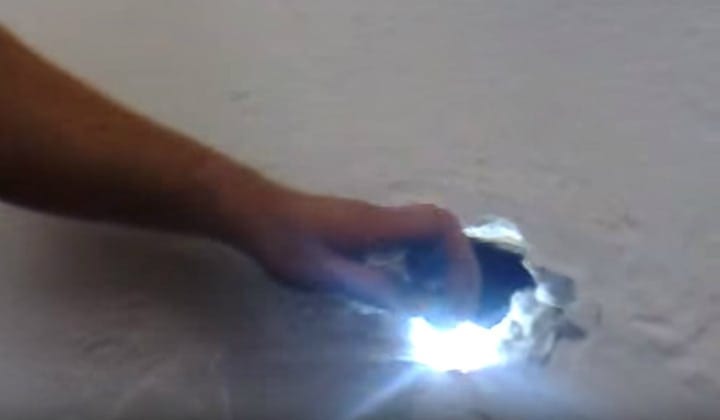 Although Cyrex686 wasn’t able to see much through the small hole, now he knew that there was definitely something hidden behind the wall. But why had the space been sealed shut? And by whom? He was all too aware that there could have been a good reason that it had been hidden.

But that didn’t stop him from beginning the slow process of opening up the largest hole – the one that was big enough for him to crawl inside. 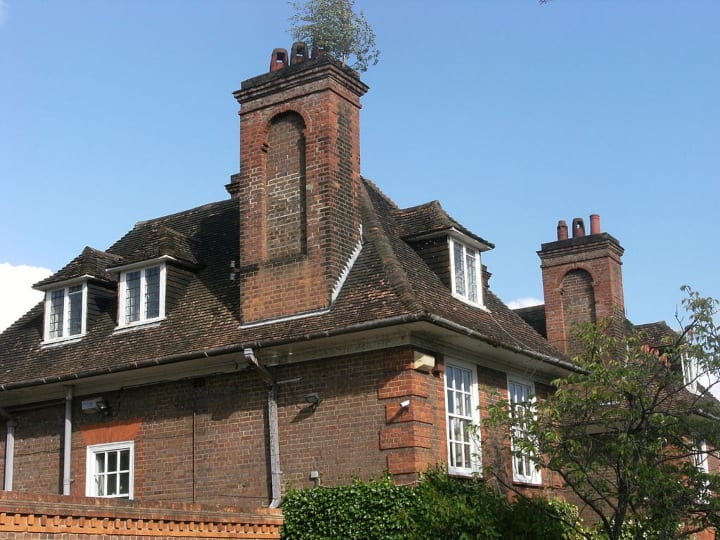 It turns out that the building that Cyrex686 was living in was centuries old. But over all those years it had been renovated many times. Just what secrets was this old building hiding? And did Cyrex686 really want to find out?

Cyrex686 knew that it had originally been an industrial factory, but could that explain the holes — that lead to heaven-knows-where — in the wall? 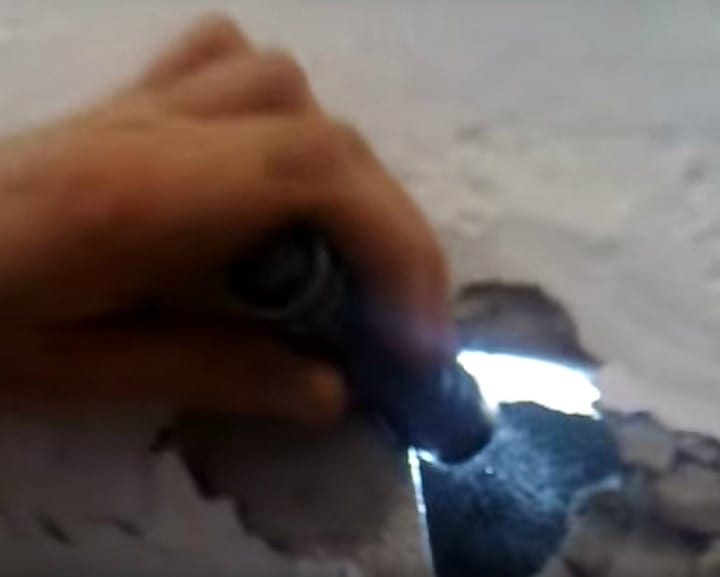 Now, the place that Cyrex686 was renting didn’t belong to him. He hadn’t asked permission to begin drilling into the walls, either. He knew what the answer would be, so he continued with his work before anyone could stop him. But to him, the possibility of being evicted or fined was worth the risk. He simply had to know.

And he ignored the warnings the members of YouTube were leaving for him after he uploaded the first video – to his own peril. 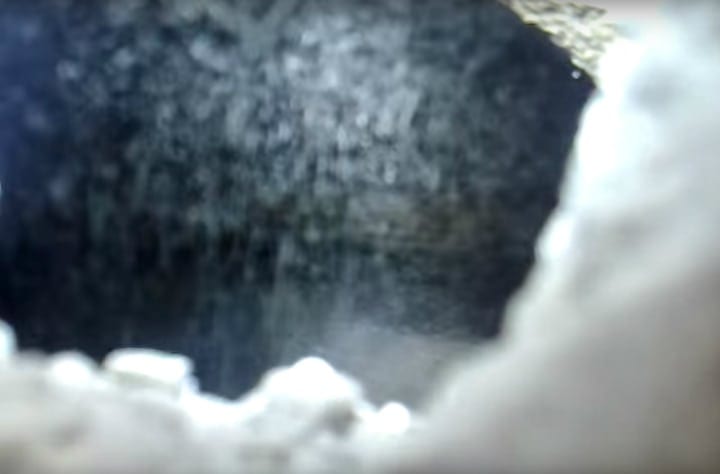 It was lucky for Cyrex686 that the landlord never seemed to catch on to just what he was doing in the rented space. The banging and drilling continued into the night as his followers on YouTube waited in anticipation for the follow-up video.

Everyone wanted to know what he would find. Eventually, the hole gave way and was big enough for him to venture inside. 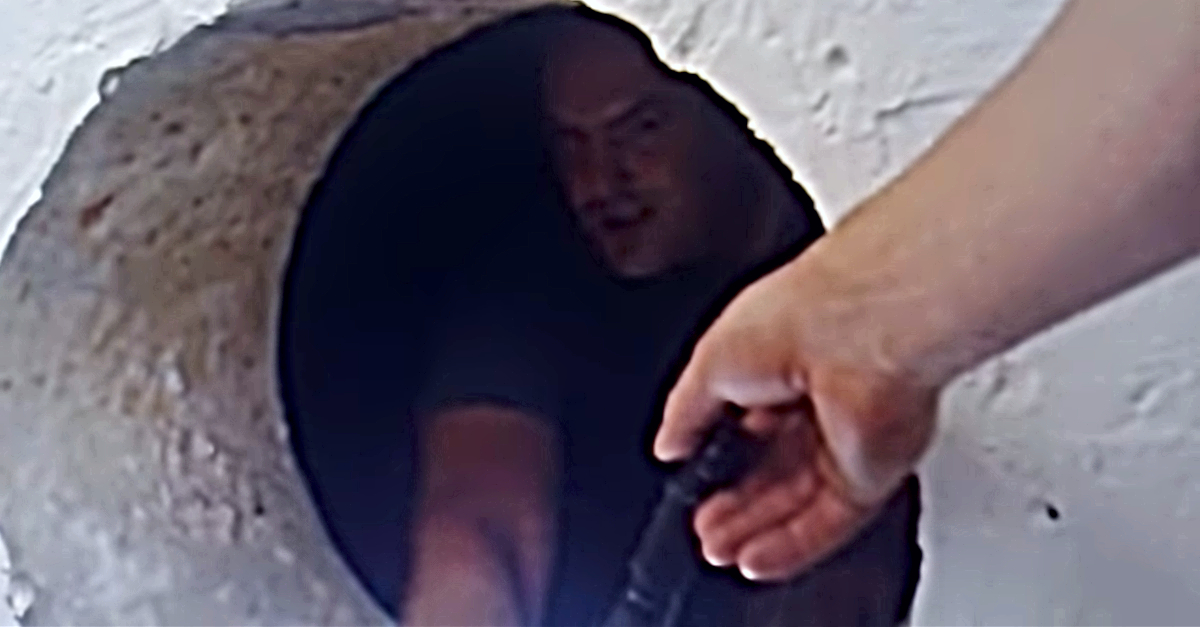 Although Cyrex686 was half expecting the holes in his wall to be just plugged up pipes that had long since been retired, he was not disappointed. He shone his flashlight into the hole and was taken aback to see that there was a cavernous room behind it.

He knew he had stumbled upon something huge. 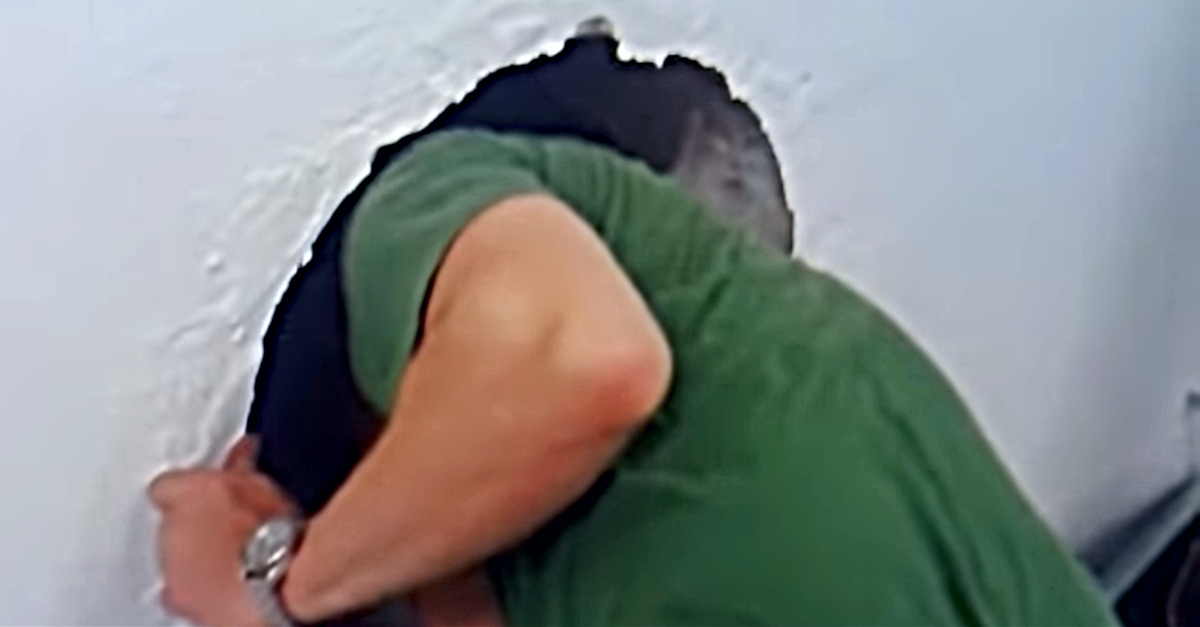 There was only one thing for it. He had to crawl inside the hole to better see what was inside it. While his friend recorded, he slid in legs first. He knew the dangers of going into an unknown hole, but what choice did he have? He had come too far to end his journey now.

He had no idea if there was something dangerous lurking in the pitch-black passageway. 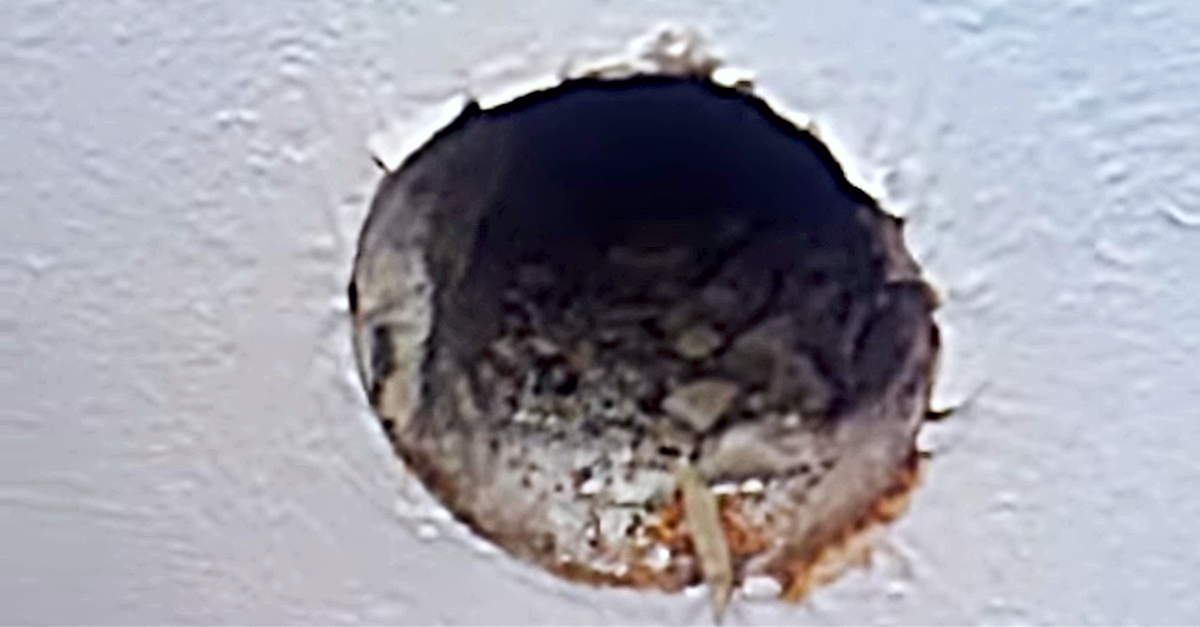 Meanwhile, YouTube users were driven insane by speculation. They posted what they thought could be behind the wall. Some guesses were fairly plausible, but others speculations were wild. The most common guesses were that the chamber had been used for illegal activities of various degrees.

As Cyrex686 groped around in the dark with only his flashlight for company, he only hoped that these guesses weren’t true. 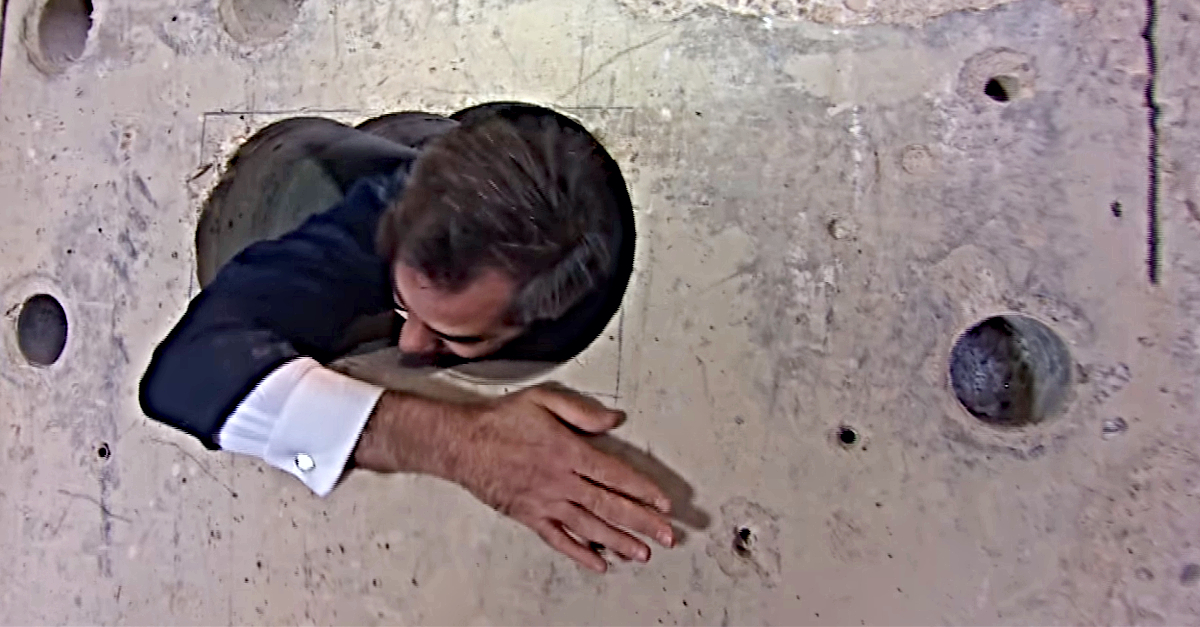 Another wild speculation was that the holes were some sort of otherworldly portal and that Cyrex686 had unleashed the evil spirits that had been trapped within. He couldn’t help but feel a prickle of fear at the thought – as far-fetched as it may be.

But down in the dark, a man’s worst fears come to life. The air inside the chamber was stale, indicating that it had been sealed off from the outside world from all sides. 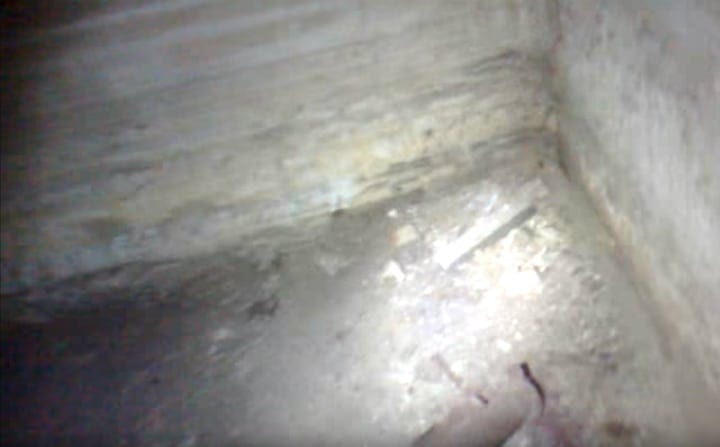 Cyrex686’s eyes followed the flashlight beam as it traveled over the floor and ceiling. Oddly enough, there was a pipe on the floor that wasn’t attached to anything, and a hook hanging overhead. Then, he saw the strange markings on the walls and froze in his tracks.

But, try as he might, he couldn’t explain them. 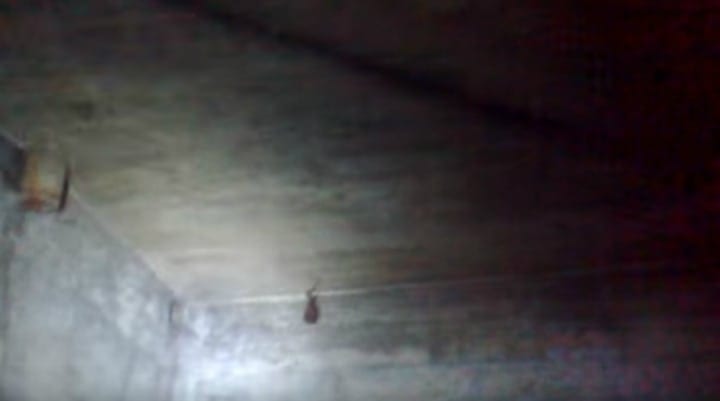 These markings on the walls were horizontal lines that ran along all four walls. Each line was a different color. Would these markings finally reveal what this mysterious room was for? Cyrex686 climbed back out the hole and began to look for answers from the many people who were following his discovery on YouTube.

Cyrex686 was becoming increasingly frustrated and getting no closer to solving the mystery. Then, something dawned on him. 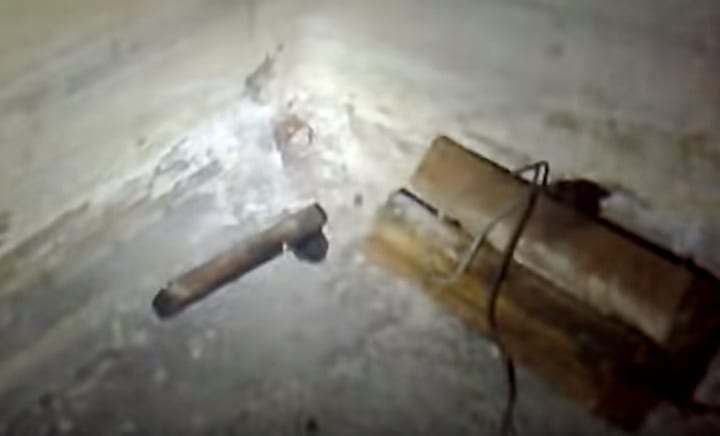 Looking again at the peculiar lines on the walls, he realized something monumental. These lines looked familiar – like water marks! The lines were obviously made by liquid, and the levels changed over time. That meant that the room could have possibly been used for sewerage.

And that would also explain why the room had been sealed. After reading some of the other comments, he found the answer he was looking for.

It Could Have Been Worse

After reading some of the other comments on the YouTube videos he had uploaded, Cyrex686 learned that the secret room was most likely used as a cistern – for holding water. It had been used when the building had still been an industrial factory over a hundred years ago! It had been sealed because modern plumbing technology had rendered it useless.

Cyrex now realizes that he was lucky that the pipes he opened weren’t still filled with water that could have flooded his storage unit!