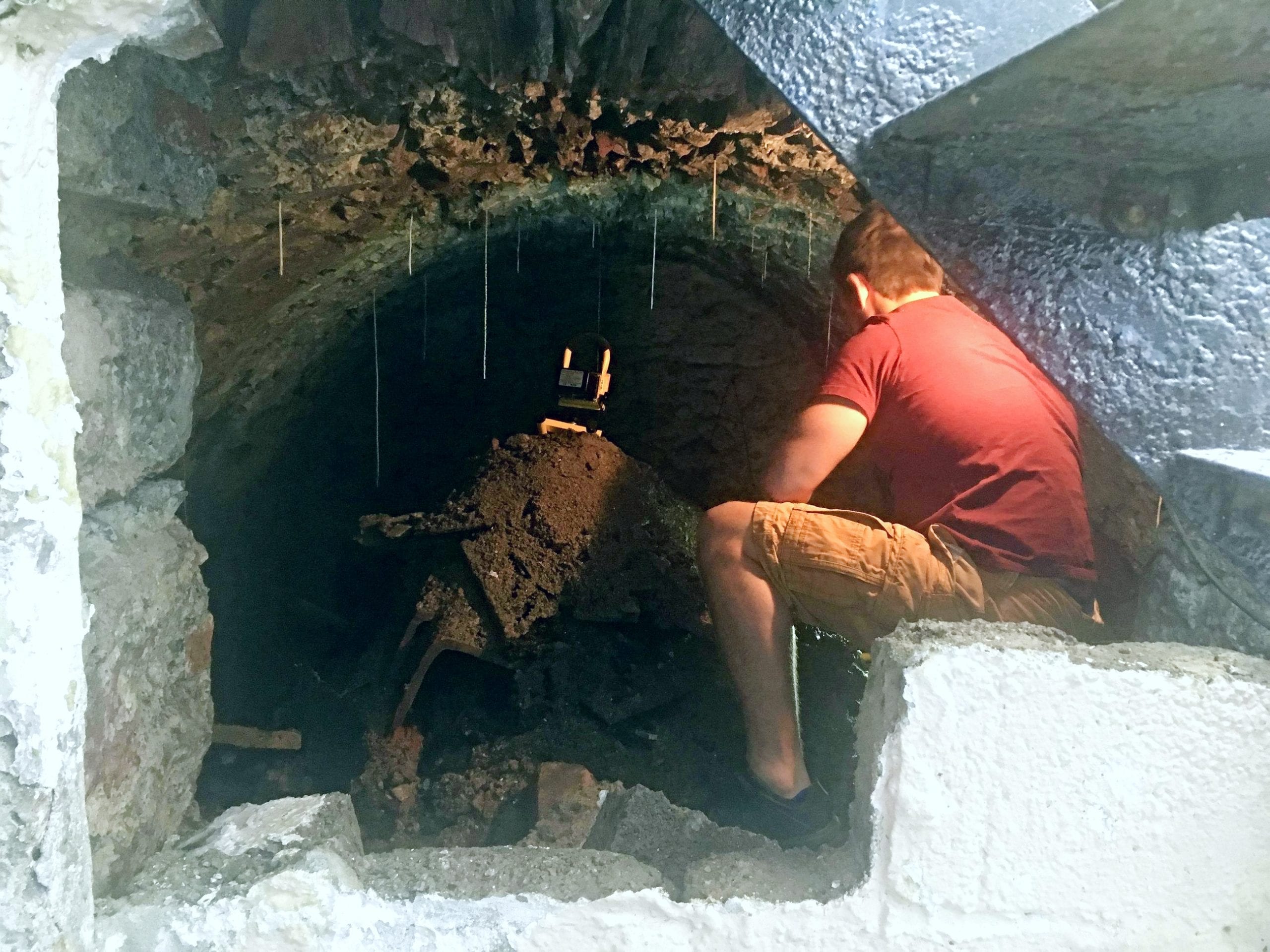 Where Does It Lead?

What started as a curious peek behind an old wall had gotten seriously out of hand. His basement held some dark secrets, and a few shocking discoveries prompted him to contact an expert.

With some help from a historian, he quickly realized this wasn’t just a storage space with a few weird treasures. 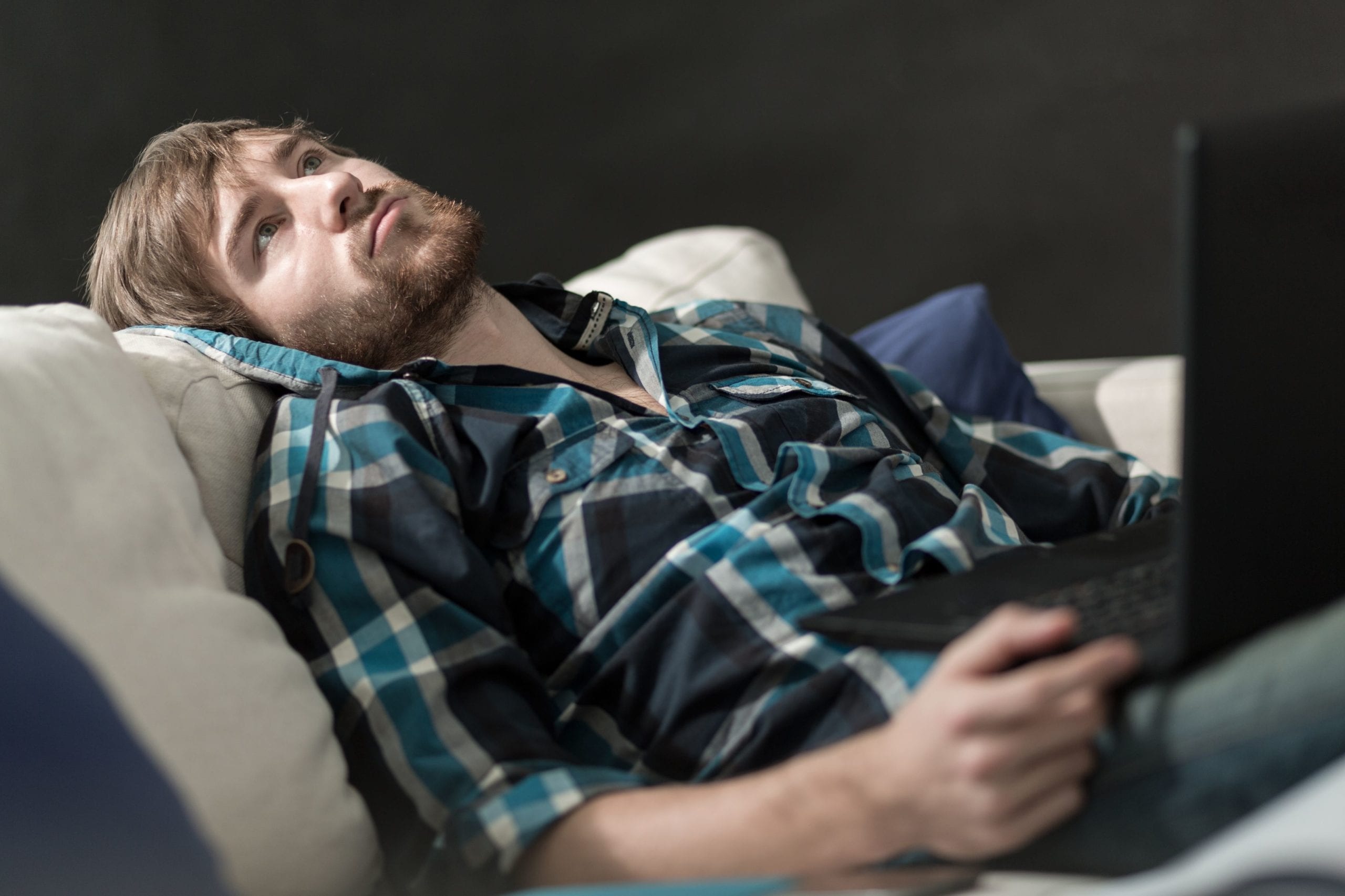 Like most people under coronavirus lockdown, Jake Brown found himself lying around the house with nothing much to do.

So rather than go mad with boredom, the handy Brit decided to get started with a few renovations on his newly-bought house in Plymouth. But as Jake would soon discover, this was going to be way more than a simple weekend fix-up. 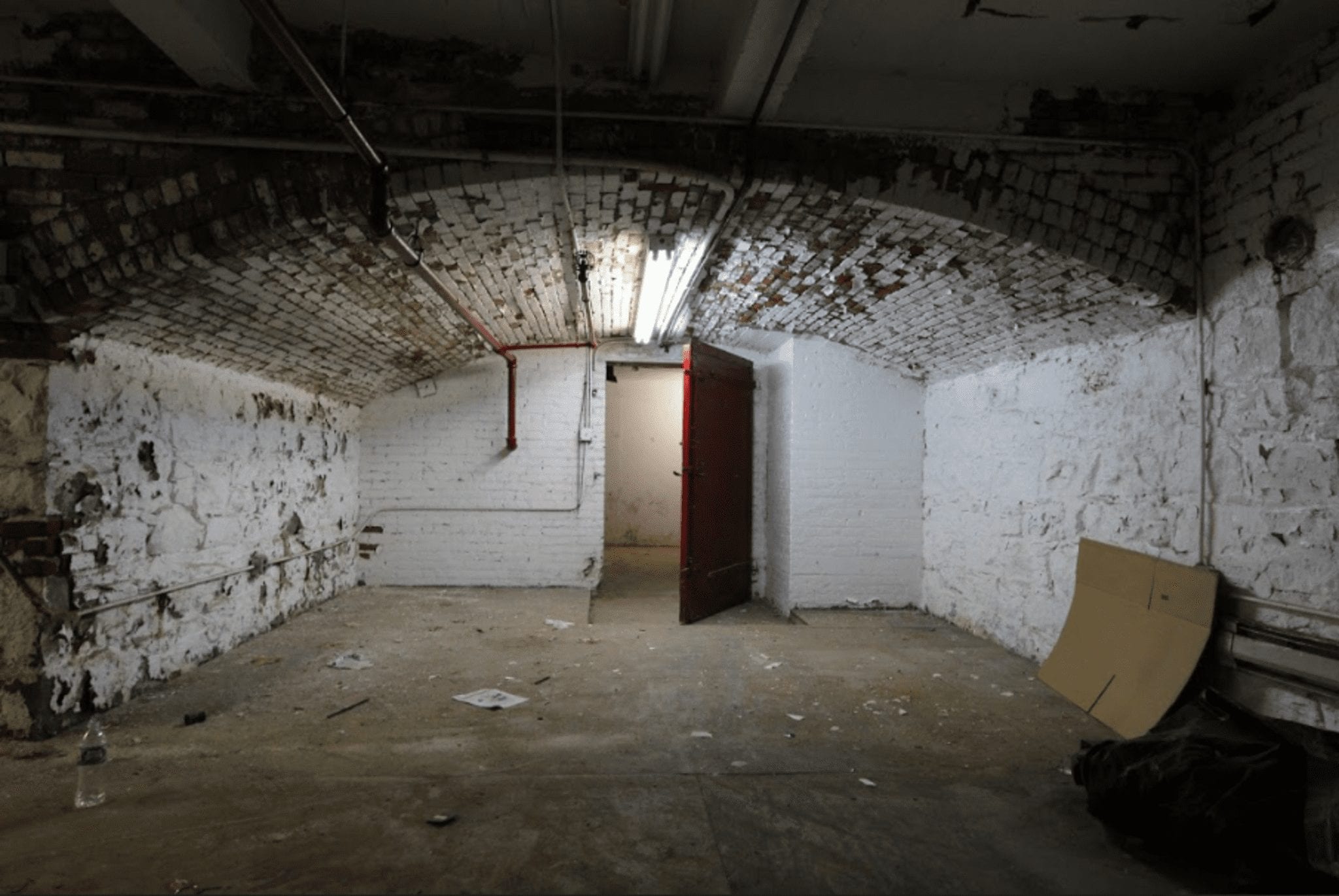 Jake found himself assessing the old house’s basement. He’d dreamed of one day converting the space into his own personal man cave, and this seemed like as good a time as any to get started.

But while taking a few measurements, Jake noticed the texture of one of the walls was slightly different from the rest of the house. 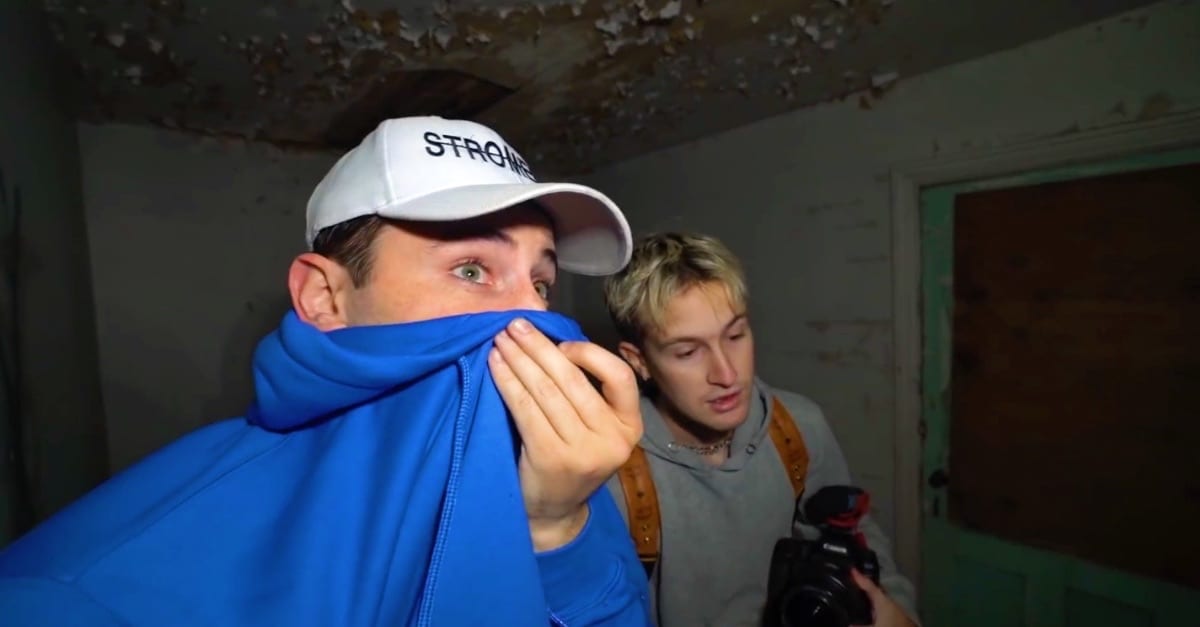 At first, Jake was scared to touch the wall without an expert to inspect the structural integrity, but his curiosity got the better of him. “I grabbed a drill and began working pilot viewing holes into the wall,” he admitted. There was clearly something hidden behind that wall.

Once he’d made a hole large enough to fit his head through, Jake peered inside. He couldn’t believe what he’d uncovered. 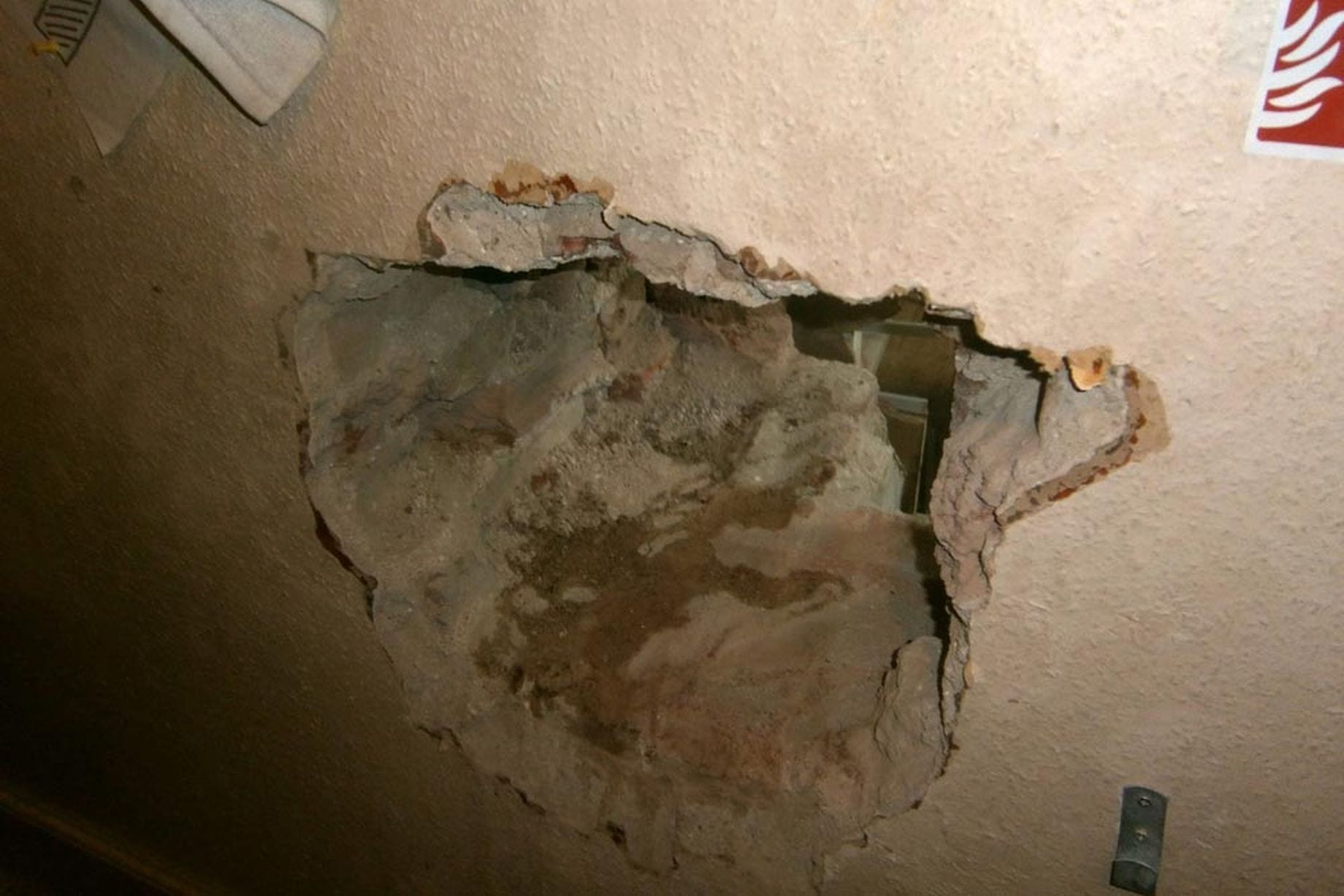 “I peered through into the dark dusty expanse and realized it was a cavern of sorts,” Jake explained. His lockdown boredom had taken a sudden turn right into an adventure story.

As he shone his torch into the space, he noticed something glimmering in the darkness. This small hole wasn’t going to cut it, he’d have to find a way to get inside. 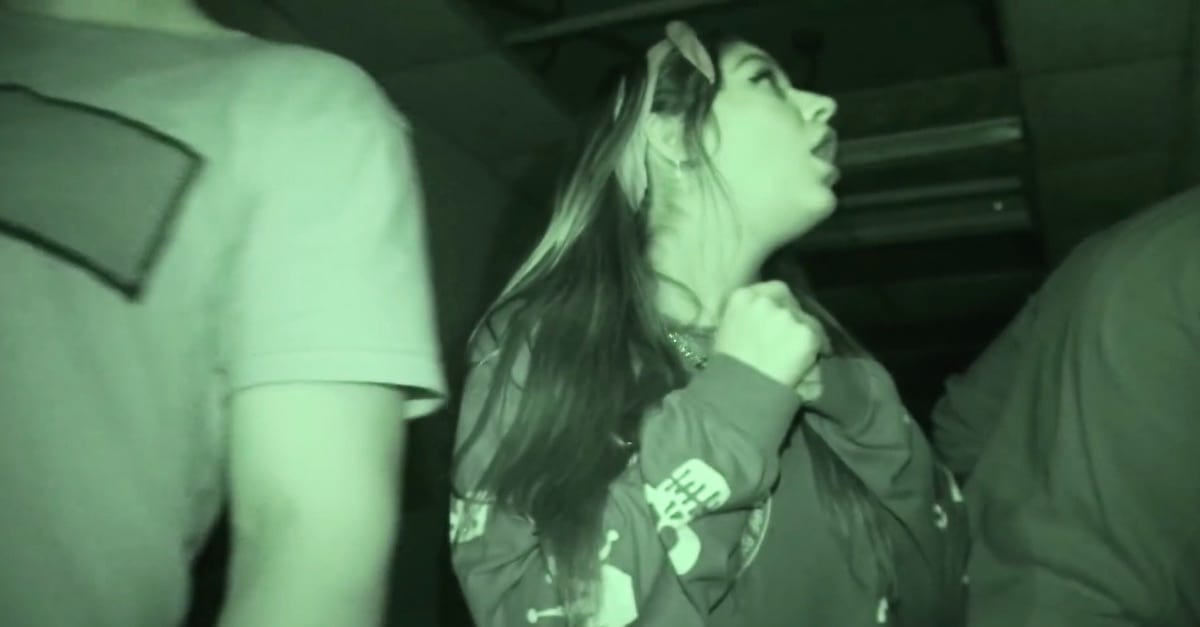 Desperate for answers, Jake took a sledgehammer to the wall. The sound of cracking rocks and tumbling debris brought his apprehension about going deeper into the cavern alone rushing back to the surface. His wife begged him to stop.

But would an engineer even come out during lockdown? And what if he’d found a secret treasure stash? Jake couldn’t go back to the couch now. He gave the wall another huge swing… and instantly regretted it. 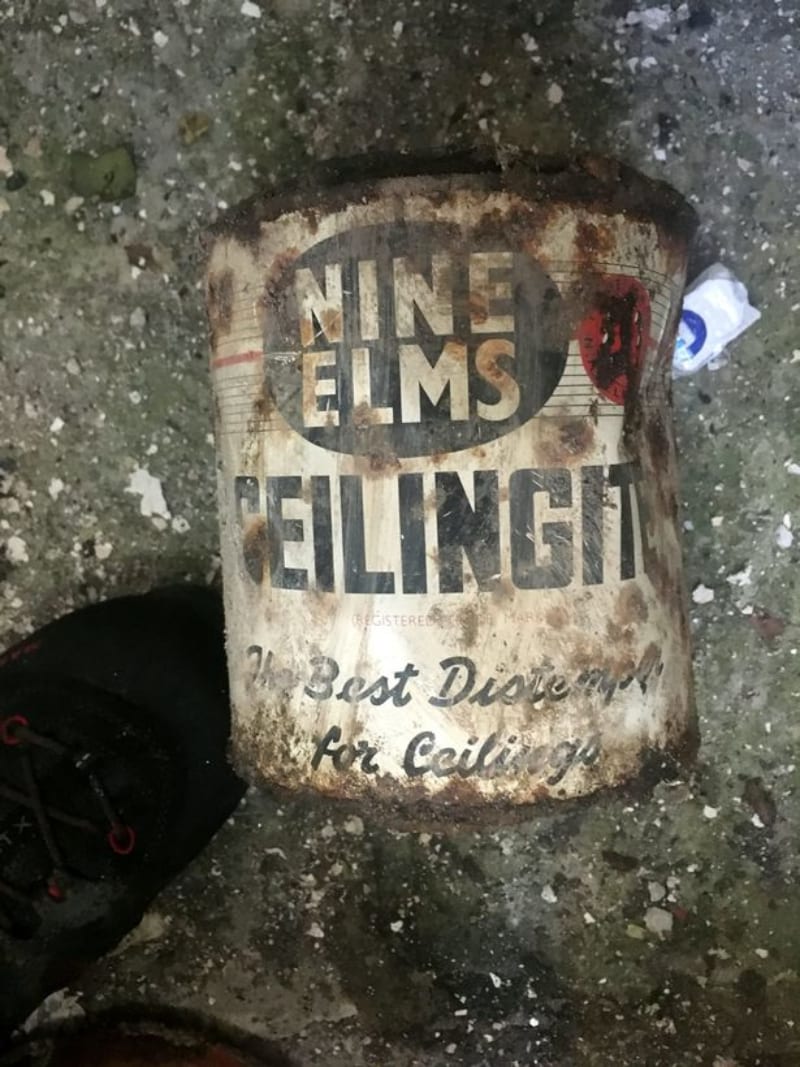 While the cavern was built well with a strong arch preventing the space from caving in, Jake’s journey to investigate the hidden space ended with a damp squib. What he hoped would be gold coins that would pay off his mortgage were merely some old paint cans and empty bottles.

But just as he was about to give up and repair the hole, he noticed the rusty cogs and gears on the wall. An old bicycle! Why would someone block up a space with something as valuable as a bike inside? Jake stared at the bike, scratching his head.

But then he found something that held far more interesting clues as to the origin of the cavern. It was an old newspaper – and what was written inside had him racing to the bathroom. 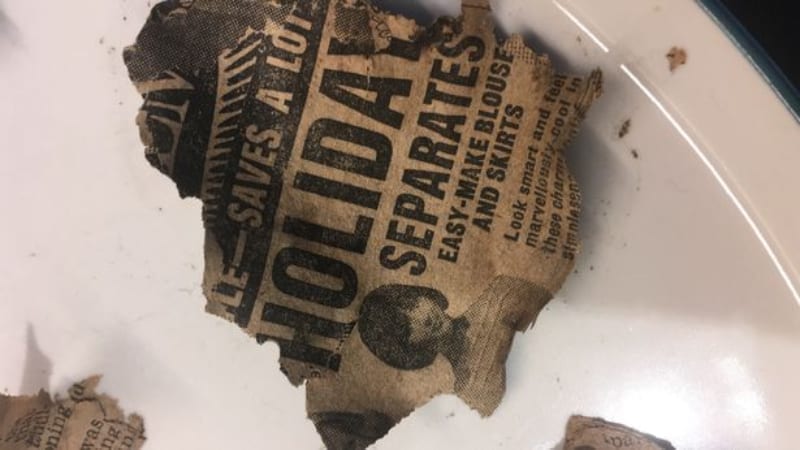 Using a few restorative techniques involving bathing the old pages in the tub and taking photographs, Jake was one step closer to working out how long the cavern had been covered.

Shaking with excitement, the work-from-home detective decided it was time to call in the experts. When he finally got local historian Richard Fisher on the phone and told him about the newspaper from 1964, he found out just how deep this mystery went. According to Fisher, the whole area used to be a large hill called ‘Windridge Hill’, but it soon became a quarry and houses were built onto it. He told Jake that many homeowners in the area had repurposed the tunnels – including mushrooms growers back in the 1960s!

But then in passing, Jake mentioned the bottles. A quick confirmation of the labels dated Jake’s tunnel as far back as the early 1900s, which according to Fisher meant his tunnel may be a lot deeper than the others he’d encountered.

Jake’s particular cavern had likely been used to bring coal into the basement, which meant it probably led all the way to the street. The newspaper indicated that the tunnel was covered up back in the 1960s, but the entrance would have been in use way before then.

Mystery solved. But for a man who couldn’t leave the house due to lockdown, what use was a secret tunnel? Then Jake had a thought. While the discovery yielded little in the way of valuable treasure, Jake did find the whole adventure fascinating and was excited to continue his renovation plans.

Because now, his man cave would have a secret tunnel – and he didn’t even need permission to put one in! Wouldn’t you be jealous of your friend’s basement with a feature like that?