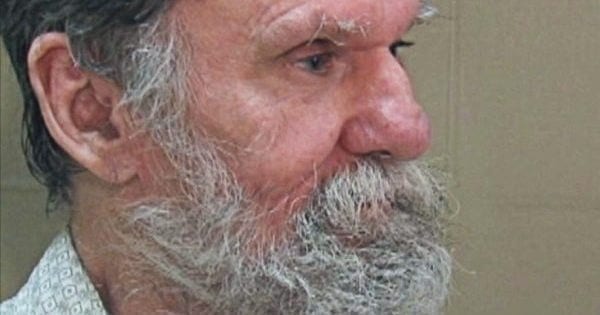 From Rags To Riches

Homelessness exists everywhere, it’s a sad fact of life. How many of us stop on our daily commute to work and reach out to the person begging on the side of the street?

The man you are about to learn all about is one of these invisible people that you walk by every day. His name is John Helinski and his story is a real-life rags to riches tale, caused entirely by the kindness of strangers.

Sleeping On The Street

John’s home was a cardboard box under a bench in downtown Tampa. He was used to being walked by and ignored, day in, day out. Life on the streets was very tough but he had become accustomed to it

That was until one day when one kind soul noticed him and his life changed forever.

John had had some ID on him at one point in his life but life on the streets was cutthroat and you need to be prepared for anything. “I woke up one day with nothing” mused John. “Wasn’t that I’d much to take to begin with but I always kept my social security card on me. That one was a real kick in the teeth”.

This was something that John sorely needed in order to secure himself temporary housing at Florida’s Community Housing Solutions Center. It was here that John would meet someone who would change his destiny.

Charles Inman worked at the Florida Community Housing Solutions Center and had met many faces in his time there. “You meet every kind of person imaginable in this job. Some are willing to work with you but many aren’t. John was one of the sweetest men I had ever met so I knew I had to do everything in my power to help him”.

Turns out that’s exactly what Charles did.

From The Streets To A Bed

“My life has changed more than I can even explain!” exclaimed Helinski. “Life here at the center is sweet, I finally feel safe after so long. Life on the streets was dangerous. I once woke up one night to a gang of teenagers kicking me, just for the fun of it. How is that even fun?” shouts John, tears glistening in his eyes.

“I owe it all to Officer McDonald and Charles” smiled Helinski. Turns out he would owe them a lot more than he had anticipated.

Bureaucracy Gets In The Way 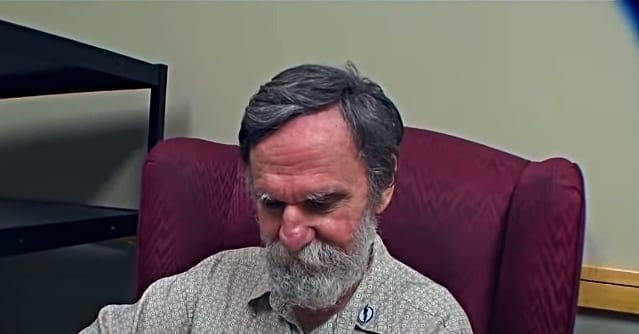 Despite his sweet and endearing nature, Charles needed some official documents from John before he could accept him into the shelter and take him under his wing.

“It’s a dang joke it is!” puffed John. “All this paperwork gets in the way of everything these days. Next thing you know they’ll be asking for your social security number to buy a popsicle at the store!” he laughed. Thankfully for John, one kind-hearted cop knew just what to do.

A Brush With The Law

Officer Daniel McDonald had been a cop for thirty years and he had developed a no-nonsense demeanor for trouble makers. However, when you got to know him, his kind heart and warm nature became apparent.

“I wouldn’t have put in the effort I did to help John with just anyone,” said McDonald. “This guy was just the sweetest old man ever and just so down on his luck that I couldn’t help myself. He deserved it” he smiled. So what exactly did Officer McDonald do to help?

John Helinski had originally come to America from Poland many years ago. Hardship and poverty had caused him to end up on the streets of Tampa, Florida but he had always retained his social security card- until it was stolen.

Officer McDonald helped him trace back his original birth certificate from Poland to allow him to apply for a new social security card and secure his place in the shelter. This was only the beginning of Helinski’s good fortune.

A Blessing From The Past

“No one has ever put in the time or effort with me that Charles and Officer McDonald did” said an emotional John, wiping tears from his eyes and beard.

“To go from having nothing, being robbed in my sleep, being attacked and feeling like nothing to this… I feel truly blessed” murmured John with a smile. Turns out while uncovering all this old information on John, Charles and Daniel found something that would change John’s life forever. 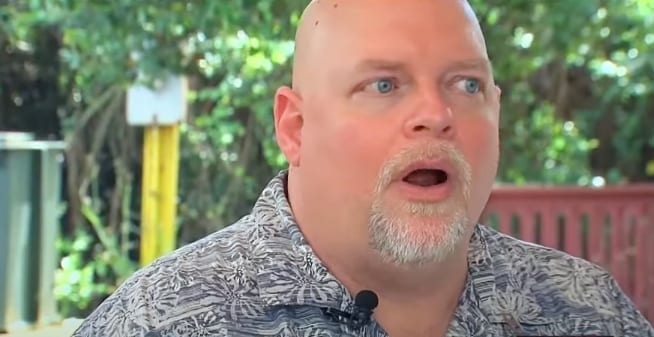 “I’ll never forget the moment we realized what we’d discovered” smiled John. “It’s the kind of thing people in my line of work dream of”.

While uncovering all his old personal information, it transpired that John had an old bank account in his name. That never stopped receiving social security. For YEARS. John had discovered a small fortune all in his name. Talk about a savings scheme! So what was John going to do with his riches?

Going Above The Call Of Duty

“Charles really went above the call of duty for me” beamed John. “He didn’t have to try as much as he did but he did anyway and now I’m able to permanently buy housing”.

“Knowing I never have to sleep under benches or worry about not having a roof over my head is amazing. I haven’t felt this peaceful in years” he declared. What has John learned from this amazing experience?

“I have my freedom now. Life is good!” smiled John. “The main thing I’ve learned is to never take anything for granted. I used to have nothing but the clothes on my back and a few cans of beans, now I have a home. It’s so wonderful to be able to truly appreciate things”.

It really does go to show that every dog has its day.