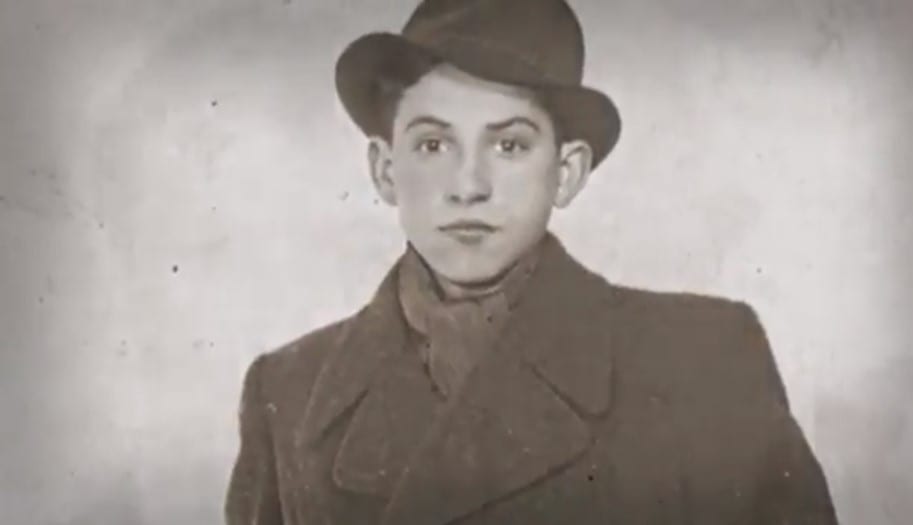 When his friends told him the truth he felt his world collapse. He had gone from looking forward to a bright future to being uncertain of everything in a heartbeat. He’d been lied to for his entire life, and for what? So that his father could be protected?

And now, the lies were about to come crashing down like a house of cards. What had he done?

It was the night before graduation and Steve Lickteig felt like he had his whole life ahead of him. With just a few weeks until he left the sleepy town of Kansas to become a Marine, he was making the most of the time he still had with his friends and family. But his friends waited until the last possible moment before they decided that it was finally time to come clean.

It was a secret so awful that everyone in town had caught wind of it. Everyone knew, except Steve.

Steve had eight siblings. Although there was a large age gap between Steve and his big sister, Joanie, he never thought much about it. Mary and Don Lickteig had told him that they had wanted another son, and that was that. He never thought to question them.

After all, he thought that if there was anyone he could trust to tell him the truth, it would be the people who had raised him. But just how far were they willing to go to protect the people involved?

Mary and Don did the best they could to make sure that Steve never found out what had happened – and they succeeded, to some extent. But all his life he had an inexplicable feeling that something wasn’t quite right. When he reached adolescence, he chalked the feeling of unease down to simple teenage angst.

But no matter how hard he tried to reason with himself, the feeling just wouldn’t go away. Something just didn’t add up.

Meanwhile, everyone in the close-knit community knew. His friends, siblings, peers, teachers, and even his high school girlfriend knew about Steve’s real father. Whispers and gossip followed him wherever he went, but the sordid secret stayed locked tight behind closed doors. The Lieckteig’s scandal was kept under wraps for 18 years.

Mary and Don tried their best to keep the truth from him. But, as secrets do, it eventually came out. But Steve hadn’t been ready to hear it.

On the day before his high school graduation, Steve was still blissfully unaware of his family’s dark secret. He was spending time with his best friends, Vance and Alan when they decided that the lies had gone on for long enough.

Even though they had been sworn to secrecy by their parents, they knew it was time. If they didn’t tell Steve the ugly truth, who would? It was time he knew what his father had done all those years ago.

Vance exchanged a look with Alan and tried to approach the subject carefully. He had thought long and hard about how the bombshell he was about to drop on Steve would affect him. He knew Steve’s “parents” had no intention of ever telling him the truth and would be mortified when the family name was ruined. But Steve would be joining the Marines soon. It was their last chance.

“Steve… We have something we want to tell you,” he said, quietly.

At first, Steve couldn’t quite comprehend what his friend was trying to tell him. Alan shot Vance a look, but he waved him off and exclaimed, “No… he needs to know!” What did he have to know?

Vance continued. “Your sister, Joanie… well…” And just like that, Steve felt the world as he knew it shatter into a million pieces as Vance spilled every detail. There was no stopping him now.

They Had Always Known

“I was just silent, and they filled the silence with what they knew. They told me who my mother was and they told me that they had known for basically their entire lives,” Steve recounts.

“And that everybody I had grown up with had known for their entire lives, and they felt that this was the time that I needed to know.” But then… who was Steve’s father?

Vance explained that Steve’s sister, Joanie, was actually his biological mother. Steve listened, dumbstruck. If Joanie was his mother, then who were the people he had called his parents for eighteen years?

He didn’t even know who he was after this revelation; let alone what it all meant. But when Vance had finished explaining, he only had one question.

“Who else knows?” Steve asked with wide eyes. Alan replied gently, “Everyone.” Steve couldn’t believe that the entire town had been keeping the truth from him. He felt betrayed, and then the feeling of betrayal became rage. His real father had abandoned him.

His very identity and everything he knew had disappeared in a puff of smoke, revealing the ugly secret behind it all. He did the only thing he could.

Steve held onto the secret for another six weeks before confronting his “parents.” They attended his graduation with huge smiles, and Steve played along. But it was all a farce. “I didn’t say anything to anybody after I found out,” Steve remembers, “This was the middle of May 1987. I had a high school graduation the next night, went to it, actually spoke at the graduation, went to all the parties, did everything.”

But it was only a matter of time before the ticking time bomb went off.

“I held it in for another month and a half, and then I confronted my parents — my grandparents — about it,” Steve explained. “Then, being an 18-year-old and angry, I ran away. Got into a car and drove to the nearest town, which was 20 miles away, rented a motel room… with my friends.”

Suddenly, there was a knock on the door.

Steve opened the door, and there stood Joanie – the woman he had thought of as his older sister for his entire life. She had tracked him down to confess. “We had a moment of, ‘Yes, this happened. I’m sorry.’ I was mostly silent,” he explained.

But now that the secret was finally out in the open, would Steve’s grandparents and biological mother tell him why they had lied for so long?

“Part of it was the time of this, which was the early ’70s, and also (it was a) small town, a tight-knit community,” Steve said. “The community members who knew, who didn’t say anything, were just trying to be good neighbors.” It turns out that Joanie had fallen pregnant out of wedlock, and her parents decided to raise Steve as their own to protect the family name.

But this situation isn’t as unusual as you may think.

Dani Shapiro, who interviewed Steve on her podcast “Family Secrets,” says that more and more people in this day and age are discovering their true lineage, especially with the growing popularity of home DNA kits. She went as far as to say that it is an “epidemic.”

But is it right for a family to keep such secrets about their members’ personal identity?

A Right To Know

“Ultimately people do have a right to know, and I think also feel liberated by knowing the truth,” Dani said in an interview with TODAY. “The secret-keepers are carrying a burden, but the question is not so much whether they should share that secret, but when.”

After Steve found out his personal truth, was he ready to confront it?

Getting On With Life

Shortly after Steve found out that his sister was his biological mother, he joined the Marines. When he had served his time, he married and settled down. He landed a successful career as a journalist at NBC News, but his relationship didn’t end well and the couple filed for divorce.

In 2013, Steve decided to make a documentary about his experiences, titled “Open Secret.” In the film, he interviews his grandparents, childhood friends, and siblings to try to shed more light on what was such a murky subject throughout his life.

He needed to take a journey of self-discovery to try and find out the missing details.

In an interview with KRWG, Steve explains how that earth-shattering revelation changed him forever: “It was never spoken of again after that day, you know, not until fifteen years later,” he said. “We just didn’t talk about it. And it sounds melodramatic to me, but I changed that day.”

The family secret, now that it was finally out, had driven a wedge in Steve’s relationship with his family.

“I was a really happy-go-lucky guy in high school and something kind of shut off in me and the relationship sort of just became nothing,” he explained. “It was just obligatory and it was that way with the whole family. You know, I have a large [family] — six sisters, two brothers. I felt like they all were sort of in on it, so I just separated myself.”

But would the Lickteig family reconcile?

Steve tried to imagine what his mother had gone through. She had given her child up and then had to live a lie.

“I was trying to understand what she must have gone through to have had a baby, and then see your own parents take the baby, and then tell you that the story is going to be that you have to tell this baby that you’re his sister — not his actual mother — and you have to live that for basically the rest of your life.” But had Joanie wanted to give him up?

“… She says she did not want to give me up. My parents say that’s not true, that she needed the help. I think, as with most things, it falls somewhere in the middle,” Steve said. “And I do believe that she was told this is the story: If we’re going to go down this road, this is the story that we’re going to use and you’re going to stick to it. And that’s when all the family members were told.”

But what would they think of the film?

Wanted Nothing To Do With It

Don and Mary Jane, Steve’s biological grandparents, seemed happy to finally talk about the truth, but Joanie wasn’t prepared to sit down and discuss the finer details. She has since married and has other children.

Steve couldn’t help but feel disappointed. She wanted nothing to do with his journey of self-discovery or his documentary.

Not What He Expected

“She just said to me, she said, ‘I saw your film. I understand why you did it,’” Steve said. “‘I don’t want anything more to do with it going forward so please don’t ask me to be involved in it.’” We’ve emailed a few times, but we haven’t had any conversation in a long while and it’s not the outcome that I had expected.”

But there is a silver lining…

After filming, Steve felt as if a burden had been lifted from his shoulders.

“I got to have these conversations. The film gave me and them permission to have a conversation that just would not have happened otherwise. So yeah, in the end I can walk away from this and say this did what it was supposed to do.”

Steve is happily married and plans to have children of his own someday. Now that he has made peace with what had happened, he had another burning question. The question of how involved Joanie wants to be had to be asked. Steve wanted to know what his children will know her as – their grandmother or aunt.