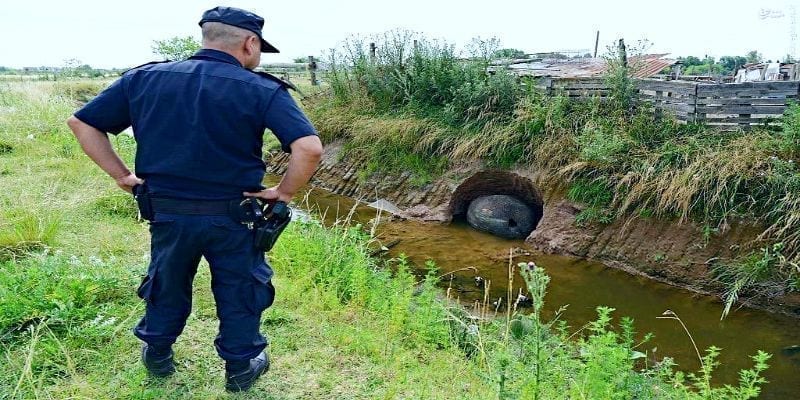 It Started As Just An Ordinary Day

The sound of police sirens pierces the air while hundreds of people are stood gathered around a riverbank in a local farmer’s backyard. Right before their eyes is something that at first sight, cannot be explained — something that was discovered so unexpectedly by a farmer on a simple stroll in his backyard.
For that farmer, Jose, this day started out as just an ordinary day.

A Walk That Would Make History 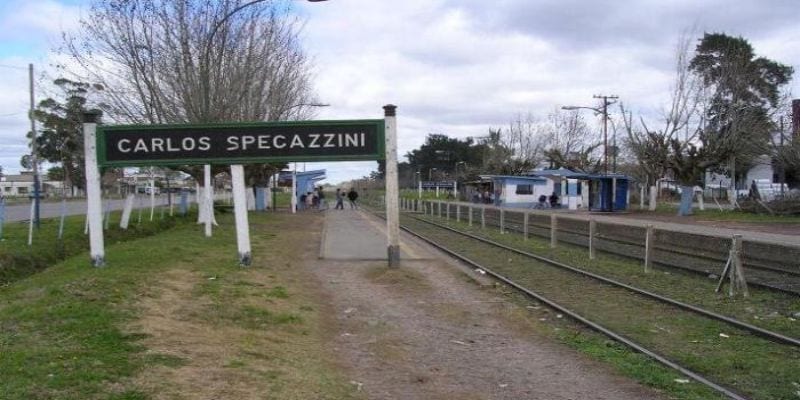 With the sun shining down on his new home in Buenos Aries, farmer Jose Antonio Nievas decided to go for a Christmas Day walk in his backyard with his dog. He had yet to explore the acres of land included with the farm, including the riverbank and streams. And so, he opened the back door and set off.
Little did Jose know he was about to make history.

Stopped In His Tracks 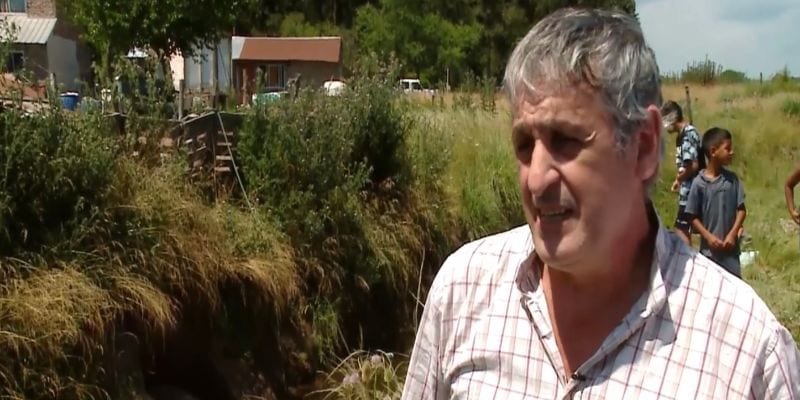 Walking alongside the riverbank with his dog beside him, suddenly Jose noticed something strange in the muddy water. Wedged in the bank, it looked like a huge giant black egg. Jose stopped in his tracks. What exactly was it? He felt a sudden sense of curiosity creep upon him.
His gut was telling him to take a closer look.


What Exactly Was It? 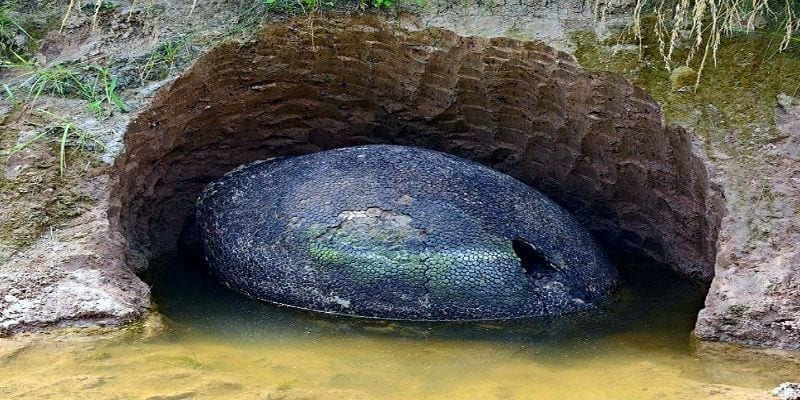 As Jose got closer to the strange object, he noticed that it was completely covered in mud. He decided to attempt to dig it out, and as he did, the object’s true size slowly revealed itself. Measuring 3 feet wide, it was too big to be any kind of egg…
So what exactly was it? 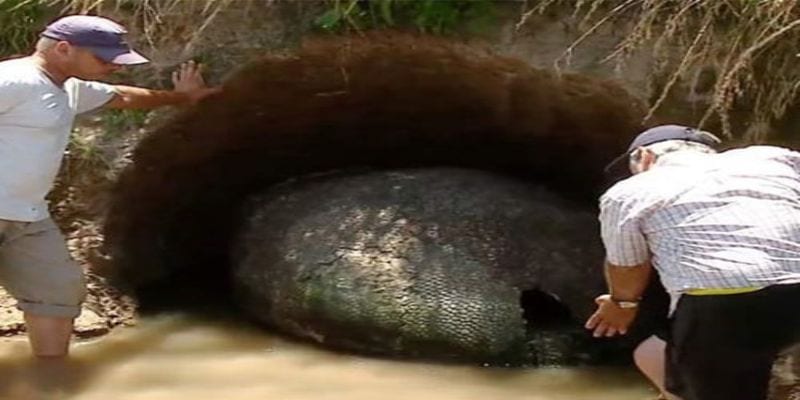 Wiping the sweat from his forehead, Jose had been digging at this object for 15 minutes. He was having trouble dislodging it out from the muddy riverbanks.
As he let out a sigh and looked at his canine companion, he knew he needed another pair of hands to help find out what this object was.


This Was No Joke 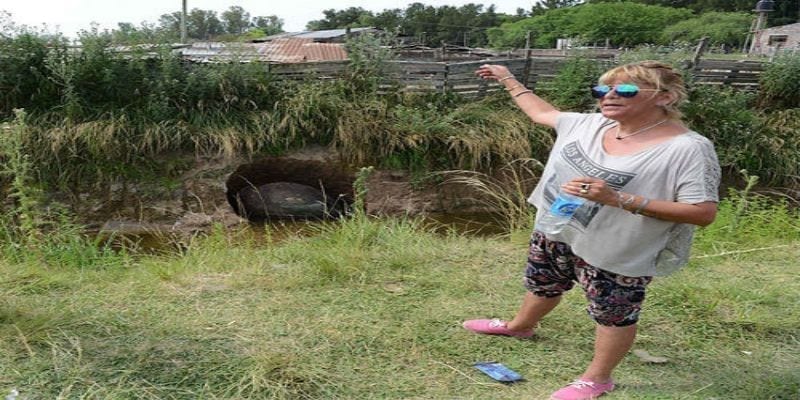 Ringing up his wife for help, Jose told her he had found a massive, black colored egg that looked like it had come from a dinosaur. Lost for words, his wife replied with a laugh, admitting she didn’t believe him, thinking it was a joke.
But as they soon discovered, this was not a joke.


They Knew They Needed Backup 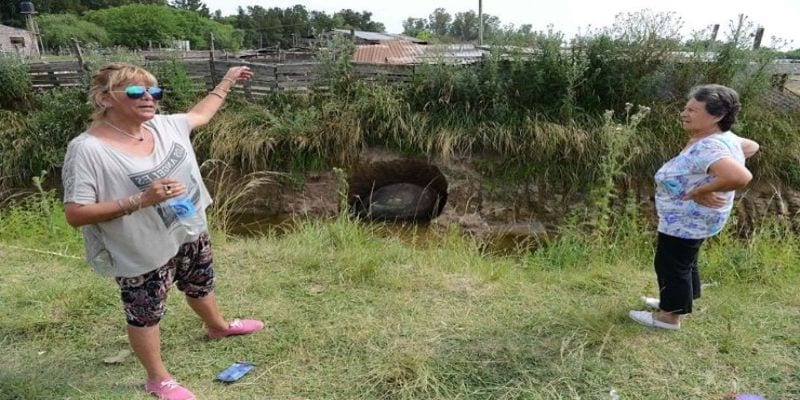 Arriving at the riverbank, Jose’s wife was lost for words at the sight before her eyes. Eager to find out more, she assisted Jose in trying to dig the mystifying object out of the ground, while trying not to damage it. However, despite all their effort, the couple looked at each other and sighed.
They knew they needed backup. 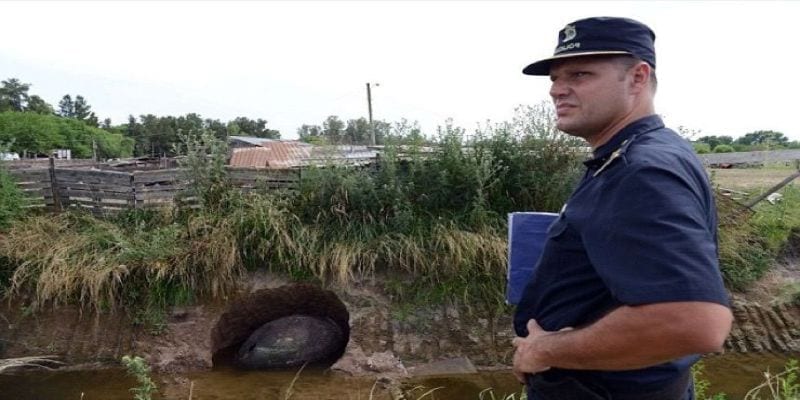 As Jose dialed 911, he hoped they would believe him when he told them about his backyard discovery. But then again, things like this don’t happen in a small town like Carlos Spegazzini. Speaking to the police, at first they thought Jose was joking — that the call was just another prank call from some bored teenagers.
But this was no prank call. 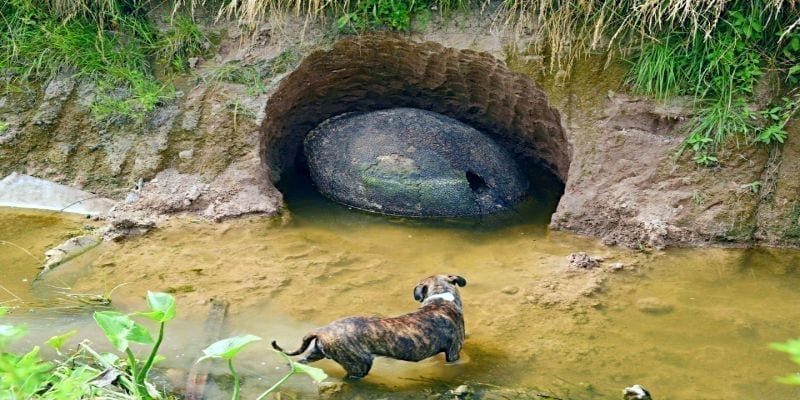 Jose persuaded the police to come and see the object and they agreed. As they arrived, hundreds of local residents were gathered around the riverbank. As the residents were snapping pictures, eager to get a closer look at this out-of-this-world object, Jose’s dog started to explore the area.
Little did Jose know, his dog was about to help the investigation further. 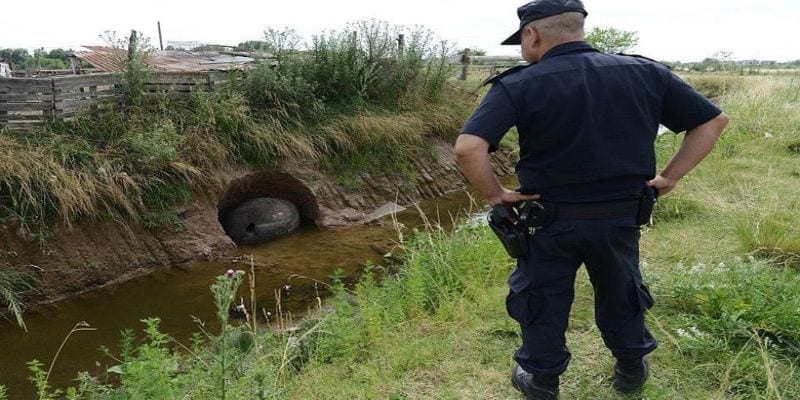 As the curious dog sniffed around, his tail wagging in the air, he started to bark and growl near where the big and bizarre object was found. What had Jose’s canine companion found?
The bark immediately alerted Jose and the rest of the crowd. They knew they needed to take further action, and bring in the experts.


Getting The Experts In 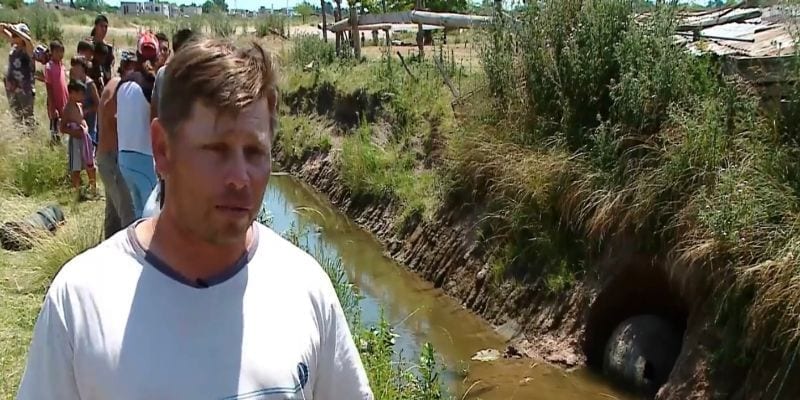 With tensions high and questions unanswered, the police decided to call in two local archaeologists to hopefully help explain the strange discovery. When the two archaeologists arrived, they estimated that this object was, in fact, a relic from ancient times. Bursting with excitement, they knew this was going to be a day to remember.
And oh, how they were right.


Not What They Expected 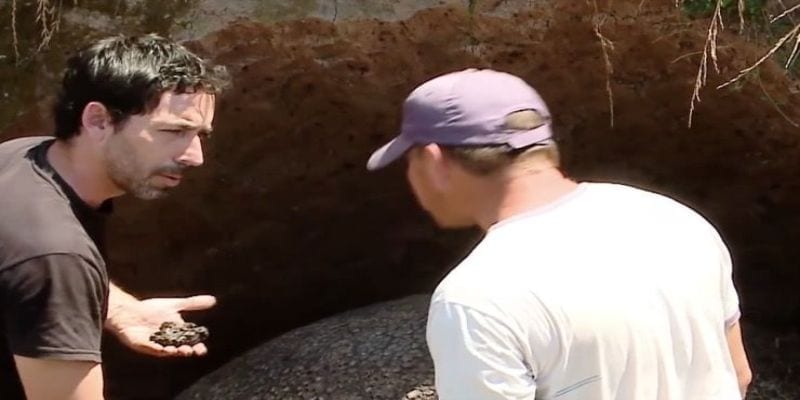 The two archaeologists started to remove the mud and help dig the object out of the riverbank. It appeared to have a scale-like structure with a green hue shimmering on it.
As they attempted to dig further, they suddenly realized just how heavy and huge this strange object was.


The Removal Of The Object 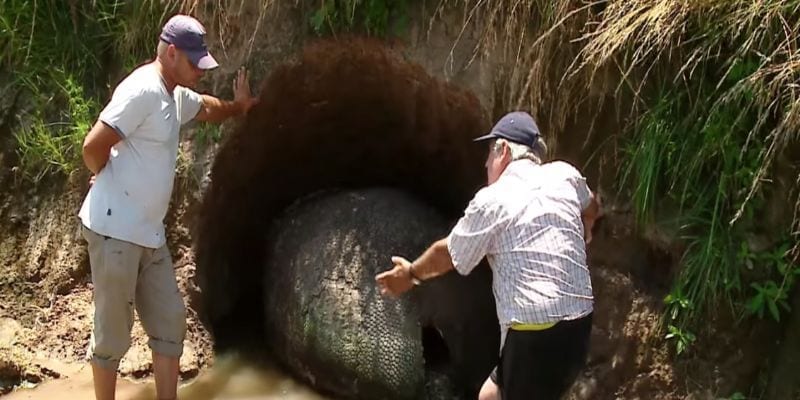 Stumbling around in the sticky, muddy water with the piercing sun shining down, after a few hours the group was finally able to extract the artifact. Carefully, they loaded it onto the transport to take back to the lab.
Little did they know they were about to find out some incredible answers.


The Truth Is Finally Revealed 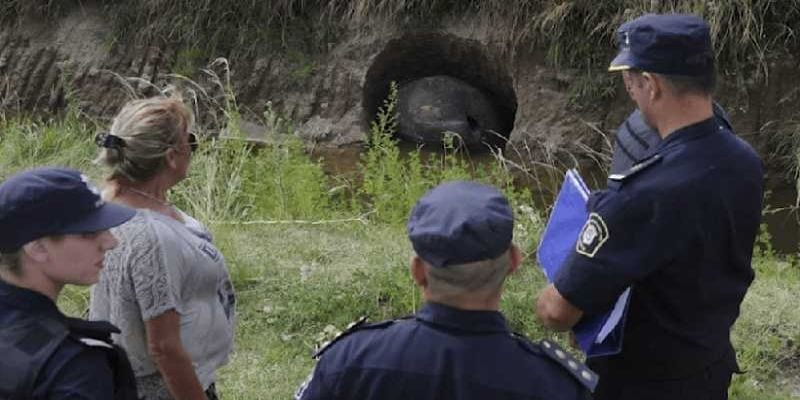 At the lab, the archaeologists ran numerous tests on the object, examining the strange-shell like structure. Although it took a while, they finally announced that the 2-ton object had been identified. But it was neither an extra-terrestrial object, egg, or a stone.
Finally, they had an explanation. 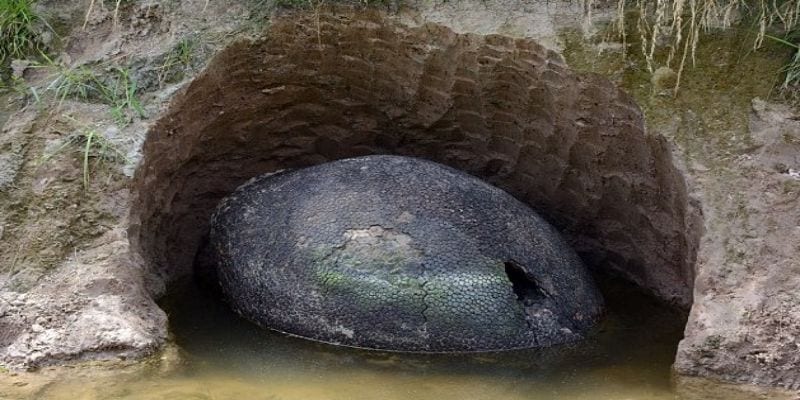 It turned out that this strange object was actually a kind of shell – or armor – of the prehistoric beast, the Glyptodon. The scientists and researchers were busting with excitement at their discovery. At last, an answer!
But as they soon would find out, others would disagree with their excitement.


Could It Be A Hoax? 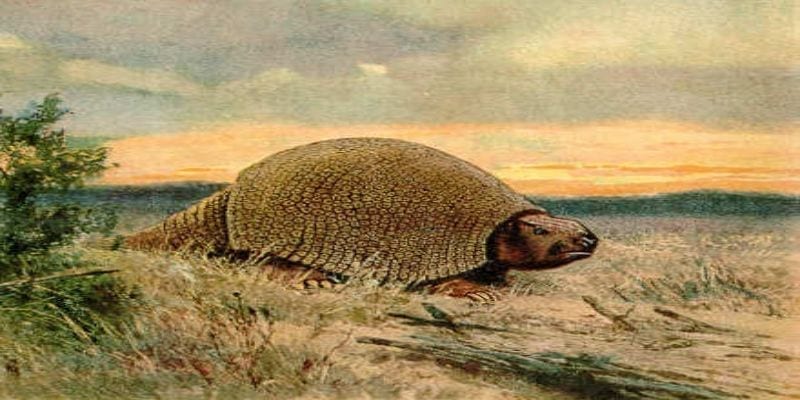 As word spread about the discovery, experts expressed their suspicions, claiming it had been a staged hoax. Many scientists admitted they couldn’t come up with reasonable and concrete answers, questioning how the shell could have been preserved in such good condition and in an upright position.
But this discovery was everything but a hoax.


The Mystery Of The Glyptodons 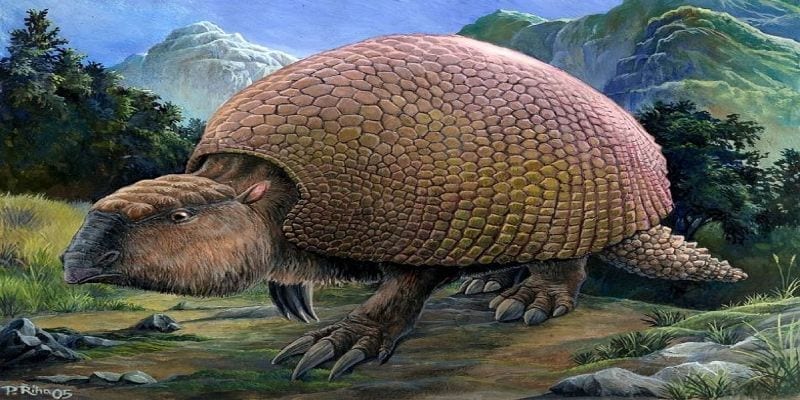 According to researchers, more than 10,000 years ago, South America was full of Glyptodons. These mammals resembled a Volkswagen Beetle and weighed pretty much the same too.
But Jose, the farmer who was the first to discover the shell, still had questions. 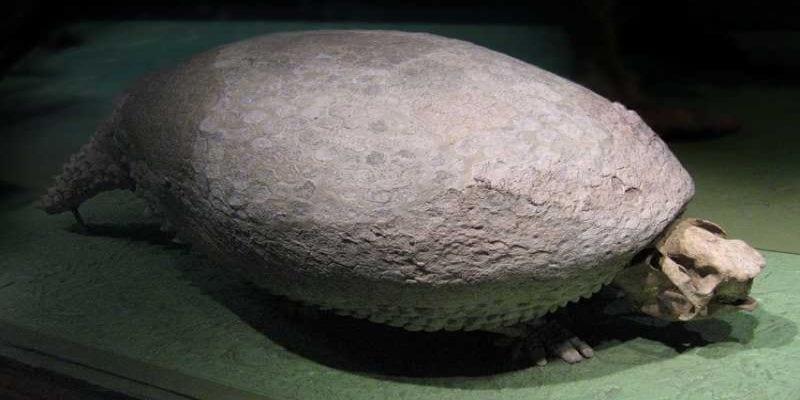 When hearing the claims that this discovery had been a hoax, scientific Professor Lister disagreed, claiming that, “the shell looks like a genuine glyptodon shell.”
Feeling a sense of relief knowing it had been correctly identified, Jose still wondered, why was it in his backyard? And how long had it been there for? 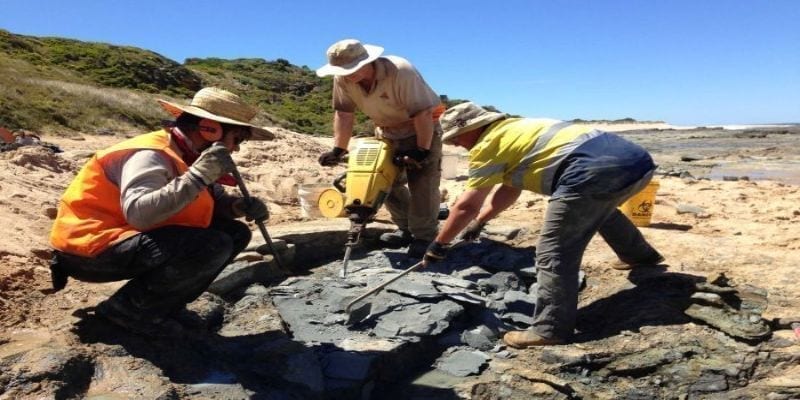 Glyptodons were known to have originally evolved in South America, living on the continent for tens of millions of years. Their remains have also been found in Brazil, Argentina, and Uruguay.
But there was still one thing that baffled scientists. 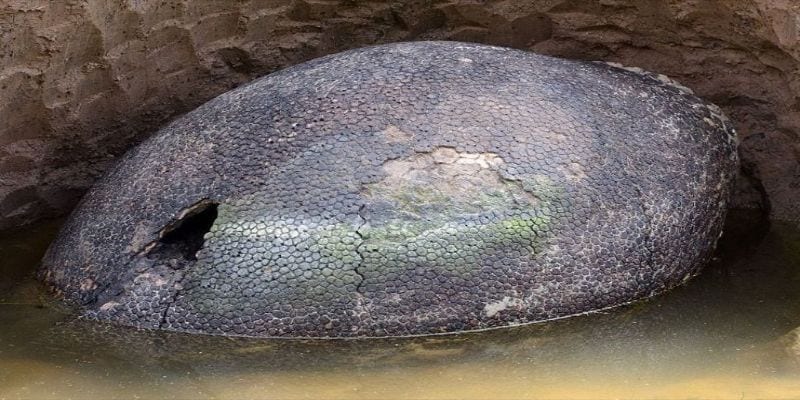 While examining the shell, scientists noticed that there was a different hole for where the head would go and vice versa for the tail. Scientists claimed that the hole didn’t look like it was the cause of a fight, meaning there would be only one more cause…
The possibility that this damage occurred recently.


This Shell Wasn’t Even That Big 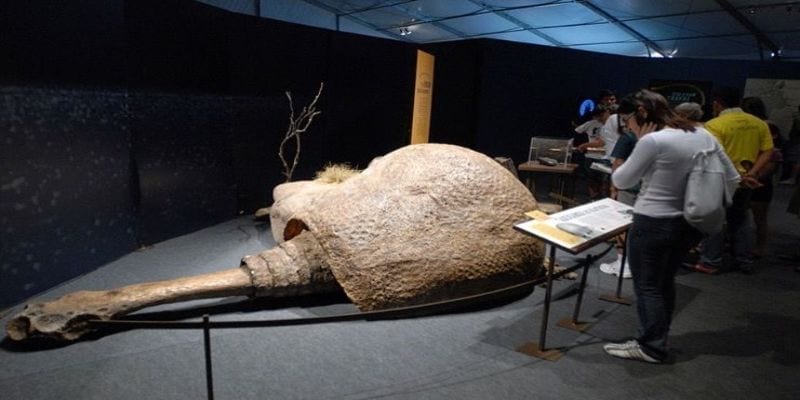 The giant fossil that was found on the farm was seemingly huge in size, measuring around 3 feet. However, paleontologists have estimated that the shell had belonged to a juvenile glyptodon.
Fully-mature members of the species can measure up to 11 feet!


He Still Can’t Believe It 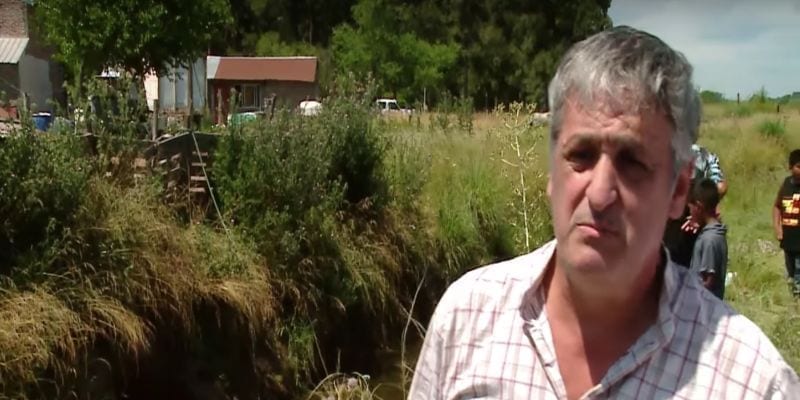 Still to this day, Jose can’t believe what he unexpectedly came across when on a simple stroll in his backyard. He’ll never be able to shake off that feeling of uncertainty and curiosity when he first saw the shell.
It’ll be a moment that will forever be ingrained in his memory. 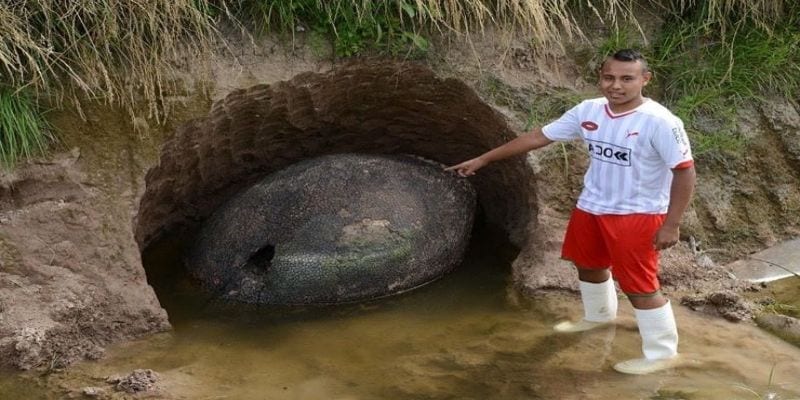 It’s pretty incredible to think that these huge and heavy mammals once roamed the earth. And it’s thanks to the unexpected discovery of the Glyptodon by this farmer that has helped scientists worldwide uncover more information about the mystical beast that is the Glyptodon.
It just goes to show, the earth is filled with mysteries that are waiting to be found. And who knows? Next time you take a simple scroll in your backyard, you could find one too.
Must Read
Early Human Migration To The Americas Now Linked To Climate Change
Can Science Bring Back The Dodo Bird? One Lab Thinks It Can
Human Geneticists Finally Apologize For Horrific Past Experiments On Humans