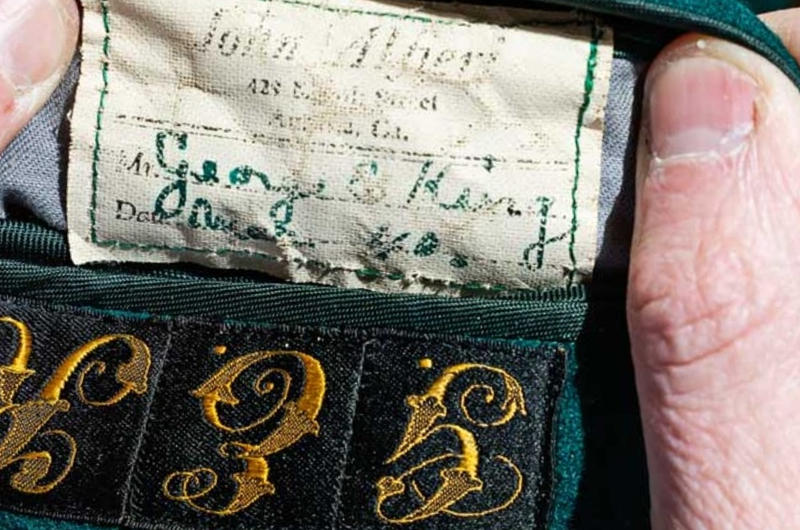 It was a beautiful green jacket, he couldn’t believe the condition it was in.

Now that he needed more money he decided that it was high time that he sold it. He decided that he would auction it off and see how much cash he could get for it. 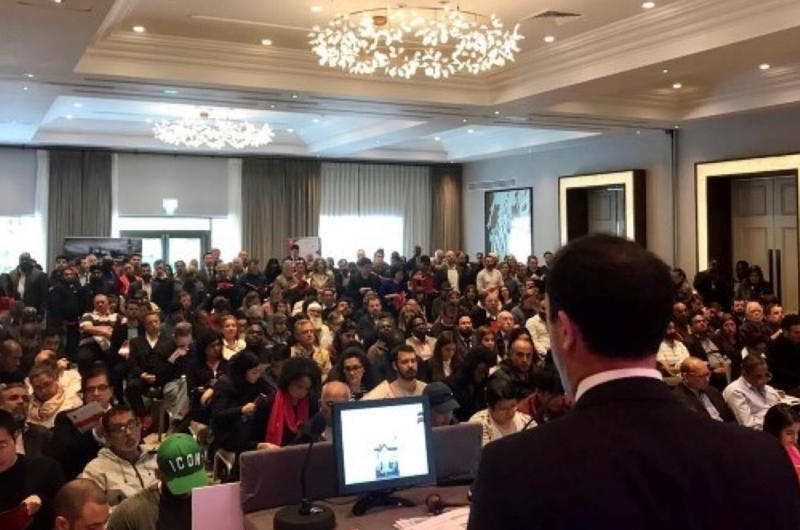 The auction house was packed full of potential buyers. He looked at his jacket and remembered how he acquired it.

He used to love thrift store hunting back in the day, then one day he laid eyes on it. It didn’t seem like the other items were available. 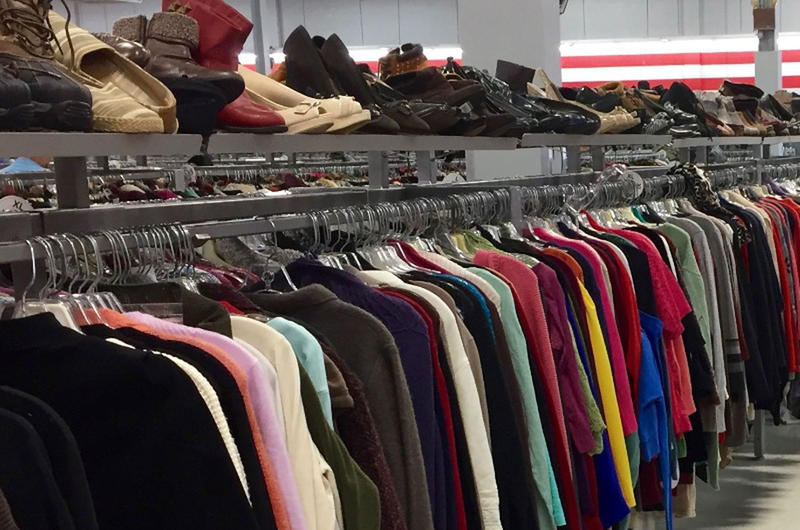 He flicked through the wardrobe of the thrift store going through countless corduroy clothing that was going for almost nothing.

He had to get past the tacky biker’s jackets and gross denim hybrids. Then, something green caught his eye and he couldn’t believe it. 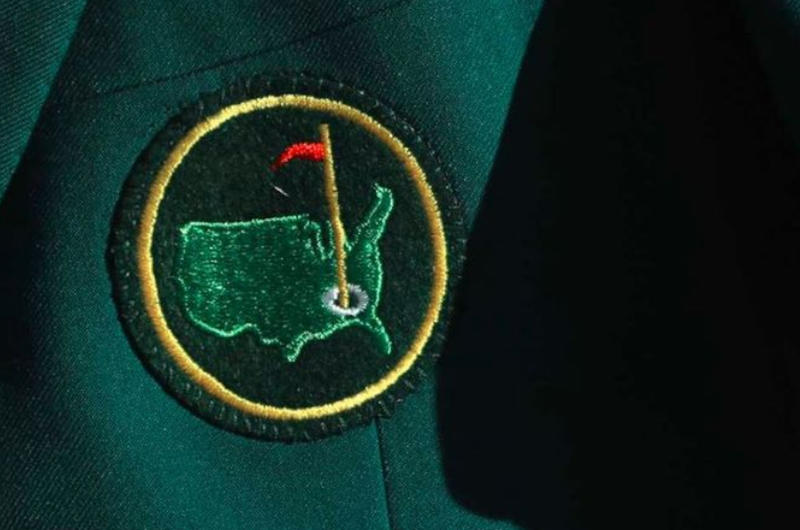 He hurriedly took the jacket in his hands and looked greedily at the pocket.

It was a gut feeling, and he’d learned to trust his gut over the years. He found  He couldn’t believe what he’d find next sewn outside on the pocket. 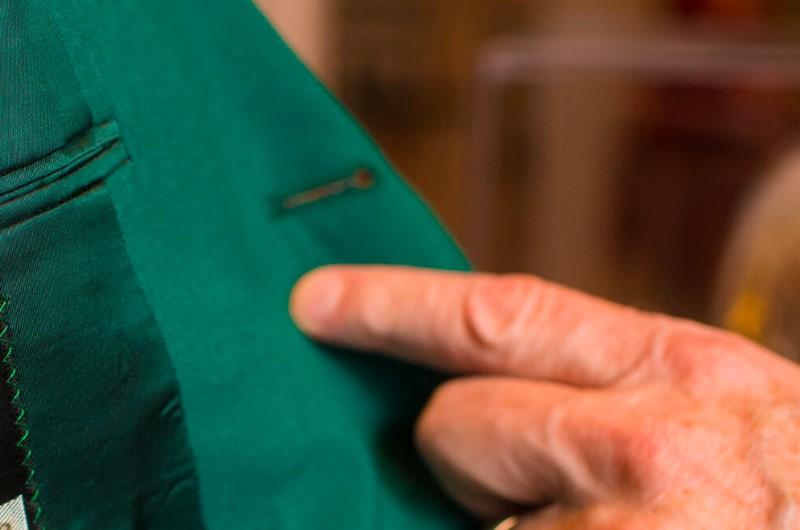 He knew that he had to take it home with him. He had to hurry before someone else stumbled on it and took it for themselves. He went straight to the checkout and bought it.

If Roger could just confirm his suspicions, then he could be sitting on a lot of money. He just had no idea how it ended up collecting dust in a thrift store. 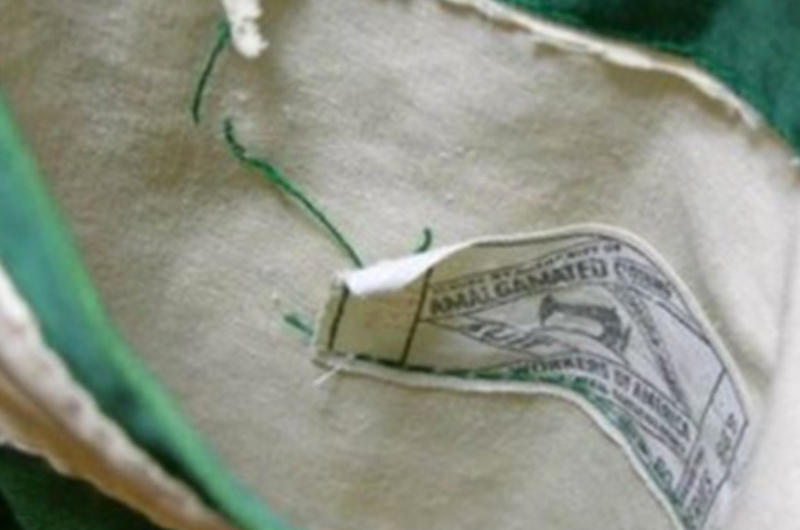 To the untrained eye this jacket could have looked like something only an insane person would wear.

$5 might have been too much to anyone who didn’t know about it but he knew that it was a steal. He just had to look at the tag inside to make sure he was right. 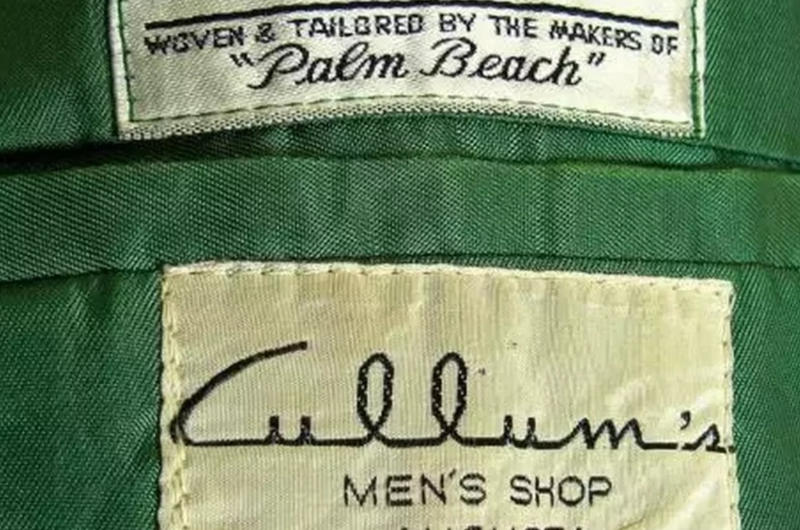 Then his excitement started to wane as he struggled to find what he was looking for.

He knew that there would be a second indicator on the jacket if only they hadn’t worn off. If it was what he thought it was, how did it end up here? The tag was there, or at least he thought so. He was taking a gamble but it was reasonable that the tag could be gone by now.

The only letters he could make out on the jacket were a G and an A. What could this all mean? He needed to try and decipher it. 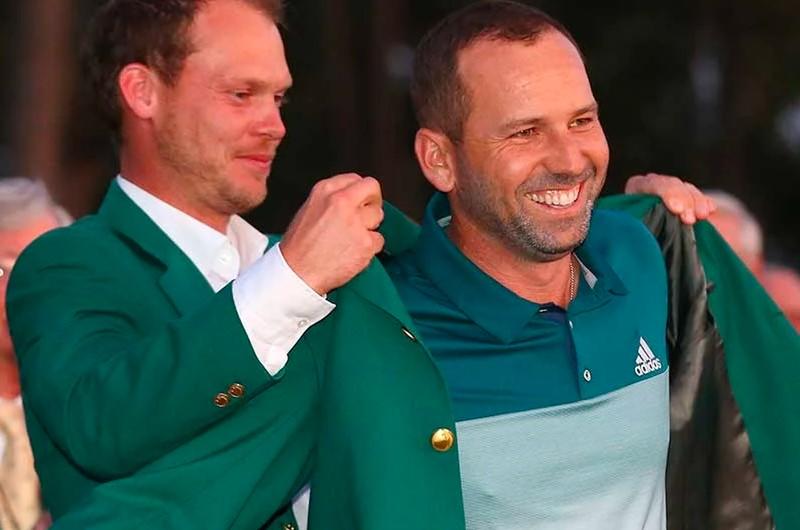 Roger knew that this was a Masters Augusta National Golf Club jacket. What made it so rare was it was only awarded to members who won the Master’s Golf Tournament… and even then, the winners were not allowed to wear it outside the club for more than a year.

So, it’s no wonder then that the owner had torn his name off the label. Roger had always been fascinated with the wild rumors about the strange, cultish golf club over the years. 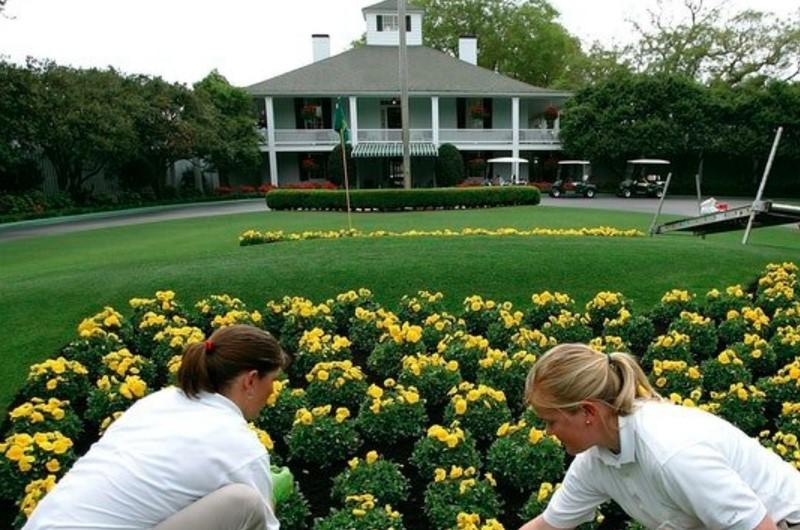 Taking a member Jacket (all members of the club are issued one) off club grounds is strictly forbidden. And when it comes to the Masters Green Jacket, they may not be removed from the grounds except during the first year after they are presented.

Keeping any Augusta jacket will get you banned from the golf club. But that’s not the only strange rule that members of the elitist club have to follow.

Getting Banned Or Jailed Some of these rules have been criticized for being outdated, contradictory, and just flat-out strange. Tipping and using a cell phone are not allowed, and scalping tickets to tournaments can get you jailed.

What’s more, you can’t apply to become a member at Augusta, and nobody outside the club knows how many members there are. Still, Roger needed answers. 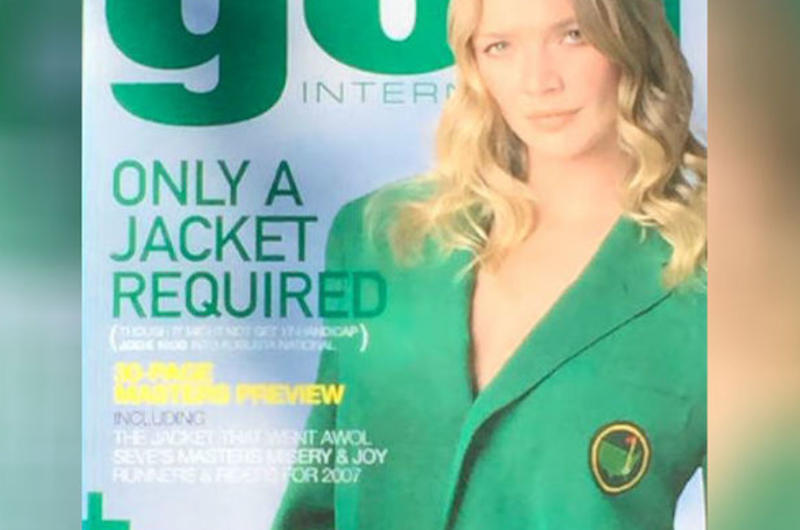 The first step was to reach out to golf friends and a few “specialists” – all of them gaped at Roger’s find and begged to buy it.

He politely declined. He was a fan of the sport as well and having this in his home was amazing. However, the golf-collector’s world wouldn’t leave him alone. 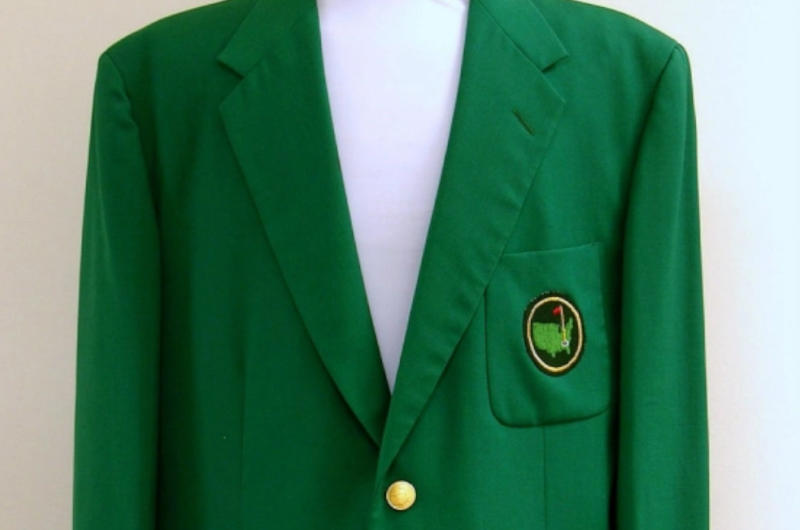 For years, people hit him up, asking if he had changed his mind and was interested in selling.

And for years, his answer was no. However, life brought on difficult circumstances that made sentimental attachments impractical. He picked up the phone and gave the news he was going to finally put it up for auction. 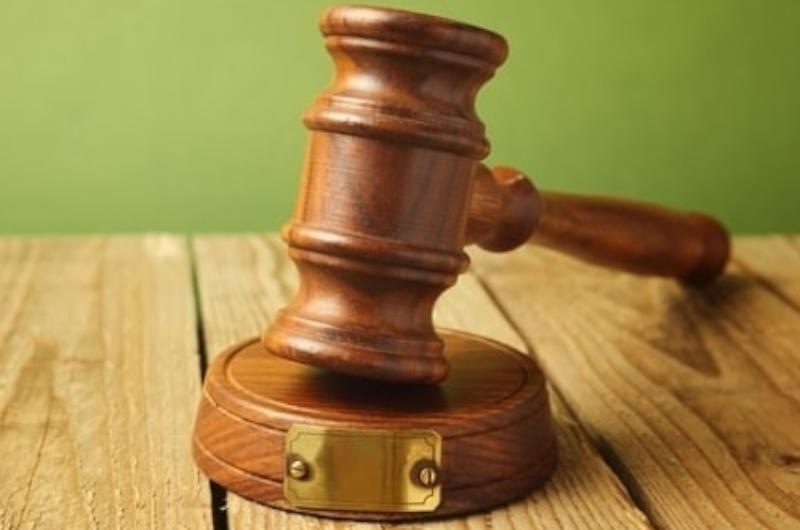 A golf journalist from the UK was so confident that he was going to get it, he asked to hold onto it during the event, to make sure that nothing happened to it.

As the auctioneer announced the opening big of $5000, Roger let out a surprised huff. Not bad for a $5 investment. So what was the final bid? The UK journalist indeed fought and won for the golf jacket for $139,349!

People politely clapped and Roger could finally let the escape go. It was painful to watch his beloved blazer leave in the hands of another, but at least that person would appreciate it. The question everyone asks is, “why that much?!” First, the logo on the breast pocket is of the Augusta National Golf Club.

It’s one of the most exclusive and coveted places in the world for anyone who swings a club. It was founded by Bobby Jones and Clifford Roberts and opened for play in 1932. But it wouldn’t be until 1949 that it became a prestigious tournament symbol. Unlike other clubs (which run as non-profits), Augusta is a for-profit club and does not release its working information.

How does the jacket factor into all of this? Well, first, anyone who is a member gets to wear one – but it’s strictly forbidden to wear one outside the club grounds. Why? As we know, only tournament Masters are allowed to don the bright green symbol outside the club grounds, and then, only for one year.

They also have their name stitched into the back label. To put this into further perspective, wearing one gives a considerable amount of clout. While people can come in and play, being a member is different. One difference is the membership fee. After that, you’re expected to pay an annual fee of around $10,000. Guests of course are welcome, but that wasn’t always the case when (not that long ago) some discriminatory rules were upheld. Women weren’t allowed to play. Players could only be caucasian and caddies had to be black.

It was in 1990 that Ron Townsend was invited. In 2012, the club bowed to public opinion and pressure and finally allowed two women to play in the tournament. There is a huge fence around the pristine course to keep the animals out.

There has only been one deer sighting on the grounds in the last 65 years, and visitors often wonder why they never see so much as a squirrel. Then, there is the mystery of the missing birds. Birds are rarely ever seen at Augusta National – and it’s something that is often spoken about among members and visitors.

Although bird calls can be heard during television broadcasts of tournaments, rumor has it that these sounds are artificial. Thomas Boswell of the Washington Post even made a comment about it. “Also, there are no birds, squirrels, insects, or any other living creature indigenous to planet earth at the Masters. Nowhere on the property,” Boswell said.

“Well, okay, there must be some somewhere. But the Post’s Dave Sheinin and I made a multi-day quest for a single bird sighting. So far, none. Those bird calls that you sometimes hear on the Masters broadcast? The source remains undiscovered.” Then, there are the lakes. The sparkling, pristine lakes that look immaculate on TV have been artificially enhanced. Golf Digest tested the water on one hole in 1996 and found that the lake contained blue food dye.

And, even though those lakes teem with bream and bass, the players don’t talk about fishing there because it is forbidden. Strangely, there is a house located beside the Augusta National, in a free parking lot. But the owners adamantly refuse to sell it. Over the years, they have turned down millions of dollars from the club.

Next to the parking lot lies a stretch of empty land that used to house a whole neighborhood, now only that one house remains. The club spent $40 million to buy and bulldoze all the other homes. While Roger will probably never know who the Masters jacket belonged to, he made a tidy profit of $139,349 from a $5 thrift-store jacket. According to experts, it had originally been made sometime in the 1950s.

Nobody knows how the jacket made its way into a thrift store in Canada, but Roger was lucky to have stumbled upon it.