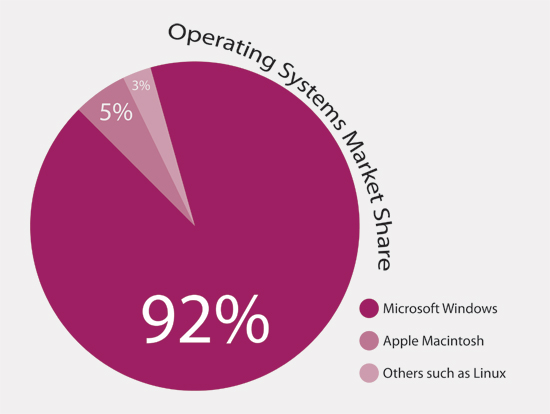 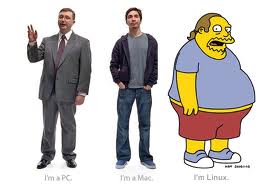 I happen to work in the interactive industry, and so our staff are divided among PC users, Mac users, and Linux users. I think each has their pros and cons, but have you ever noticed how ridiculously loyal Mac users are? It’s like they think their OS is THE best thing ever invented. The ads would have you believe that owning a Mac even makes you cool.

The allegiance to Macs is almost cultish. Not almost – it is cultish. Yes, Macs are shiny and pretty. Yes, they work pretty well out of the box and with other Apple devices (…but there’s a good reason for this – Macs are effectively the same… so it’s easier to write software that works, because you don’t have to worry about a nearly infinite number of hardware combinations, like on a PC).

So you got yourself a Mac. Congratulations! You just spent three grand. The PC equivalent was only $900, but you will get a shiny box and a shiny OS! And Photoshop, and … wait a second. PC has equivalent software. Want to play games on your Mac? Great! Just wait for the developer to port it over from Windows when the game is three years old and no one really cares about it anymore.

Got Linux? Choose from a vast collection of games… not really. Nice interface? Maybe. Free? Yup, but unless if you enjoy working with incompatible software and hardware, steer clear.

Face it. Mac’s are for designers and artists. Linux boxes are for techies who like full control over their machine. PCs are for everyone else. And by “everyone else”, I mean about 92% of the population.