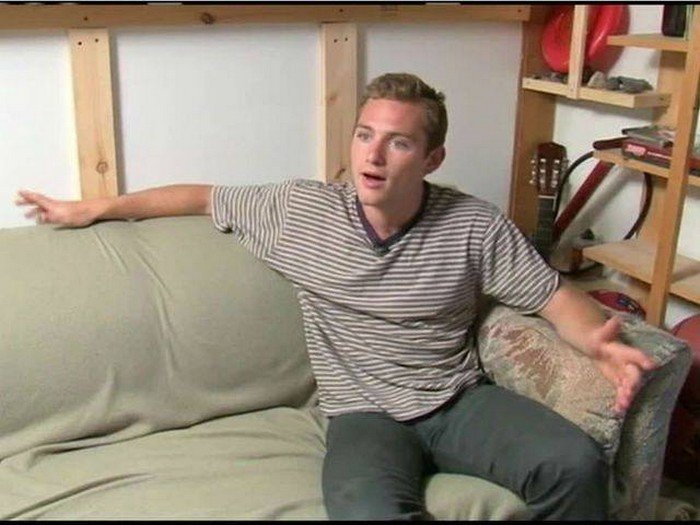 When three college roommates moved into a new, slightly bigger flat they went out and bought the only couch that would fit in their tiny lounge. But they weren’t expecting anything more than getting off the floor and chilling in front of the TV.
Unknown to the trio, there was something hiding inside that would change their lives forever.

The Most Exciting Part 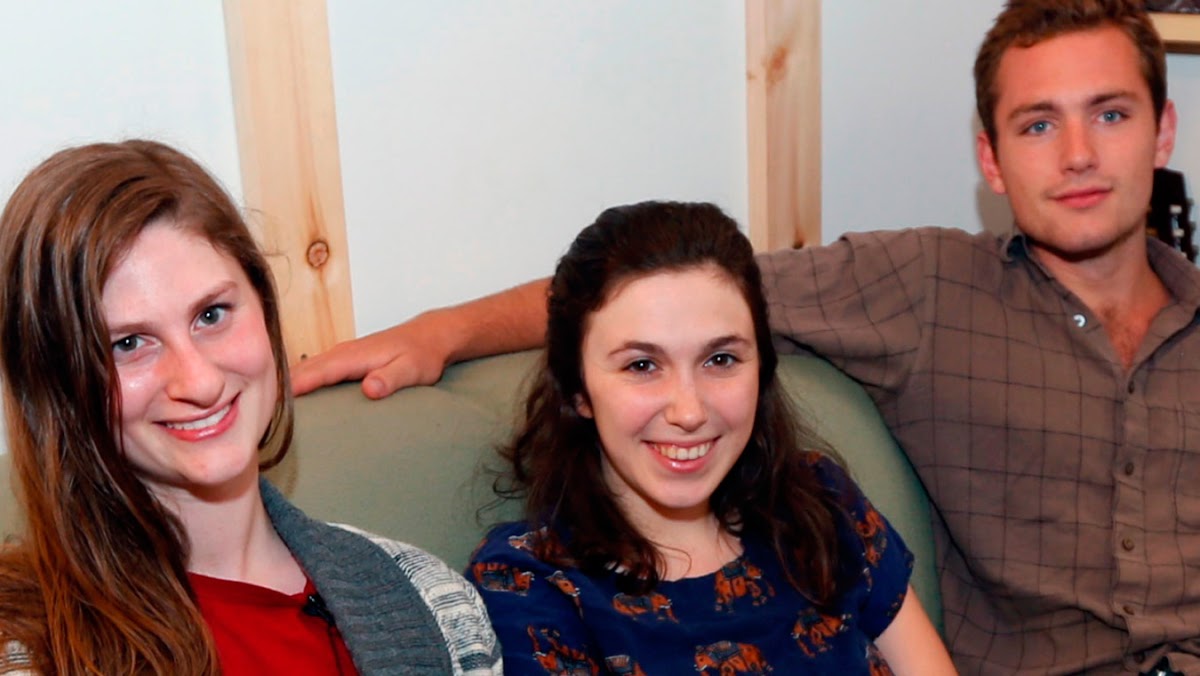 The trio soon learned that living away from home would be more difficult in some ways. For instance, their lounge was so small that they simply couldn’t find a sofa small enough to fit in it yet large enough to fit them all.
It was an annoying problem that led to some fun excursions to nearby charity shops There were few options as it was and the friends finally had to settle on a smelly old couch just because it was the right dimensions.
Pleased with finding something that would work they joyfully lugged the piece of furniture homeward. An old couch was better than no couch at all.


Not the Most Comfortable

While settling down on the ‘new’ sofa Reese Werkhoven, Cally Guasti and Lara Russo noticed something strange about the couch. They couldn’t put their finger on just what it was though.
It wasn’t the best smelling thing in the world, nor the most comfortable, but they had bought it anyway. For what reason, they would still find out. 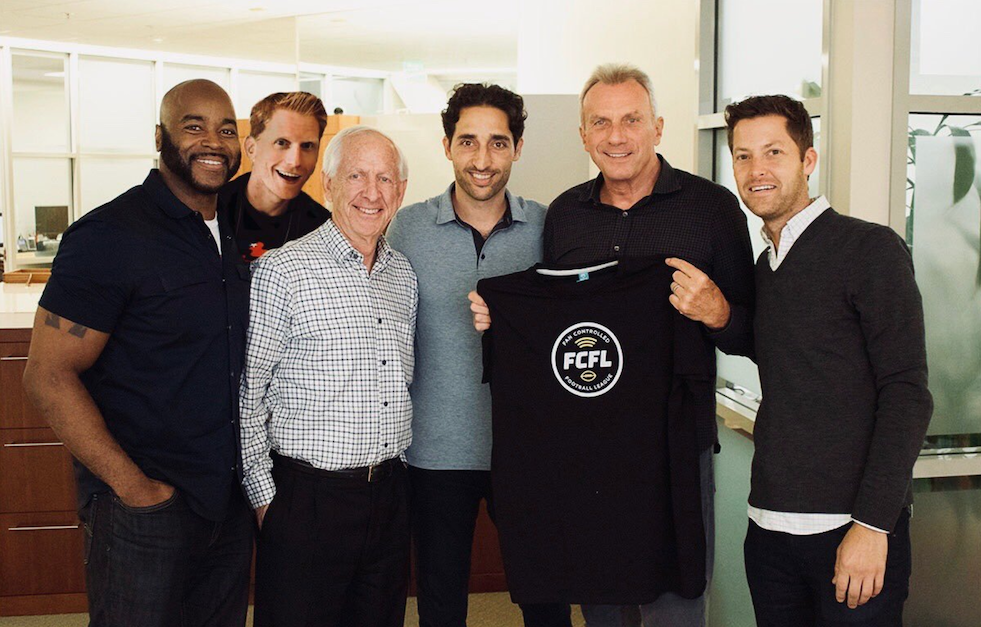 Two months passed since buying the ratty old sofa at the Salvation Army. But the smelly old couch was going to start presenting a huge problem very soon.
No one could get comfortable on the $20 couch and they took it in turns to sit in the ‘lumpy’ spot, until one day Reese stuck his hand down the side of the couch and screamed. Both girls jumped but thought that he had simply gotten a pinch from the sleeper couch springs and they soon quietened down.
After the funny incident and some giggling they continued with their Saturday night movie watching — never knowing they were sitting atop a misery far bigger than any of them could have imagined. 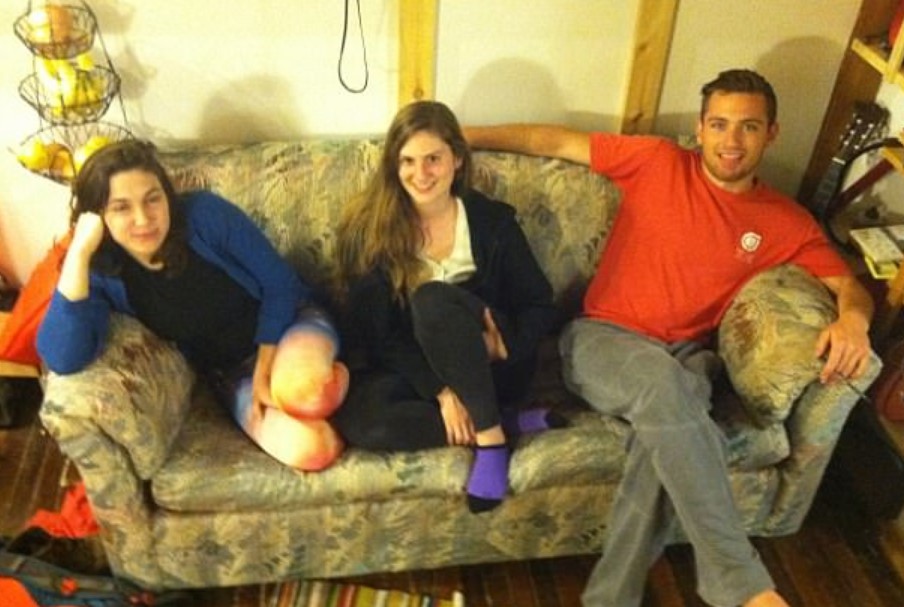 Reese, however, was thinking about what had caught at his hand down in the depths of the sofa. It hadn’t felt like metal hinges, it had felt more like something was stuck underneath the upholstery of the couch itself, something stuck inside.
He waited to ask the girls if they had noticed something odd about their thrift store couch.


We Need to Talk 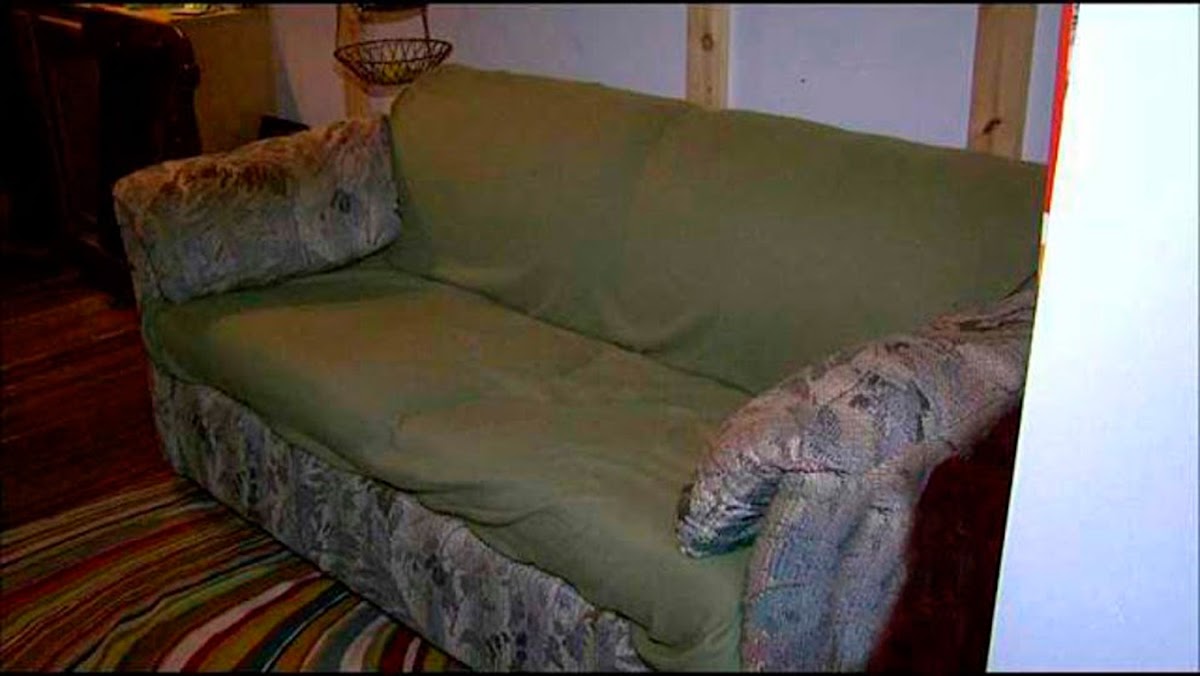 The next day he brought it up with his roommates. He usually got stuck on the ‘lumpy’ side even though they said they would alternate. Well, now they could all have a chance. Reese said to the girls. “Sit here and feel that. Do you feel it? I’m sure that’s not how it’s meant to be.”
Each girl stuck her hand down the side and against the fitted cushion and they felt it.


What the Heck Is That? A large and firm, yet malleable object that was definitely not part of the original couch design was even more obvious once someone told you where to feel. Now everyone was intrigued so they decided to turn the couch into its sleep form and see what could have gotten wedged up into the cushion that way.
After assembling the sleeper bed they realized that there was no possible way anything got up there by mistake, whatever it was, was in under the seams.

Perplexed, they all now needed to know what was inside and in the rush of excitement, Reese grabbed a kitchen knife and plunged it into the couch, near the bulgy part.
The girls, spurred on by his crazy antics pulled at the couch covering and out slipped a wad of bubble-wrap. Reese picked up the large wad and looked inside, under the bubble-wrap was a plastic envelope containing $700 in $20 bills. He looked up at the girls who had stopped everything and were staring at him in disbelief.
They gathered round to count it — and they needed to know if there was more. Digging through the insides of the couch yielded a whopping $40,000 in cash, all of it neatly placed in envelopes and caringly wrapped in bubble-wrap. But why was there money in an old dusty couch? Who would feel the need to hide their money away like this? Could it be something more sinister than they suspected?
“I almost wet myself,” Werkhoven said. “The most money I’d ever found in a couch was, like, fifty cents. Honestly, I’d be ecstatic to find just $5 in a couch.” 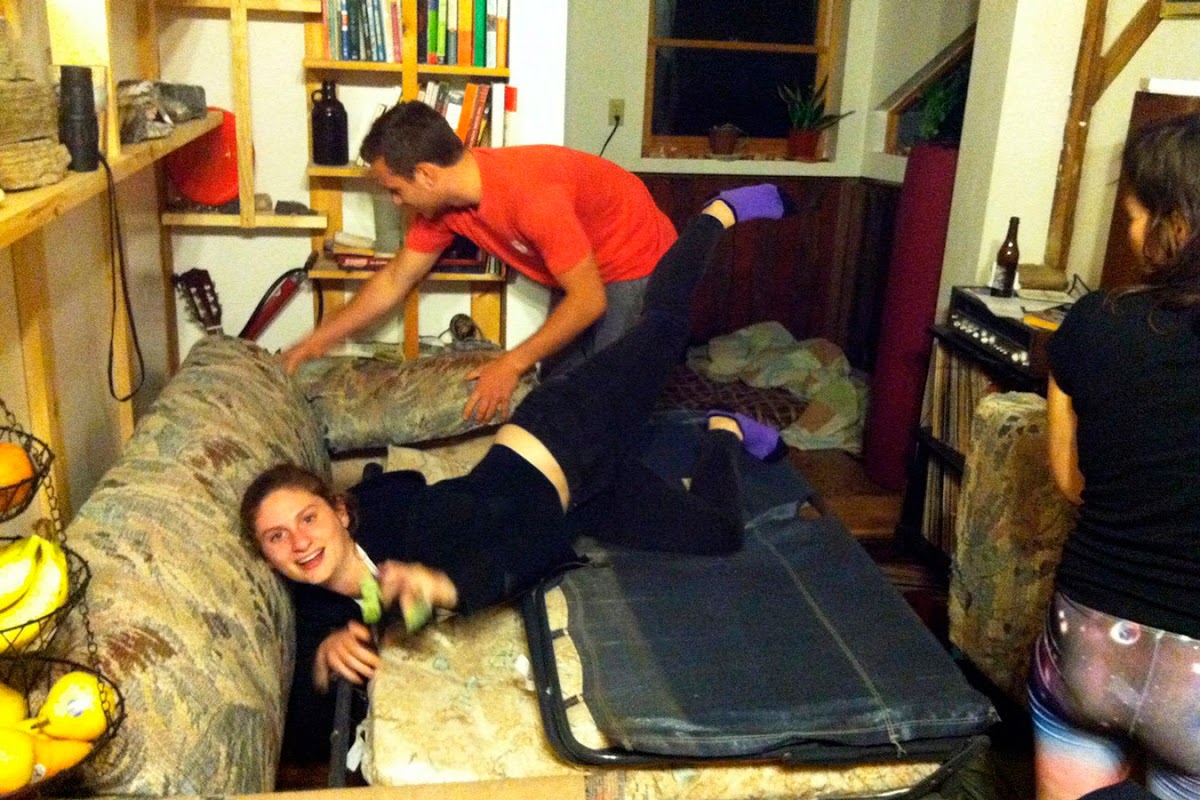 Everyone dreams that they will one day truly find a jackpot fortune in an unsuspecting item — a hidden treasure. The trio had already started daydreaming about what they would spend the loot on; student loans were top of the list followed by traveling around the world.
Reese even said “I would have bought my mom a new car. What she drives is a piece of junk, and I really wanted to surprise her with a brand-new car.”


Not Meant to Be 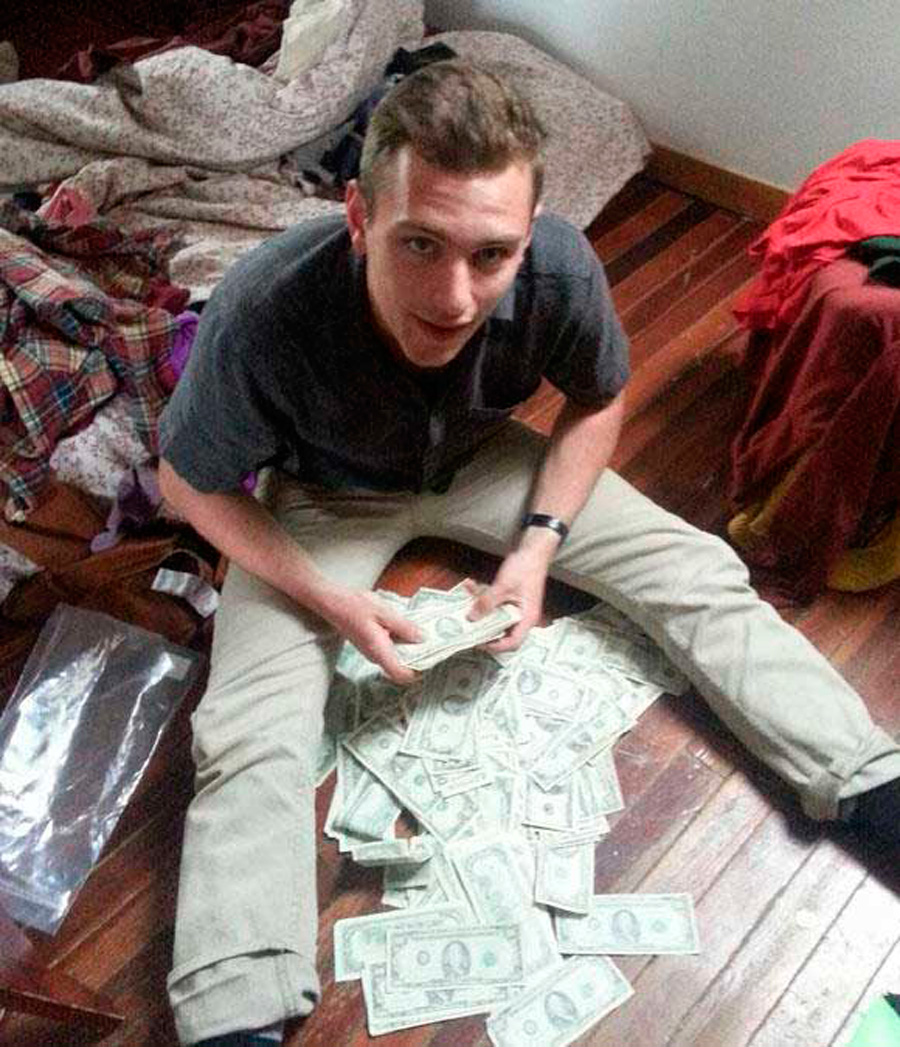 Their answer came toward the end of their search, a small note tucked inside one of the last envelopes held the name of a woman.
Their hearts all sank simultaneously, they had a feeling they wouldn’t be holding onto their treasure for long. “We had a lot of moral discussions about the money. We all agreed that we had to bring the money back to whoever it belonged to… it’s their money — we didn’t earn it.” Lara said.
None of us would have felt right keeping someone else’s hard earned cash, they all agreed to find the mysterious lady who had hidden a small fortune in a sofa. 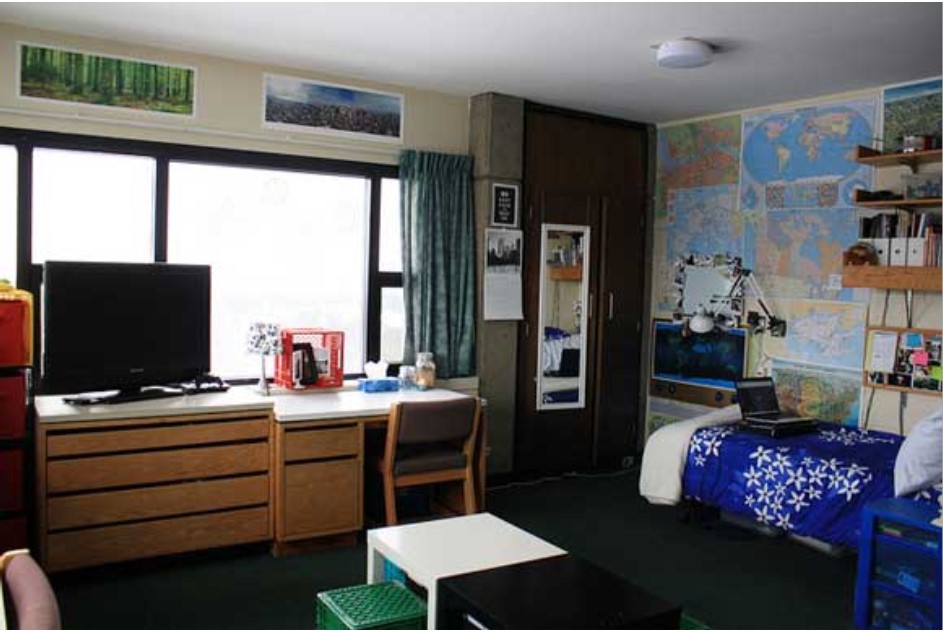 After a short while tracking down the previous owner Reese gave the number a ring, hopefully to give some woman good news. He recounts, “I’m like, ‘I found something that I think is yours,’ and she’s like, ‘What?!’” And I’m like, ‘I found a couch,’ and then she’s like, ‘oh my God, I left a lot of money in that couch.’”
Unbelievable as that is, what came next is even better. 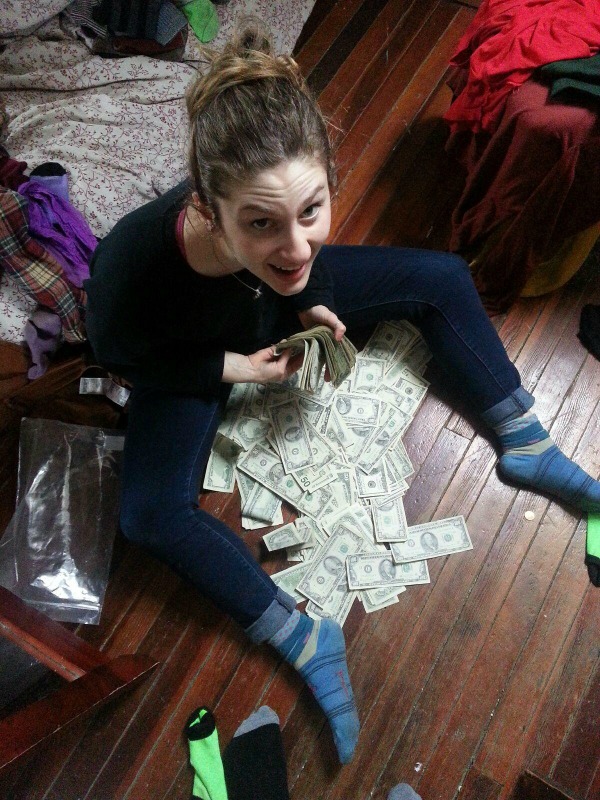 The three almost rich college students jumped into a car to deliver the money back to this little old lady and when they got there, all the money in the world couldn’t have made them feel better for what they had done.
“We all agreed that we had to bring the money back to whoever it belonged to,” Lara said. “It’s their money. We didn’t earn it.” The old woman began to tell her story. 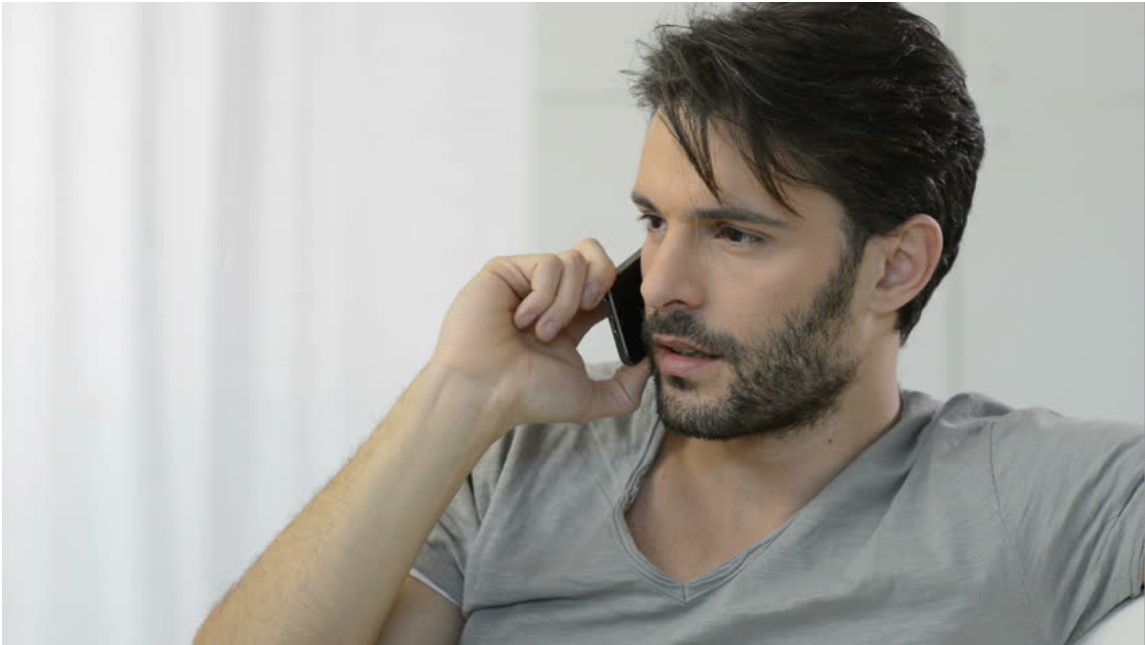 “I’ve been keeping my savings — and my husband’s savings — in that couch for 30 years. After he died I went in for back surgery.” What happened next gutted her emotionally.
Thinking she was doing her mother a favor, the woman’s daughter sold the old couch, which the woman slept on, and replaced it with a new bed.


Saving for a Lifetime Reese Werkhoven, Cally Guasti and Lara Russo, the three roommates who became famous for their discovery and gesture of selflessness, generosity, and kindness are people that we need more of in this world.
They are the people we should all strive to be like, after all, if it had been your couch and wad of cash, wouldn’t you want it back? It seems like a stroke of fate that these three roommates were destined to buy that couch and they said they’re lucky they could have helped. “We almost didn’t pick that couch,” Lara said.
“It’s pretty ugly and smells, but it was the only couch that fit the right dimensions for our living room.”
Must Read
Early Human Migration To The Americas Now Linked To Climate Change
Can Science Bring Back The Dodo Bird? One Lab Thinks It Can
Human Geneticists Finally Apologize For Horrific Past Experiments On Humans