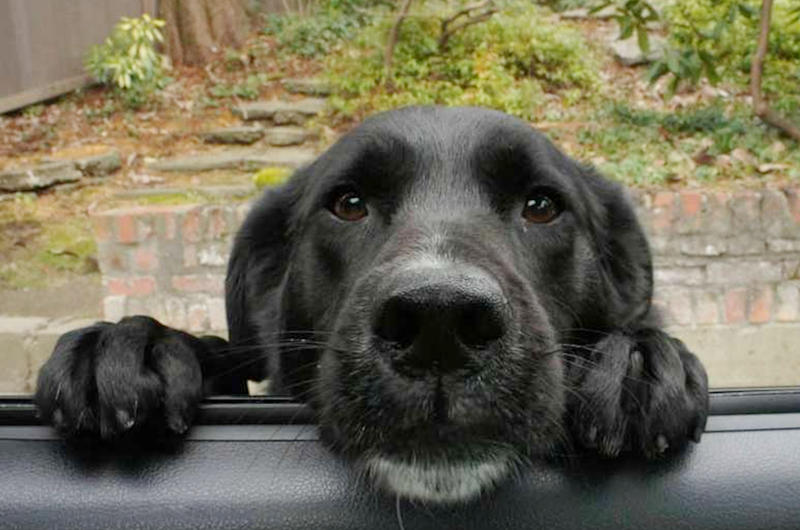 He Didn’t Believe It

Antony didn’t believe what he was reading. His hands were shaking while he was holding the letter. He looked at the Labrador’s sad eyes. A few words really played his heartstrings. The words were “final” and “never see him again.”

He was disgusted that just a moment ago he was going to take this dog back to the shelter. This dog was special. 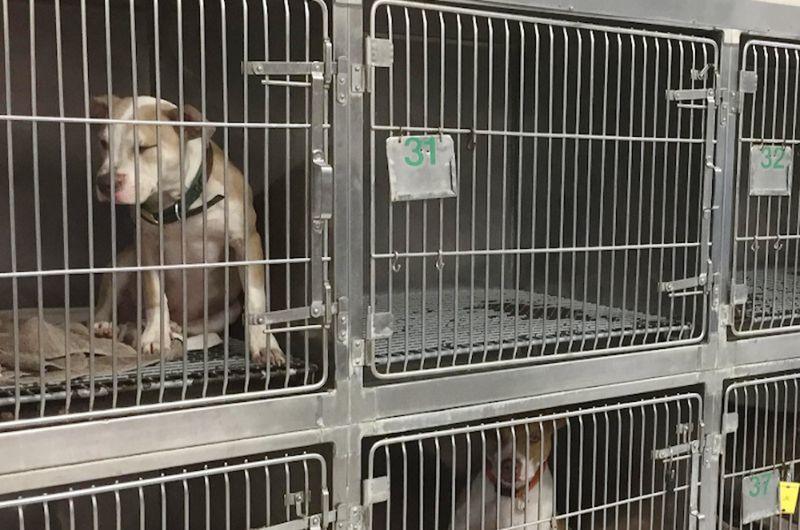 After moving into a new town that was far from his friends and his family, Antony couldn’t help but feel lonely. With his new house, he thought it was the perfect opportunity to get a canine companion. It seemed like fate, the local shelter had a labrador that needed a home.

Antony was so excited to bring his soon-to-be pet home. But what he wasn’t aware of was that his life was going to change drastically once that labrador entered his life. 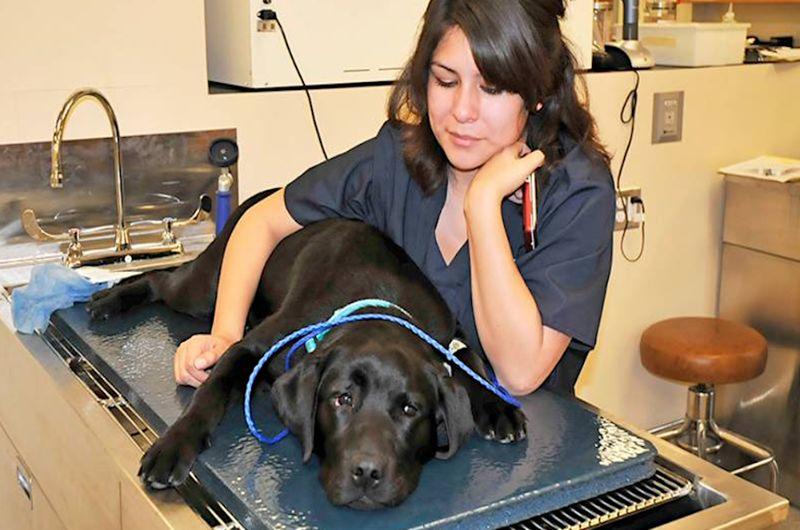 Antony knew it was over when he first set his eyes on Reggie. He thought the labrador was the cutest thing and wondered why no one else had pounced at the opportunity to adopt this beautiful pup.

It seemed that Reggie just hadn’t been the right fit for anyone else. Antony felt a connection with Reggie and really wanted to adopt him. Would he be able to take him home? 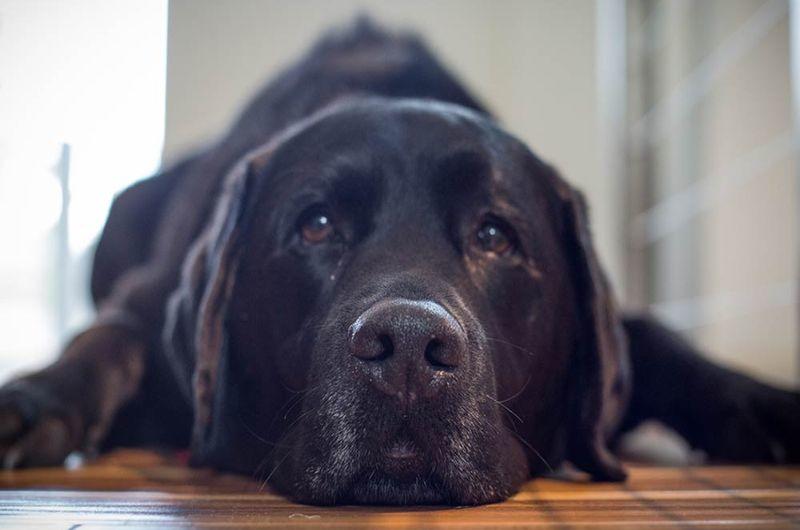 The shelter gave Antony two weeks with Reggie to see if he had the right environment for the pup. Antony was nervous that Reggie wouldn’t like their new environment.

Antony was busy driving Reggie home and reveled in the thought of keeping this new companion forever, it would really help him and right now, he needed it. Sadly things didn’t get off to the perfect start Antony was hoping for. 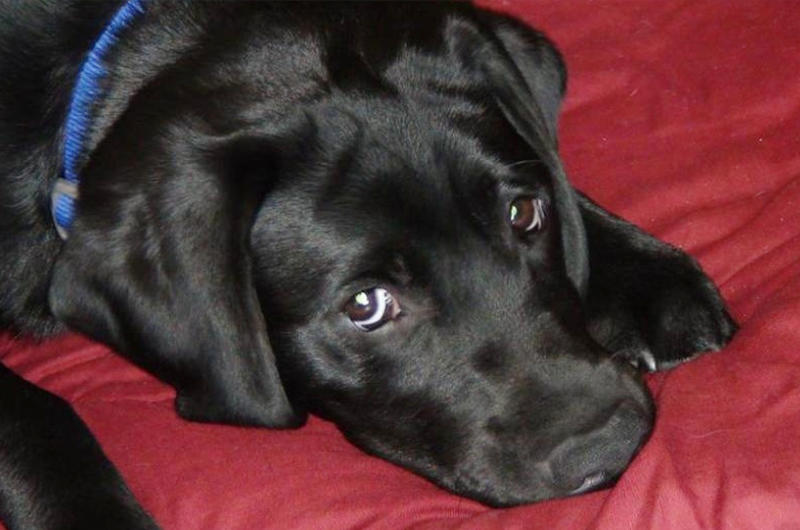 Reggie didn’t want to play, he didn’t respond to training and he just moped around looking sad. Antony didn’t understand, he tried for hours to get something out of Reggie. But he seemed like a stubborn dog.

Antony was perplexed about why the dog hadn’t taken a liking to him. All the dogs that Antony grew up with responded well if you treated them nicely. Antony had to think about what could be the problem before the two weeks were up. 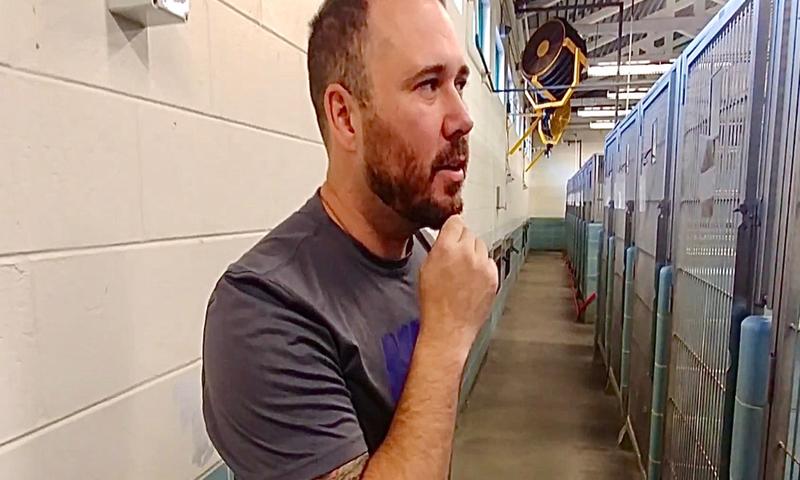 Everything that Antony tried was met with no response. The dog just wasn’t clicking with him. His dreams of keeping Reggie seemed to crumble right in front of him. He’d have to take him back to the shelter soon, but then he noticed something.

What he uncovered would turn his world upside down. 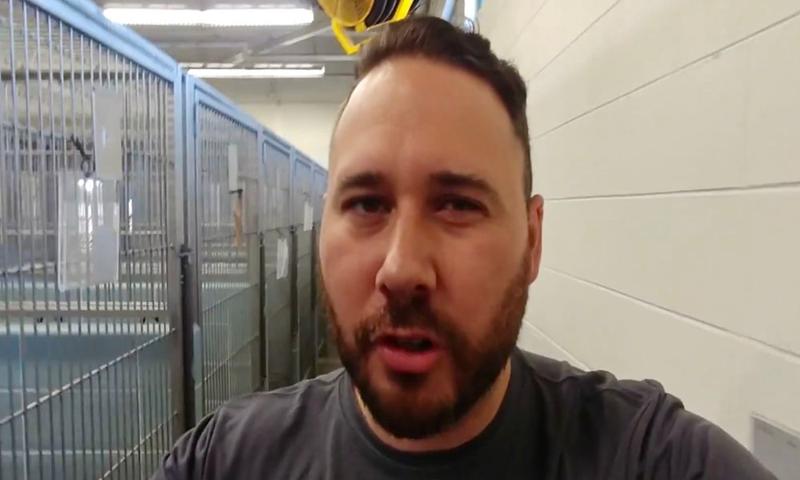 Antony suddenly remembered that when the shelter gave him Reggie they also gave him an old wooden box. He scrambled to find it just in case there was something that would help him understand this dog.

He found the box by the door where he put it the day he got Reggie. Among the contents inside were some old toys, a sleeping pad, and a sealed letter. Antony was curious about this letter. What he would find would be something he’d never expect. Antony took the letter out of the box and held it against his chest. Suddenly Reggie stirred and looked at him, his puppy eyes tugging at Antony’s heart.

Antony really hoped that there was some information in the letter that would help him get to know Reggie a little better. He was very surprised by what he would find once he unsealed the envelope. 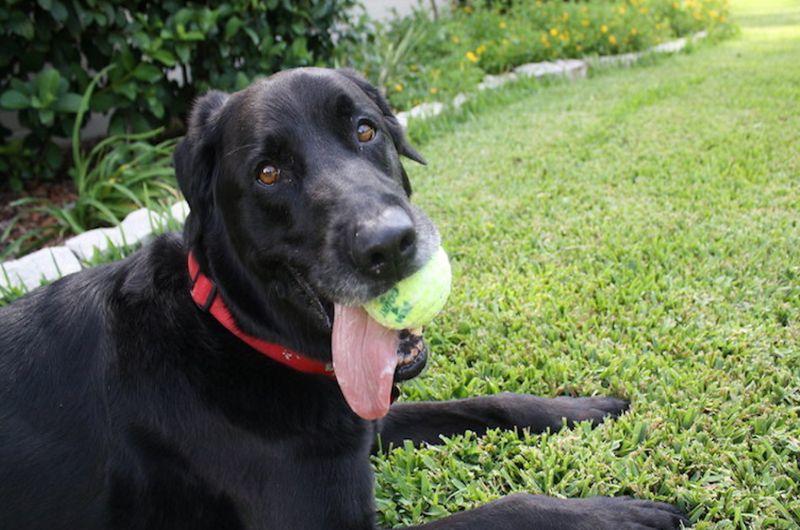 Antony started reading the letter, “If you’re reading this, it means I just got back from my last car ride with my Lab after dropping him off at the shelter. He knew something was different. So let me tell you about my Lab in the hopes that it will help you bond with him and he with you.”

Antony was happy so far, his hopes of useful information in the letter seemed to be confirmed. The letter told him that Reggie loved tennis balls and would try to fit as many as he could find in his mouth. But Antony didn’t expect the letter to take a turn. There was a warning inside the letter. “Doesn’t matter where you throw the balls, he’ll bounce after it, so be careful — really don’t do it by any roads. I made that mistake once, and it almost cost him dearly.”

Antony realized that he’d overlooked some old green tennis balls inside the box. When he picked one up Reggie immediately hopped up and started wagging his tail. Antony was astonished by the energy the dog had. Antony didn’t know that things where going to take a turn for the stranger. 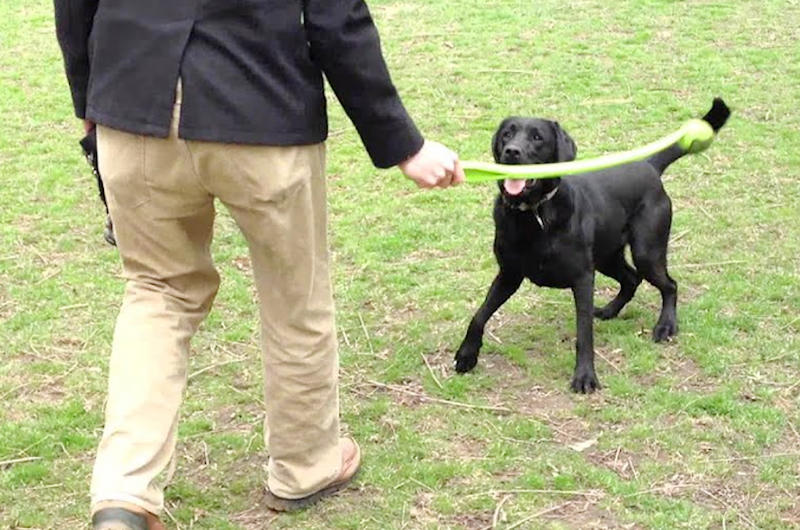 The sleeping pad worked too, and he snuggled in. There was also useful information about past training techniques. “He knows ‘ball’ and ‘food’ and ‘bone’ and ‘treat’ like nobody’s business. I trained Reggie with small food treats. Nothing opens his ears like little pieces of hot dog.”

But the next piece of advice that Antony read hit hard. “Finally, give him some time. I’ve never been married, so it’s only been Reggie and me for his whole life. He’s gone everywhere with me, so please include him on your daily car rides if you can. It will be hard. And that’s why I need to share one more bit of info with you.”

Antony was not expecting what the owner would say next. 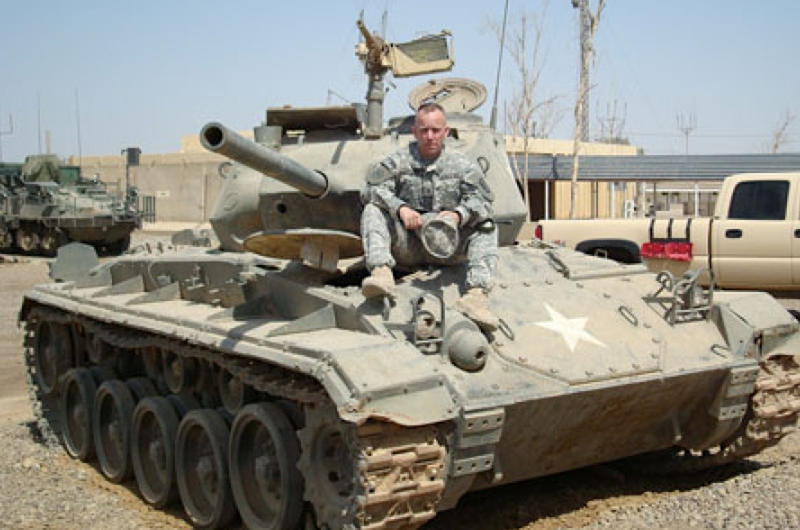 “His name’s not Reggie. His real name is Tank. Because that is what I drive.” It turns out that the previous owner was a soldier deployed to Iraq.

Antony was lost for words at the truth. But things were about to get even more heartbreaking. 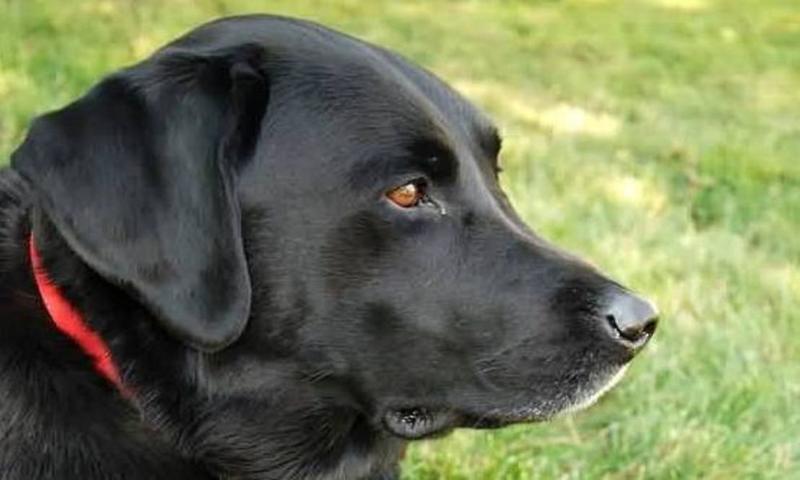 Having no family for friends to leave Tank with, he was forced to leave him in a shelter.

The letter was signed off by a Paul Mallory, and as soon as Antony read the name he knew it sounded familiar, but then a terrible feeling hit the pit of his stomach. 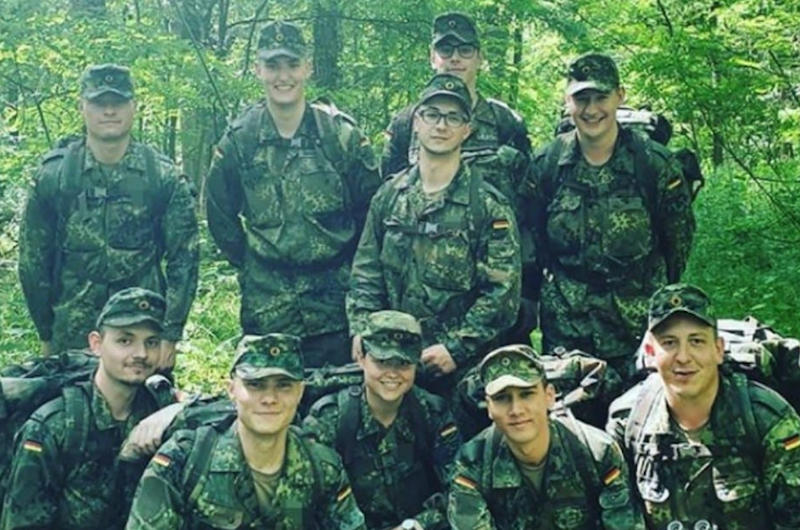 It had been during the first couple months in Antony’s new home he had heard the name.

There had been a story about a young man who would have received a Silver Star for heroically saving three fellow soldiers during his deployment in Iraq – and sadly, a soldier who didn’t make it back home. Antony looked at the Labrador and whispered, “Tank?” The dog’s tail wagged, ears perked and he came in for a snuggle. The transformation was astounding. Antony couldn’t believe it!

He was happy he found the letter from Tank’s previous owner, but what he read next would leave him lost for words. Antony picked up all the tennis balls from the box and tossed them down the hallway.

As Tank jumped around bursting with excitement, he quickly scrambled after them, Antony read the final part of the letter and his heart broke into a million pieces. “All the best of luck with Tank. Give him a good home, and give him an extra kiss goodnight- every night – from me. Thank you”

Out of all the dogs, Antony had ended up with this one. The best friend of a fallen hero. Tank returned … with three tennis balls in his mouth. There have been several articles that debate whether or not this story is true. Aside from inconsistencies about not opening the letter sooner, database searches have not shown anyone that fits Mallory’s description, and there is no record of a Silver Star going to that name.

There is, however, one thing that everyone agrees on. Tank’s story doesn’t have to be true to be important or impactful. There are countless soldiers who have had to give up their pets. Dogs on Deployment and Guardian Angels for Soldier’s Pet are places that help with fostering or finding forever homes.