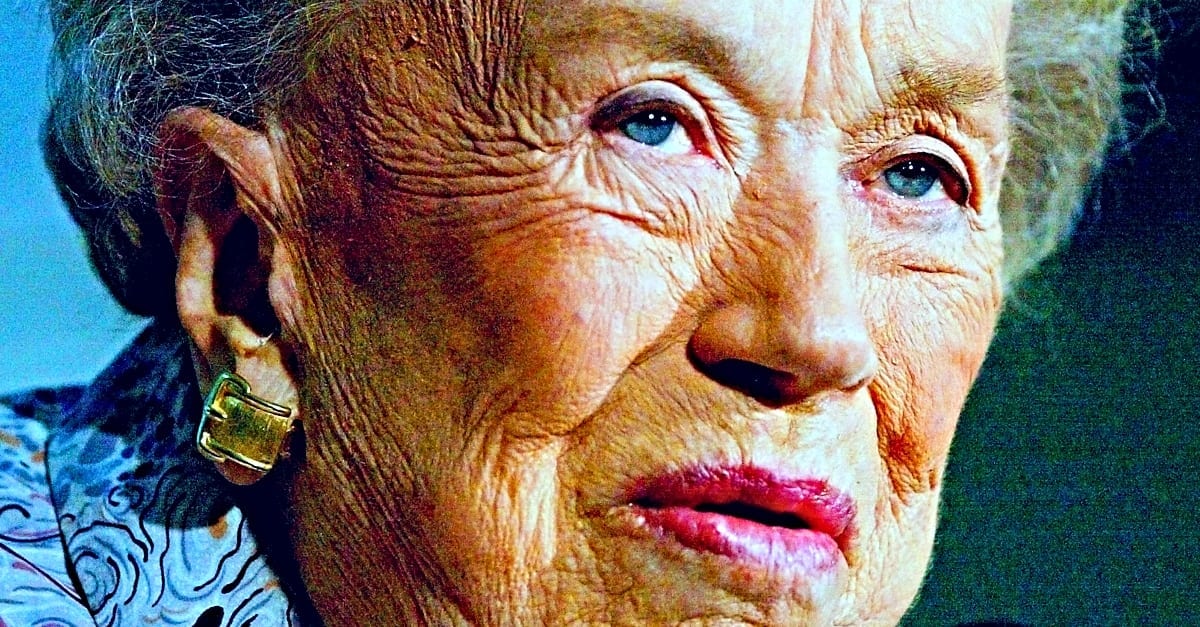 Julia Child was an iconic TV personality and chef in the 1960s. However, by the time her career as a TV chef took off, she was already middle-aged with a life full of shady dealings shrouded in mystery left behind her.

Despite her wholesome and family-friendly demeanor, Julia Child is not as innocent as she looks. When records on her activities became declassified in 2008, four years after her death people were shocked by what she had done. Sharks, explosives, and the CIA were just some of the things that she had been involved in. 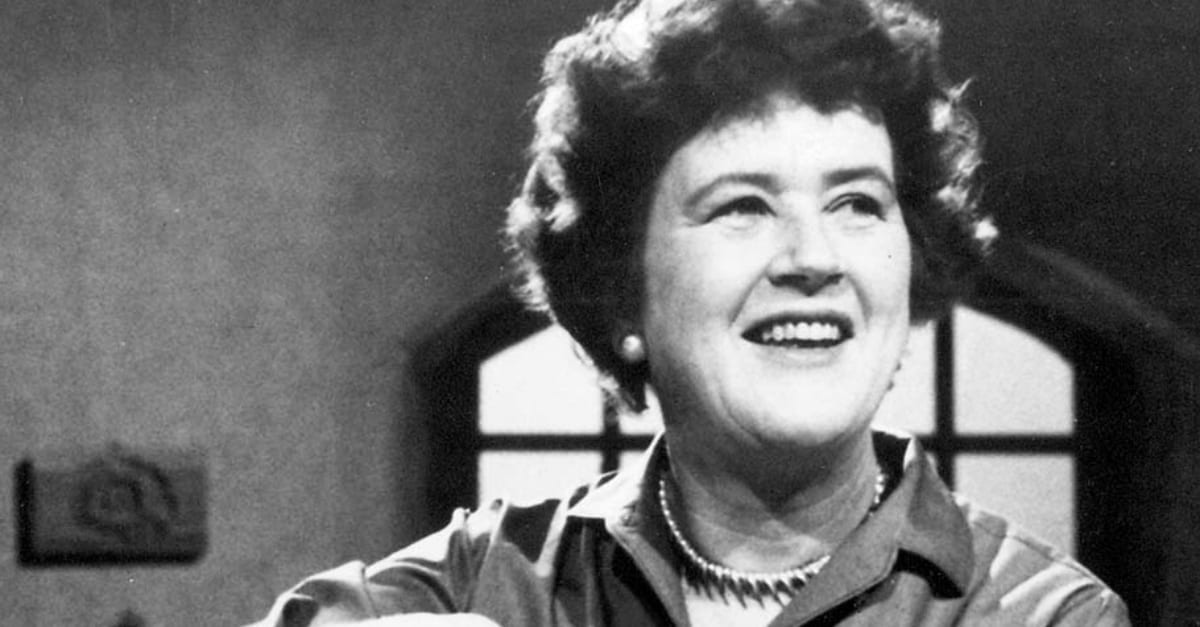 Julia Child grew up dreaming of joining the military, unusual for a woman of her time where most women were housewives or if they worked, were secretaries. However, after attempting to join the military she was turned down due to her height.

At 6 foot 2, Julia Child was too tall to enlist in the military. Julia was not going to let her height deter her from her dream. She was hell-bent on a life involved with the military and she would get there by any means at all. 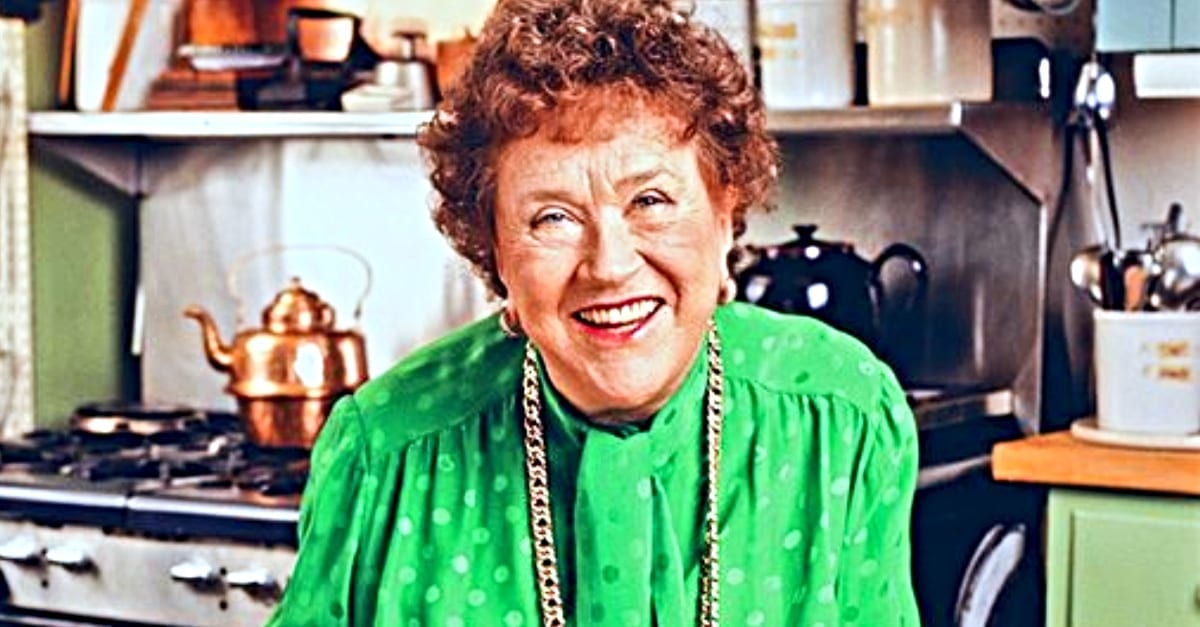 It is almost inconceivable for anyone who remembers Julia’s warm, friendly nature and beaming smile from her TV cooking days to think of her as someone who was involved in the dirty work of war.

She was an icon amongst housewives in the 1960s and her funny personality while on TV made her feel like an extra member of the family on a screen. When the public learned about her work during WW2, they were left questioning how genuine Julia was. 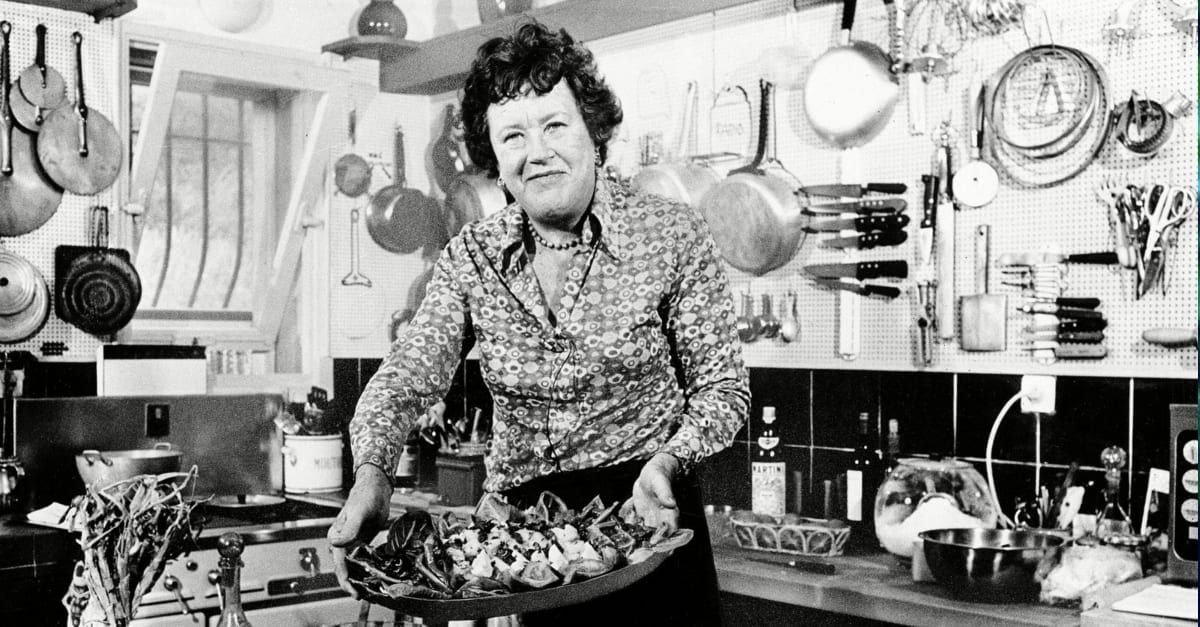 Other than joining the military and contributing to war, Julia had one other big passion in her life and that was cooking. She especially loved French cuisine despite not being French herself.

She even wrote a bestselling book on French cooking called ‘Mastering The Art Of French Cooking’. But oddly enough, Julia Child never cooked growing up, in fact, she was raised with servants who made her meals. So how did this warmongering aristocrat who never cooked wind up as a TV chef?

A Love Of Food 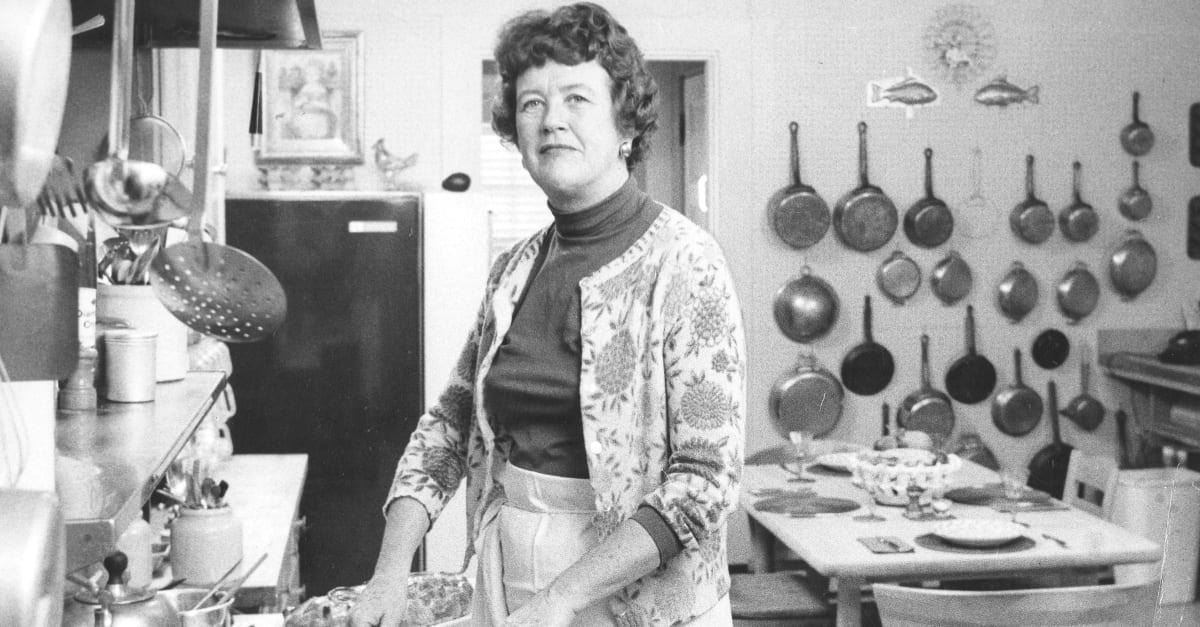 While she was in private school, she developed a love of fine food when she would go to a “very nice restaurant in an alley, where nice young ladies went, and we would have cinnamon toast with lots and lots of butter on it and beautiful California artichokes with hollandaise sauce.”

Despite her love of food, she could not cook. In fact, she never cooked until later in life when she met her husband, Paul. Cooking would become a way for her to escape and detach herself from the wild work she did with the CIA during WW2. 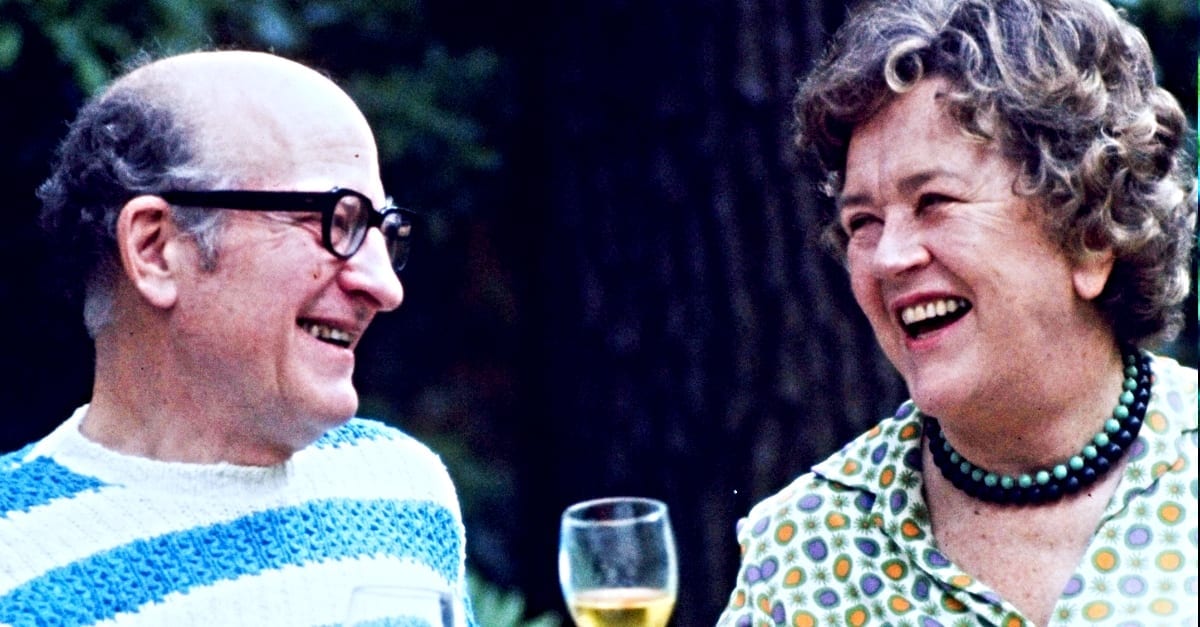 While working for the CIA, which was called the OSS (Office of Strategic Services) back then, she met her husband Paul Child who was working for the US Foreign Service during WW2.

He had a huge interest in cooking and French cuisine which he passed on to Julia. Her passion for cooking grew to overshadow her passion for the military after a fateful visit to Paris.

Training As A Chef 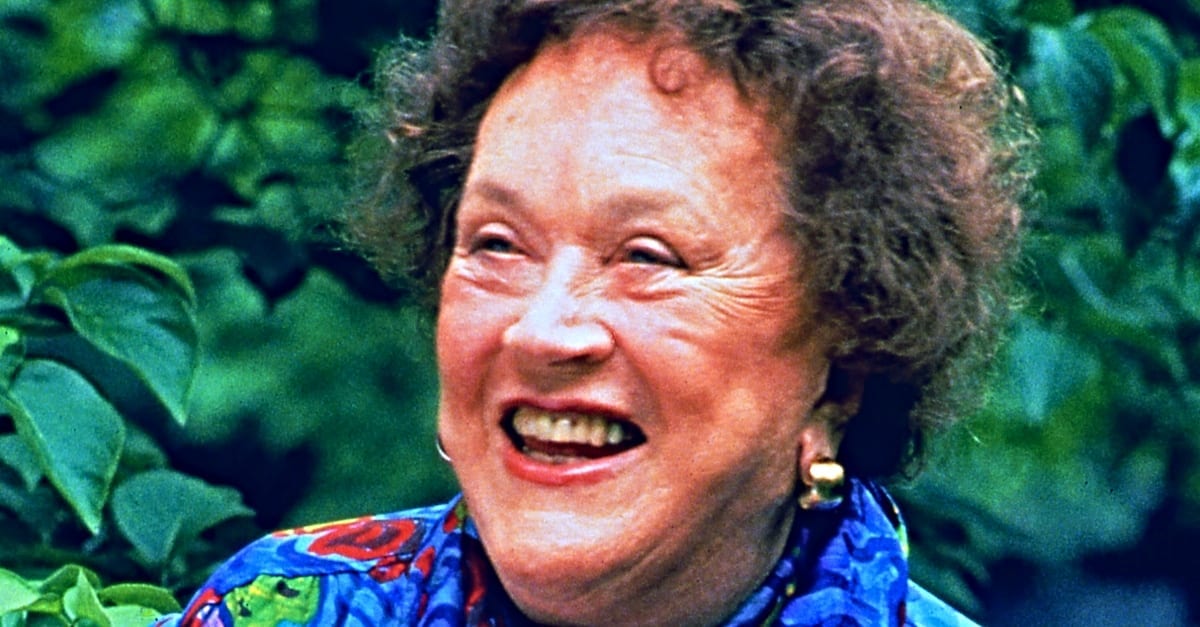 After a fateful visit to Paris with her husband Paul, Julia decided to train to be a chef at Le Cordon Bleu chef school there in the French capital. It was there that she learned all the skills she needed to write her book on French cooking.

After her book was released and was highly successful, Julia was offered her famous position as a TV chef on ‘The French Chef’. She was finally able to leave behind the shady dealings of her life as a CIA spy during the war. 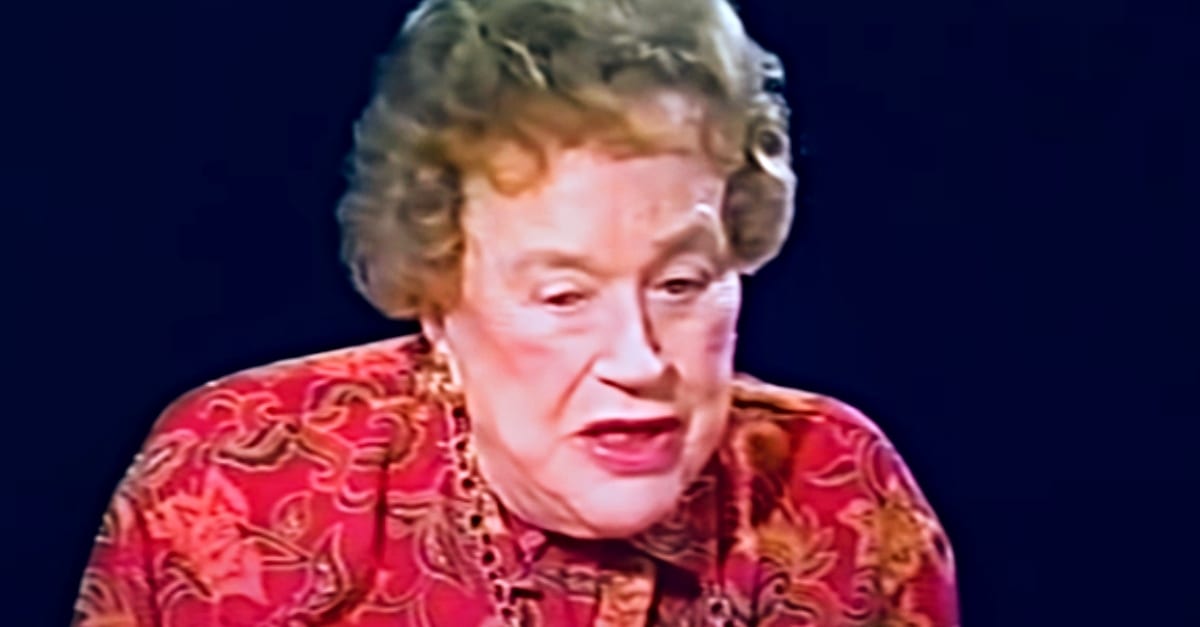 On the back of the success of her book ‘Mastering The Art Of French Cooking’, Julia was approached about doing a television show teaching American housewives how to replicate her cooking.

She became iconic as the friendly, bubbly woman we know her as today and was renowned for her approachable and down to earth nature. This was why it was so impossible for people to fathom what she had done during WW2. Julia did not seem like the type to involve herself in dark matters like warfare and spying. 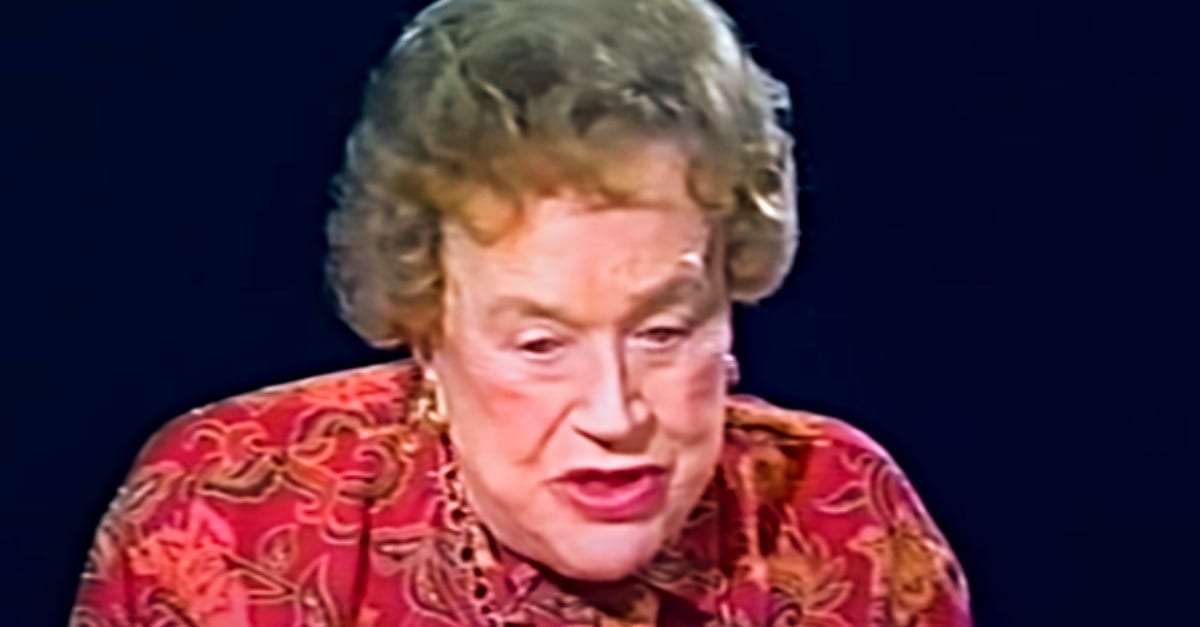 Her work with the CIA or OSS was a huge part of Julia’s life before she became famous but she was never vocal about what she did there and it was never found out until years after her death.

The OSS was involved in the execution of World War II and they dealt with propaganda, spying, and anti-Nazi efforts. Julia’s position with them was especially salacious and saw her having to deal with explosives and sharks while spying on the Nazis. It sounds like something out of a James Bond film but what exactly was she doing? 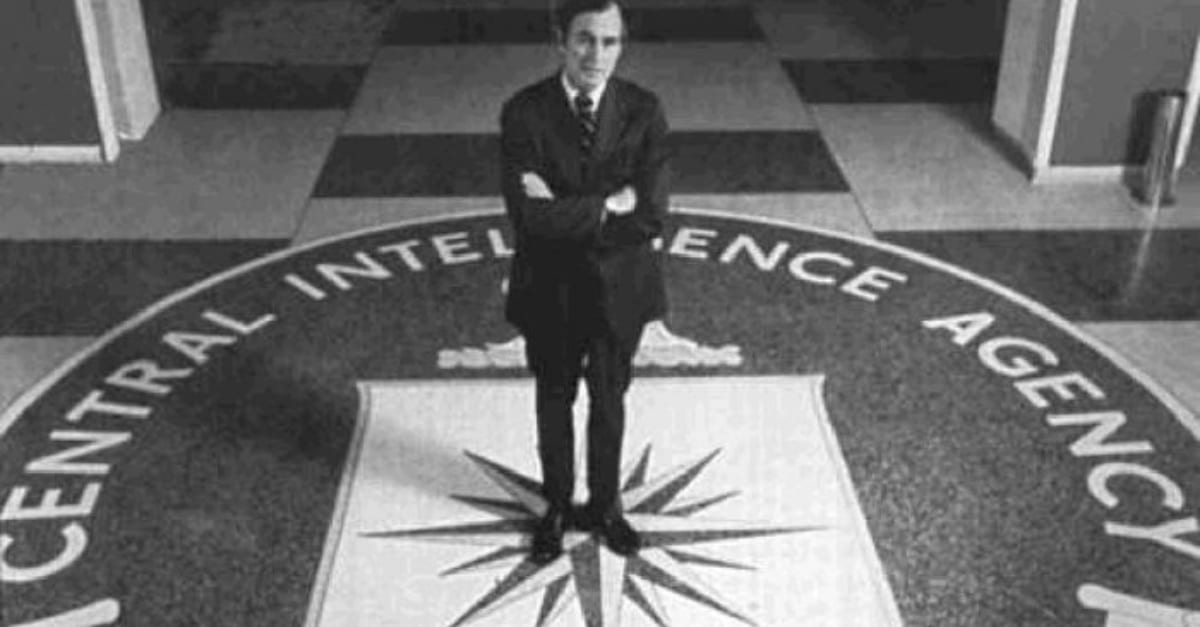 When first employed with the OSS, she was given the task of typing out and keeping track of over 10,000 names on their watchlist. She was then moved to a department that was developing shark repellant to work as an assistant to them as they needed to ensure sharks would not explode ordnance targeting German U-boats.

While working with them she was asked to help out figuring out why too many OSS underwater explosives were going off because of curious sharks. Her suggestion marked her first dabbling in the world of cooking by cooking up various concoctions to sprinkle in the water to act as a shark repellent. However, this wasn’t the only work Julia did with the OSS. 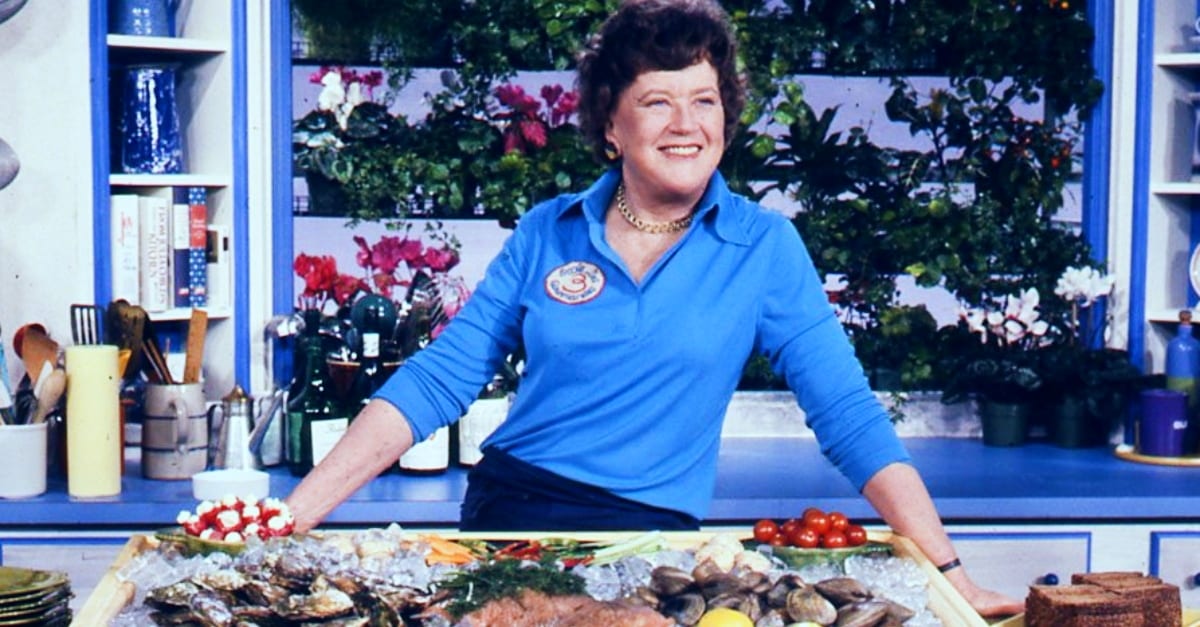 Julia Child was also sent out to Kandy, Ceylon which is now known as Sri Lanka to work at “registering, cataloging, and channeling a great volume of highly classified communications” for the OSS.

She also worked in Kunming in China where she received the Emblem of Meritorious Civilian Service as head of the Registry of the OSS Secretariat. She was an impressive woman whose early life was shrouded in mystery for years but she will always be remembered for what her kind-hearted nature.

Julia Child will be remembered forever as the quintessential television chef who sparked off a movement of various TV cooking shows. Her friendly and warm personality made her feel like someone you knew to keep you company as you cooked.

She is also credited with introducing French cuisine to America as well as all her work with the OSS helping America’s war effort during World War 2. Was there anything that the woman couldn’t do? Probably not.