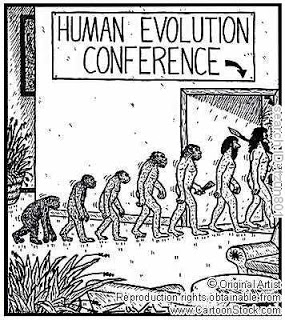 The fundamental issue with this question is that there is an assumption that humans evolved from apes – but this is not the case.  The simple answer is that humans did not evolve from apes:  both apes, humans, and other primates evolved from a common ancestor. The common ancestor was probably more similar to apes than humans in terms of appearance.  It is estimated that this lineage branched apart 8 million years ago – one branch leading to homonids (human-like), and the other branch leading to apes.  This estimate varies – some arguing the split was as close as 5 million years ago, others that it was as distant as 20 million years ago.

It’s important to realize that evolution is not a linear process where one species evolves from the previous, effectively “replacing” the previous.  Instead, it is a much more complicated process where species will branch off an existing line of ancestors.  Seperate branches evolve along different trajectories and can include major changes, minor changes, no change, or extinction.  The survival of an evolutionary line is dependent upon the ability of its members to live and reproduce in their environment.

The figure below illustrates the primate “family tree”: 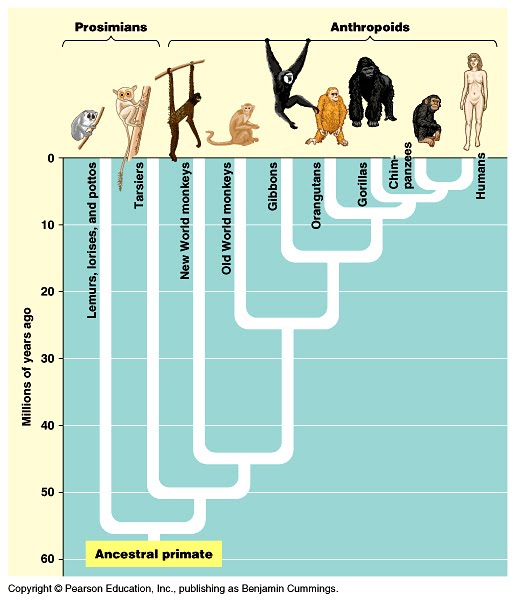 One of the reasons early human-like ancestors were able to survive was because they were better adapted to the emerging grassland environments than the ancestors of modern apes, which were predominantly tree dwellers. Therefore, the grassland-adapted species would not conflict with the tree-dwellers and they could coexist.

Basically, the question “if humans evolved from apes, why do apes still exist?” is analogous to “if North Americans came from Europe, why are there still Europeans?”.  Seems obvious, right?

For further reading, please check out Steven Novella’s article on the Skeptic Blog.