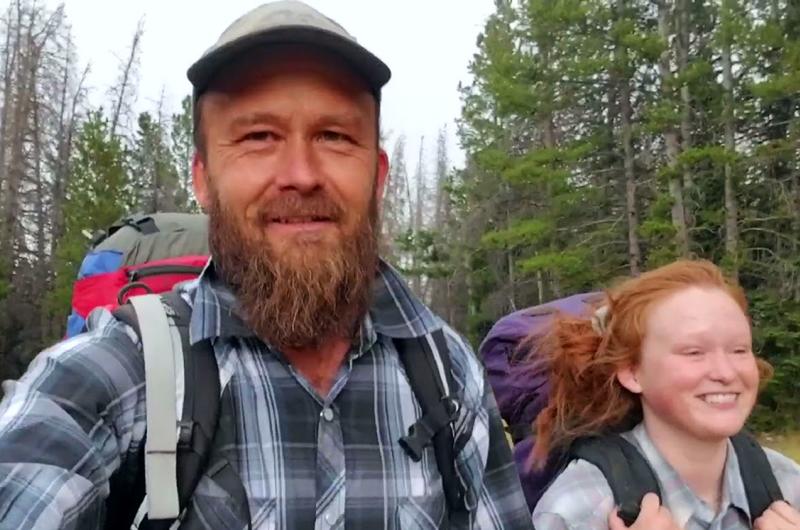 His mind filled with surprise as he heard a strange man’s voice call back. He had no idea someone else was in these parts of the woods.

His body catapulted into action with only one mission in mind. Nothing was going to stop him from looking for his daughter. As he ran and shouted for her but this strange man’s voice kept answering back. He followed the sound of the voice, hoping that she was alright. 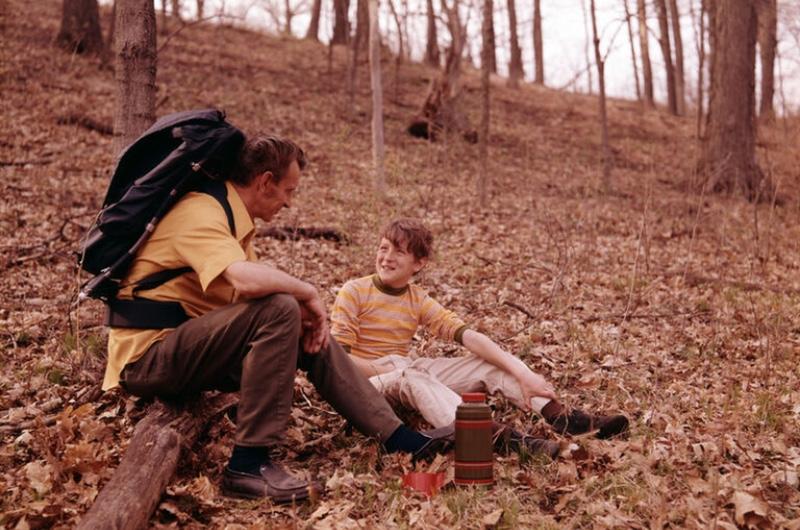 It started out like any other Saturday hike for John Utsey and his two kids, David and Brittney. John was a military man and loved to teach his kids some basic survival skills.

He also loved to get them outdoors and exercising. His son, David, was 10 and his older sister, Brittney, was 12. They were both eager to make their dad proud by showing him how capable they were. But today, that would be put to the test. 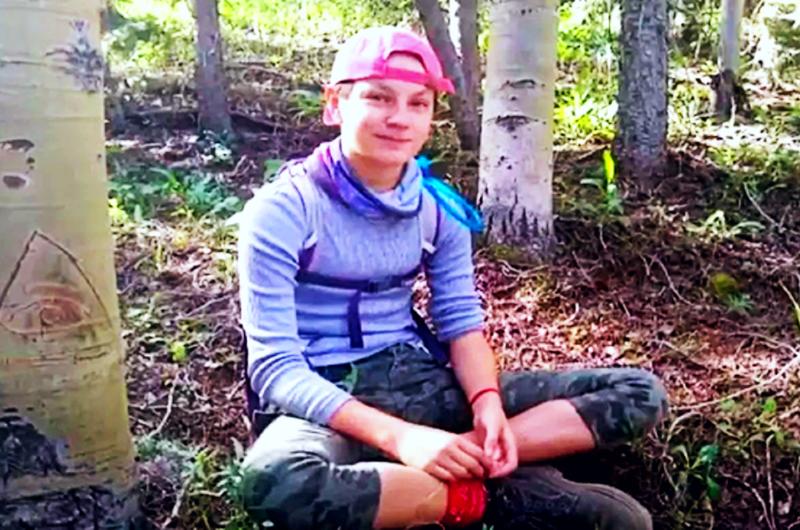 John often let his kids venture ahead of him to run and play. He trusted their hiking sensibilities and knew they’d have good footing if they ever came across dangerous terrain. But the terrain was the last thing John should be worrying about.

They were about an hour into their hike when things started to take a deadly and terrifying turn. 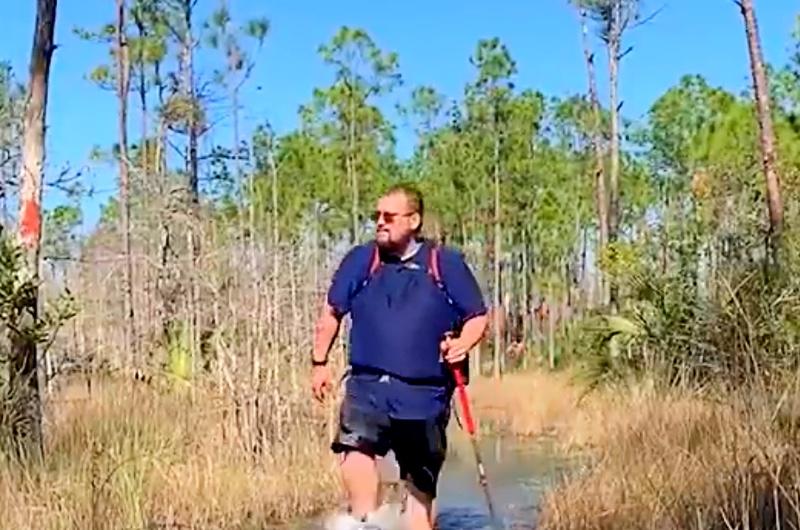 Hiking was a way for John to relax and let his mind wander and get lost in the beautiful scenery and nature that surrounded him. While he listened to his children’s laughter up ahead, he began to zone out.

Suddenly, he was woken from his reverie by an eerie silence. He looked up ahead and realized he couldn’t see his kids anymore. Using his sharp and deep military tone, he called out to them. 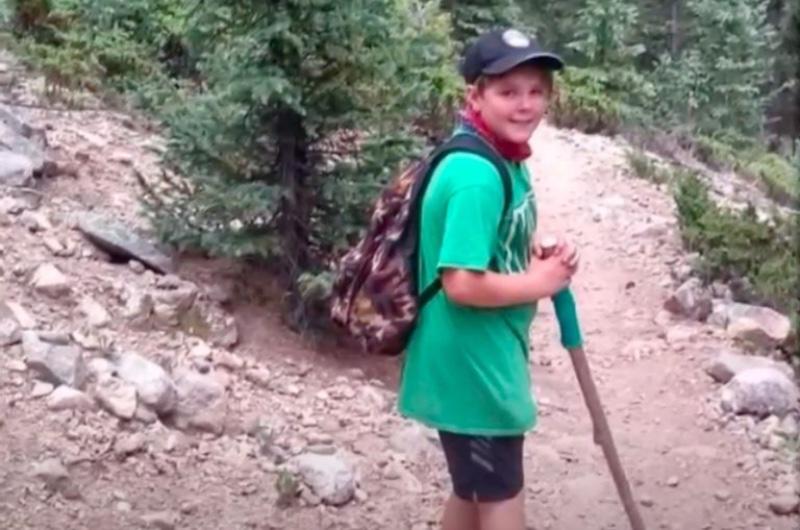 He listened, expecting a reply, but he heard none. Now, panic began to set in. They’d always call back. He raced ahead, continually shouting their names into the wooded mountain range.

But just before he could imagine the worst, he sees his son come out from a forested corner. John inhales, breathing a wash of intense relief he hadn’t felt in a while. But it wasn’t all as it seemed. 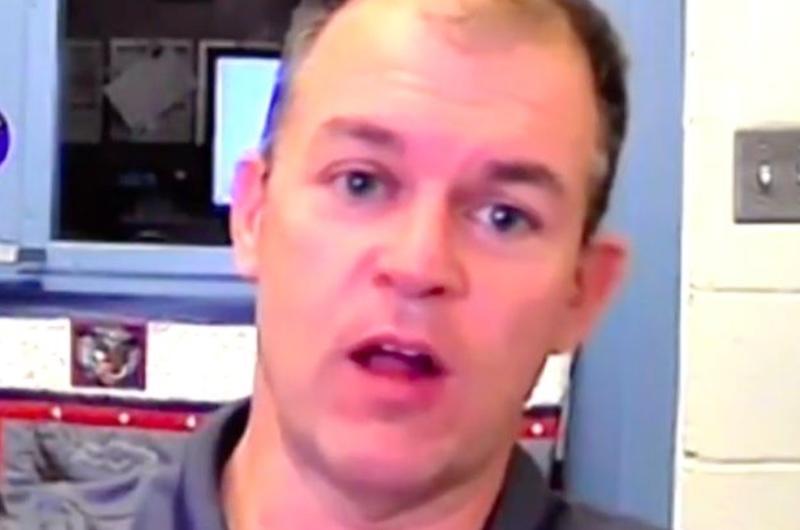 David ran up to him. But once John looked at him, he knew something was wrong. He looked just as relieved to see him. “What’s wrong?”, he asked. “Where’s your sister?”. He frantically looked around them.

“I don’t know”, he replied. “I can’t find her”. John’s stomach dropped as his blood ran cold. This woodland was huge. Not to mention, bears and cougars inhabited this land. But that wasn’t all that lived here. Something else lingered just around the corner. 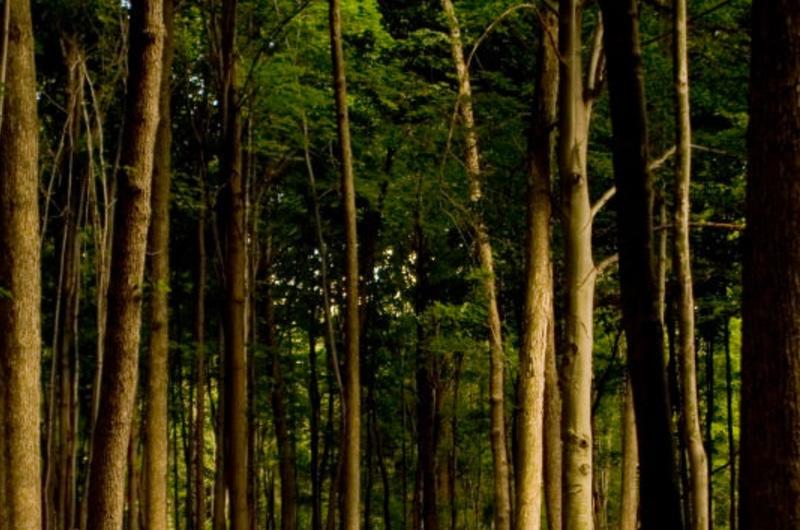 John grabbed his son and told him to stay by his side as they continued upwards. His shouts bellowed throughout the forest like the sound of thunder. He shouted for what seemed like forever but then froze.

His feet felt glued to the ground as he heard a voice shout back. But the voice he heard was not his young daughters. No, the voice belonged to someone else. 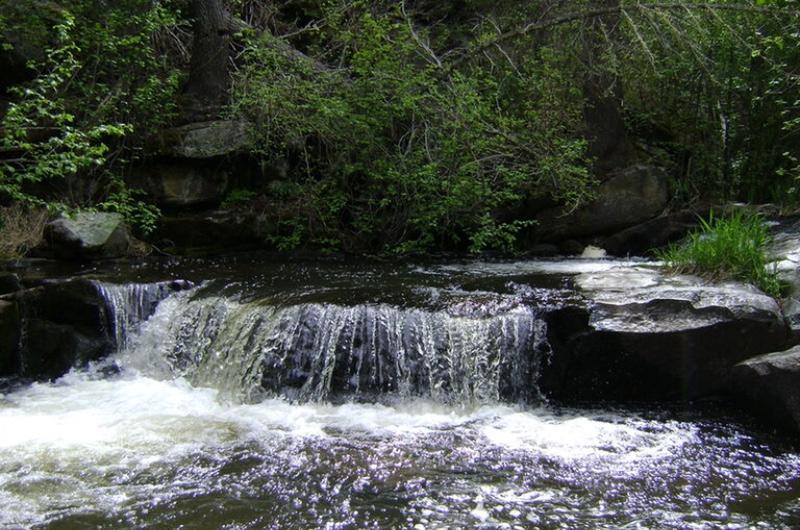 John brought his kids on a trail less-traveled on this mountain, and he saw no parked cars of any other hikers out today when he pulled into the mountain starting point.

His mind raced as he chastised himself for being too careless. John had heard a man’s voice call back. He had no idea someone else was in these woods. His sudden presence spooked him, especially as his daughter was still somewhere. After his initial shock, John’s body catapulted into action. He told his son to stay right there as he charged towards the strange man’s voice. It sounded close.

As he continued to shout for his daughter, this strange voice kept answering back. John couldn’t keep his mind from panicking about what the hell was going on. Why wasn’t she answering back? 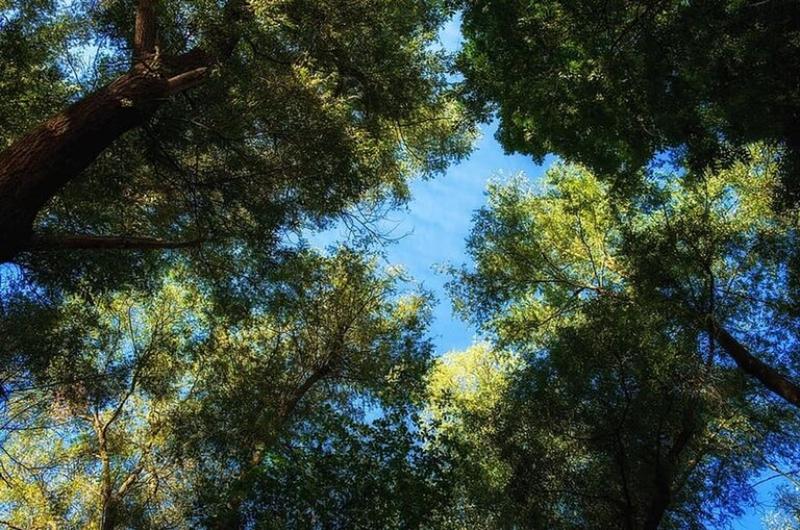 He was close now, he could feel it. He hoped desperately that what he’d find wouldn’t be any of the dark scenarios he painted in his mind.

He rounded the corner of a big boulder and saw his daughter standing, frozen. He shouted out to her. It seemed to snap her out of a trance. She looked at him, eyes wide, but worry stretched across her face. She turned her head. 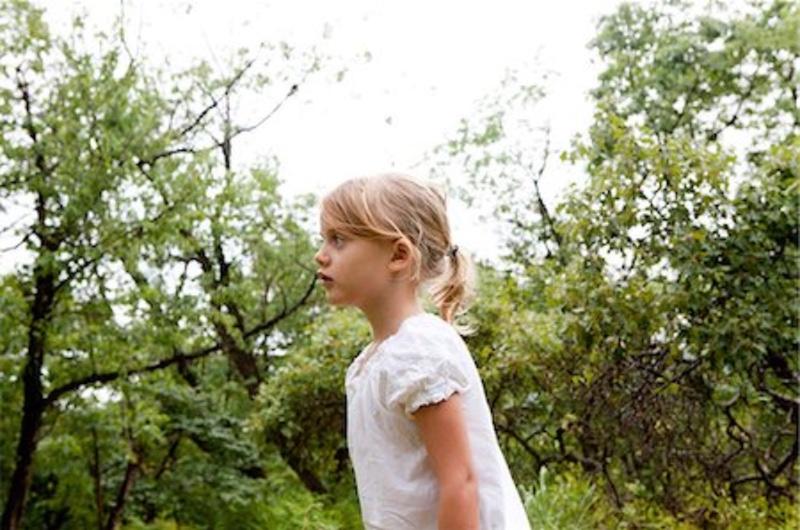 She turned back to the direction she was looking at before. Confused by her reaction, John followed her eerie gaze. And then he saw it.

It was the man who had been shouting. His arm was raised in the direction of Brittney. He was gesturing to her, and she stood, frozen in place. John ran up to her and held her tight. But then he realized what was happening. John found his daughter scared and frozen, looking over at a man lying on the ground. He was frail and barely had enough energy to lift his hand. He was gesturing to her for help.

It took all his might to reply to John’s shouts. John raced over to him and quickly asked him what happened. He reached his hand into his backpack and gave him food and water. Suddenly, he leaped up.

In all his panic to find his daughter and fearing he was running into a dangerous situation, he left his son behind. He told his daughter to help the man as he ran back to his son.

Finally, they were all together again. He asked the strange man again what happened. But he could barely talk. There was no service to call for help and the man couldn’t walk. John had to think fast.

Not Out Of The Woods Yet 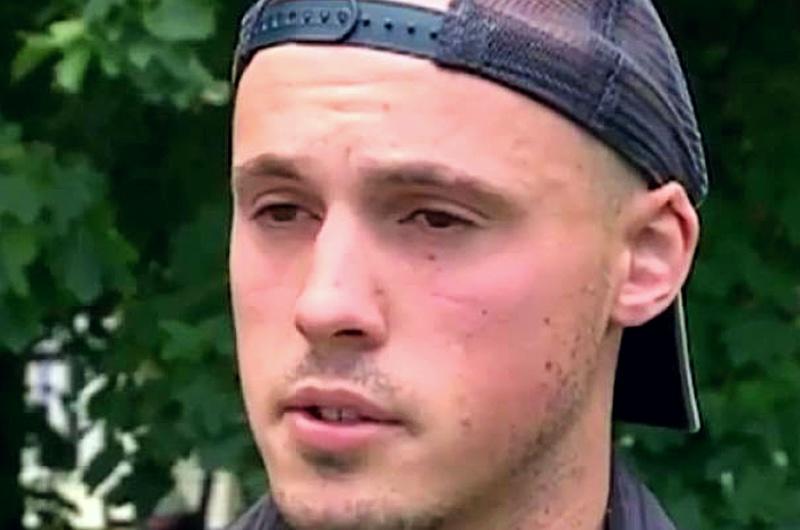 John later learned that he and his kids had found a 50-year-old hiker who went on a hike 5 weeks ago, only to turn up missing the next day.

He had taken a fall and couldn’t move. As the days passed, his strength did too. But, even though he’d been found, he wasn’t out of the woods yet…

In A Bad Way “He was lying beside a creek. His legs didn’t — he couldn’t stand. He couldn’t move. He was delirious. So he wasn’t making much sense,” John recalls.

“His lips were all chapped to the point they were bleeding. His tongue was swollen. He was super gaunt and skinny. I was like, ‘this guy really needs help.'”

He left all his rations with the man and told him he’d return with the police. John and his kids raced down the three miles to the carpark and immediately called for help.

Sante Fe firefighters arrived on the scene within the hour, and John gave them the exact GPS location of the man. But then, a problem arose. Even with the exact coordinates that John had given them, the team of firefighters couldn’t locate the man. John was devastated when he discovered that they had looked for him for eight hours — to no avail.

When darkness fell, the captain of the search party called off the search. John tossed and turned in bed that night, thinking of the poor man that they’d left to fate. What could he do? “So, I’m laying there like, ‘this guy is still in the mountains.’ So, at 9 o’clock Sunday morning, I put my hiking boots back on and hiked back.” John told CBS News.

Determined to find the man and rescue him, John followed the GPS coordinates and retraced his steps back up the mountain, praying that he’d find him. But time was running out.

Not Taking Any More Chances It took him more than an hour to reach his destination, but eventually, John rounded a corner and found the man — exactly where his daughter had found him.

Then, he dashed back to the carpark once more and called 911. The poor hiker was worse for wear after another night in the woods. This time, he wasn’t going to be taking any chances. John called 911 just before noon. He had to wait for four hours for the team to arrive. Then, John led two separate rescue teams to the man, who was still holding on.

Nathan Garcia, the captain of the Santa Fe Firefighters was astonished when he learned how long the man had lain there for and what he’d done to survive.

An Amazing Will To Live 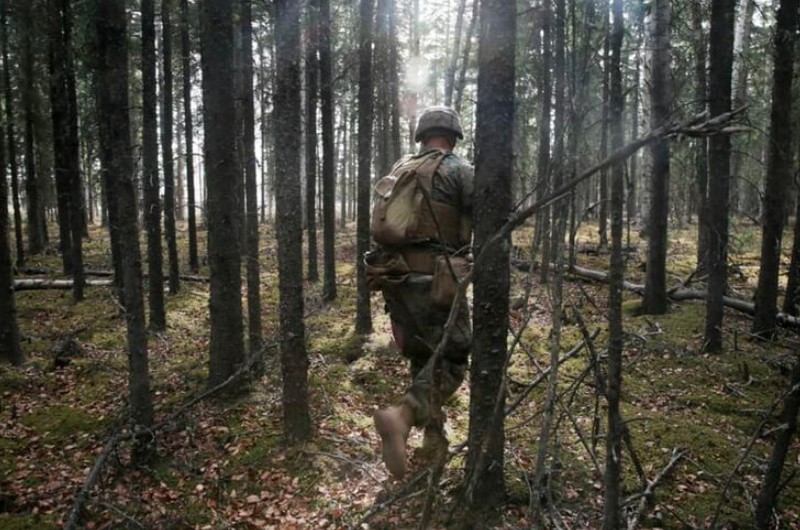 “Never had we found somebody who had been out for that long,” said Nathan in an interview.

“It’s hard to say. The human body can do some amazing things sometimes but I don’t think he had very much left in him. He seemed kind of at the end when we did actually encounter him.” So, what happened? The man, who was an experienced hiker, had injured his back on the trail to the extent that he couldn’t even stand, let alone walk.

His rations quickly ran out and he went more than a week without food. Thankfully, he had his filtered water bottle with him. And he was lucky that he’d collapsed near the stream…

Crawling To The Stream And when the rescue team finally found him, his body temperature had dropped dangerously low. Before moving him, they had to warm him up… and fast!

Luck Was On His Side The rescue team built a fire and wrapped the man in blankets. When he was warm enough, they carried him out. “He had the will to survive for sure,” said Nathan.

And if it wasn’t for John’s perseverance, he may never have been rescued. What was the almost-fatal mistake that even an experienced hiker can make? To avoid tragedy on the hiking trail, hikers must follow this one simple rule: stick together at all times. Even experienced hikers can have a trail turn deadly in a matter of seconds.

With nobody to help him and no way to call for help, the hiker’s fate could have been a lot direr had John and his family not stumbled upon him!